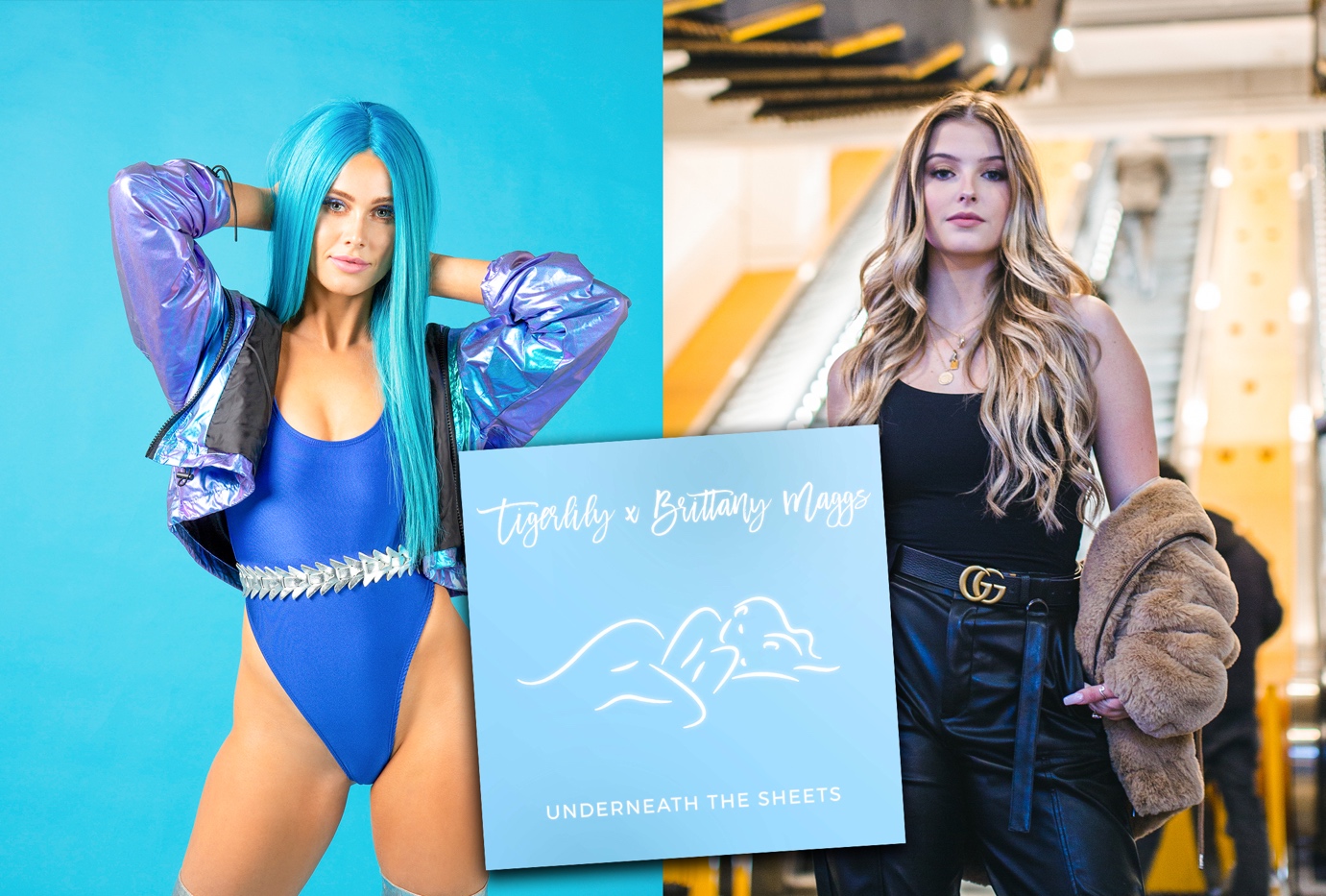 A fresh sounding, hard-hitting club anthem – ‘Underneath the sheets’ is an ode to those who’ve ever been in a one-sided relationship.

On the collaboration, Tigerlily said, “Brittany is such a talented, young vocalist. As soon as I heard the song, I wanted to work with her to create a version that could fly at festivals. I feel the track is lyrically deep, but it bangs!”

“I’ve been such a huge fan of Tigerlily for so long and when the opportunity came up to work together it was an absolute yes from me and I absolutely love the way Dara has reinvented my song”. Added Brittany

Written with a team of internationally acclaimed writers: Swedish based Aussie Brooke Toia, American Cetera Et Cetera and Sydney based Liam Quinn (Illy, Ruel) ‘Underneath the sheets’ pulls on strong hooks and a powerfully emotive vocal performance by Maggs, whilst Tigerlily’s signature anthemic production makes this track an absolute must to open your quarantine party playlist! and comes accompanied by a cheeky animated video.

Having already amassed a legion of passionate fans both locally and abroad the pair can boast a collective of over 1 million social media fans; Tigerlily, well established on Instagram whilst Brittany has found recent fame on both the TikTok and Youtube platforms with her videos amassing more than 8 million views.

Maggs recently travelled around the country, performing a series of regional and metro shows supporting Eurovision star Dami Im, whilst Tigerlily is a well-known fixture on the Australian festival circuits.

The Australian duo are both keeping busy in their studios writing new music for release later this year and don’t rule out further collaborations in the future. With a collection of new music on the horizon, the supremely self-assured, anthem that is ‘Underneath the sheets’, means it’s a track to watch in 2020.