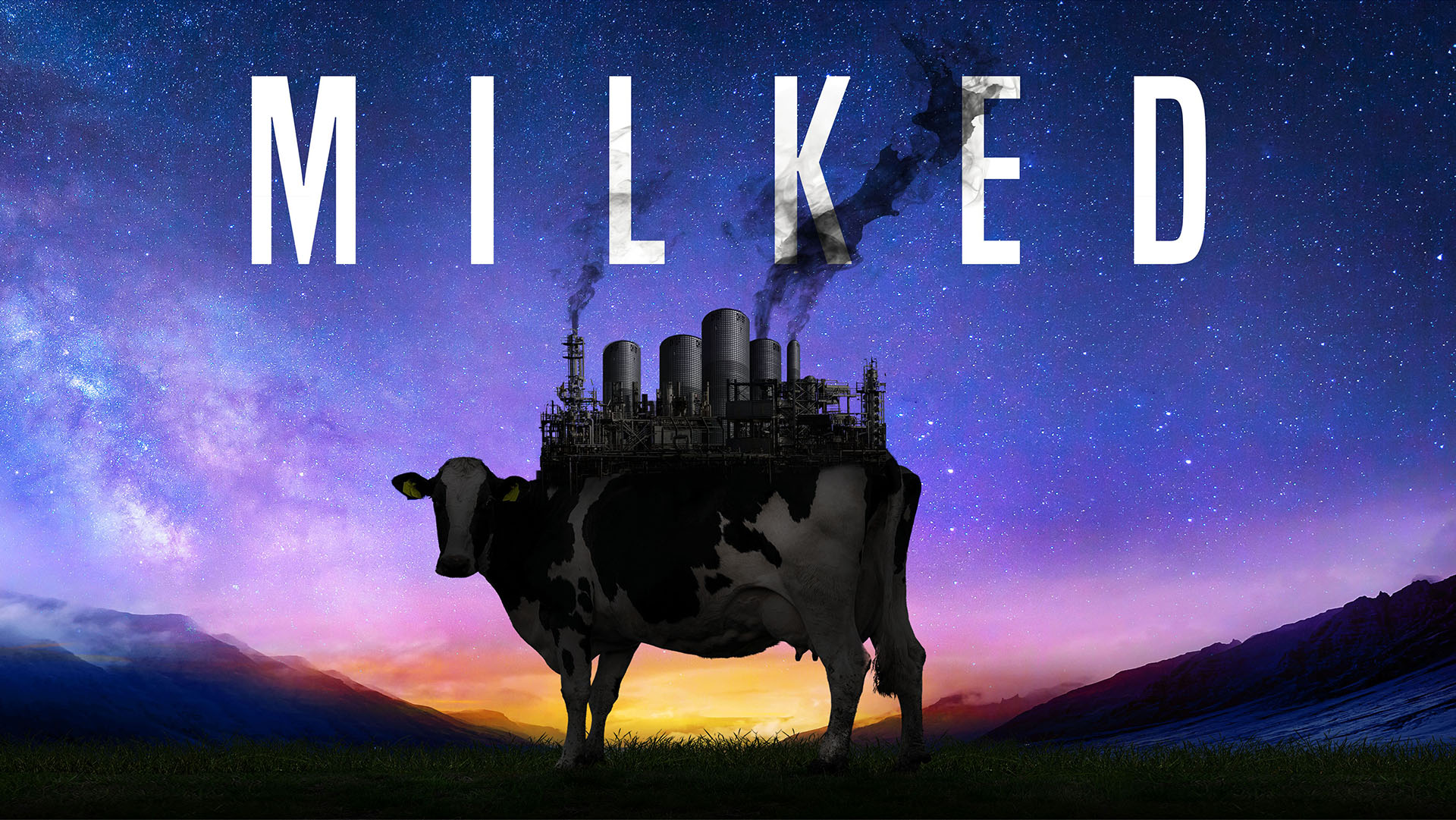 MILKED, the award-winning kiwi film that exposes the whitewash of New Zealand’s multi-billion-dollar dairy industry, is now streaming globally for free via WaterBear, a video on demand platform dubbed “Netflix for Nature”.

Produced and directed by Coromandel-based filmmaker Amy Taylor of Ahimsa Films, the documentary feature follows young activist Chris Huriwai (Ngāpuhi, Ngati Porou, Te Ātiawa) as he travels around New Zealand, searching for the truth about how this source of national pride has become the nation’s biggest threat.  MILKED chronicles how Aotearoa New Zealand has gone rapidly from a land with no cows to being the biggest exporter of dairy in the world, but the industry seems to be failing in every way possible.

In keeping with the filmmaker’s objective of creating real-world positive change, the official MILKED website provides viewers and supporters with a number of ways they can take action by reducing dairy consumption, helping farmers to transition out of dairy and more.

Moderated by Chris Huriwai, the panel will further address the question “what’s next?” and how we can transition our society into a more sustainable, dairy-free future.