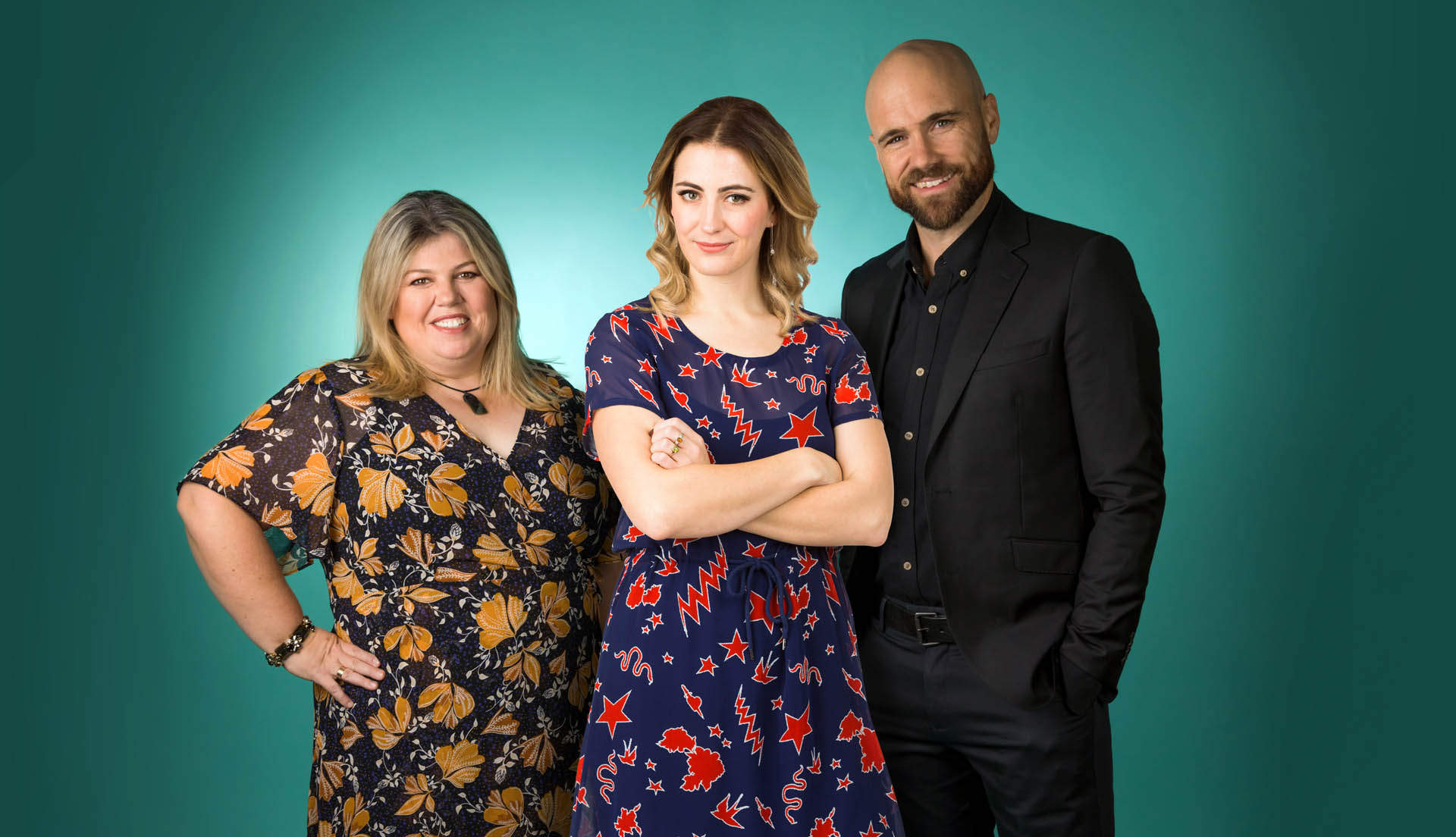 Buzzers at the ready: Have You Been Paying Attention?, is getting a Kiwi comedy twist when this fast paced quiz series lands on TVNZ 2 later this year!

This new weekly series is an original Australian format that’s big on laughs, turning headlines into punch lines, with nothing being off-limits and a hilarious new way to digest the week’s news.

Comedian, actress and host of TVNZ 2’s The Great Kiwi Bake Off; Hayley Sproull will take on the role of host, trying to keep five comedians in-line each week. Those keeping Hayley on her toes are regular contestants Urzila Carlson, the comedy queen who’s appeared on the Australian version and radio funny man Vaughan Smith (ZM’s Fletch, Vaughan and Megan).

Of her new gig Sproull says: “I generally operate at a pretty rapid pace, so to host this fast paced, wild ride of a show is a perfect fit and I can’t wait! Urzila and Vaughan are going to be two very hilarious, naughty rascals to contain, but I think I can handle them.”

Have You Been Paying Attention? will test New Zealand’s comedy talent in a battle of wits each week. Regulars Urzila and Vaughan will showcase their current affairs prowess alongside three rotating guests, unpacking the hot topics of the week: politics, sports, pop culture news and international affairs to test just who’s been paying attention…

When asked about what viewers can expect, Sproull says: “Kiwis will love seeing some fresh as well as some familiar faces each week and I can promise you’ll become addicted to the show and will be screaming the answers at the tele.”

Have You Been Paying Attention? is set to premiere on TVNZ 2 later this year.

Be part of the audience! See the action play out LIVE, as our contestants show off their knowledge of all-things news of the week and more importantly – just how well our contestants have been paying attention. For more information PLEASE CLICK HERE.