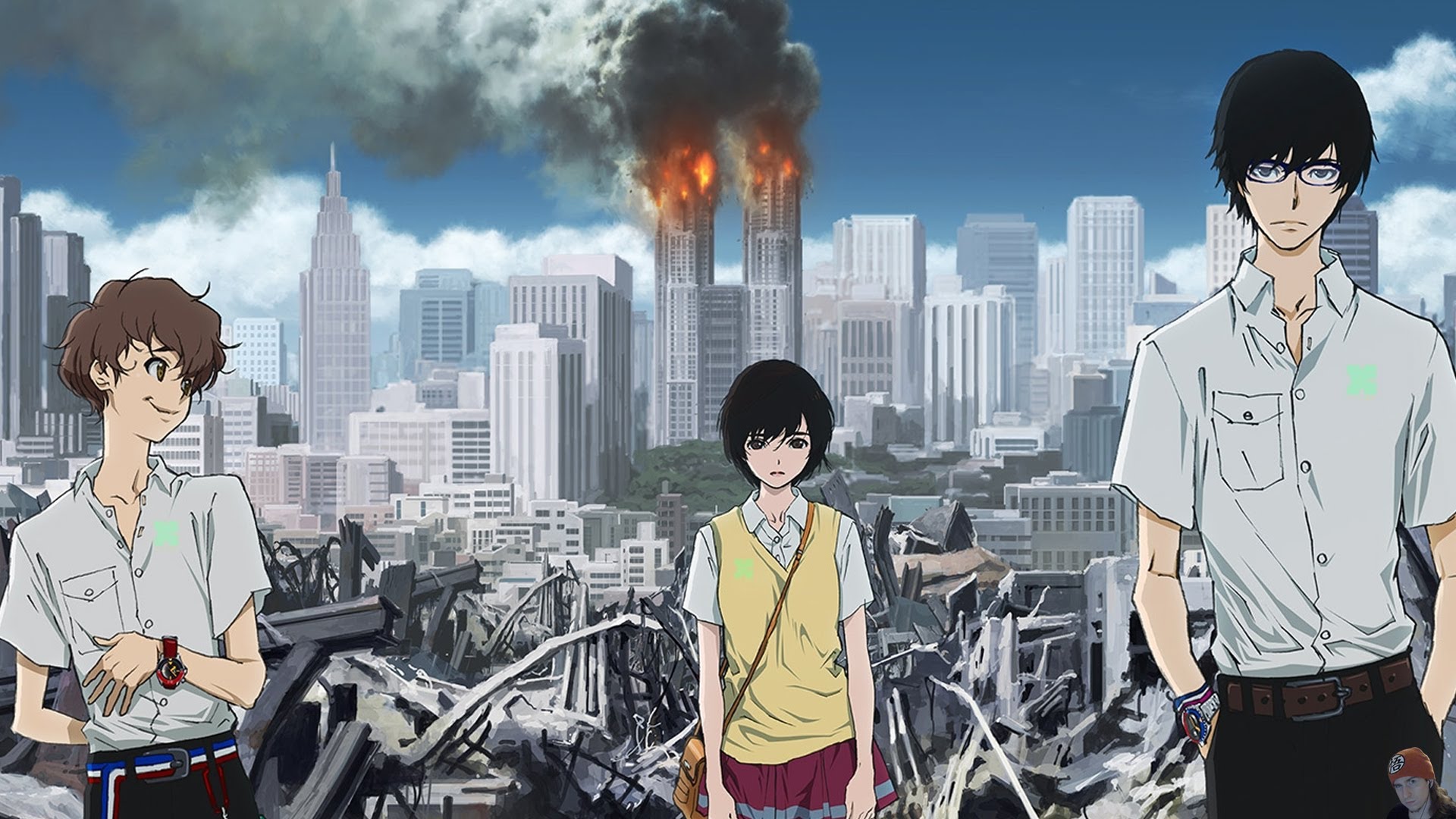 Do you love a good mystery, thriller, anime the likes of Death Note? Then this anime could be for you.

Terror in Resonance, directed by Shinichirō Watanabe, is an original Japanese anime series with an amazing soundtrack by the talented Yoko Kano. The anime, licensed by Funimation for North America and Madman Entertainment for Australia and New Zealand, follows the story of two mysterious boys and their plans to bring terror and destruction to the world.

The anime’s plot is strong and starts off with a captivating opener that will no doubt raise your interest. Anonymous bombings mysteriously begin to occur around Tokyo, Japan, disrupting the city’s usual peace and tranquility. These terror attacks go unnoticed and places the entire city in a state of alarm as the police go to great lengths to track down the mysterious bombers while reassuring the public. The only clues the police force have to go on? Anonymous and untraceable videos by the bombers, who call themselves Sphinx, uploaded with the pure intent of antagonising the police, creating fear and “waking up the world”. 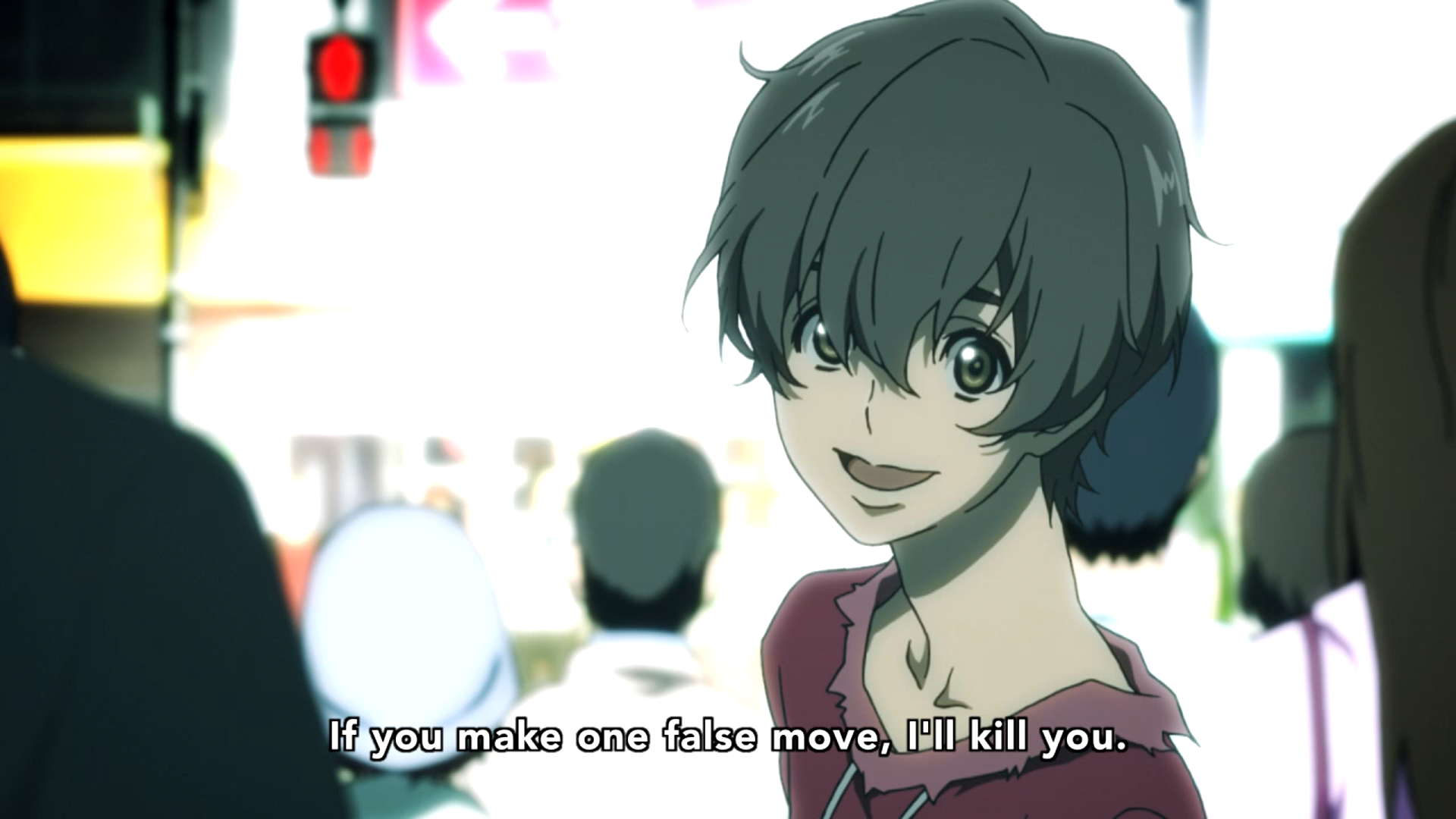 We are quickly informed of the bombers identities, Nine and Twelve (even their names are mysterious and ignite curiousity), and watch on as they plot their attacks while immersing, or rather hiding, themselves within the general population by enrolling into a normal, typical Tokyo high school. It is here that they meet their accomplice, Lisa, a timid and broken girl, bullied by both her peers and her own mother.

The characters of Terror in Resonance are brilliant in their own way. Each with different personalities, back stories and identities, the three main characters are intriguing. Their dark pasts and interactions with one another is both chilling and thrilling. The addition of semi-retired ex detective Kenjirou Shibazaki, an intelligent problem solver and case-breaker, brings about the interesting concept of a cat and mouse chase, a concept that is rather familiar and similar to that of the widely popular anime, Death Note. 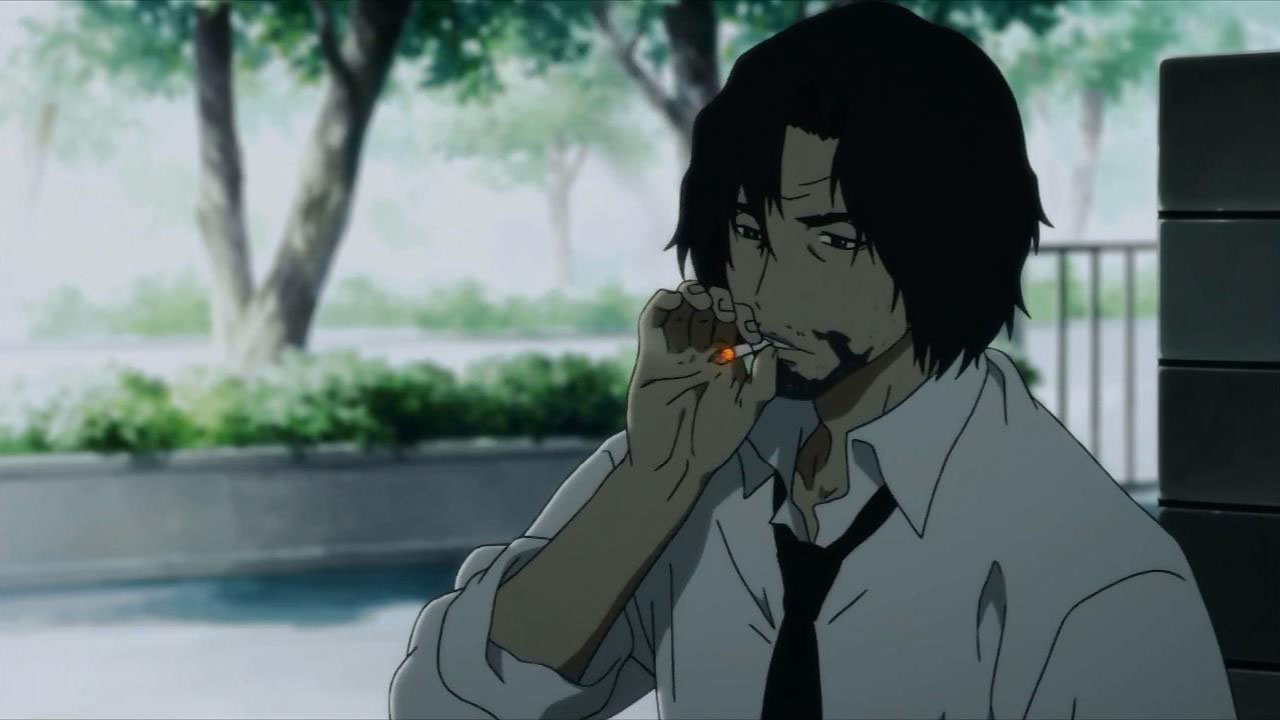 Terror in Resonance’s plot is unique and rather daring. Witnessing terror attacks on some of Tokyo’s skyscrapers brings about the melancholic memories of one of the biggest terror events in history, 9/11. While the story and objectives behind the attacks are different, the main ideals driving Nine and Twelve aren’t difficult to understand. The attacks mark a desperate need for societal change while attempting to dark secrets from a broken past secret, all the while with innocent police officers stuck in the middle. What better way to attract public attention than by instilling fear? What I really enjoyed was the way in which Sphinx gave clues through riddles and the intelligent ways Kenjirou solved them. Definitely a nod to Light and L in Death Note, which I can’t tell you enough; I really love.

As with other anime, art style and visuals are important to me personally. The visuals in Terror in Resonance were stunning. Tokyo city looked incredibly vibrant and key locations sparked amazing memories of my very own recent trip to Tokyo. As for character design? It was very much obvious that this was a Japanese animation. The characters didn’t look as realistic as I would have liked, with Twelve having these ridiculously big eyes that gave him a puppy dog eye look constantly; a little weird for someone with rather terrible intentions. Similarly, Lisa’s timid design and wallflower-like look only made her appear to look like more of a gloomy and droopy flower than anything else. As for Nine? His character design was probably the most true to his character; dark, cold and slightly terrifying.

Terror In Resonance is certainly an anime worth watching and one I do not want to spoil for you. If mysteries, thrillers and gripping storylines are your thing, pick up this anime and give it a shot.