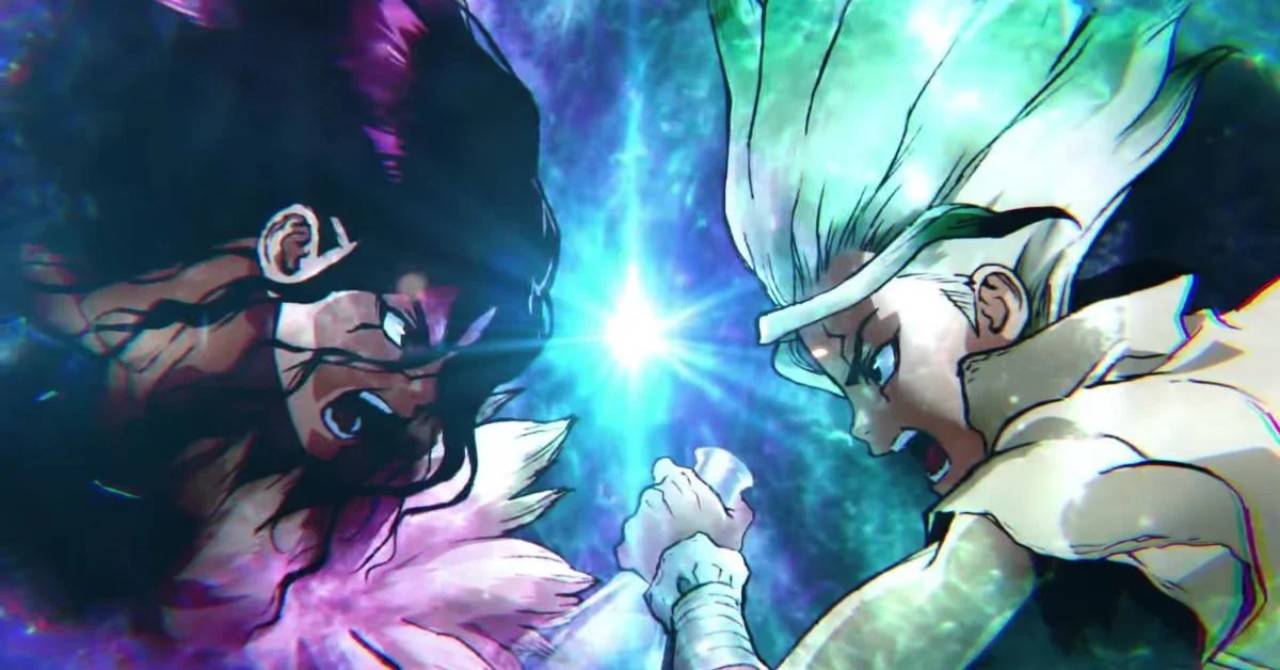 Well now the stone world is offering up Stone Wars, well the subtitle for the series is anyway, so this should be an amazing season.

If you haven’t seen it, the first series sees a bizarre wave of energy across the world which freezes a lot of living creatures as stone statues.

Senku is a young genius who loves science, and with his big brain, he realises that he still has consciousness in his stone form and does some counting to try to keep himself sane. One day thanks to some mysterious liquid falling on him he breaks out of his stone prison. 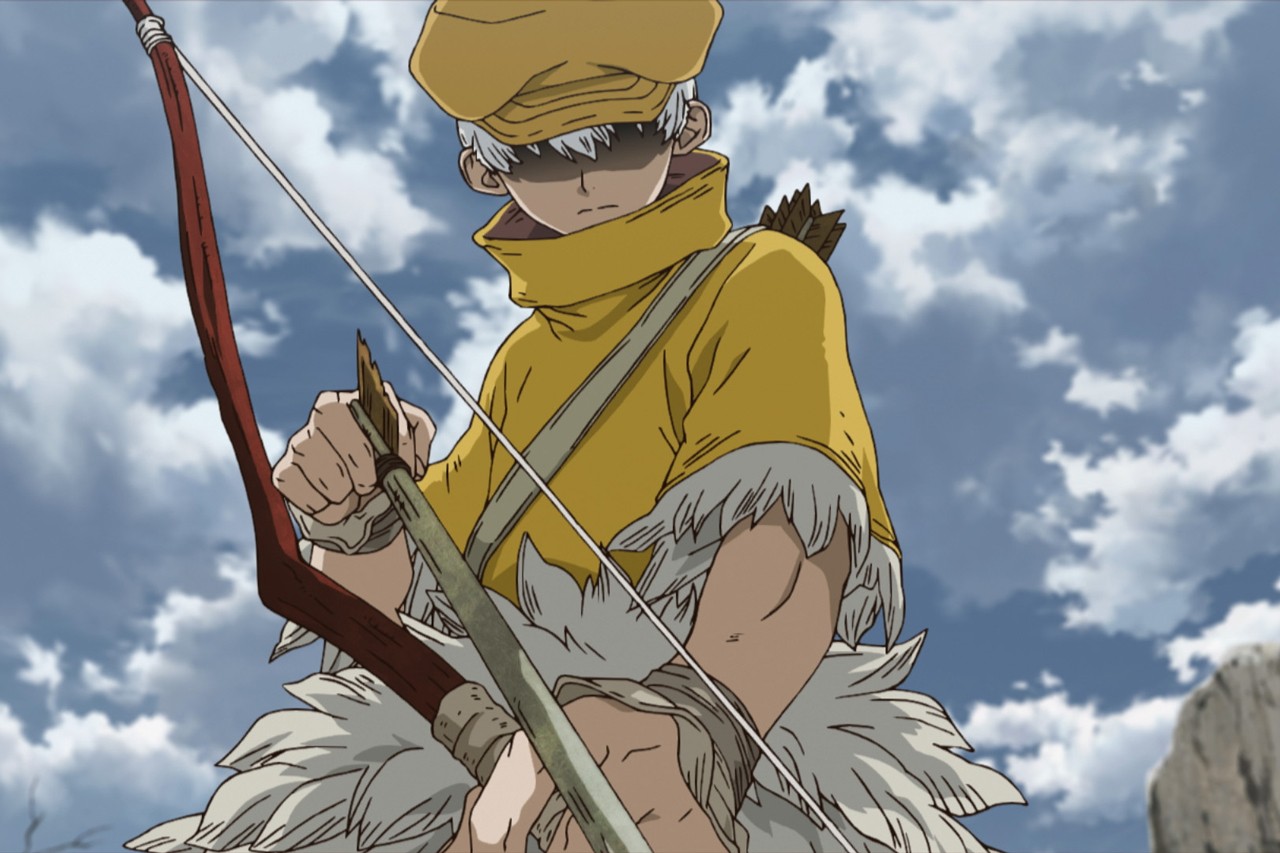 He then proceeds to bring back a couple of people, and one of the first people he brings back is a physically very strong young man called Tsukasa.

Tsukasa then proceeds to realise that instead of bringing everyone back, they should bring back specific people to ensure they don’t just recreate the flaws of the past. Tsukasa gets his statue smashing on, while Senku and his friends try to stop it, and before they know it the few surviving people are at war. Ensue some chaos, and we get to Season 2, Stone Wars.

Now based on that subtitle I was expecting some truly crazy battles as the wars kicked off. If you are expecting that then temper your expectations. The vast majority of the season is what we have come to know from it, Senku inventing stuff with current knowledge of the world and technology but with primitive tools to work with.  Eventually there is a short but relatively big battle. 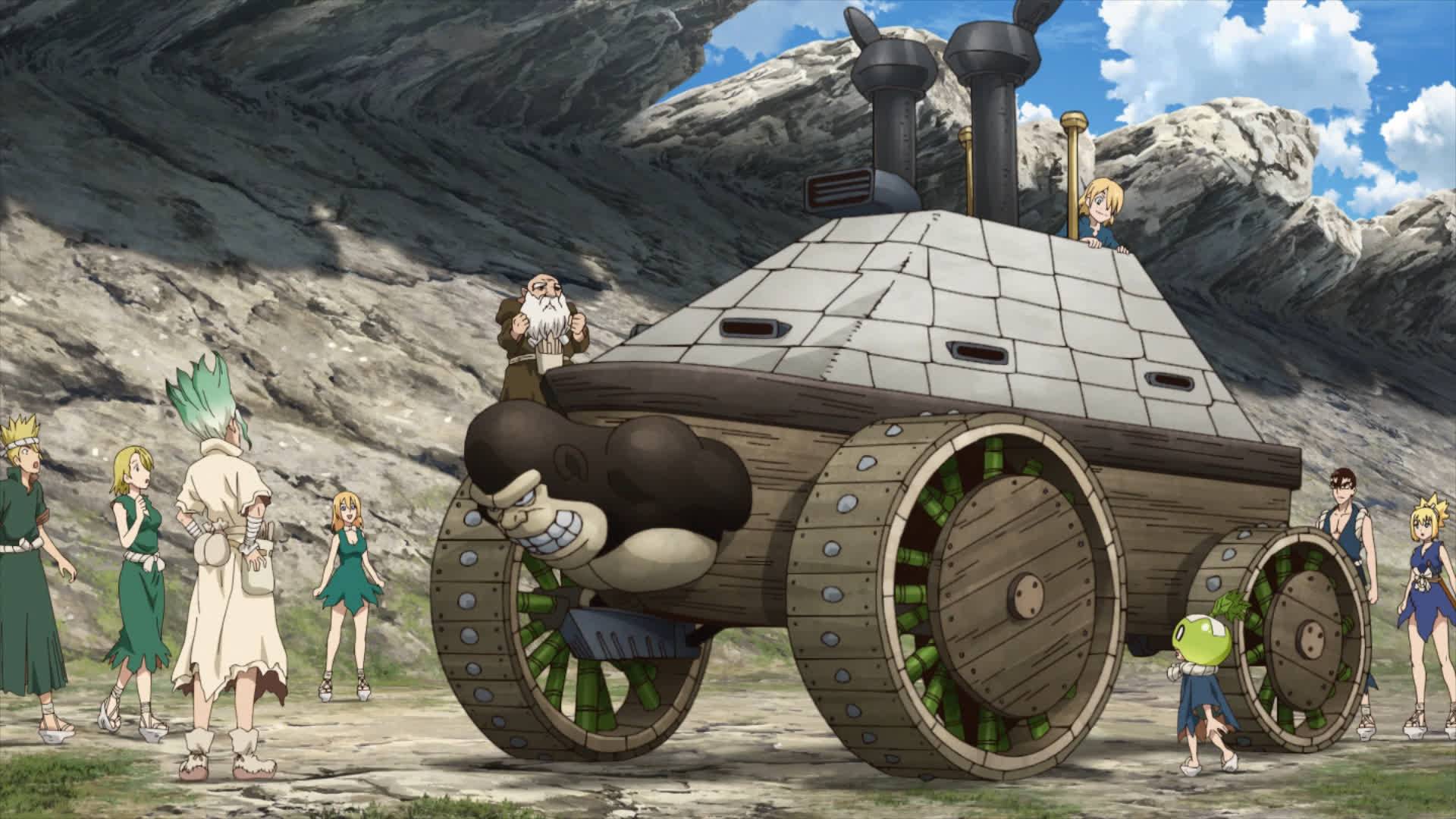 The first thing Senku kicks off inventing is ramen.

This is framed as the ability to preserve food for the battle ahead against Tsukasa, but ramen becomes a bit of a gag throughout, as people absolutely love it.  The Kingdom of Science continues advancing its technology as the Empire of Might strengthens their brawn.

We get heaps of new characters here, and the variety is much needed. Some get a bit, well anime-ey at times, but I mean it is an anime. With the different characters and personalities, they manage to make some really interesting conflicts which throw the story you expect out a bit at times which is much needed.

In short, if you liked Season 1, then Season 2 is a continuation of that same style. 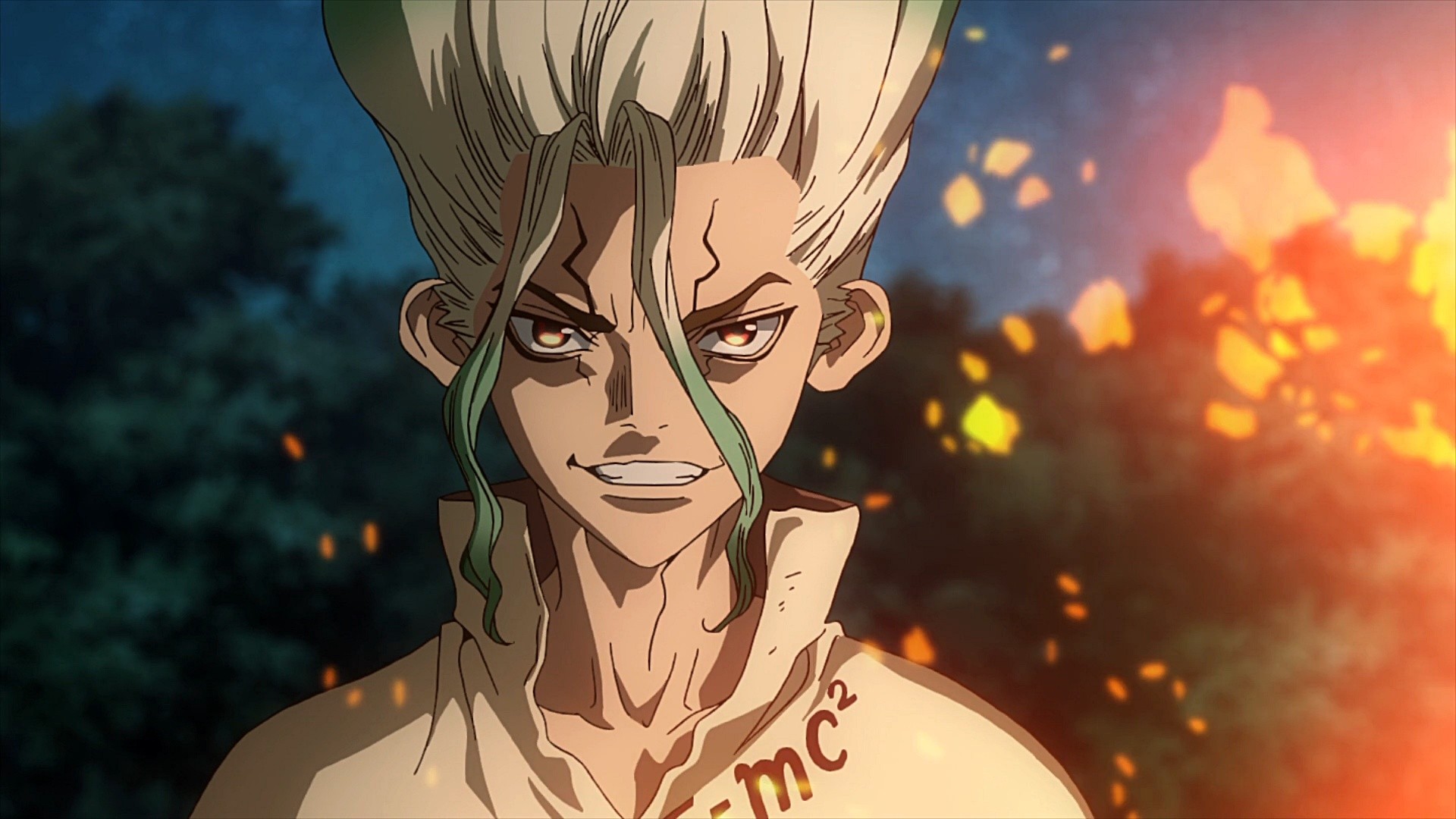 It improves in many ways, and is about half the length. If you hated things like Senku saying 10 billion percent all the bloody time, well he is just as annoying with that here. The animation and voice acting continues to shine with the series really helping make some of the more annoying moments much more bearable.

The Bluray comes with a special feature where some of the voice cast sample some mystery ramen as they answer some fan questions.

It is silly but fits in with the series, and I enjoyed it.

The Limited Edition comes with a great little Senku phone charm, a periodic table poster, and some tin badges, one for the Empire of Might and one for the Kingdom of Science. So very on theme. It also comes in a tidy box with a very good little art book. 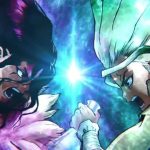