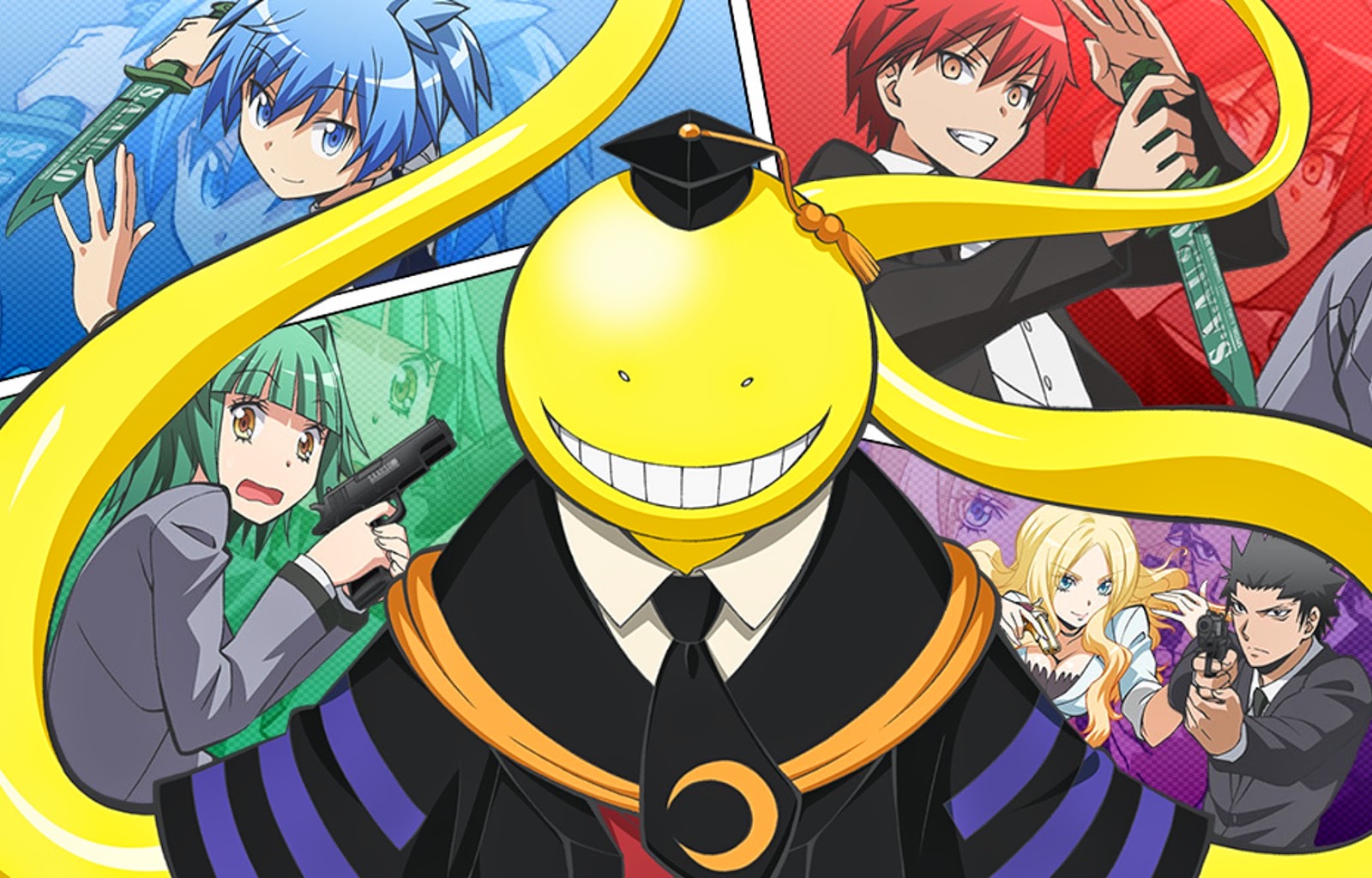 Assassination Classroom is a Japanese anime series adapted from the hit manga series of the same name. Season 1 of this anime recently released on Blu-ray and DVD in Australia and New Zealand by Madman Entertainment.

Season 1 of Assassination Classroom introduces us to a bright yellow octopus like alien-creature who destroys the majority of the moon, leaving it in a permanent crescent shape. He plans to destroy the Earth in a similar manner but offers mankind a temporary solution; allow him to teach class 3-E of Kunugigaoka Junior High School and he won’t immediately destroy the Earth. 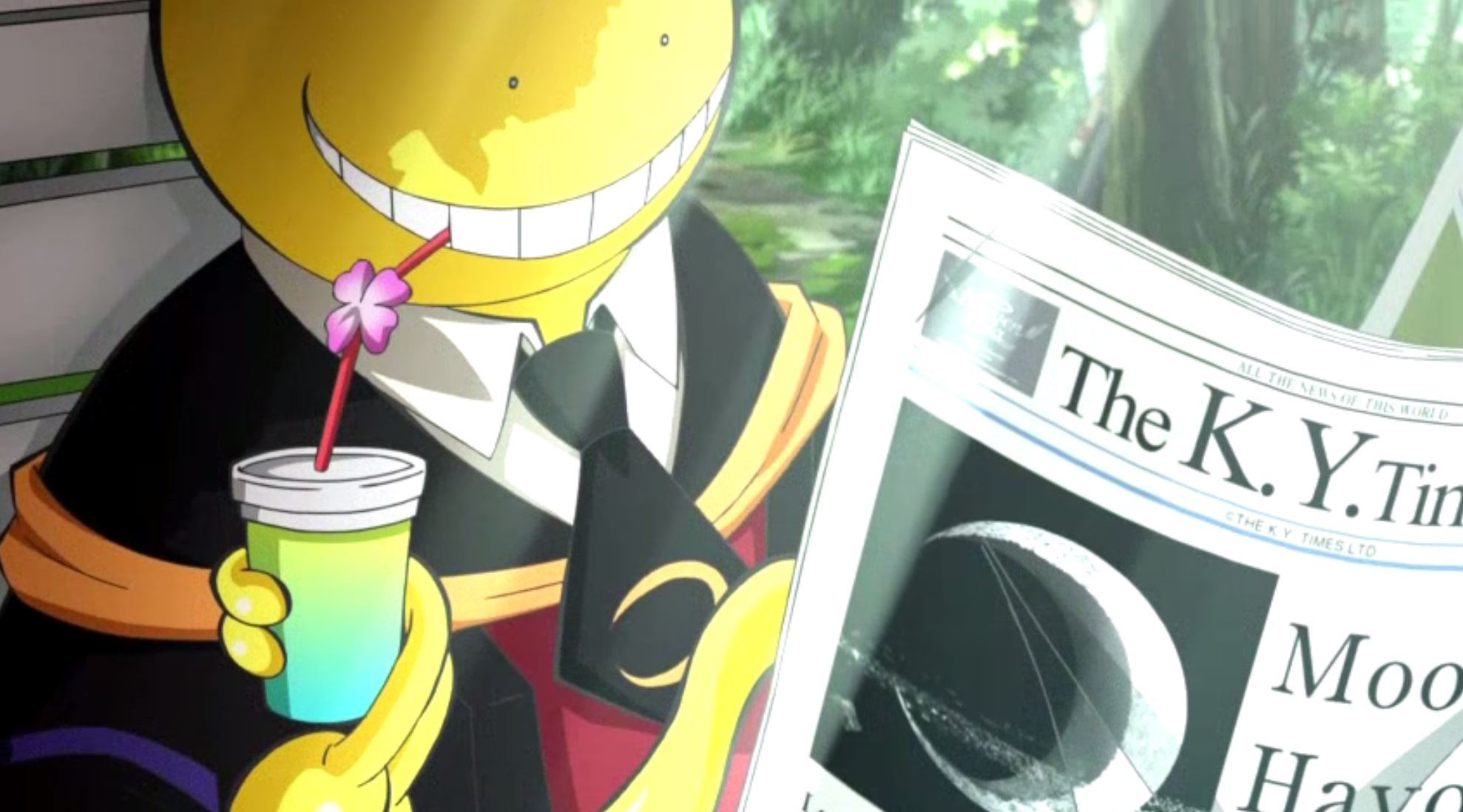 The government agrees and offers the students of class 3-E 10 billion Japanese Yen (approximately 100 million USD) to whomever is successful at assassinating their alien teacher, who is given the not so affectionate name, Koro-sensei ( a pun on the Japanese terms for ‘unkillable’ teacher), due to his amazing superpowers and ability to move at mach 20 speed. What ensues is a series of attempts by various students of class 3-E to kill their teacher, who in return, not only teaches them valuable life lessons, but also the appropriate ways in which to assassinate him (though not going so far as to actually show them the exact method of killing him).

While class 3-E is considered to be pretty badass, with weapon wielding students, the truth of the matter is that students of that class are considered to be rejects, too slow to perform well academically and therefore shunned by the rest of the school. In fact, being treated as pariahs, class 3-E is situated high atop a hill, far away from the main school, almost as if they were a disease.

Each episode of season 1 focuses on different students and follows their story as they struggle to come to grips with being outcasts, attempt to assassinate their teacher as well as suffer the internal conflict between wanting to save the world and appreciating their teacher’s outside the box help. The added charm occurs when a member of the government and a top class assassin, with looks that could kill, are recruited to act as additional teachers for class 3-E; one to keep Koro-sensei in check and the other to both attempt to assassinate and teach the students to assassinate Koro-sensei. 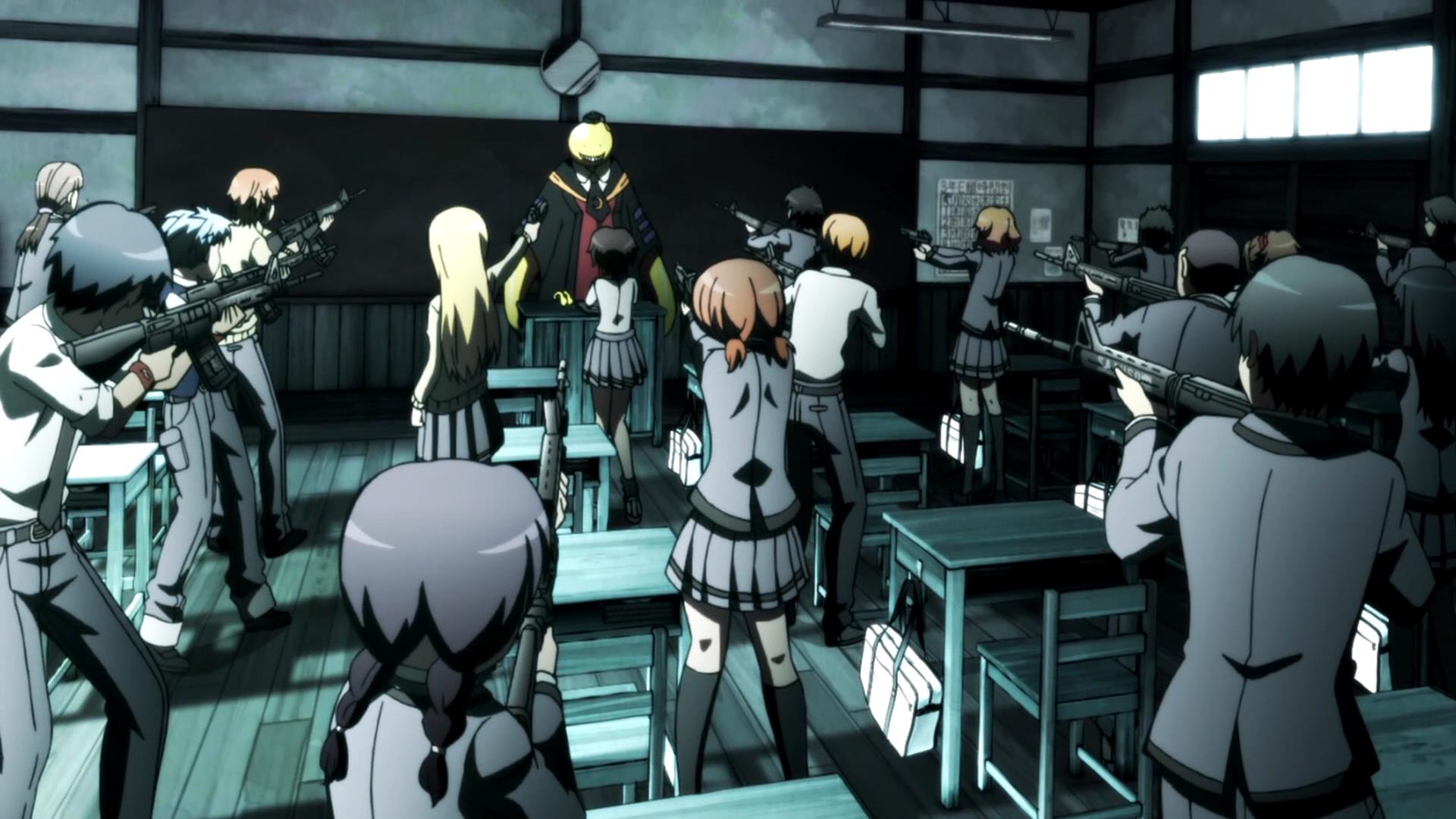 The plot is intriguing. Imagine a classroom full of assassins desperately trying to kill their teacher who they happen to become attached to? The dialogue used to drive the story is brilliant and so to is the humour, which is certainly one that suits my personality and enjoyment. Watching season 1, I found myself laughing often and found joy in the most silliest of moments. For example, the way in which the students purposefully call their teacher, Miss Yelavich, “Yela-bitch”, and the way she reacts.

Throughout season 1 of Assassination Classroom, the gentle mix of comedy, action and slight drama is perfectly matched without having to utilise dark undertones or fanservice, like some other anime programmes. Visually speaking, season 1 is bright and full of rich, vibrant colour, making the anime feel light-hearted and enjoyable. 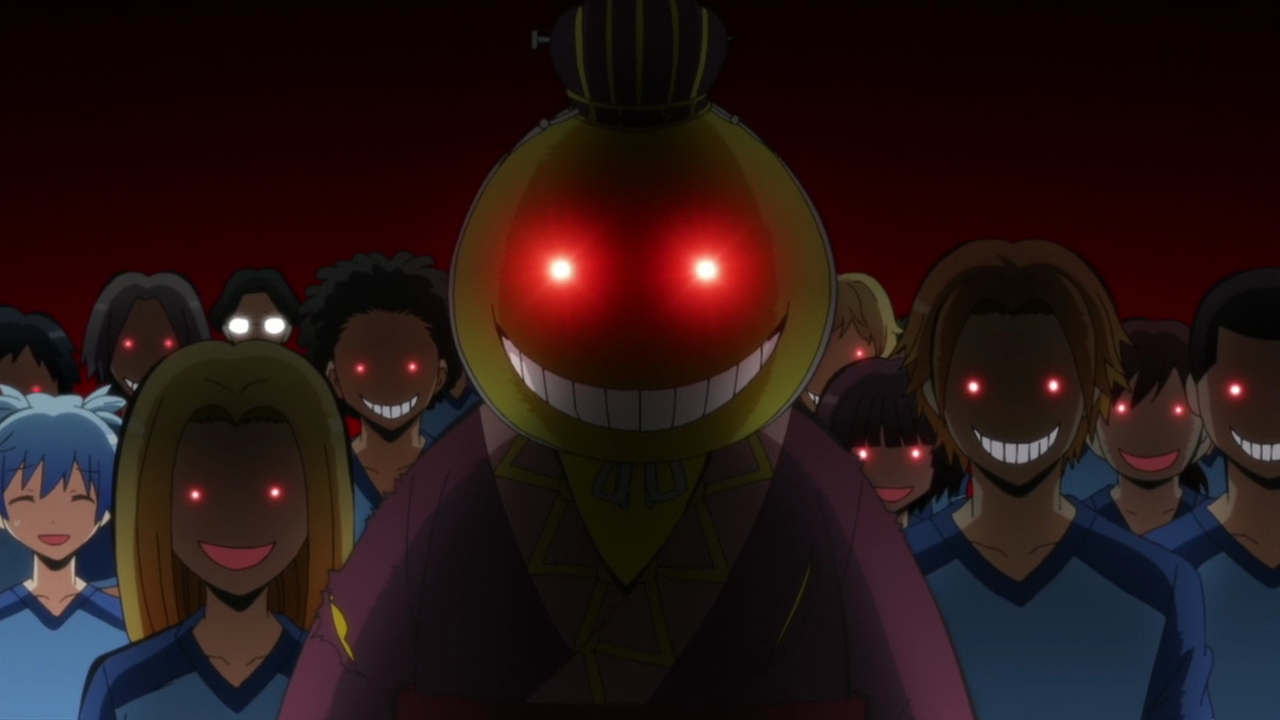 There was nothing in particular about this anime that I felt was boring, tired or predictable. Each episode both entertained and delighted, and each character had something to offer. The only bit about Assassination Classroom that I found odd was the character of Nagisa, who narrates the anime. A rather quiet and invisible character, Nagisa is deemed to be a boy, yet, despite dressing as such, his hairstyle, voice and mannerisms are quite feminine, making it very, very hard to believe that he is truly a ‘he’.