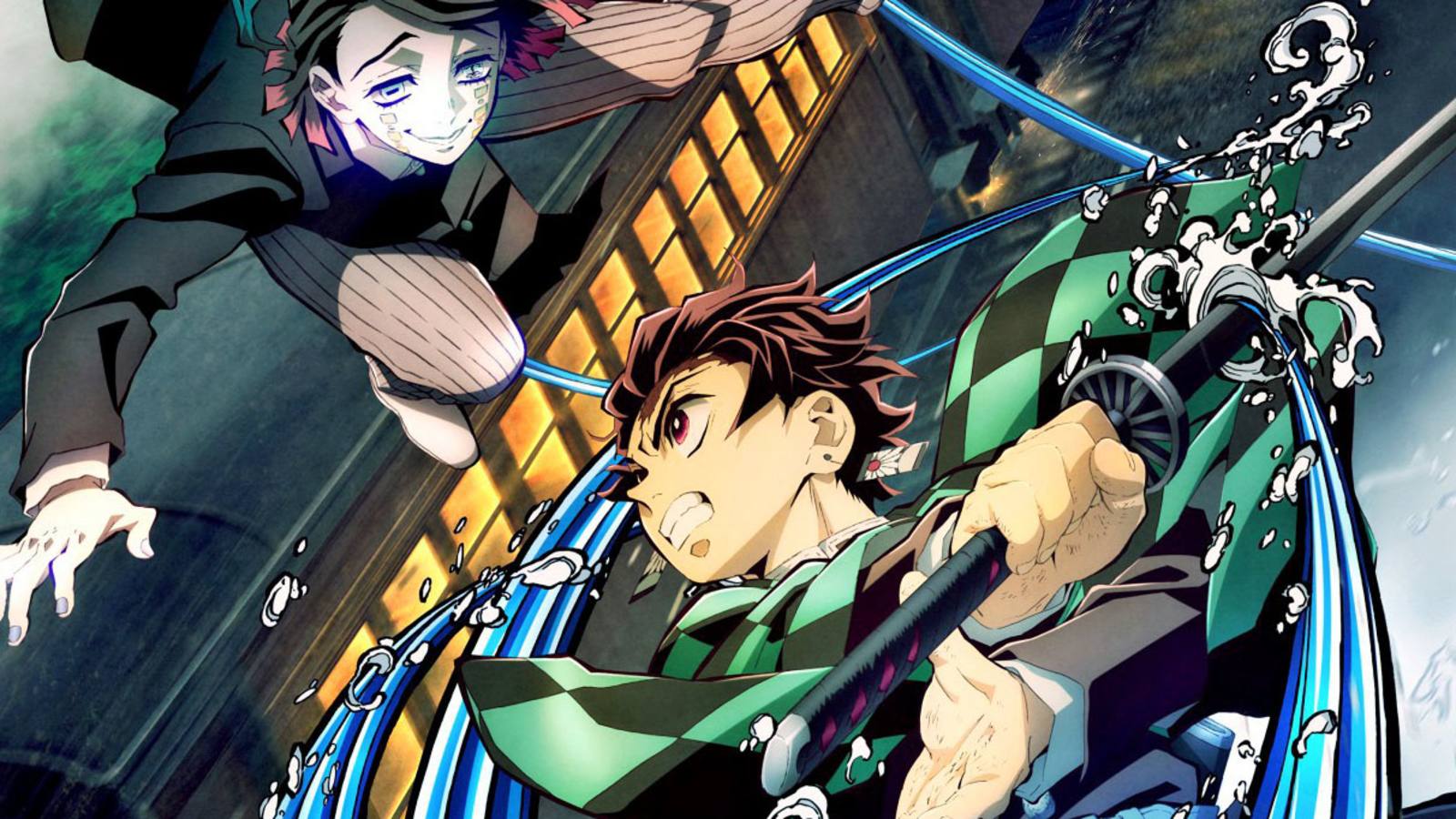 So many anime have their own unique takes on well trodden stories, which are great in their own rights. Every so often something truly special pops up and one episode into Demon Slayer, I knew this was going to be an engaging ride.

Demon Slayer is based in a world where Demons stalk the night. They aren’t that common, but love to feed on humans, and this is where the Demon Slayer Corp comes in. The Demon Slayer Corp hunts down demons, usually alerted to their presence when the Corp spots suspicious murders in an area, and they are sent in to dispatch the demons. 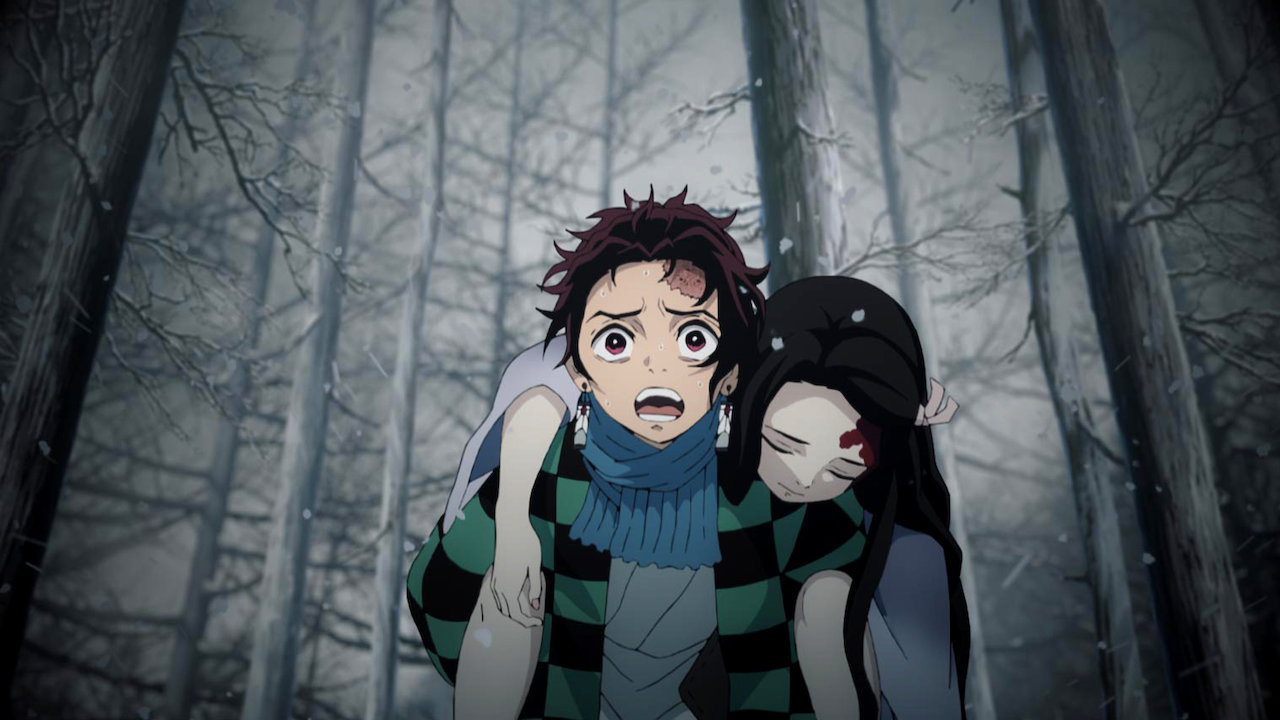 The story kicks off introducing us to Tanjiro who sells charcoal. He returns home one day to discover his family has been murdered by demons, but Nezuko, his sister, is still alive. Carrying her as he goes to get help he finds she turns into a Demon. A Demon Slayer comes to take her out but Tanjiro protects her, and in turn Nezuko who so far has only snarled and attacked Tanjiro, protects him. This convinces the Demon Slayer to send them off to his old master, with a mouth guard in Nezukos mouth for safety. This sets Tanjiro off on a path to train as a demon slayer, and tries to find out how to change Nezuko back, if it is at all possible.

One aspect of Demon Slayer I enjoyed is the pacing. So many shows would have season one covering the training and if you are lucky, the initiation into the team. By the end of Episode 12 the training had been done, Tanjiro has killed some demons, has discovered a lot about how demons are created, and met the big bad. A lot happens and while sometimes I enjoy a plodding DBZ / Black Clover pacing, a fast paced narrative can be a nice palette cleanser. 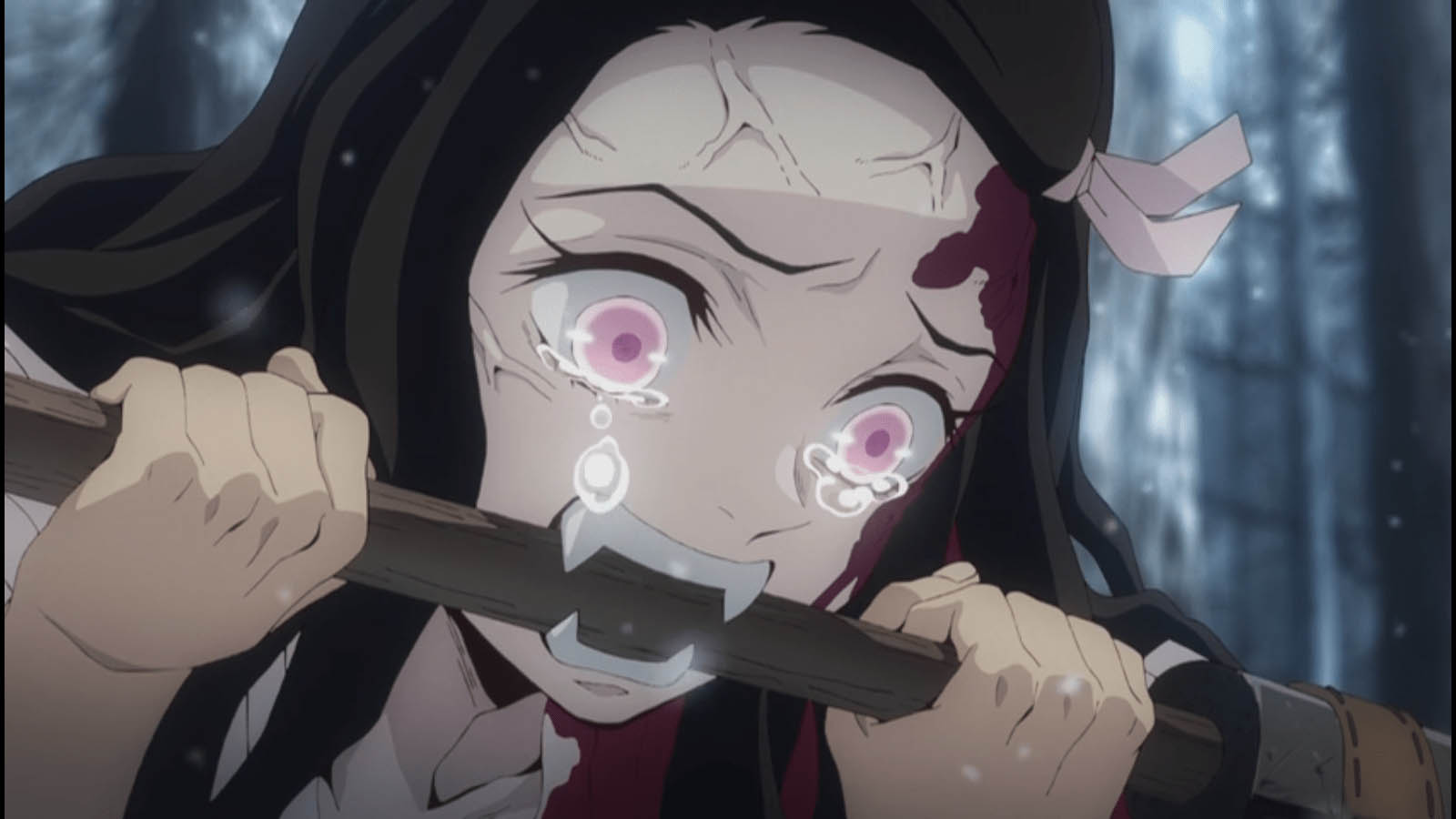 The other noteworthy thing about Demon Slayer is the amazing art style. Generally it has a simple character design which gives a relaxed look that made me think this could be OK to watch with the kids around. Given the raw violence this is a big no, but the way this is used to feel cute makes the violence that much more confronting. Then there are times they use art similar in style to the game Ōkami. These are used in some scenes with people, but are especially used for water attacks which are beautiful to watch.

Demon Slayer: Part 1 leaves us off in the middle of an exciting fight. It is a weird spot to split the series, but given the pace the show is barrelling forward at, it doesn’t get the clean half season breaks that other shows get.  Either way I can’t wait for Part 2. 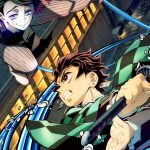