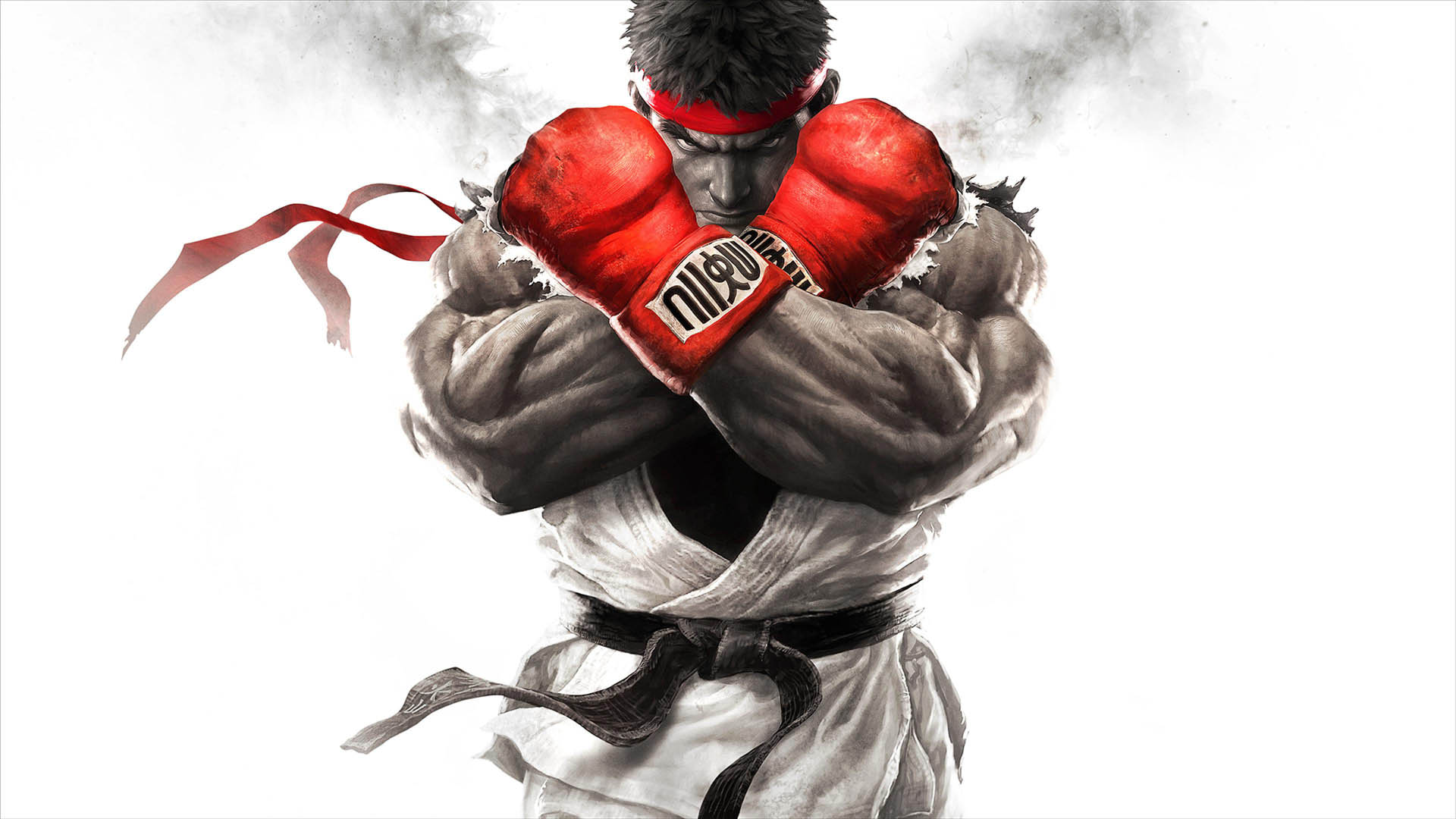 The long awaited sequel to the Street Fighter series is finally here. Capcom have at long last brought us Street Fighter V which now is available on both PC and PlayStation 4. While I can’t say I was one of those fans awaiting its arrival I was certainly still keen to play this well-established fighting game franchise.

To start off, the game offers a decent selection of both iconic characters from the games predecessors and a few new characters as well. There are collectively 16 characters to choose from. Well known characters such as Cammy and Vega make a welcome reappearance and there are four new characters, with my personal favorite, the Brazilian jujitsu fighter Laura. Each character brings something a bit different to the table, letting players discover their own preference and style with them. 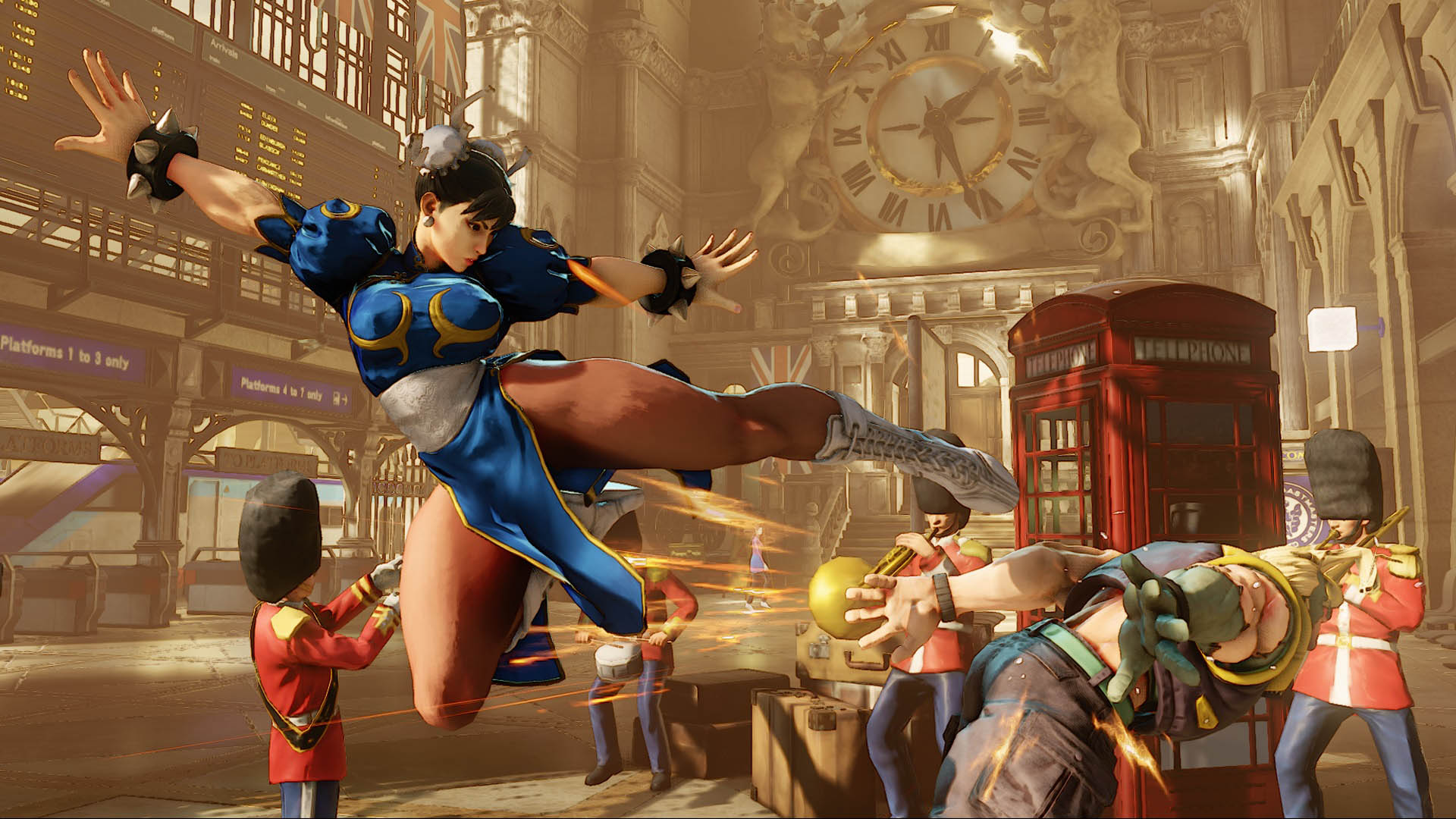 Aesthetically the characters all look quite good. Everything from basic fighting to combos and special attacks are beautiful to behold. The stages offer their own charm and while not picturesque provide enough to make battling in them not a bland affair.

From the home screen you have a selection of Story, Versus, Survival and Training modes and then there arethe online options. The Story mode provides each character available with a storyline, however these are rather a brief experience. I was disappointed by both the lack of content and length. Being unfamiliar with many of the characters, I was a bit lost in some scenarios. The storyline sections are also quite easy and with no difficulty level selection and I found myself breezing through them. 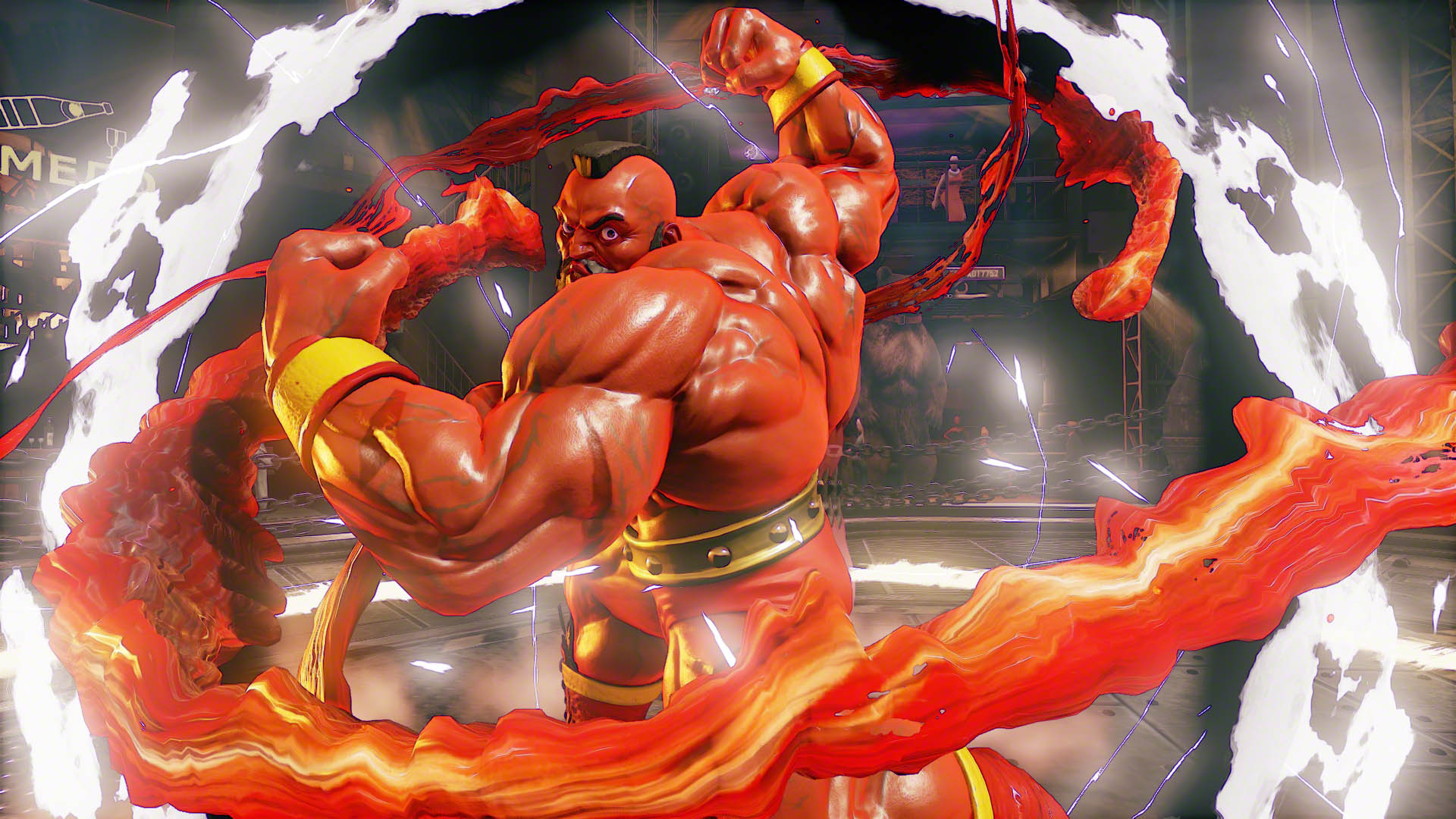 The Survival mode allows players to participate in an endless rounds of battle against AI. Each round has your health carry over to the next. Between rounds the player can access a battle supplement, this can include heath recovery or even attack and defense power boosts to gain the advantage next combat. These bonuses are purchased with the very score points you earn from each round so it can in your best interest to simply not utilize a battle supplement. There are four difficulties but I found even on the hardest difficulty,there is not much challenge provided. I find the real challenge lies in not using any bonuses and then seeing how long you can last.

The online aspect has a few options. Players can choose from Ranked or Casual Matches, depending on whatever tickles your fancy. However actually being able to play an online match is not guaranteed. The servers are still having some issues, even once in a server, finding a match can vary in time.For the most part it wasn’t too long a wait but other times it went round in circles trying to find a player to verse. Lastly there is Fight Lounge that a player can create and modify the type of battles they are looking for. 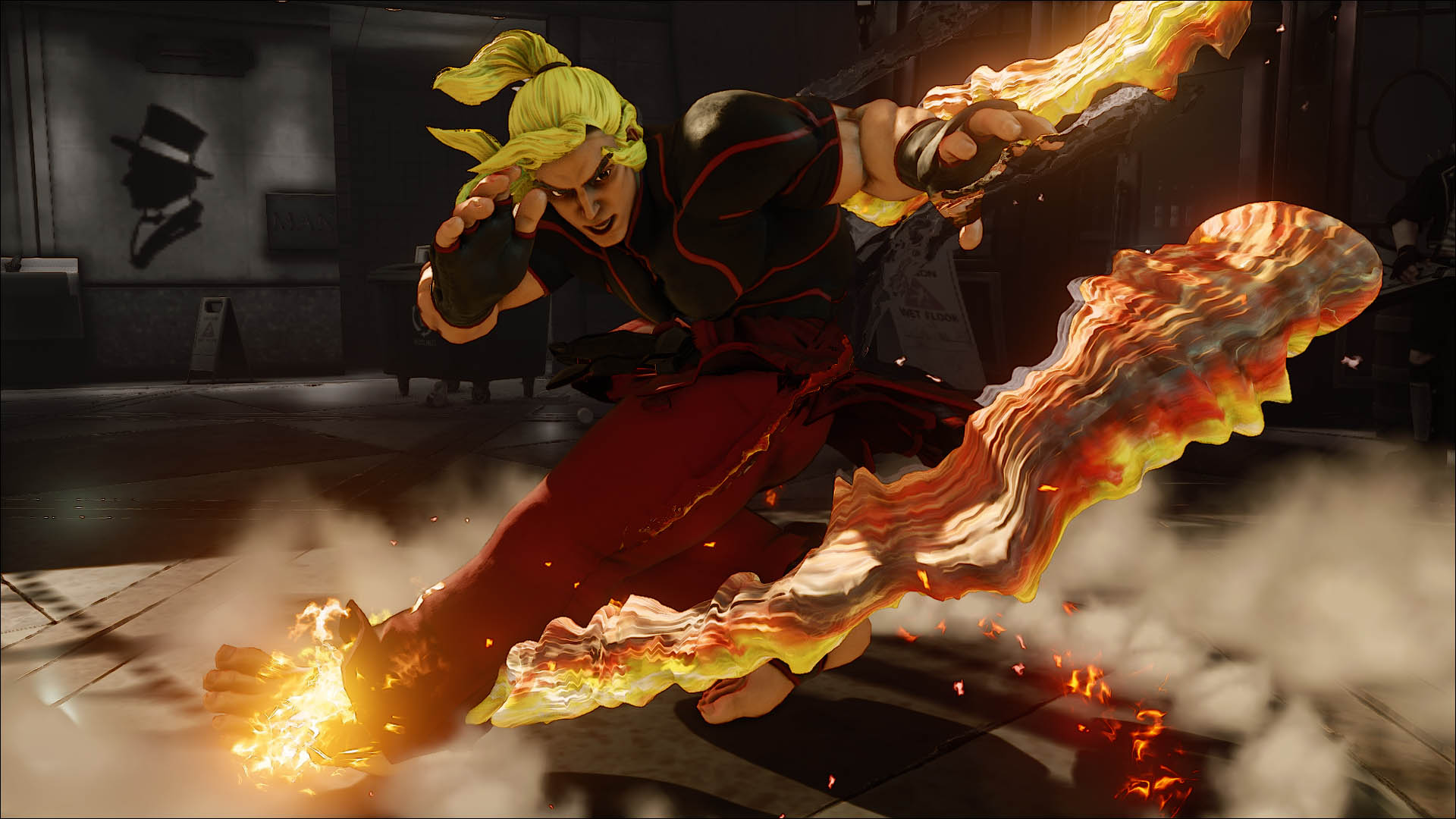 Playing online offered the most challenge and beating up a friend in local play really gets the adrenaline going. Even when you get your ass handed to you, it goads you to keep trying, as getting better actually feels achievable.

As a bit of a noob to this series I was glad to find the combat is easy to learn.The tutorial is user friendly and covers the basics without being a tedious experience. The training option allows a player to experiment with combinations and see what the character can do. All this combined gives new players a much warmer welcome and provides a game anyone can pick up and enjoy.

That said there is still depth to the game meaning that the more competitive lot can still go and be all elitist with each other. The V-Gauge and the EX Gauge make the game just that little bit more interesting. The EX gauge builds up as player’s land attacks and can be used to both power up special moves or perform super combos. The V-gauge is new to the series and builds up as players take damage. This gauge allows you to use V-Skills, these vary from character to character. This feature really helps diversify each character’s capabilities gives players something new to add to a strategy, if you are that advanced as to have one. 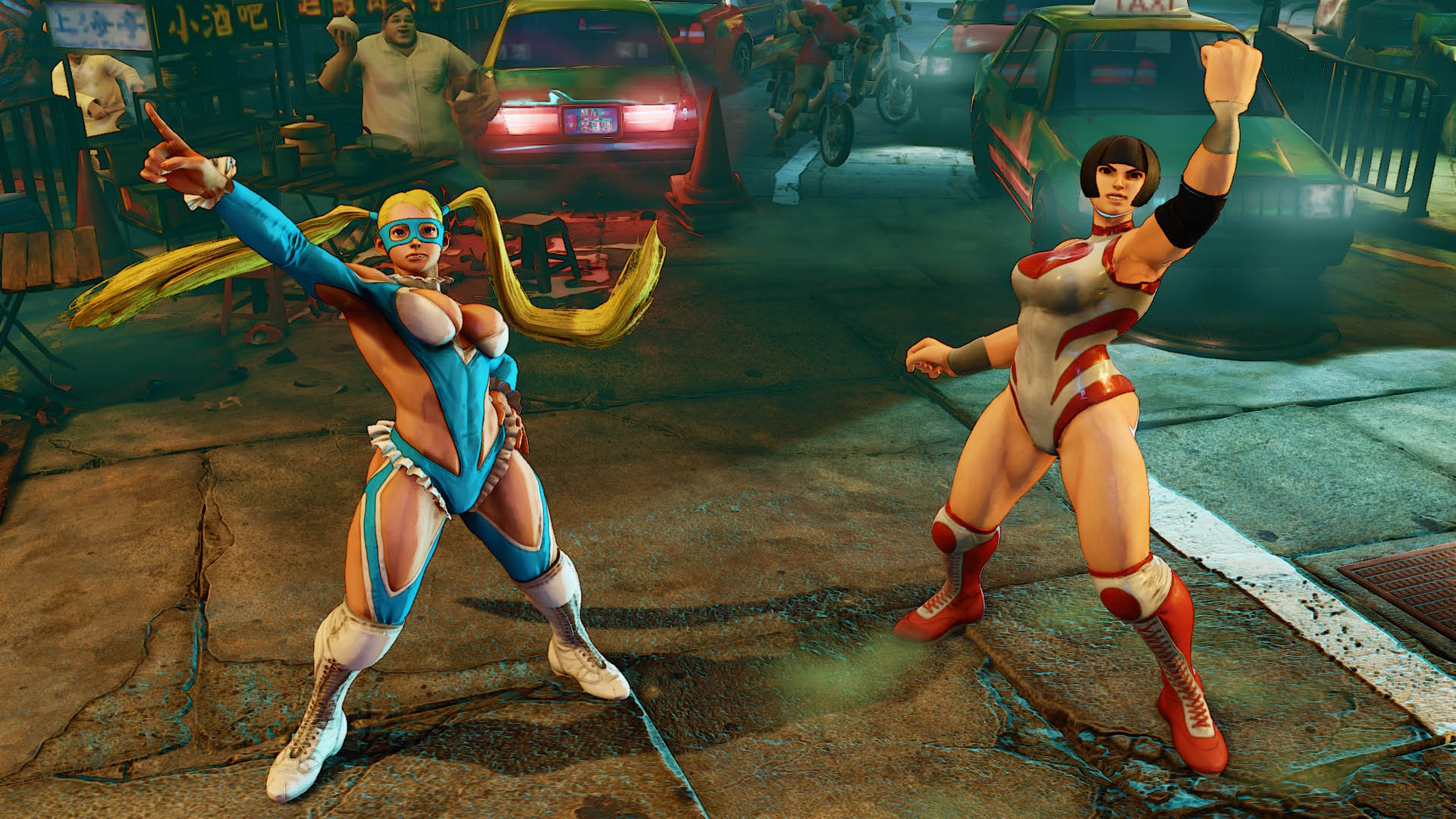 Capcom have made the game cross-platform. This is a welcome aspect as it really helps the community thrive and grow. With this particular genre is not likely to put console players at a disadvantage and so is also quite an appropriate feature.

Street Fighter V offers both new and old timers a well-balanced game with some good looking fun to be had. The offline content is lacking a bit but the gameplay is quite solid and you can spend hours beating up friends. The array of characters is well selected from iconic old to the welcomed new.  It’s a fighting game that succeeds in including a broader audience.