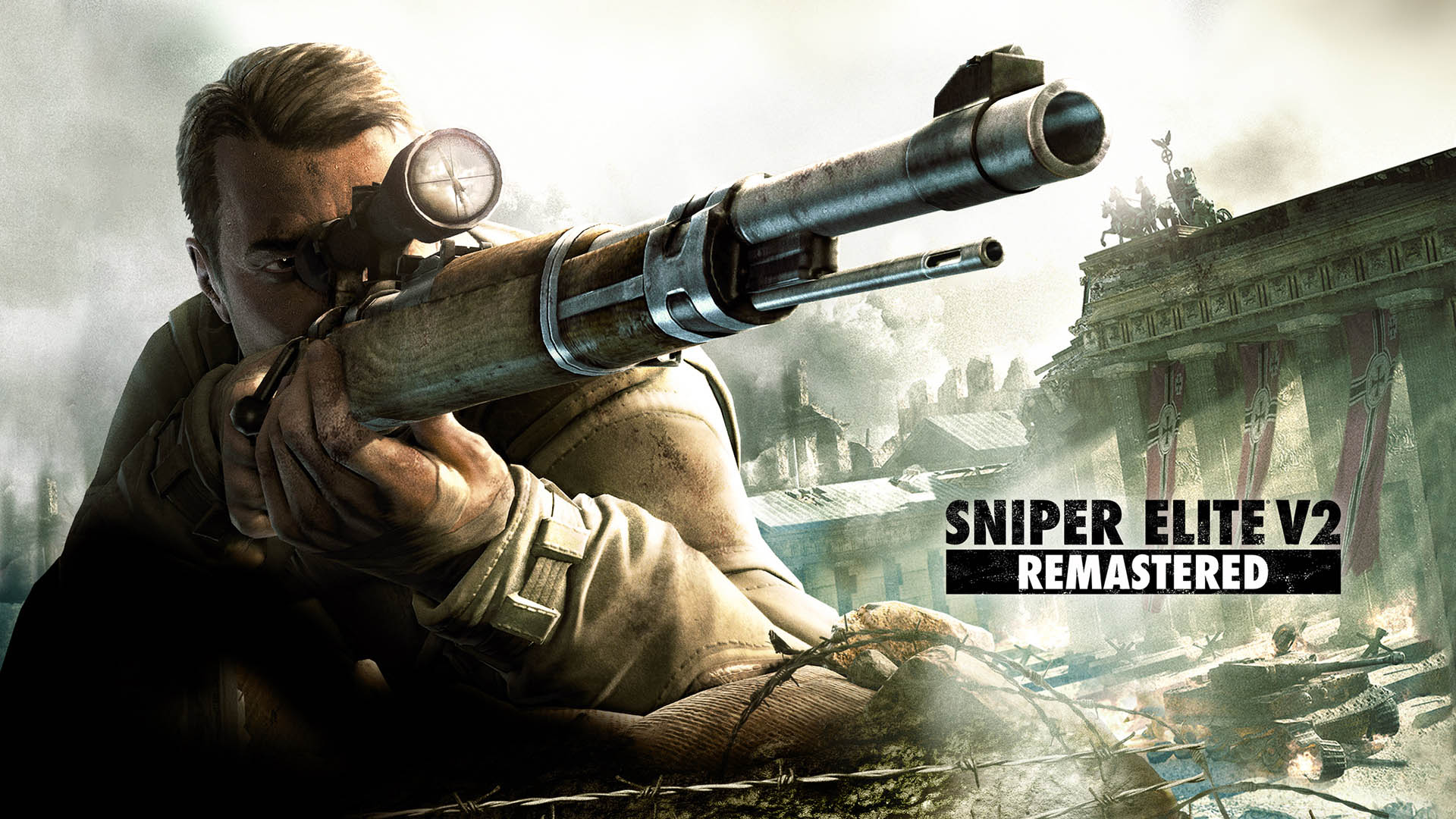 Just when I thought that the era of “remastering” games was over, Rebellion have polished up their aging Sniper Elite V2 for the current gen of consoles.

2012’s Sniper Elite V2 cemented Rebellion’s WWII third-person sniping franchise as one of the greats. In 2014, Sniper Elite III swapped Berlin for WWII’s North African theater of war, and further refined the gameplay. Sniper Elite 4 released in 2017 sending players over to Italy and offering a larger, more open world environment in which to operate.

Both Sniper Elite III and 4, were both released on Xbox One, PS4 and PC, and still stand up well. It does, sort-of, makes sense to spruce up V2. But in this age whereby Xbox One X owners got a 4K version of Red Dead Redemption with a free patch, shelling out extra cash for a remastered version of a six-year-old game does sit as well as it once did. 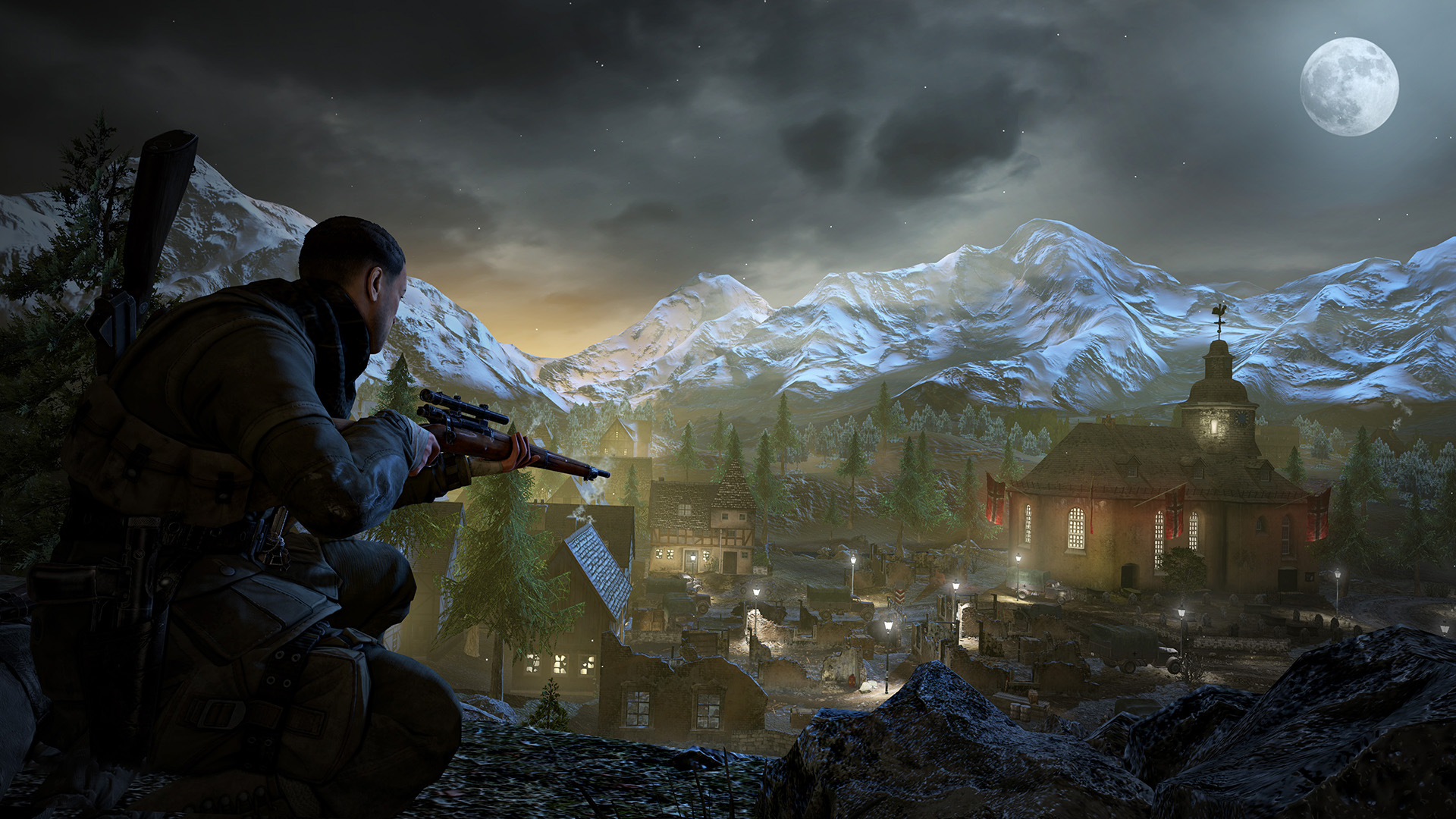 The game is set in Berlin during the last few days of the Second World War. With the Nazi war machine on its knees, both American and Russian priorities have started to change. The country that controlled the German’s V2 rocket technology would be the country that won the next war.

Players are dropped into the devastated German capital as the enraged Russian army drives itself through the city. US Office of Strategic Services (OSS) operative, Lieutenant Karl Fairburne, has been inserted behind enemy lines to assist in the defection of German scientists to the US. The Russians have the same idea. Fairburne fires the first shots of what would, arguably, be very few fired between the US and the Soviet Union during the next 45 years of tension.

Jumping into the game, the visuals are most definitely current-gen. But this is a remaster, and not a remake, so whilst the textures are better, the 3D models and lighting are not quite up to the quality of other recent titles. The animations don’t look as smooth as they could be. But don’t let any of this put you off, the game looks fine. 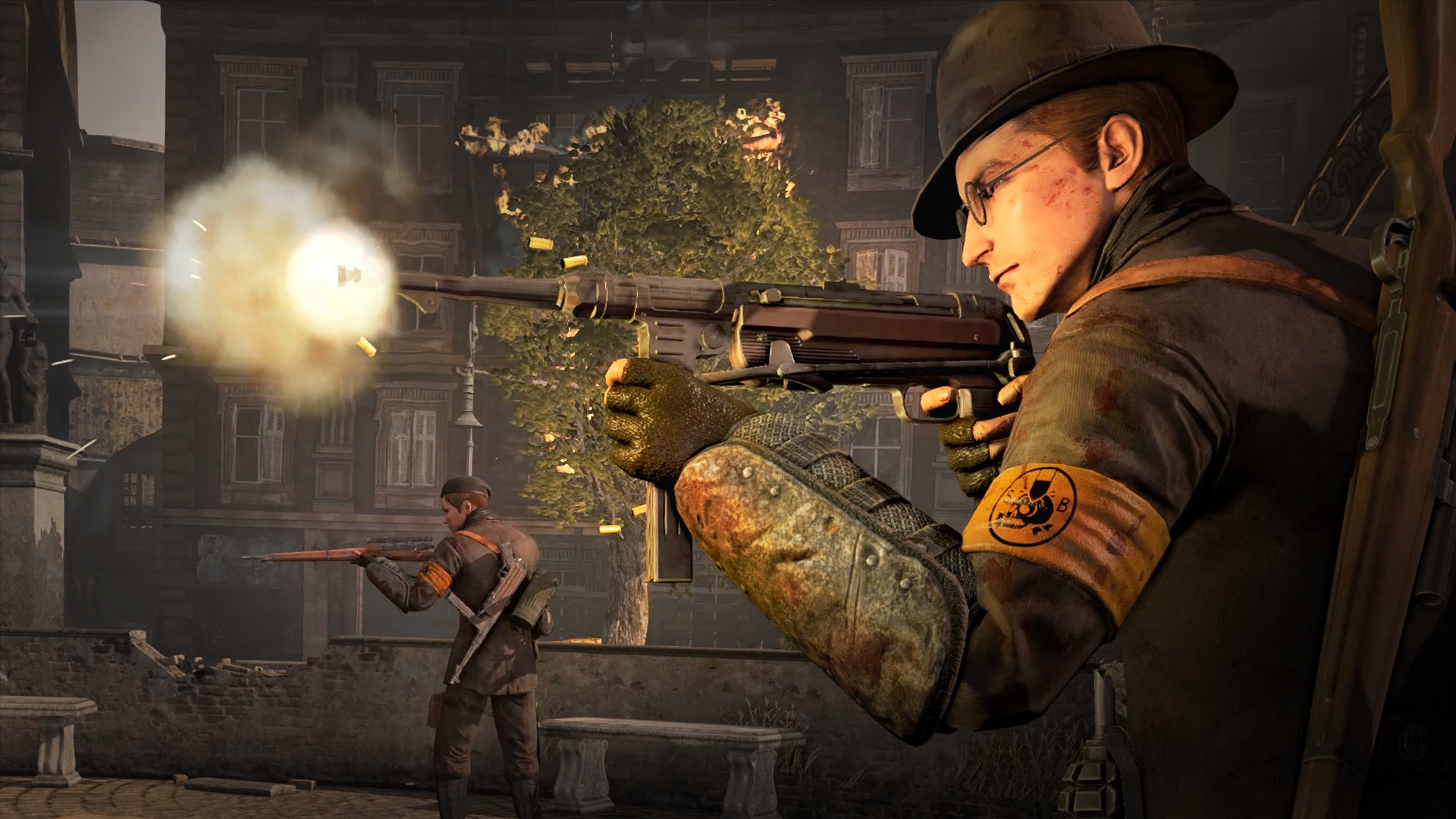 As with the original, Sniper Elite V2 requires a degree of patience. Each level usually sees Karl making his way to a target, either for an assassination or to plant charges. Drawing attention and engaging in a firefight is best avoided. Slipping past enemy soldiers or carrying out stealth kills is the best way forward. Karl can throw rock to draw enemies out of the way. There’s a handy gauge which notifies players if they any in the enemies’ line of sight and about the get discovered.

Sometimes engaging the enemy is unavoidable. Karl carries trip wire explosives, mines and dynamite to set up trips and escape routes. When things really go wrong a well-placed grenade will do the trick. For up-close-and-personal wet-work, Karl’s sidearm comes into play, and for a nice bullet spray the machine gun is the tool of choice.

But the real gem is Karl’s sniper rifle. The Sniper Elite games have some of the most satisfying sniping that you’ll find in a game. Bring the sight up to your eye and press the focus button to refine the shot with a red diamond that takes into consideration bullet drop and the wind. Pull the trigger and if you are lucky the camera will follow the round as it penetrates your target. The big selling point is the way the game rewards a great shot with a particularly gruesome X-ray bullet cam showing exactly what sort of internal damage your action caused to your target. 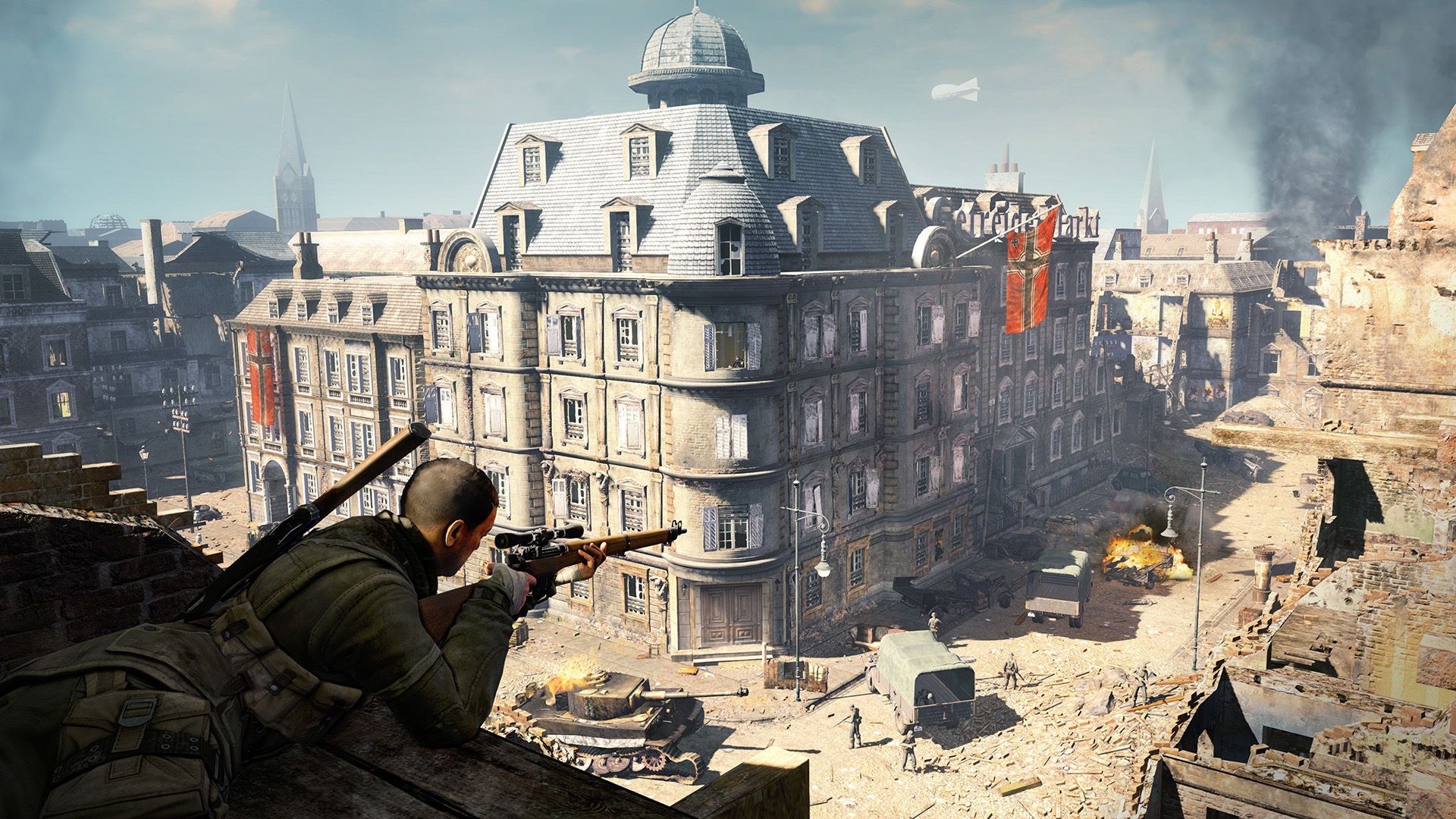 The remaster also includes the game’s original DLC: Neudorf Outpost, Assassinate the Fuhrer, The Landwehr Canal and Saint Pierre. This adds a few hours to the game and give players the chance to assassinate Adolf Hitler.

The game features both co-op and multiplayer modes. Whilst co-op would be good with like-minded friends, I couldn’t find a public game for either mode. To be truthful, despite its graphical overhaul, there’s better multiplayer games out there to play.

Sniper Elite V2 Remastered maintains everything that made the original great, but with a fresh coat of paint. Its age is still showing a bit, but the solid gameplay plus all the included DLC makes it a recommended purchase for fans of WWII shooters.