THE FIRST OFFICIAL FLIGHT STICK FOR PLAYSTATION 4 FROM THRUSTMASTER 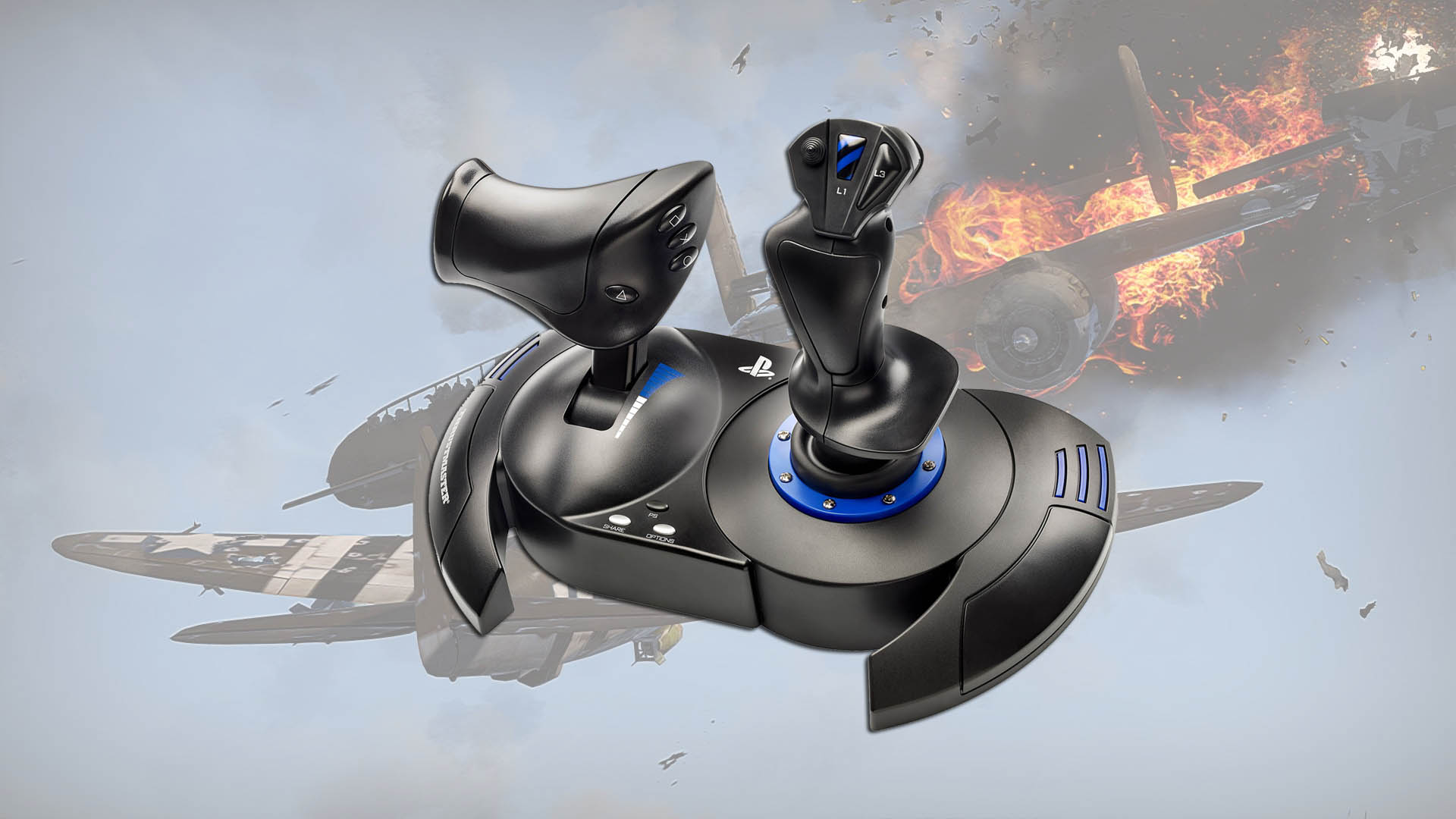 A unique offer is now available to historic flight and aerial combat enthusiasts, granting them access to a world of unrivaled sensations and precision: the T.Flight Hotas 4 including the War Thunder Starter Pack.

With this truly unique offer, Thrustmaster aims to provide PlayStation 4 (PS4) gamers with a high-performance joystick and specific game items to give them an in-game boost and help them make swift progress in the free-to-play MMO combat game War Thunder. In War Thunder, aircraft are widely used to re-enact the most intense battles of World War 2.

This is an ideal opportunity for Thrustmaster to offer PS4 gamers its long-standing expertise in the field of joysticks with the T. Flight Hotas 4, a genuine Hotas (Hands On Throttle And Stick) controller, designed by the very inventor of this concept. 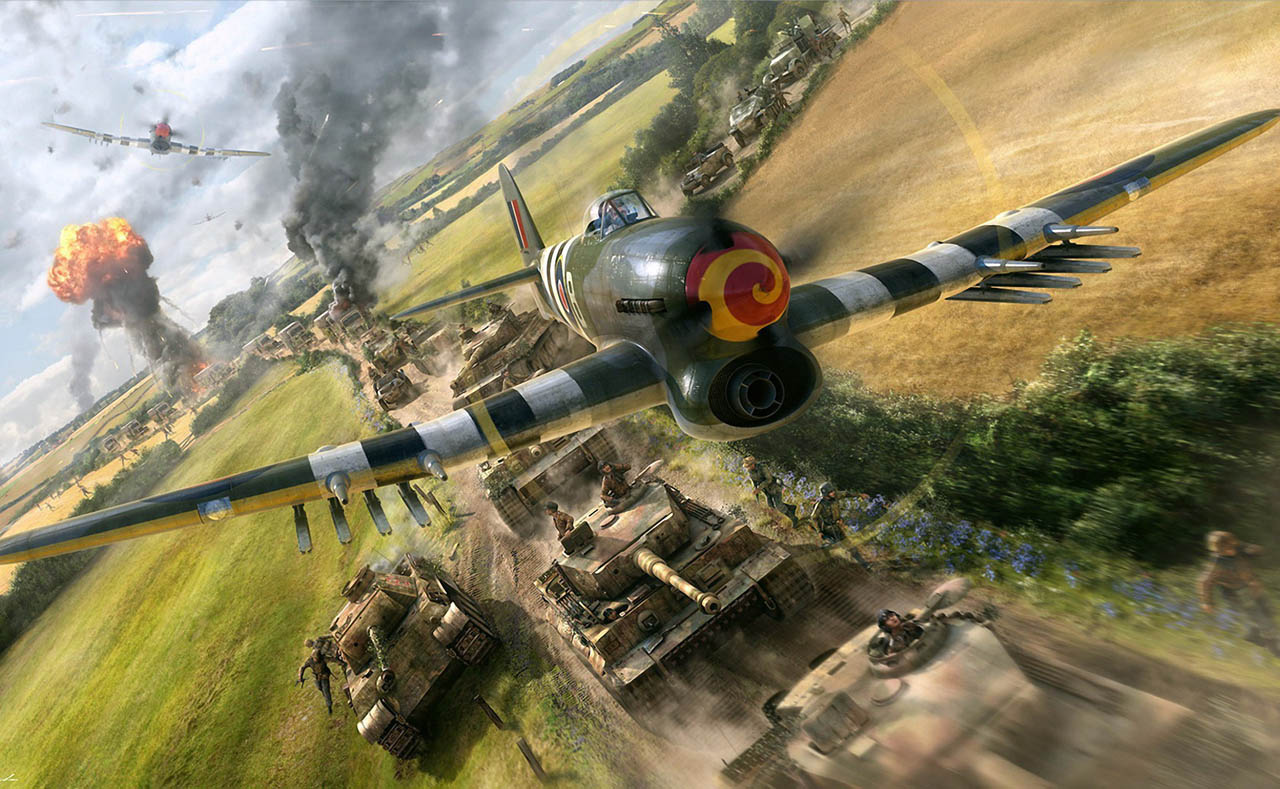 Gilles Raulet, Development Director for Thrustmaster, explains: “To celebrate the launch of our first joystick for PS4, by combining this new release with a safe value such as War Thunder, we are offering gamers a new, accessible experience that will allow them to swiftly rise throughout the leaderboards, using in-flight controls that are directly recognized.”

This opinion is also shared by Igor Khаchaturyan, Global Marketing Director at Gaijin Entertainment, who states: “We are very satisfied to offer buyers of the T.Flight Hotas 4 and War Thunder Starter Pack a number of in-game items that will instantly allow them to enjoy excellent performance in the world of War Thunder.” These converging opinions are materialized in a Plug and Play joystick that is preconfigured for the game – a powerful controller that is ready for immediate take-off! 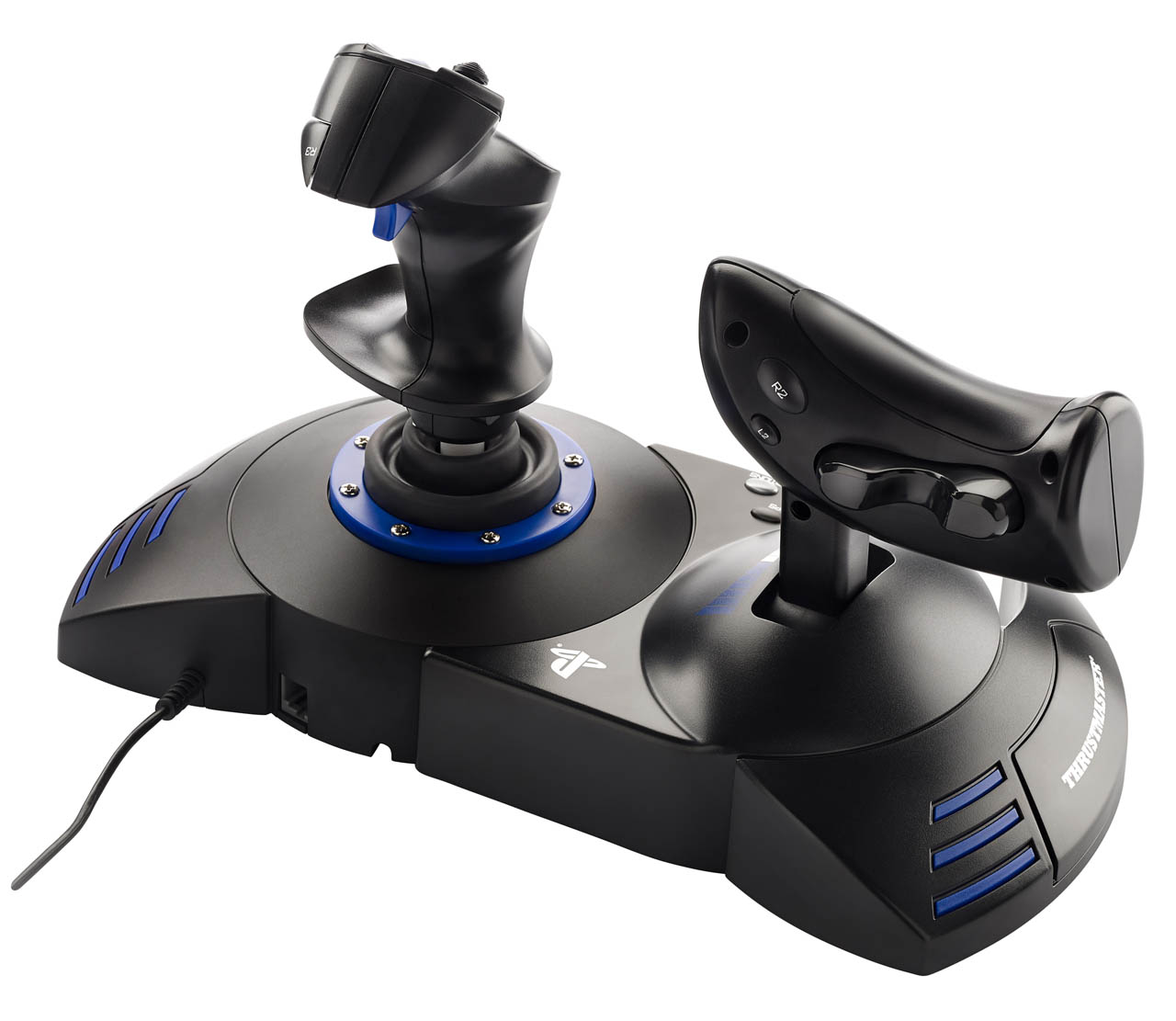 To this end, it offers ergonomic controls, suited to all types of flight: the handle features a wide handrest and adjustable resistance. The full-scale throttle is detachable. The rudder is actuated by a dual system, and can be controlled by a rotating handle or using the progressive tilting lever. Flight controls are very comprehensive, with a total of 5 axes, 12 action buttons, 1 rapid-fire trigger and 1 multidirectional hat switch.

As the joystick is produced under official license for the PlayStation 4 system, it features the console’s official buttons (PS / SHARE / OPTIONS). Finally, the joystick’s internal memory allows users to update the firmware. 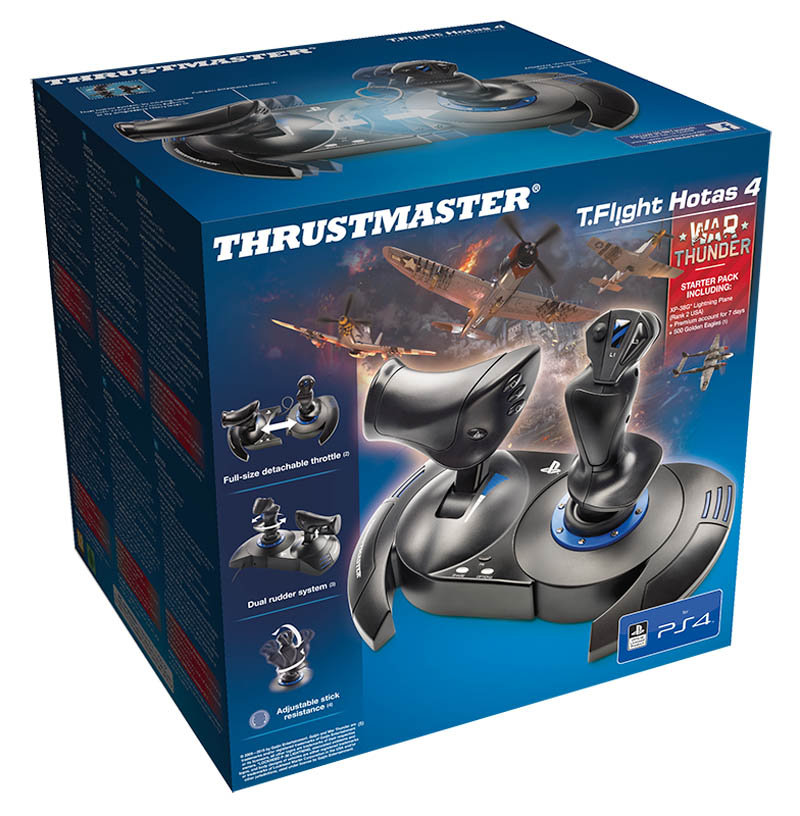 The Starter Pack offered with the purchase of the T. Flight Hotas 4 consists of:

The Thrustmaster T.Flight Hotas 4 is now available across Europe and the U.S.A., Australia and New Zealand.