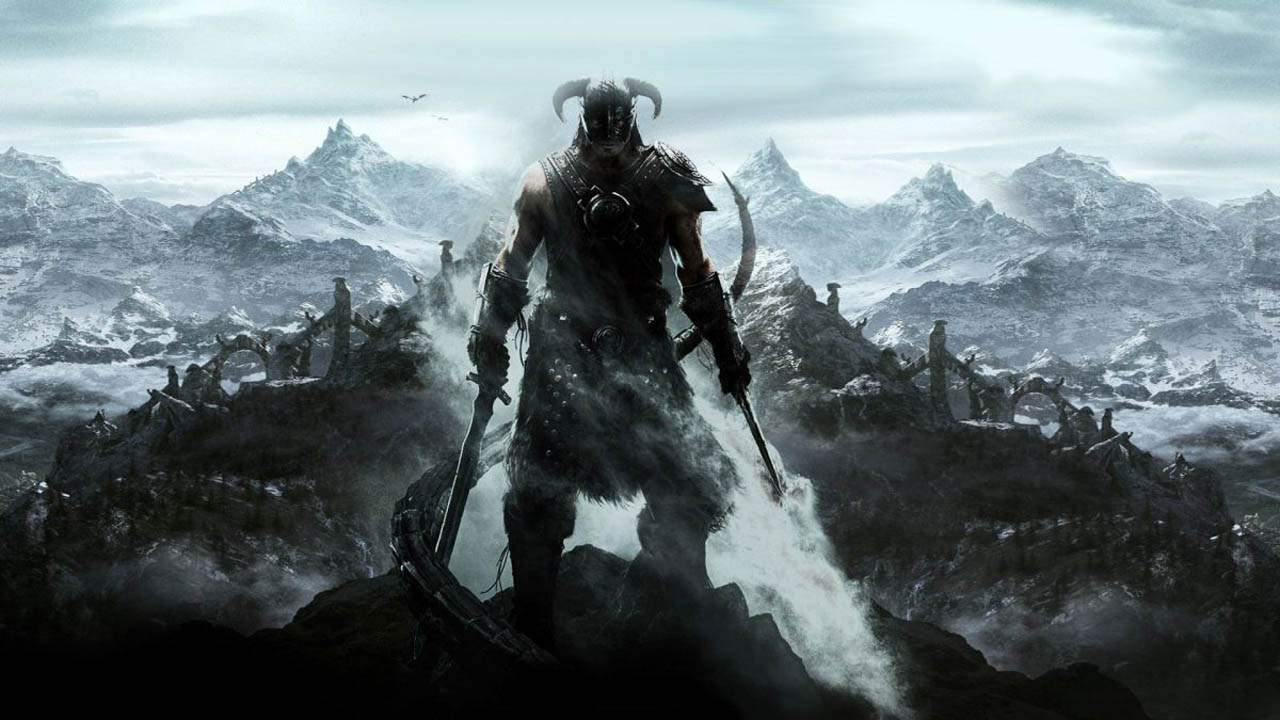 In 2011, the Elder Scrolls V: Skyrim was released.

It was a massive success, having now sold over 20 million copies. The combination of a massive world with the freedom to do nearly anything in it, together with its massive modability on the PC has lead to it becoming one of the most enduring single-player games of all time. Even now, six years later, it often sits within the top 20 most played games at any one time.

It has also gained a reputation for being ported to nearly every console and computer device ever produced. At this stage, I wouldn’t be surprised if a bread toaster had a port of Skyrim. 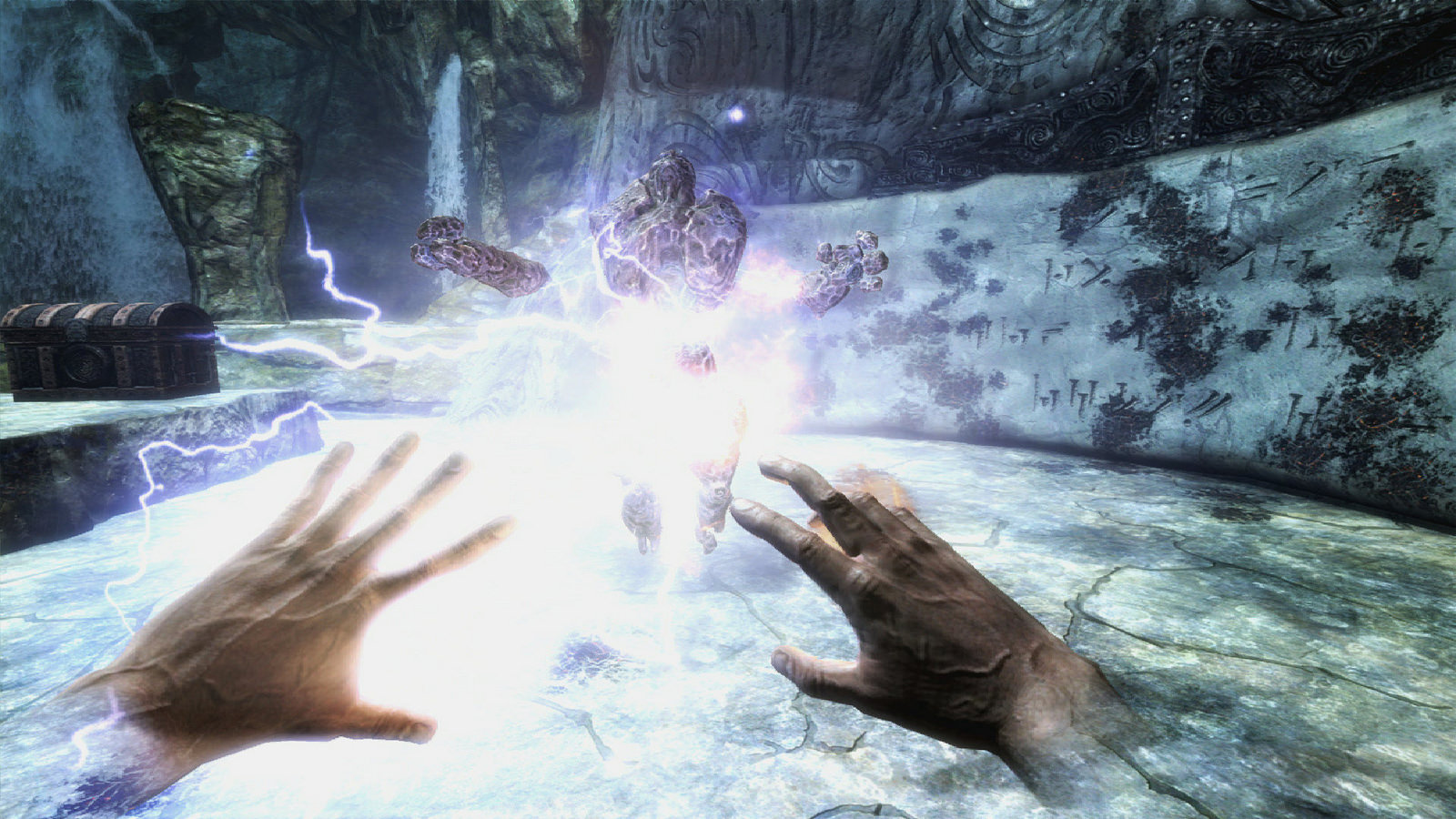 On the same day as Skyrim’s release on the Nintendo Switch, Bethesda has done what so many VR players have been clamouring for for so long- they have released a full-length, full-fat single player game on a VR headset. So is this the ‘killer app’ for VR? Is this finally it? Or have Bethesda messed it up somehow in the conversion from a ‘2D’ game to its VR incarnation?

Certainly one couldn’t hope for a better base game than Skyrim. Many have criticised most VR games to date for being short, limited or repetitive experiences. There are no such worries for Skyrim VR. This is the full game, not just a small chunk or VR experience. The whole world and all of Skyrim’s DLC is available for you to explore.

Skyrim VR gives you choices in how to go about this, either using the Dualshock 4 to move freely about (albeit with pie camera movements on the right stick) or using two move controllers with teleportation. Both modes have head tracking built in too, which proved extremely useful for selecting enemies for ranged attacks such as using a bow and arrow. 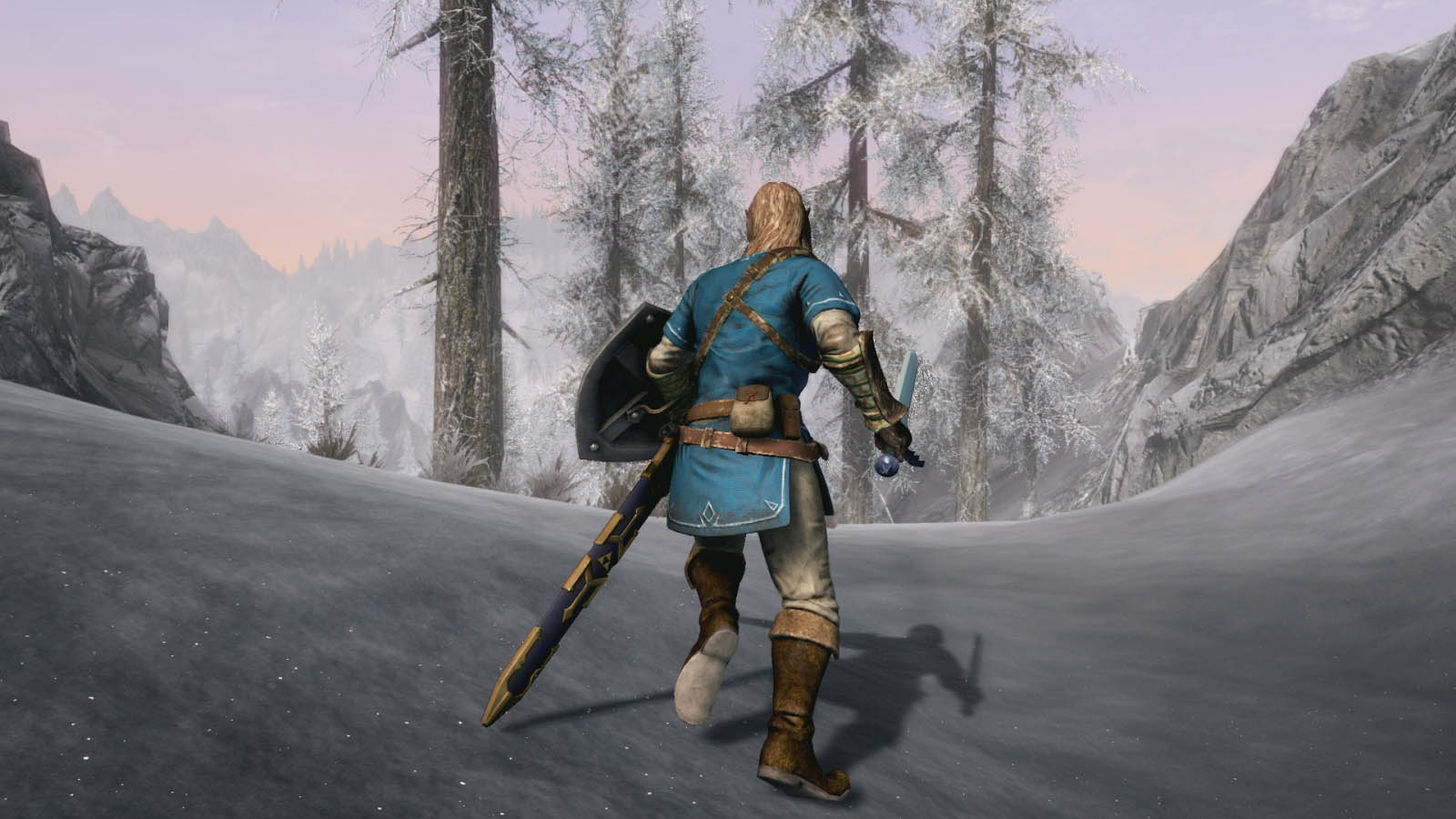 To me, I have never really found melee combat in Elder Scrolls games all that compelling. This is especially true in VR. Enemies have to come up very close to you, to the extent of clipping into your character model, when using swords, daggers or other melee weapons, and this can be quite uncomfortable in VR. But this all changes with spells and ranged attacks. Chucking out spells, shooting arrows and generally keeping your distance felt great.

Another area in which Skyrim VR impresses is through its graphics. I was playing on a PS4 Pro, so I can’t say if there are any significant drawbacks using Sony’s standard console, but Bethesda has done an impressive job getting the full experience up and running inside the current technical constraints of VR systems. Sure it’s a six year old game, but this version does seem to be based off the Special Edition releases for current generation consoles rather than the original Xbox 360 and PS3 releases. The inherent limitations of the PSVR’s 1080p screen does mean that distant objects appear rather blurry, but the overall impression, especially with textures up close in many instances is one of a modern game. 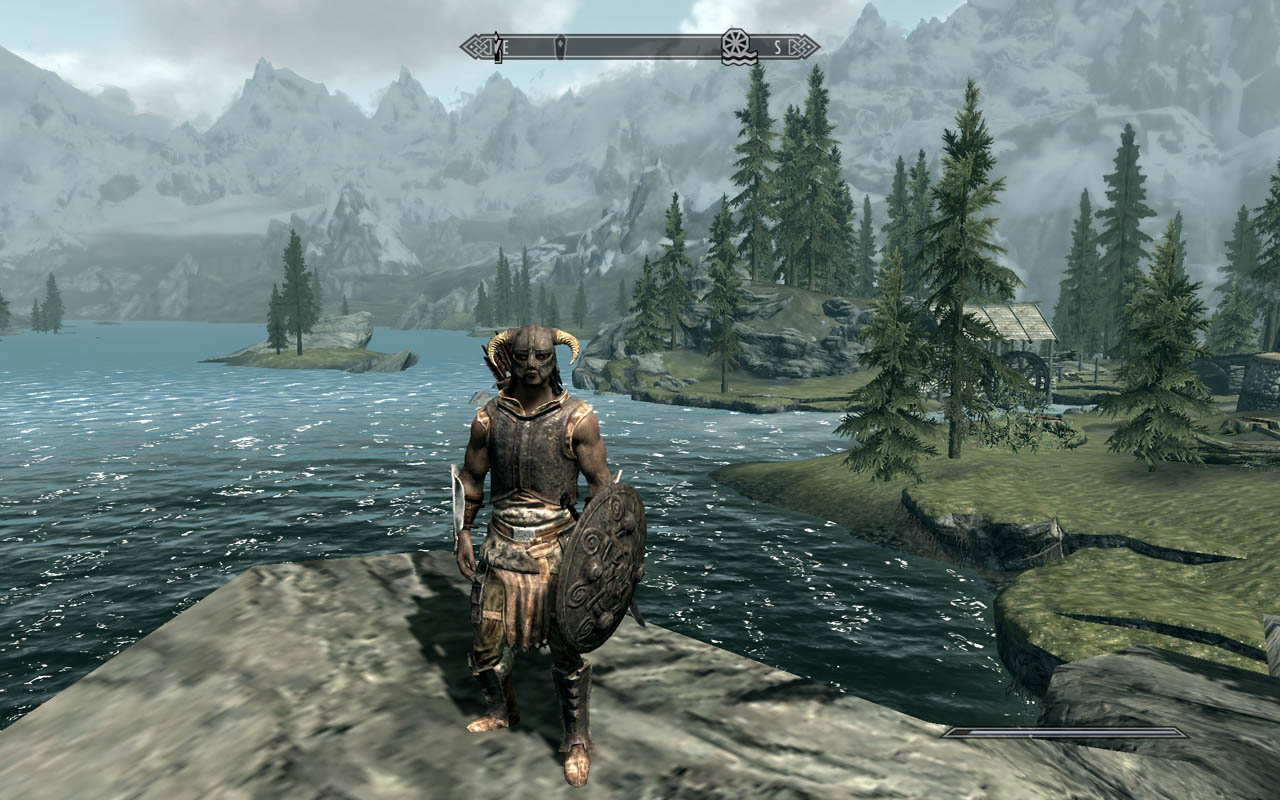 Apart from that, it’s hard to describe – it’s Skyrim in VR.

Yes there are some limitations, but this is no tech demo. This is the full game in all its massive, sometimes janky glory. And chances are that you’ve already played Skyrim, perhaps even multiple times. So is this version worth another run through?

Well I think that depends on two things: your tolerance for staying in VR for longer periods of time, and whether the idea of a new way to play with the move controllers would be appealing to you. But certainly for those who lamented the lack of full-featured content on PSVR, Skyrim provides dozens of hours of potential entertainment. It could very well be the only game you want to play in VR for a long time. It also makes me look forward to what Bethesda are bringing to the table with Doom VFR – they have proven their VR chops with this game, so can lightning strike twice with another classic series? 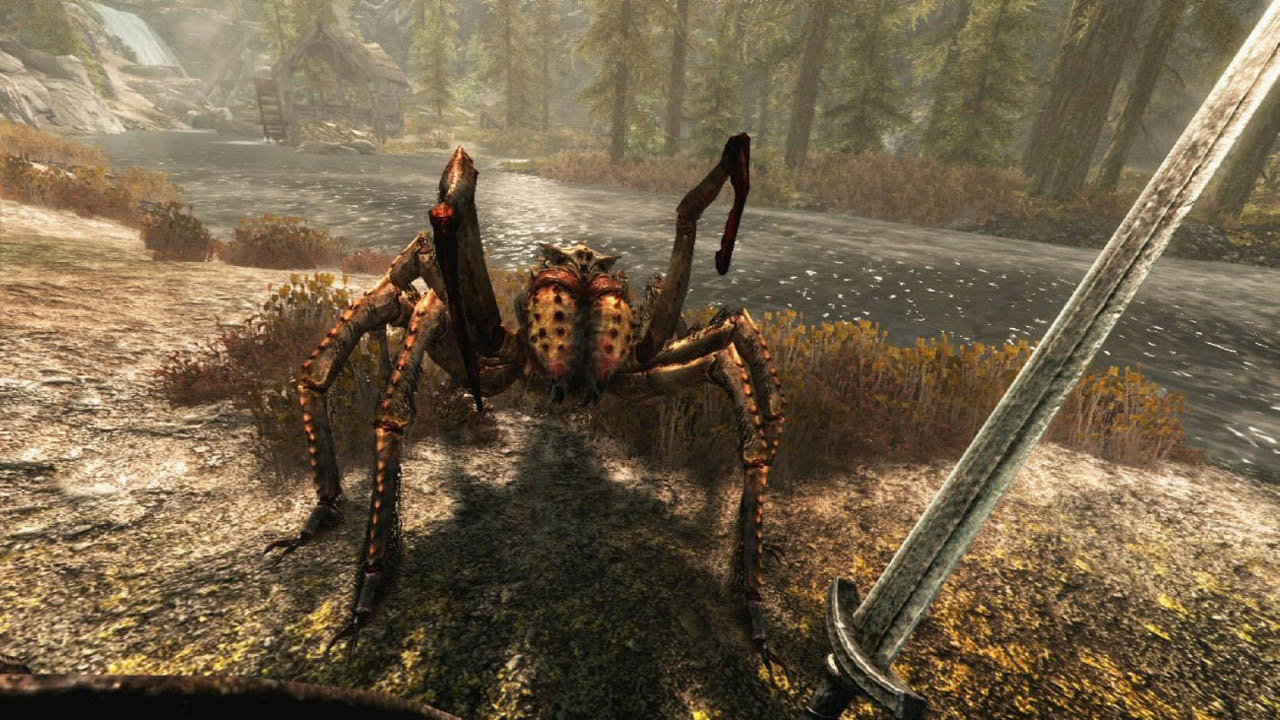 It is interesting that Skyrim VR was released on the same day as the Nintendo Switch version.

One allows you to take the game anywhere, but is limited to the traditional 2D perspective. The other, forces you to stay in a very predefined area, but allows for a hitherto unknown level of immersion in that world.

It presents an interesting choice for us gamers, and I can’t wait for the inevitable re-re-release of Skyrim on mobile VR that will cross that gap between the two sometime in 2025. 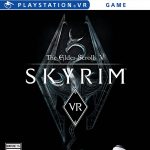