Printed in massive letters on the front of the booklet I received along with my copy of Project CARS is the words “By Racers 4 Racers”. There is probably no better summary for this crowd funded Kickstarter racing simulator.

Every aspect of the game feels like it was built by fans of the genre who were yearning for something more. The end result is an intense hard-core experience that breathes new life into a stagnant genre dominated by two titans, Forza and Gran Turismo.

Project CARS refuses to follow in the footsteps of other big name racing simulators. Instead it makes its own path with a more realistic career mode and less forgiving controls which it strides on in full confidence. 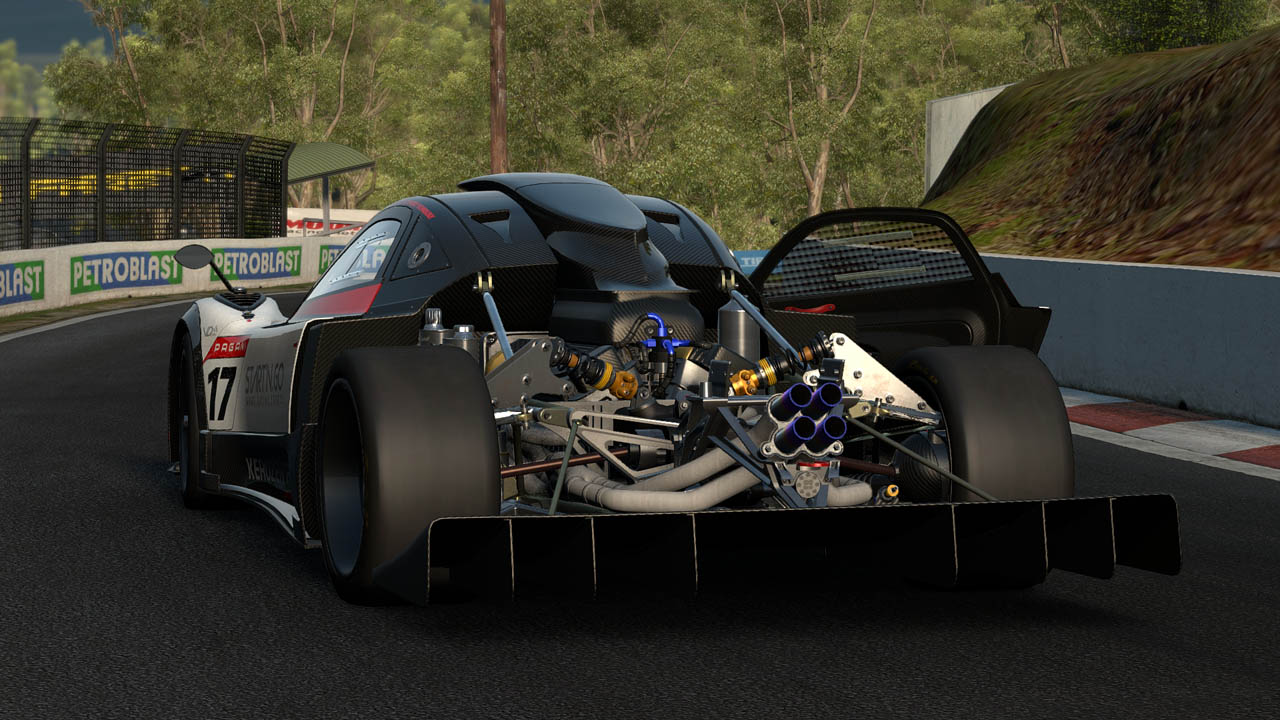 The Career Mode is one of the biggest differentiators of Project CARS where it opts for a more realistic approach.

Career is based around signing contracts to join teams in different championships with a noticeable absence of buying and upgrading cars.

Due to this, each race is played on a more level playing field with skill being the determining factor rather than the latest engine upgrade. This provides a degree of difficulty yet also fairness to each race. 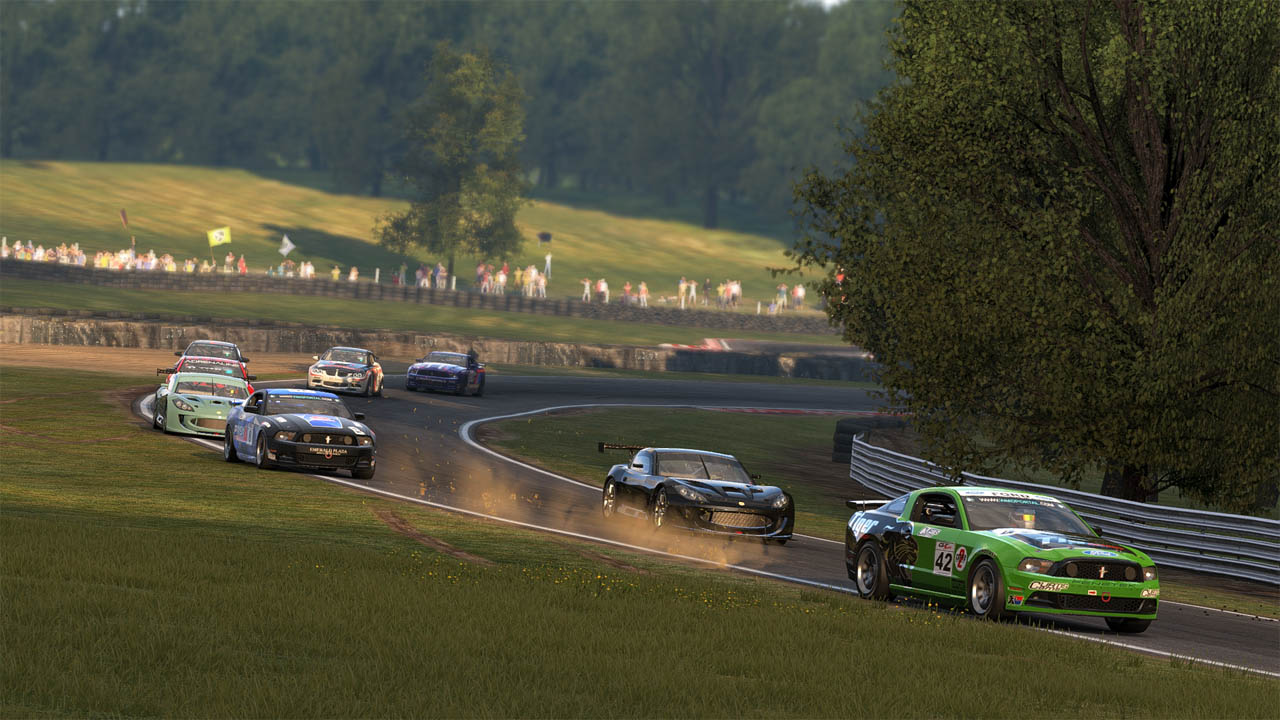 From the start you are able to choose from any type of Championship from the Tier 12 Karting to the Tier 1 F1 racing.

Once you select your Championship, you then get to choose one of two contracts to sign. From here you are locked into the Championship until you receive an offer from another team to participate in a different Championship.

Controlling your car proves to be a difficult affair for the unskilled such as myself. I found it to be much less forgiving than I am used to in other racing games. I exclusively used a controller for my time with the game and I couldn’t kick the feeling that the game would be much better suited to a steering wheel. 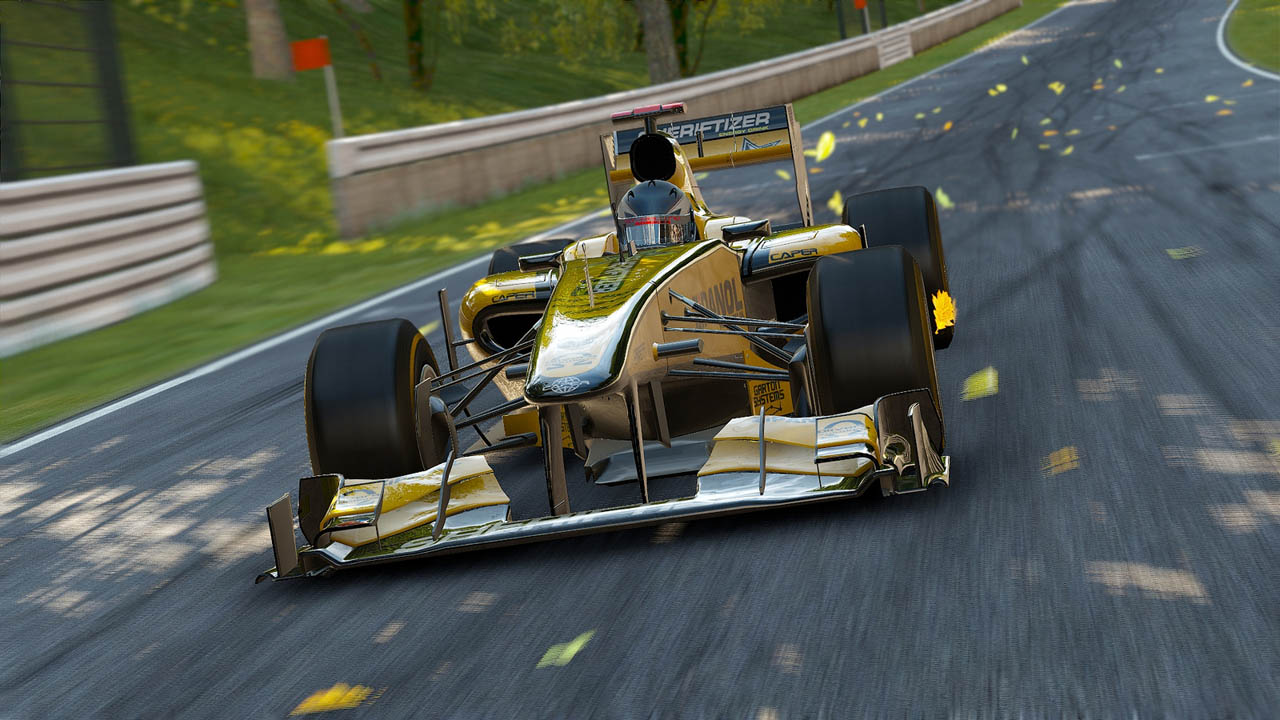 Absent from Project CARS is a in game monetary or other reward system to mark progress and achievement for winning races. Instead it relies purely on the sense of accomplishment of winning individual races and championships. Despite my initial skepticism, I couldn’t help but feel that it somehow works without the usual incentives.

Championships are split up into different regions and races. Each race typically has a practice race where, as you can probably guess, you practice as well as a qualifier where your best lap determines your starting position for the actual race.

You can skip both of these however having a better starting position really does make a huge difference to the difficulty of the race. 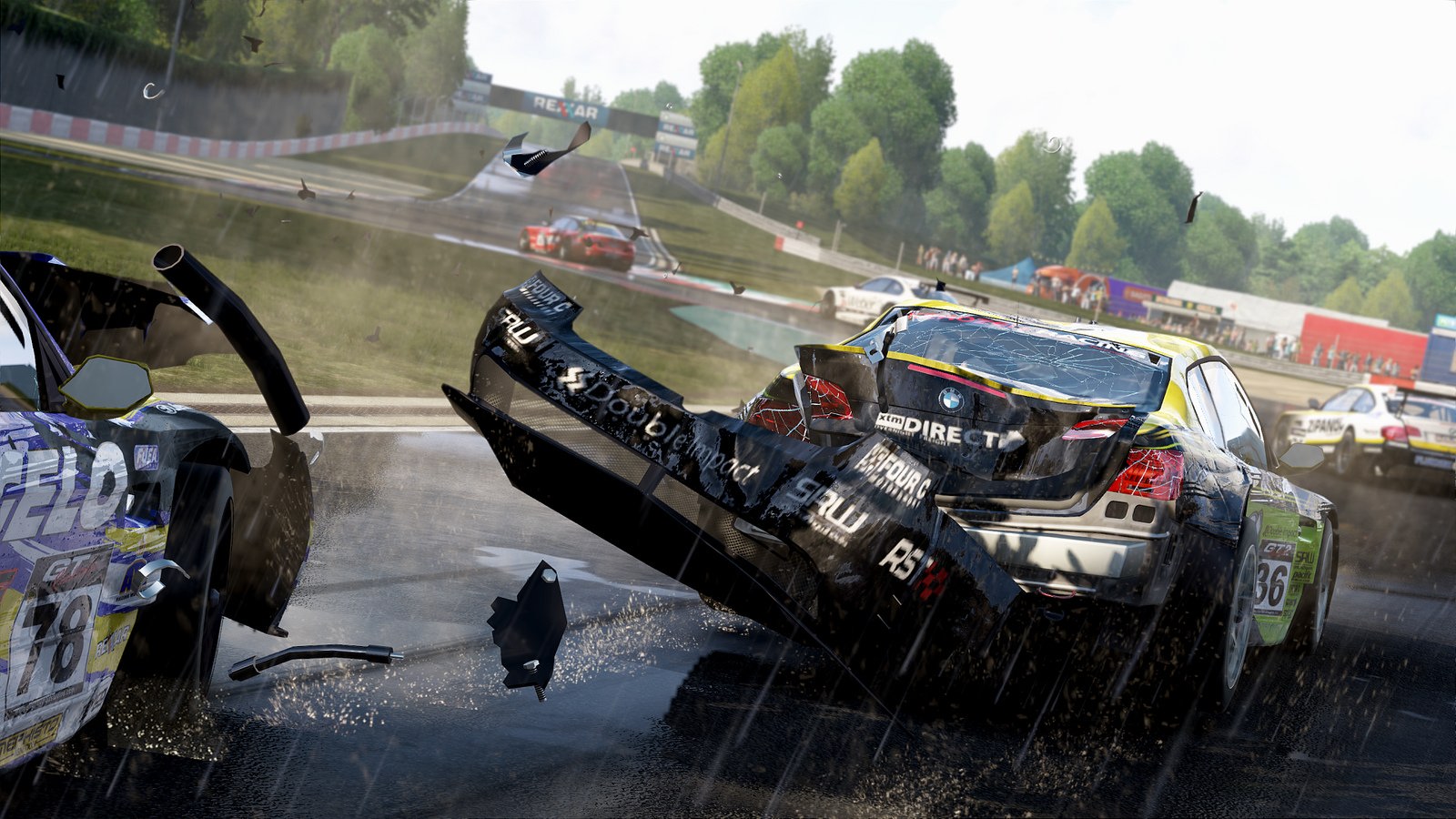 Between races you are given access to a central screen where you may read tweets from your imaginary fans, read emails, check progress and open the Calendar to select your next event. Despite many of the features feeling somewhat useless, it enabled everything to be centralised and easily accessible.

Featured in the game is a large selection of cars and race tracks. While I enjoyed the variety of tracks, the large number of cars was less noteworthy to me due to the inability to buy and sell them. 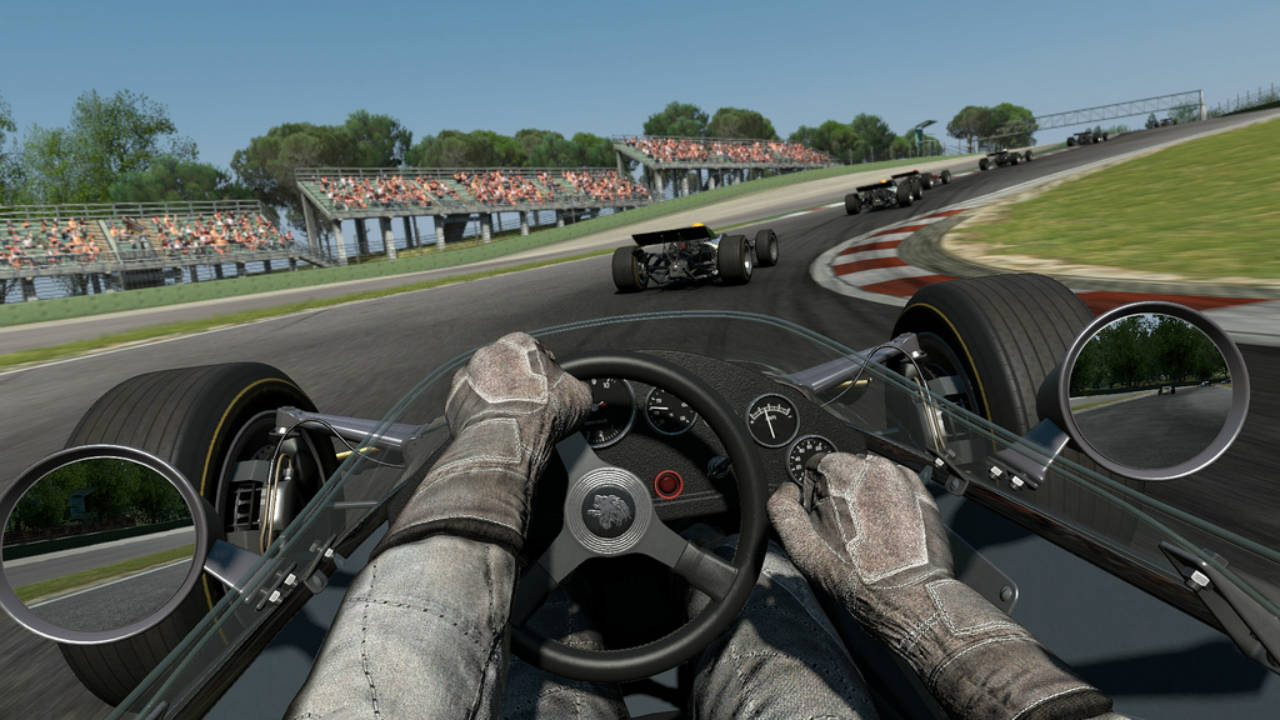 In terms of race types, there are no innovative or interesting types to choose from.

There is one mode that requires you to make a pit stop on a seemingly random specified lap. This is different for each driver which makes things very chaotic.

The downside of this mode is that it forces players to interact with the buggiest and worst implemented section of the game. Other than getting stuck on walls, I’ve had opponents get called into the pit on the last lap, allowing them to cross the finish line without having to stop.

There is also a noticeable lack of animation of any action taking place despite typical pit sounds such as tyres being replaced. Your car literally stops for several seconds in-front of a man and nothing physically happens. 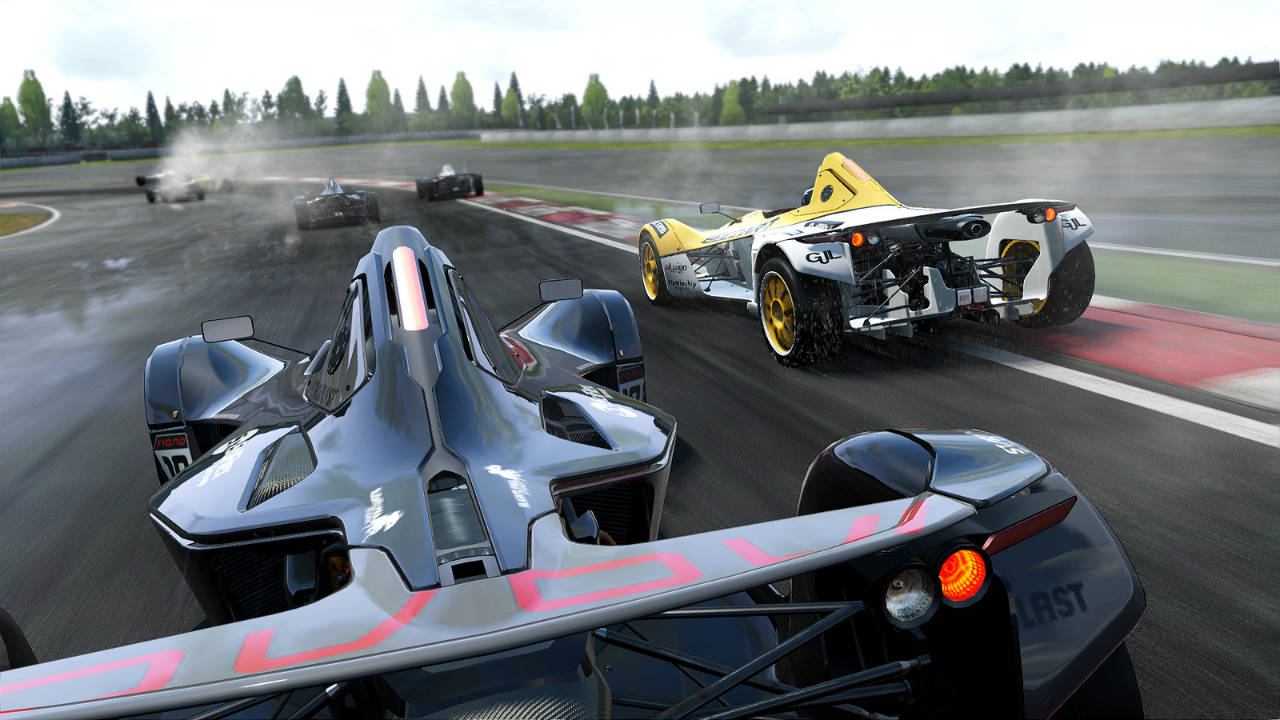 The online multiplayer featured in the game is jam packed full of options.

Creating rules for a race or joining someone else was a simple task. In absence of any truly unique or interesting modes to play, the multiplayer is very simply a place to go if you want to test your skills online.

Outside of this you are able to just race for fun, using the plethora of options to set up your race type & rules. For those who just love racing, this would be a perfect opportunity to just have fun. For me though, I felt that the Career Mode provided much more satisfaction and meaning. 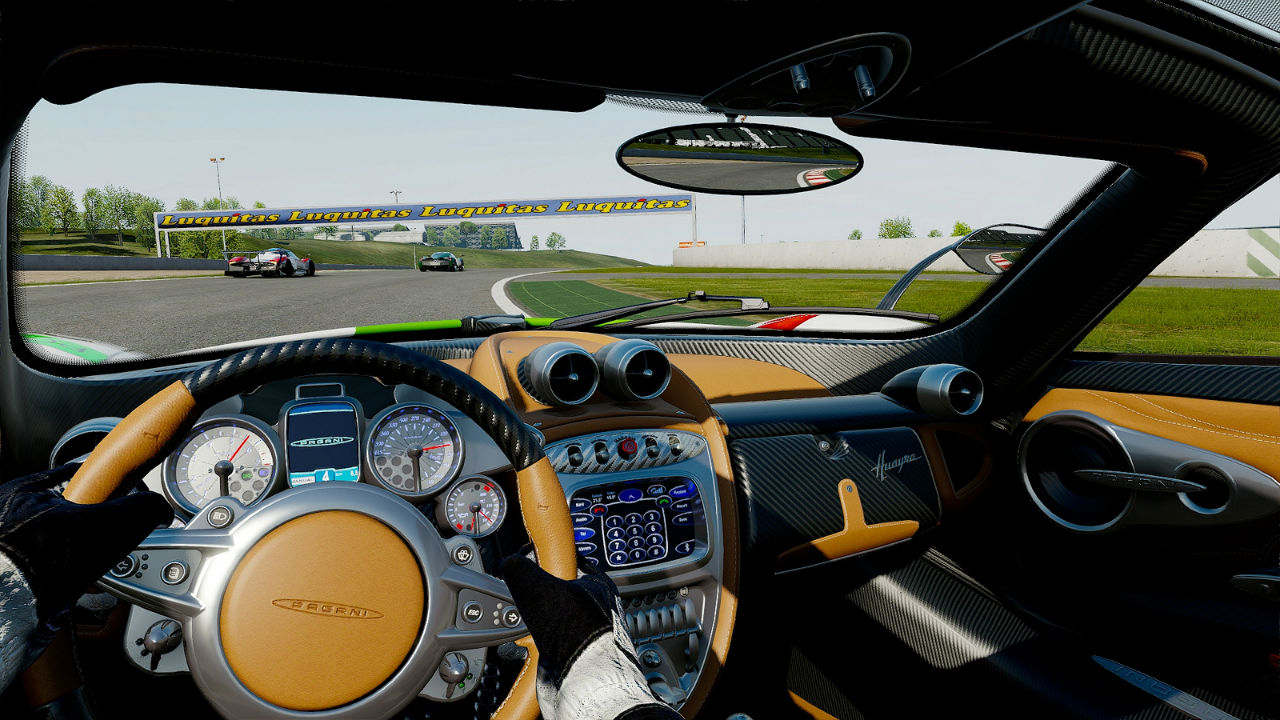 Visually, the game falls into the same category as most other racing games. Cars look stunning, distant scenery look fantastic, short to medium distance environments look okay but could use some improvement. There are the typical dynamic weather that you would hope to see in any racing game these days.

All aspects combined, Project CARS is definitely tailored to more hard-core racing simulator fans. It provides for a very difficult experience requiring skill and patience to overcome where a sense of accomplishment is the true reward. 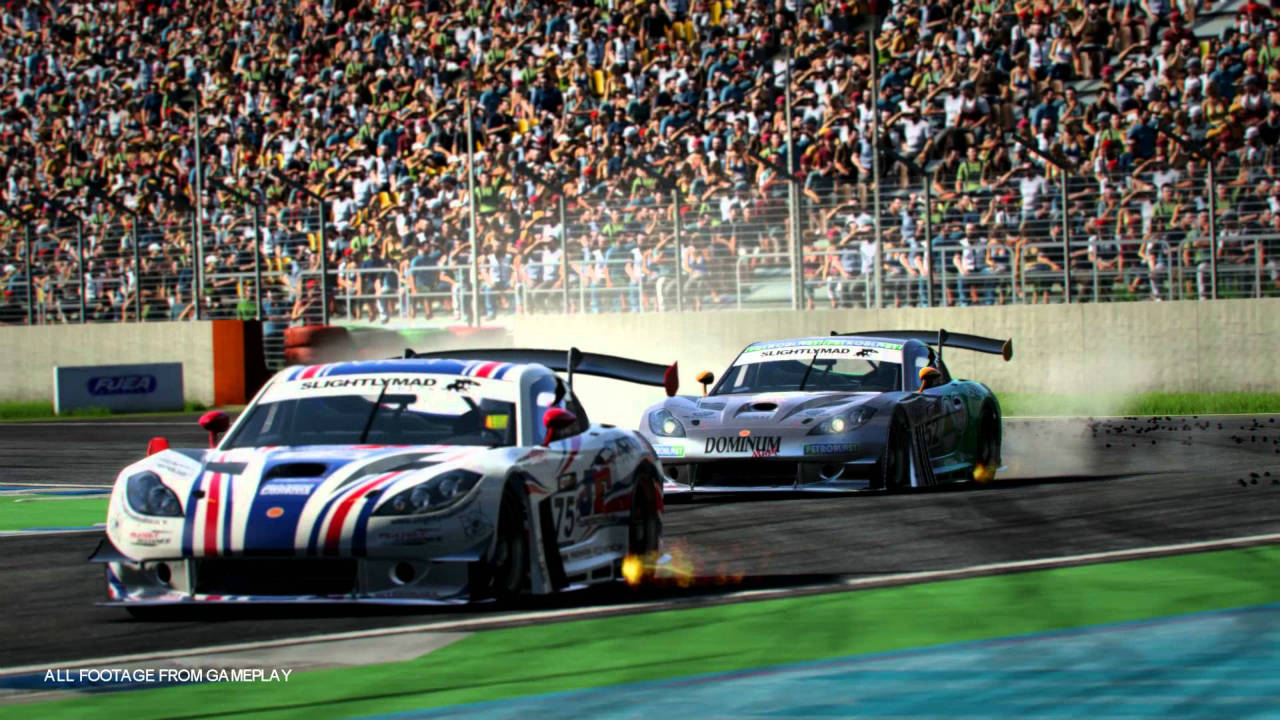 To this extent, Project CARS does very much feel like the Dark Souls of the racing simulator genre.

While I truly believe that Project CARS is a great game, it is one that in the end I personally couldn’t enjoy. That said I did actually like the way the game was put together, it just unfortunately was unable to grab me.