Life is Feudal: Your Own Review 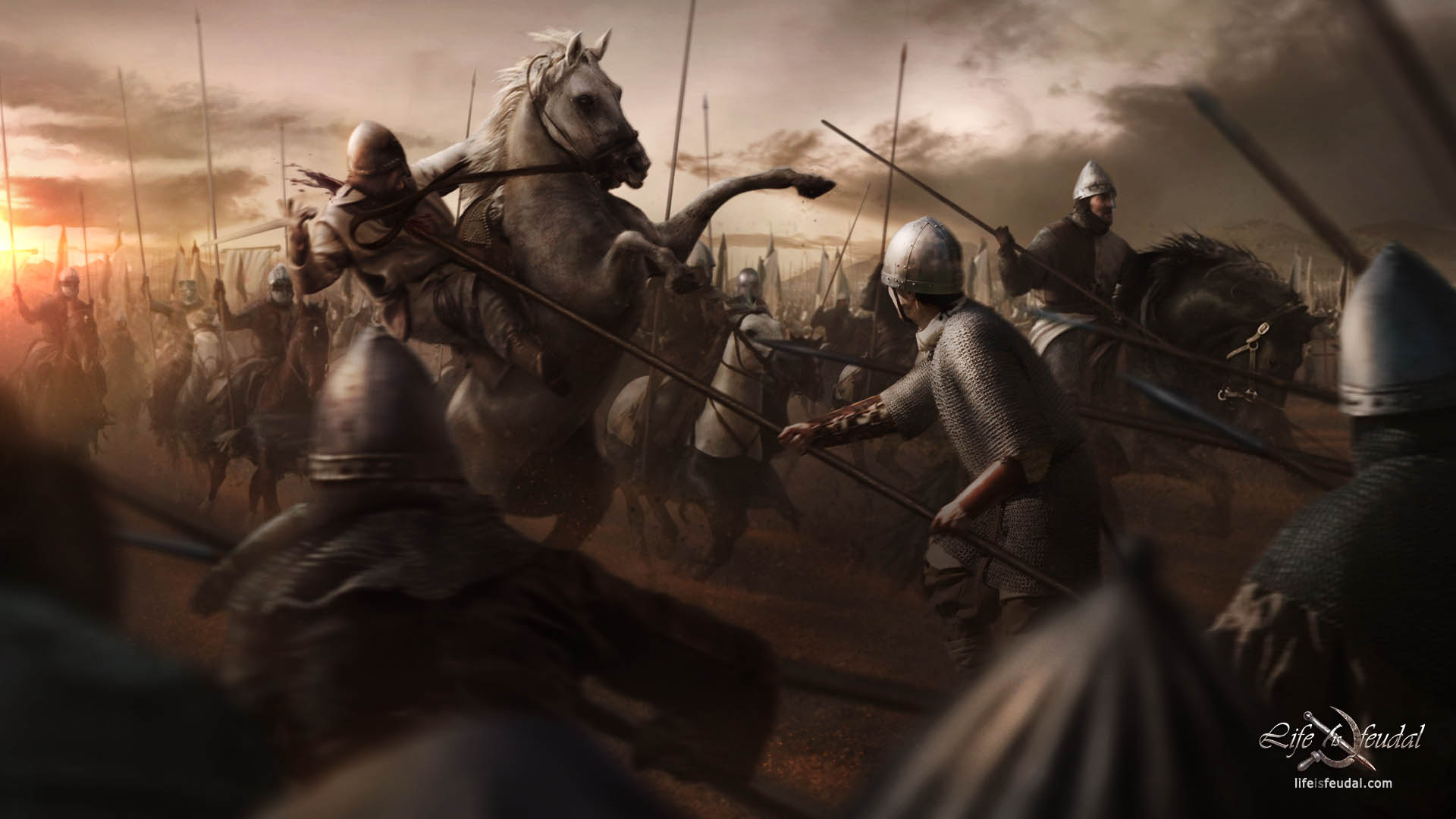 Life is Feudal is a game full of big ideas and big landscapes but suffers from poor execution.

It is a sandbox game with a huge offering of 64-players (max) per server, with a MMO planned for sometime next year and is published by Bitbox Ltd. It is similar, in premise, to Minecraft in that the player is responsible for entertaining themselves by shaping the world around them to better suit their whims. However, it lacks the polish and streamlined gameplay which would make it stand out when compared to other games in this genre.

This game starts off with a real RPG feel to it. You pick a character from 3 different races, then modify their appearance and select their starting stats. Pretty standard stuff. However, once you enter the game world the real potential of the game becomes apparent.

You are dropped into a vast wilderness with no goal and no direction. So what do you do? In short, you survive by any means necessary. Foraging for materials, crafting tools, hunting food and manipulating the environment around you to make your life easier. Every action you do, from foraging to building, will give you experience points. This is an excellent idea as it allows the player to dynamically shape a character to fit their unique play style. 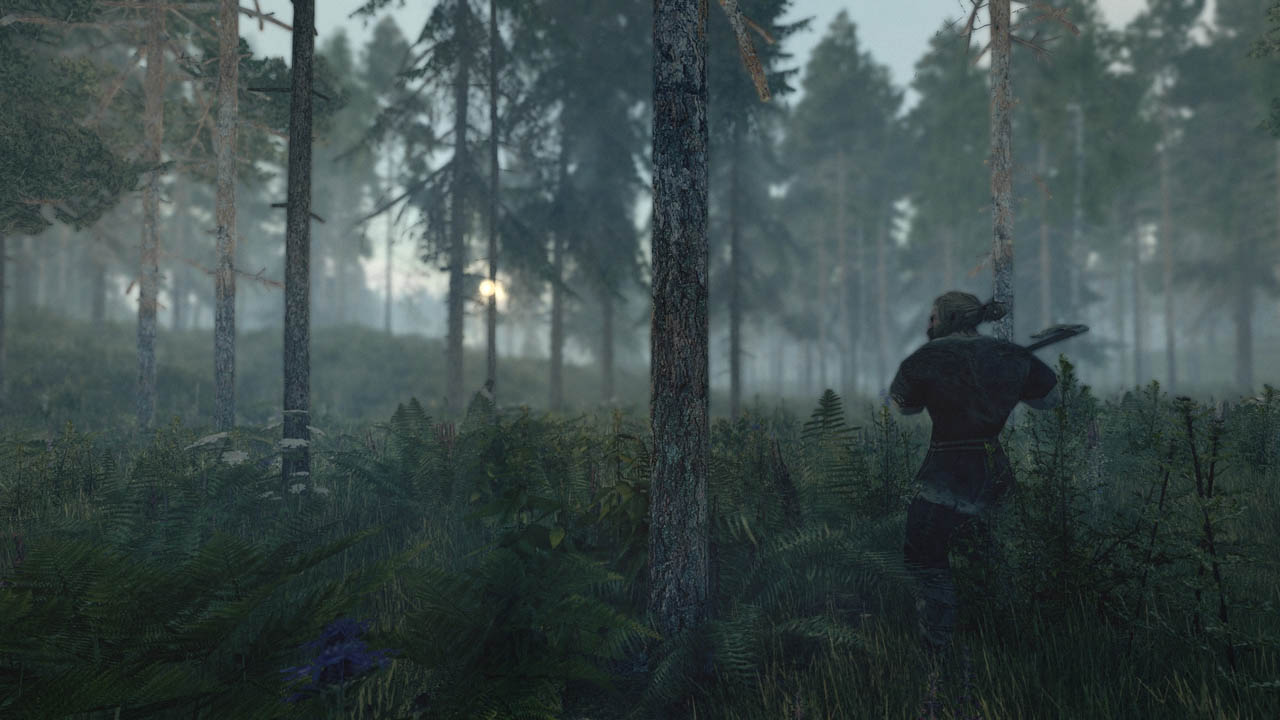 The player is awarded with very little experience points for each action they do. That said the base experience multiplier is 10, but can be set all the way to 1,000 if the players chooses. I can understand why this system was implemented as it prevents players from getting really powerful at every facet of the game and makes them focus on one or two skill trees. The lower end of the experience multiplier not only gives the game a harder factor turns the early gameplay time into a grind as the player is not as generously rewarded for completing tasks.

Each task can be performed by opening a context sensitive actions menu and / or assigning actions such as digging or chopping to a hot-key.

The player then needs to search for the relevant action group for the task they want to perform and then select the task from a sub list connected to this group. An example of this is when I tried to dig a hole. I had to place my cursor on a patch of ground, then open the actions menu and select the terraforming action group. From there I had to select the “lower terrain” option from the sub list. Once selected it would take around two seconds to perform the action. I had to do this about five times before I started to notice a slight depression in the terrain I was trying to dig in. This action and many others are obviously alot easier if you opt to assign to a key. 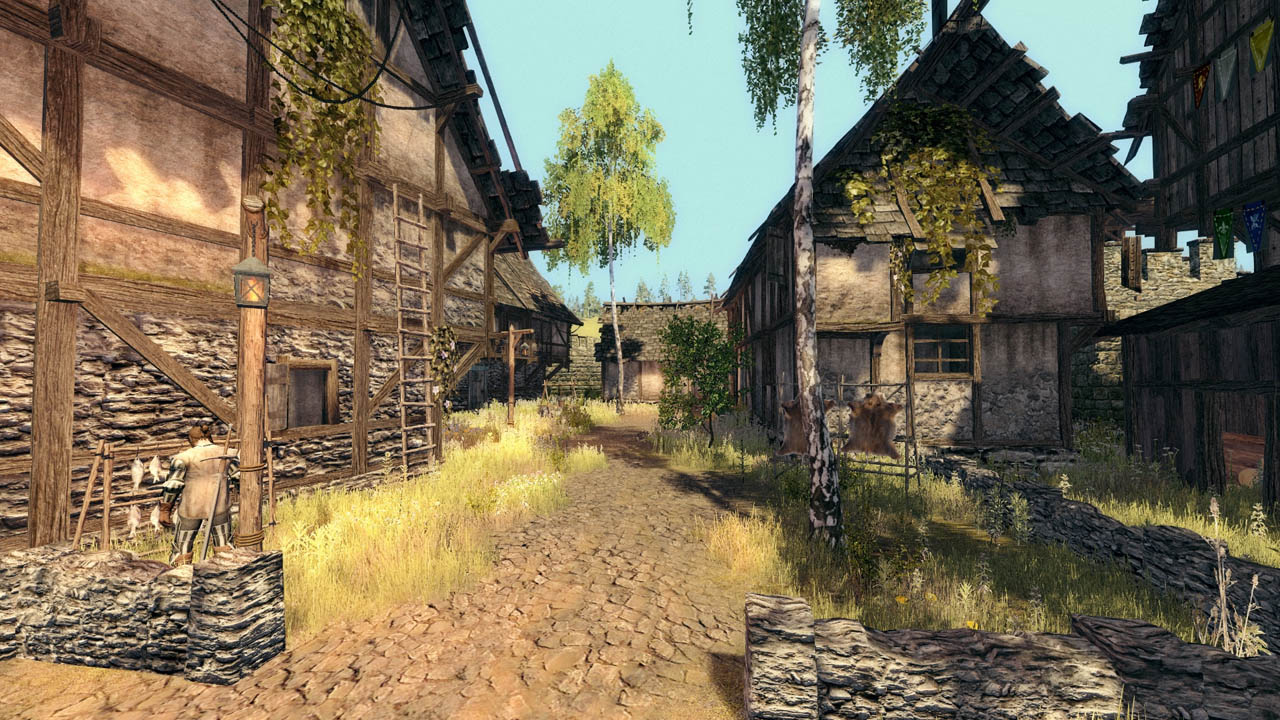 The sound is probably the best part of this game. The music score has a real medieval vibe to it, violins and cellos ebb and flow, strumming out slow melodies that soar to phenomenal crescendos and fade to soft but intense refrains. This is accompanied by loud footsteps and soft calls of hidden animals, conveying the feeling of a vast, expansive and somewhat hostile world.

While this sound design helps to immerse the player in the world and purveys a sense of scale to the player’s actions, this falls apart when the player interacts with the world around them and the lack of feedback a player receives from their actions, which I will discuss a little later on.

The graphics are a real downside to the game. 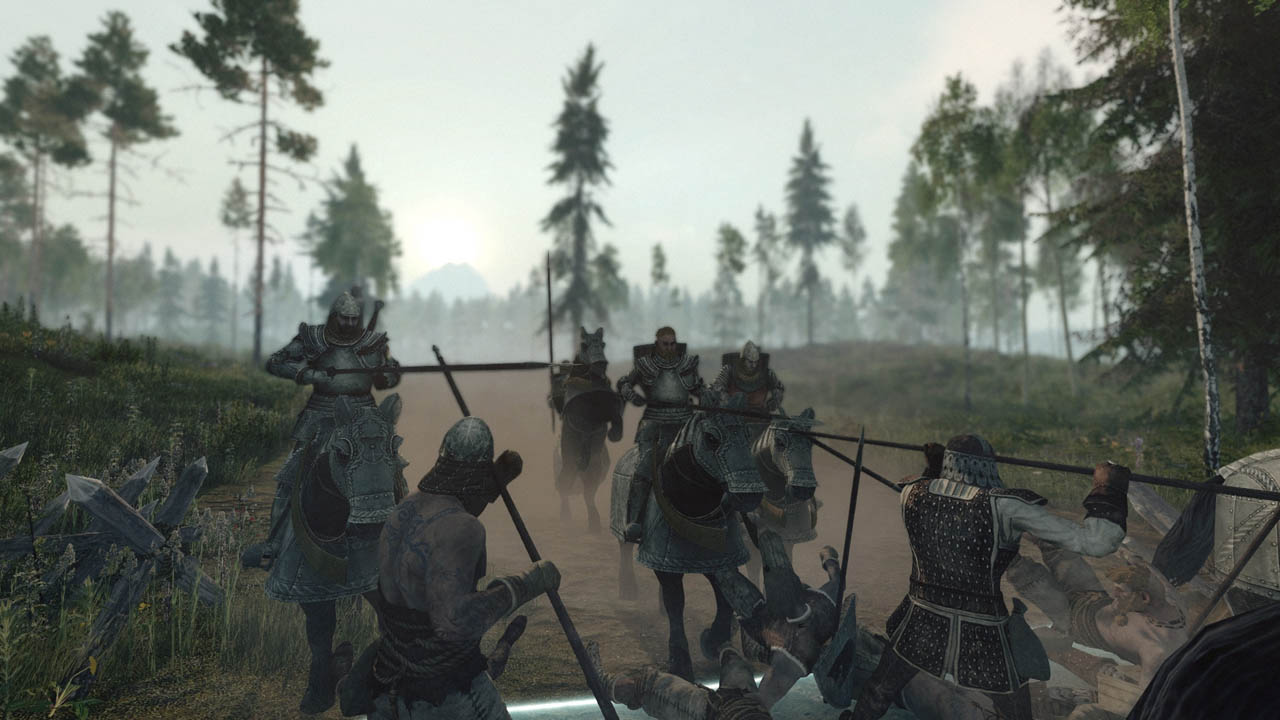 Low quality character models, low quality environments and poor, janky animation combine to hinder the player’s engagement with the world around them. The developers would have been better to utilise a less realistic art style, similar to such games as Borderlands and Minecraft. An art style less GPU intensive. This would allow for a more streamlined and polished game, and have the added benefit of becoming its own unique moniker which rises above the original game and becomes iconic.

The poor animation further creates a feeling of frustration due to the unbelievable response of the surrounding environment to player’s actions. The felling of trees fells unsatisfactory and comes across as stupid. You cut down a tree, an act which provides poor visual stimulation in the first place, only to have a log pop into existence beside you and the undamaged tree to fall through this log and disappear from the world. They could have animated this much better and made it more believable to the player that they are actually cutting down a tree. 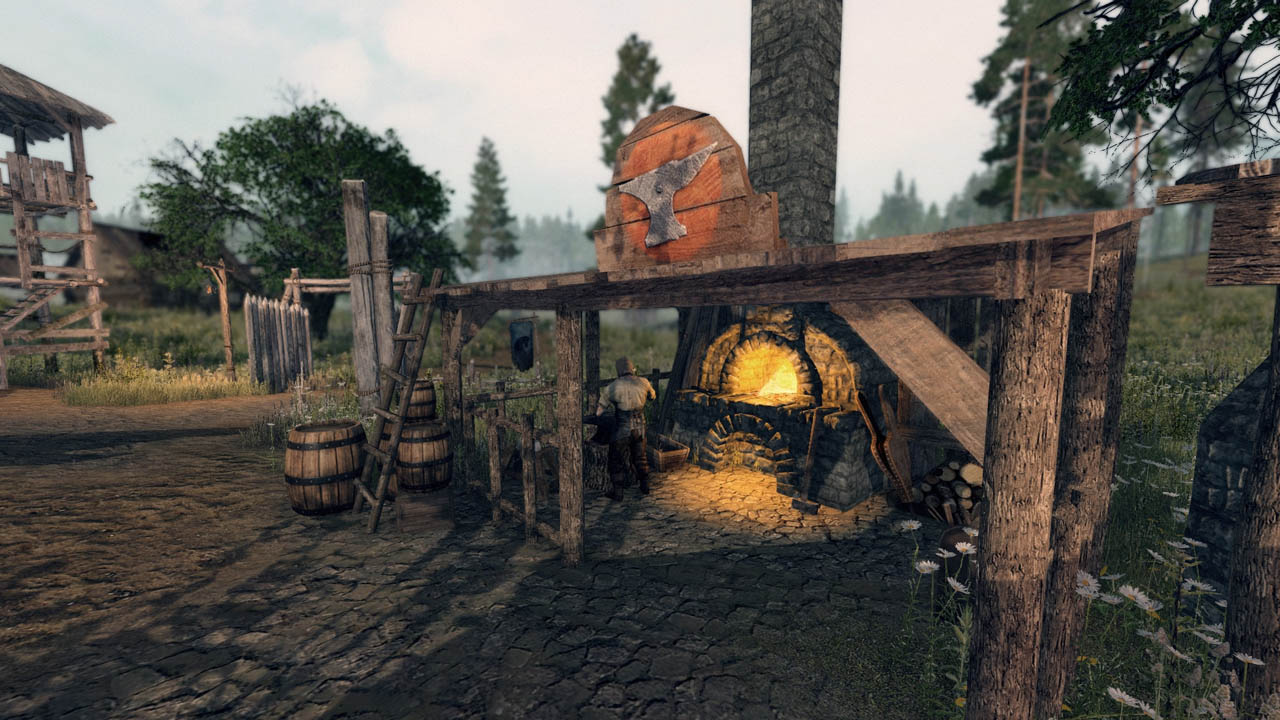 This is not an isolated case in the game. Digging has a similar unsatisfactory impact on the surrounding environment. If the player decides to dig a hole, their action is met by a sub-par and unbelievable digging animation. Only to have, upon completion of the timer, a minor level difference in the ground which is barely noticeable.

There is very little that will keep someone occupied with this game for any extended period of time. Once leaving, I cannot see myself returning to the world anytime soon. The potential replay factor for this game is minimal at best as the alternative characters do not provide enough of a variation to affect gameplay.

Life Is Feudal is a title with big ideas, but the negatives in the game hamstring it too much to differentiate it from the mass of other sandboxes out there. It does not have any real stand out selling point with its potential getting lost in a sea of mediocrity.