The realms of first person shooters are usually linear ones. Homefront: The Revolution tries to give us a more open world first person shooter. It is based on an alternate history. The digital revolution has happened in North Korea making it a force to be reckoned with. The US, having large war debts from tiffs in the middle east, default on their debt to Korea, and this precipitates Korea’s decision to invade and occupy the USA to settle things.

Homefront: The Revolution follows the main character and silent protagonist Ethan Brady. He, being silent, does lack personality and it doesn’t help that he goes about the game like a mindless drone doing whatever the game throws at you. You are very much a pawn in a bigger game that you have no control over and simply do everything you are told. Freedom is truly something to cherish and fighting for it is usually a just cause but in this game there are multiple occasions where the story seems to lead to an important moral choice to only have it made for you. 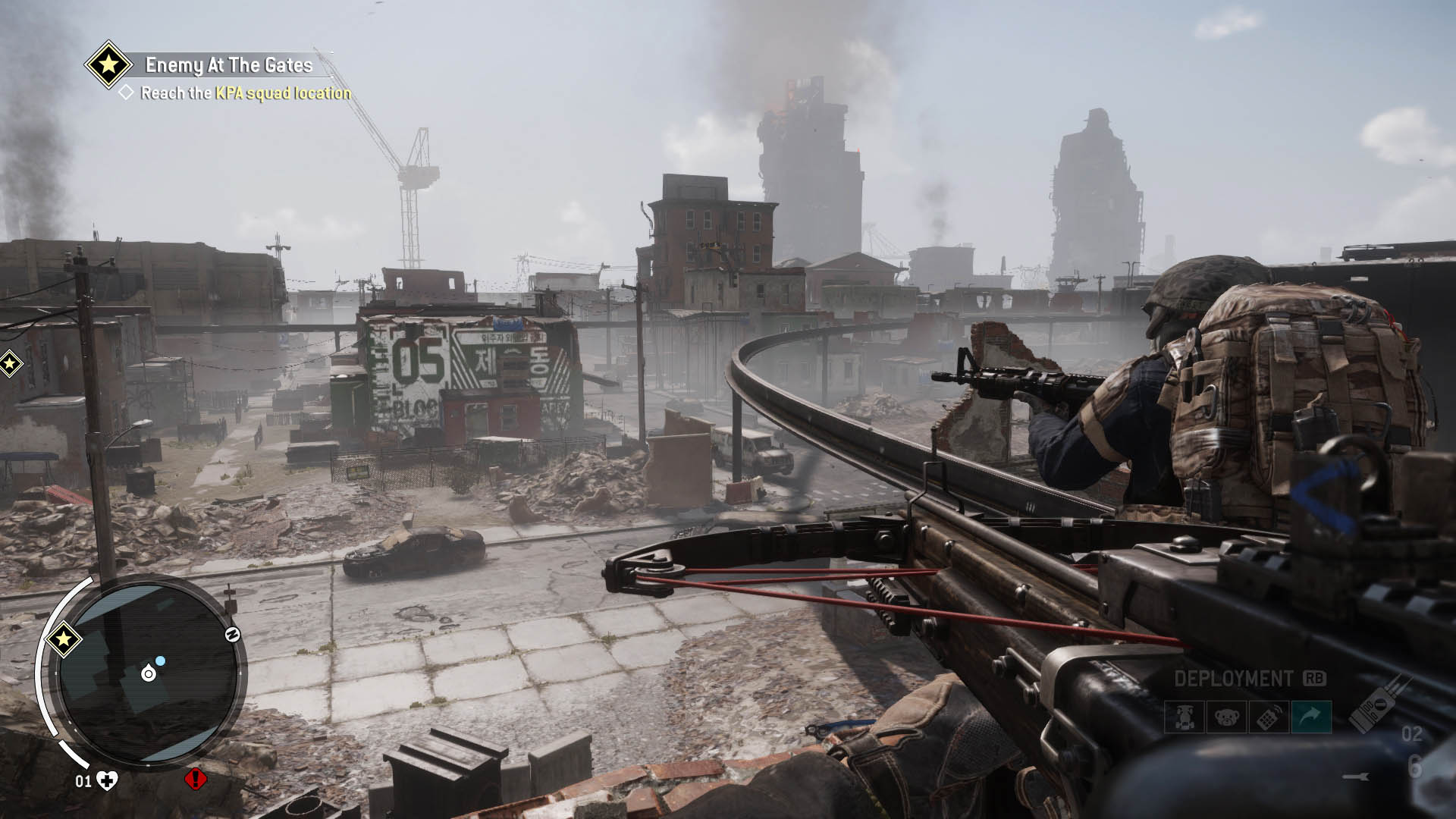 The story itself makes enough sense but the attempt to play at morality is somewhat confusing. I feel they are trying for a deep and emotional challenge to give a player inner turmoil about the horrors of war and the value of life. This however was lost on me as I feel both sides are bad.

I couldn’t really feel for the characters or plight of the revolution as the resistance aren’t particularly nice human beings either. Brady is found by the resistance, beaten and then taken in to be tortured for no particular reason and without question. This is just after Brady is saved from enemy torture by the resistance’s hero, Benjamin Walker. An out of the frying pan into the fire sort of thing, thankfully some other individuals come along and identify you as a friendly before torture commences, regardless this doesn’t do much to convince me there is a good side.

Side quests such as burning enemy soldiers alive to bring down their morale certainly didn’t help persuade me of their cause. Since there are no choices or options you just have tag along with whatever plan is being implemented. Why make a game where morality and life are things they are trying to make the topic but then just string the player along a path where no decisions can be made on the topic. 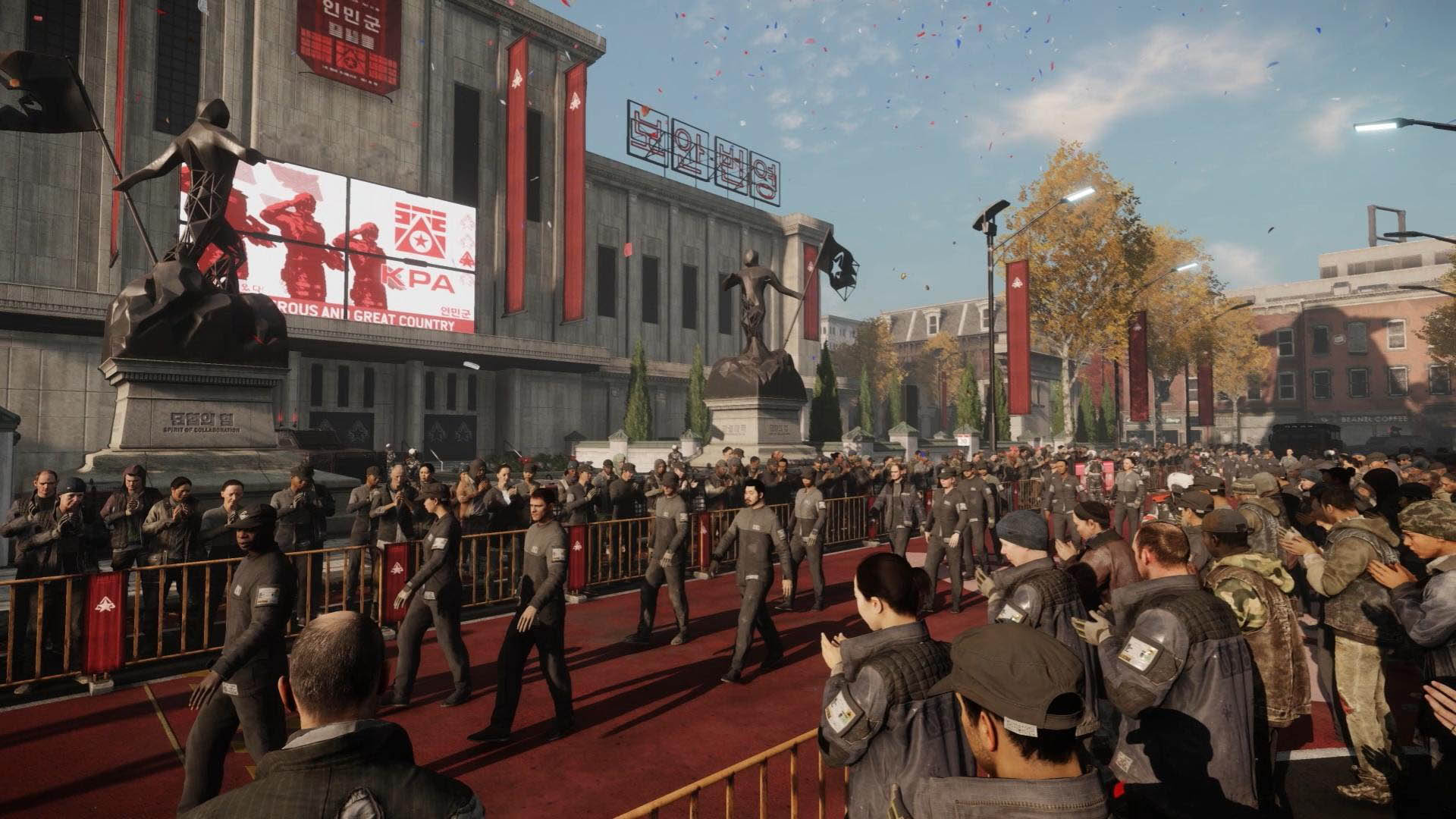 The overall mechanics of the game are quite clunky and traversing the world can be rather frustrating. While the world is mostly accessible, jumping and grabbing onto ledges can be problematic. Many things that seem jumpable or reachable aren’t. It doesn’t help that game isn’t very responsive to what you want to do. It can take multiple attempts to jump a fence or barrier.

Other issues I found was sometimes getting stuck between two things, so you really have to watch where you are going. Movement in the game really fails to be fluid or responsive. There is plenty to climb, explore and navigate you just don’t really feel like doing so as it can be painful.

The combat and weapon mechanics aren’t great either. You start with two available weapon slots; one being a mandatory option filled with a handgun. While most guns have two alteration options they are generally useless and inferior weapons to the original. I found the best weapon to be the crossbow. It allowed for better ranged attacks and is the only stealthy weapon option that does not require purchase of attachments. Its alterations included a flamethrower and shotgun modification but sadly neither are as good as they might sound. 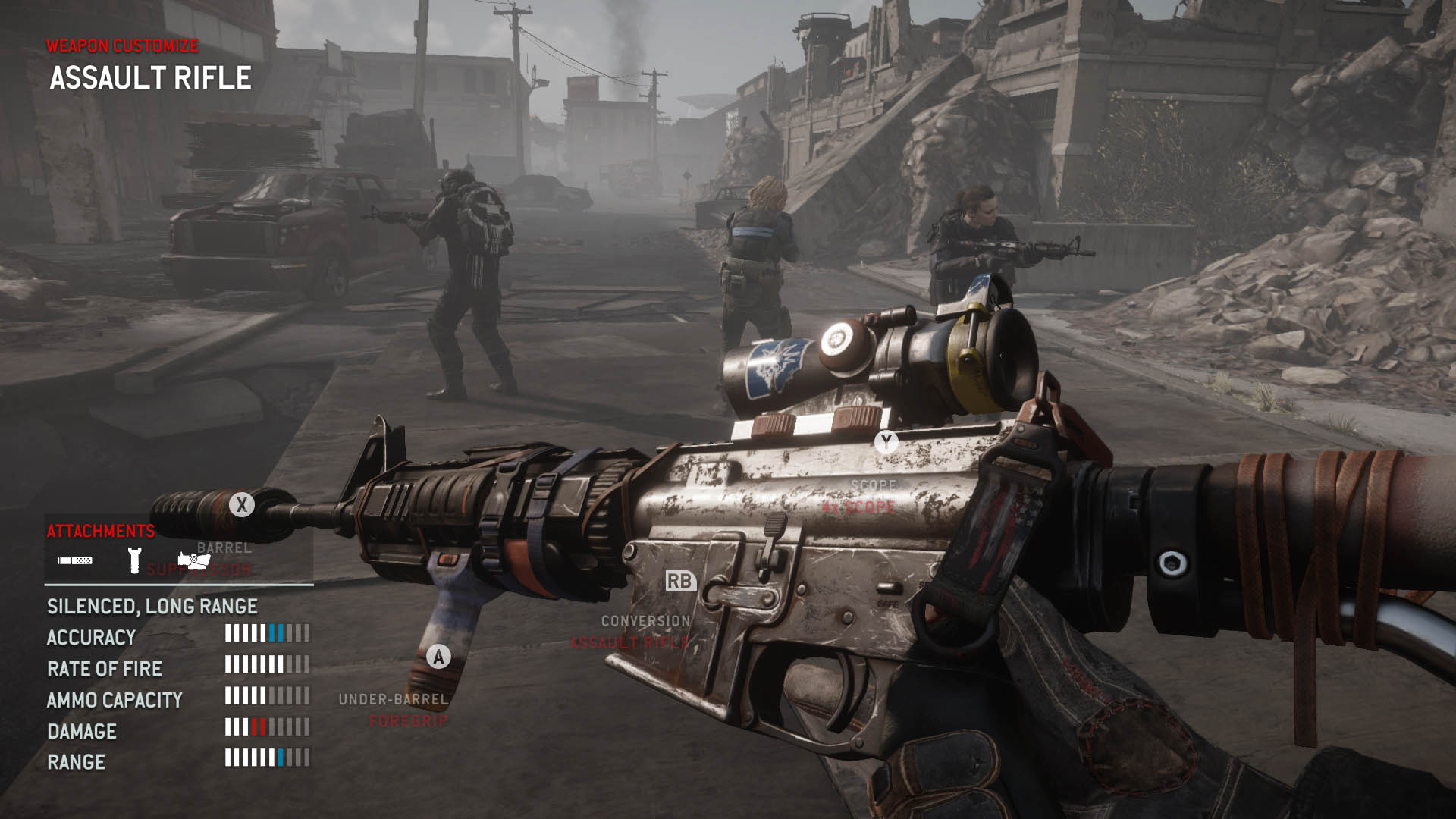 I did initially enjoy the idea of modifying a single weapon to have the capability to transform into several others, however this was quickly thwarted by both the lack of advantage they offered and the complete impracticality of equipping them. Even weapon changing is awkward, time consuming and just not ideal in the middle of a battle.It’s all a slow tedious process that isn’t worth attempting once combat has started making the idea of weapon choices a bit pointless in combat.

The game provides open world map areas in which you are allowed to exploreand claim for the revolution. There are various zone types, red and yellow. Red Zones are essentially a wasteland were fighting seems continual and they landscape portrays this. Here is where the resistance is strongest. The yellow zones are areas where the common people live. They are ghetto in style and more tightly monitored and controlled by the enemy.

Both zones can be claimed, area by area, for the resistance by doing small tasks, such as destroy a particular structure or hack a signal. Claiming an area within the zone gives the revolution control of it and provides the player with a new base where they can purchase weapons, gear and goods and refill on ammo.There is also less enemy activity within in the zone giving some motivation to conquer them all. However, as you move from zone to zone, it gets old pretty quickly. 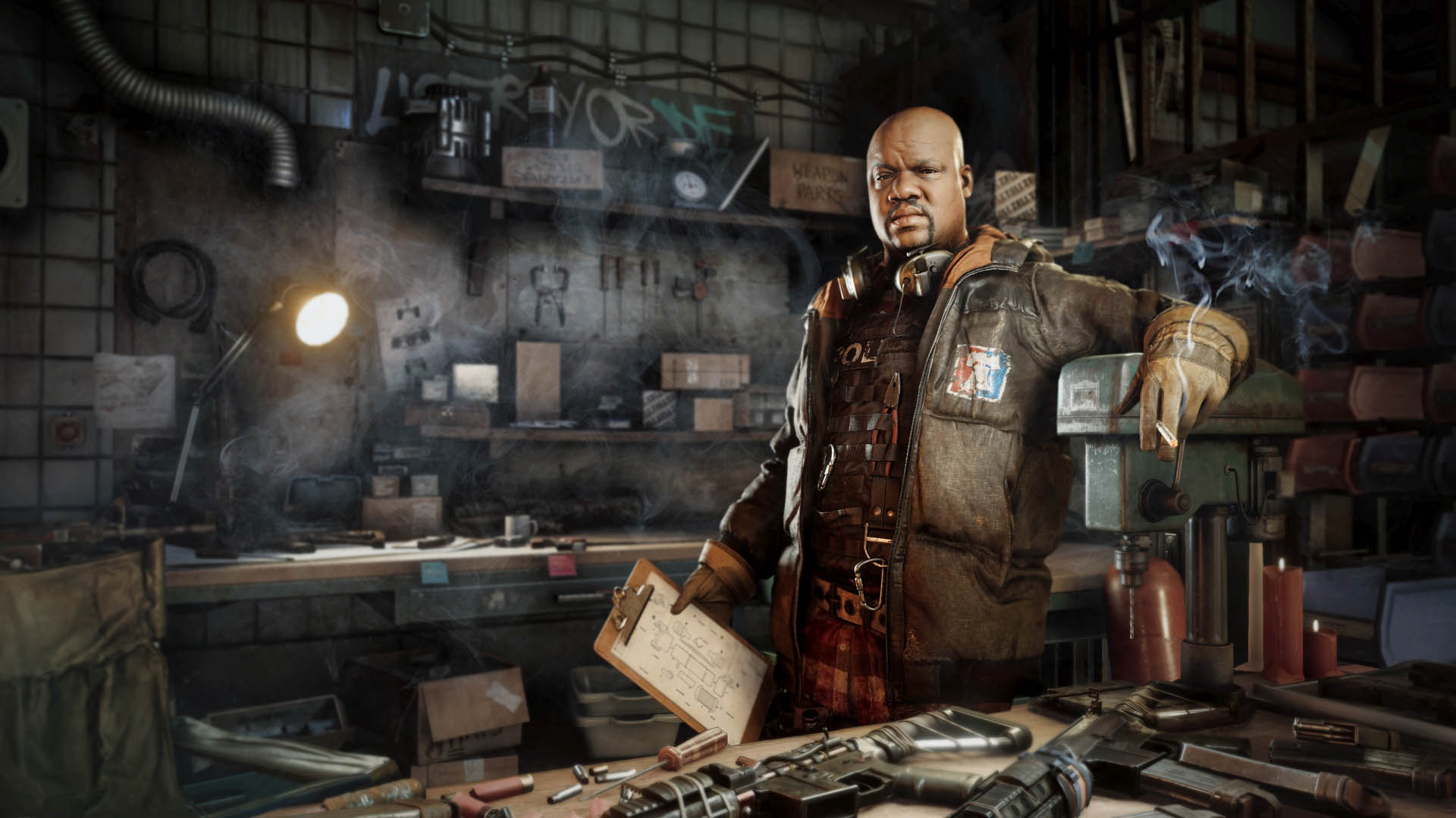 Random time sensitive mini missions randomly occur within the game. From taking out enemy snipers to destroying a particular enemy vehicle, you need to achieve your goal before the enemy succeeds. These are initially interesting but as more of them pop up they do get annoying. Having to sidetrack from your current mission to complete them becomes tiresome quickly.

The visuals on offer aren’t very captivating and I did find environments lacking. Though you travel to different zones they didn’t have much to differentiate between them or keep the environments interesting. The graphic quality isn’t great and the soundseemed to get on my nerves after a small while.

I found myself generally frustrated playing through Homefront: The Revolution with little to no motivation to continue. Between unclear directions in story, a dull protagonists and average combat mechanics, it really just doesn’t have much to keep you interested. The game on the whole is playable but it fails to be very enjoyable. There are too many small nuisances that impact the overall fun the game could have been.