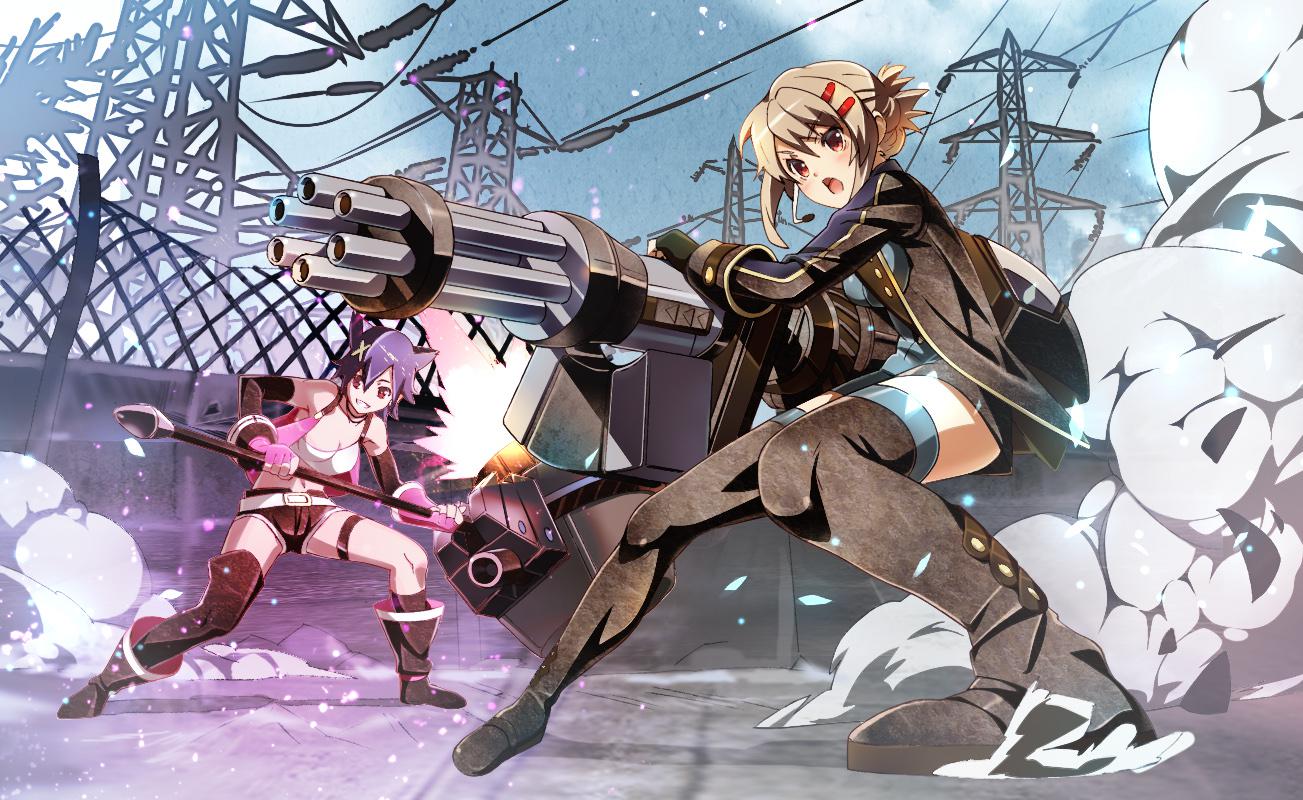 God Eater is based in a post-apocalyptic future where the earth has an issue with Aragami, the gods mentioned in the title, not actually gods.  The Aragami are monsters made of cells which are individual organisms and with one cell holding the monsters together, the destruction of an Aragami results in the cells dispersing to recombine later, hence the beasts being a major issue for humanity.  You create a new character with a solid character creation process who has just passed the test to prove you can be a god eater by wielding the god arc which is a weapon made of Aragami cells, as they join the team. 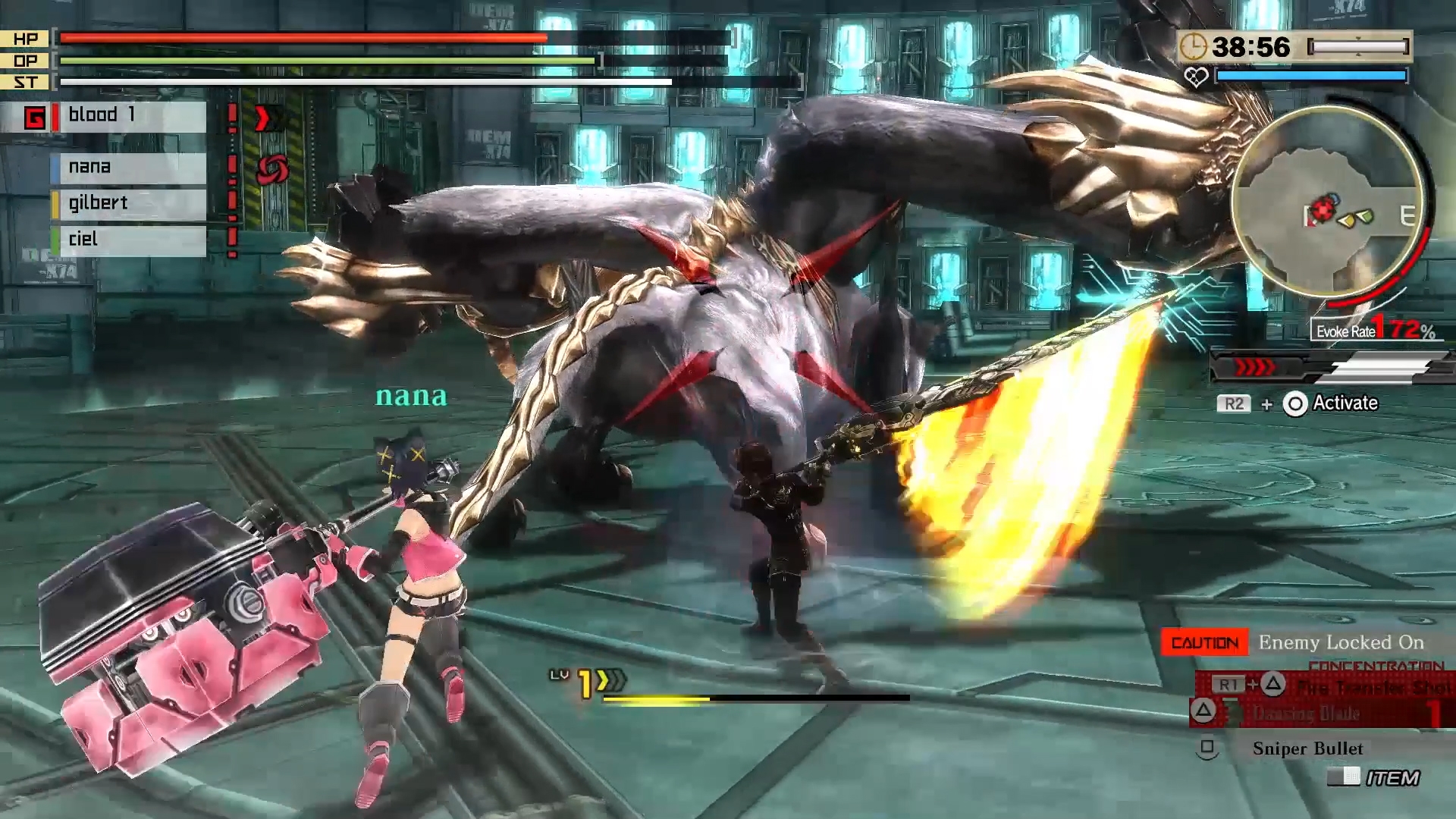 Both God Eater Resurrection and God Eater Burst 2 stories themselves are extremely average with OK character interactions and some characters that shine while others are just boring clichés.  But to be honest that is fine, there is enough of a story to keep you engaged but not too much because that is not where the game shines.  The game shines on its unique premise which is strengthened if you chose to read the information stored in the database as it fills and in its gameplay mechanics.

The gameplay loop is just excellent.  Go out on missions from a mission select screen, fight Aragami, collect the scraps left behind from them, craft items and weapons then rinse and repeat.  The stages are not too diverse, there is a limited number of them and the Aragami themselves are not too varied, there is enough of them and alternate versions of them to provide a lot of content, but it does get repetitive.  The game itself does not feel repetitive for a while but because of the number of missions if you play both games to completion, including optional missions, back to back then it does start to become a little uniform.  For this reason, the games work so well on the Vita as once you have your head around the mechanics it is perfect for picking up for a mission or two and putting back down. That is not to say they are not also good on the PS4 as you can do the same, just they are excellent on the go. 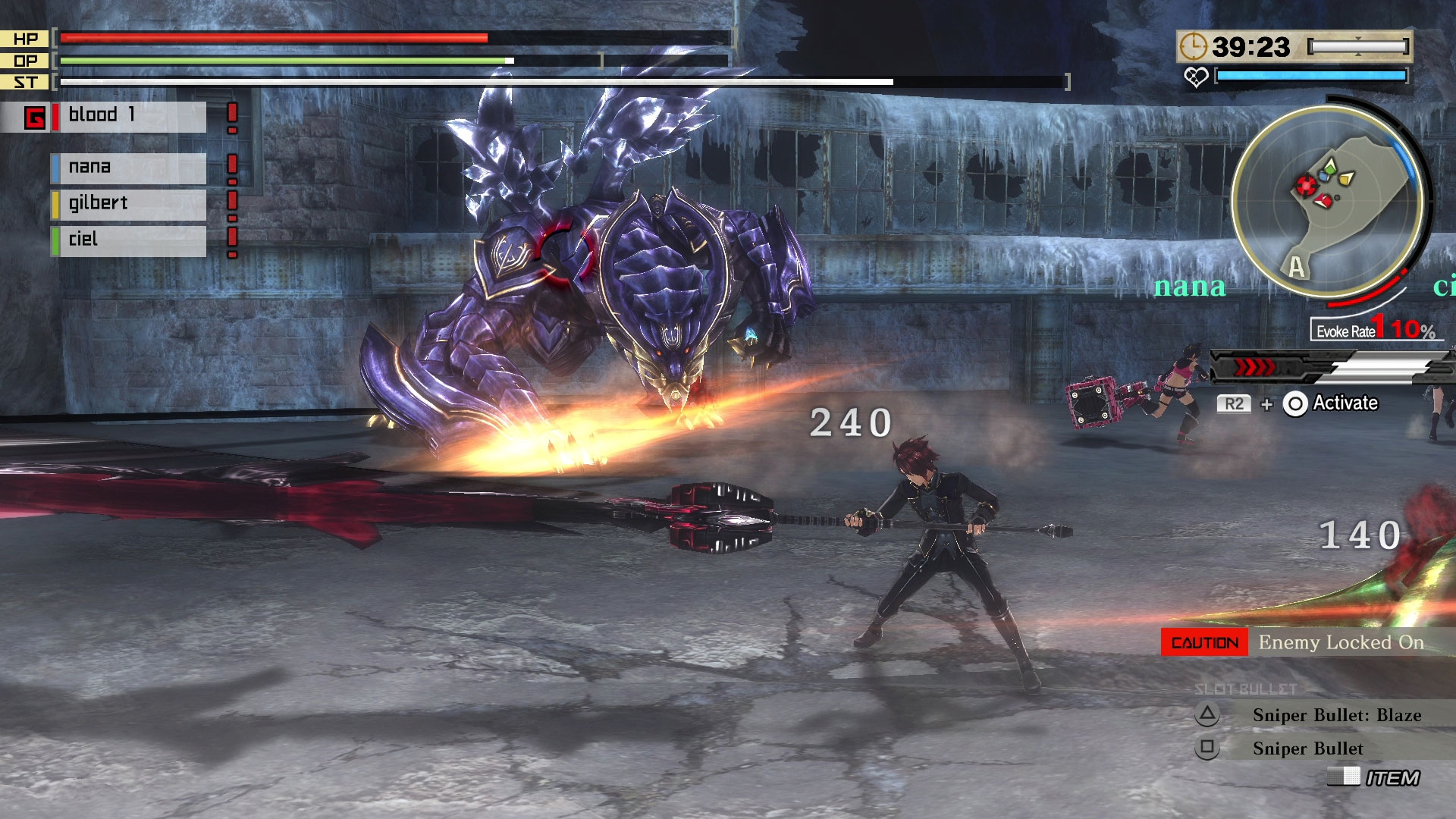 The missions themselves are great.  You find out what you will face, can look up their strengths and weaknesses and prepare your weapons to best suit the Aragami you will be facing.  This can be one or more and the types can vary in any given mission.  Then you get dropped into an arena, which can be a small area, or several corridors and rooms, which you must hunt around to find the Aragami to fight.  Then using your blade, gun and god arc you must beat the monsters.  Switching between blade and gun is relatively seamless and your gun charges as you fight, meaning a good strategy can be getting in close to do melee damage and charge your gun, then retreat to a safe distance to fire off weapons.

The god arc can be used to build up your rage burst meter meaning you inflict more damage, but it is slow to use and you need to be very close to land it, meaning that being to overzealous can have a disastrous result.  Camera angles can be a nightmare from time to time because as the action heats up when some Aragami move very quickly and erratically you will find at one moment you are looking at their face, then they are behind you, then on the other side of the map, but use of the right controls can mitigate this once you are used to it. 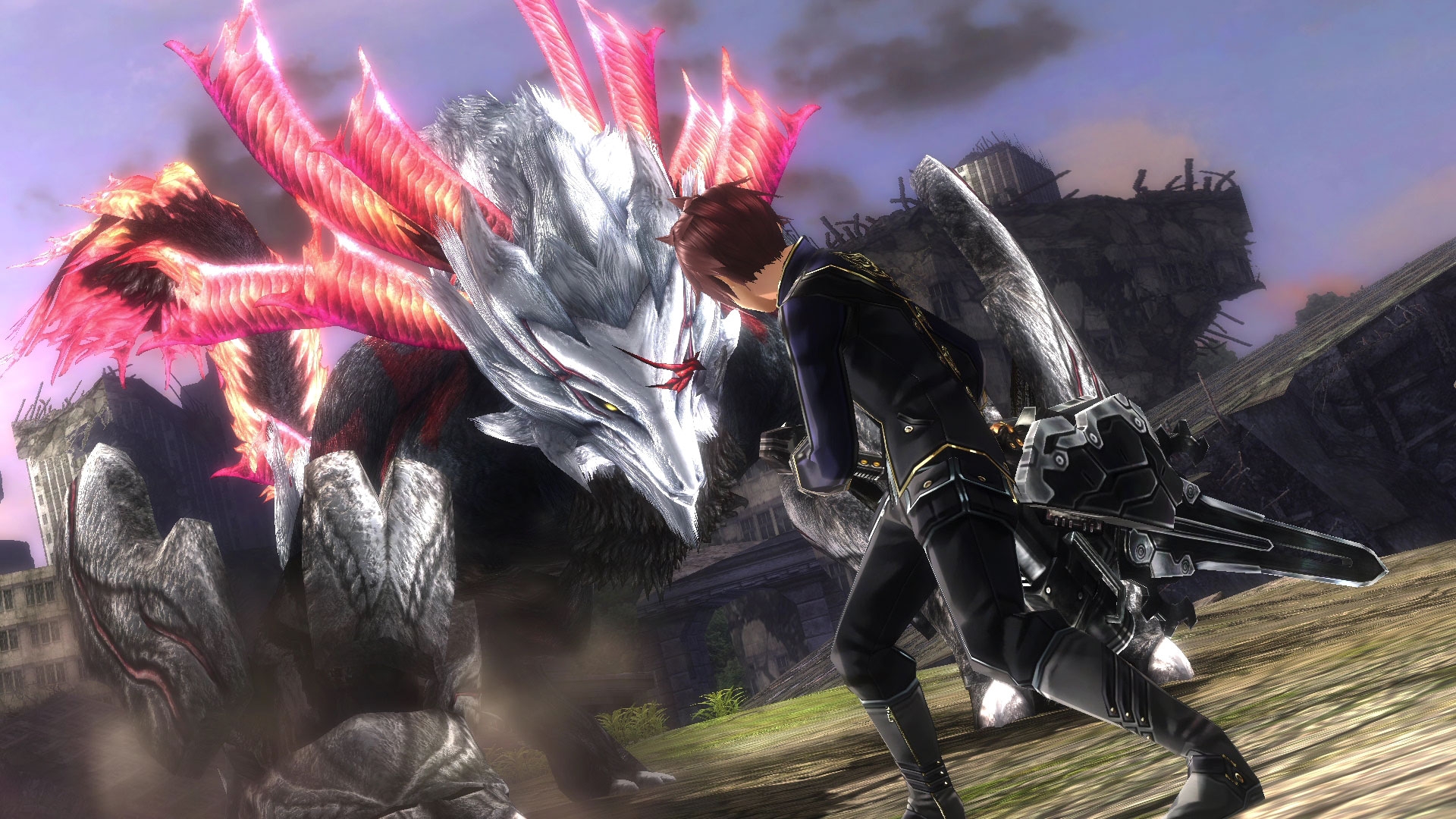 The biggest issue I had was the lack of an enemy health bar, which drove me insane, as you can hack away for 20 minutes at a boss not knowing if you are two swipes away or five minutes away from beating the Aragami.  This is an annoyance that carried with me the whole time I played, there are some weapons skills that work as a de facto health bar, allowing the enemies colour on the map to change depending on the health, but even that was not quite what I wanted.

The other criticism I have is the aesthetics. Gameplay is king when it comes to games, but there is nothing wrong with a game being pretty.  The jump from PSP to PS4 is very apparent but more so in Resurrection than Rage Burst 2.  They do not look horrible and thanks to some excellent character and Aragami designs and some smoothing of edges it is not bad; it is just not great at times. 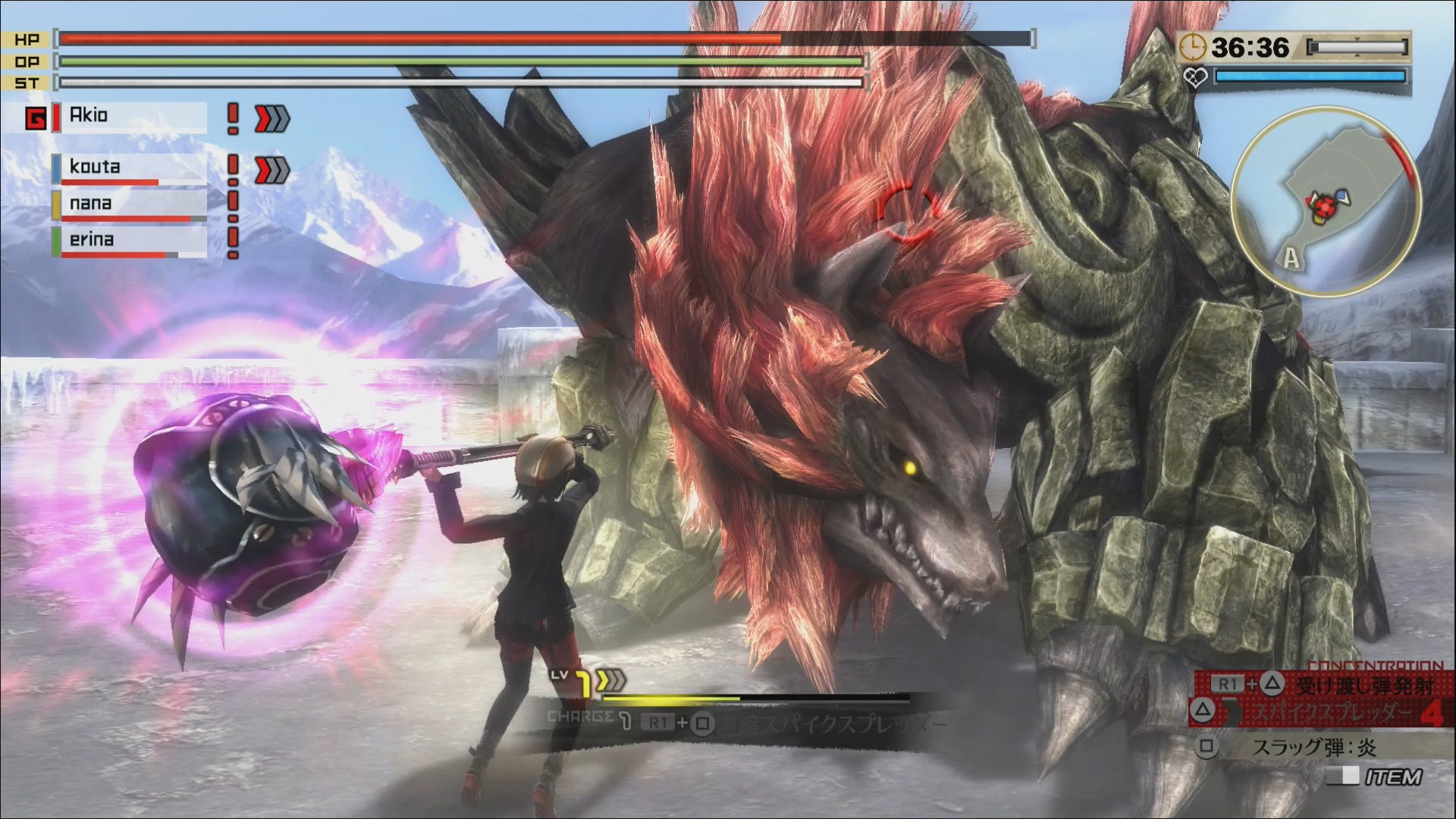 On top of this were two common features which at first I considered faults, before realising they are just part of the way you play.  The first is when you open your inventory in the arena it does not pause the game. This is annoying at first before you learn to not leave healing to the last minute and move to a location to ensure your safety.  The secondis the fact that you can target and destroy individual parts of the Aragami, but you cannot auto aim at them.  This initially seemed like an oversight but it just changes the way you play and means you must hit the parts you need by actually aiming.

On the whole God Eater Rage Burst 2 packaged with God Eater Resurrection for free is an exceptional value bundle.  Both games have a lot of content and are very fun to play. With deep equipment customisation there is so much variety to approach any given mission and replaying missions for specific material drops will suck up a lot of time.  The games are not without their flaws but the pros easily outweigh the cons.