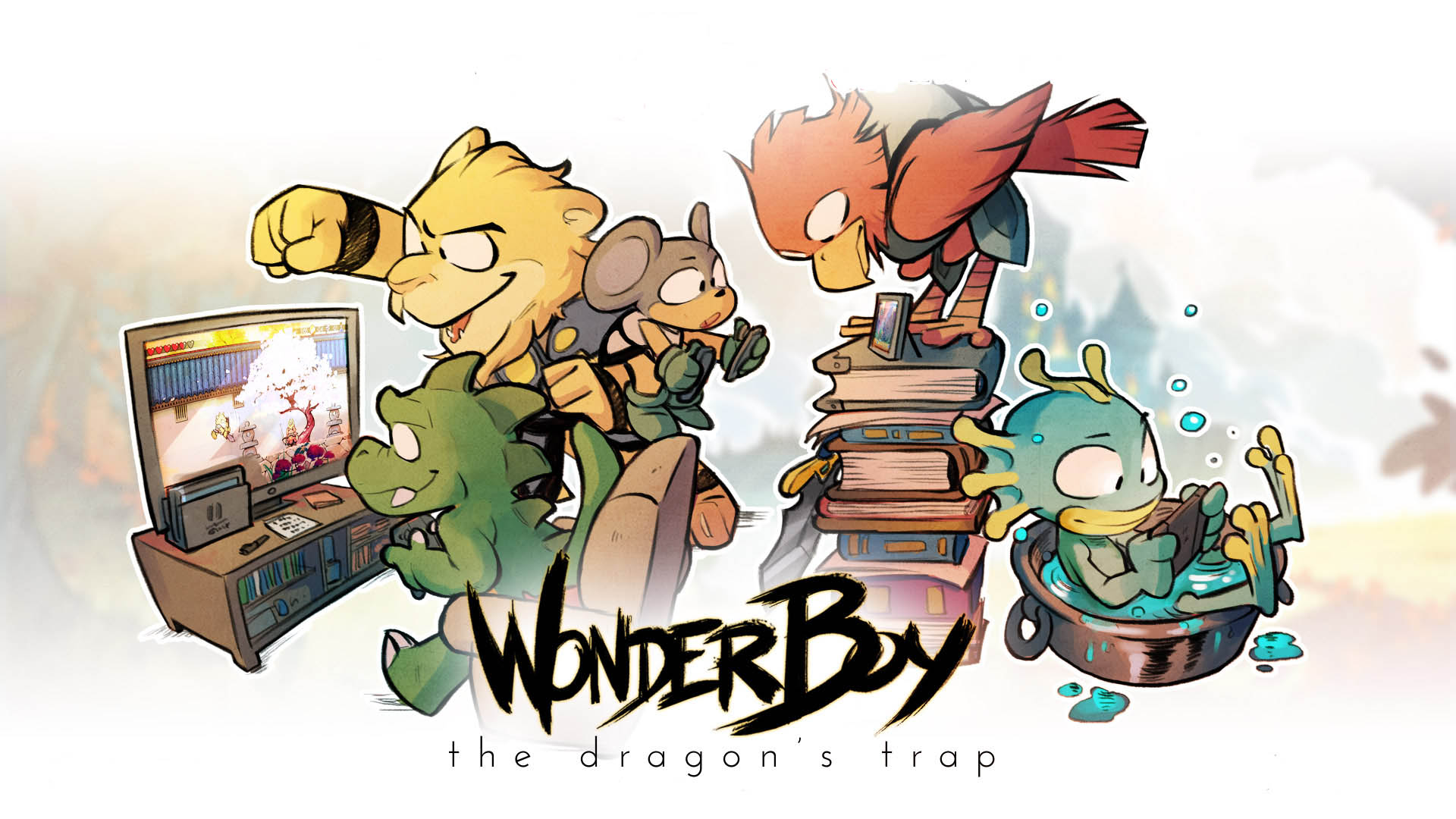 Remasters and remakes come in a variety of forms. Sometimes it is a process of ironing out the edges, sometimes it’s porting to keep the integrity of the original game, sometimes the games are rebuilt from the ground, and at times it’s somewhere in between. Lizardcube has done something truly wonderful with the recreation of Wonder Boy by preserving the original and making something new.

Wonder Boy III: The Dragons Trap is a recreation of the game Wonder Boy III: The Dragons Trap, from the Sega Master System II, which told the story of a young boy who was cursed by being turned into a small dragon.He embarks on a quest to return to his normal form, in the process battling dragons, resulting in being further cursed into other humanoid animal bodies. It sounds crazy and the plot is weak, yet despite this the game is great, so with a strong groundswell of love for the original, the remake had to tread carefully. 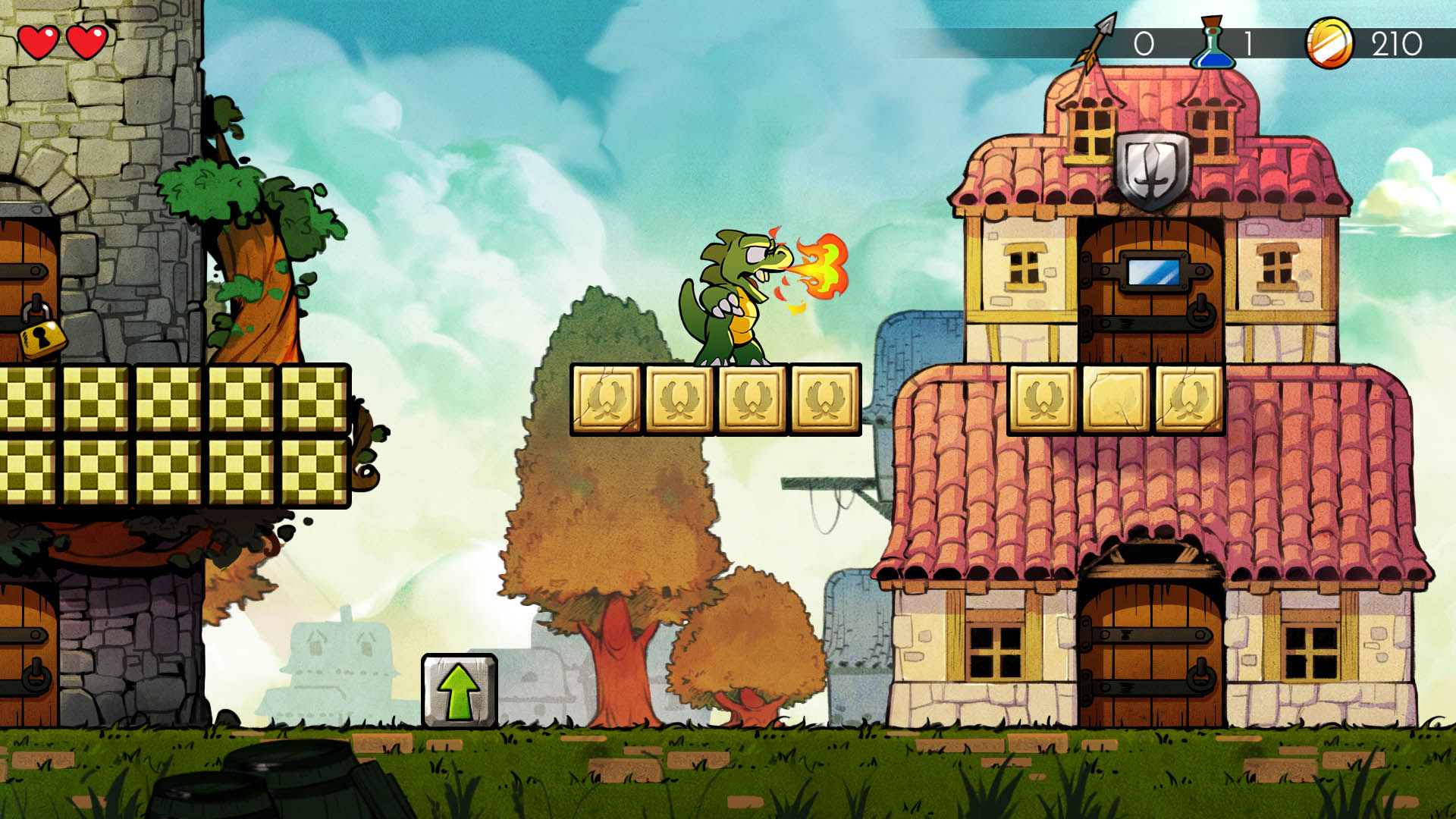 The remake is truly special as each visual and audio element is presented with two options.The original, or the remake.

The original looks as if it’s from that era, but the remake is a beautifully hand drawn and animated that looks to belong in 2017. At any time during the game you can either pause it, switching elements between new and old or do it on the fly while in the midst of RPG play, whether it’s the sound effects, music, or graphics. Switch each one individually on the fly and it changes in a second with no issues. 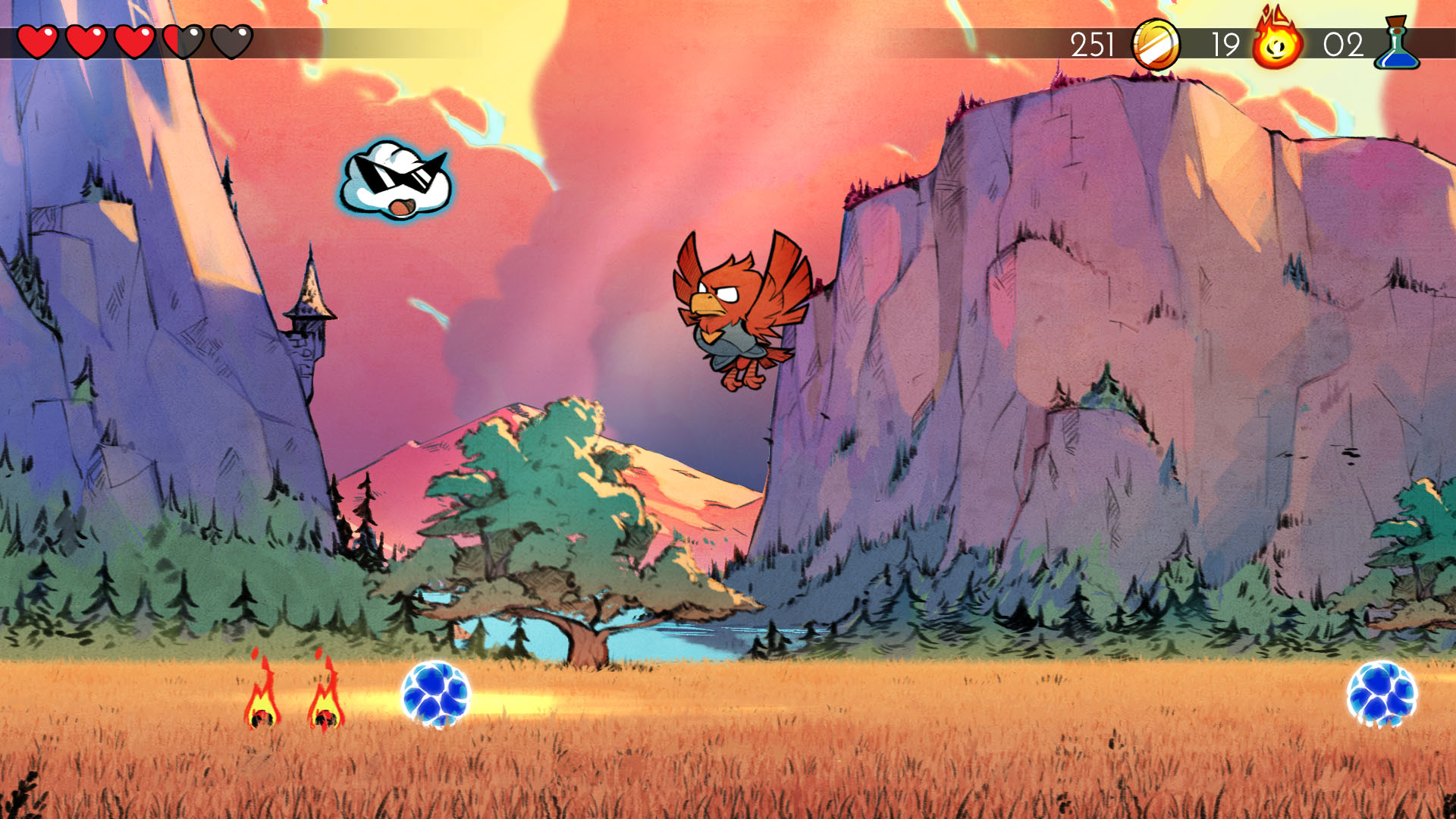 On top of this is the minor details, that shows the true love and affection poured into this remake. For example, the original only lets you play as a boy, but in this version, you can choose a girl, and during the opening screen it changes Wonder Boy to Wonder Girl. They have even created an old styled female sprite for the old version of the game, which helps keep the flow of the game. The attention paid to making the remake right shows, and is all the better for it.

The gameplay is simple.You can run, jump and attack.The game directs you to objects from a central town by allowing you to exit via means only available to your character, for example once you get turned into a mouse, you can walk up certain blocks, allowing you to enter the area that was always available, but couldn’t be scaled in dragon form, or turning into the lion allowing you to hit a block below you meaning you can drop down an area from the town to the next area. 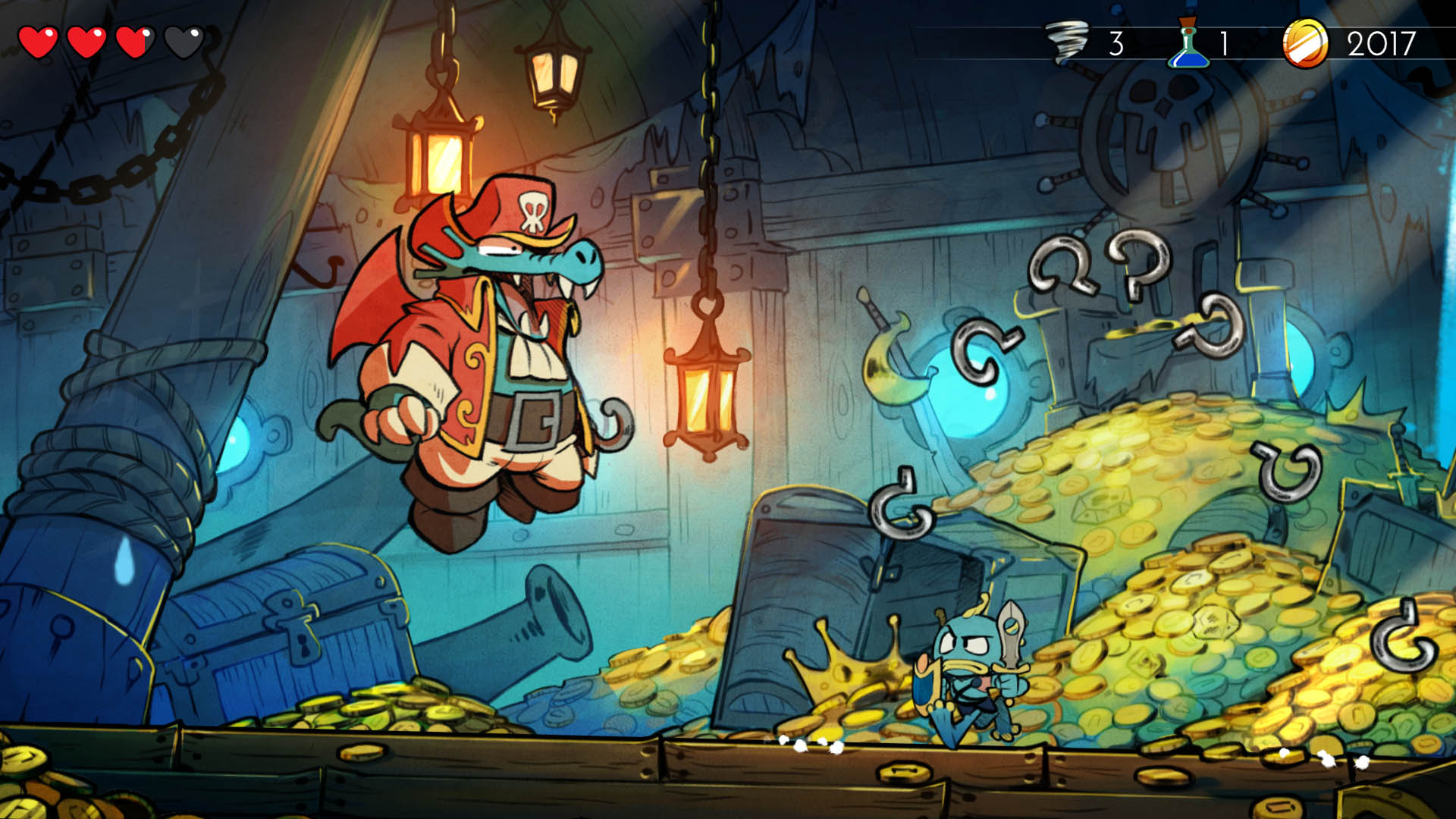 The simplicity of the gameplay has aged, along with the response times, and the inability to register certain prompts within a split second of an animation ending can be frustrating as you adjust to the games timing.  It’s an issue that while initially annoying is very easy to look past after not much play time.

Wonder Boy: The Dragons Trap has set a benchmark for remakes of original games.  The game can be played in stunning hand drawn graphics with great music, or looking and sounding as it did in 1988, or any combination of the two.  Its only flaw is with the gameplay being true to the original and a little dated, but that doesn’t stop the game being something truly wonderful. 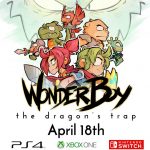 Gameplay
Graphics
Audio
Replayability
User Rating1 Vote
The Good
Perfectly remastered hand drawn retro title with reminiscent gameplay
The Not So Good
For some, gameplay mechanics will be aged, easy to become disengaged within play
4
Final Verdict
Scroll Up