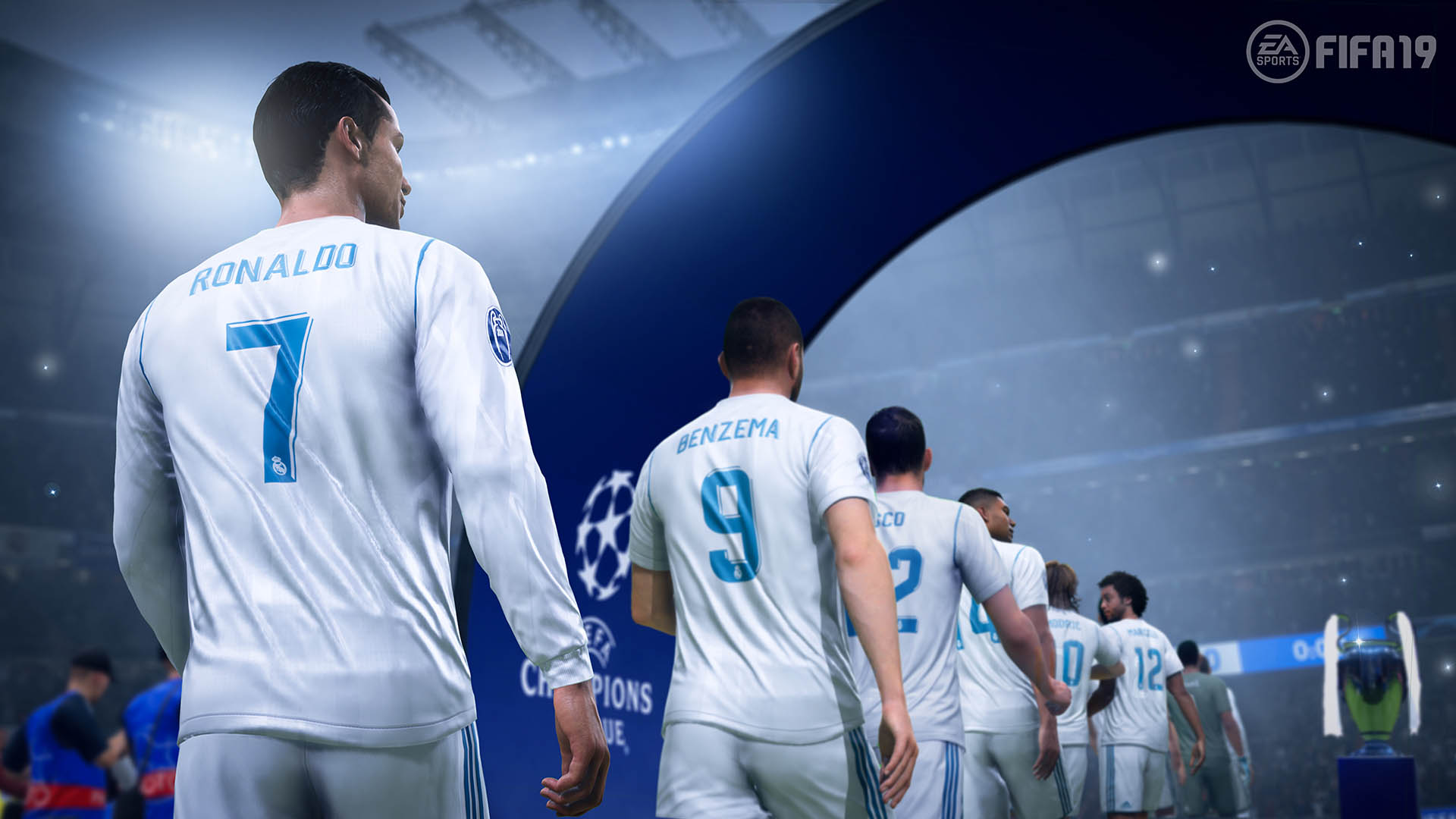 Up until recently, FIFA fans were treated only to the usual, annual, roster updates and gameplay tweaks that, for a reviewer, sounded a more like marketing hyperbole than genuine reasons to buy the latest iteration. Over the years, though, EA Sports have been refining ball control, player emotion and supporter interaction. The franchise has got to the point that the game is pretty damn close to watching football on live on TV.

For FIFA 19 we get the biggest addition to the game in years, with the inclusion of the European Champion’s League. Once the crowning glory of Konami’s rival Pro Evolution Soccer game franchise, FIFA 19 pulls out the stops in giving the new championship a massive introduction. As fans start FIFA 19 they are treated to an opening cinematic showcasing the European Champion’s League, before diving straight into a match playing as the legendary Italian club and home of Cristiano Ronaldo, Juventus, against Paris Saint-Germain. 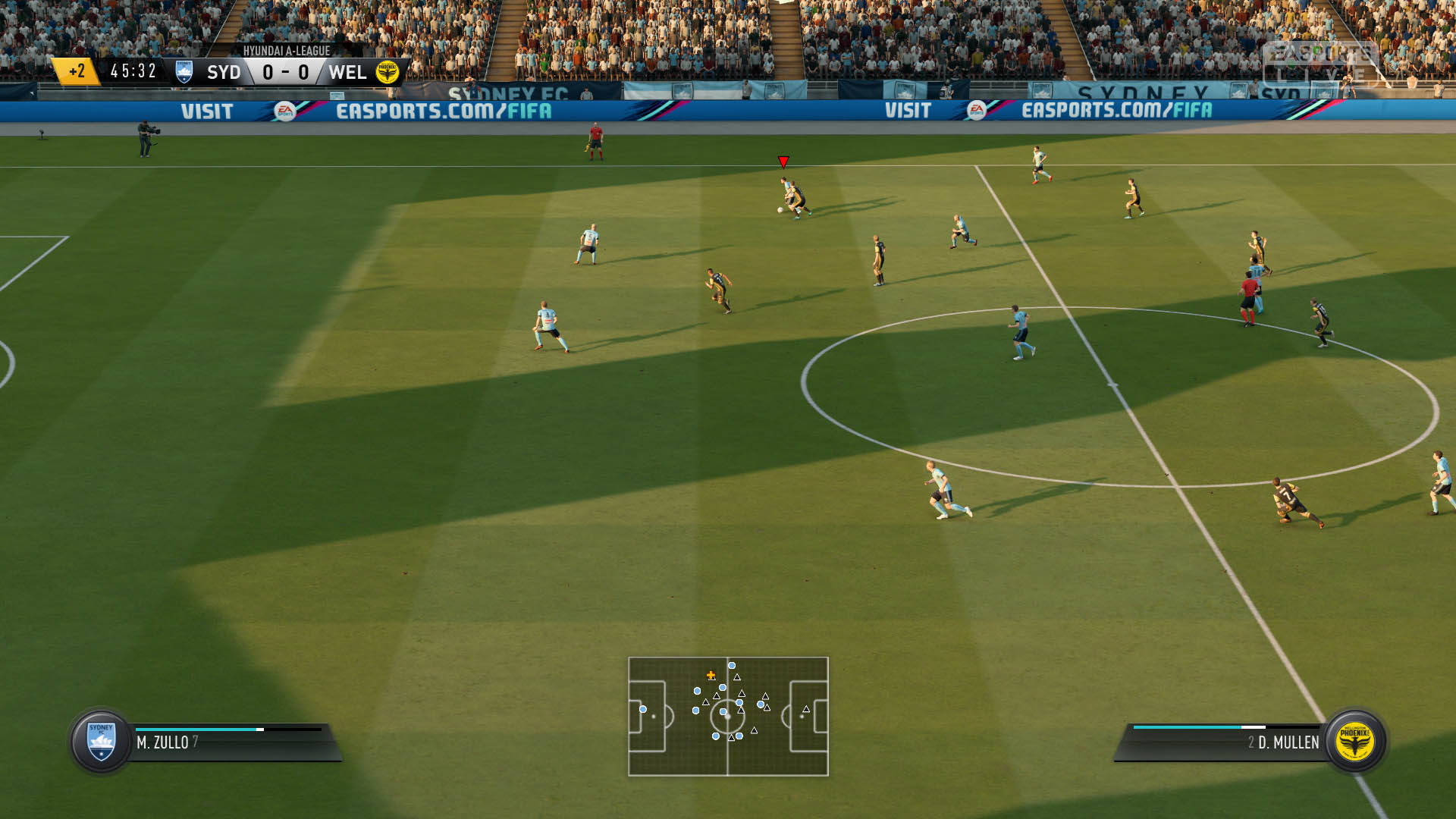 For The Champion’s League, Derek Rae and former Arsenal and England International, Lee Dixon, provide the commentary. Martin Tyler and Alan Smith return for commentary duties for on all the other matches, as before. The commentary is as good as ever, there’s still a bit of repetition, but the new Champions League commentary is very welcome. FIFA still lags behind NFL in the commentary stakes, if you ask me.

On PS4, Xbox One and PC, FIFA 19 concludes the story with the final chapter of The Journey. For this closing instalment fans get to switch between Alex Hunter, his sister Kim Hunter and his friend Danny Williams. The Journey adds a bit of meat to the game for fans that like a bit of drama with their football.

With the European Champion’s League now part of the FIFA franchise, FIFA 19 offers the most comprehensive range of licenced club championships from around the world, as well as the opportunity to play Women’s International and custom Men’s International competitions. 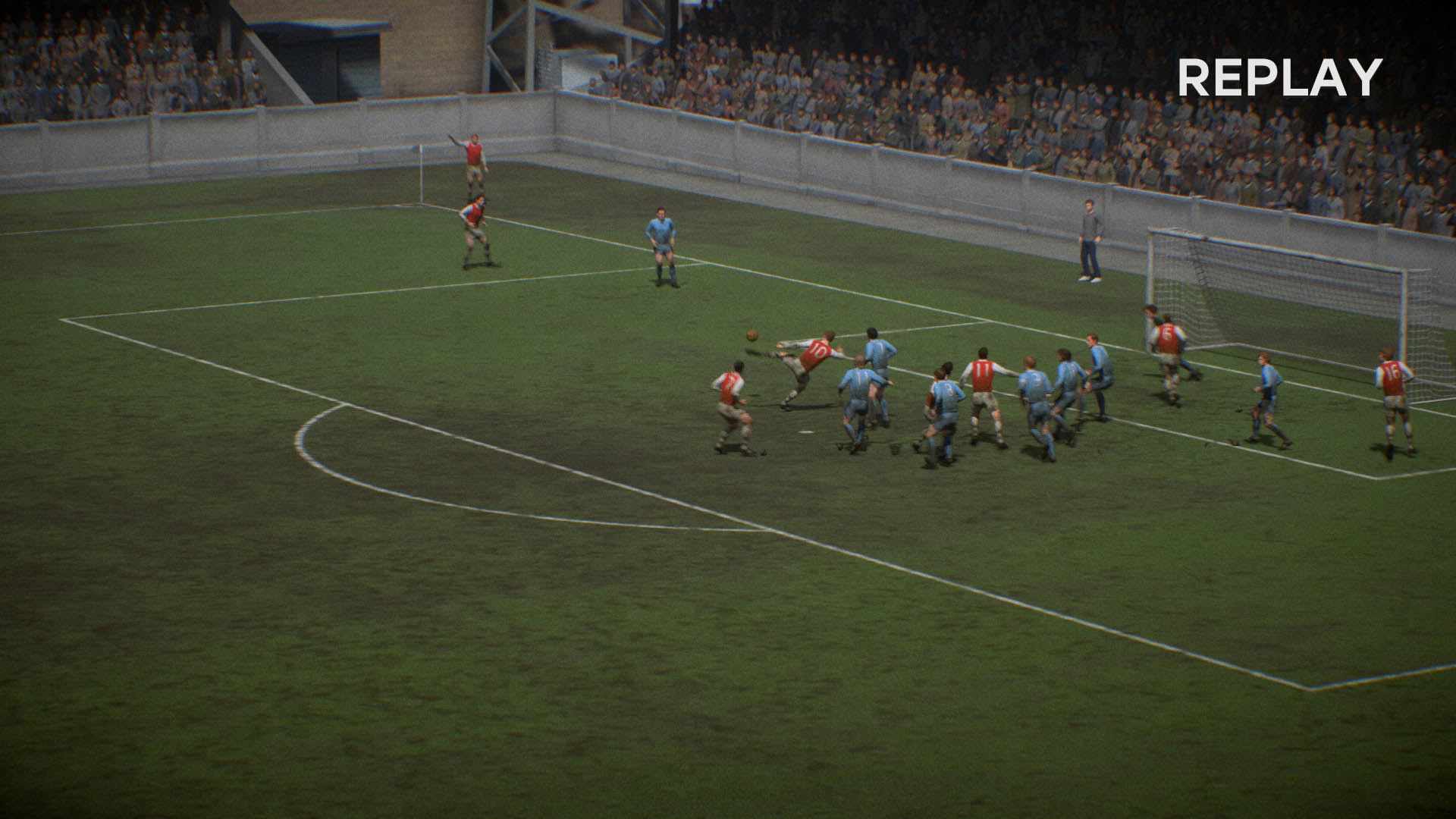 Career mode returns again. Fans can choose to reach the top as a manager or as a player. But, it wouldn’t be FIFA without the FIFA Ultimate Team. The fantasy football / collectable card game is back. This year content from both the UEFA Europa Cup and Champions League has been added to FUT.

The on-pitch action seems to have been tweaked, yet again, this year. Things seemed to slow down to a more realistic pace last year, but with super-human wingers that would leave me a nice gap in the middle. This year my opponents really made me work for a goal.

The match visuals and animations remain top class. The player models, themselves, still reside in uncanny valley. Arsenal’s Mesut Özil, really needs to get EA to sort out his boss-eyed visage. The players in FIFA are particularly awful compared to the great work that EA does with NFL players in Madden. If they can model blades of grass getting crunched under a meticulously modelled designer football boot as it strikes a similarly detailed football, with raised stitching, the developers can sort out the faces of their football stars. 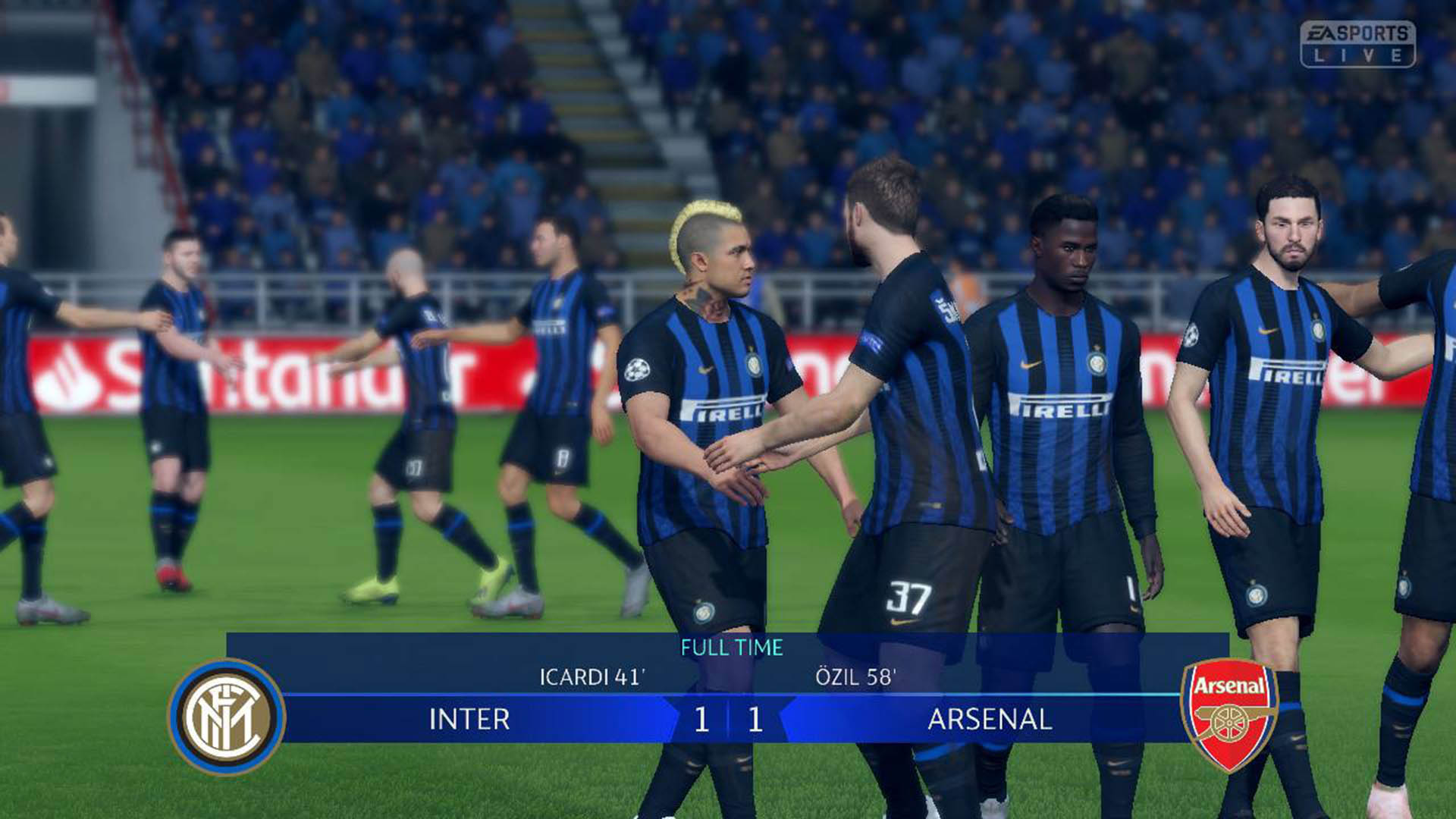 PC gamers that have signed up for EA’s Origin Premium service will find a copy of FIFA 19 sitting in their account free-of-charge, waiting to be downloaded. The game is identical to its console brethren but offering better visuals for suitably endowed gaming rigs. Playing across three monitors is great. The experience is marred by the controlled player identifier being slightly offset in full screen mode, but fixed by selecting borderless windowed.

Although greatly improved from last year’s entry, the Switch version of FIFA 19, is a compromised affair. Playing on a TV, the visuals are a world away from those of the PS4 and Xbox One. 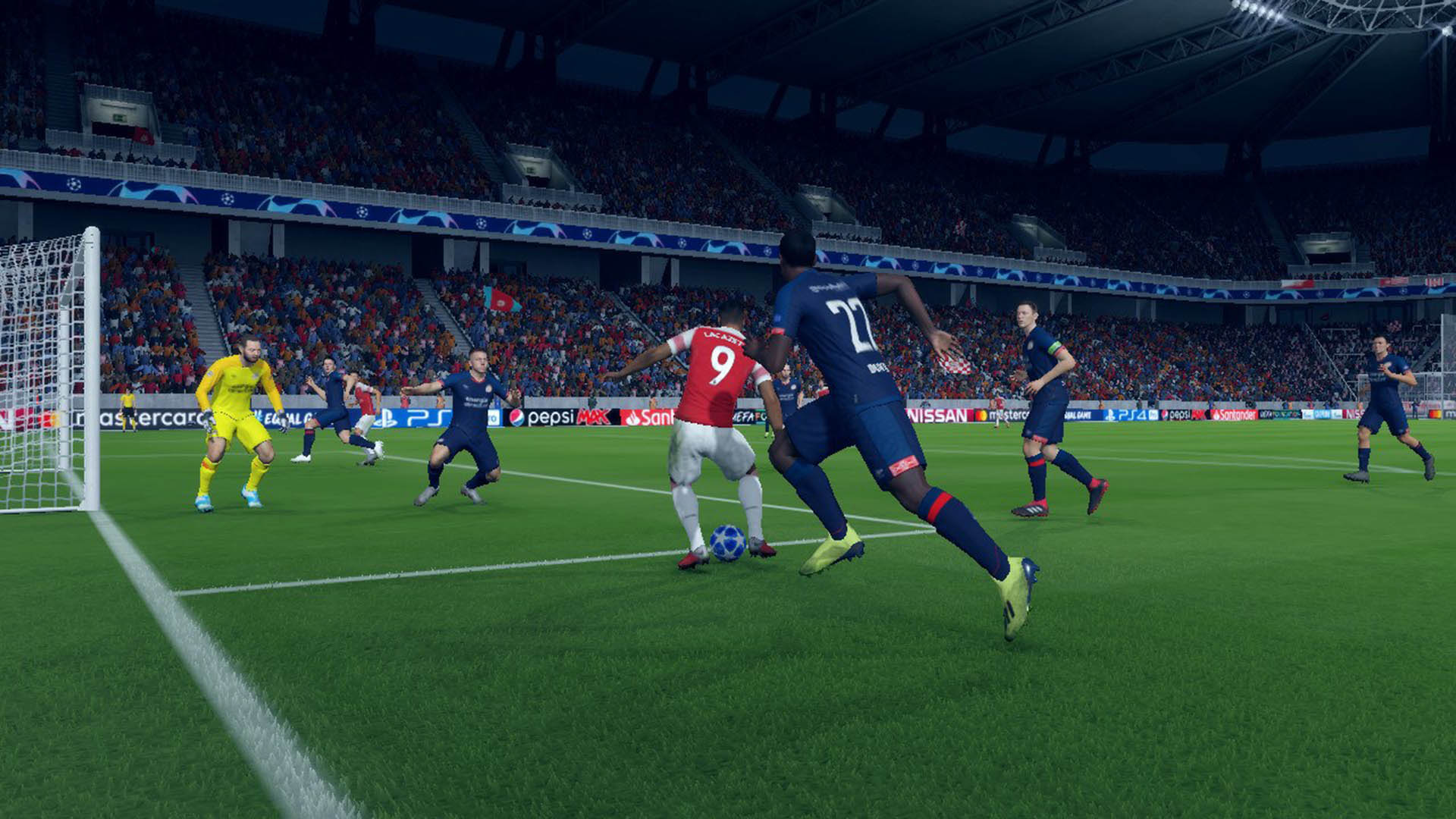 As a portable version of FIFA 19, which includes all the other content form the PC / PS4 / Xbox One versions, sans The Journey campaign, the Switch version is superb. You are taking a fully-functional, bona fide FIFA 19 experience with you, on the go. The smaller screen means that more precision is required in aiming your passes and shots. Some extra time of the trainer and you’ll be up to scratch, and likely a better player on the TV as well.

FIFA 19 offers fans more football action than ever before. With the introduction of the European Champions League, the franchise has never been so complete.