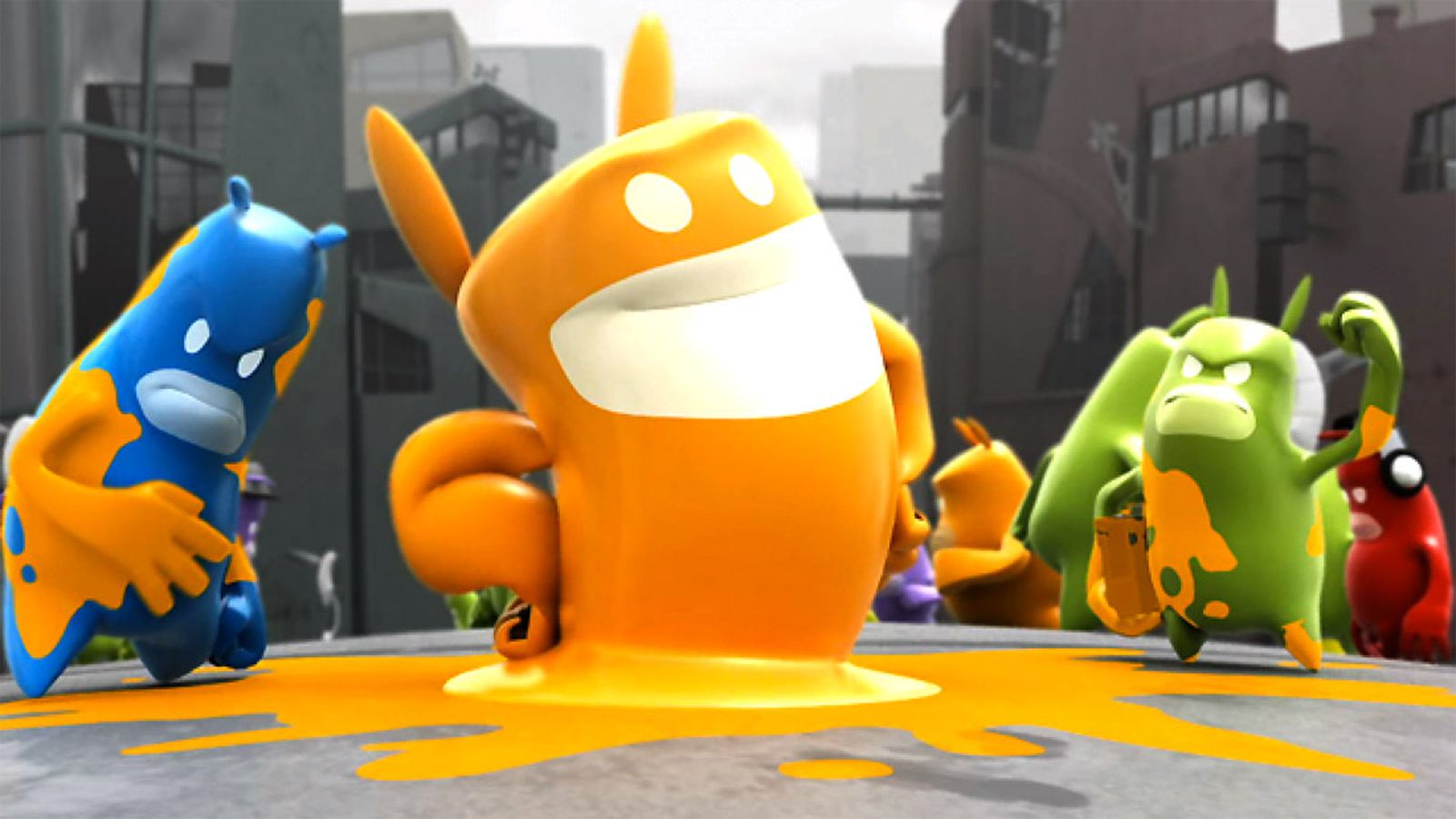 Nine years ago, De Blob graced the Wii with its unique and quirky platforming to positive praise. Now nine years later, for the small number of people who didn’t own a Wii, it can now be enjoyed with its port to PlayStation 4 and Xbox One. Now, only two questions remain, is it worth checking out and how does it stack up in 2017?

De Blob puts you in the place of a blob, who can absorb and spread colour. The Blob’s goal is to spread colour back to the city of Chroma which has been left black and white under the brutal reign of INKT. INKT is a military force which spreads Ink and want to ensure that colour is drained as far and wide as possible.

For the most part, it’s a fun game. You move around, platforming on and around buildings beating enemies. Colour bots are scattered throughout the level, and slamming one gives you paint points. Paint points are used as you touch buildings and objects which become coloured, helping bring the world back to life. 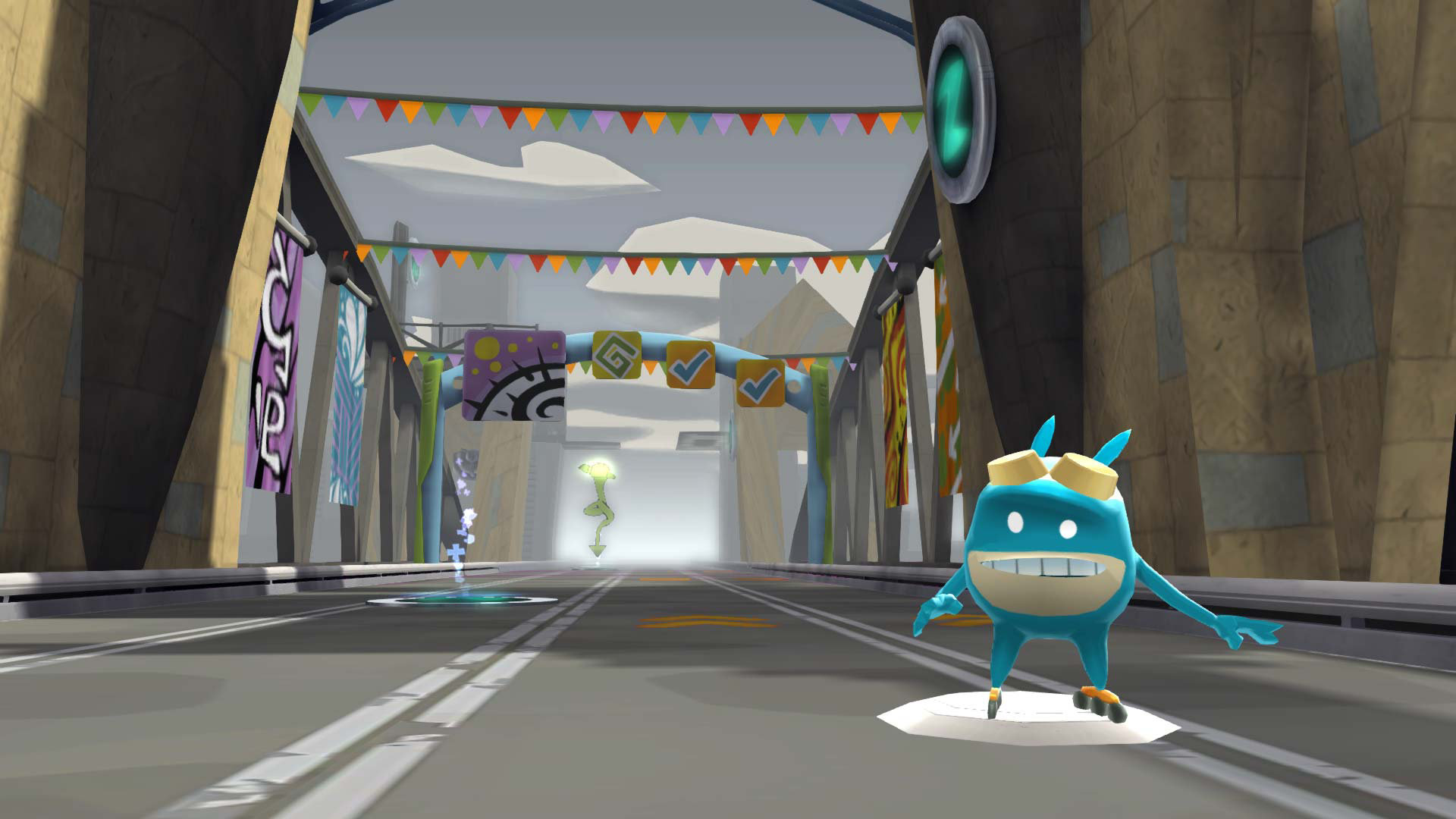 The colour bots are made of different colours and a significant portion of the game involves mixing those colours to vary the way you paint the world, but also becomes important for challenges. Throughout every Level there are challenges that you accept which will task you with colouring all the building in an area, or colour certain buildings certain colours, dump paint points into a certain building, or defeat certain enemies.

Each level has a time limit on it, which you can expand throughout the stage. I initially found this strange, because I never came close to running out of time, but after a while I realised it inspired me to keep moving forward rather than wasting too much time faffing around. So, while it doesn’t add much to the game, it does throw in some agency to keep you moving, and would make getting 100% colouring completed much tougher. 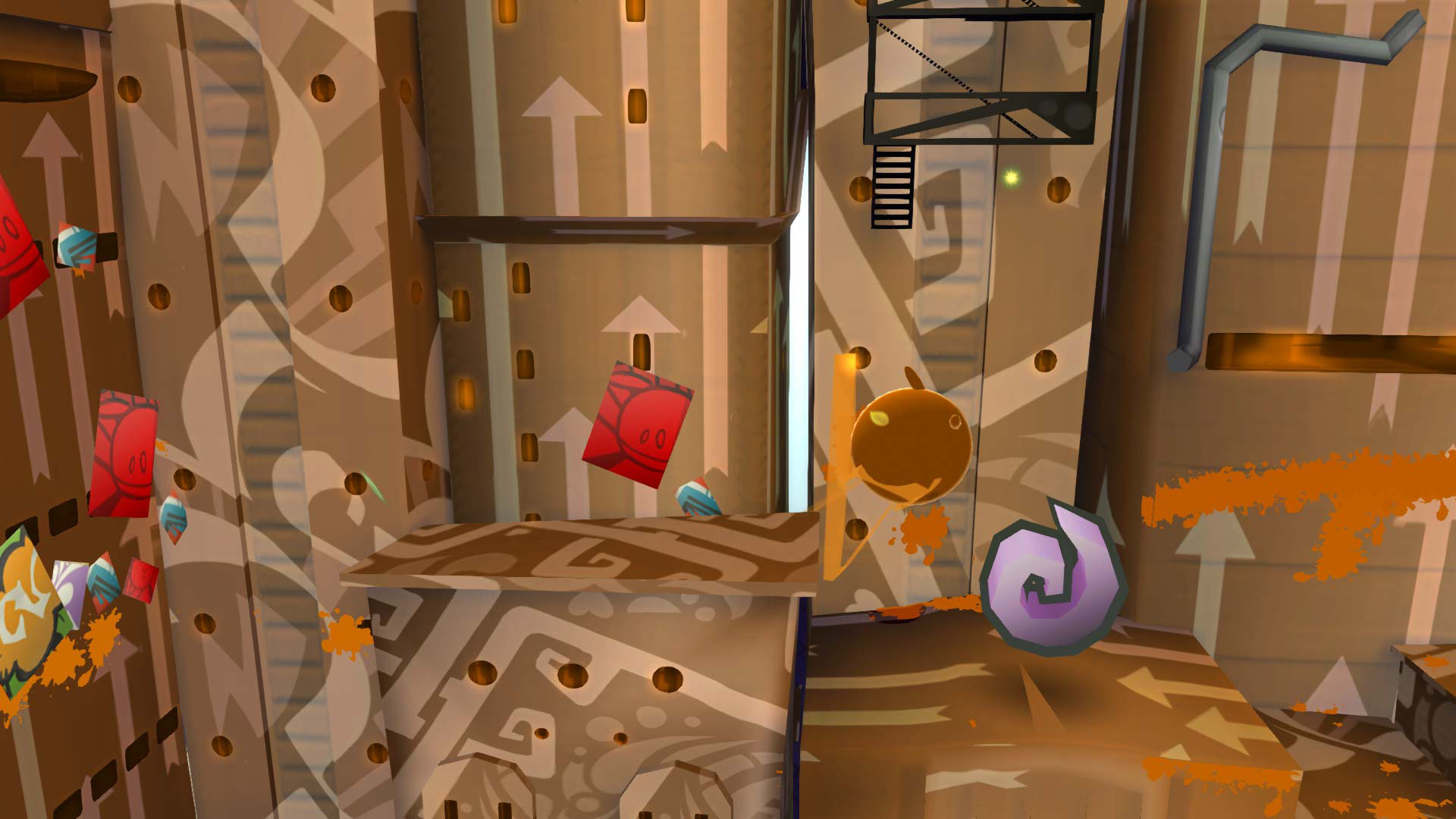 Completing challenges, and colouring the world and the people in it nets you points and more time. Once you beat a certain number of points, the next stage of the level opens, and once you have beaten the last required core for a Level, bronze, silver and gold scores become available to shoot for. This adds a lot of replay value to the game, if you aren’t bored by the end of it.

Here we come to De Blob’s biggest fault, it is super repetitive. The platforming can be fun, and it’s a nice relaxed game to play, but well before the end, it feels like you’re doing the same few things, in slightly different areas. The game does mix it up a little with challenging platforming areas where it can be easy to die, or fall into a trap, but it doesn’t mix the jump and slam mechanics much further.

Even the enemies, which vary a little don’t do too much. There are the standard enemies, who you slam, the tougher enemies, you slam with enough paint points, or the even tougher, which require you to slam with a different colour. There are some turrets which throw in tar shooting, and some other variety in enemies, but it continues to follow the loop of, don’t get hit, slam the enemy. 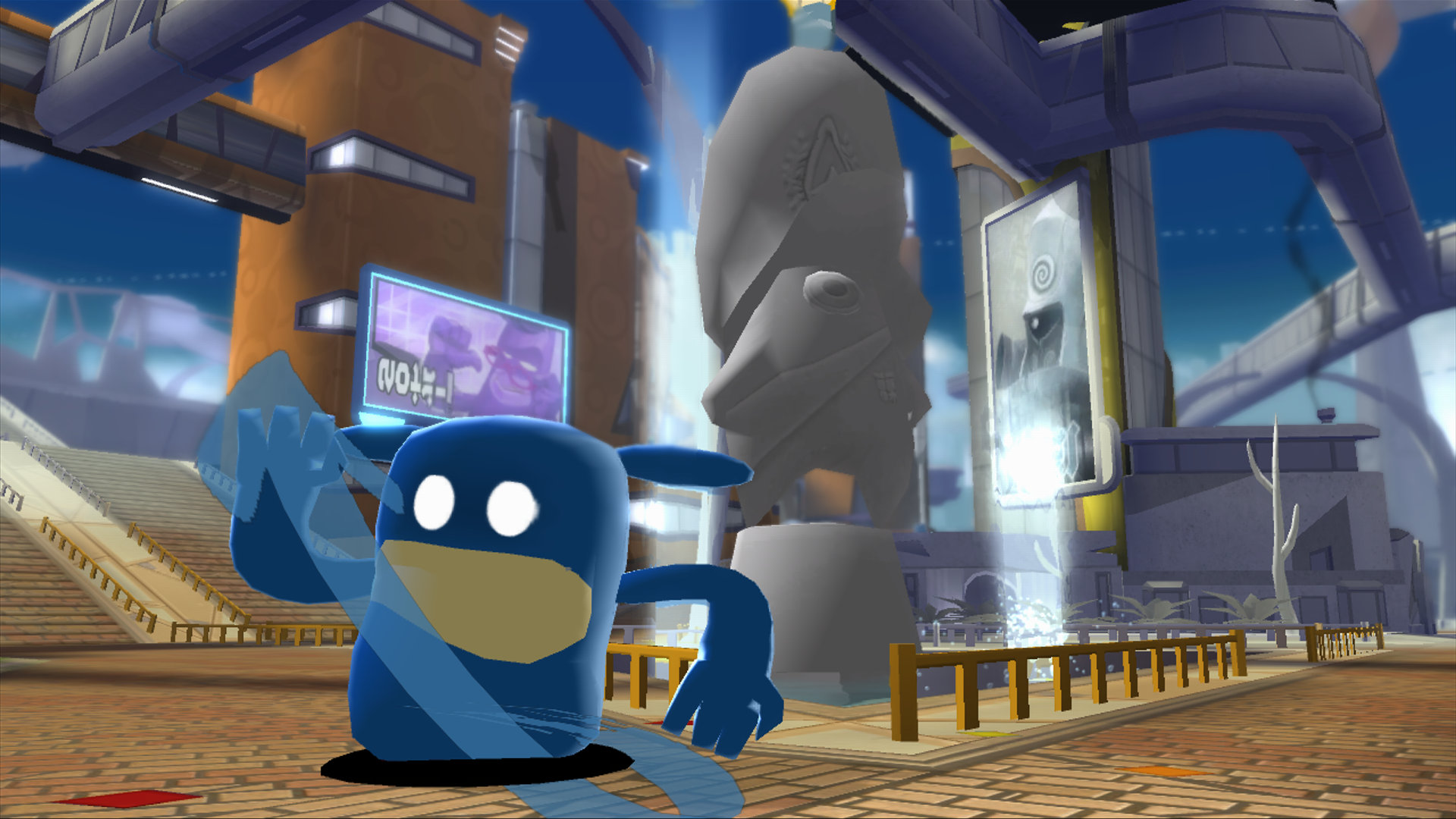 The game also has one other flaw which is the camera angles. Generally, it’s not an issue but once the camera hits a building it can suddenly shift unexpectedly. This can have an impact when you are trying to land a certain jump or movement, resulting in a fall because your perspective was off. While this isn’t enough to be a total turn off, it happened regularly enough to cause some unnecessary frustration.

De Blob is a good game, that would be perfect for kids or someone wanting something relaxing to play. It doesn’t take itself seriously, and is based around its core mechanics, which do get repetitive, but spaced out over more time may not be such a strong flaw. 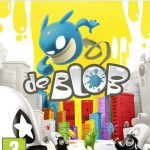