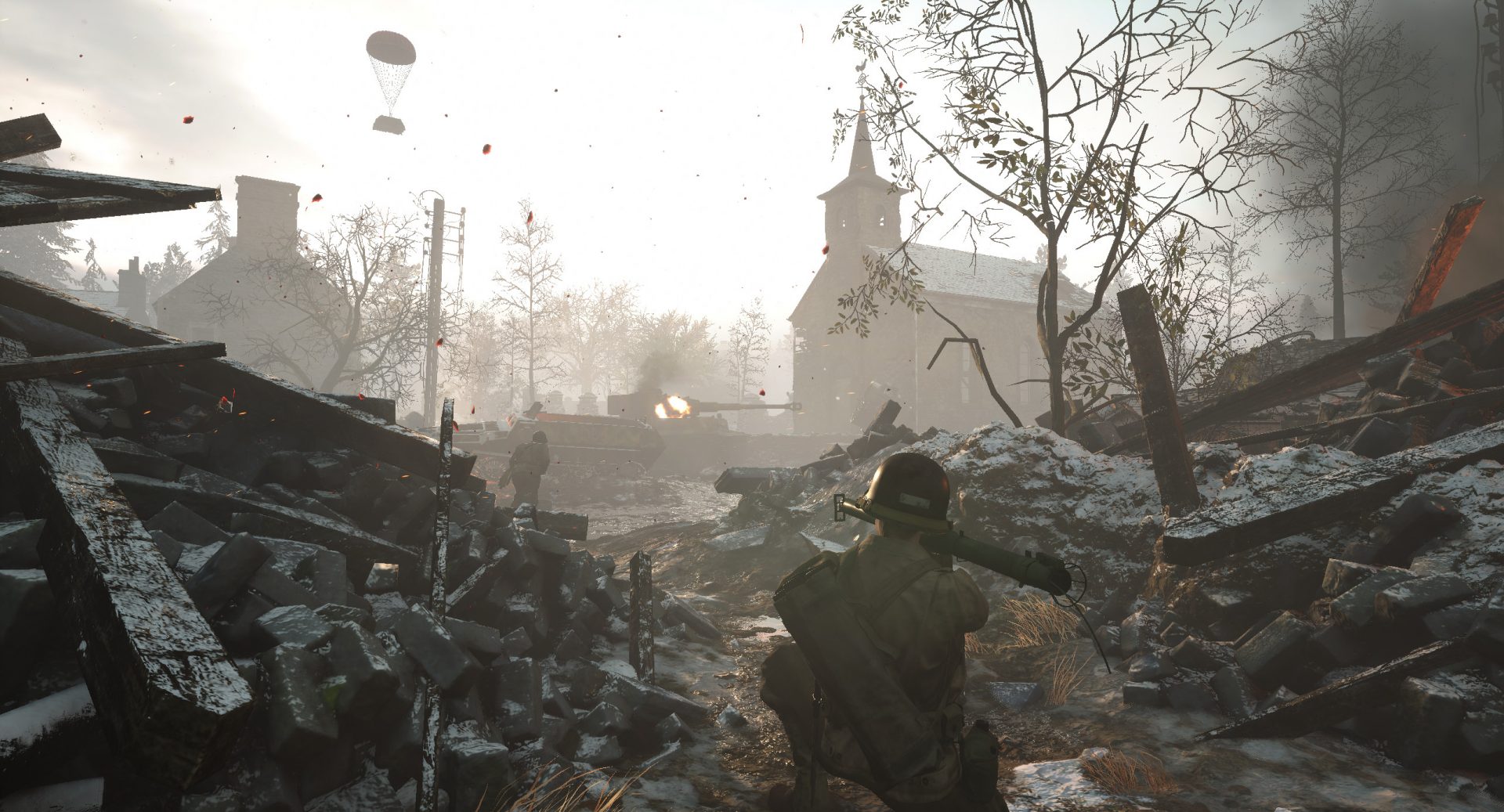 Hell Let Loose delivers an authentic reenactment of the large-scale chaos of war, where individuals are cogs working together to turn the tide of battle.

As the fight unfolds, the two sides work to secure crucial supply chains for resources, capture sectors across the map that influences the outcome of the fight, sweep across battlefields in armoured tanks, or disable defenses with artillery bombardment.

Strategic gameplay and communication is critical to winning a battle; both sides are split into 10 squads of five players, each squad led by an officer who reports to a single commander who ultimately develops the path to victory – or takes responsibility for bloody defeat.