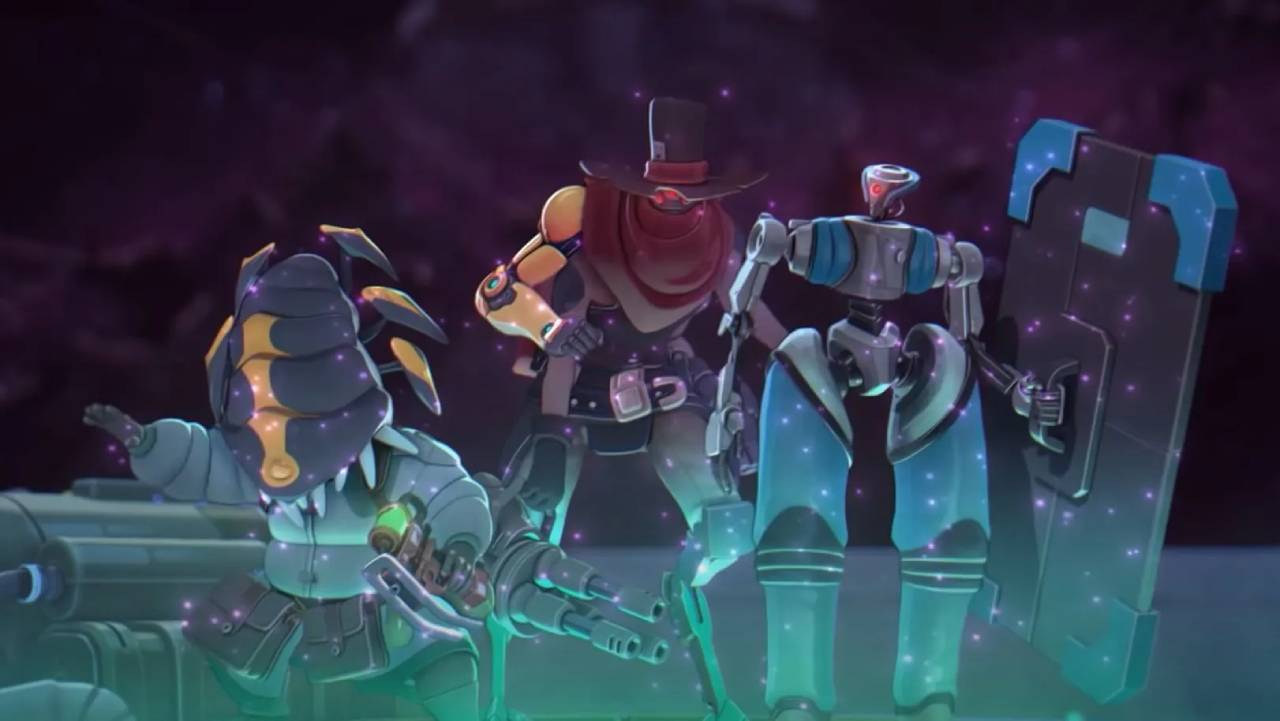 Humanoids, aliens, cyborgs, and the rest: it is with great pleasure and only slight trepidation that we announce ENDLESS Dungeon is now available for pre-purchase on Microsoft Xbox Series X, PlayStation 4 and PlayStation 5.

ENDLESS Dungeon is our upcoming rogue-lite tactical action game. It’s a top-down twin-stick shooter with a twist of tower defense. Assemble your band of heroes and make your way towards the core. And don’t forget to protect your crystal – you’ll need it to survive!

It might seem tough, but there’s satisfaction to be gained in going just a little bit further each time, unlocking new weapons, heroes, and finding out the secret behind the black magic that keeps bringing you back every time you die…

Pre-order now to secure the Day One edition, while stocks last. This edition will come bundled with a physical version of the artbook, the Crystal Search card game along with digital items like the soundtrack and skin packs.

ENDLESS Dungeon will release on 18th of May 2023 on Xbox and PlayStation. Pre-orders and release for Nintendo Switch will follow later.