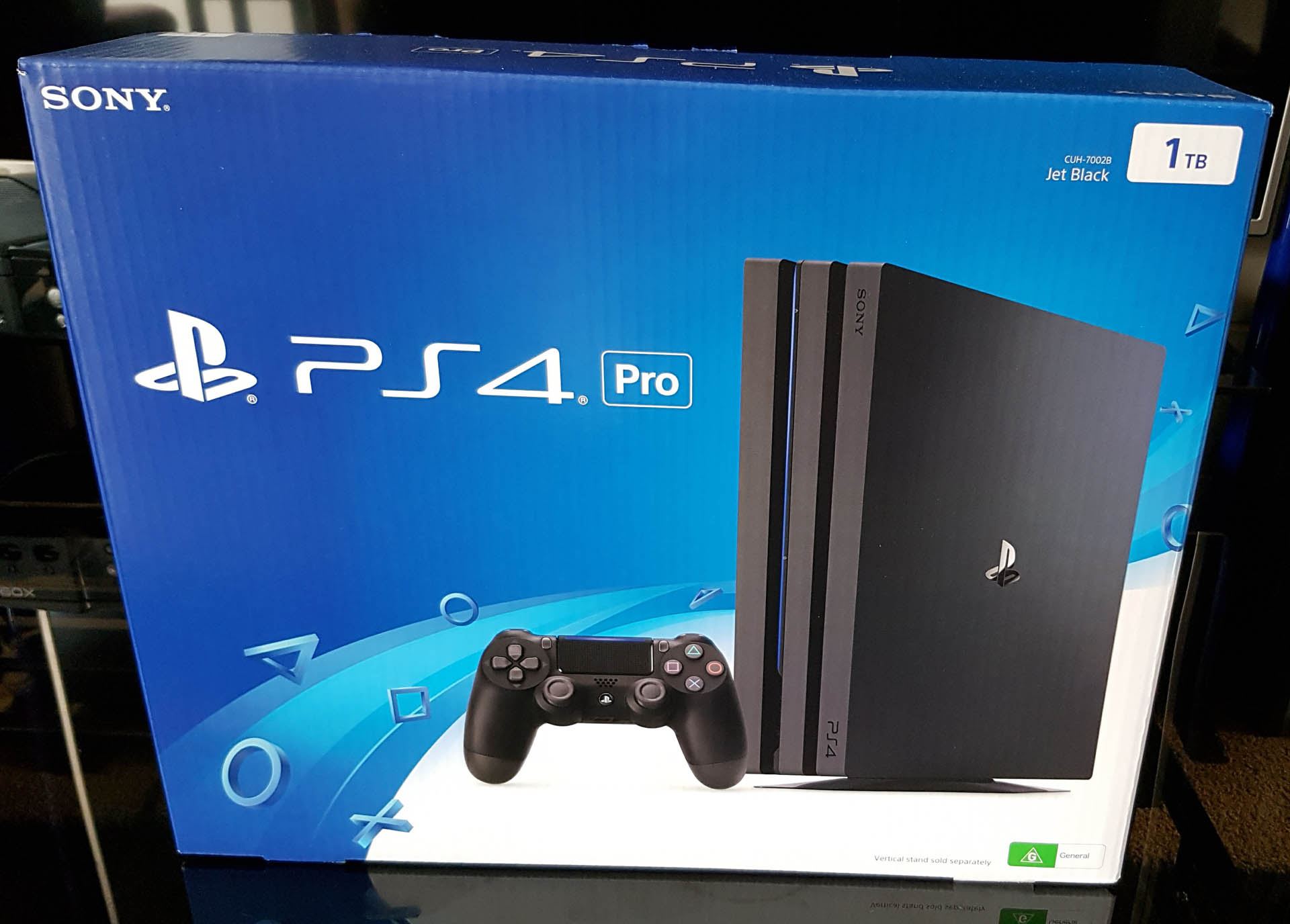 The PlayStation 4 Pro is here and now, kitted out with enough specs for true 4K resolution gaming and 1TB storage for your gaming goodness.

While some have debated whether the upgraded PS4 is what the PlayStation 4 should have been on release, I can see why the Pro was not the launch console.

As most of us are now adopting the 4K evolution, back in 2013 when the original PS4 released not many of us owned a 4K capable screen and if we did we sure paid a premium for it.

Now however anyone and everyone can play PS4 as it is meant to be. 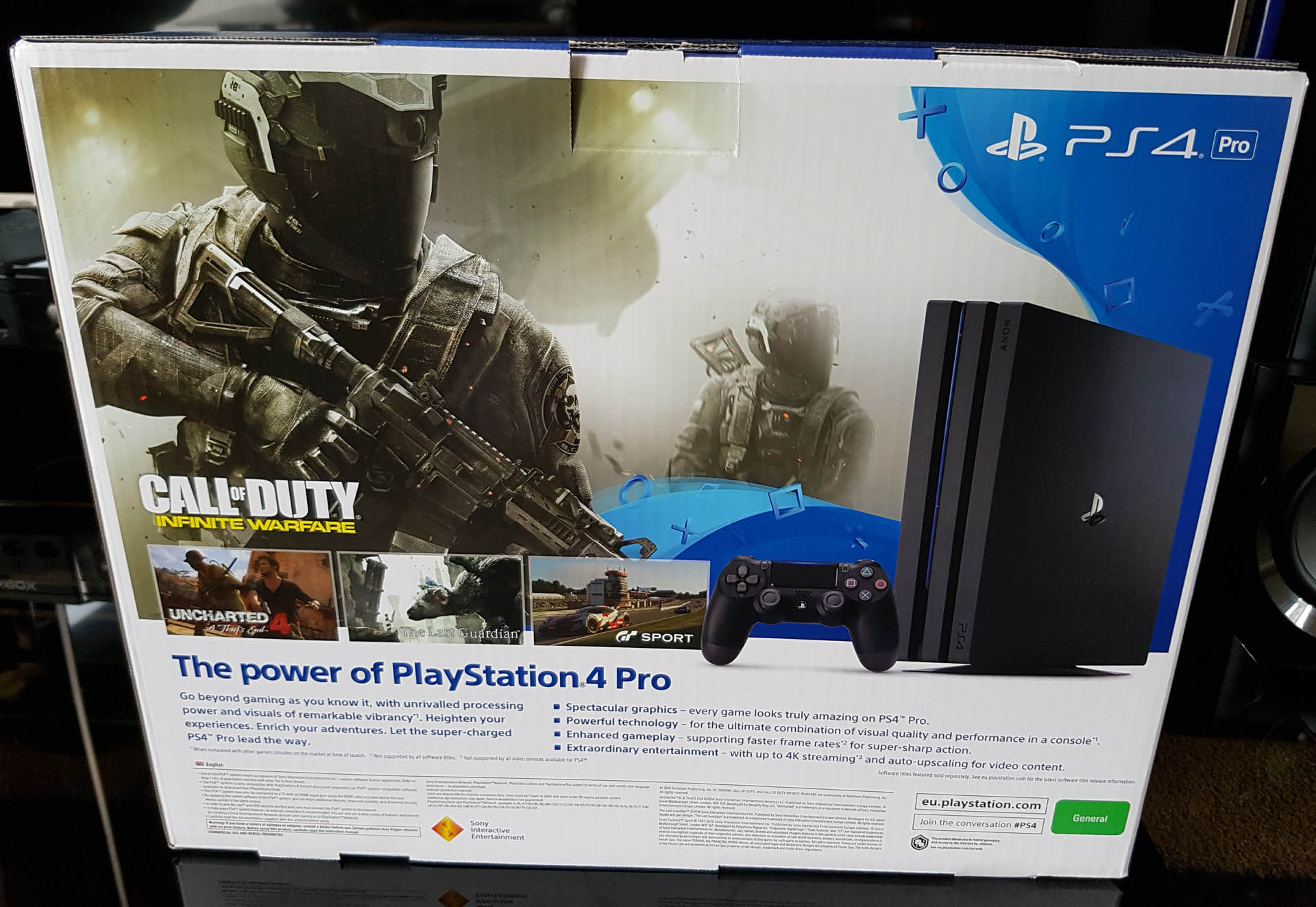 Simply boxed the PlayStation 4 Pro (PS4 Pro) promotes Call of Duty: Infinite Warfare as being 4K along with the upcoming PlayStation exclusives; Gran Turismo Sport and The Last Guradian. 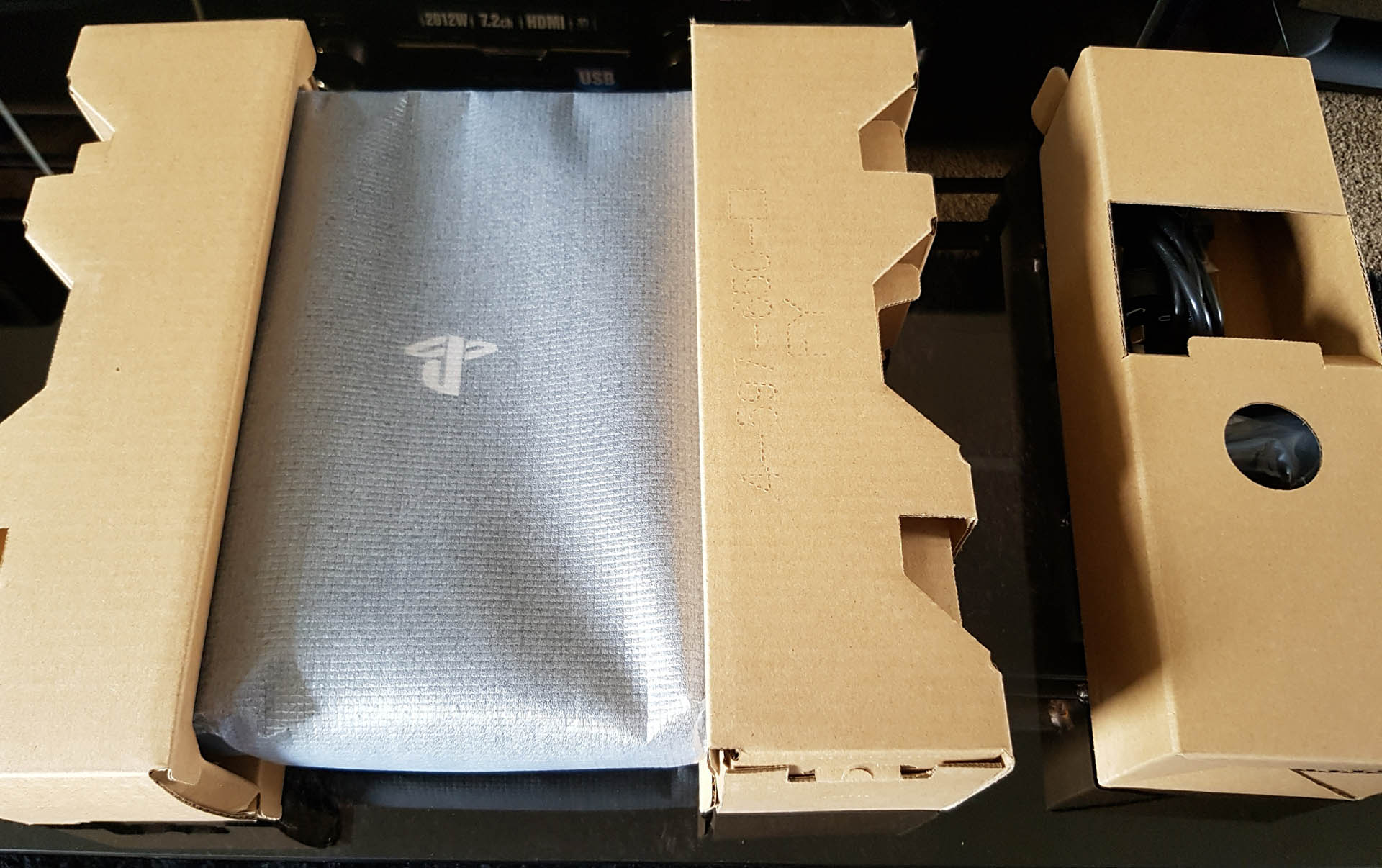 In the box you get the necessary cabling – Power (and it is a differing power cable to the original PlayStation 4), HDMI and PS Chat ear buds which plug directly in to the included PS4 controller. 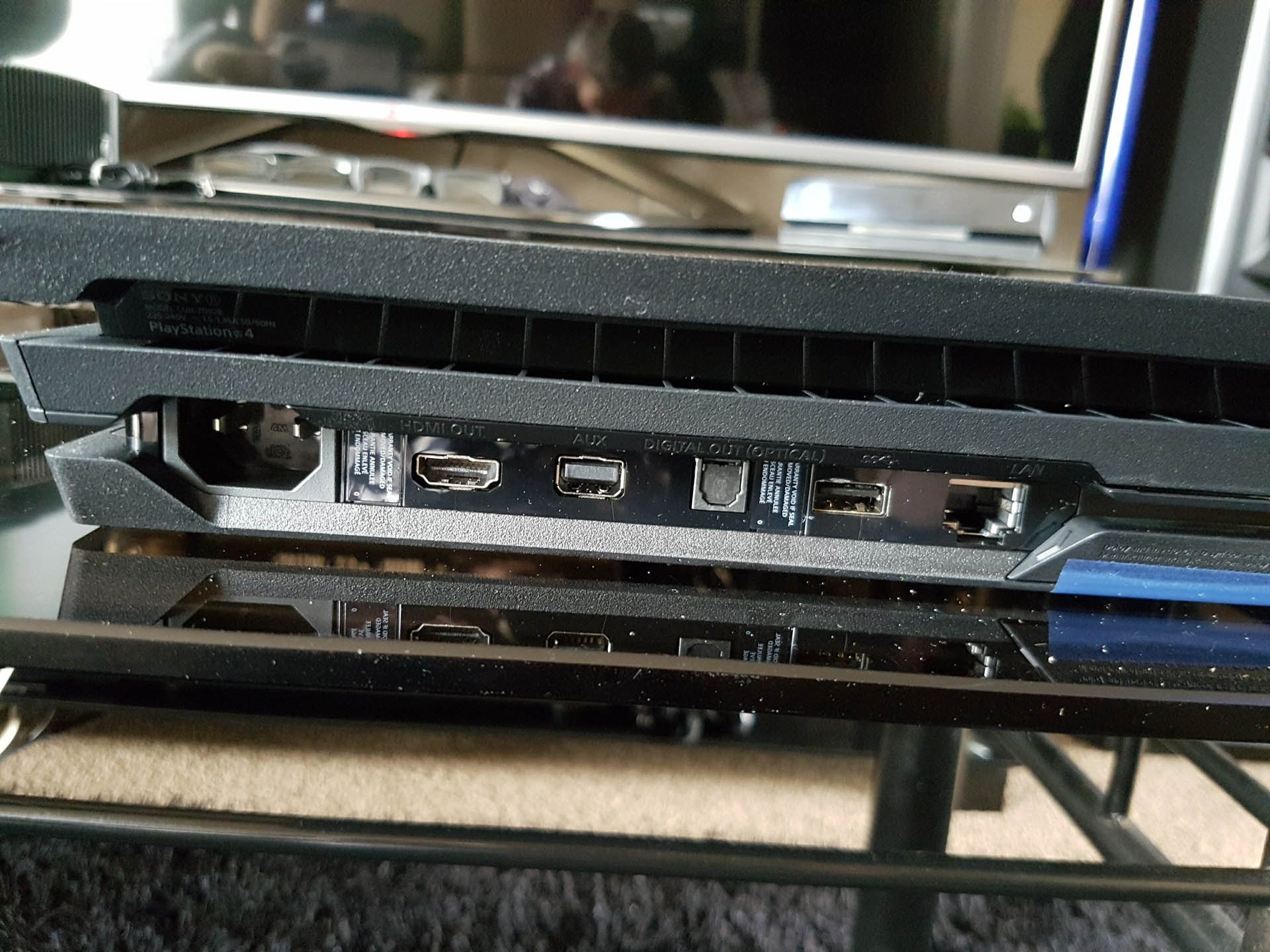 On the rear of the PS4 Pro you’ll find the sockets are reminiscent of the original console and not much has changed there. The PS4 Pro has thankfully kept the PS Camera socket, no adaptor needed to continue to use your peripherals (looking at you Xbox One S). The front dual USB ports have shifted slightly to the far right of the front of the console aswell. 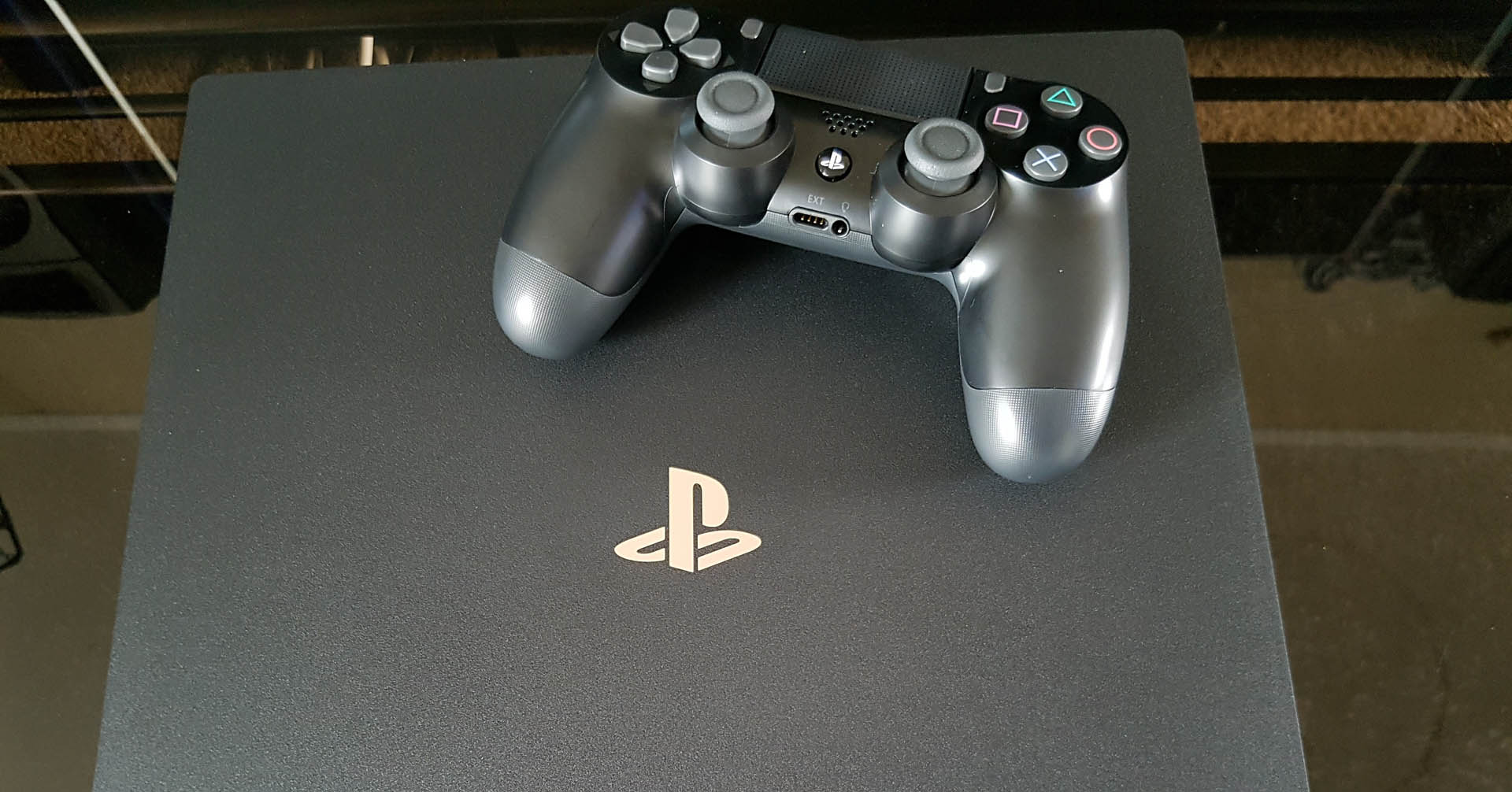 The controller is also the same as we are familiar with – but with a slight aesthetic difference. 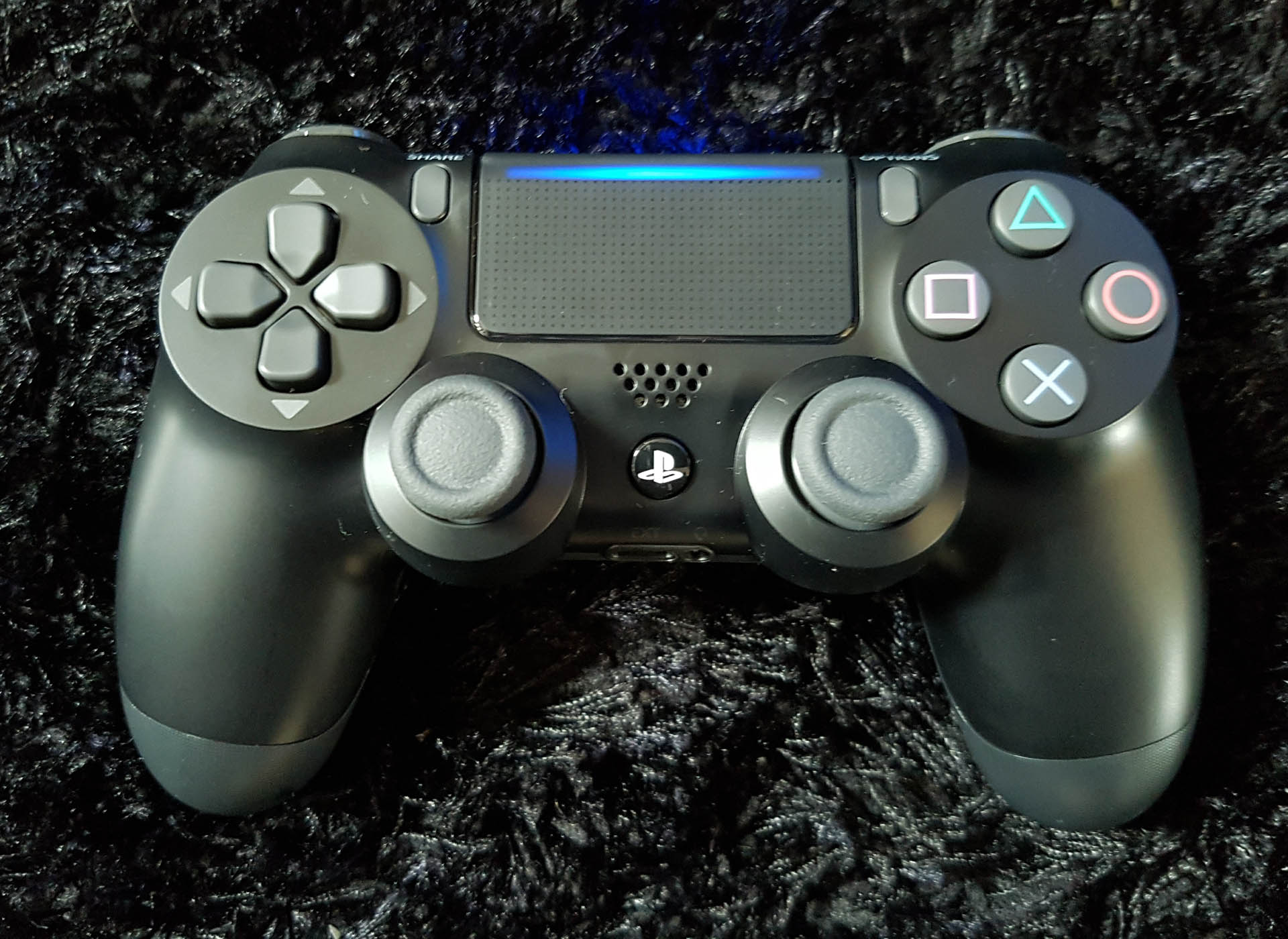 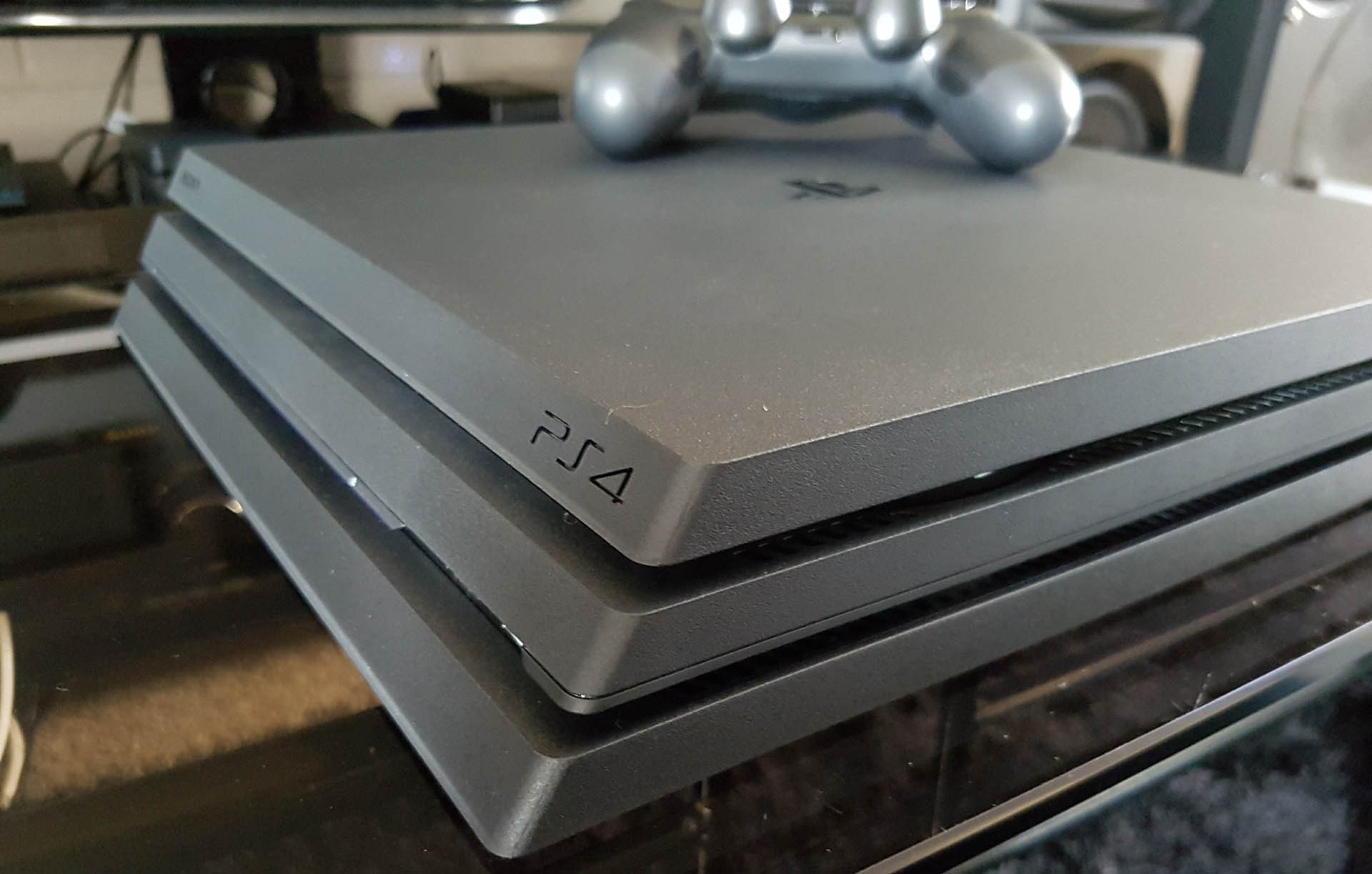 Design however, that is something totally different. The tri colour bar light has moved from the off center across the top of the console to the very front. Touch Power On is gone and is now a push button (of sorts) to the very left of the front facing light bar. 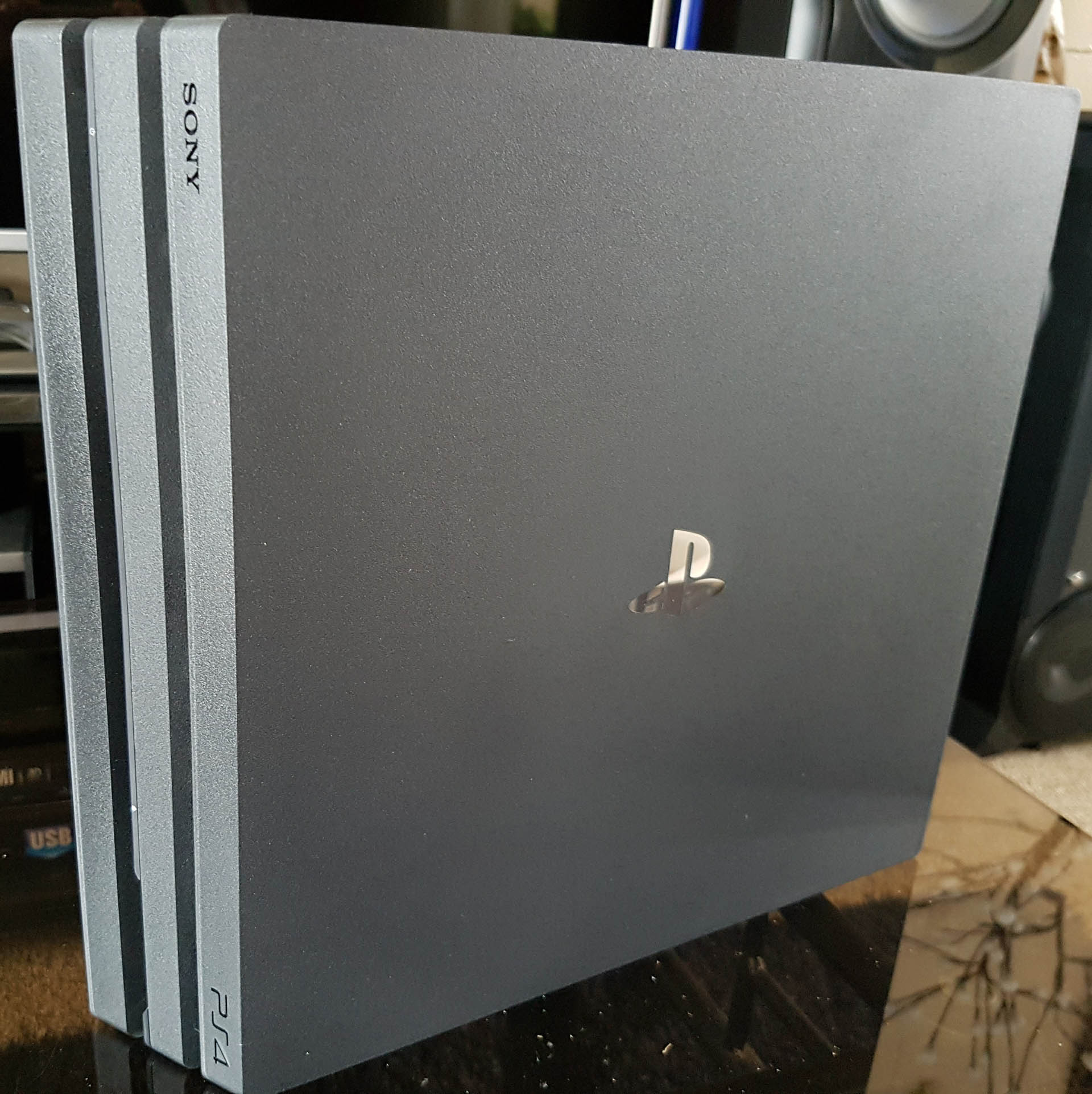 The PS4 Pro is slightly angled with it’s triple grid front that harkens back to how the very original PlayStation 2 was. I believe here that this design also helps with air ventilation – as the PS4 Pro packs alot of grunt and with 4K gaming to be had it is a given that there would be heat generated within the graphics components. A smart choice by Sony and also aesthetically appealing. 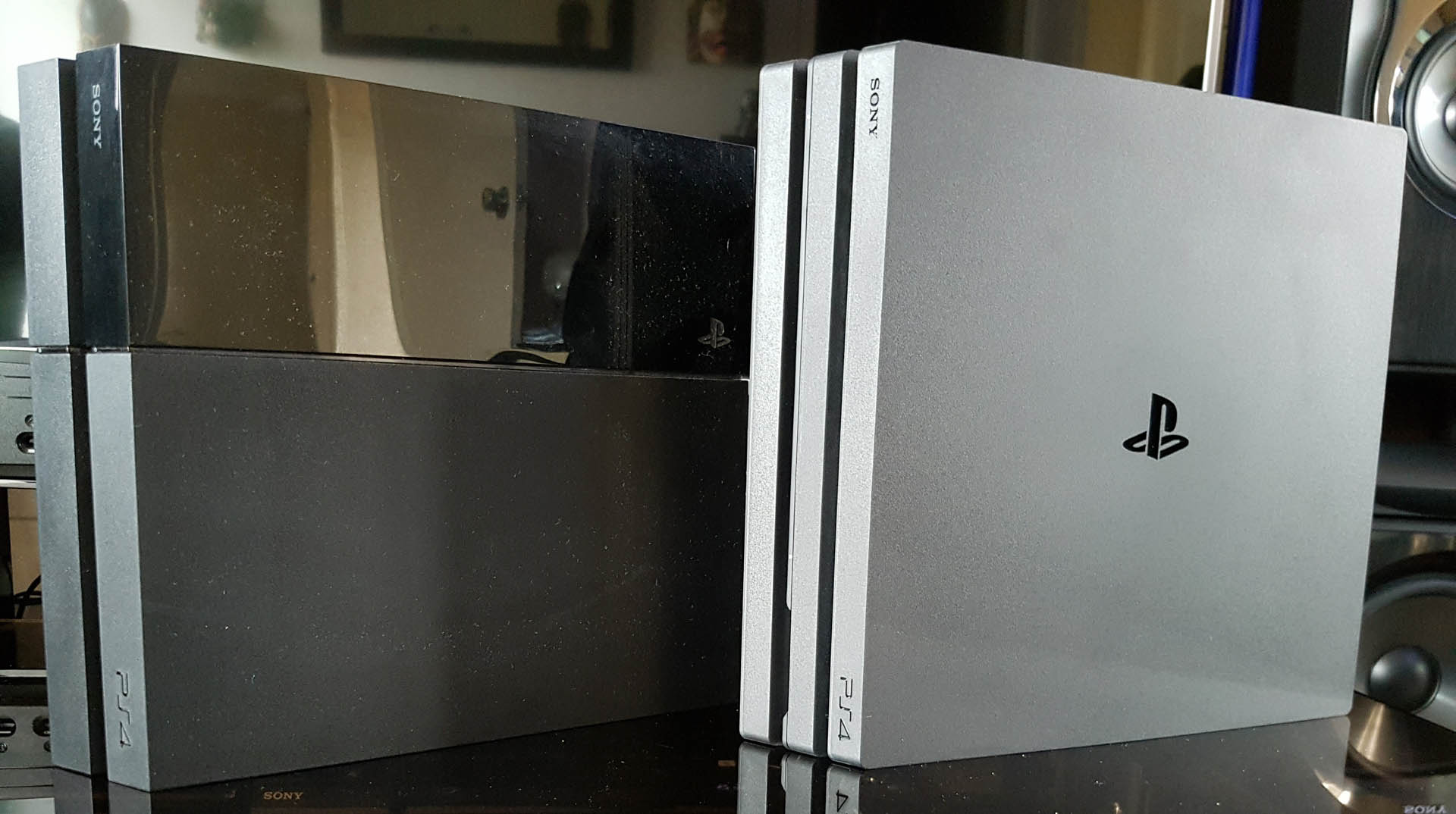 When compared with the original PlayStation 4 it is almost like looking at two very different consoles.

If you have picked up a PS4 Pro and already have a swag of games you need not fret about whether they are still playable or not. They are. The PS4 Pro is essentially a PlayStation 4 with high end graphic output capabilities. Most 1st Party titles from PlayStation will receive an update once the games are started inside your new and shiny PS4 Pro to enable playability in 4K.

Future titles from PlayStation are expected to be 4K and third party developers are already producing titles in 4K.

So, is it worth the upgrade? Priced at just a bit over $600 NZD and with ample storage (those that have the Day One PS4 will certainly appreciate the storage upgrade to 1TB from 500 GB) and high end, eye candy gaming to be had, yes it is. 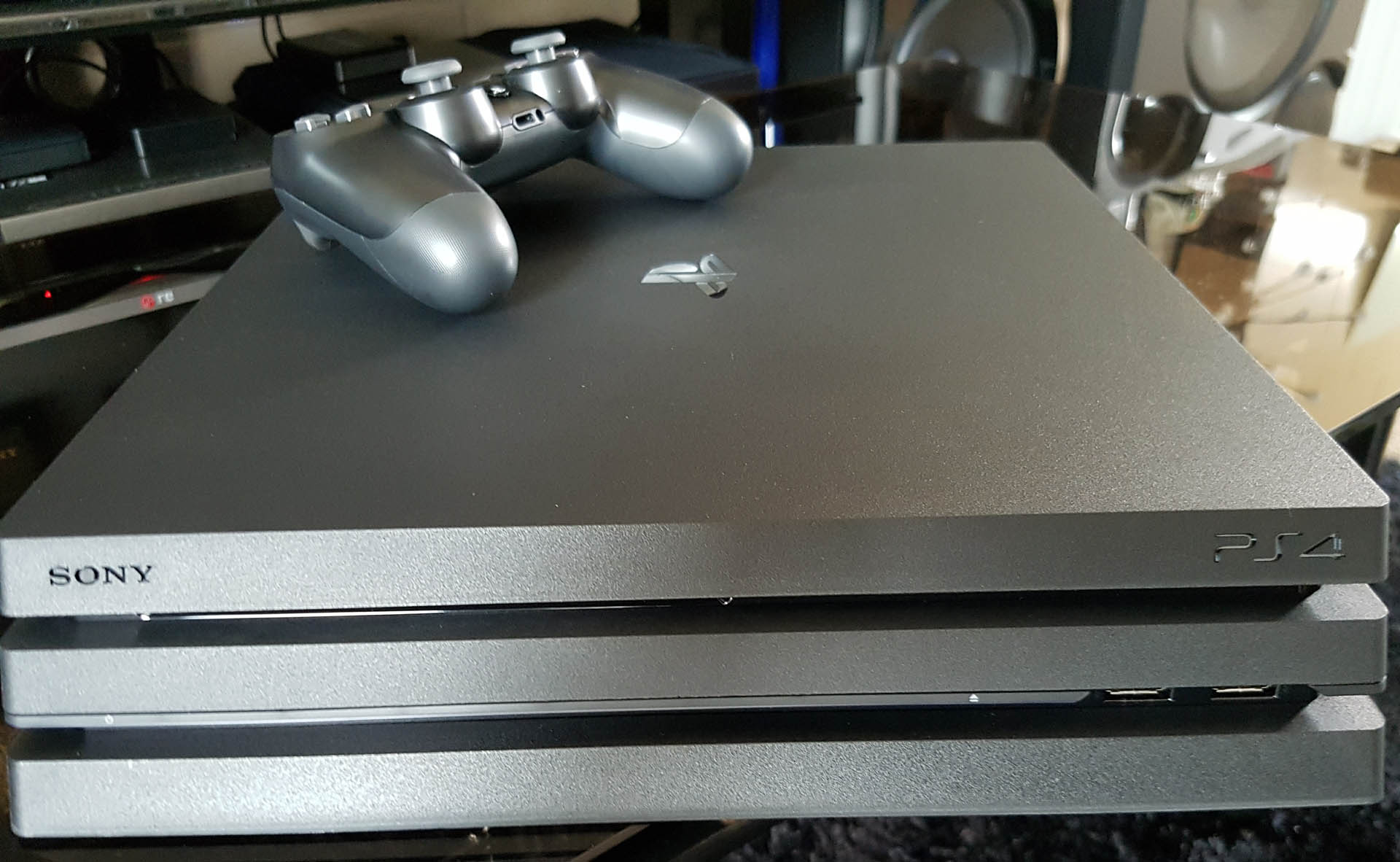 You do not necessarily need to rush out and upgrade your TV the PS4 Pro will still produce deliciousness graphics on any screen. If you do already have a 4K capable tele, then the PS4 Pro is a must have or worthy upgrade.