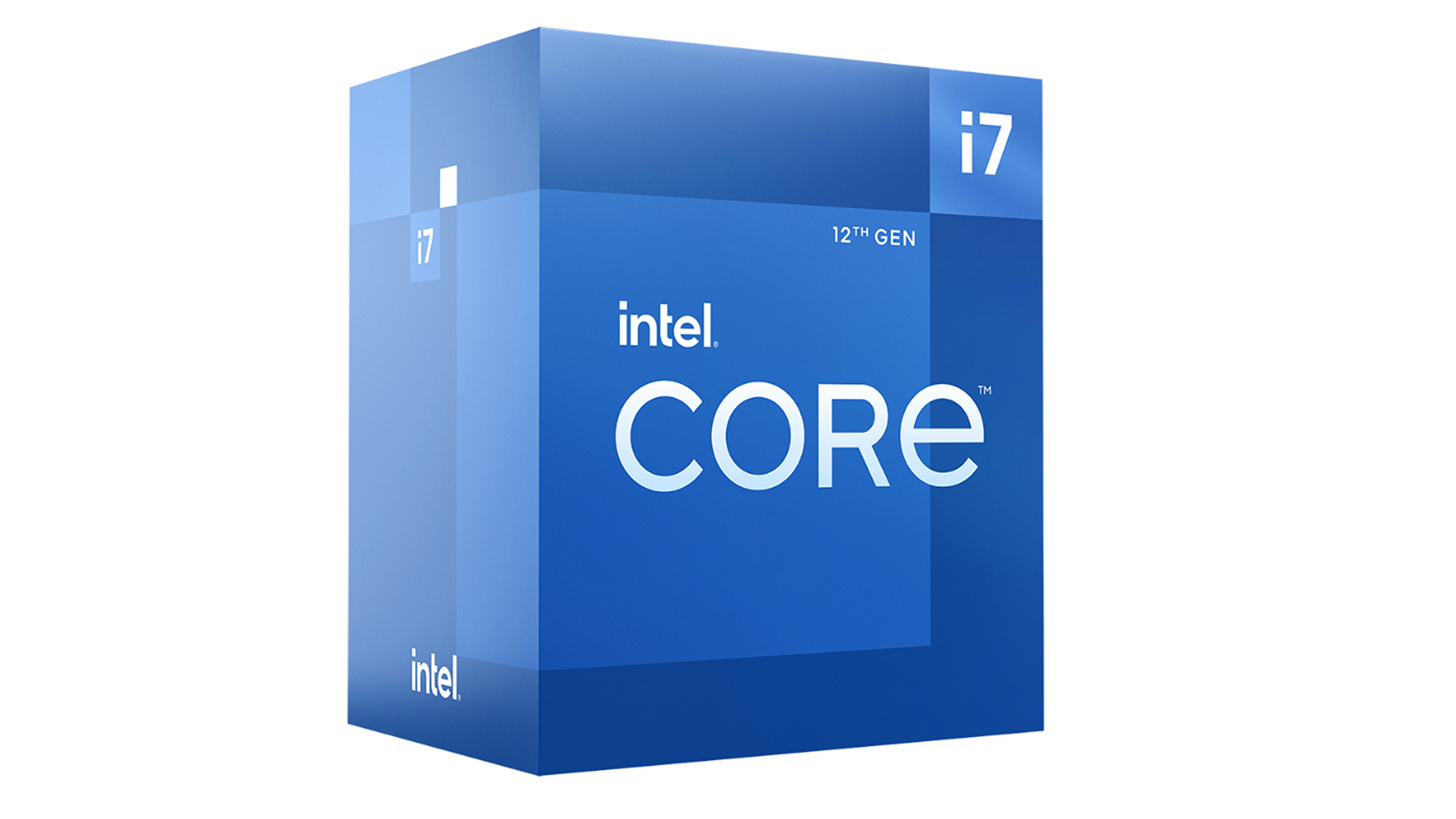 With Intel’s Alder Lake it’s just another generation of CPUs for those just buying a new PC, but it’s a fresh start for most upgraders. First, you’ll need a new motherboard, with a 6XX-series chipset, the flagship being the Z690 with all the bells and whistles. To get the most out of the CPU, Intel recommends new (and very expensive) DDR5 memory, although many motherboard vendors still manufacture DDR4 versions compatible with the Alder Lake CPUs.

The CPUs themselves are slightly longer with a new LGA 1700 socket, so you will also need to ensure that your existing cooling solution is compatible if you are upgrading your rig. 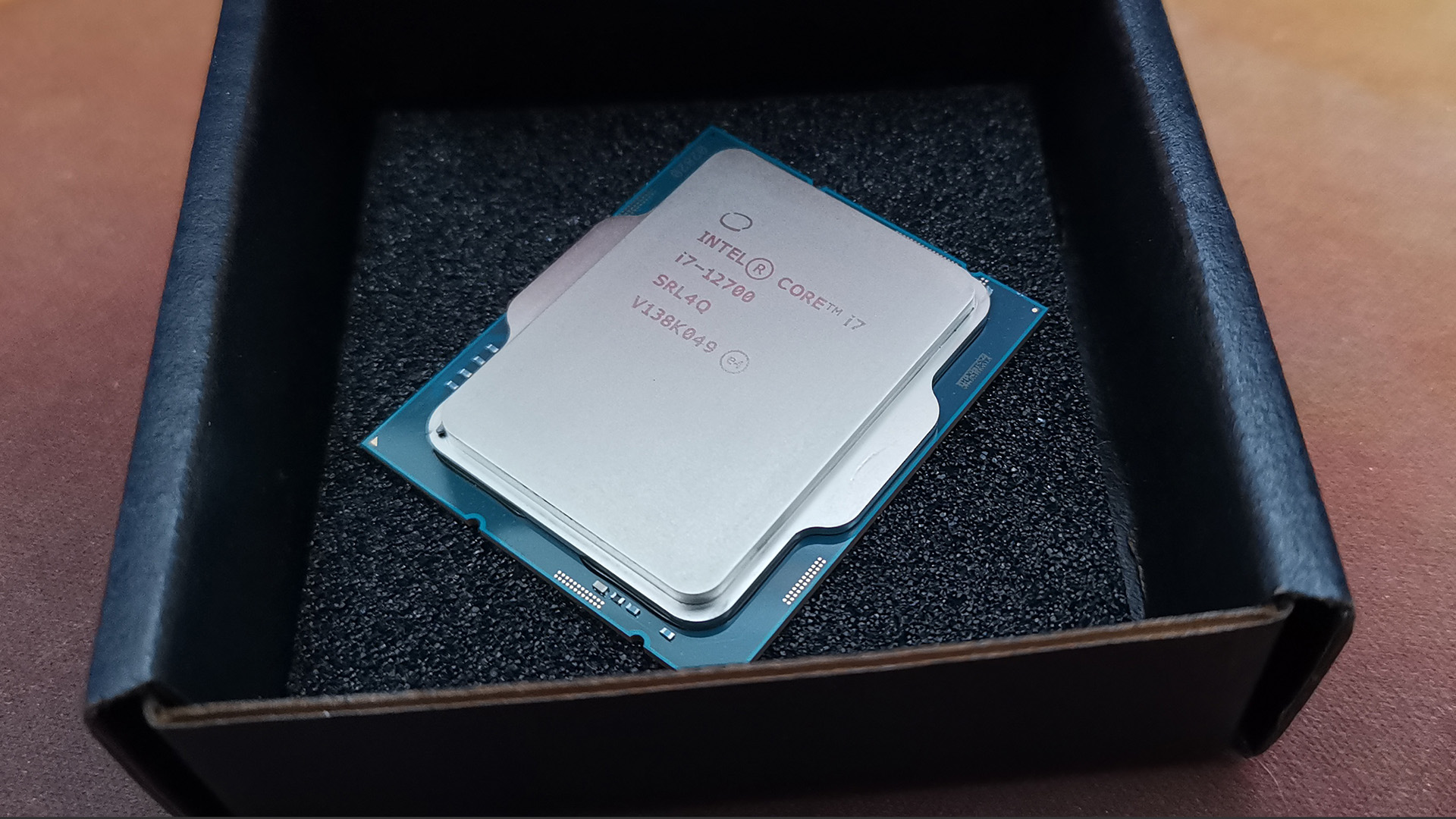 Unlike its previously tested stablemates, the Core i7-12700 set for review lacked the “K” suffix meaning that the i7 Alder Lake CPU’s frequencies were locked. This meant no overclocking, even with my Asus TUF motherboard’s easy one-touch AI overclocking.

In keeping with the other 12th generation CPUs that I’ve tested, I used a selection of benchmarks representing office applications, photo and video editing, gaming, and 3D rendering to gauge performance. These included premium professional testing tools such as UL Procyon and Crossmark as well as the more consumer-orientated PC Mark, 3D Mark, Performance Mark, and Cinebench. 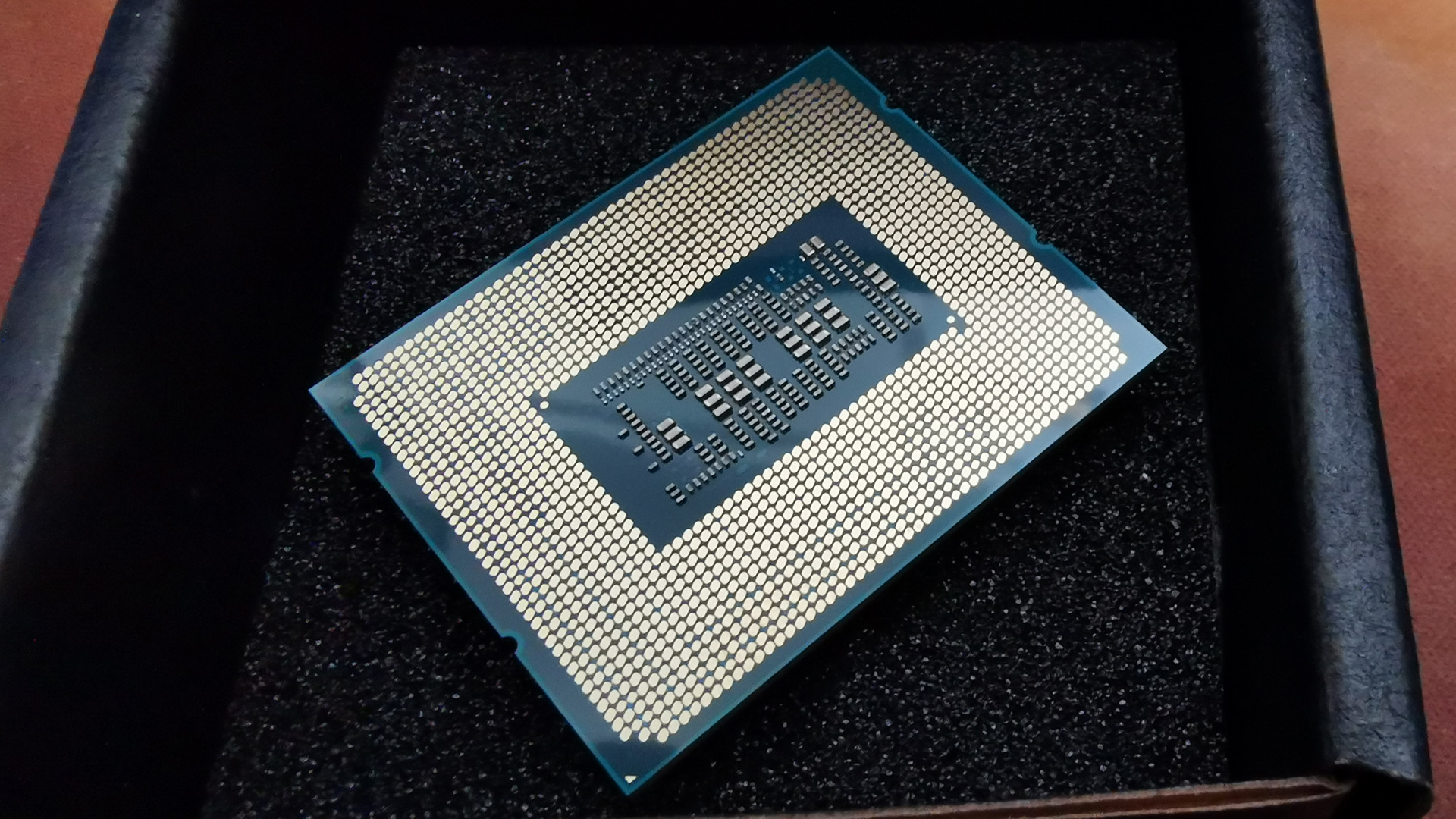 You’ll note that I’m still running DDR4 memory, and this is by design, as the previous CPU tests were made before DDR5 modules were available. Sticking with the same setup affords a better comparison with this component and its siblings. Using DDR5 memory may improve performance over DDR4 but how much, and if it’s worth the investment right now, will be something that I will be looking into in an upcoming article.

As with previous Core i7s, the Core i7-12700 is a performance component aimed at power users, creatives, and serious gamers. The locked Core i7-12700 affords a small $20-odd cost-saving for people that are not into overclocking their PCs .

The i5 is more for everyday gaming, although it runs very cool and is easy to overclock. The i9, on the other hand, is as expensive as it is powerful, an overkill for most applications that don’t need to make use of multiple threads. 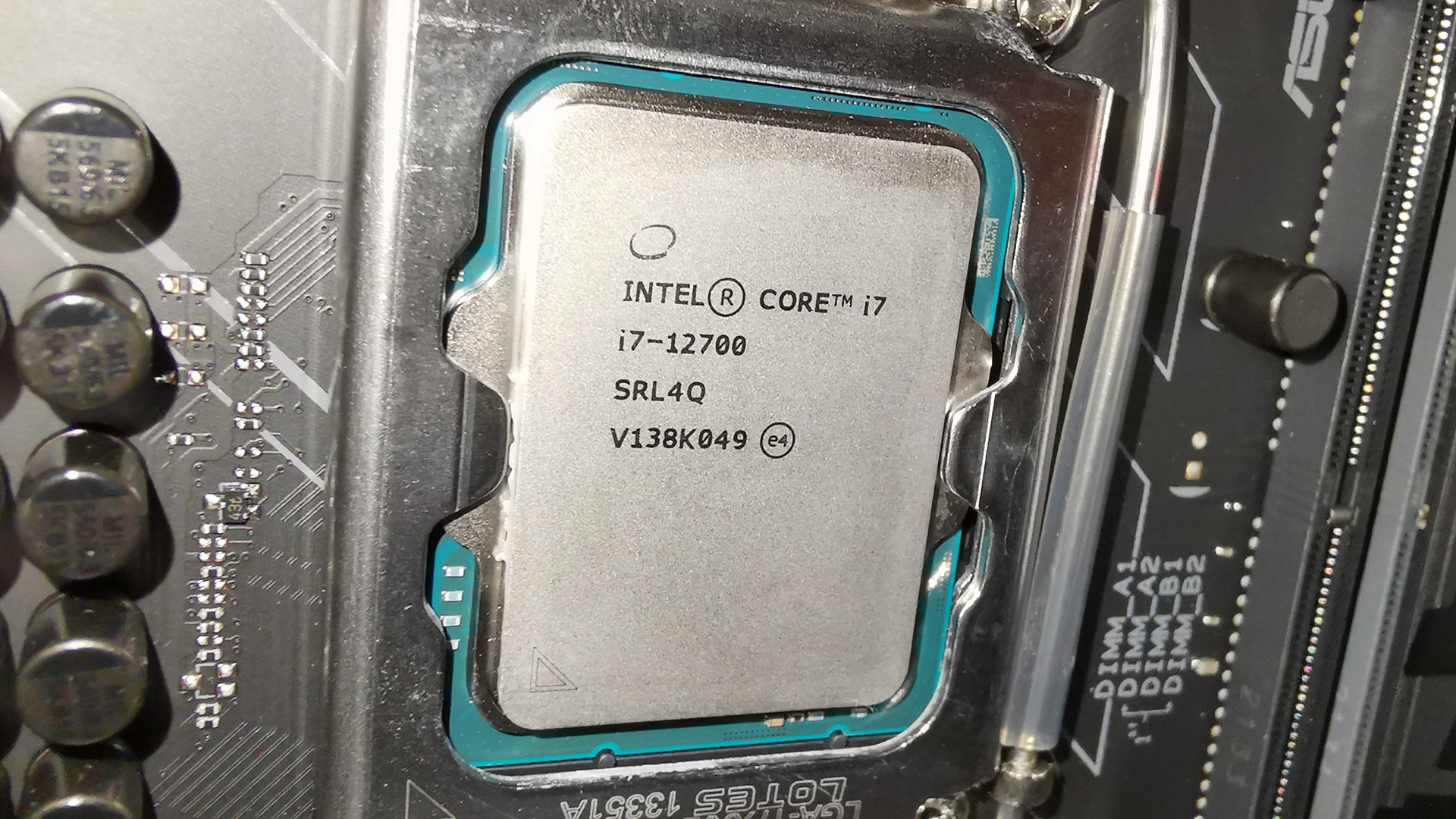 My i5 vs i9 review was easy: i9 for the well-heel performance lunatics and the i5 for sensible folk that want a fast CPU (that can be easily made to go a bit faster) at a nice price. Adding the i7 into the mix muddies the water, somewhat.

In pretty much all of the benchmarks the i7 results, rather predictably, sat between the results for the i5 and the i9 alder Lake CPUs. There were a few anomalies, most notably Crossmark tests, the UL Procyon video editing test, and the generic results from Procyon’s stablemate, PC Mark. The PC Mark application test and extended test results were, however, exactly as I’d expect. 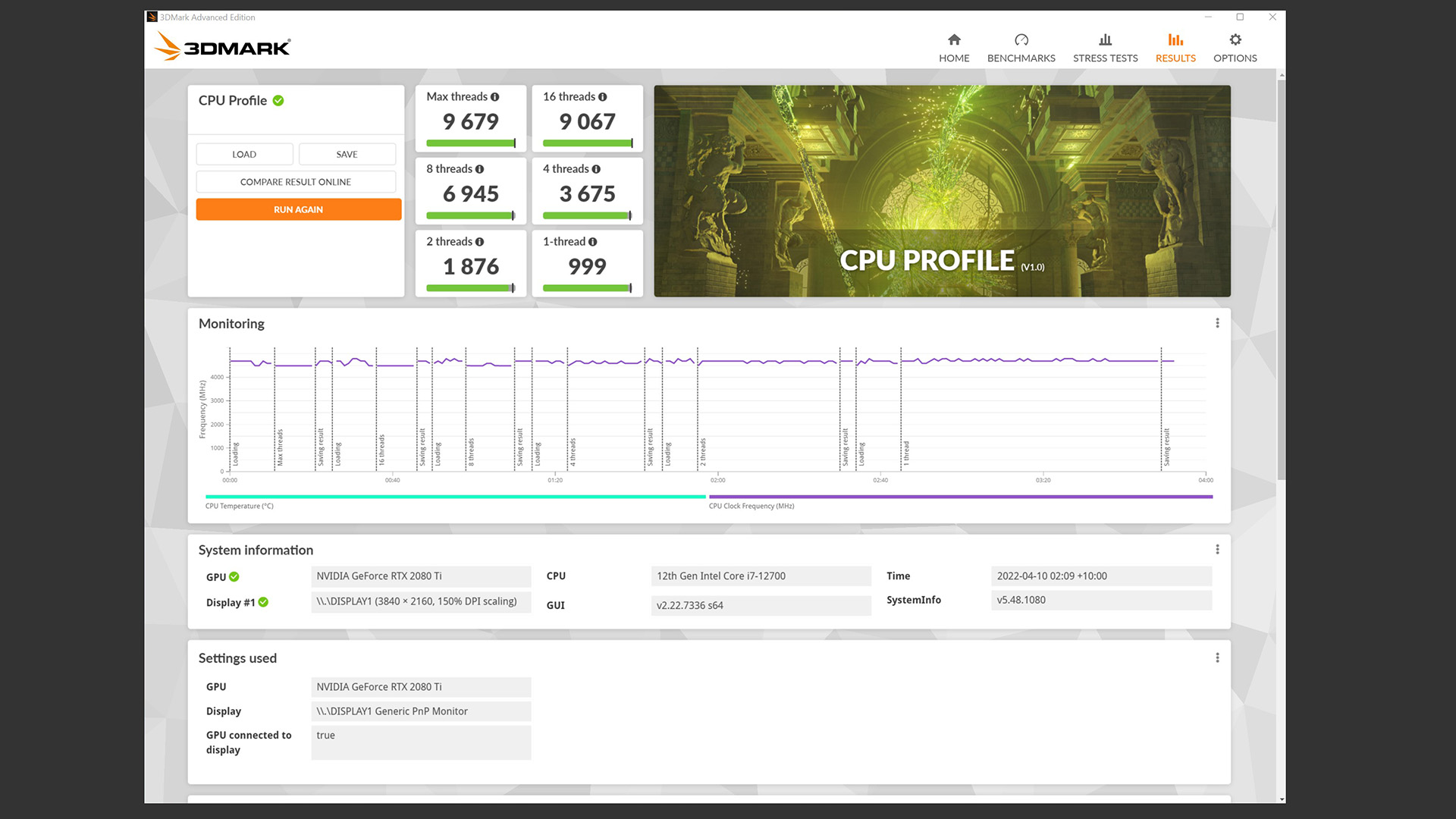 Running a stress test using the Intel Extreme Tuning Utility, with all cores at 100%, garnered an average temperature of about 60 degrees maxing out at 71 degrees. This was with the Corsair H150i still running quietly as you would in an office environment.

The benchmark tests highlighted the major advantage that the i7 has over the i5 and why it may not be for everyone. When you look at the 3D Mark CPU profile results, the i7 is clearly superior to the i5 with all the cores firing, as the threads diminish, so does the performance gap, with one and four threads showing less performance than the i5.

There could be a number of factors in this, but if you look at the single-core performance of the Cinebench R.23 test, the results for the i5 and i7 are (rather coincidentally) the same.

I’m comparing the unlocked versions of the 12th-gen i9 and i5 with the locked i7. In an Asus motherboard, like the TUF Gaming Z690, the Taiwanese manufacturer offers users a painless basic AI overclock that I took advantage of with the other unlocked CPUs. So, whilst the i9 and i5 results are slightly higher due to this, the same is not afforded to the locked i7. It’s likely the small edge that the mild i5 overclock has that is responsible for the anomalous Crossmark and Procyon video editing results. With the Asus AI overclock I got the i5 running pretty much on par with the stock frequencies of the locked i7, giving the more expensive CPU an advantage only in the number of cores on board. 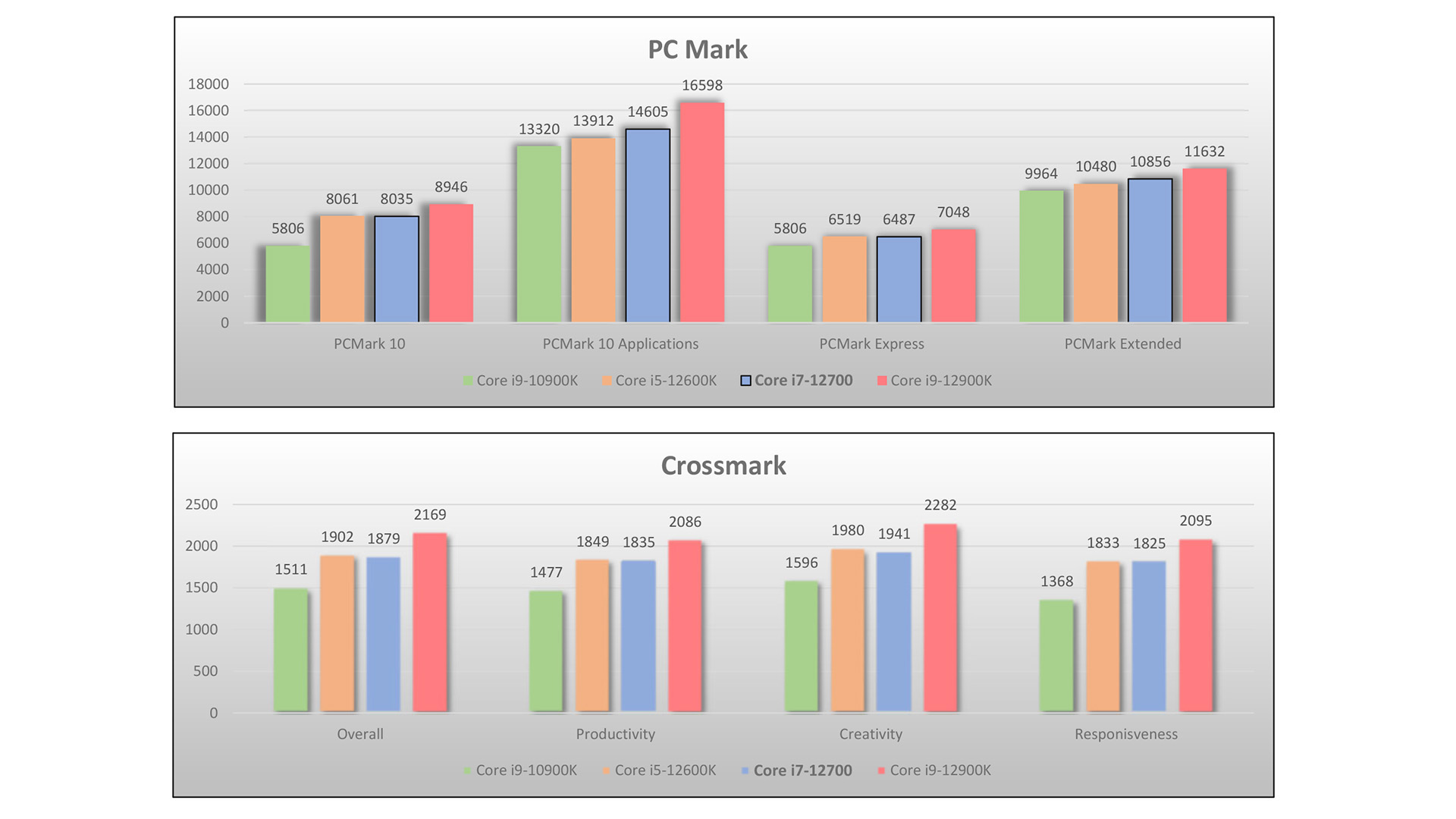 Whilst the i9 has the solid grunt to out-perform the i5 across the board, you can see the diminishing return as fewer cores are engaged. And this is the thing will all microprocessors be them GPUs or CPUs. If you are not going to take full advantage of them, you are wasting your money.

Applications that employ all of the i7s cores are going to perform better and are potentially worth the investment over the i5. This includes some modern games, but many will still only utilise a few of the i7s capabilities. Of course, if you are doing the odd 3D render, a bit of Photoshop, or video editing, the extra cores will be of benefit.

It really goes without saying that you are going to get excellent gaming performance out of the 12th generation Intel Core i7. The CPU is also going to be more than happy rendering video and editing photos. I’d say 90% of PC users will be more than satisfied with the i7’s performance. Some of those, however, would also likely be just as happy with the very versatile i5.

Personally, as a PC gamer that likes to dabble in photo and video editing, as well as the odd bit of 3D rendering, the Intel Core i7-12700 ticks all the boxes for performance and price even if it does lack overclocking capabilities, but I’d still pay the extra for the K version. 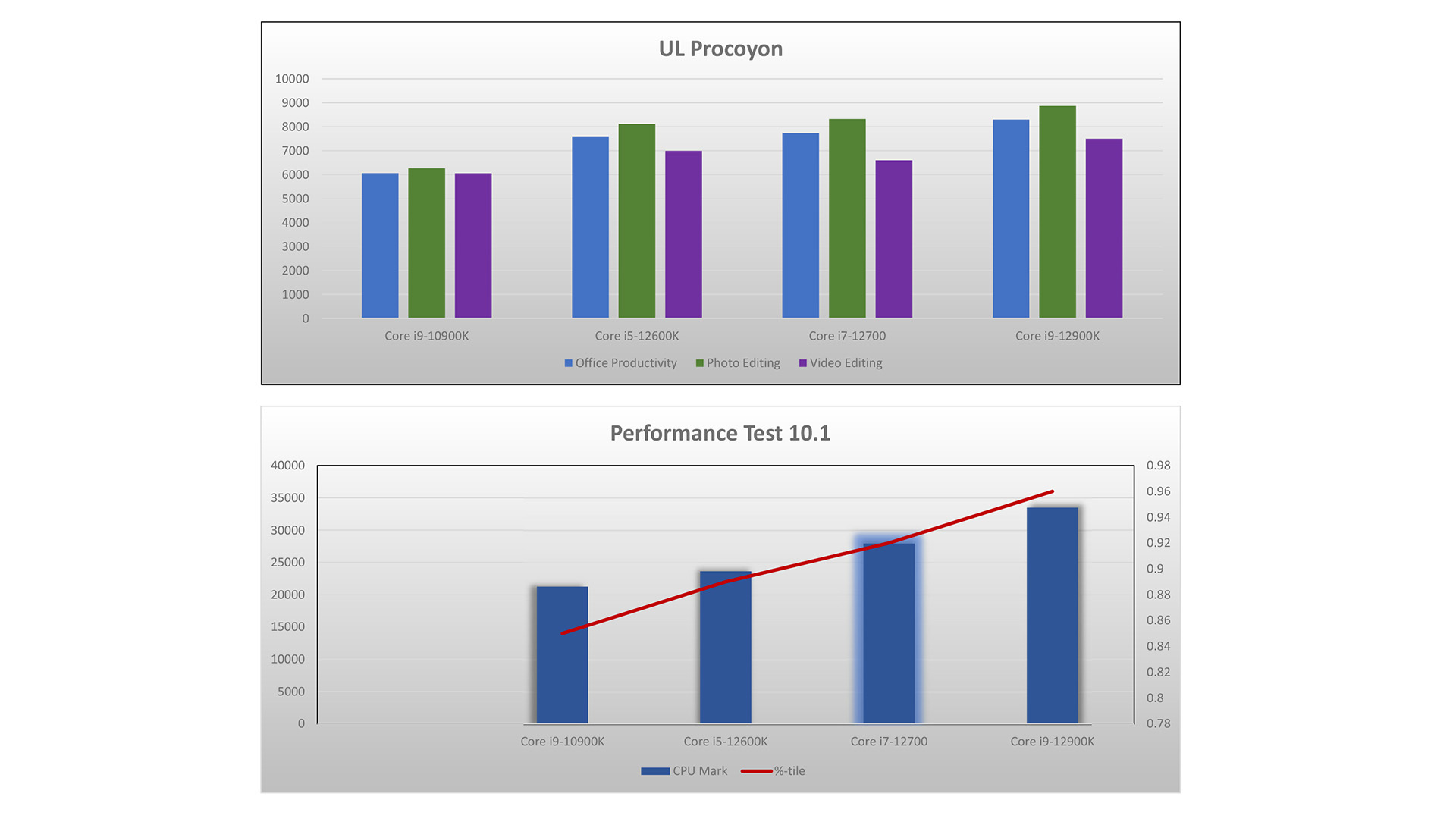 In a more corporate environment whereby stability is key and overclocking presents an unnecessary risk, the Core i7-12700 makes sense. This is especially so if you are buying multiple machines with the same equipment spec.

The locked Intel i7-12700 is a one-size-fits-all CPU suitable for both everyday office tasks as well as more demanding applications such as video editors, and higher-end creative uses such as 3D modelling and even a light bit of 3D rendering.

It stacks up well against the more expensive i9 and outperforms the i5 in most processor-intensive applications. I’d still be inclined to go for the unlocked i7, but whilst previously I’d have recommended the 12th generation i5 over an i9 for most users, I’d now say that, in any variant, the i7 offers the best bang for your buck as an all-rounder. 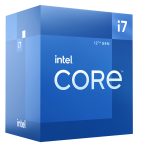 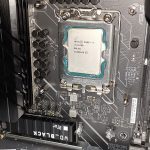 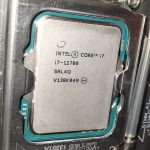 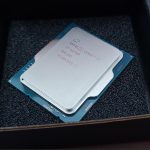 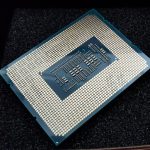 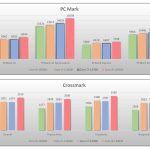 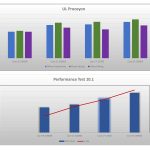 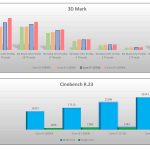 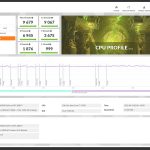