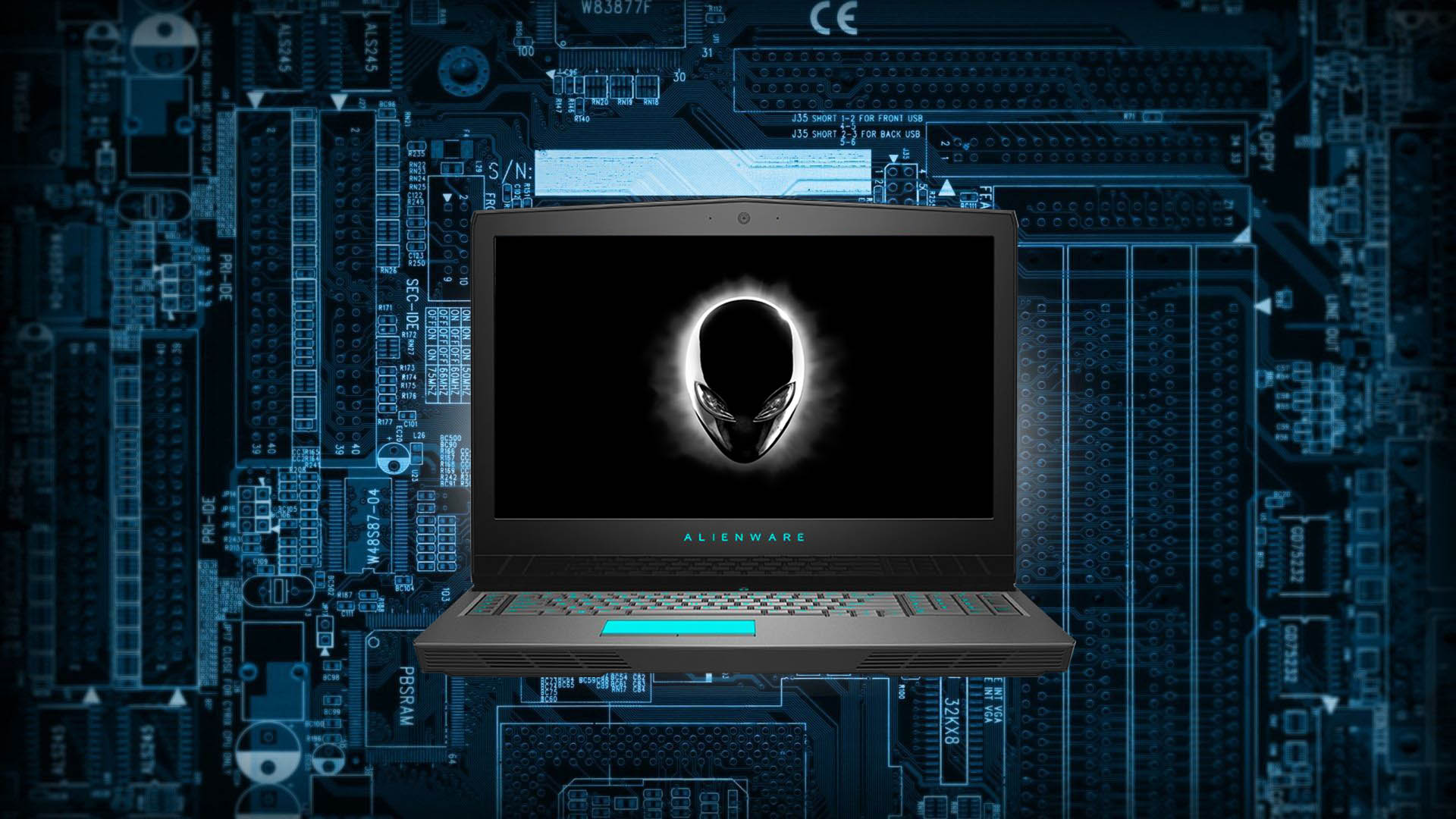 Gaming PCs are some of the most powerful personal computers on the market. With high-end CPUs, giant GPUs and an array of RGB lights, fans, flashy RAM and storage drives, they are often sights to behold. But once you take into account an ATX case, a monitor, keyboard and mouse they often dominate the room they’re in, demanding a large desk, resolutely pinned down to one location.

It’s long been the dream to take all of that power and wrap it up in a portable device. Small form factor PCs, like mITX cases help somewhat, and gaming laptops have been around for a long time now, but they have often (though not always) had compromises in terms of CPU power, noise or thermal limits.

Alienware’s 17 R5 laptop is an attempt to solve this problem, to have one’s cake and eat it too. It features a ridiculously powerful 6 core / 12 thread CPU that routinely turbos up to 4.2GHz, a Max-Q GTX 1080, up to 32GB of RAM and a gigantic 17” display. It’s a gaming and productivity workhorse, with enough power to drive almost any task you could throw at it. But does it manage to power past the compromises that have held back most gaming laptops from greatness so far? How can such a huge amount of power even work in a laptop form? 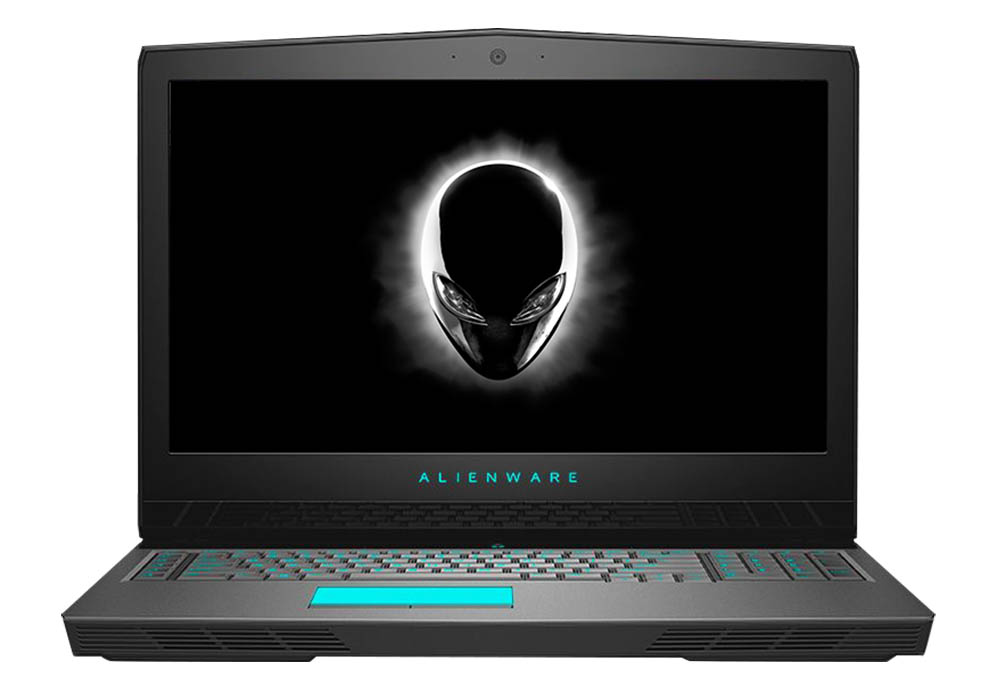 Firstly, let’s talk about the design.

There’s no doubt that the Alienware 17 R5 is a large machine. A Razer Blade Stealth this is not. Designed to be a full desktop replacement, it is portable mainly in the sense that it can be picked up and moved around easily, not that it would fit into your laptop as an everyday carry. While that may put some people off, that’s the trade off it makes for its power and large screen. It features a good (though not exactly resplendent) array of ports too, including a wide range of external display options, including USB-C, Mini Displayport, HDMI 2.0 and Thunderbolt 3 – which will be great for faster network access or for future GPU upgradability. It also keeps around two USB-A ports and the usual headphone jack. My only annoyance was that there were no USB-A ports on the rear of the device, meaning my mouse and headphone dongle stuck out from the laptop like little T-Rex arms.

But at least those stubby dongle arms will be well lit by the 17 R5’s RGB lighting, including its surprisingly small RGB trackpad. In comparison to the garishness of most modern RGB-festooned “gaming” branded equipment, the RGB lighting on the keyboard, trackpad and external chassis was thankfully limited, and restrained – this laptop won’t be mistaken for a Christmas tree anytime soon and wouldn’t look out of place at work. 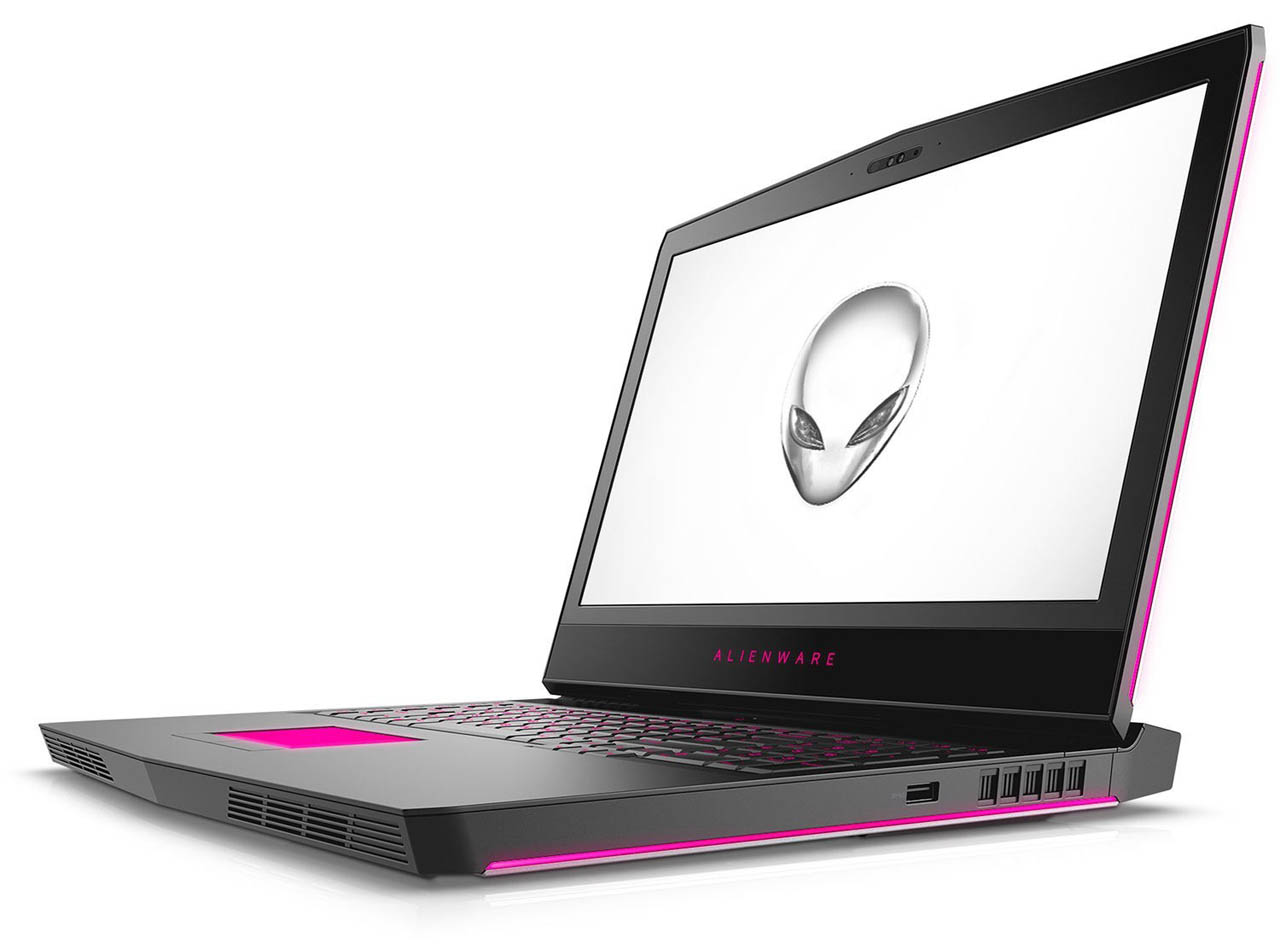 The large screen is bright and vibrant, with good colour reproduction, even at angles. It is G-SYNC, which will benefit gamers stressing the GTX 1080 and help it hold up over time as games become more demanding and eventually run at sub-60FPS on the built-in display. Disappointingly, it is only 1080p and 60Hz, to me a baffling decision that means the laptop by itself fails to make the most of its huge amount of grunt. Seemingly 1440p is available in other markets, but on Dell’s Australian website I could only see a 1080p option. While 4K gaming is only just in reach of the very best 20 series NVIDIA GPUs, I would have preferred either a 1440p 60Hz or a 1080p 144Hz display. On the other hand, at the moment there will be almost no game that is able to make the 17 R5 break a sweat (as we will see later), and it will maintain above 60FPS and native resolution even in the most stressful situations.

Over a number of games, the 17 R5 proves itself, with strong results across the board. In Shadow of the Tomb Raider, a 2018 title finishing up the successful 2013 reboot of the franchise, the 17 R5 manages an average of 89.6FPS on Very High at 1080p. In Deus Ex: Mankind Divided the laptop completes the benchmark at 54.8 FPS in DX12, 59.7 in DX11, and with some small tweaks to shadows and running only TAA with no MSAA, you can get it running above that magic 60FPS mark at 80.7FPS. 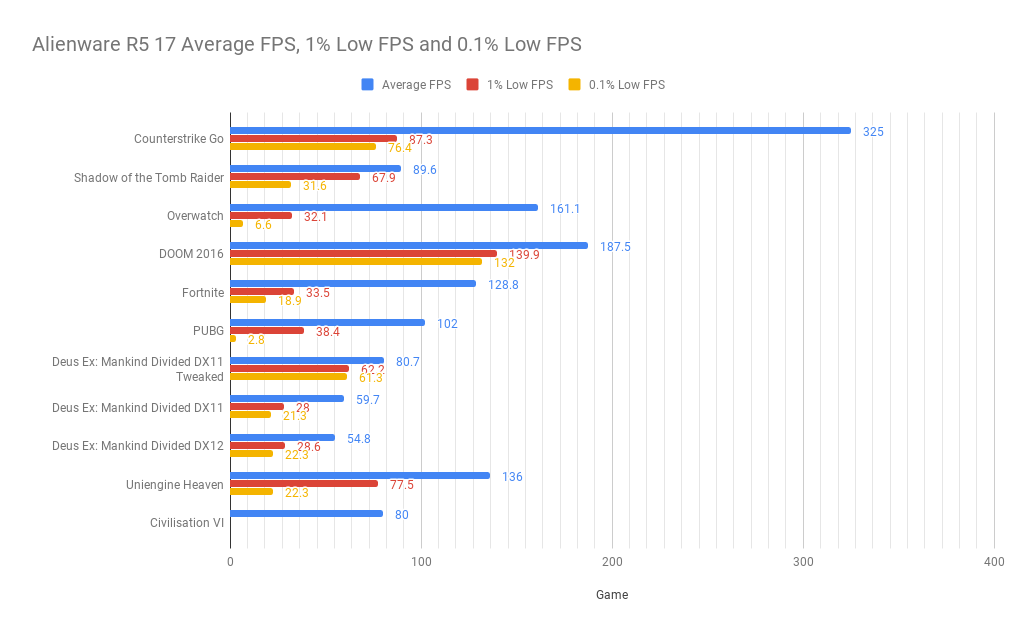 In esports titles such as Fortnite, CS:GO and Overwatch, the R5 tears strips off these games, and you’ll have no issues running these at Max settings and high frame-rates. CS:GO averages 325 FPS, Fortnite runs at 128.8FPS and Overwatch averages over 160FPS.

Even PUBG runs at an average of 102FPS, though the moment to moment gameplay may vary from this average based on what’s happening on screen. In DOOM 2016 using Vulkan it seemed we were limited by a FPS cap of 200, which it ran at for a large portion of the the time, with even the 0.1% lows at 139.9 FPS. Other non-benchmarked games like Battlefield V also performed excellently, and of course indie titles or less-demanding games such as Cities: Skylines run great.

The 17 R5 also gave excellent scores in specialised benchmarks, with 3DMark’s Timespy giving an overall mark of 6950 and FireStrike Ultra (4K) providing a score of 5115.

The 17 R5 isn’t a cheap machine, and the larger range of tasks that you can find for it the easier it is to justify. Luckily, for productivity tasks the 17 R5 is a great mobile workstation, with excellent results in synthetic and productivity tests. Cinebench is marked at 936 on its CPU test, which is impressive given the power and thermal constraints of a laptop chip. Geekbench 4 scores are even more telling, posting 5529 for single and 20808 for its multi-core results. The single-core performance here is especially impressive, given that the R5 17 can maintain a higher clock on a single thread in its power and heat-limited environment. 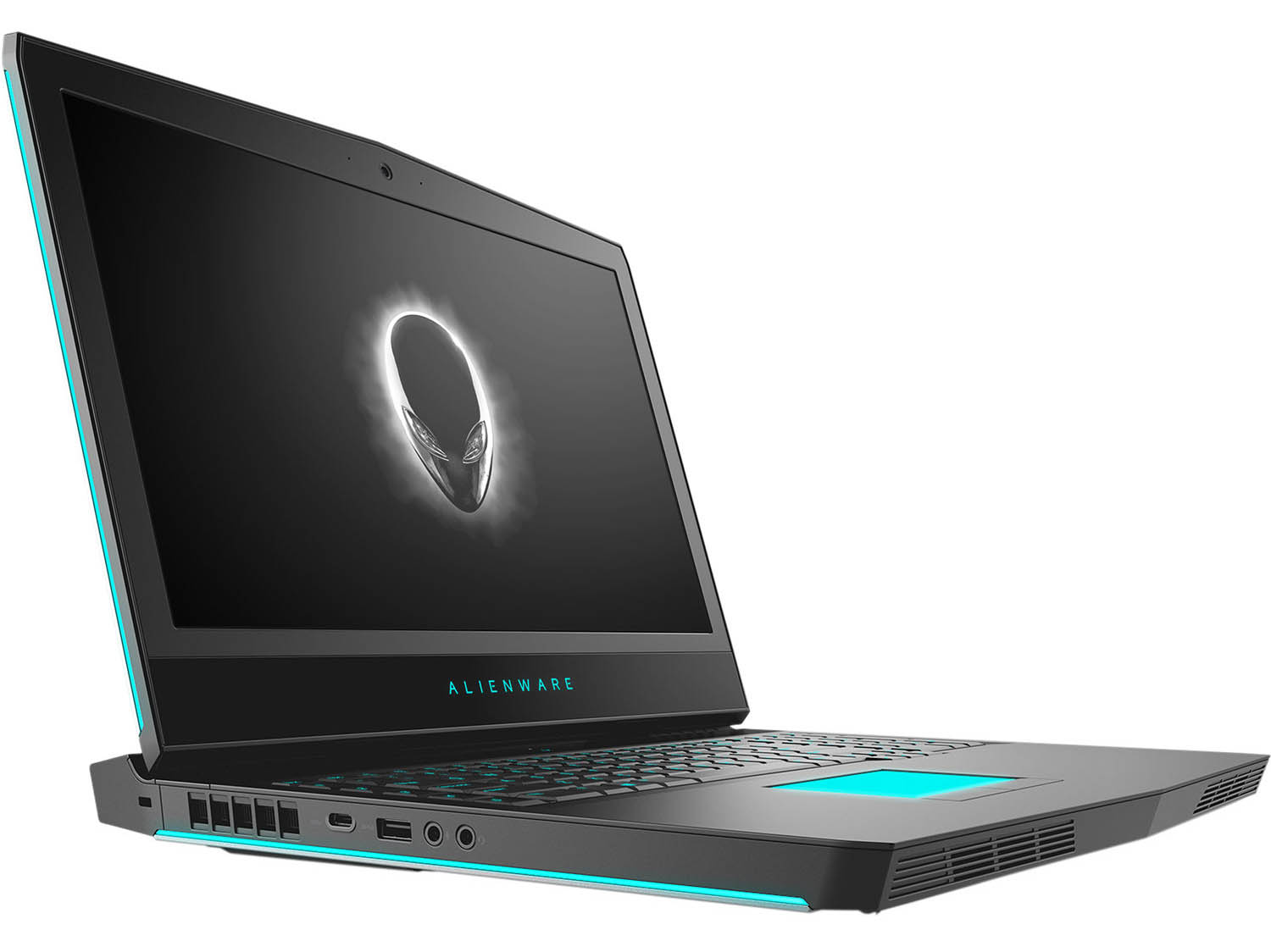 So for gaming on the go or just not to have a full-sized PC tower, or engaging in some productivity tasks (with this level or performance and its screen size, this laptop would be great for working in a co-working environment for example), the Alienware R5 17 will be able to meet whatever task you throw at it. The combination of a Core i9 8950HK and Max-Q 1080 are a potent combination that will let you get your work done, and take some time off afterwards with even the most recent 3D titles.

But is performance limited anywhere else? How does the laptop deal with the limited thermal envelope of a laptop chassis? Let’s start by examining the noise. On its default “balanced” power plan setting my review unit maintained an audible use of its fans, seemingly as the clock speed of the CPU tried to maximize itself at around 4.3GHz or even 4.4GHz. Turning the power plan to “power saver” fixed the issue, running the fans at a much lower, almost silent volume and down-clocking the CPU to around 3GHz or lower – which is still plenty to play many titles and to do your usual web searches, emails or word processing. I’m not sure why this is happening, perhaps it’s an issue with the way the BIOS or Windows is handling the CPU P-States or other aspects of power management in the device, but at least there’s an easy fix.

Of course, when set to high performance in a modern AAA game or productivity app, and the CPU and GPU really stretch their legs, the laptop throws everything at trying to cool itself down. Heat pours out the back and left hand side of the laptop as the fans run at full blast. The top decibel reading I got was about 65dB, enough to hear from another room, and almost necessitating headphones to block out the noise.

But it’s hard to complain about that, given the results I have had so far, and I appreciate that I was able to make the choice between noise and performance, with one exception. Thermal performance while gaming with an unlocked frame rate was unfortunately hit or miss. Sometimes the Core i9 processor would hit the 100 degrees mark, causing some drastic drops in FPS when running at that temperature as the CPU emergency downclocks itself to prevent it from melting down. Nevertheless, with the display capped at 60FPS, for the most part this situation can be easily avoided by sticking a 60FPS cap on a game or by enabling V-Sync, and is more a symptom of benchmarking than real-world gaming use of this device. It could, however, affect some productivity workloads, though unless these workloads address both the GPU and CPU simultaneously as in gaming, it shouldn’t be as much of an issue. For example, CPU core clocks under prolonged CPU load tended to settle down at 3.1GHz, below its peak of 4.2GHz but still 200MHz above the base clock of 2.9GHz. 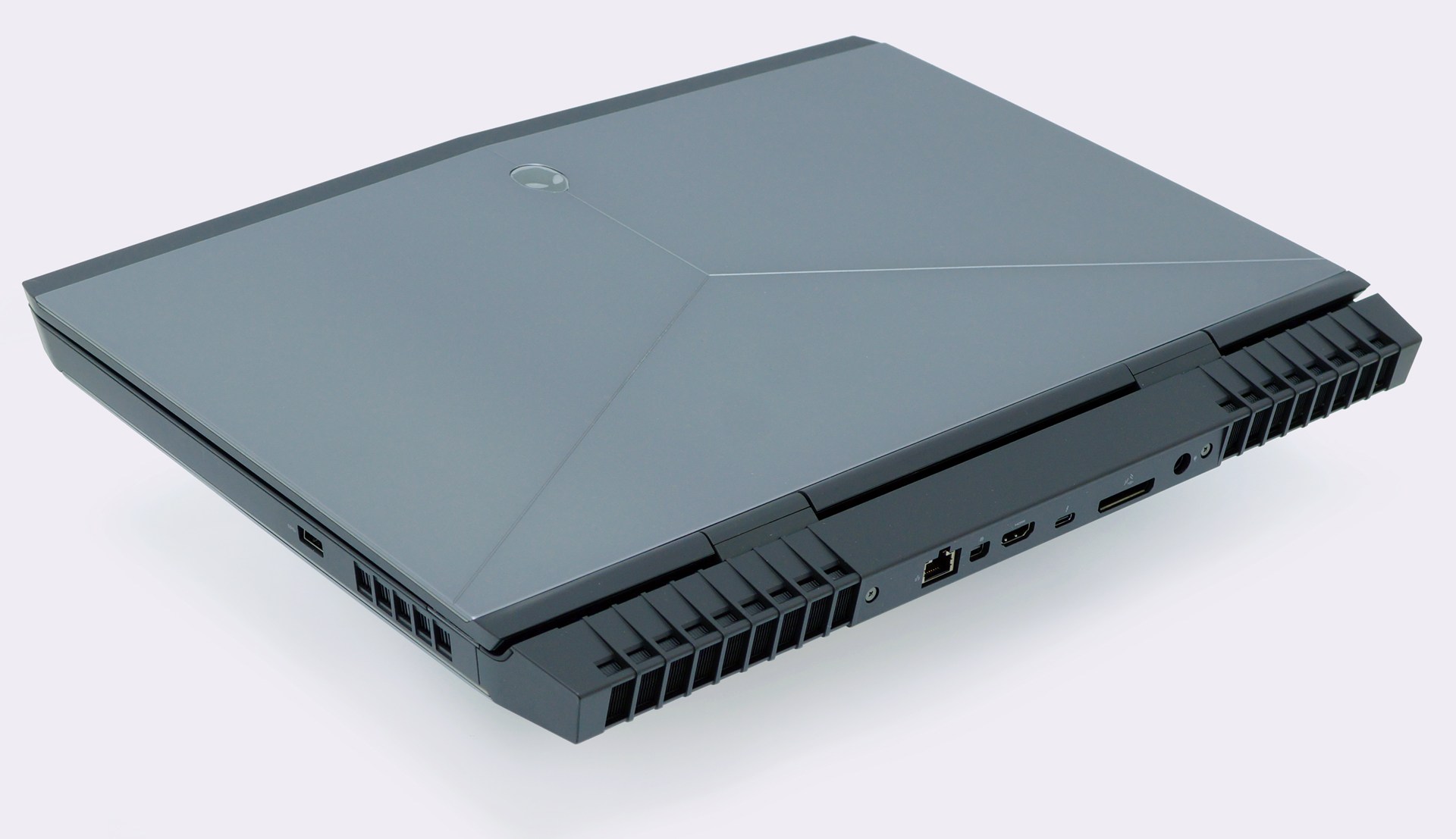 If you want a computer with some of the most powerful PC components, but also want to take it places – LAN parties, trade shows, your mate’s place – or to simply make it easy to put away and keep your space clean, or you don’t have the space for a full PC set up, the Alienware 17 R5 is a great choice. It’s peak portable power, though that still comes with the trade-off of heat and noise. Unfortunately this isn’t the laptop that allows you to have your cake and eat it too, heat and noise are still issues, though it does a reasonable job at managing itself.

And while I tested the top end configuration with an eye-watering recommended retail price, there are many customisation option to fit varying budgets. While its straight up parts for parts price comparison with a DIY solution won’t be flattering to the R5, you do get the entire package in something much more manageable than a tower PC, as well as extended support through Alienware. Would I buy one?

It’s tempting, to get back all that space on my desk, and to be able to play wherever I want (family holidays anyone?). If I were starting from scratch with no gaming PC to speak of, it’s a great start, and given future GPU upgradability is possible with the Thunderbolt 3 port, it’s certainly a solid option that could last you years to come.