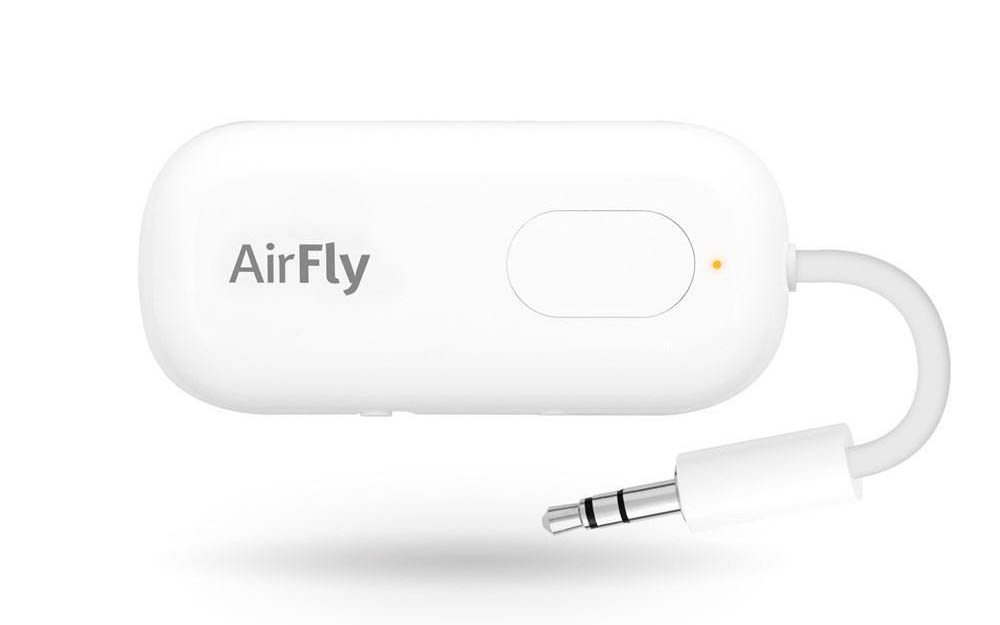 Sitting on a plane with your personal wireless headset and not too keen to use the supplied wired earphones to enjoy the in-flight entertainment?

Or perhaps the kids are getting restless in the backseat after a marathon drive across the country… whatever the need AirFly Pro have the Bluetooth solution for you.

Their dongle sized Bluetooth adaptor with a flexi 3.5mm (AUX) pin transforms any non-bluetooth audio device in to a wireless solution instantly that can be enjoyed by two external Bluetooth devices at once – including the Nintendo Switch.

Sure, pretty much everything has Bluetooth now. Smart TVs, Car Audio, mobile phones – the list does go on. However where AirFly Pro comes in is that it acts as an audio splitter, allowing duo headsets to be able to connect via Bluetooth to one singular source.

The rechargeable AirFly Pro has a 16 hour battery life with a USB-C charging socket and a small slider switch where you can choose whether you have one Bluetooth user or two.

Setting it up is super easy. Center button held down places the small pocket sized device in to pairing mode. Via your other Bluetooth device – connect through your wireless settings and boom, you’re good to go. 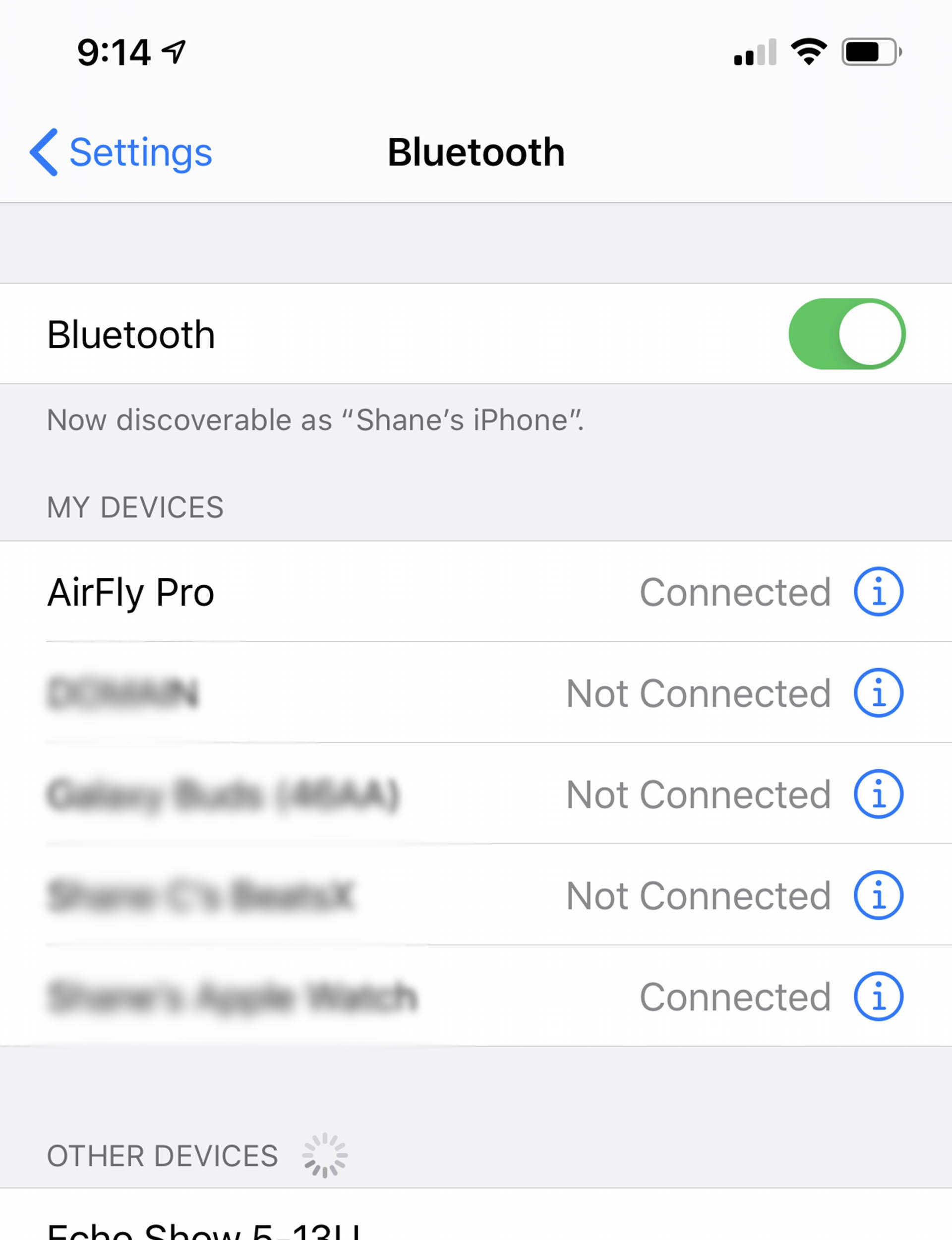 When the dongle arrived in to the STG office I have to admit I had no idea where to connect it – as there is a few Bluetooth speakers already around the place connected to smart devices and laptops etc.

A run through on a smart phone and a tablet with two Bluetooth audio / media users was easy enough – I wanted to know how it would perform on a totally non-wireless audio source. 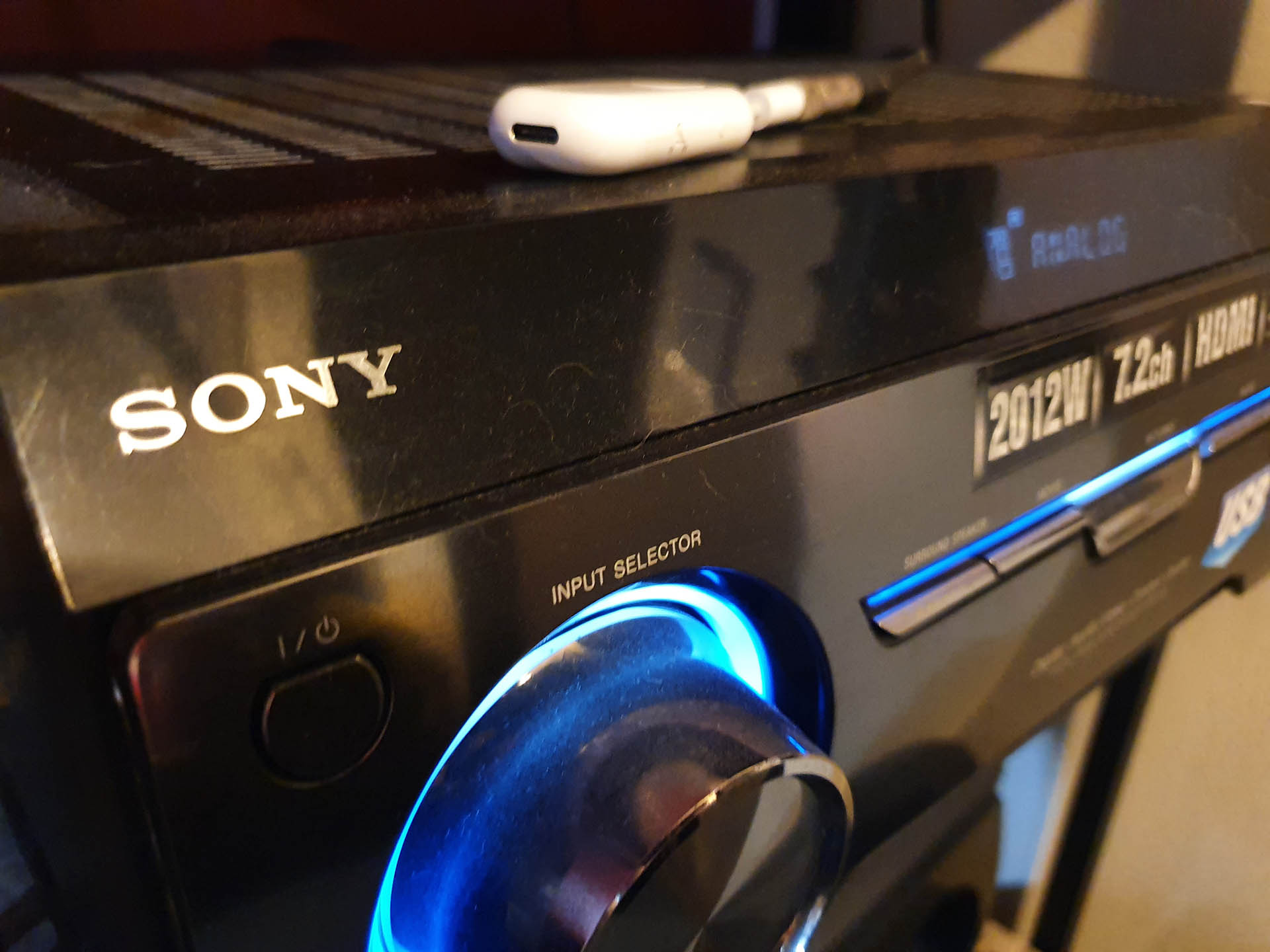 My subject ended up being my still loved but now aging 7.2 Sony Muteki Home Cinema Amp.

The 2012 model that I have was also without a headphone jack. First world problems.

So, via RCA to 3.5mm socket the AirFly Pro connected and via both an Android and iOS (Apple) based smart device the audio was soon streaming through a 7.2 sound system.

With Bluetooth connections for audio generally there is a loss in quality, usually minimal however and it does depend on both the source and the radio abilities of the Bluetooth devices. 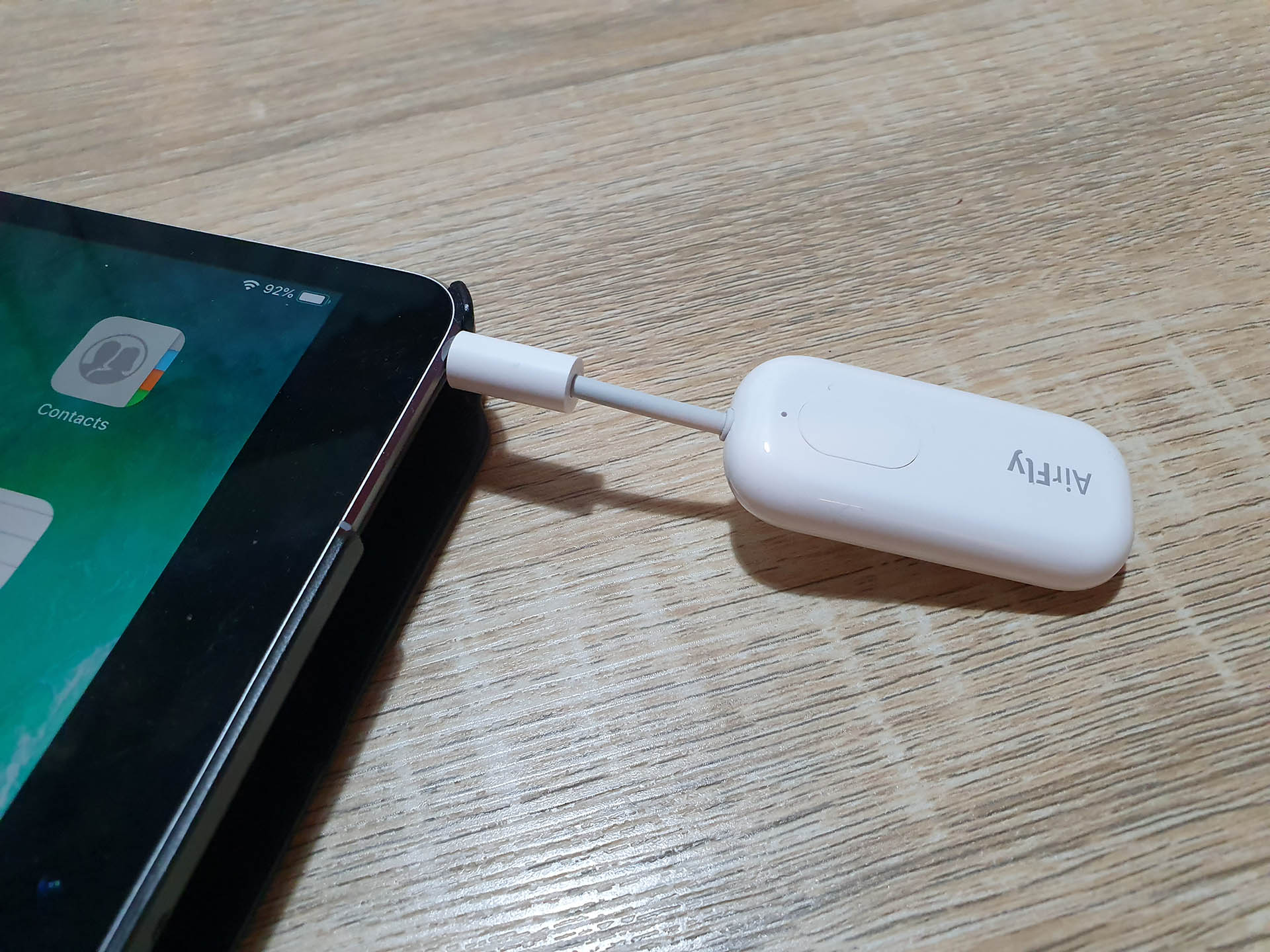 While I was able to stream personal playlist, Netflix and Spotify audio to a non-bluetooth device it came at a quality cost and that was a super low volume.

To be sure it was not the RCA connection I was using I tried it out on another audio source (Panasonic midi system) that did have a headphone socket but no wireless capabilities. Result was the same.

I can see the need for the AirFly Pro when traveling and while it sure does turn any non-wireless bluetooth audio gear in to wireless the idea of this device is portability and to keep in one’s pocket.

Connect, share your playlists and media watching with a friend on the go and even stream to older audio technology super simply. 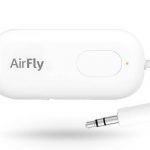 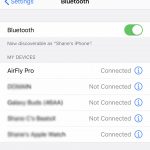 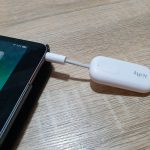 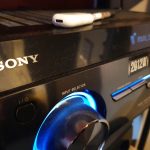 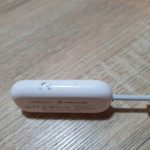 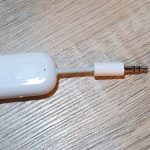