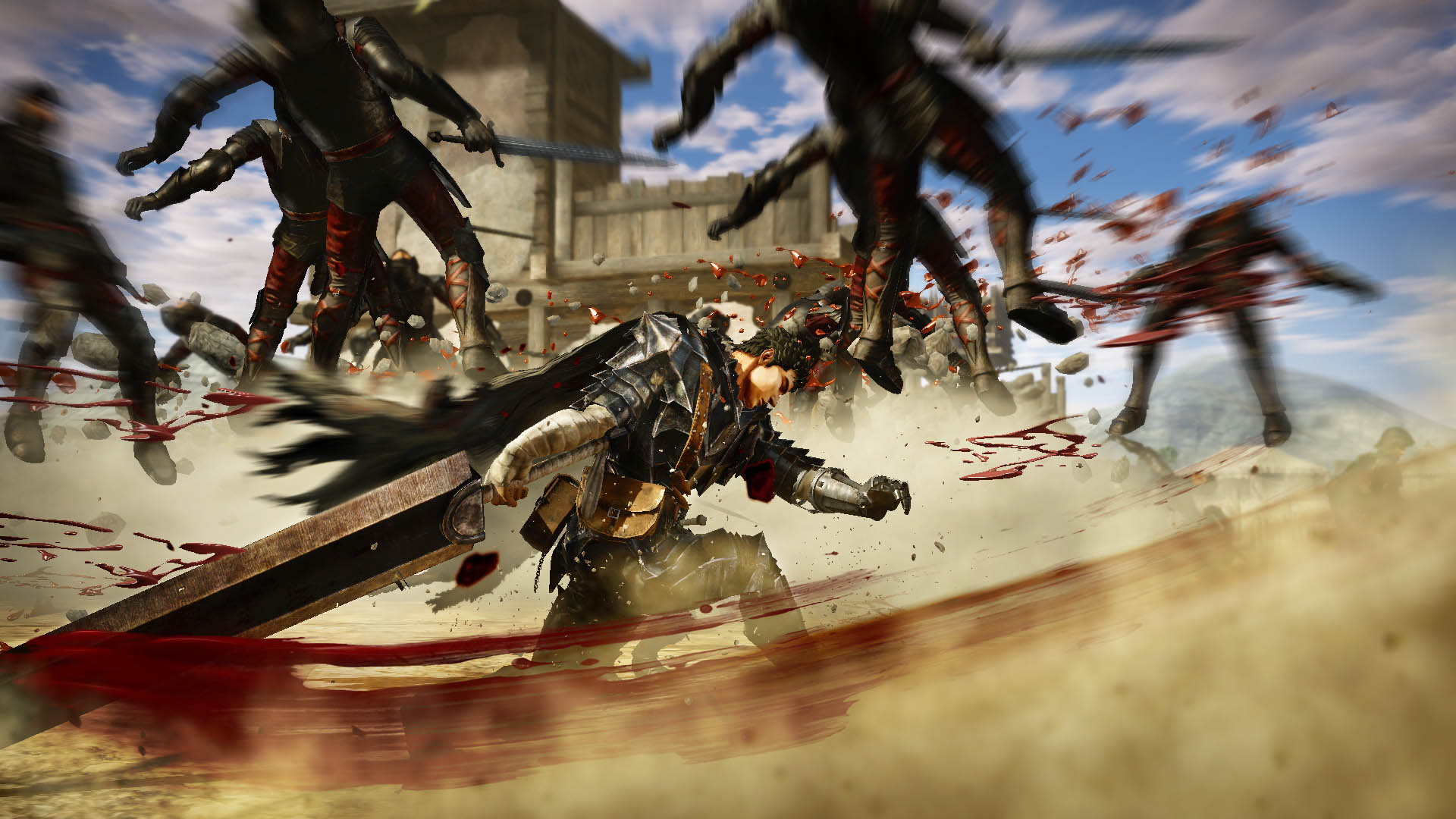 Koei Tecmo has confirmed to us today the upcoming release of Berserk (working title), Omega Force’s most brutal Warriors title to date based on the iconic manga and anime series Berserk. Slated to release this fall for the PlayStation 4, and digitally for the PlayStation Vita and Windows PC via Steam, Koei Tecmo’s interactive entertainment rendition of Berserk will closely follow the events of the most well-known story arcs from the iconic manga’s narrative, focusing on the daring and heroic life of Guts as he cuts his way through a sinister realm of magical and demonic fiends. 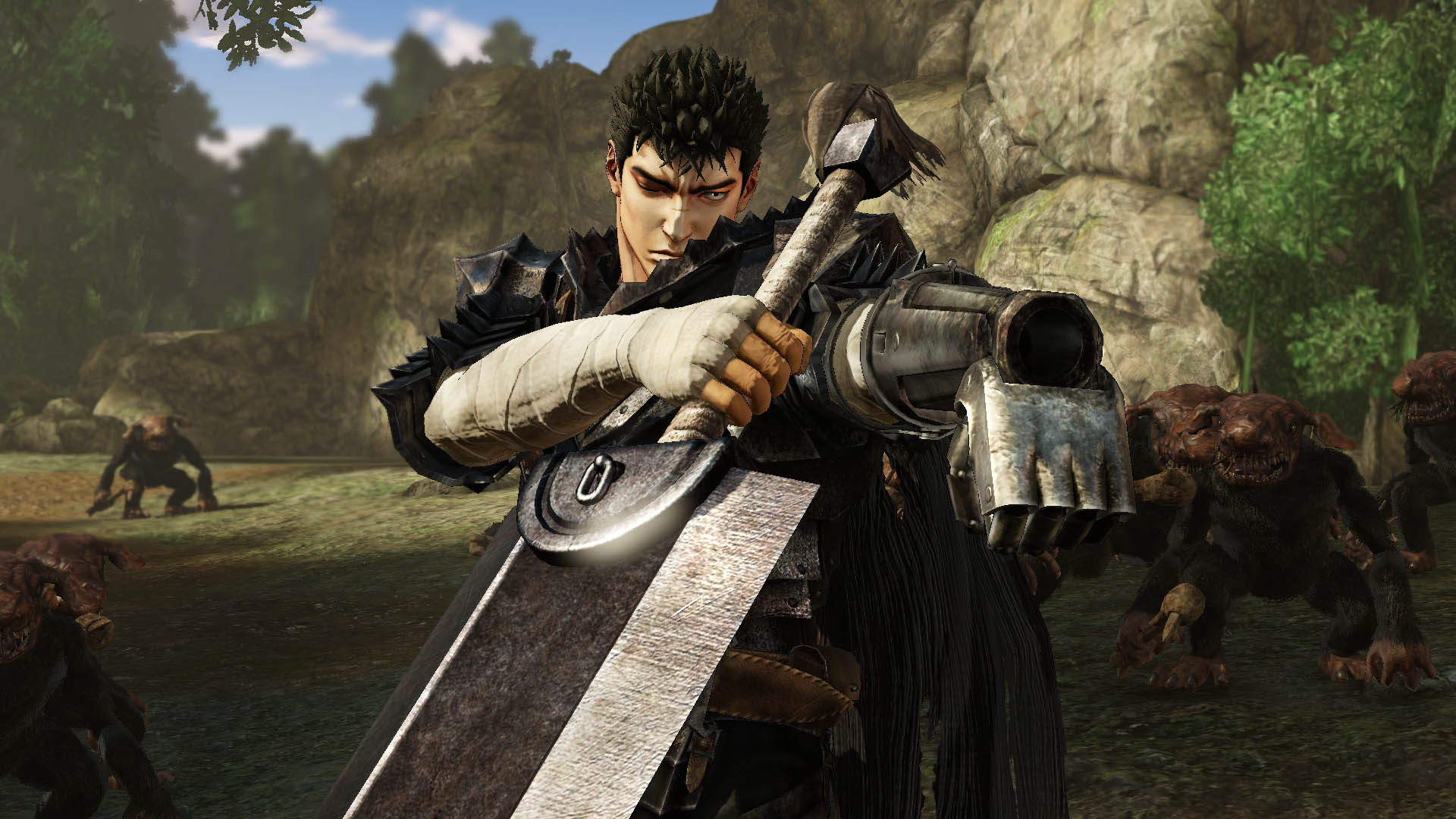 Berserk (working title) will fuse the signature ‘one versus thousands’ style action of the long-running Warriors franchise with the grim and gruesome atmosphere of the world of Berserk. As players harness the power of Guts’ Great Sword and utilise the swift and agile swordplay of Griffith to slash and smash through hordes of enemies, players familiar with the Warriors series will be able to feel the difference in gameplay through the way each character handles combat. The game will also incorporate various battle mechanics to better bring the world of Berserk to life, such as Magic and Transformations.

Written by Kentarou Miura, Berserk is a world-renowned series set in a world enveloped in darkness and deception. Its profound story is told through the lives of its fascinating characters, focusing on Guts, a lone mercenary, and Griffith, the leader of a mercenary group known as the ‘Band of the Hawk’. With mind-blowingly detailed drawings, visceral themes of human nature, and gripping storytelling, Berserk has fascinated and influenced many fans worldwide, placing it at the pinnacle of the dark fantasy genre. 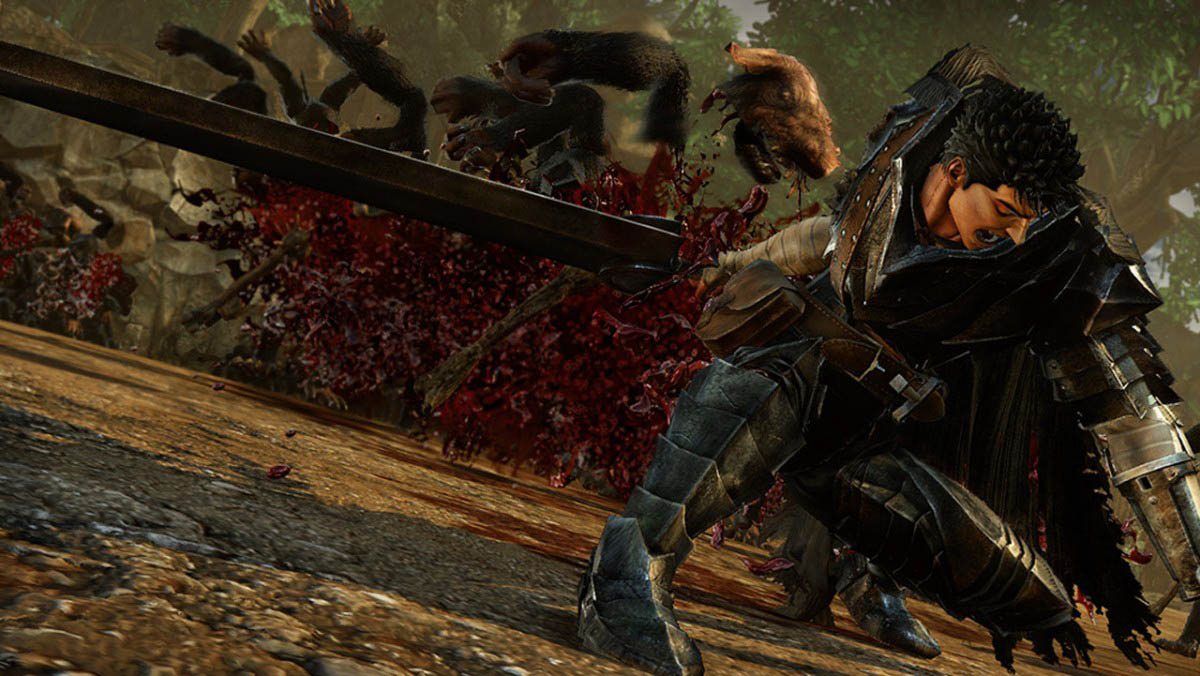 Hisashi Koinuma, President of Koei Tecmo Games and Producer of Berserk (working title) has released the following statement; “We are finally able to unveil our collaboration between Berserk and the Warriors series. In this game, players can experience and immerse themselves into the world of Berserk as the main character Guts, wielding his powerful weapon Dragon Slayer mercilessly slashing enemies in half, and through the massive story beginning with the Golden Age arc. The game content will be enjoyable even to those who don’t normally play games, so we hope all fans of Berserk will give this game a go. Become a member of Guts and his group, and experience the exhilaration of the most lethal Warriors game within the intense world of Berserk.”

Berserk (working title) is currently in development by Omega Force and slated for a Fall 2016 release. We will have more information about the game’s plot, original content, and playable characters will be unveiled in the coming weeks.