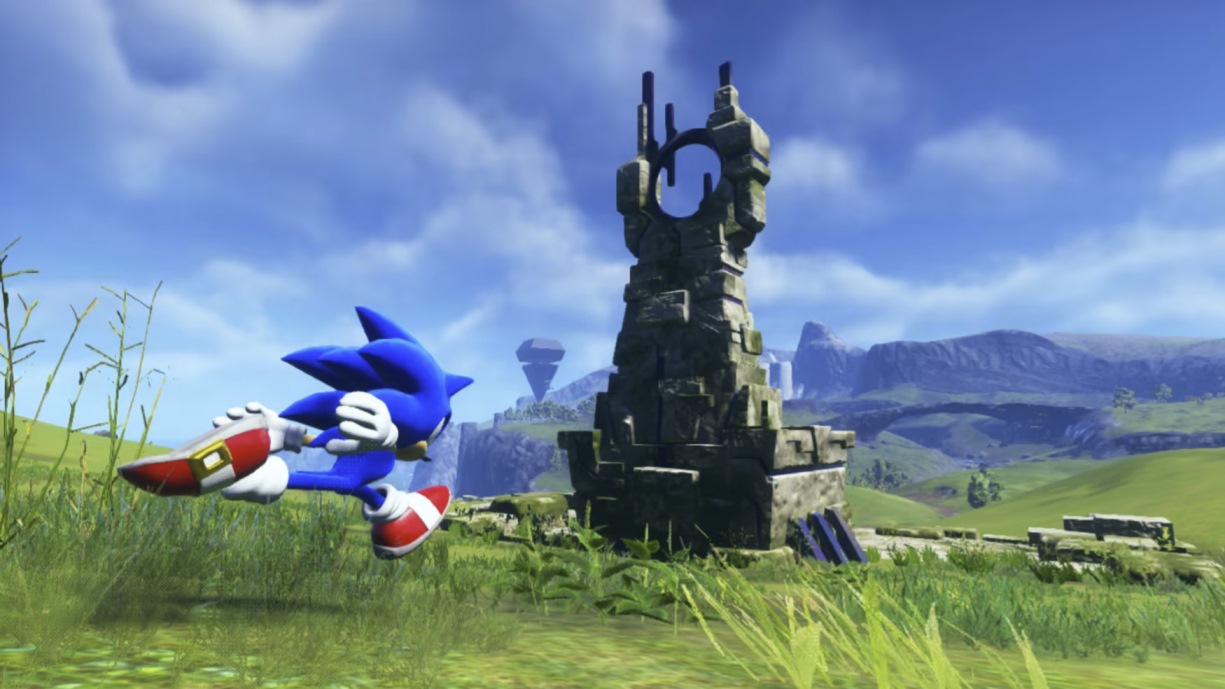 The one and only blue spiked speedster is back again in Sonic Frontiers.

From Action mode to Speed style you’re in for one excellent ring collecting lightning fast adventure.

Dr. Robotnik is up to no good once again, trying to harness the power of the Ancients. But it doesn’t quote go according to his plan.

Ripples and portals cause chaos throughout their world with Sonic being the key to undoing the glitches that continue to appear. 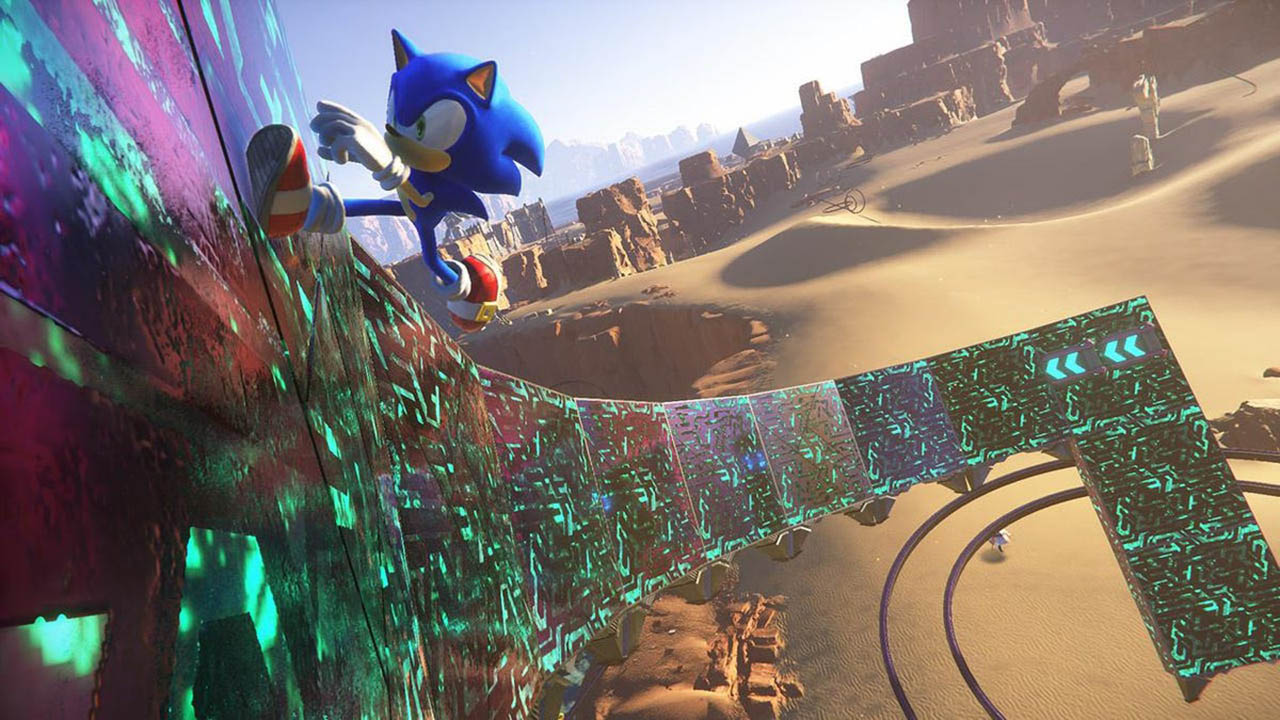 Tails and Amy have been lost somewhere in this glitching cyber space on what is your free-to explore Starfall Islands, so Sonic must locate all Chaos Emeralds and defeat all Titans to save them and restore normality.

But to get the Chaos Emeralds you’ll need to complete challenges to obtain Vault Keys.

Levels and core gameplay are exactly what we have come to know and love from latter Sonic games.

A 3D multi-tiered environment with speed boosts, enemies to chain attack, switches, pullies with red star and rings to grab. 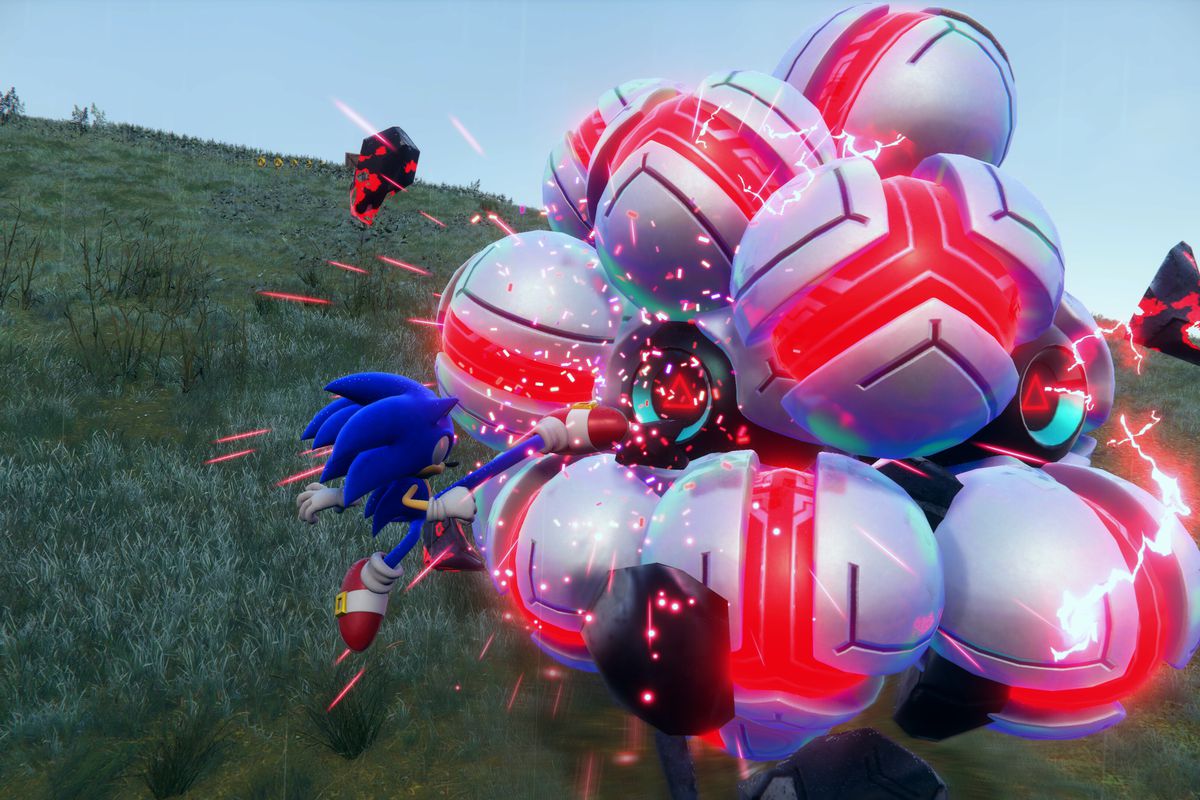 Perform homing attacks on foes to gain Skill Pieces. Get enough of these and you can teach an old Sonic new tricks via a Skill tree.

Larger baddies, such as Guardians will drop items that are crucial to you being able to move forward and progress through the map, that you will reveal bit by bit. A certain number of items maybe required for you to unlock a portal to the Digital Dimension, where there’s a level challenge waiting.

The portal levels are short and almost like the Sonic of old. You are scored at the end of each Digital Dimension round on time taken, rings collected and any bonuses or hidden goodness you may have found. 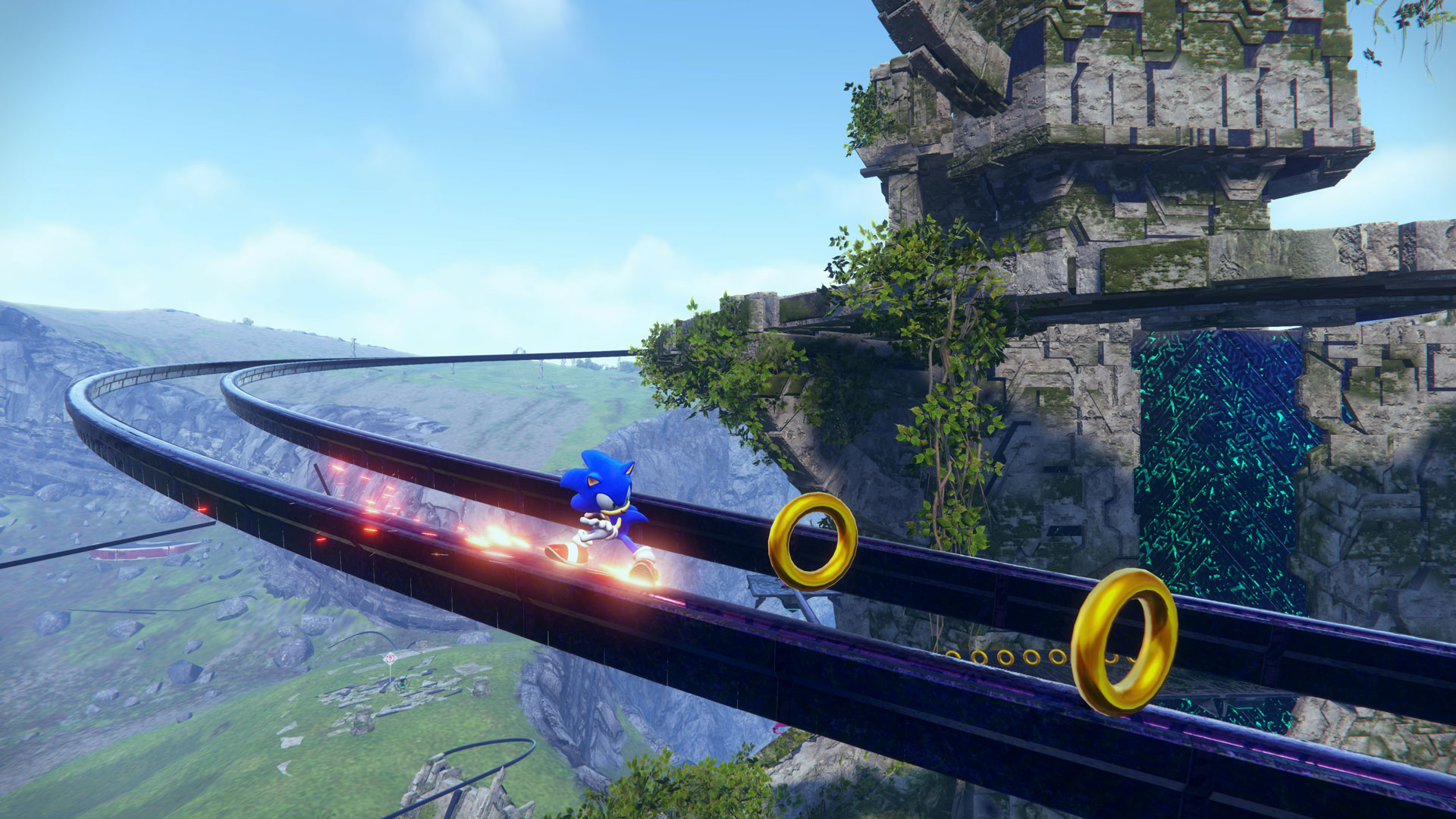 Sonic Frontiers promotes wide exploration of the Islands. From rails to grind on and air based Rings to power through, Sonic has a few new moves, such as the Cyloop which you will use Sonic’s blue power to draw shapes in order to complete an objective.

Overall Sonic Frontiers is one hell of a ride where you just feel the need for speed in everything you do.

Sega have added an alternative spin mixed with the tried and true signature Sonic feel with Sonic Frontiers, making it a definite for the fans and one of the best Sonic games yet. 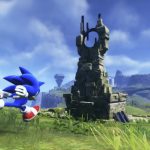