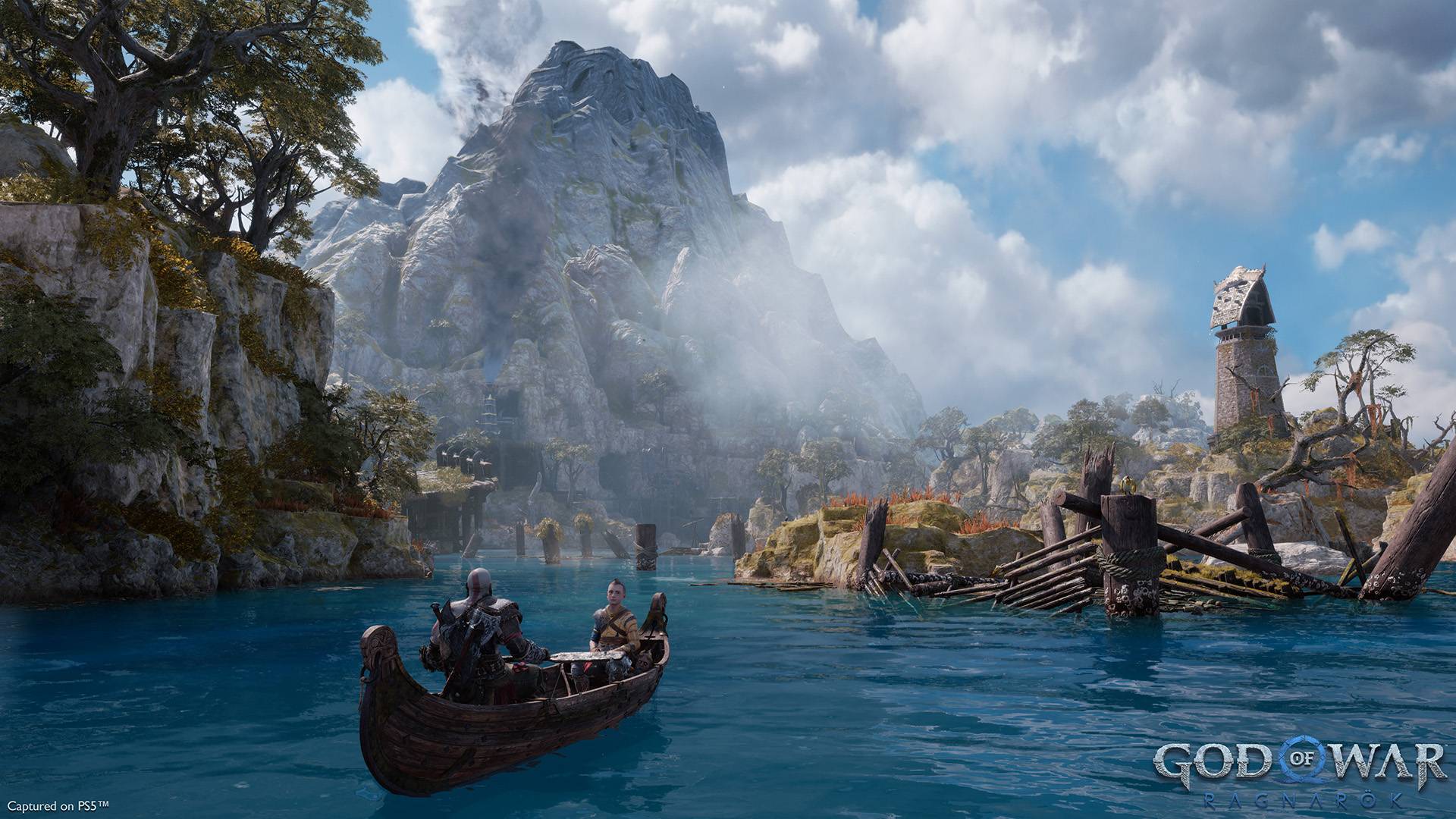 God of War Ragnarök is almost upon us. I’ve been playing a preview of the new PlayStation 4 and PlayStation 5 game and what follows are some of my early impressions of the first few hours of the game.

To the uninitiated, God of War Ragnarök is the latest game in a franchise that goes all the way back to the PlayStation 2. There were known for their button-mashing combat and, later in the series, their huge set pieces. The games follow Kratos, a former Spartan soldier tricked by Ares into killing his family. The original games up to the fourth main game in the series, 2013’s God of War Ascension, had Kratos seeking revenge on the Greek gods of Mount Olympus. 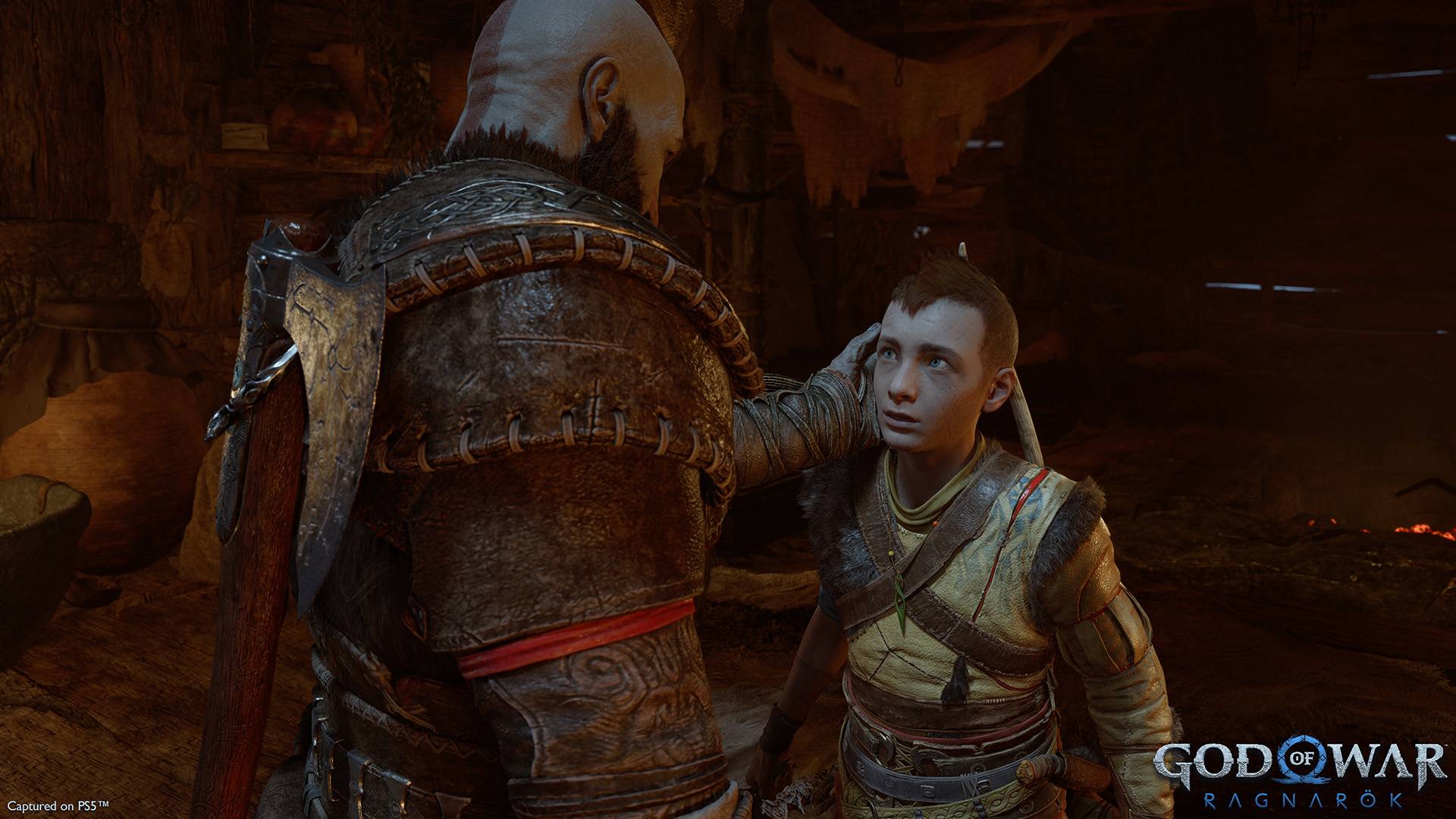 For 2018’s PlayStation 4 reboot (of sorts), simply entitled God of War, Sony’s Santa Monica Studio set out to reinvigorate the series switching things from Greek mythology to that of the Norse. Utilising the power of Sony’s new console, the game was injected with richer characterisation and a more cinematic narrative, all the while retaining the visceral combat of the earlier games. The fixed camera was also swapped for a more modern, free-look, over-the-shoulder view.

The 2018 God of War is set some years after Kratos defeated the Olympian gods. The game starts with Kratos and his young son, Atreus, cremating his second wife, Faye. As per his wife’s wishes, the pair set off to spread her ashes from the highest point in the Norse nine realms. 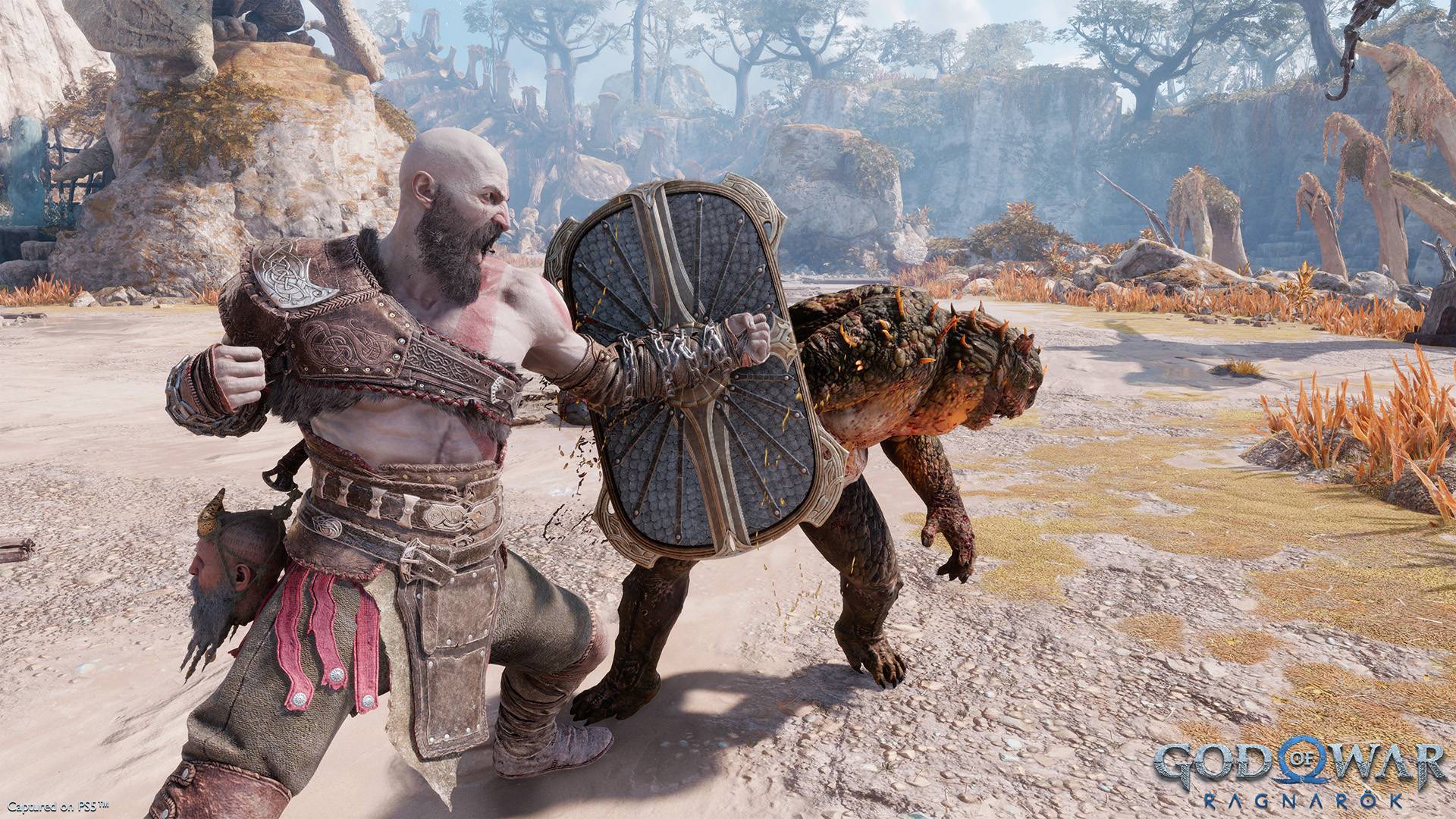 Whilst I’d still recommend you check it out (as it is awesome) you don’t need to have played the previous game to enjoy the new one. God of War Ragnarök has an optional short, animated recap that gets players up to speed.

With the events of 2018’s God of War bringing on the cold of the Fimbulwinter, the end of the world, Ragnarök, draws near as we re-join Kratos and his son, Atreus. It’s clear that some time has passed, evident from Atreus now being a teenager.

There’s really not a lot of detail that I can share with you at this point. But the story draws very much on the events of the last game. Kratos and Atreus have not made much in the way of friends amongst the Aesir, having dispatched a few of the Norse gods during their last outing. 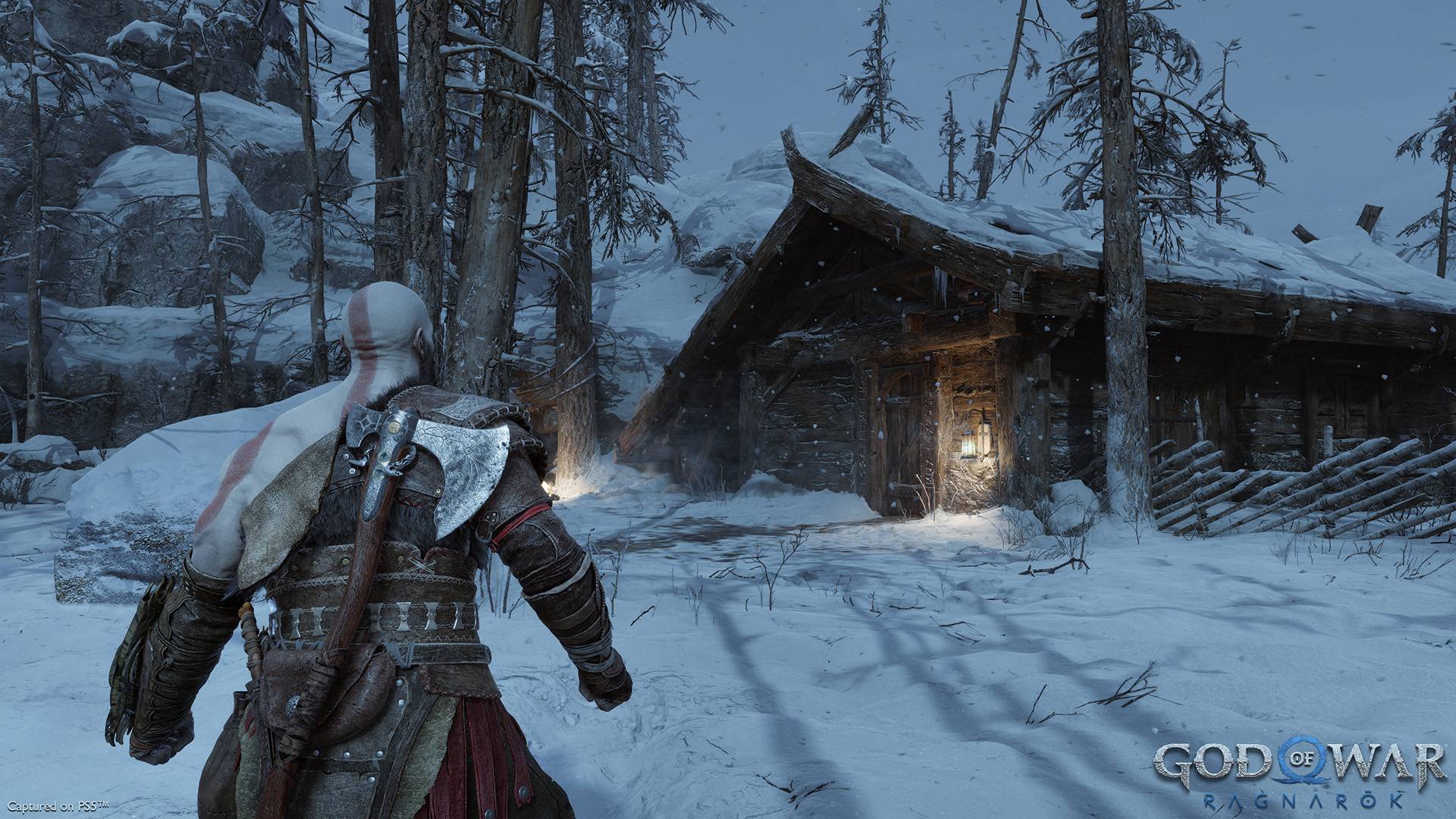 God of War Ragnarök starts with father and son aboard a sled being pulled by dogs. Freya, their former ally is in pursuit, still out for vengeance, following the death of her son, Baldur at the hand of Kratos. You are immediately pulled into the game.

The incidental conversations between Kratos and Atreus provide an insight into how the relationship between father and son has developed as Atreus has got older. He is a little bit more independent in his thoughts than before. It’ll be interesting to see how this continues to develop as the game progresses. 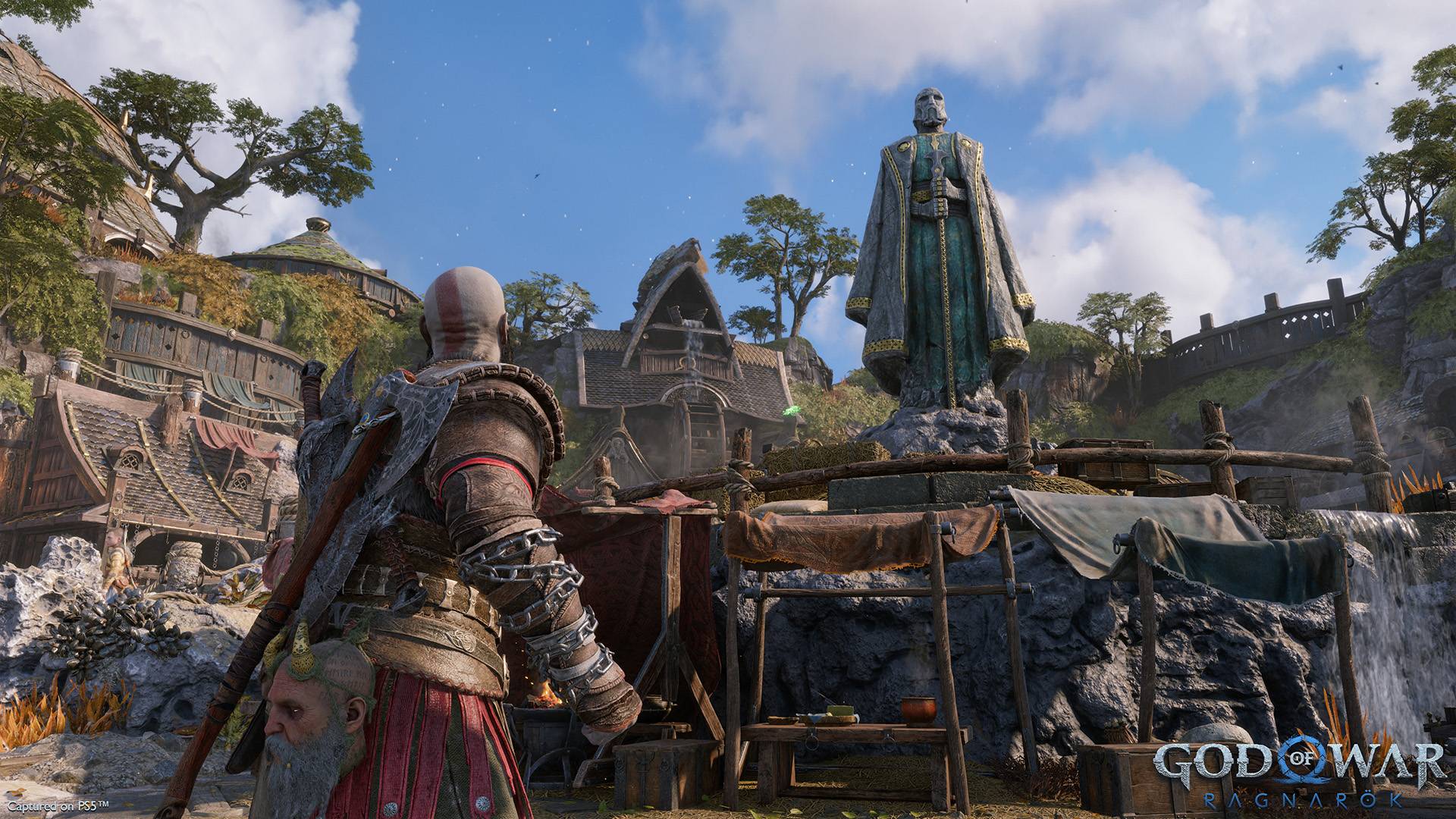 The early hours of the game featured a few boss fights that highlighted just how out of practice I was with God of War’s combat. On normal, they were not hard, but I could have done with a bit more in the way of pointers. A battle with a huge bear serves as a prelude to an epic fight with the god of thunder, Thor, himself. As with its predecessors, it would seem that the boss battles will be more than just complex fights and more along the line of breathtaking set pieces. The Thor battle had me dodging lightning and avoiding the thunder god’s bloody great hammer.

Santa Monica Studios are not pulling any punches. In my few hours with the game, I met some iconic characters, engaged in epic battles, and enjoyed some beautifully crafted environments.

As in the last game, Kratos and Atreus are joined by the disembodied Mimir, the smartest man alive, offering critique and pearls of wisdom. The dwarfen brothers, Brok and Sindri, are reintroduced early on reprising their role in equipping and upgrading the father and son’s weapons and armour. 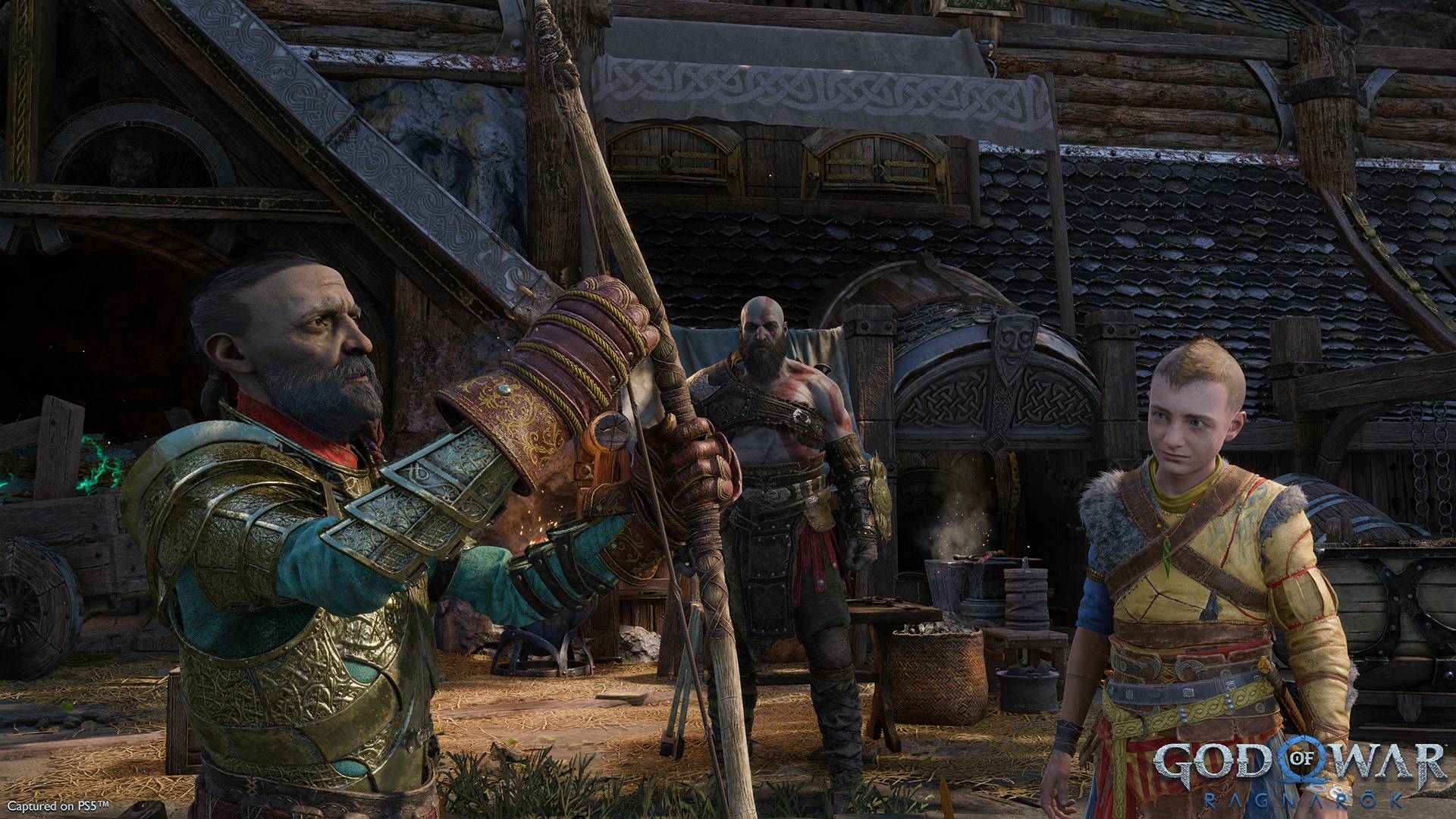 The visuals look like they’ve had a bit of a tweak for the PlayStation 5. There’s the option of selection of selecting performance over quality, as seems to be the norm with Sony’s first-party games. I settled with the higher frame rate there being little noticeable difference in fidelity on my 42” 4K TV.  There are also many accessibility options, which is good to see.

My favourite new PlayStation 5 feature is the often-overlooked adaptive triggers of the Dualsense controller. The trigger resistance really gives some weight to Kratos’s weapons during combat.

Playing this early part of the game, God of War Ragnarök looks and feels very much the same as its successor. Which isn’t a bad thing at all. It was a welcome return to a series that I’ve been enjoying for years.

It’ll be interesting to see how the fans react when God of War Ragnarök releases next month.