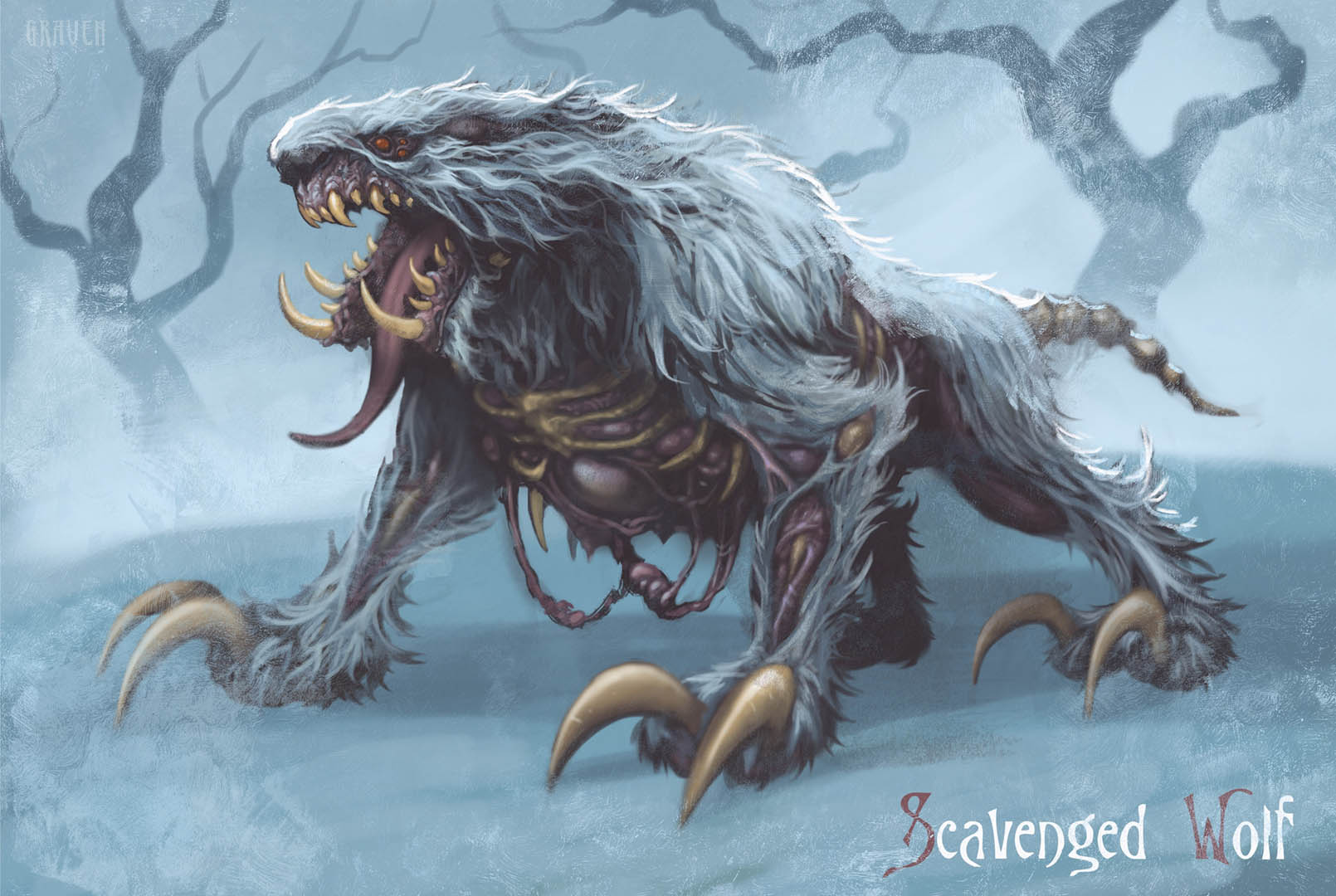 There are now enough first person shooters that ape the aesthetics, gameplay and level design of mid 1990s shooters that they have been given the somewhat-derisive nickname of “boomer shooters.”

I have looked at a number of these titles, praising them for resurrecting mechanics, design considerations and aesthetics lost in the transition to more cinematic experiences pioneered by titles such as Medal of Honour and Call of Duty.

3D Realms has been at the forefront of this revival, with previous hit Ion Fury (nee Ion Maiden) taking on the Duke Nukem-style heritage. Now, they are back with the first sections of Graven, a spiritual sequel to the legendary Hexen II. 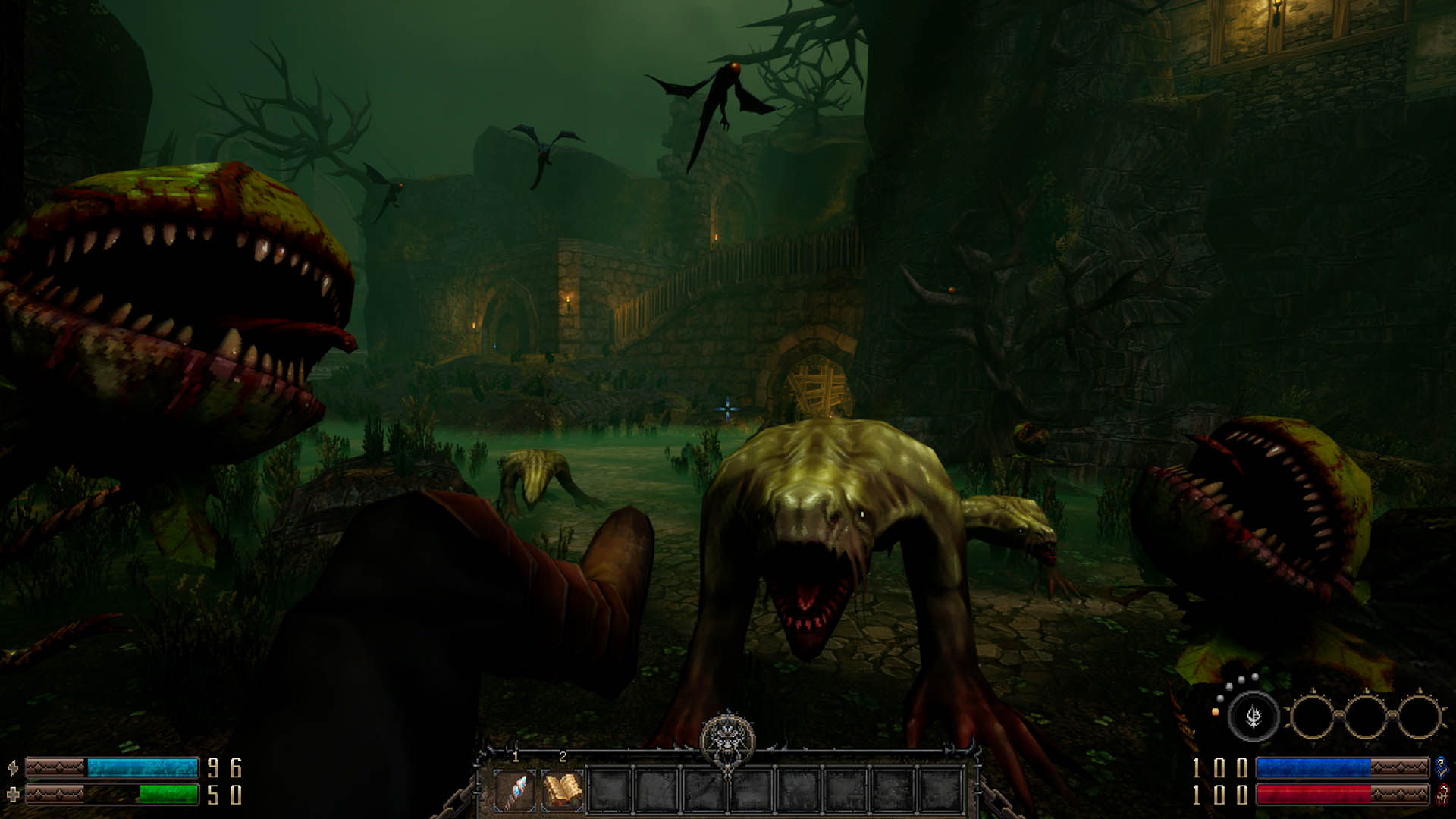 The setup to Graven is relatively simple.

You are a priest, outcast from society, and find yourself in a slowly-disappearing town in the dark swamp. With only the vaguest of directions, you are set upon a cursed world where you will use magic, swords and an assortment of other unique weapons to take down the terrors devouring the landscape.

The fantasy setting for Graven is straightforward, though does leave an impression.

In this initial early access release there isn’t much to do in town or to people interact with, except for the slightest of conversation to set you down a path into the first few areas. Instead, what strikes you is the visual style – a unique mix of PS1-era graphics with modern lighting techniques and gameplay accommodations. Out of all of the boomer shooters I have played, Graven has what I feel is the best mix between the old and the new (though Amid Evil’s ray tracing update certainly is impressive on the right hardware). 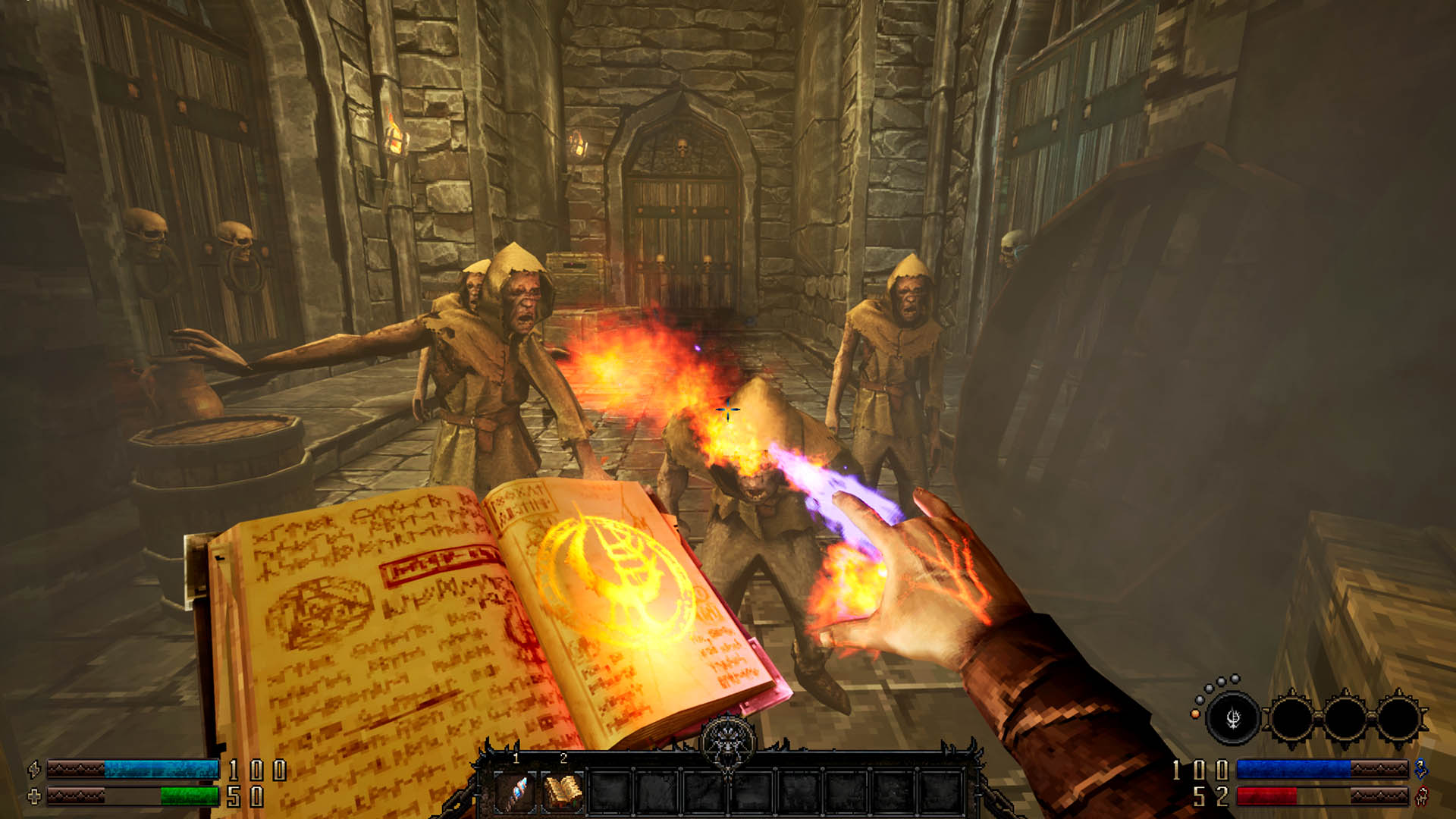 At early access launch, the game contains four quests to complete, which took me about 2.5 hours to finish up.

It isn’t a huge amount of content, but does cover a number of large areas and puzzles. It slowly introduces new weapons and mechanics, and by the end I felt I had a decent range of capabilities that gave me a bit of an insight into what to expect in the full game.

In Graven you’ll have to switch it up between melee and ranged combat relatively frequently, and with this comes strategic decisions about which enemies to take out in which order.

I did have a number of issues with the game at launch, but happily since finishing the early access content and writing up this piece, the developers have gone back and addressed nearly all of them, and the team seems to be genuinely looking at playing feedback and impressions when considering further refinements. 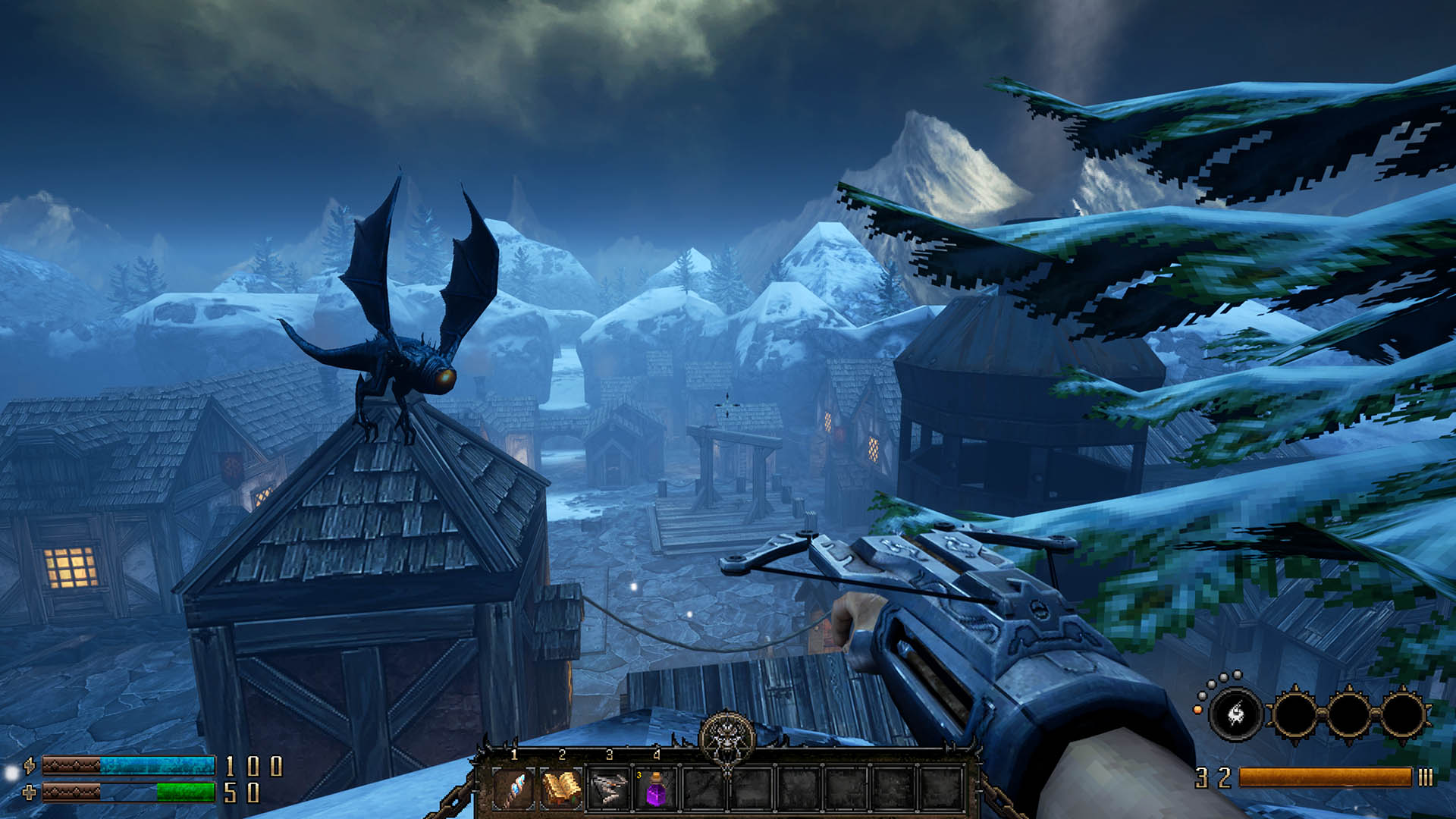 For example, the Discharge spell has been added back to the game after making an appearance in an earlier public demo of the game on Steam.

As with all these early access games, how the final product evolves is still to be seen. So far, this has been a small but intriguing taste of what the full game may offer.

Wide environments, environmental puzzles and metroidvania style gating of progression all come together to make for a very different type of shooter than most on the market today.

Excellent entries such as this is why boomer shooters have had a marked resurgence, and why I am excited for Graven’s future. 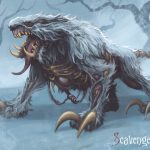