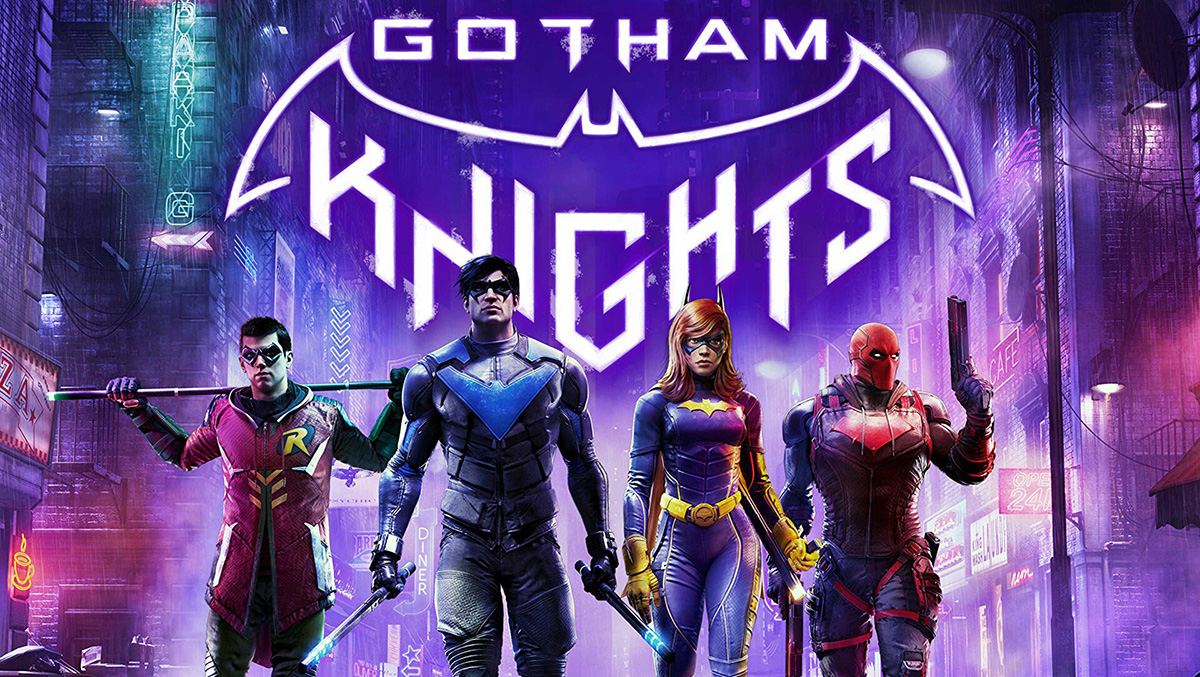 Batman is dead, killed during a fight with one of his deadliest enemies, Ra’s al Ghul, in the opening moments of the game. This is a polarising introduction that is likely to upset fans of the Batman: Arkham games expecting a continuation of the Rocksteady Studios franchise.

With Batman deceased (as well as Commissioner Gordon) this a very different Gotham than the one we know. Crime is rampant and the Gotham City Police Department is no fan of mask vigilantes. It’s up to a collection of Batman’s former proteges, Nightwing (Dick Grayson), Red Hood (Jason Todd), Robin (Tim Drake), and Batgirl (Barbara Gordon) to take up the mantle as Gotham City’s protectors. 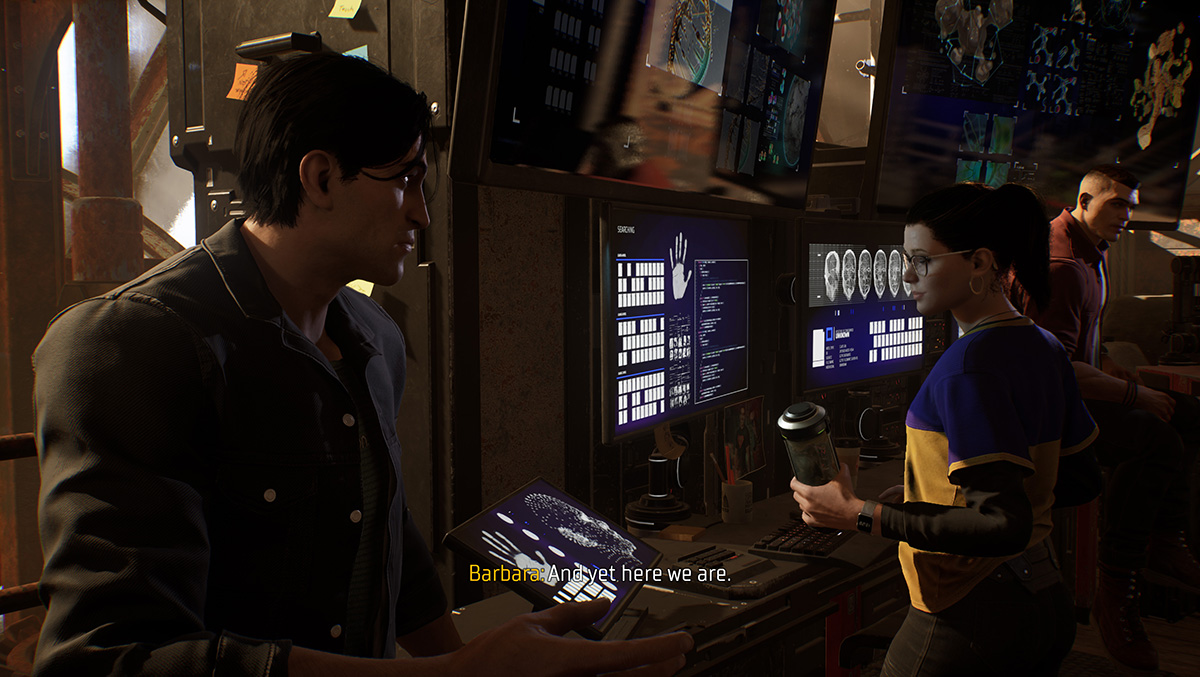 What we have with Gotham Knights is a Batman game with no Batman. Which is a bit of a red flag. But it does give up the opportunity to patrol Gotham City as four very Batman-like characters with drop-in drop-out two-player gameplay and the promise of four-player multiplayer in the future.

Gotham Knights is an open-world action-adventure game played from a third-person perspective. Players grapple, glide, and ride a motorcycle around a meticulously detailed recreation of Gotham City. The streets are filled with packs of criminals that are up to no good and won’t hesitate to attack.

The main story has the team continuing Batman’s last case. The clues lead to a sinister group that has controlled Gotham City since its founding, The Court of Owls. Like the original Batman: Arkham Asylum game, Gotham Knights delves into the city’s mysterious history. This main plot takes players off the city map and into some spectacular subterranean locations and other arcane locales. 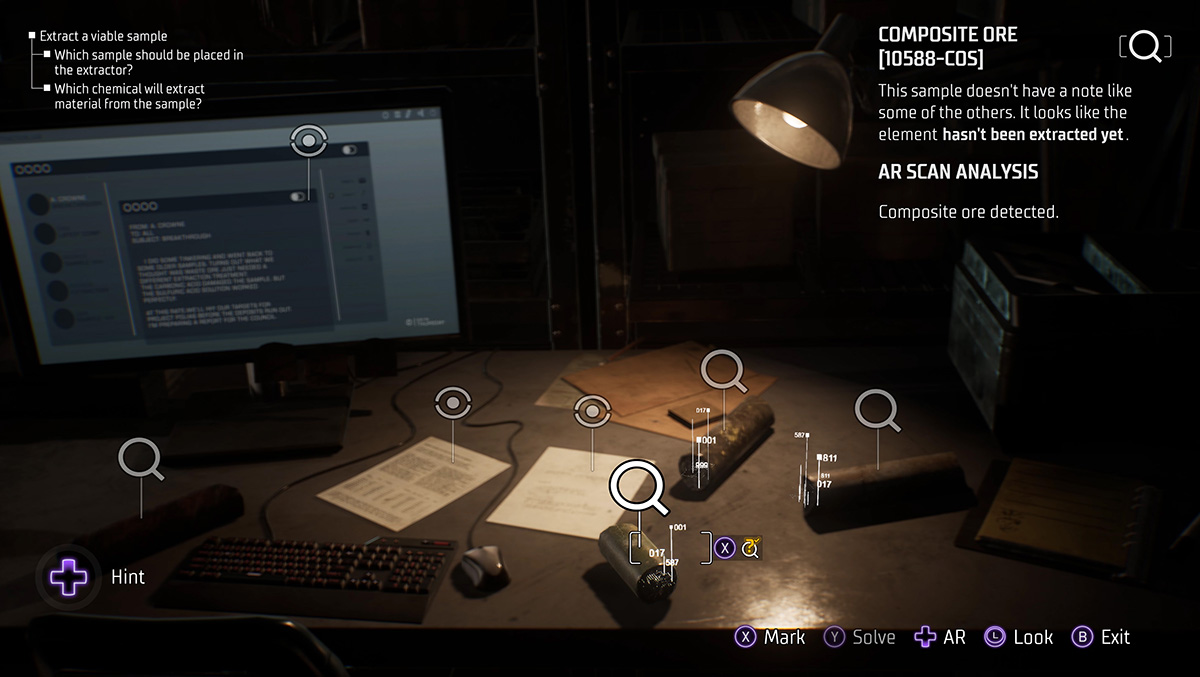 Similarly, there are other side missions that, again, have players investigating interior locations, such as the infamous Blackgate Prison, as well as the haunts of some of Batman’s most notorious adversaries. Whilst not the main villains of the game, it’s nice to see the likes of Harley Quinn and Mr. Freeze in the game.

The four heroes, aided by Bruce Wayne’s former butler, Alfred, work out of Barbara Gordon’s base of operations located in the belfry of the Gotham Central Station clocktower. Here, with the help of the bat computer, they examine clues and craft equipment upgrades. It is here that players can also switch between the characters.

A lot of time is spent on nightly patrols, with the team interrupting the bad guys as they carry out assorted crimes across the city. Stopping criminals, analysing crime scenes, and interrogating gang members reveals premeditated crimes on the map, from kidnappings to bank robberies. Defeating gang members and thwarting crimes gains XP and loot which can be used to upgrade abilities and craft new equipment. 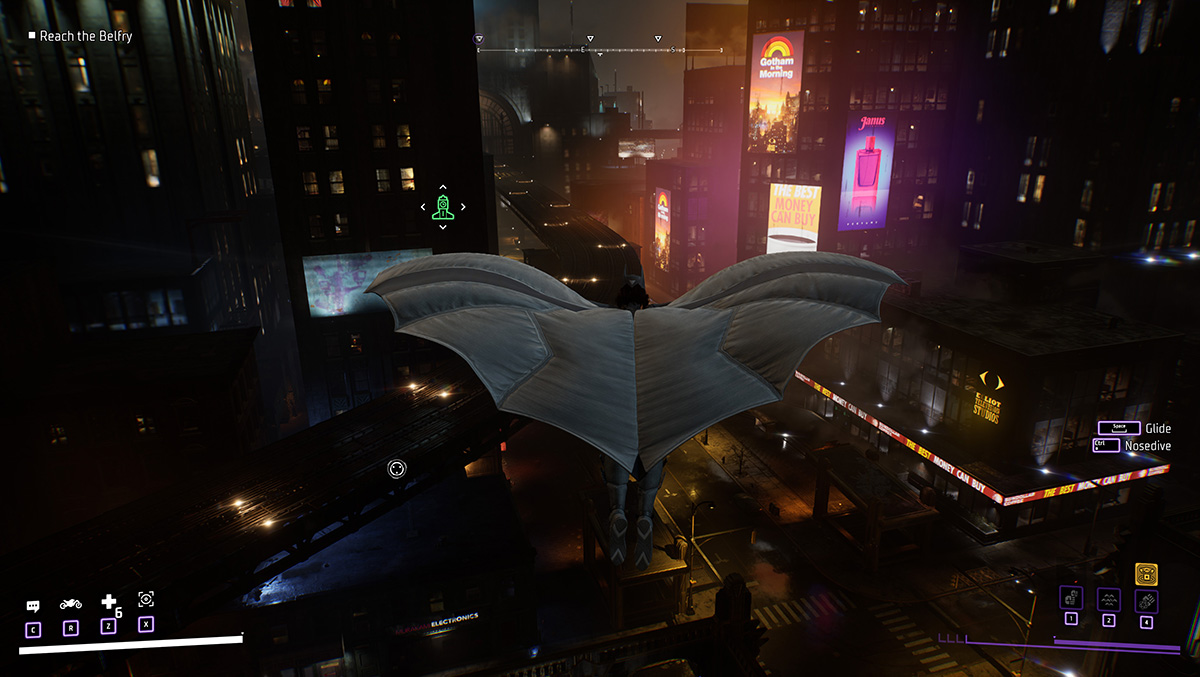 The game is a bit slow to start. Players are initially faced with a fairly empty map of Gotham and a character with only very basic combat abilities. Whilst likely designed to avoid overwhelming players, it is a bit disconcerting, especially if you’ve played the other open-world Batman titles. But as the game opens up, things improve considerably.

The map soon starts to fill up. Giving players a huge choice of activities. Crimes, missions, and challenges are all marked on the map. Target locations can be marked with a waypoint that highlights the most direct route on the ground when travelling via the character’s motorcycle. There are also fast-travel locations that can be unlocked later in the game if the scenic route isn’t for you.

To gain some pretty rudimentary abilities, a series of tasks need to be undertaken. Once you’ve passed these Knighthood challenges faster city traversal options open up. It’s the same with unlocking momentum abilities and opening up a repertoire of powerful charged strikes. 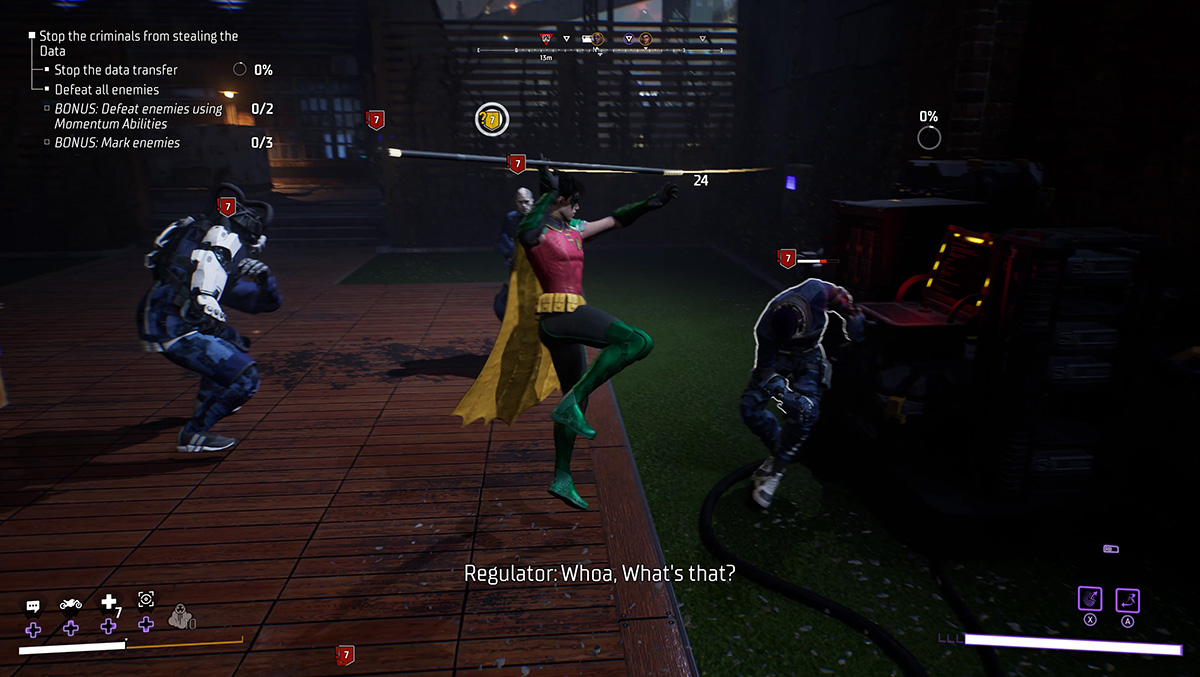 A full wardrobe of suits that can be unlocked for each character using resources looted during patrols. They also each have a melee weapon and a ranged weapon that can also be ungraded. Mod chips can further augment equipment. There’s a massive amount of depth to be had in the game by just upgrading equipment and abilities to suit individual play styles.

The combat is virtually identical to that of the Arkham games, but with each of the four playable characters having unique traits. Slow, strong hits do the most damage, whilst quick hits allow for some good combos. There are also powerfully charged momentum moves for dealing lots of damage or getting out of a tight spot. Characters are often attacked by multiple enemies at once, so there’s plenty of dodging to avoid blows. Stealth is often the best option, silently picking off the enemy one by one like the predator sequences in the Batman: Arkham Asylum.

When things got going, I found traversing the city using the grapple and Batgirl’s glide ability to be a lot of fun, not as much fun as in the Spider-Man game, but still fun, at least as fun as Batman: Arkham Knight. The motorbike was OK for getting around as well. 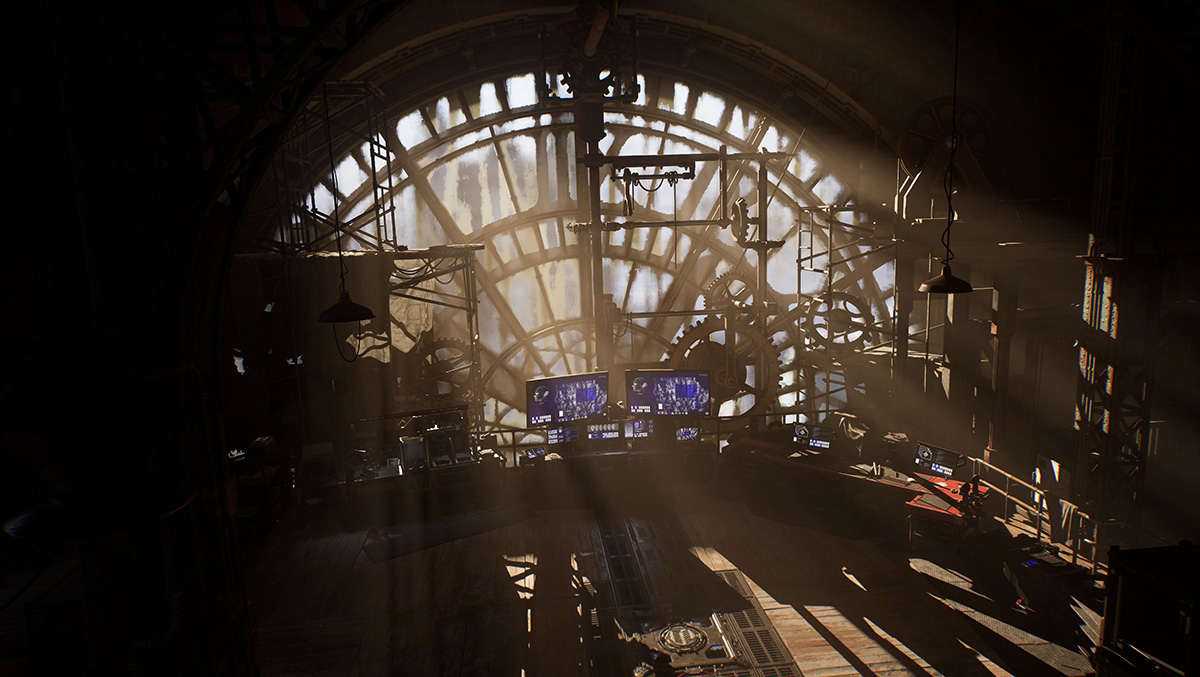 There were times when the combat got a bit samey. But again, as the game gets going and there’s more mission variety it feels less of a grind and more fun to play. It’s a game that I’d recommend players tackle in small chunks rather than one continuous session.

It’s not clear if you are supposed to pick a character and stick with it or chop about between them. I felt as if it was the latter, as the mission dialogue only refers to the current character, and not necessarily the one that completed the last mission. I suggest giving them all a go, picking your favourite, and sticking with them. If you do switch between characters, they will get allocated XP to bring them up to the same level, but you still need to unlock the Knighthood abilities.

Gotham Knights is a massive game with lots to do. Add in the drop-in/drop-out co-op multiplayer and the upcoming four-player mode and the game should have plenty of longevity and value for money. But the game is not without its issues.

You may have already read about the game running at “only” 30 frame-per-second on Xbox Series X|S and PlayStation 5. Running the game on a high-end gaming PC I was getting 100-plus FPS. But it wasn’t all plane sailing. Upon loading, the framerate did sometimes take a while to settle down, with a few minutes of stuttering, the likes of which I’ve not seen in years. And this is with an Nvidia RTX 3090. 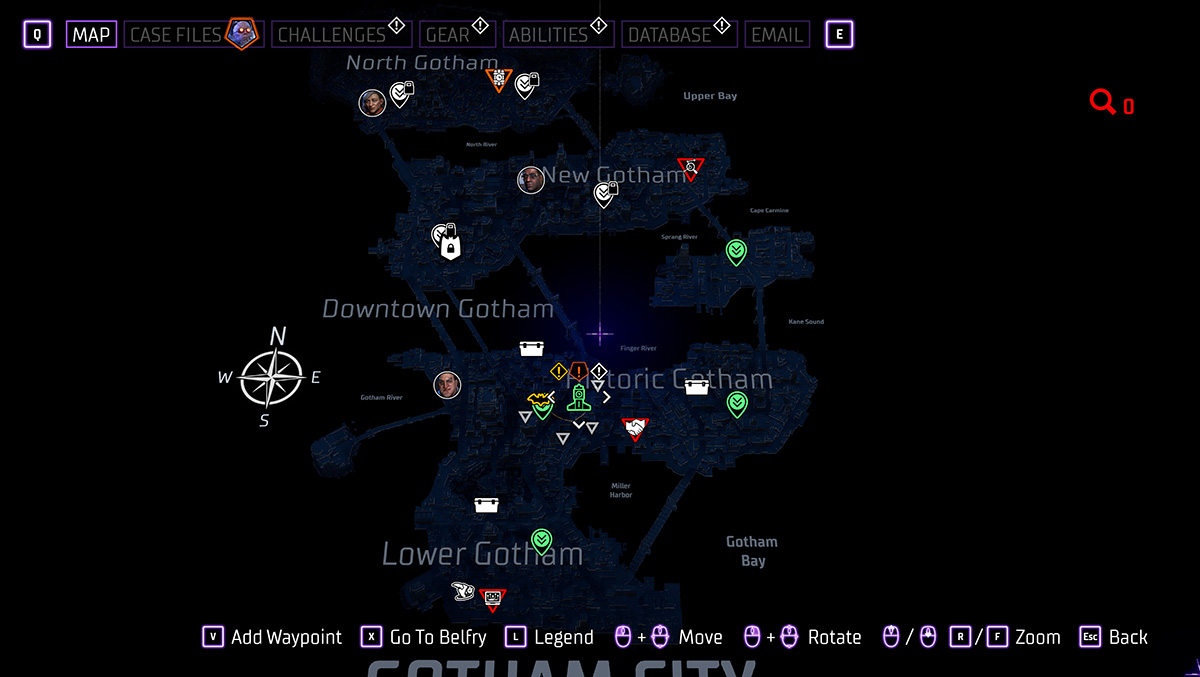 I still find it incredible that this is not a continuation of the Batman: Arkham games. It’s by WB Game Montreal, who have already played in Rocksteady Studio’s Arkham sandbox with Batman: Arkham Origins. Instead, this game is supposed to be loosely based on the DC comic series, Batman: Gotham Knights. This is all made even more peculiar as the gameplay mechanics are virtually identical to the Arkham games. Narratively it may not be a sequel, but in every other way, it certainly is.

A few annoyances and some optimisation issues have jaded what is a bloody good game if you give it a chance. Looking at it a different way, with Gotham Knights, WB Games is trying something a little more ambitious than simply regurgitating a winning formula. And I applaud them for that. It’s just unfortunate that the game sits uneasily in the shadow of the superb Batman: Arkham games.

Gotham Knights is a game worthy of your time. It’s a Batman game in all but name. If you enjoyed the Arkham games, you’ll likely enjoy this. 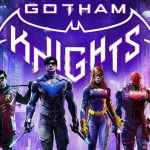 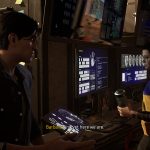 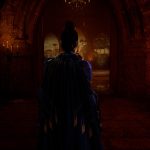 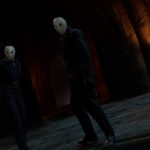 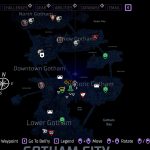 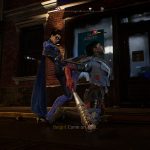 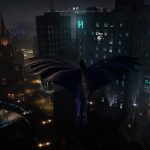 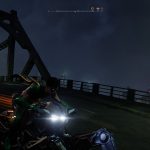 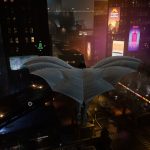 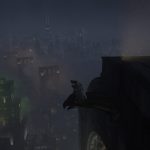 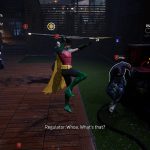 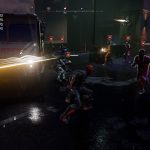 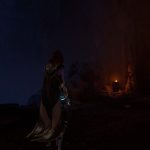 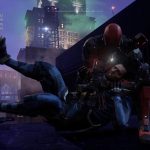 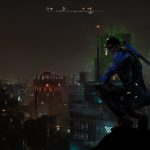 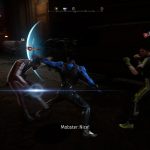 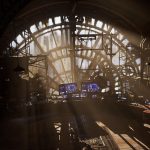 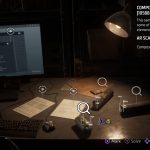