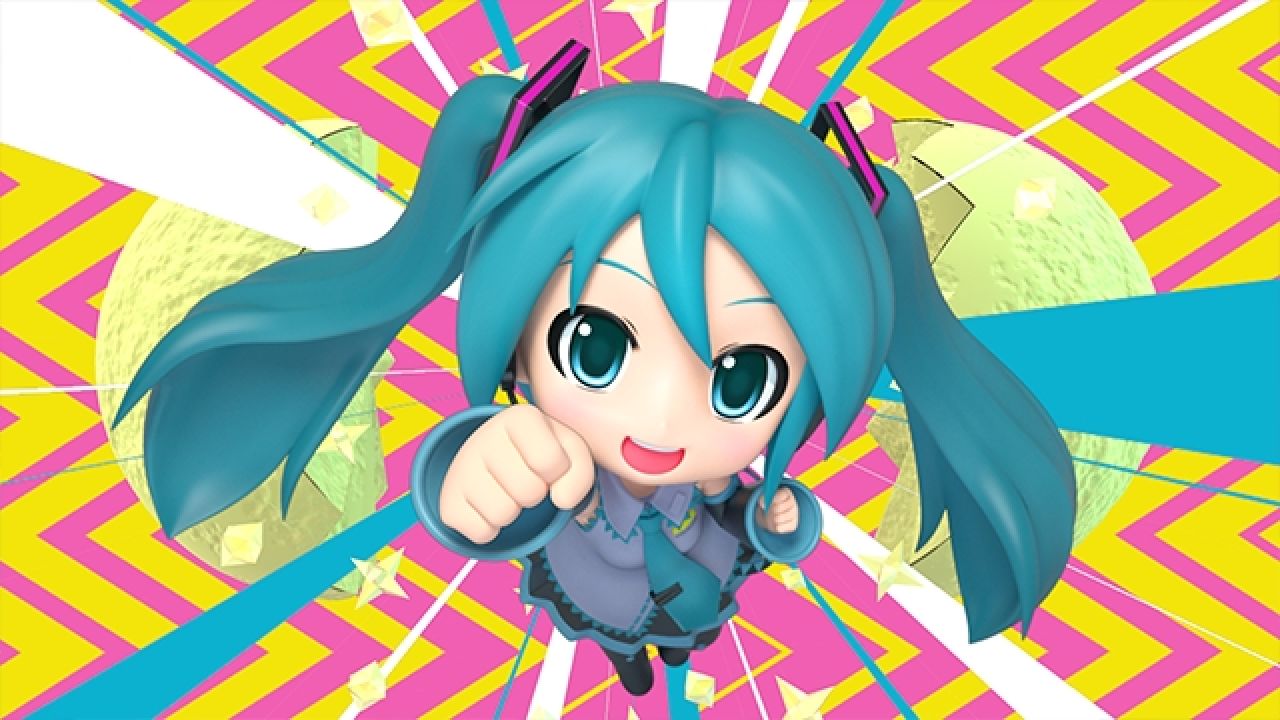 Just when I thought things couldn’t get any weirder I discover the bizarre phenomenon that is Vocaloid. This singing voice synthesiser software from Japan is extremely popular mainly thanks to its own entourage of characters that perform the created songs.

These humanoid personas have become virtual divas and even star in their own concerts and alongside actual singers. I guess it only makes sense that this craze would eventually spill out into music rhythm games. The latest instalment being HatsuneMiku: Project Miria DX on 3DS. 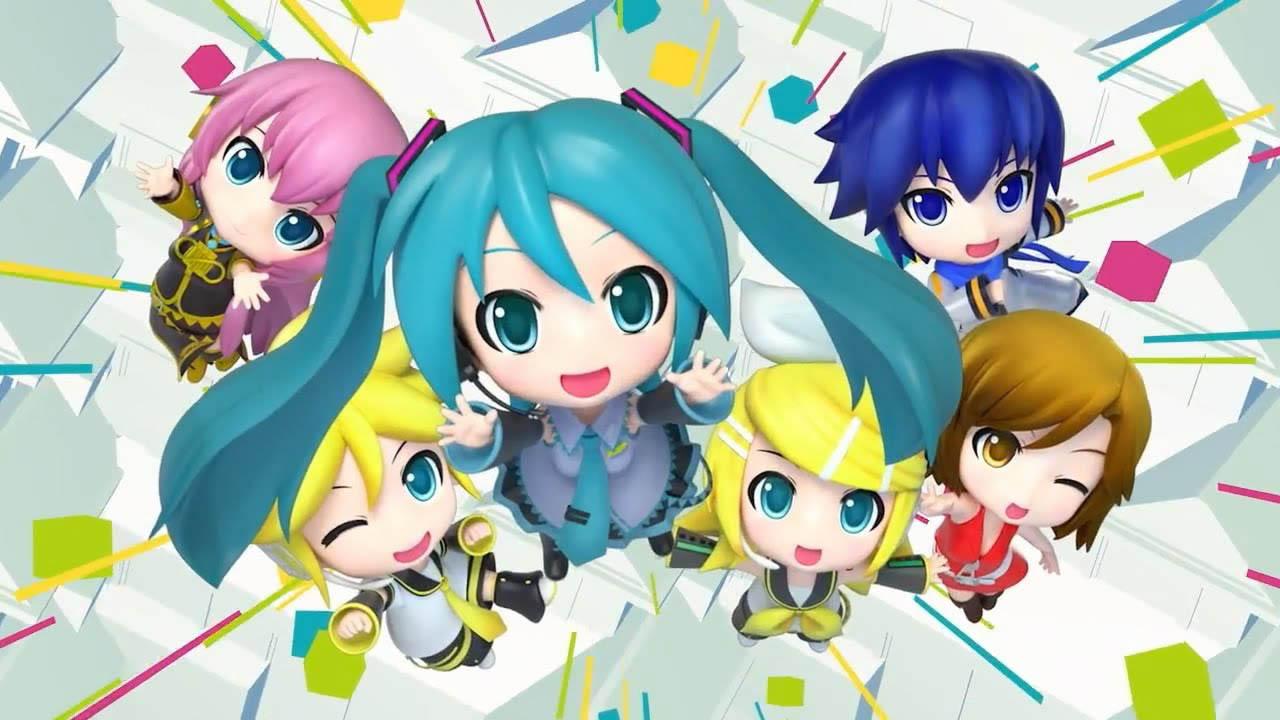 In HatsuneMiku: Project Miria DX you choose a music partner from one of six characters associated with Vocaloid. The most prominent and popular persona is that of 16 year old HastuneMiku so made sense to start off with her as my buddy in rhythm.

You are able to swap at any time to a different music partner but this makes no difference to game play.

Each song you play stars a preselected character so choosing or changing your partner is just there to give you the illusion of choice. This aspect has no real purpose in the game other than further incorporating the stars of the show… or music program. 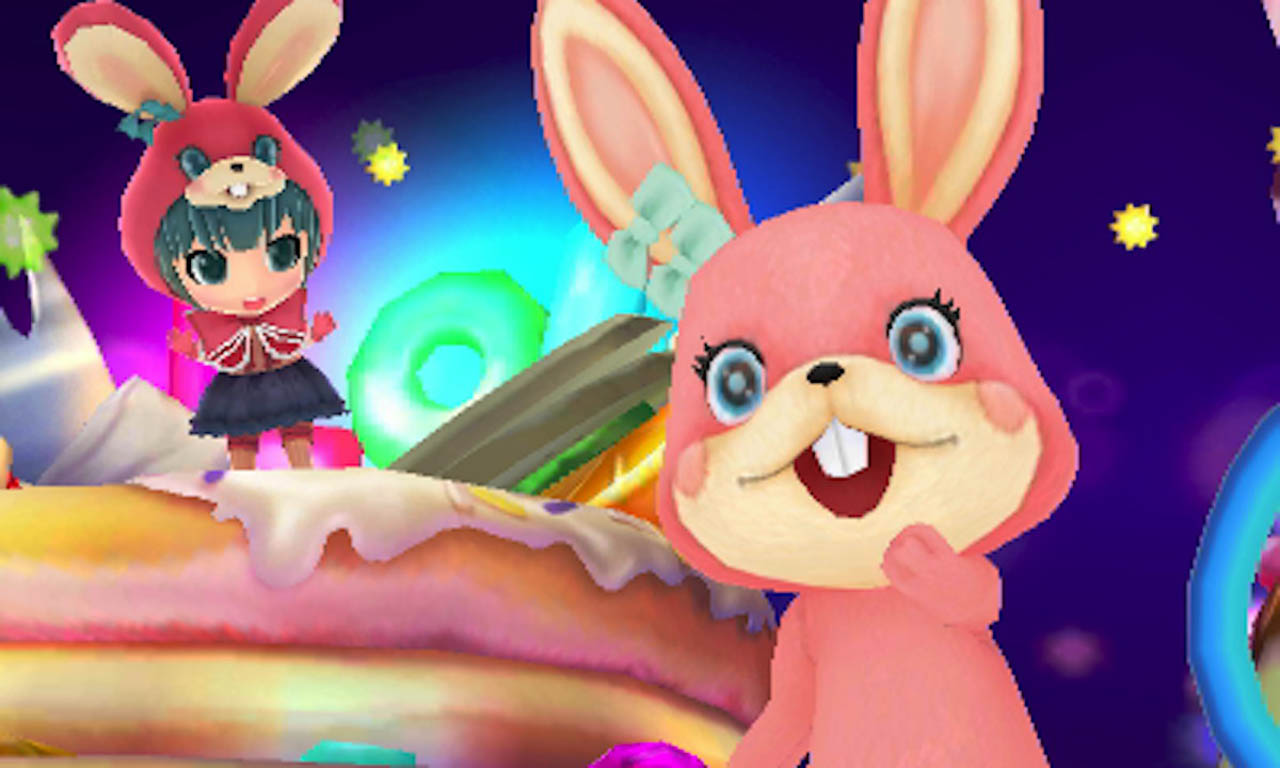 The menus are bright and have a rather childish palette and the rest of the visuals follow suit. The model art style maintains your typical anime features.

The vibrant colours, big heads and oversized eyes all come together to scream Japanese anime. Both the songs the sound effects also give off that anime pop and dazzle vibe.

What’s better than one song? Two of course! Playing songs unlocks even more but there are other rewards to unlock as well. Purchasable items and outfits become available for your music partner and their living quarters. There is a mini city where you can purchase these unlocked trinkets and costumes.

If that isn’t motivation enough to play through all the songs I don’t know what is. 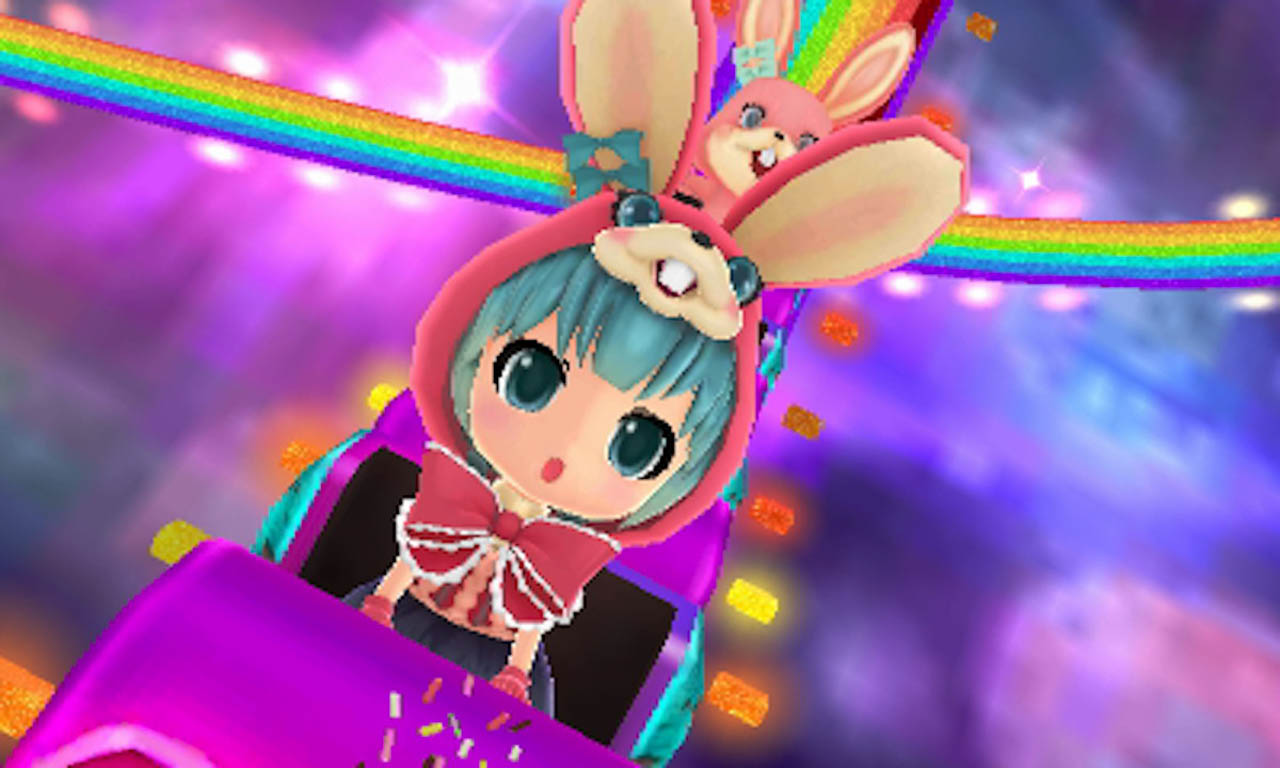 In the sad instance of trinkets not being motivation enough the game offers different difficulties as well but alas the increased difficult felt more of a nuisance than more of a challenge. While both varied difficulties and numerous fancy clothes where great and all it didn’t really push me to go playing through the next song.

There are two different styles you can play a song with.You can choose between stylus, which is simply tapping the stylus on the touch screen as the notes appear, and button, where you instead press a button in time with the notes on screen. I wasn’t a fan of the buttons as they were just less fluent and if you aren’t familiar with Nintendo button layout it can also be cause for some frustration. Either way I didn’t find any of it very engaging.

Comparatively Final Fantasy music (Theatre Rhythm Final Fantasy) is both diverse and spectacular and clearly deserving to be in game focused on it but the songs provided in HatsuneMiku:Project Mirai DX are all just a little bit painful to play through.

They all sound quite similar and with some light variances in chorus. I would not be able to pick one from another if you played them to me without visuals. Each song while offering a different video clip didn’t feel at all like it offered any other kind of diversity.

As you can imagine, being based on singing voice synthesising software, the music is composed of overly synthesised voices and simplistic melodies. It is all sung in Japanese and there are no subtitles either.

With the titles of songs including ‘Romeo and Cinderella’ and ‘Animal Fortune-Telling’ it’s possibly for the better not being able to understand the lyrics. Maybe I am just not culturally or musically enough enlightened to appreciate it. Pity that.

There are two mini games to play if you want something different from songs. There is a Tetris like game where you get rid of blocks by aligning like colours. This can played against someone or an AI. Can’t honestly say it was too exciting.

I have played rhythm games before but then I at least knew the characters, the music and it even had RPG elements to it. If I didn’t appreciate it then, I do now. I’m sure this game appeals to some people, but I am not one of those people.

I’m sure it took talent and whatnot to create both the music and the game. I am just, sadly, not someone who can find entertainment in it. But if you like dressing up cute 16 year old anime characters and playing along to over synthesised Japanese singing… then this… this is the game for you.