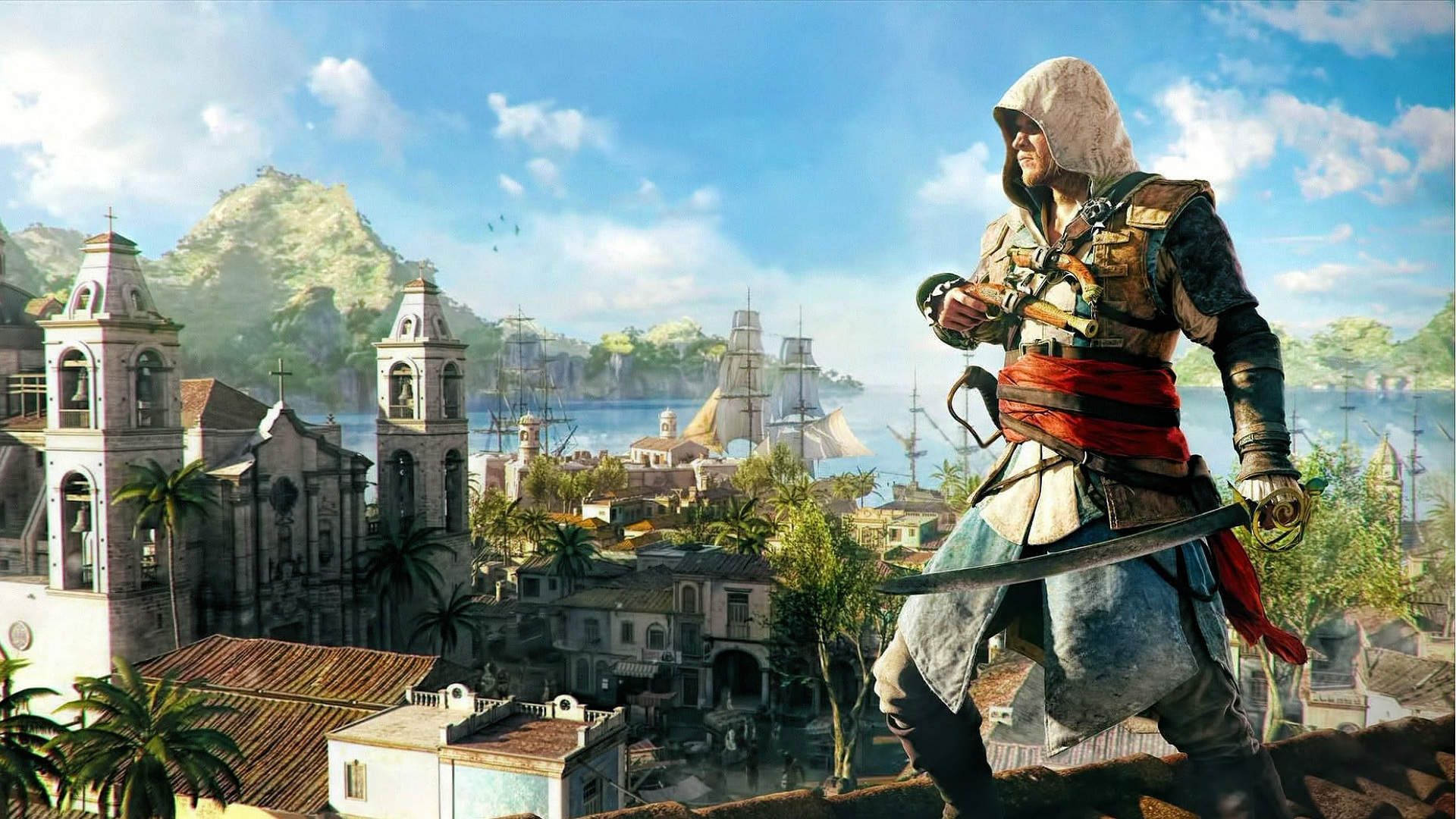 With Nintendo’s Switch already sporting a technological gaming marvel with it’s impressive Witcher 3 port, Ubisoft have put their hat in the ring to bring players a package of not just one massive, fully realised game world, but two with their Assassin’s Creed: The Rebel Collection. And it has pirate ships.

Physical copies of the game include Assassin’s Creed IV on the game card with Rogue available for download. The package also includes all the single player DLC for both games. 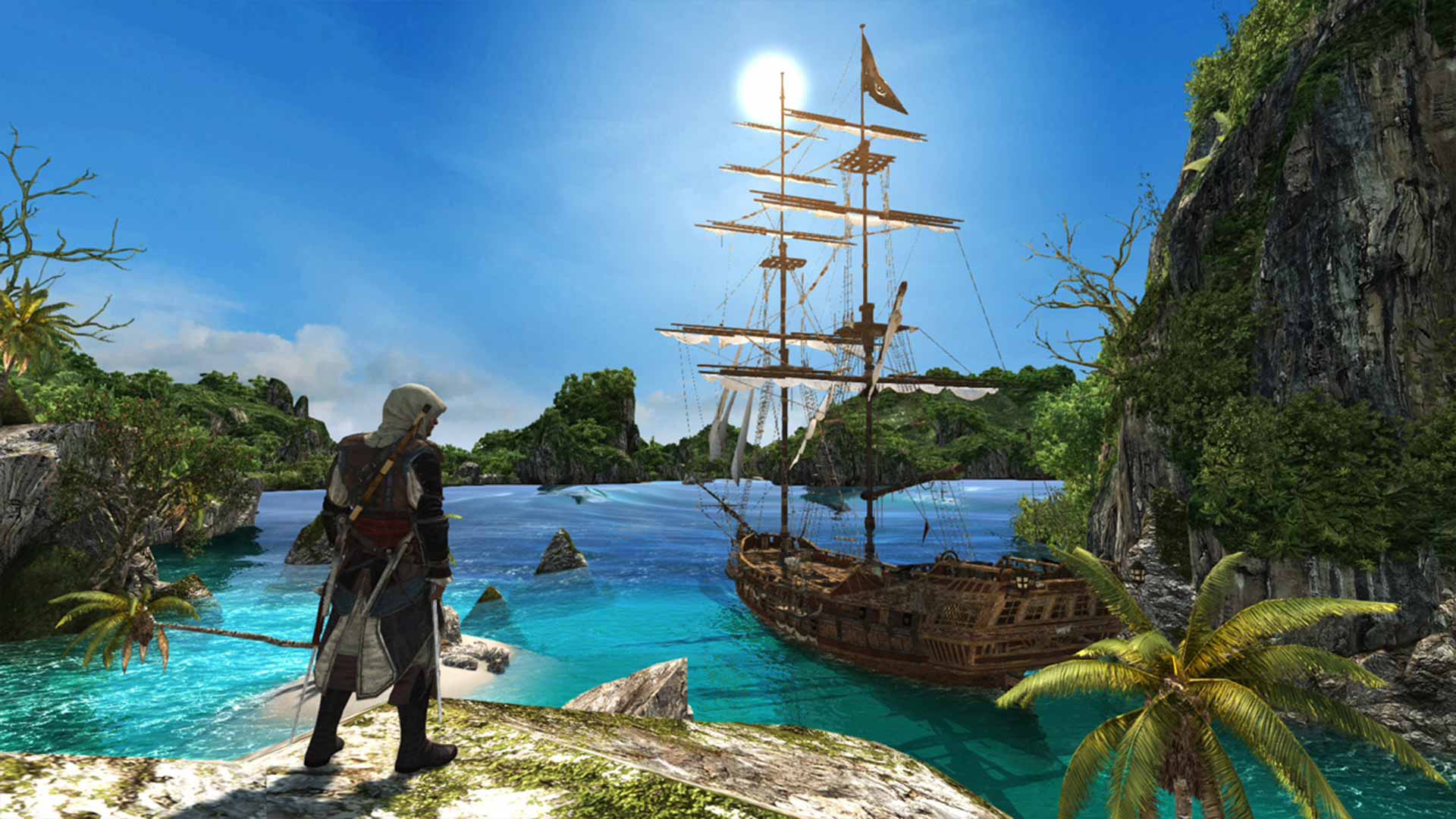 Ubisoft’s veteran series of third-person adventure games mix history with science fiction. The series’ over-arching and somewhat esoteric plot tells the story of an age-old conflict between the Order of Templars and the Assassins. A device called the Animus exploits the genetic memories held in DNA to enable the subject to relive history though the eyes of their forefathers (later of just the forefathers of the subject’s DNA sample).

Both the Assassins and the Templars are looking for ancient artefacts whose modern-day location may be reviled in the past. The Templars company, Abstergo, developed the Animus to locate these artefacts. Whilst most of the gameplay in the Assassin’s Creed games is within the historical setting, there are some sequences in the modern day.

The original 2012 release of Assassin’s Creed IV: Black Flag finally saw the series move on from the saga of Ezio Auditore, whose trilogy of games probably was one too many. It also moved away from the original Templar vs. Assassins plotline featuring the modern-day character of Desmond, necessary due to the events at the end of Assassin’s Creed: Revelations. 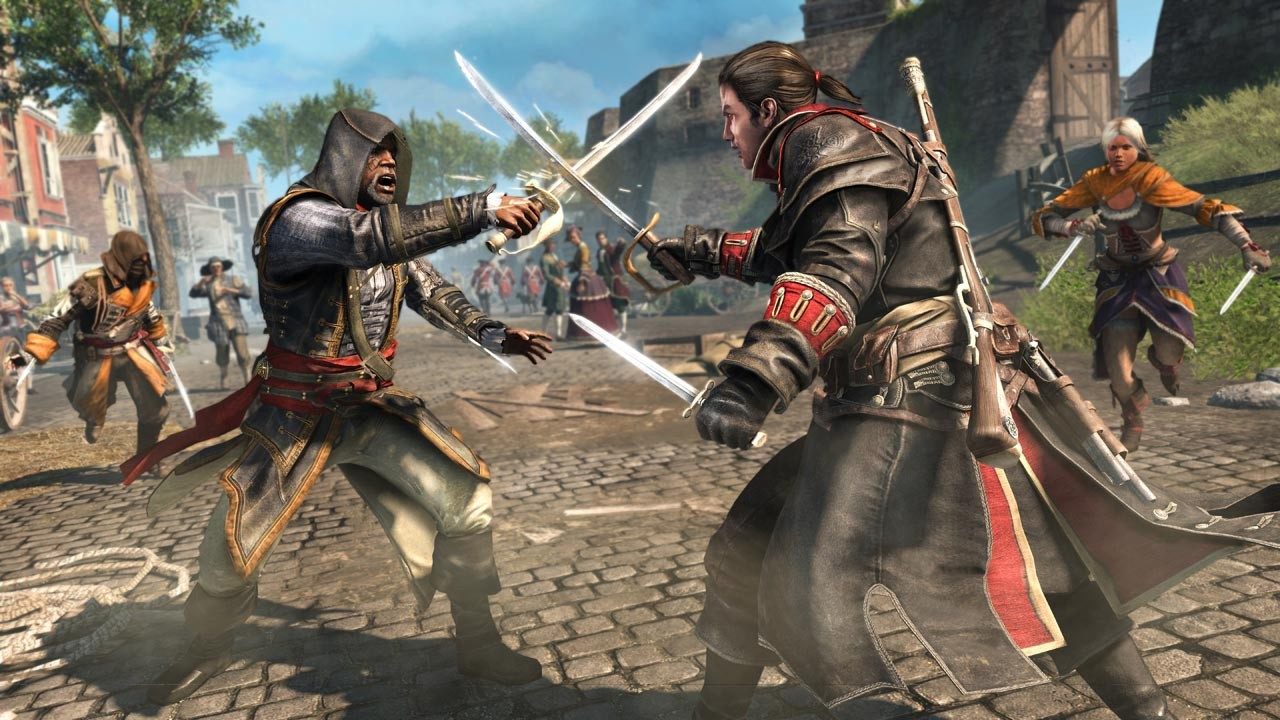 Swapping the rather successful setting of Renaissance Italy and the suave hero, Ezio, for pirates in the Caribbean and an anti-hero in the brigand, Edward Kenway, was a gamble. But one that payed off. Kenway, the grandfather of the protagonist of Assassin’s Creed III, proved to be a lovable rogue and the setting, which includes full-on pirate ship sea battles, redefined the series.

Black Flag follows Edward Kenway as he sets out to make his fortune as a privateer during the Golden Age of Piracy. A run in with an assassin sees him take on the assassin’s identity and propelled into an adventure across the Caribbean to unlock the ancient secret that both the Templars and Assassins are searching for.

With incredible locations, a great story, interesting characters and fantastic setting, I’d say that Black flag wasn’t topped until Assassin’s Creed Origins came along some five years later. I felt Assassin’s Creed Unity and Syndicate both failed to reach the heights of Black Flag, even with the benefit of their dedicated next-gen development for the Xbox One and PS4 (Black Flag originally came out for both Xbox 360 / PS3 and Xbox One / PS4). 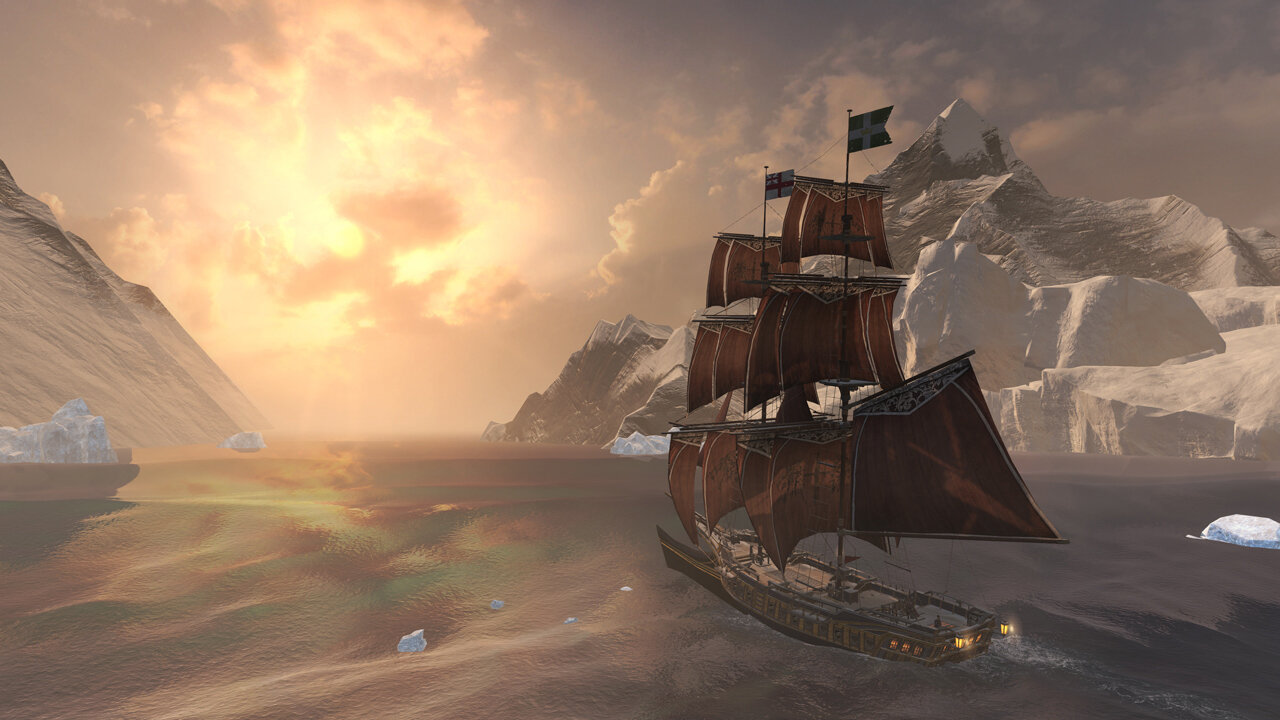 The version of Black Flag ported over to the Switch sits somewhere between the Xbox 360 version and the Xbox One version. Visually, the game is stunning, especially running on the Switch’s screen. On a TV the visual fidelity suffers a little, but unless you’ve played the game on PlayStation 4 or Xbox One, you are still going to be very impressed. I’d say that the only real compromises for the Switch version is that the bushes down move as Edward sneaks through them (as they didn’t in the Xbox 360 version), perhaps there’s also a slight reduction in the character detail, and draw distances seemed a bit less. That’s with me really looking, I never ran the different version together. All I can say is that I found what must be my fourth playthrough of Black Flag utterly engrossing on the Switch.

The lush Caribbean setting is a joy to explore. From the huge towns of Havana and Kingston, to the pirate haven of Nassau and countless smaller settlements in between, that loads to do. The game is packed with missions, side-missions and collectables to find.

The biggest drawn, an what makes it such a good portable game, is the naval combat, with the warring British and Spanish ships ripe for a bit of piracy. Players get to command Kenway’s ship, The Jackdaw, as it journeys amongst the Caribbean islands, in calm seas and storms, avoiding patrols, picking fights and taking on pirate hunters, if they’ve been a bit too naughty. 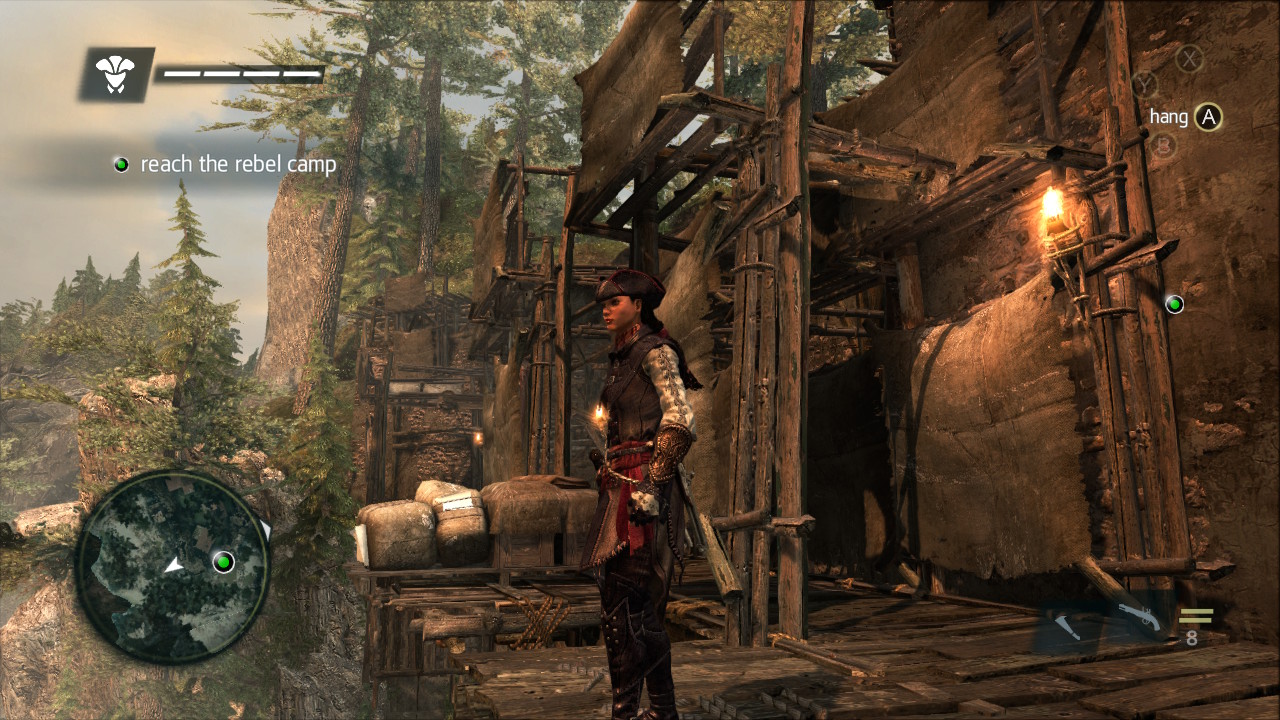 Assassin’s Creed IV: Black Flag, some eight years later, still holds it own as a superb entry in the Assassin’s Creed mythos and a joy to play on the Switch offering a good 100 hours of gameplay for the completionist.

This time, players take on the role of Shay Cormac a disgruntled assassin that turns his back on the brotherhood and joins the Templars. The game follows Shay’s progress at thwarting the Assassins’ plans right up to a neat little tie-in with Assassin’s Creed Unity at the end. 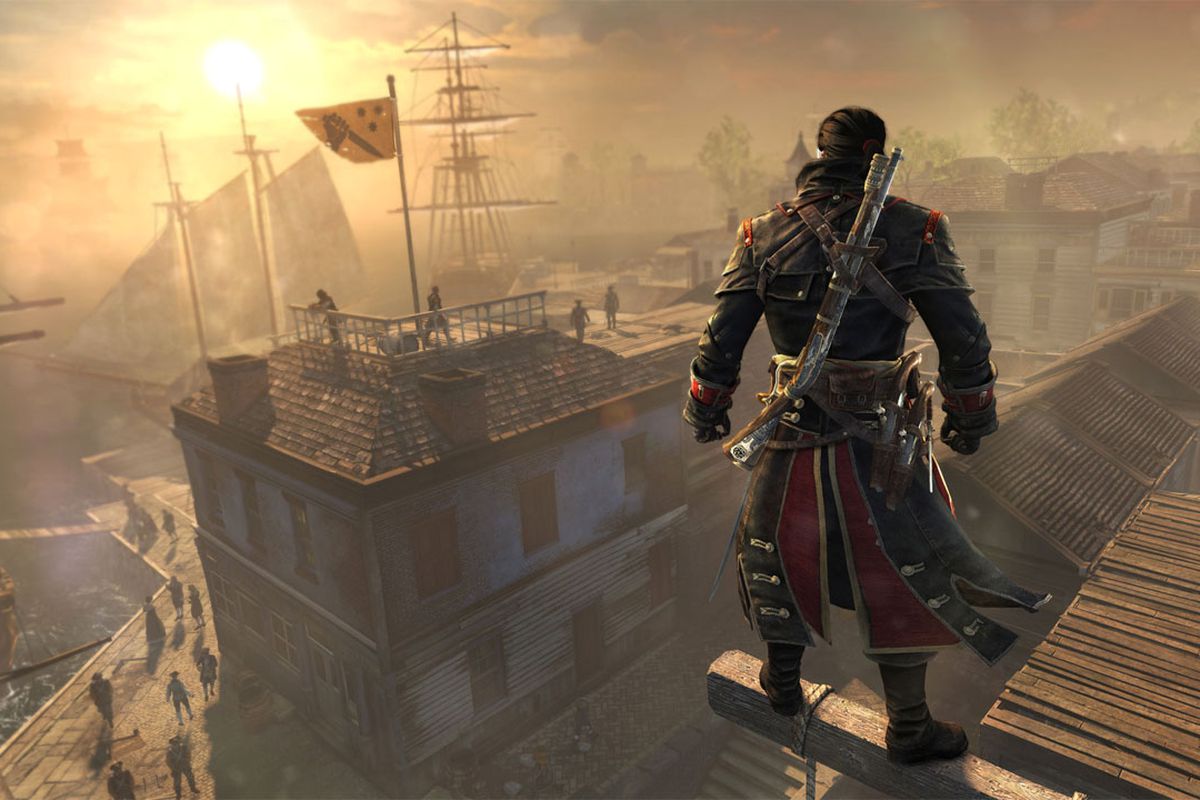 The story is good, but Ubisoft stop short of properly exploring the other side of the conflict between the Assassins and the Templars. I would’ve liked to have seen the Assassin’s cast as murdering bad guys and the Templars as being the salvation of humanity. Alas, Ubisoft don’t take the leap to pain the series protagonists with a coat of grey paint.

The mechanics are almost identical to Black flag with Shay commanding his own vessel, The Morrigan, around the North Atlantic and east coast of America. Naval combat feels a bit more responsive this time, perhaps due to The Morrigan’s ability to turn on a penny.

Assassin’s Creed: The Rebel Collection is another premium port to the Switch of featuring a couple of modern classics. Black Flag was a superb entry for the series back in the day and works wonderfully with the Switch. The addition of Rogue gives players much, much more of the same excellent gameplay. 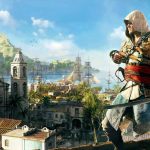 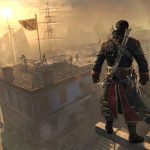 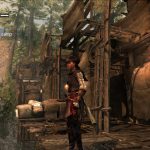 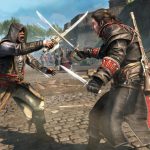 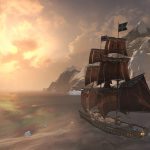 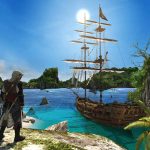