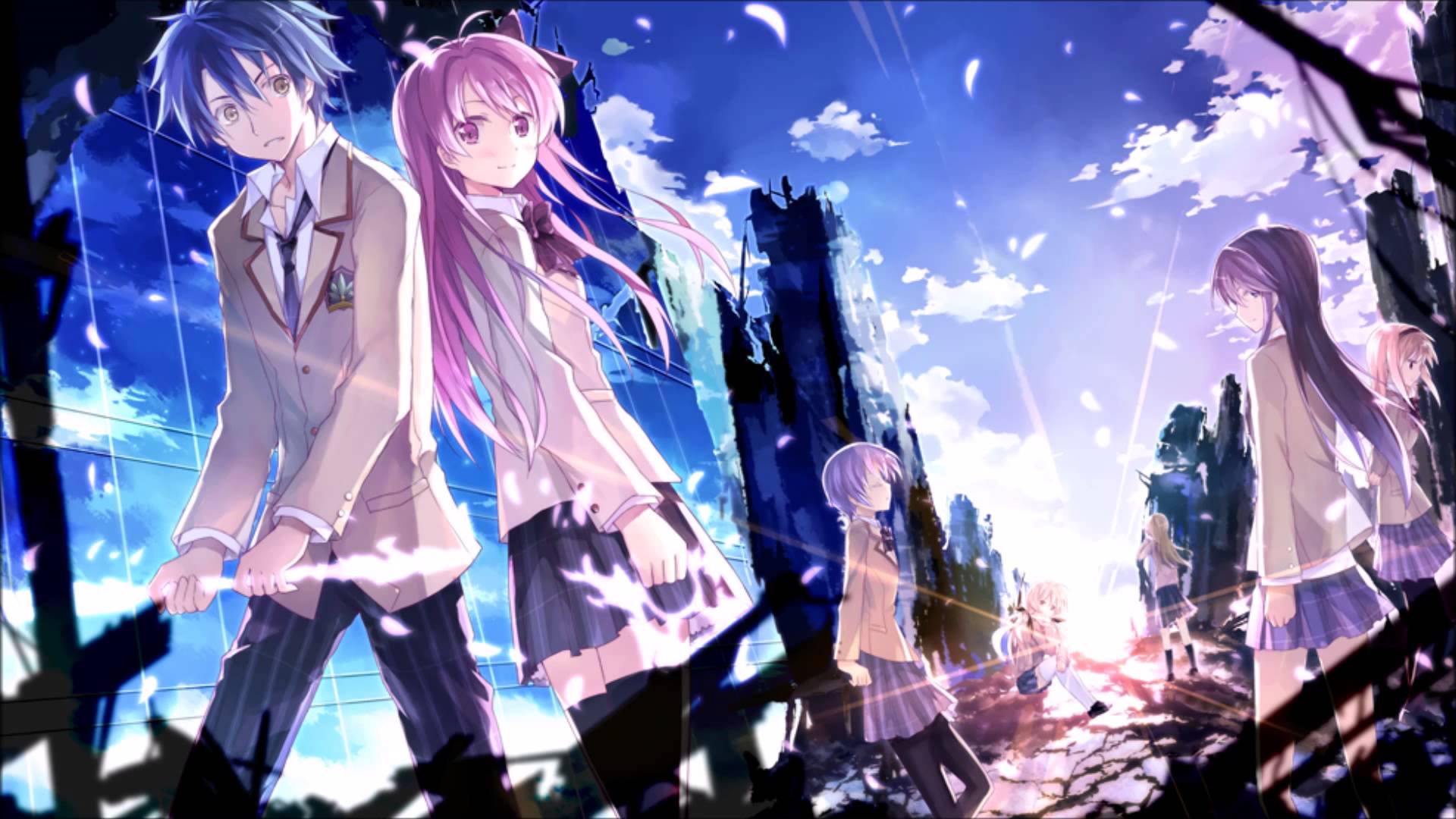 Chaos;Head, an anime series based on the visual novel of the same name, follows the story of Takumi Nishijou (“Taku”), a young high school boy who suffers from extreme delusions and paranoia upon witnessing a brutal murder, one of many serial murders taking place in Tokyo. As he struggles to cope, he meets a number of girls who appear to take a special interest in him and whom he suspects of being connected to the various attacks occurring throughout Tokyo.

I picked up this title upon learning that Chaos;Head had some small connections with one of my favourite anime series, Steins;Gate. Needless to say, I was expecting the series to be as good, with a thrilling plot and fantastic characters. Unfortunately, that wasn’t the case and I’ll admit to being so unenthused and ‘creeped out’ that I stopped watching the series half-way through. 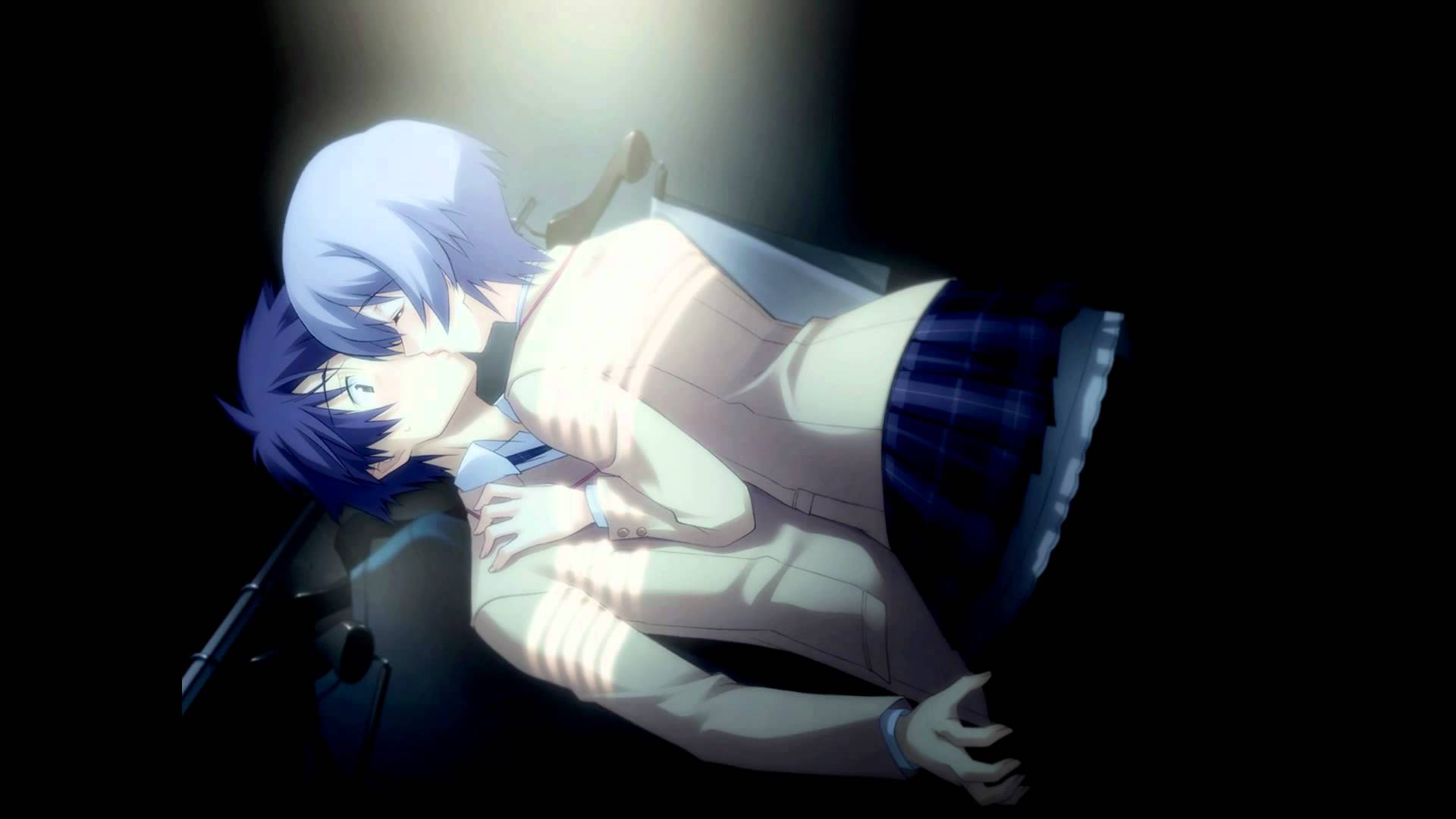 The premise of Chaos; Head is interesting. Taku is presented with images of the aftermath of brutally violent murders a day prior to the event taking place. These precognitive images fuel Taku’s paranoia and of course, captivates viewers with the many possibilities in terms of narrative and plot. This idea of premonitions and seeing the future is similar to the time travel aspects of Steins;Gate, which naturally held my interest. However, the way in which the story unfolds in this anime appeared rather distasteful and came as a complete shock.

The anime took the term sexual innuendo and references almost too far for my liking, with Taku being presented as a recluse with no real friends or an understanding of the ‘real world’. Instead, Taku is an obsessed and perverse teenage boy with his mind constantly in the gutter. His delusions are all of a sexual nature, in which he truly believes that girls he meets are infatuated with him. It is complete and utterly creepy the way his delusions takes form on screen and it is extremely off-putting having to watch these delusions play out. 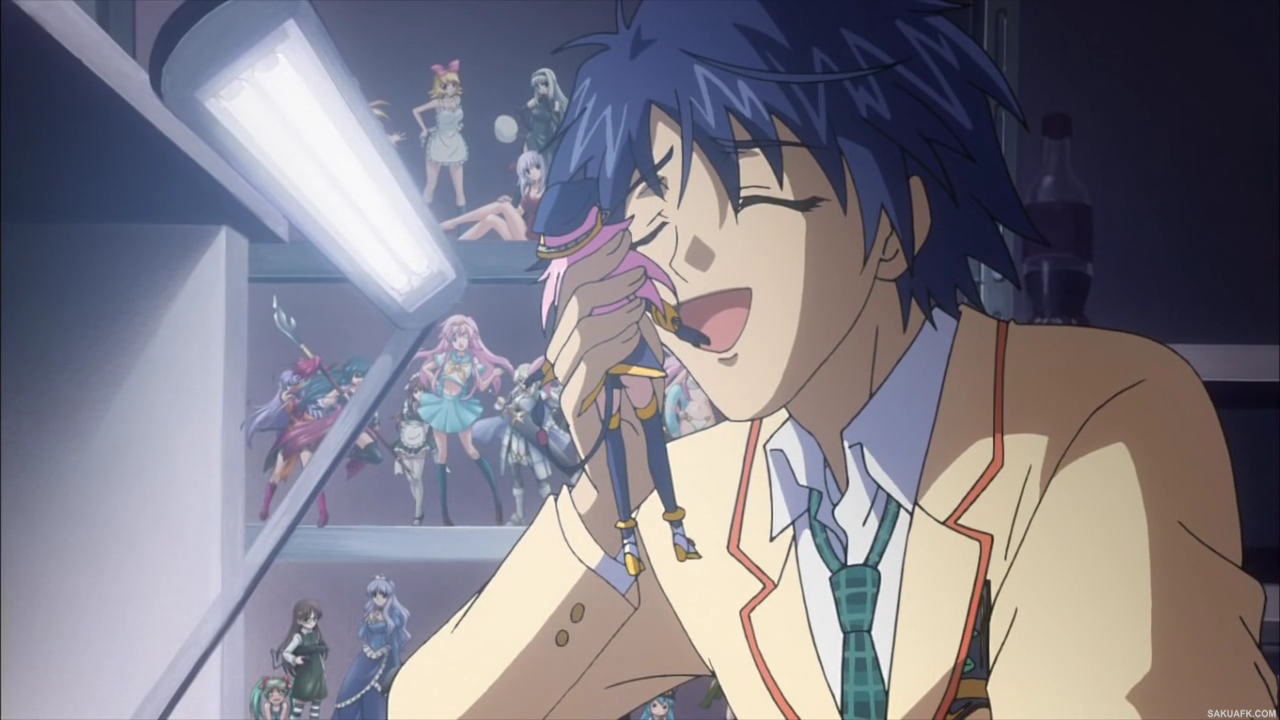 Not only that, but the plot begins with occurrences that have an air of realism to it, that is, that the murders could likely take place in our reality. It is this realism that caught my attention initially and I was especially disappointed and quite confused when the idea of video-game like swords and abilities came into play within the anime’s ‘real world’. It completely distracted me and detracted from the build up of story.

I struggled to sit through Chaos;Head despite my best efforts. With such an off-putting character and a story that was just ‘weird’, even appealing visuals couldn’t save this anime from being classified as rubbish. I generally don’t enjoy ‘hating’ on creative works but there was just no redeeming quality here that I could appreciate.

Despite being linked to such a brilliant anime like Steins;Gate, this anime just didn’t do it for me and seemed to have lost its way in attempting to tell its story. Chaos;Head isn’t an anime worth watching unless you are able to tolerate the R-rated themes.

Thank You for being AWESOME
Chaos;Head (Madman Entertainment) Review