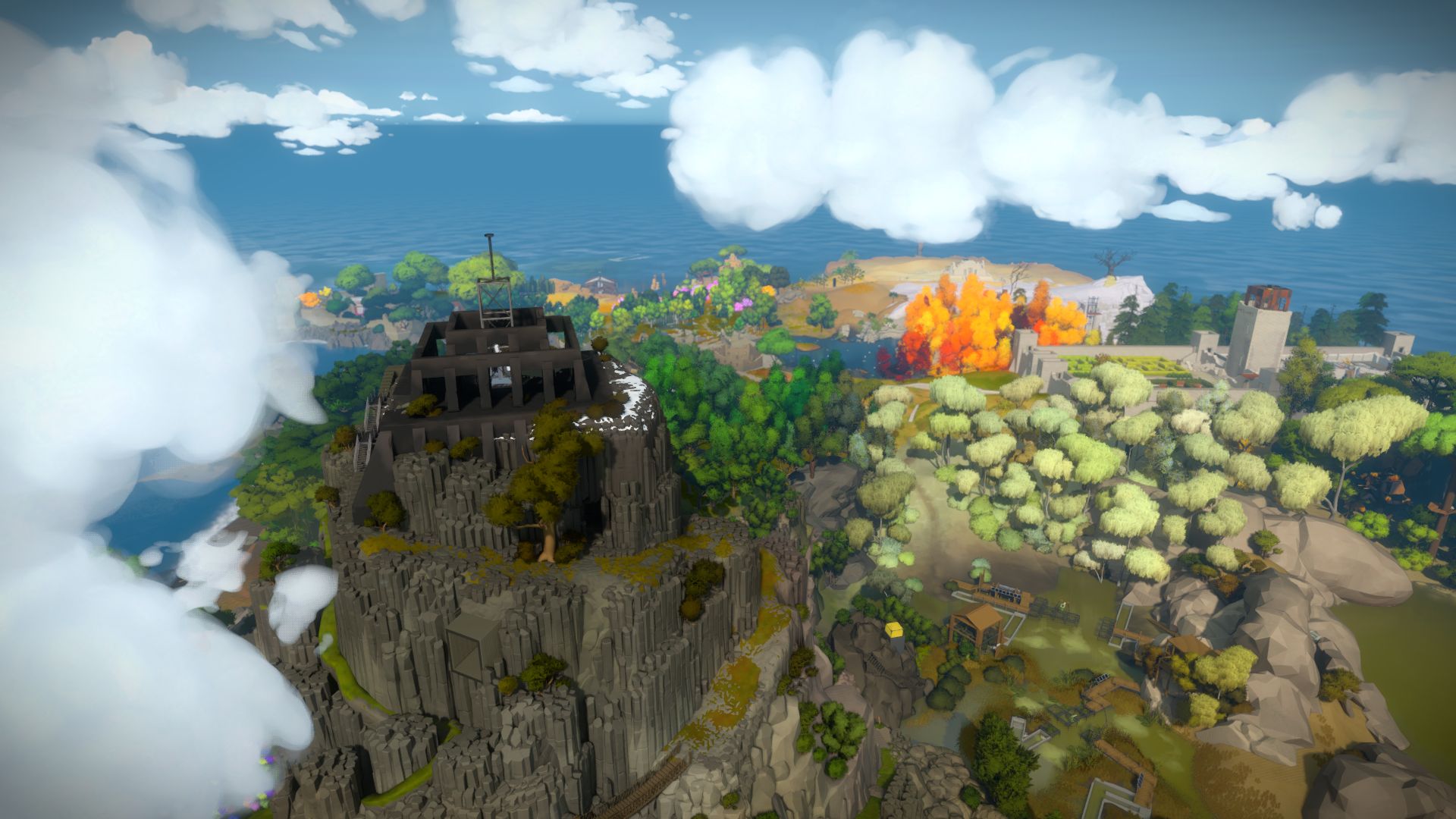 On the island, the world’s your oyster, just be sure to follow the cables.

Created by Jonathan Blow and developed by Thekla Inc, The Witness strips away unimportant distractions to give you a compelling and often frustratingly engaging take on the puzzle genre. After starting the game you find yourself instantly thrown in with no introductory narratives, no press X to play and no rolling credits. It’s just you and the game.

The basic game play comes instinctively and you soon find yourself solving the first basic puzzles to power up cables and unlock doors.

The overall premise of the game is rather vague a part from the initial concept of solving puzzles in order to light cables, unlock doors, light beacons and find clues. The puzzles themselves may be ambiguous but light bulbs will spawn above your head before you know it and you will hold your head a little higher.  Other players aren’t lying when they say you will need some sort of pen and paper to take notes. In one scenario the key to the puzzle was found through mirroring, reflecting and parallel techniques so numerous screenshots were taken in order to complete it. 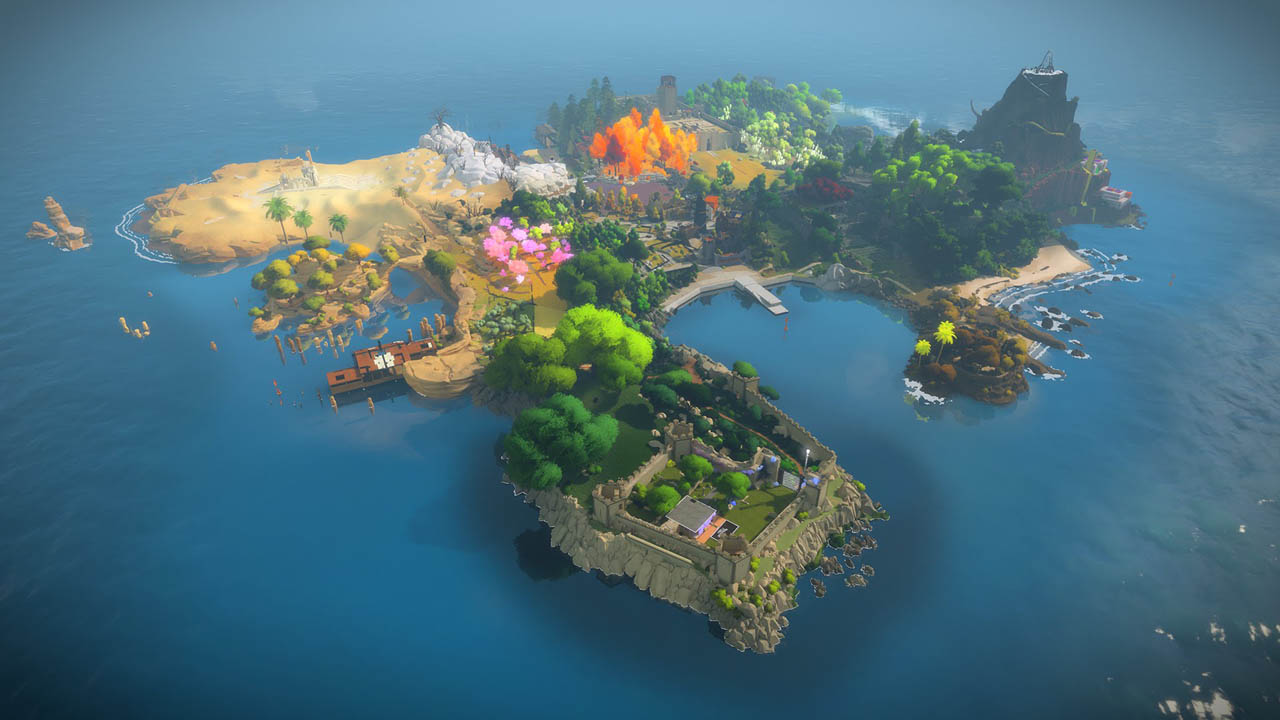 The answer to the topic of tutorials is that there isn’t any or at least any that require no digging first. The Witness is easy to pick up and admirable for its simplistic controls in contrast to its complicated game narrative. The game knows that we are most likely smarter than we give ourselves credit for. In a world of pin pointed maps and objectives, its oddly refreshing to be given the trust and respectful capability to figure things out on your own.

Saying this, in moments of doubt, it’s great to have a family member or friend there to help you out or offer their input. It’s also helpful to have them there for words of encouragement too because you may need them. 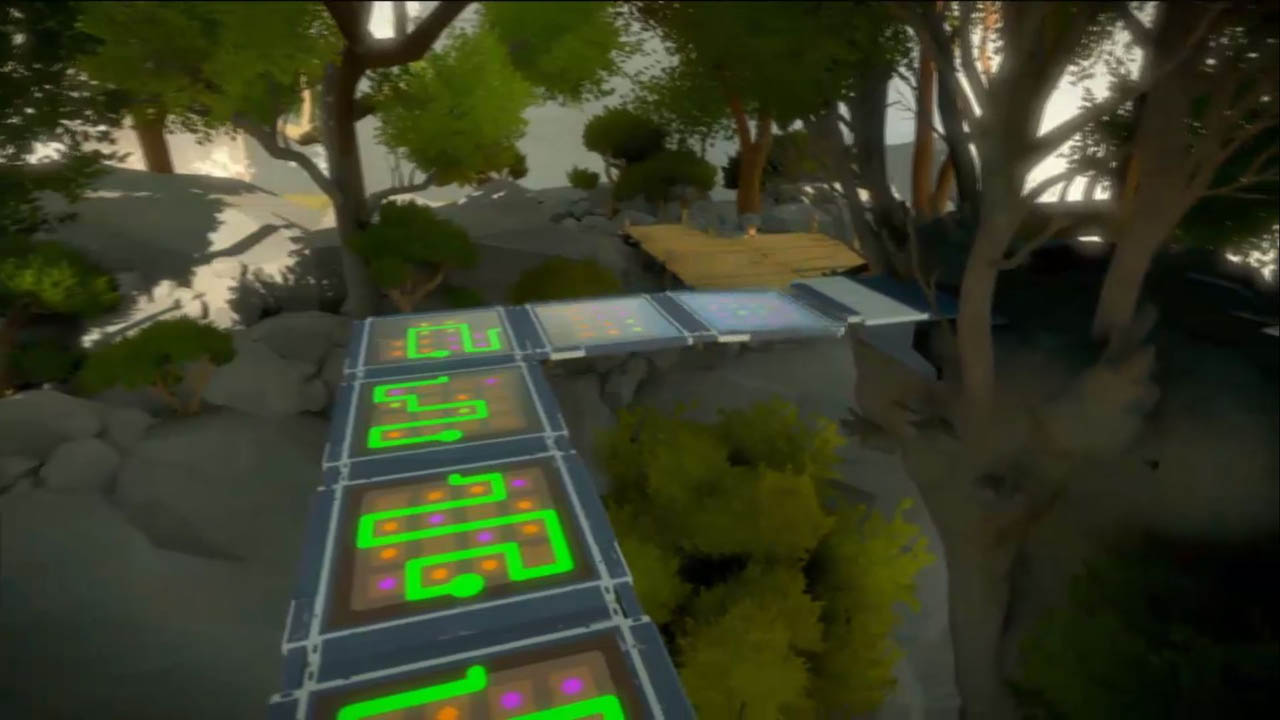 The graphics offer a breathtaking experience across vast settings and stunning vistas. From green plains to pink trees to rustic buildings to rocky slopes and sandy beaches, the sound of your feet and your shadow against the sunlight are all you need for an aesthetically pleasing game.  One of my favourite puzzle scenarios was set around a desert ruin and cleverly involved trick of the light puzzles that curiously transfixed my mind.

In spite of the open world appeal, the map isn’t as easy as getting from point A to B to C or puzzle A to B to C as you’d like to think. Let me explain. It’s very easy to stumble across puzzle C instead of puzzle A. This wouldn’t be an issue if puzzle C didn’t require the knowledge found in puzzle A to complete.  Although this aspect of the game sometimes frustrated me, I came to the conclusion that it was merely a part of the gaming experience and that a lack of knowledge was understandable in certain parts of the game. 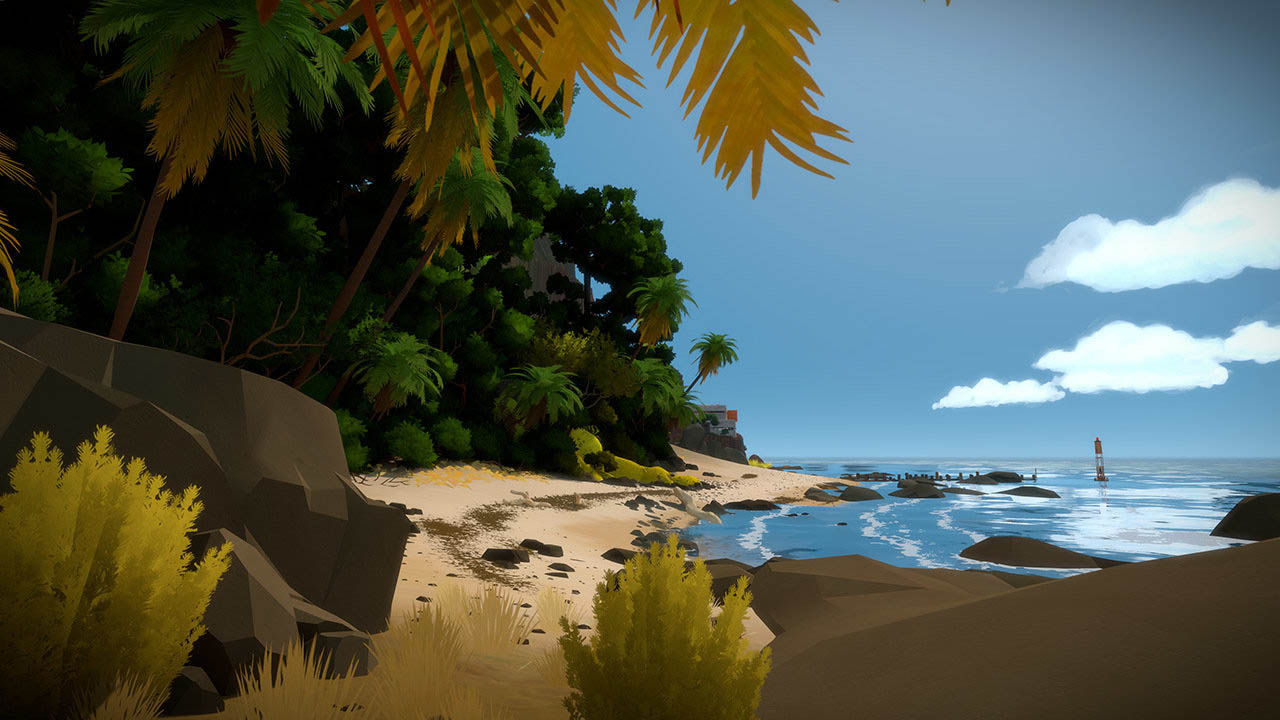 Truth be told, The Witness is one of the most frustrating games I’ve played in awhile but it was also one of the most rewarding. If you keep at it, your drive to succeed will increase and you’ll be giving yourself an invisible pat on the back every time you unlock the next door or light up another beacon.