Get Even (PlayStation 4) Review 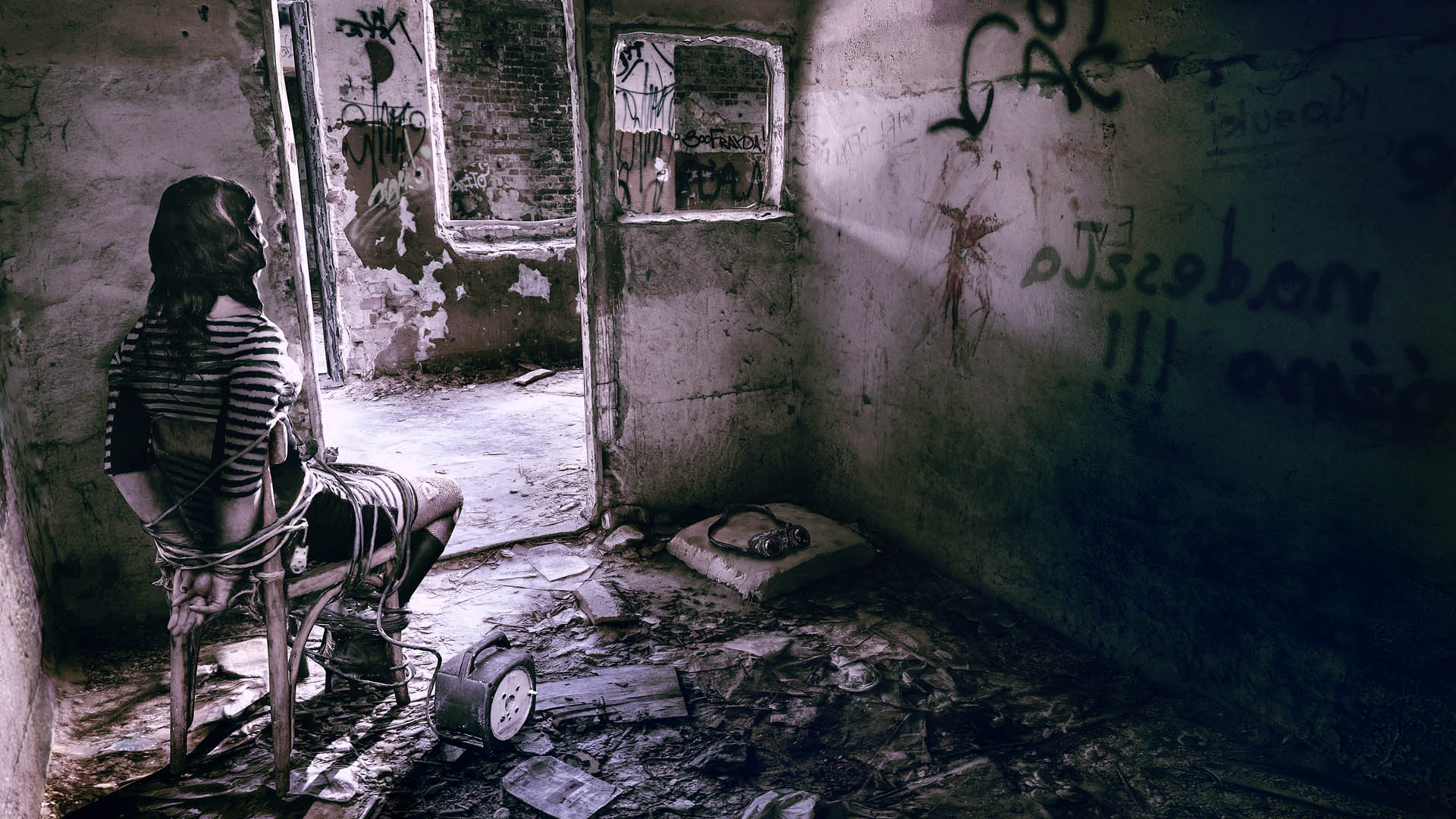 You are Cole Black, a mercenary and an investigator for hire. You as the player share the same confusion as Cole as to where you are and what your objective is.

You are equipped with guns (although very rarely get to use them) and a smart device where your objectives become apparent via communication from an unknown source.

Your smart device will also enable you to find clues with it’s scanner and UV Light, it has a map of your present surroundings and can be attached to weaponry. 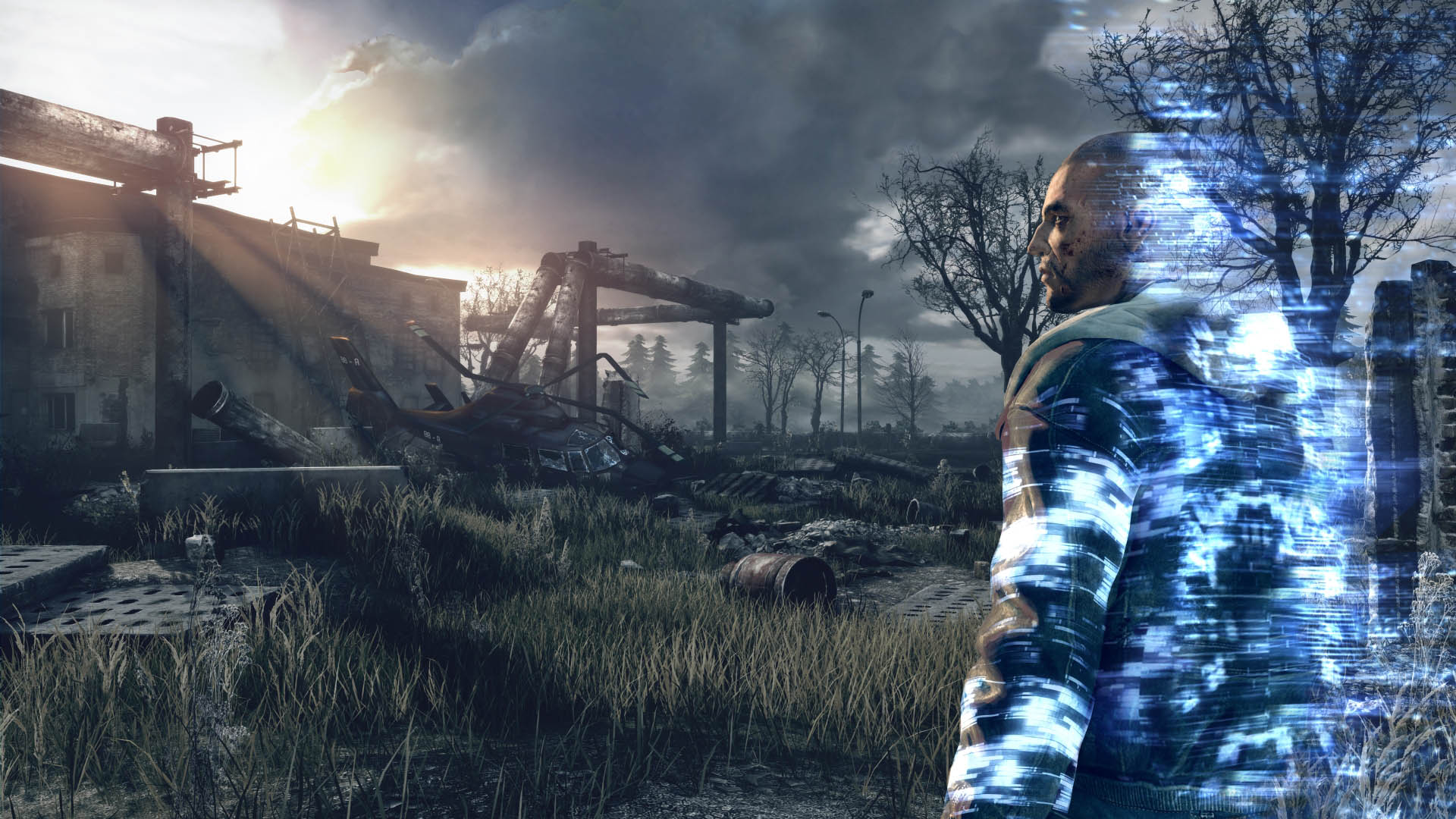 You explore the grounds of the Asylum and eventually make your way inside. It’s not too long before you find the girl, guarded by militia. After you take them out it’s apparent that the distraught teenage girl has a timer bomb strapped to her chest – and it’s counting down.

There is a code to disarm the bomb. But, what’s the code?

Tension levels rise and there’s an explosion. It’s all over. Or is it all just beginning? 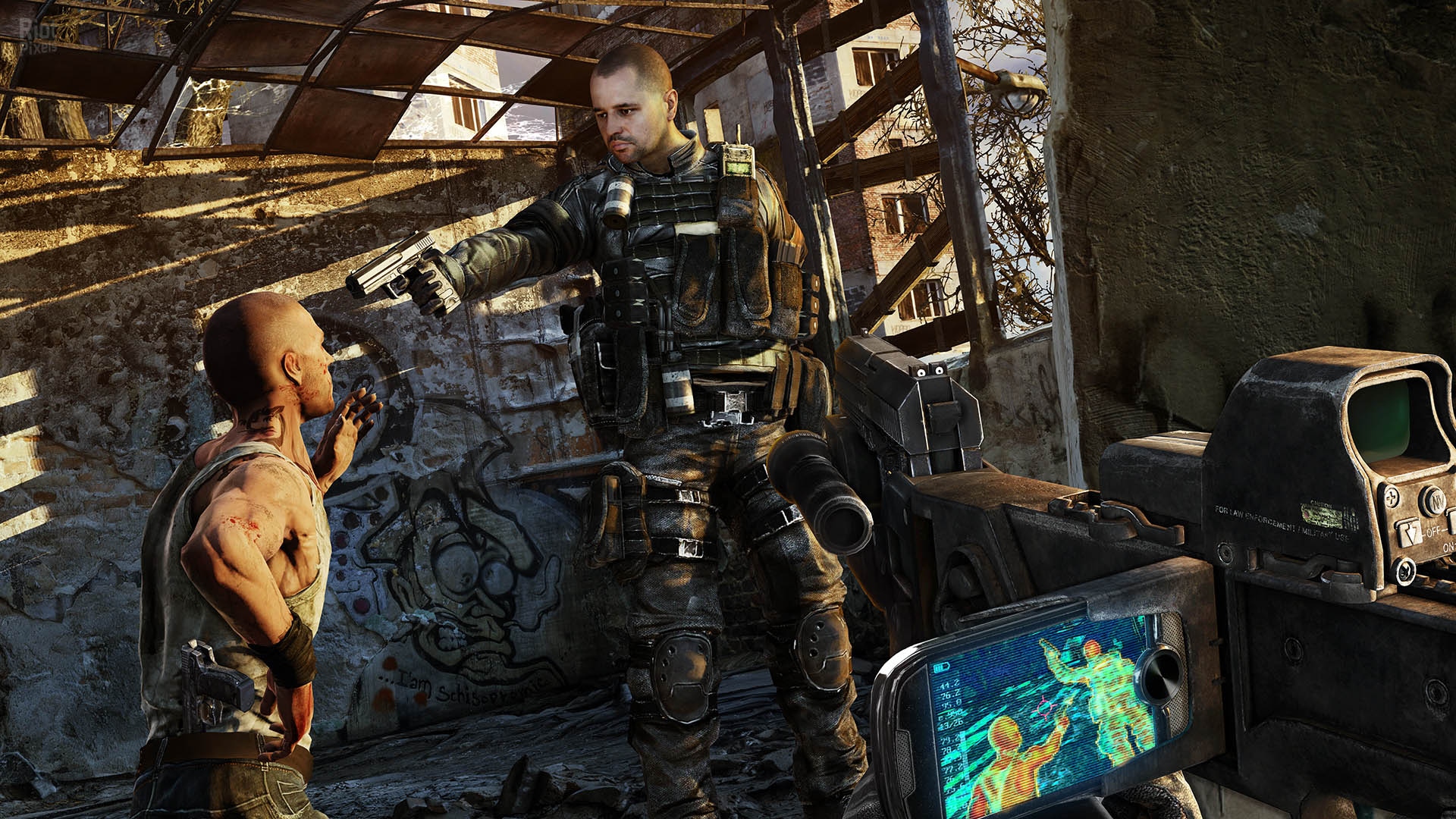 Get Even, developed by The Farm 51 (Chernobyl VR) is a psychological thriller where you share the same element of mystery with your character. He has a virtual reality like headset strapped to his head, a gun with a silencer and eventually a futuristic weapon called the Corner Gun.

You are soon made aware that you are playing through your own memories, guided throughout by communication from this unknown source. Naturally things begin to unravel as you progress throughout, reclaiming those lost memories as you play through them.

Get Even is also a game that will react to how you play it – the decisions that you make will reflect how other in-game characters react to you. Every action has a consequence as is the same in real life. It’s a case of seeing your decisions, your actions through another’s point of view. 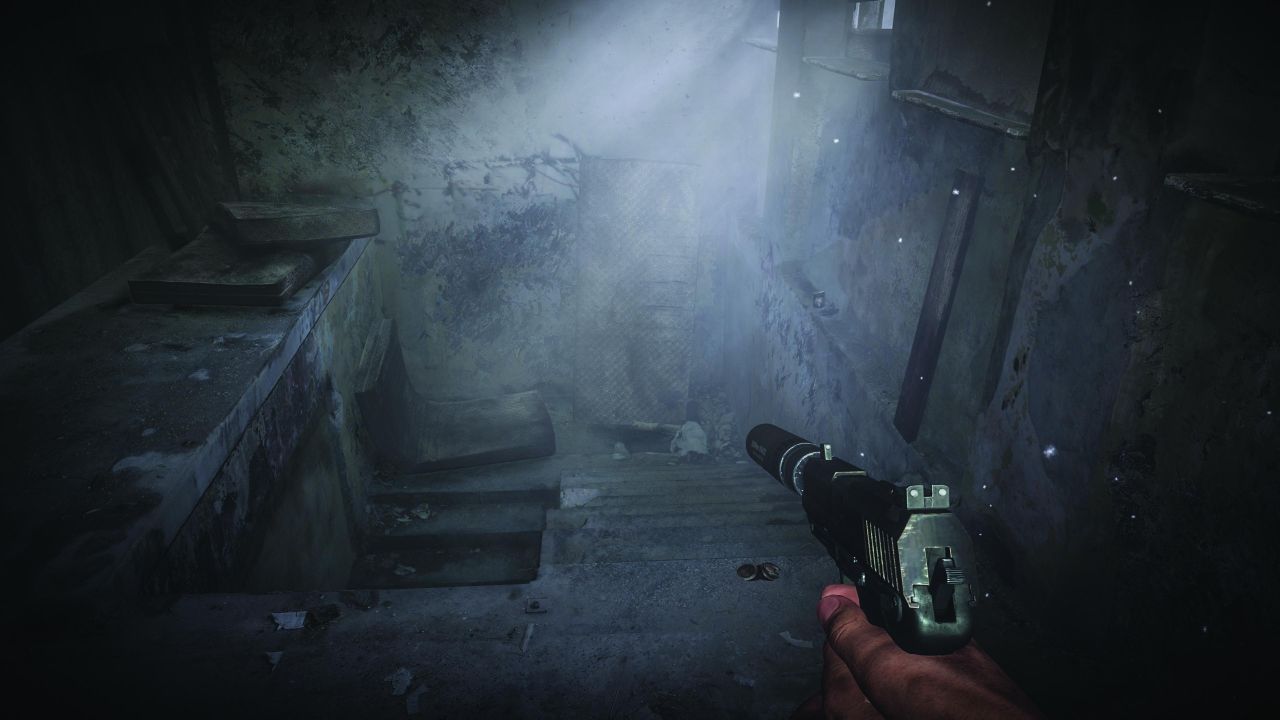 Each Mission is pretty much one memory, but it’s not complete. There are clues that you will need to pick up, usually via scanning with your smart device.

But you will not always get all the clues in every Mission straight away and there is a lot of returning to prior Missions, as one completed Level will open up more of a prior one. Similar in parts to the film Inception, you will hop between memories in order to complete the overall objective.

Although Get Even’s narrative is heavily focused on retrieving weapon based technology and it is a FPS, there is very little combat at all.

Get Even is a exploratory game, almost a walking sim in parts. 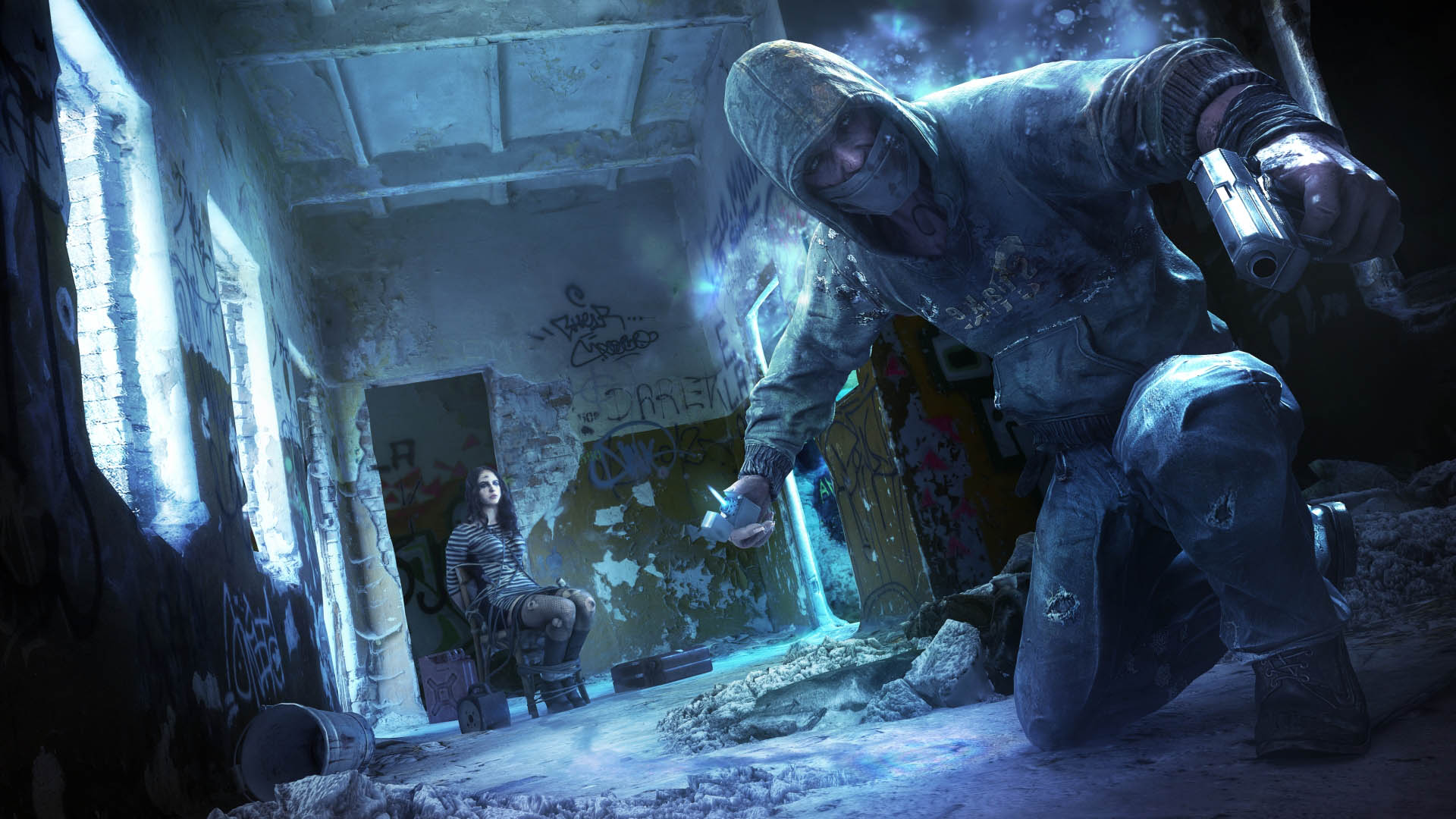 But the story is good, brilliant even and it is compelling and makes you want to play onwards. The element of discovery of who Cole is that you as the player find out and Cole’s remembrance of his own past Missions and how memories can be warped and changed is unlike any title I’ve played before.

Graphically Get Even’s environmental detail is rather tight, there are a few framerate issues as it seems to struggle at times at 30 FPS. Character modelling in in-game enemies, forget any detail there – they look as though they stepped out from the PS3 / 360 days.

To be fair though, Get Even is a title that you play for the narrative. It is a slow game and takes inspiration from titles like Condemned. 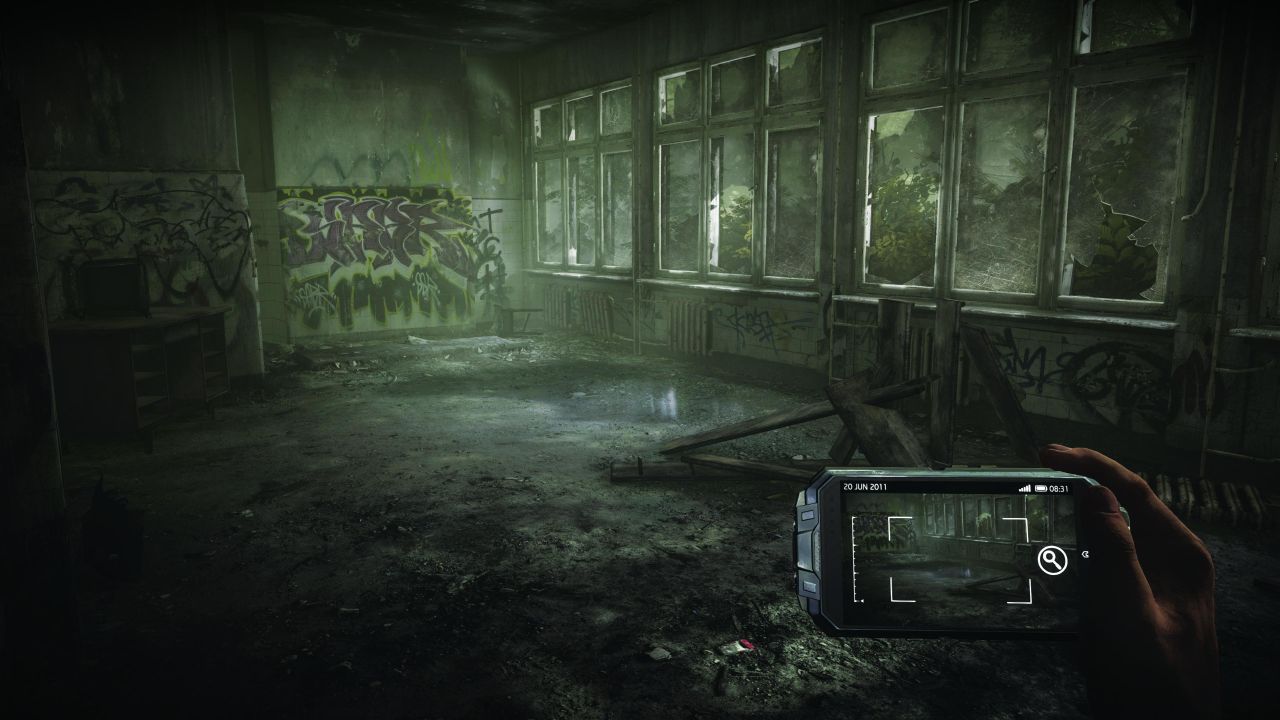 Solid voice acting with British accents throughout (the game is set throughout Britain) Get Even is a welcome addition to 2017’s line-up as something different and taking things further in a genre that we do not see much of.

A game to definitely check out, but allow a bit of time to get through it’s slow pace. 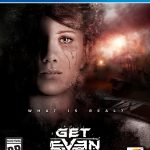 Get Even (PlayStation 4) Review
Game Details