Activision’s top selling toys-to-life franchise is back with Skylanders Imaginators.

For this new game, we have a whole new range of Skylander figures, this time referred to as Sensei. There is also a set of Imaginite Creation Crystals, to create your own Skylanders, and Imaginite Mystery Chests containing gear, weapons and parts for your creations.

The series’ villain, Kaos is up to his old tricks, this time using the hidden magic used to create Skyland to form his own army, the Doomlanders. It is a up to the players and their own army of Imaginators, under the guidance of the powerful Senseis, to, once again, defeat Kaos and bring peace to Skylands. 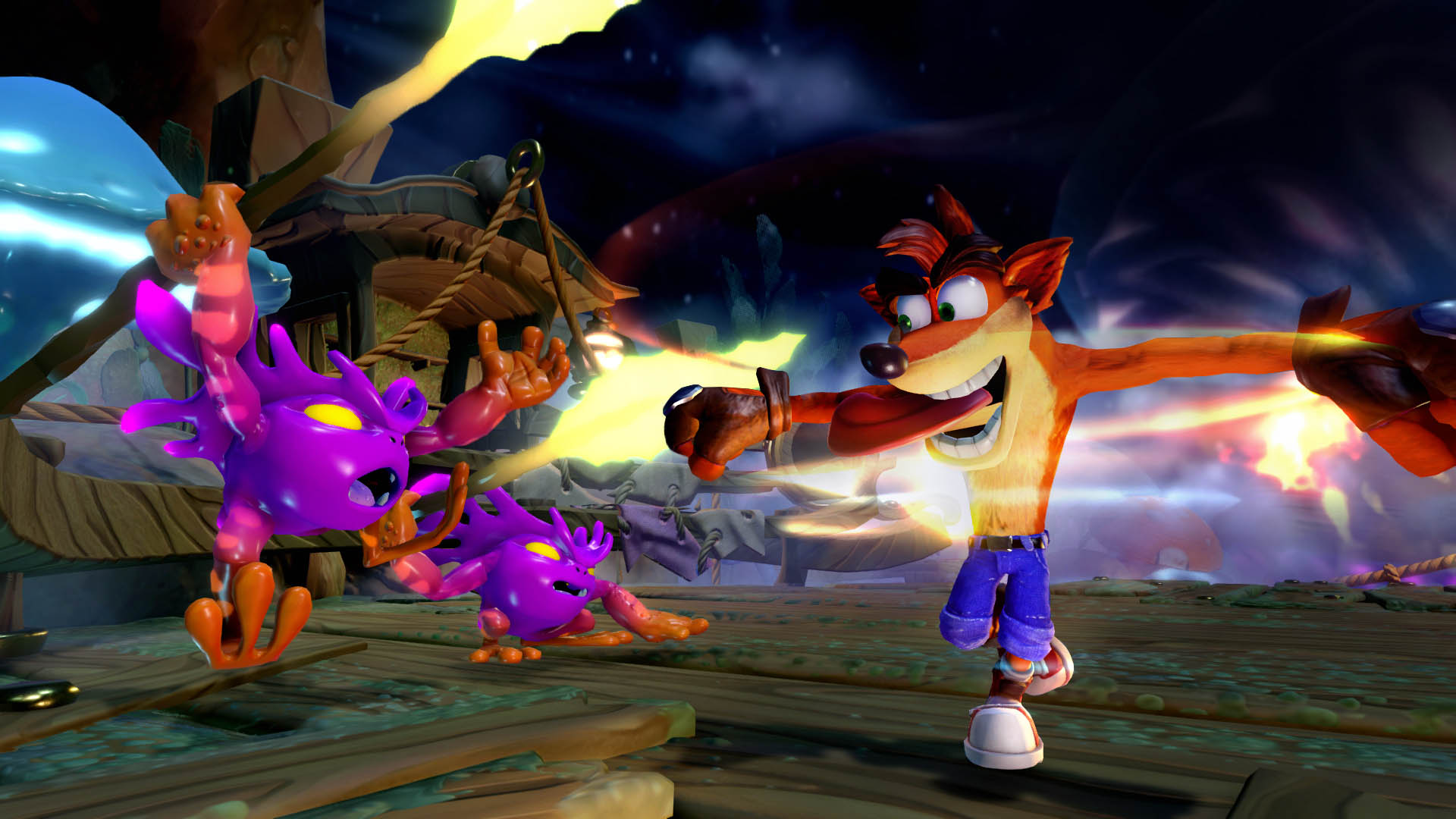 Following last year’s amalgam of Skylander characters and vehicles with Skylanders Superchargers, Activision has provided us with a new hook for this game. Special Imaginite Creastion crystals, one of which is included in the box, allow players to create their very own Skylander.

Players can select their character’s element, battle class, colours and body parts. As you play, more customisation options become available. Many enemies from previous games return as their own Skylander figure, but this time fighting on the side of good, as sensei tasked with training your new Skylanders.Pairing your customised character with a Sensei unlocks new abilities and weapons.

The Starter Pack also comes with Master King Pen and Golden Queen Sensei figures and, of course, a Portal of Power.

If you’ve never played a Skylanders game before, the Portal of Power is your Skylander’s route into the game. By placing a Skylander toy on the portal, a digital version of the character appears and can be played in the game. 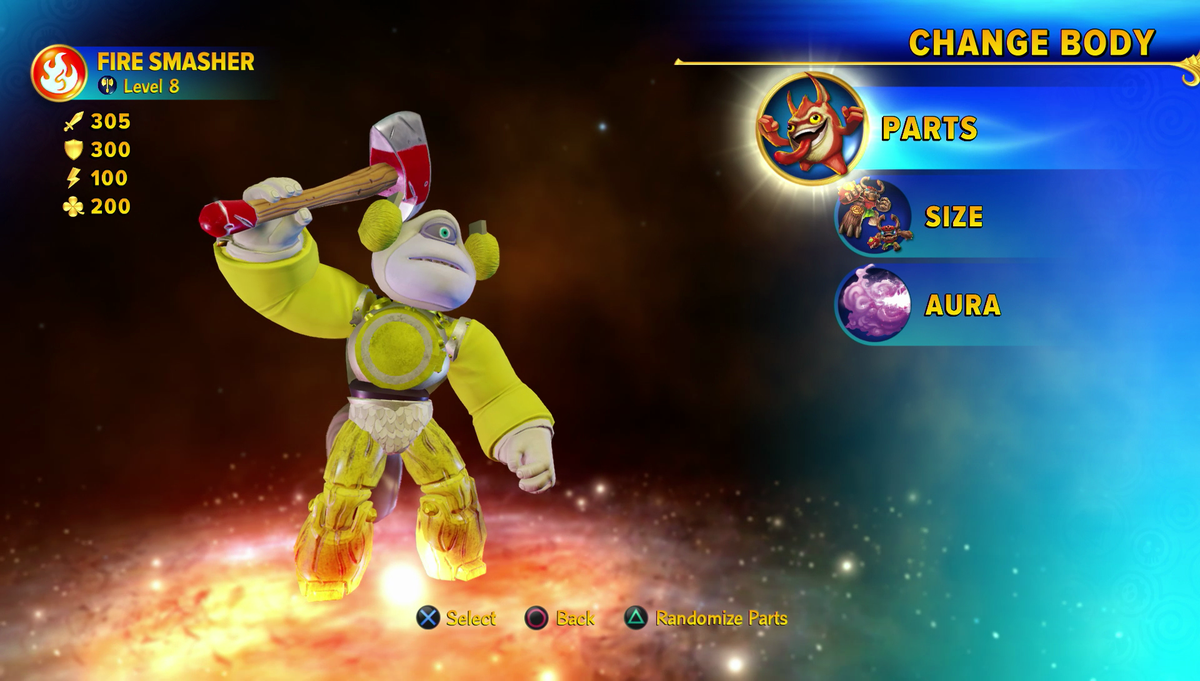 The Portal included in the basic starter pack provided looks like a retooling of the Portal that came with last year’s Superchargers. What is missing, though is the socket for your Trap Team traps. Whilst Superchargers gave you half-hearted trap support, you are out of luck this time.

Interestingly, that same level of toned- down support is given to your Superchargers vehicles, which can still be used in the race mode, but not in the actual game. Will we see the same happen with the Imaginators that reside in our Creation Crystals in the future?

With racing and vehicle use removed from the story campaign, we are left with gameplay that is very similar to the pre-Superchargers games. Of course, this is not a necessarily a bad thing, as the basic Skylander’s gameplay experience is just so well refined, it’s difficult to find fault with it. It’s the same mix of puzzles, combat and mini-boss fights. The addition of character creation gives Imaginators a very RPG feel. There’s also an entertaining in-game card game called Creation Clash. 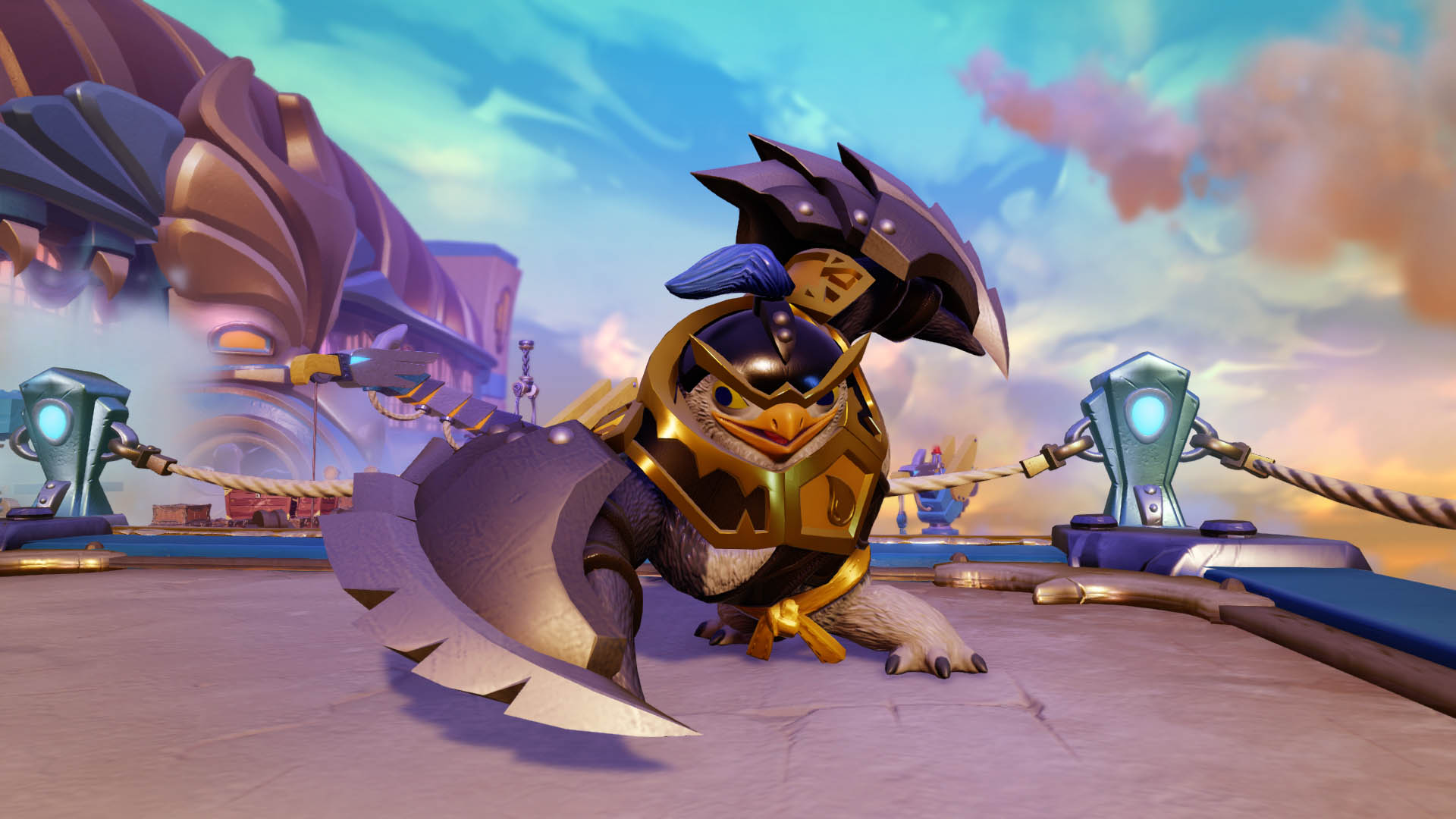 The game environments are beautifully designed offering variety and visuals that are, as with previous titles, absolutely spot on and almost of a Pixar movie quality.The cut-scenes especially, look like an animated cartoon. This, along with a finely-honed story, great acting and memorable characters guarantees that Skylanders Imginators will be a hit with fans.

The only real fault, and it’s not really a fault with the game, is the potential expense. The Skylander toys are not cheap. Whilst you can pick up toys from previous games quite cheaply, if you want to add all thirty-one new Sensei figures to your collection, you are talking about a sizable investment. The fact that you need some of the Sensei figures to gain access to locked out parts of the game, means that you are going to have to spend extra cash to get the most out of it.You are going to need a few Creation Crystals, as well, if you want to try creating a few characters. Be mindful that, whilst you can reset the Crystals, they are locked to their battle class. 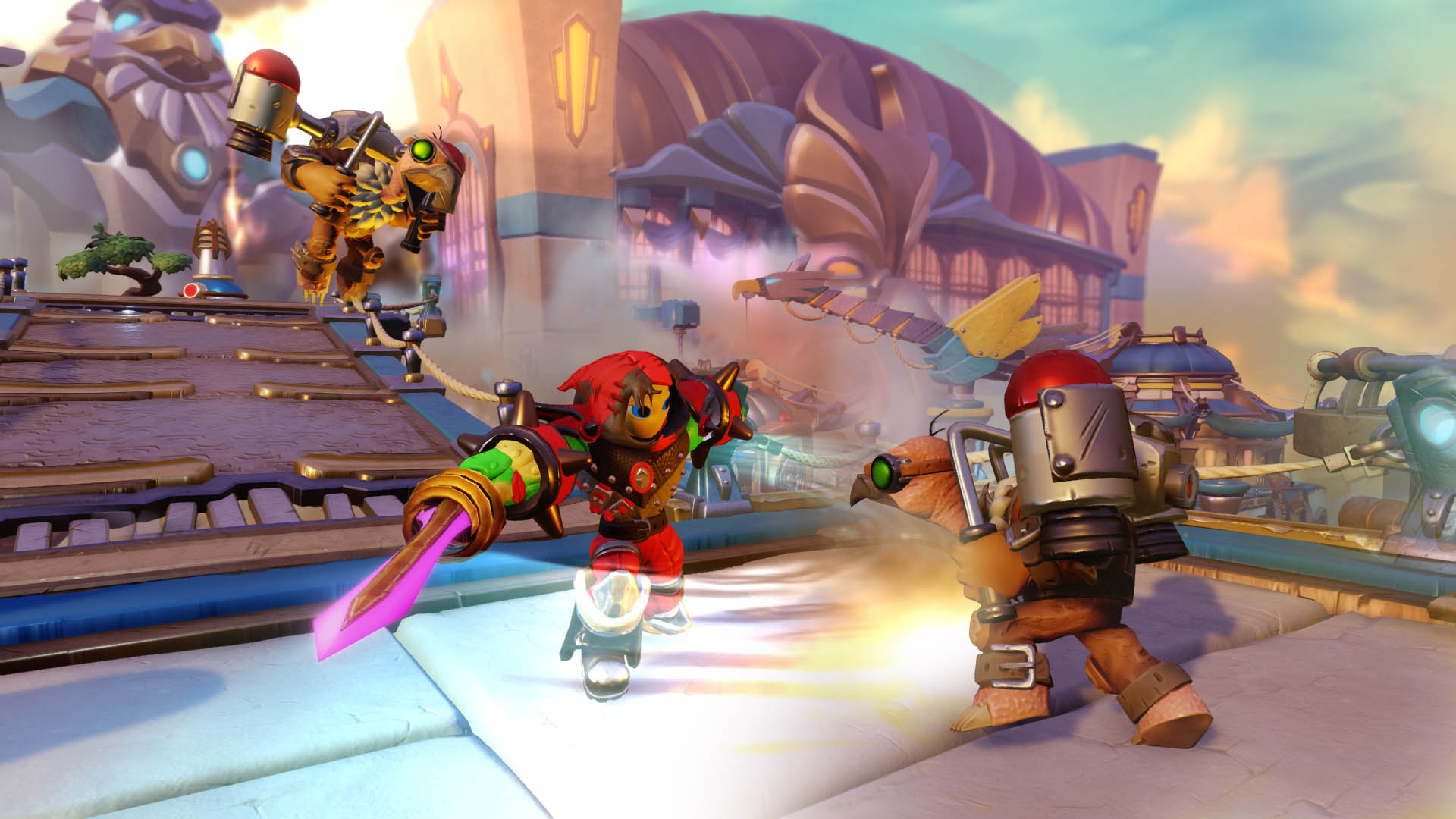 Skylanders Imaginators takes the series back to its roots after the vehicular distraction of last year’s Superchargers. It’s essentially the same game that Activision have been punting for years, but why fix what’s not broken.

The RPG elements added with the Creation Crystals give the game a little more depth than before and, of course, you can still use all your old Skylanders. As with previous games, Skylanders Imaginators is a bit of a money pit, but it is a well-executed, well-polished and very entertaining money pit.