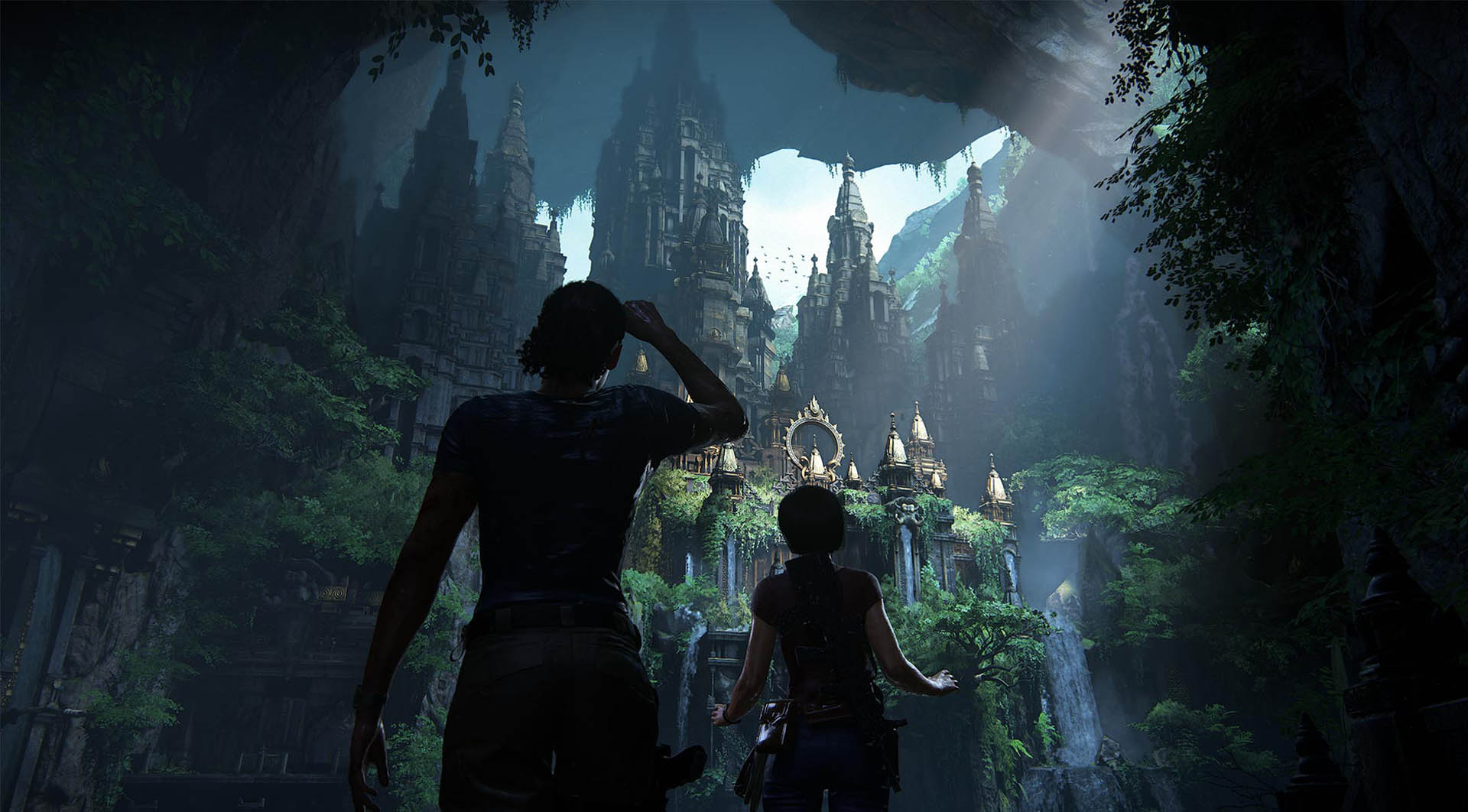 Naughty Dog’s Uncharted: The Lost Legacy started out as a single-player DLC pack for Uncharted 4: A Thief’s End. During development, however, the DLC morphed into its own standalone game.

The decision to continue the Uncharted series focusing on the franchises supporting characters is an interesting idea, and one that could pay dividends. It’s a credit to the strength of the brand and the bold creativity of the developers that they could retire the former lead, Nathan Drake, and continue with a new protagonist in Drake’s ex, Chloe Frazer.

The prologue sequence, which introduces the partnership of Chloe and former mercenary boss, Nadine Ross, is straight out of the Uncharted playbook. With a fairly obvious route, you need to navigate through a war-torn city, stealthily taking out soldiers in your way. When you met up with Nadine, all hell breaks loose allowing players to experience some of those fabulous Uncharted set-pieces as they high-tail it to safety whilst pursued by angry gunmen.

Instead of globe-hopping like in previous Uncharted games, The Lost Legacy, for the most part, focuses on one location, in a similar fashion to the last two Tomb Raider games. The adventure takes the unlikely partners from the streets into the Indian mountains.

The pair are after the tusk of the elephant-headed Hindu god, Ganesh. The game reveals Chloe Frazer’s Indian heritage, which seems like a narratively convenient retcon, this not having been mentioned before this game. It does serve to explain Chloe’s intimate knowledge of Hindu mythology and give the tale a more personal angle.

Players concerned that the female duo may lack the wisecracks of Nathan Drake will be pleased to know that the banter between Chloe and Nadine is just as entertaining. The incidental dialogue is very well written. Chloe and Nadine’s very different relationships with the Drake brothers causes some friction. Nadine blames the Drakes for the loss of her military contracting business, Shoreline.

The gameplay is similar to Uncharted 4, but adapted to suit the new protagonist. Chloe’s fighting style is different to Drake’s being lest brute force and more athletic. Chloe also relies a lot more on stealth- even getting a silenced pistol. Enemy weapons caches are opened via a new lock-pick mechanic, adding a bit of suspense as you hurriedly try to unlock a container before being spotted by the enemy.

This being my fifth Uncharted game, and having played through the others (unusually for me) multiple times, I’m a little over-familiar with the series’ puzzle conceits to the point that they never really gave me much of a challenge. The puzzles are ingenious, though, some being huge feats of engineering. 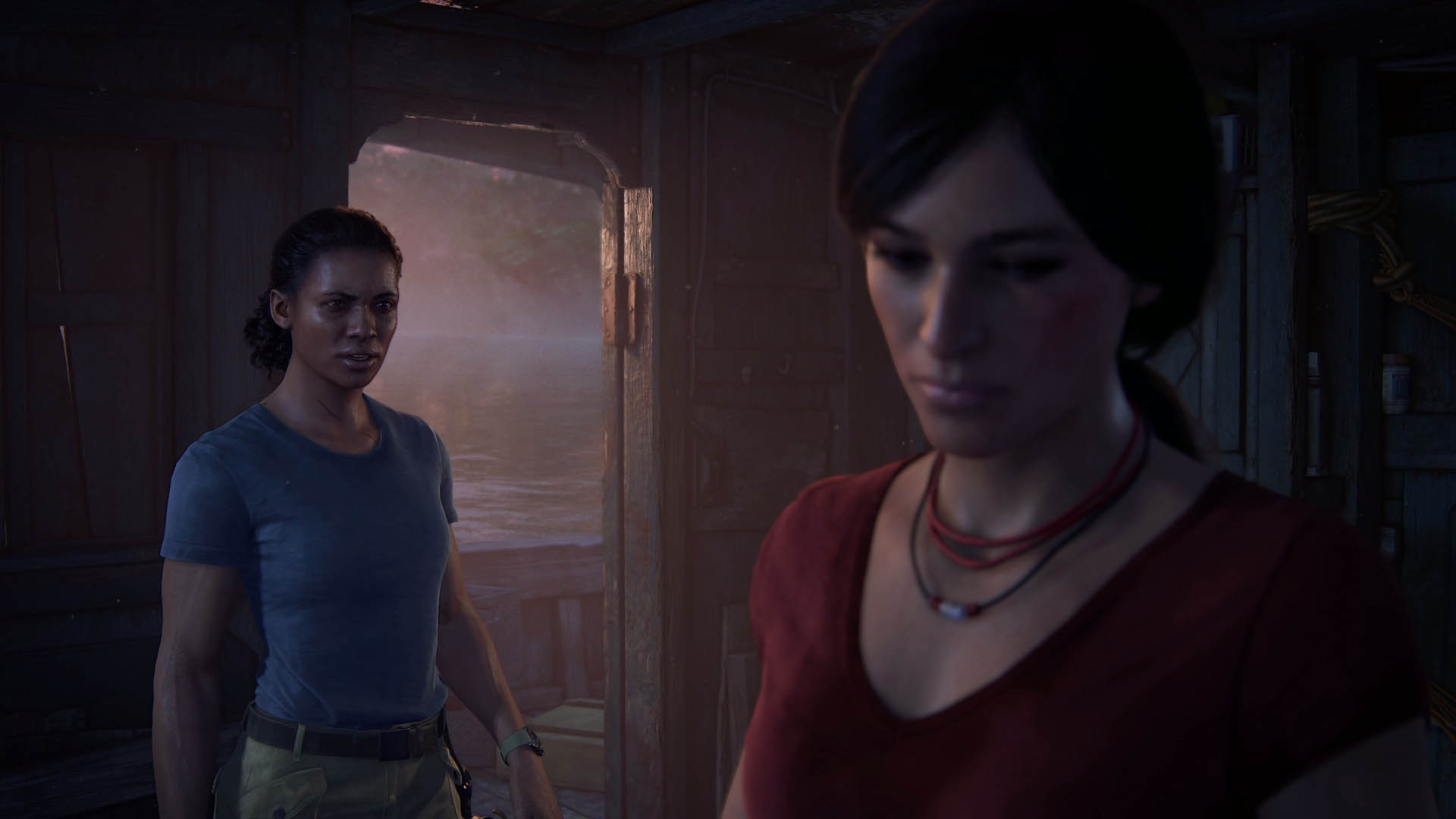 The game’s pacing is spot on. The mix of exploration/climbing, puzzles and combat is balanced to perfection, keeping the gameplay fresh and flowing. Not once did I feel fatigued. I could have played the game none stop for its ten-odd hours.

The game features a large section set in a huge open area. Players are able to explore the various structures by driving around in a jeep. The area is absolutely spectacular and an interesting departure from the usual, tight, linier gameplay that is the series’ hallmark.

As well as the main objective, an optional task in the open area grants Chloe a bracelet that help you to location the many treasures scattered about the game. As in previous games, each treasure is meticulously modelled and beautiful to look at. The more treasures you collect the more credits you get to spend on the unlockable extras, such as news character skins, concept art, weapons and rendering effects. 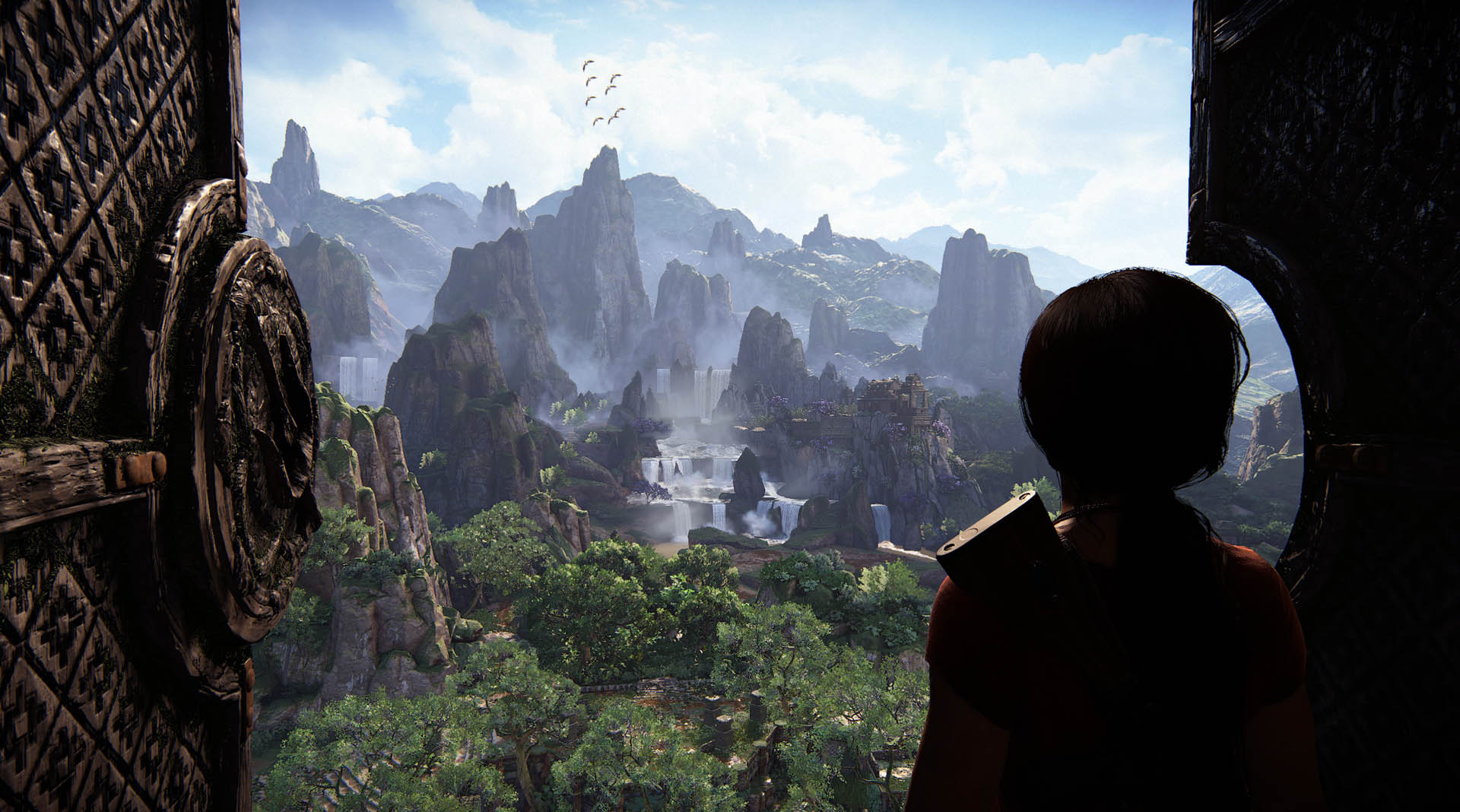 Visually, The Lost Legacy is superb. The lighting, the textures and the Level design are just as you’d expect from an Uncharted game. The scale of the environments is breathtaking. There’s some huge structures to traverse, and they all look practically photo-real. If I had to pick holes, I don’t like Chloe’s stooped resting pose. I wish she stood up straight when standing still. It looks odd in my otherwise beautiful photo mode snaps.

The game comes complete with the multiplayer mode from Uncharted 4. This offers players both the traditional multiplayer modes and the wave-based co-op Survival mode, as well as the single-player practice Trials challenges.

Whilst Uncharted: The Lost Legacy may have started out as an expansion of Uncharted 4, it is so much more. In fact, were Naughty Dog to put a “5” in the title, I’d have been fine with it. The game doesn’t miss a beat in delivering everything that you’d expect from an Uncharted game. 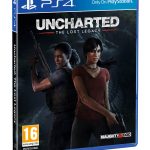