It has been two years since the last main entry in the Need for Speed series, a long gap by this franchise’s standards. Unfortunately, Ghost Games attempts at a series reboot feels lacking in inspiration. While the driving mechanics are up to the task, the game built around it, especially the out of place online-only integration, misses the mark.

The arcade driving mechanics are decent however it doesn’t really give you much flexibility in playstyle.I found myself relying entirely on sliding around corners. Slowing down to take a corner properly like you would in a driving simulator is too impractical to actually do. Sliding is satisfying and enjoyable though, especially when you pull off a perfect slide.

The game excels when it comes to performance customisation. A great description of what each part does as well numerically how it affects the performance is provided. Parts are unlocked as you level up in the game. The upgrades contain a good mix of pure performance boost and greater customisation options.

Although I generally avoid tuning cars in racing games, doing so in Need for Speed is a must. You can optimize your car for drift or grip. As sliding around corners is the most fun and practical way to race it seems a no brainer to go towards drift. While I did try grip, I couldn’t understand how it could ever be more beneficial. 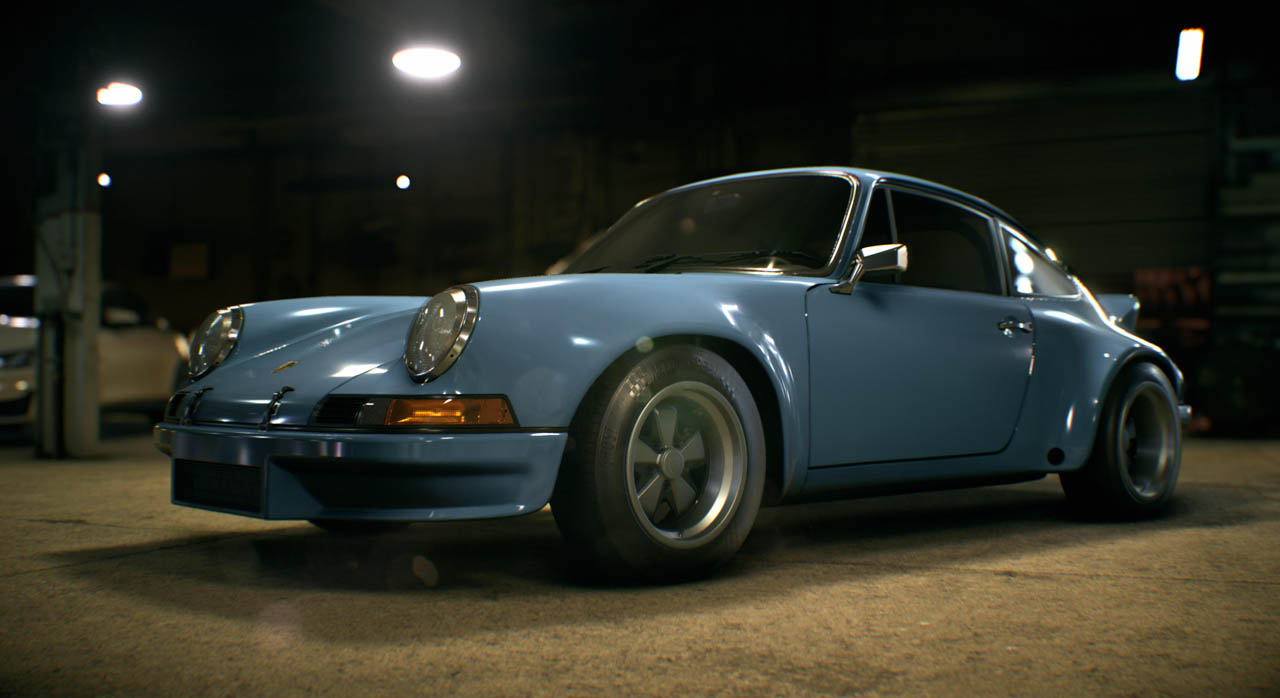 By default, your car is placed in a weird neutral ground where you don’t gain the advantages of either making turning corners somewhat awkward. Tuning your car is as simple as adjusting a slider. It will almost certainly take a few attempts to find an exact setting that feels right for you. Eventually finding that sweet spot is definitely worth it though.

While not as impressive as the performance customisation, the visual customisation is quite good. You can change specific parts of your car like the hood, change paint and apply decals. There is a decent range of paint and decals to choose from. The selection of each parts however is very limited and sometimes non-existent. Adjusting the visual look of your car is easy to do though and the results are very effective. 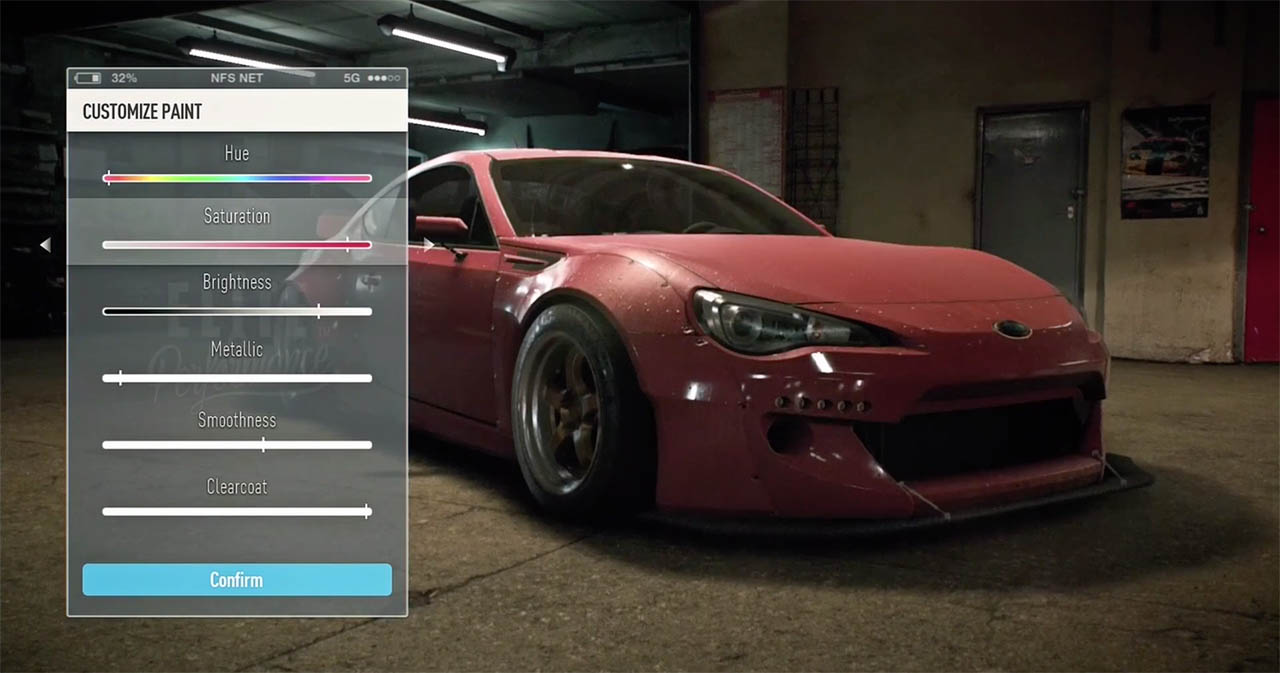 With large costs of upgrading cars and only 5 car storage slots, the game is certainly more about focusing on one car at a time. There is a lack of variety in cars available to purchase. The poor selection is further exacerbated by the cars been spread out in terms of prices. You really have to choose which car you want then save up to buy it rather than trying to purchase a car for roughly the amount of money you currently have.

The race types in Need for Speed involve a mix of speed racing and drifting. Despite numerous hours spent in drift races, it never grew on me. Drifting, at least the way I was doing it, feels awkward. The technique that seemed to give me the most points wasn’t the cool looking slide around the corner that I believe it should. Instead I found myself resorting to doing silly things where I could that weren’t really in the spirit of the game.

You select races getting to them via an undersized open-world.While you are free to drive around as you will, there isn’t much point in doing so. The few activities outside of racing proves to be unsatisfying and unrewarding. I soon found myself resorting to the ultra-convenient fast travel system to teleport between races as it seemed like a waste of time not to.

The world, for all intents and purposes, is set at night. There are glimpses of a dawn every now and again however these quickly transition back into night. While I could only assume this was to set the atmosphere, it feels very unnatural.

Need for Speed features a reasonably lackluster narrative focusing around a group of friends hanging out. While the script feels very low budget and the characters all feel like very generic stereotypes, the live-action cutscenes are surprisingly well put together and fit in well with the tone of the game. Each of your friends has their own story thread which leads to an encounter with a real-world racing figure. Although I didn’t know who these figures were, I did enjoy the idea.

The online integration proves to be an awkward fit for the game. In essence this means that a handful of other players will be driving around in your world. The world is sizeable enough that you will rarely actually run into someone, especially if you make use of the convenient fast travel system to go between races. And even if you do encounter someone, what then? There are limited ways to actually interact with other players, none of which are satisfying. In my few encounters with others we just completely ignored each other continued to our destinations. 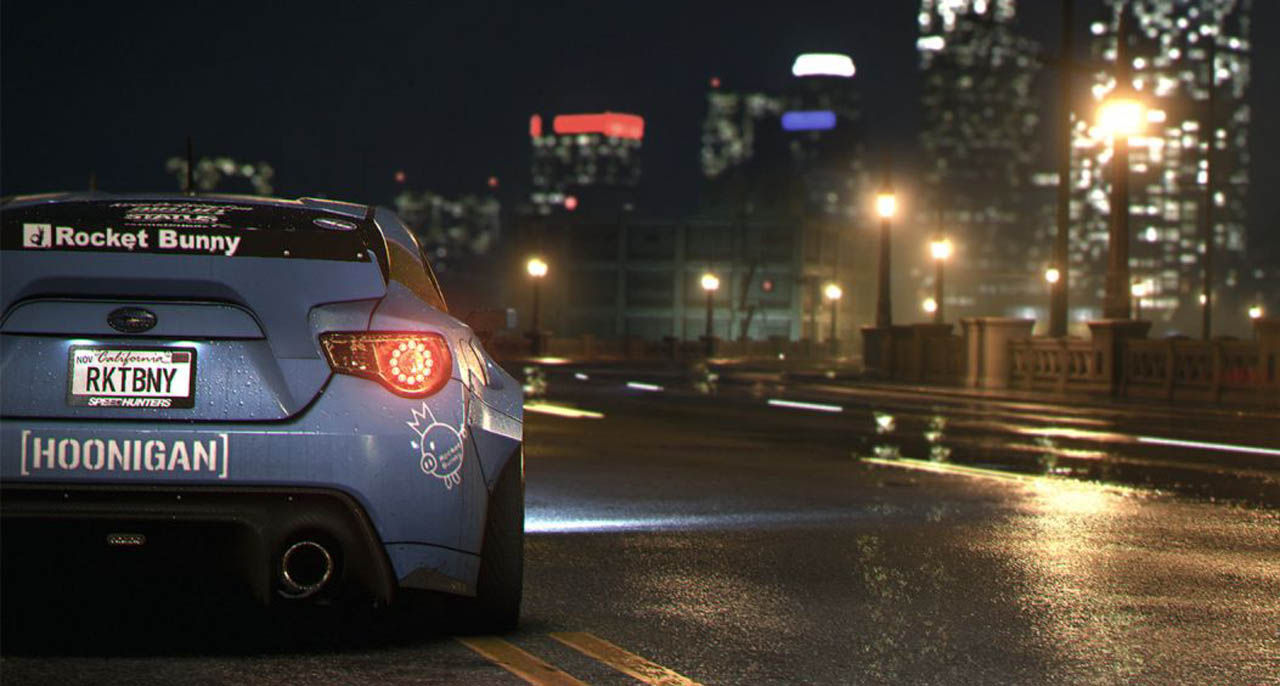 While online adds very little, it does bring with it the typical online-only problems such as the pain of having to stay connected to a server. This is usually forgivable when the online actually enhances the game. The most infuriating repercussion is the inability to pause the game. You never appreciate something until it is gone.

Throughout my time with the game I did encounter the occasional buggy AI. Several times I saw my opponent do something strange like go off in the wrong direction.  After failing a few times at a 1v1 race I decided to give my opponent a little nudge as we went around the corner. I’m not exactly sure what happened after that but a good 30 seconds later he was still at the same bend driving in circles. For all I know he is still out there right now. In another race I never actually saw my opponent. I’m pretty sure that he never appeared. At the very least something went wrong in the first few seconds to make him not even appear on my radar about 10 seconds in. 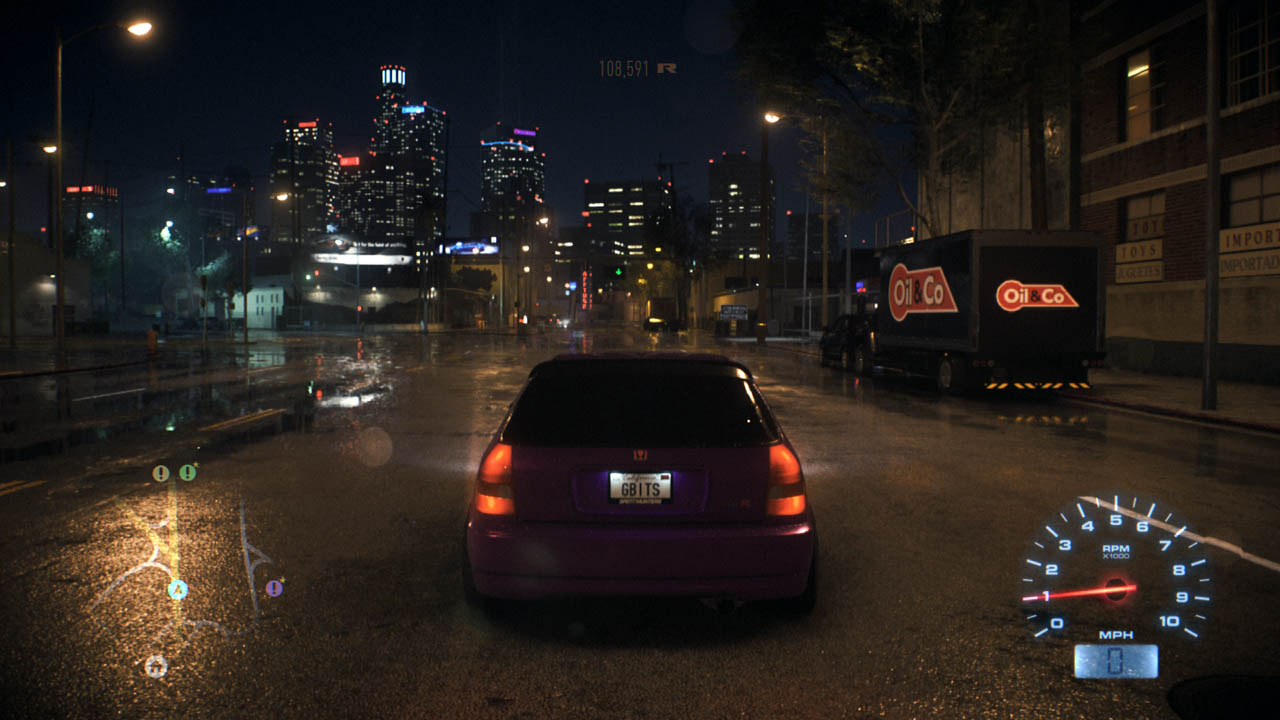 At launch the game featured annoying rubber banding AI. This basically means that if you get behind your opponents they will slow down and if you get in front they will speed up. While the intention seems to be to make each race close, it in practice only made each race feel disingenuous. Since launch they have put out a patch to fix this.

This fix though has exposed some issues with difficulty spikes. Having at the start predominately focused on a couple of story threads, I found that the last few races much too difficult. Going to any of the other threads though was ridiculously too easy.

Another annoyance I had with Need for Speed was the interpretation of restarting a race. Instead of throwing you back to the starting line as you may expect, you are thrown out of the race into the open world where you first clicked into the event. 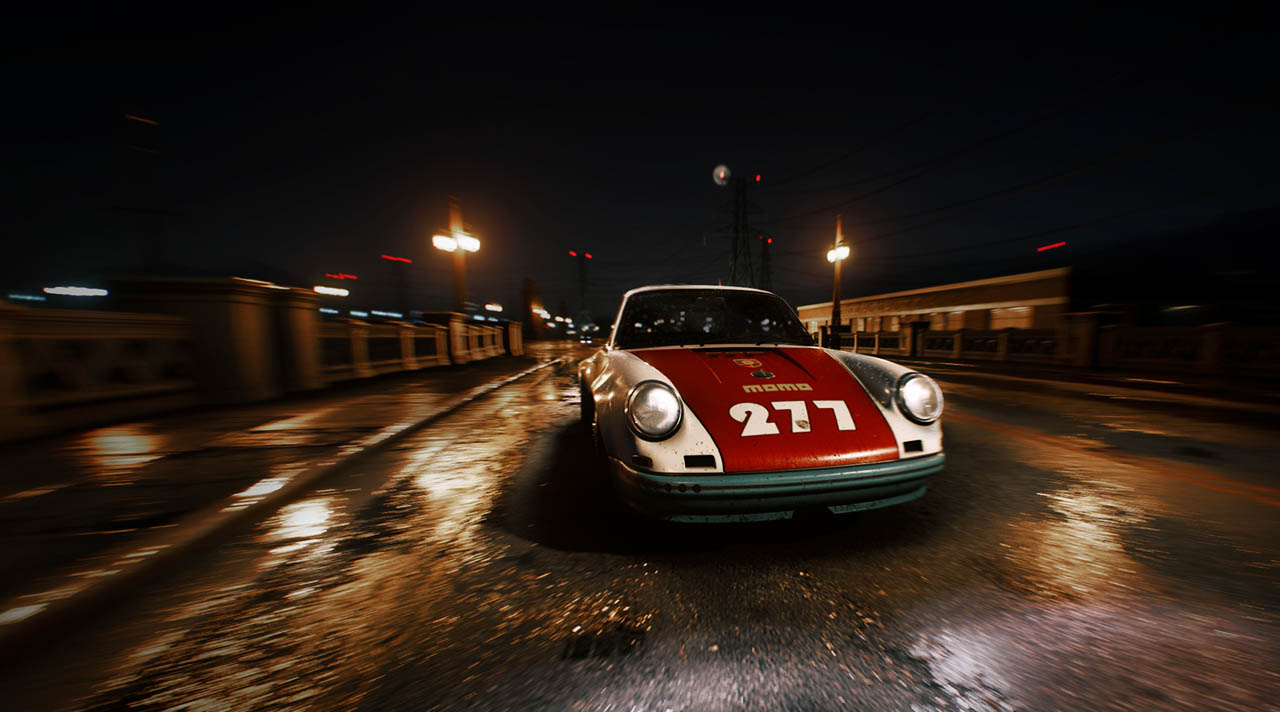 Given the uninteresting world, story and racing, Need for Speed needed something to keep gamers hooked. Unfortunately, nothing materializes. My assumption is the online was meant to be this X Factor. This however falls well short of where it should. As a result, I found playing through Need for Speed at times to be tedious and boring.