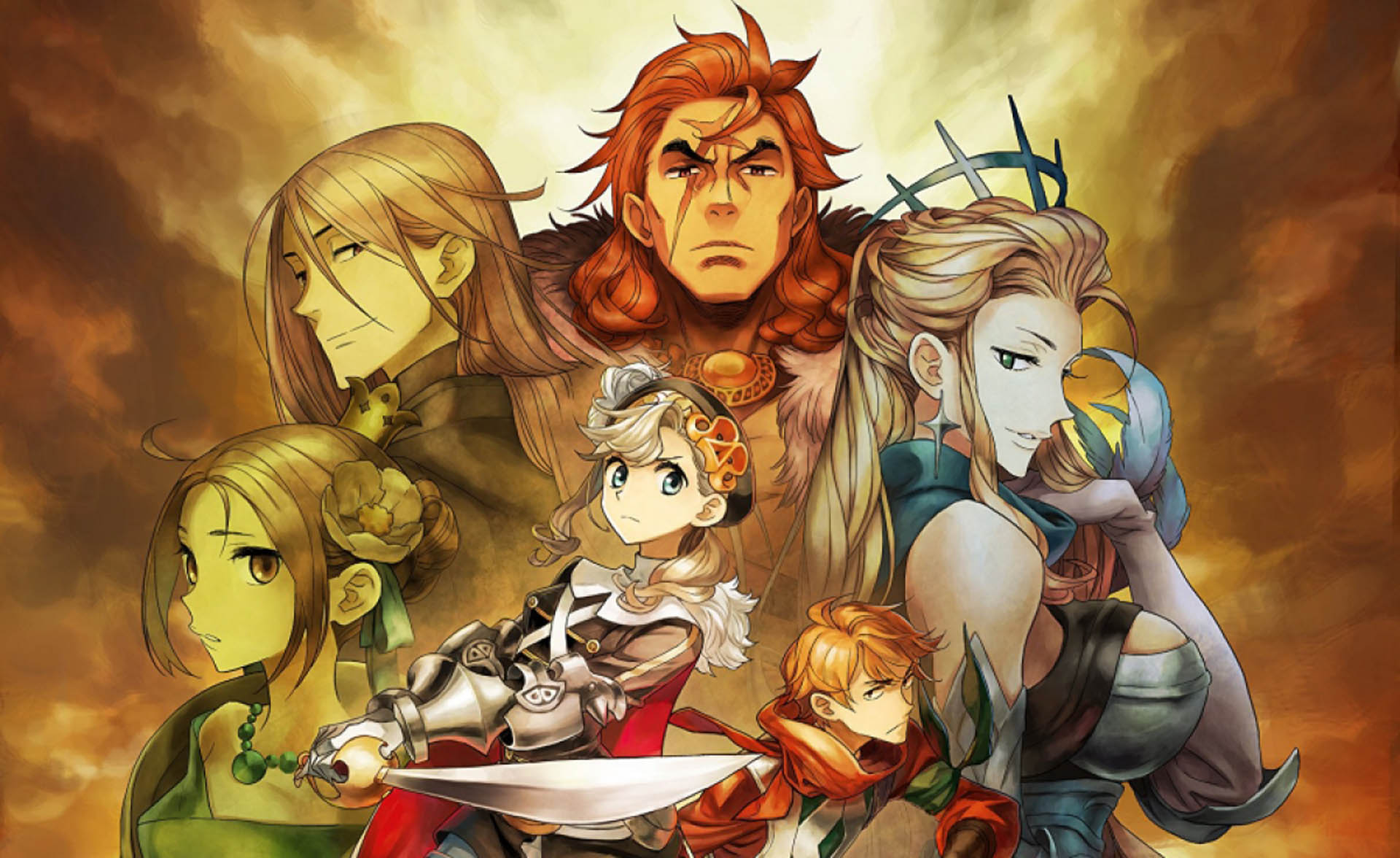 There is a lot of interesting and innovative ideas in Monochrome’s tactical RPG Grand Kingdom. Unfortunately, the execution of the ideas lets down what could have been a truly interesting game.

The basic premise of Grand Kingdom is that you lead a mercenary squad. The squad that you lead is made up of different teams which can each be sent to complete different tasks. A wonderful idea in theory but one that doesn’t turn out great in practice.

There is two distinguishable parts of Grand Kingdom, the continental war between four factions and the story. The former is online focused and the latter is purely offline.

In the continental war, you forge a contract with one of the factions and send out your teams of mercenaries to fight against other players online. You don’t have to control the teams yourself so this acts as the training ground for all except your main team. You have the option to control one of the teams if you want to but this proves a very shallow and unrewarding experience. 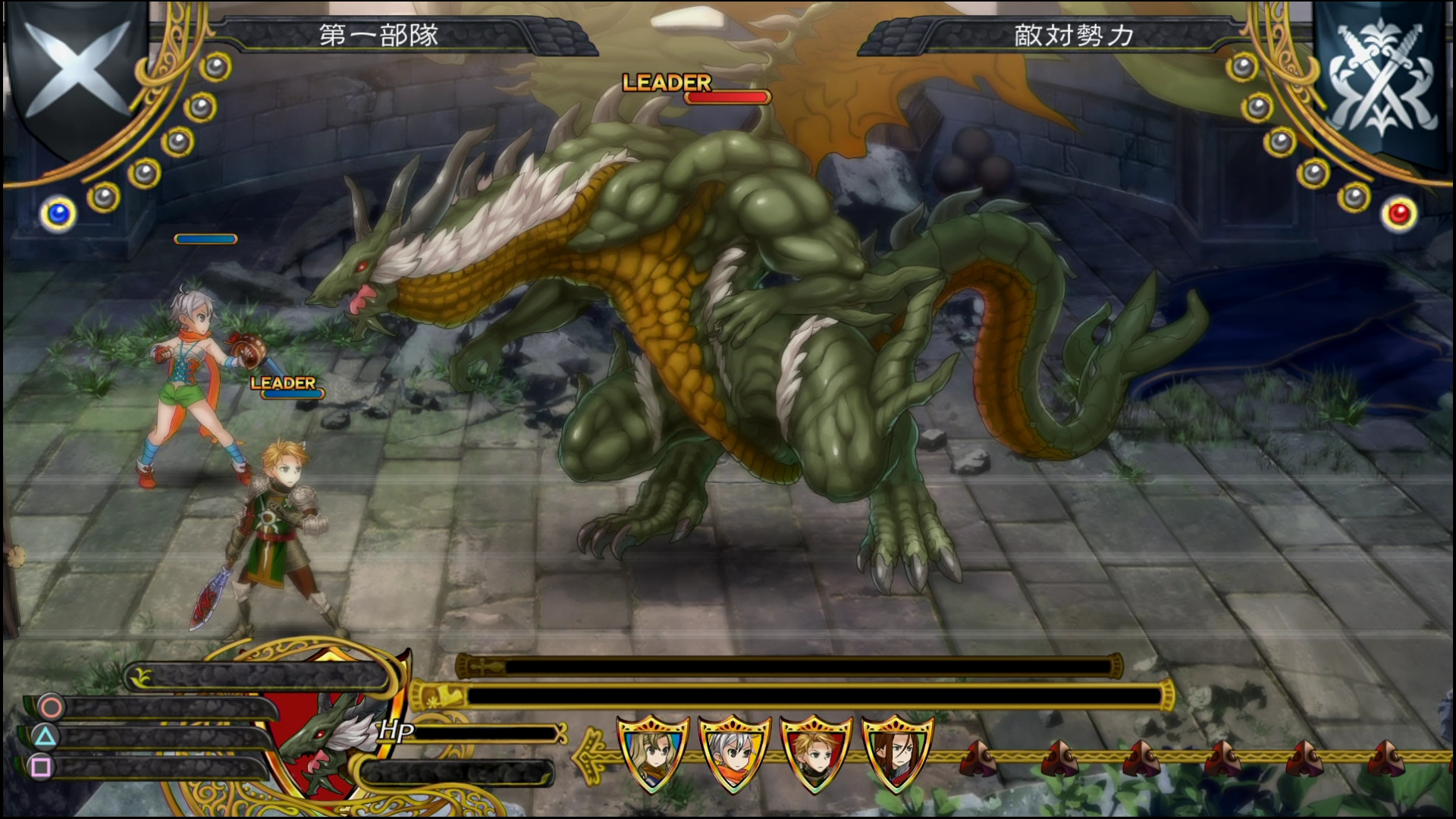 A major flaw with this online mode is that there is very little interaction with other players. While you will be fighting other people’s teams, they might not actually be controlling them and there is no coordination required with other people on your team. The experience is basically like playing a very simplified version of the main story mode, without the story or strategic Level design.

The story mode has major problem as well, being that the story isn’t very engaging. There is also a big disconnect between the story and the gameplay. The characters that participate in the battles are different to the characters that are in the cutscenes. As these cutscene characters are only brought out at story development moments, it is hard to get attached to them.

I also found the Level gap between story quests rather annoying. With just doing story missions I wasn’t able to meet the minimum recommended level for the next story mission. I therefore was forced to participate in the unsatisfying continental war or a rather bland exploration quest. 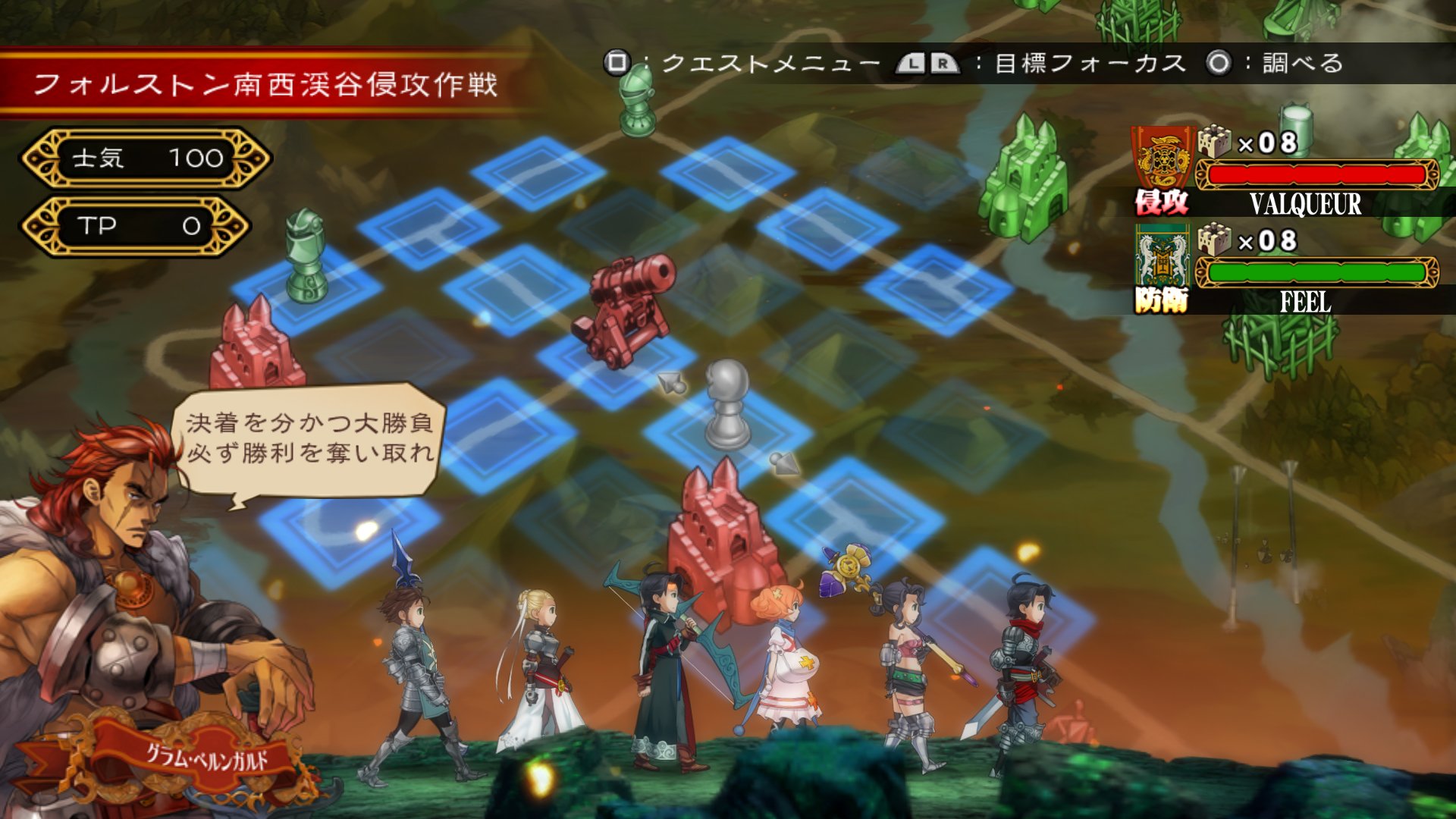 Although being a leader of multiple teams of mercenaries sounds like fun, it turns out to be a bit pointless when you can only actually control one team at a time. While you are out having fun, bonding with and leveling up one group, you send out your other groups on meaningless duties in the continental war to gain a pitiful amount of experience.

The disproportionate rate of experience gained between the groups you are controlling as opposed to the groups you aren’t makes it extremely difficult to swap characters between mercenary groups. As a result, there is very little room for experimentation with the different classes on offer. It also makes having multiple mercenary teams feel rather redundant.

These issues with the overall structure of the game let down the otherwise rather unique and enjoyable gameplay. One of the more novel ideas is the game board movement in quests. Each quest has a game board which you must navigate through to get to certain objectives. The game board is filled with multiple paths to take, enemies to battle, treasure chests to open and environmental hazards to navigate through. 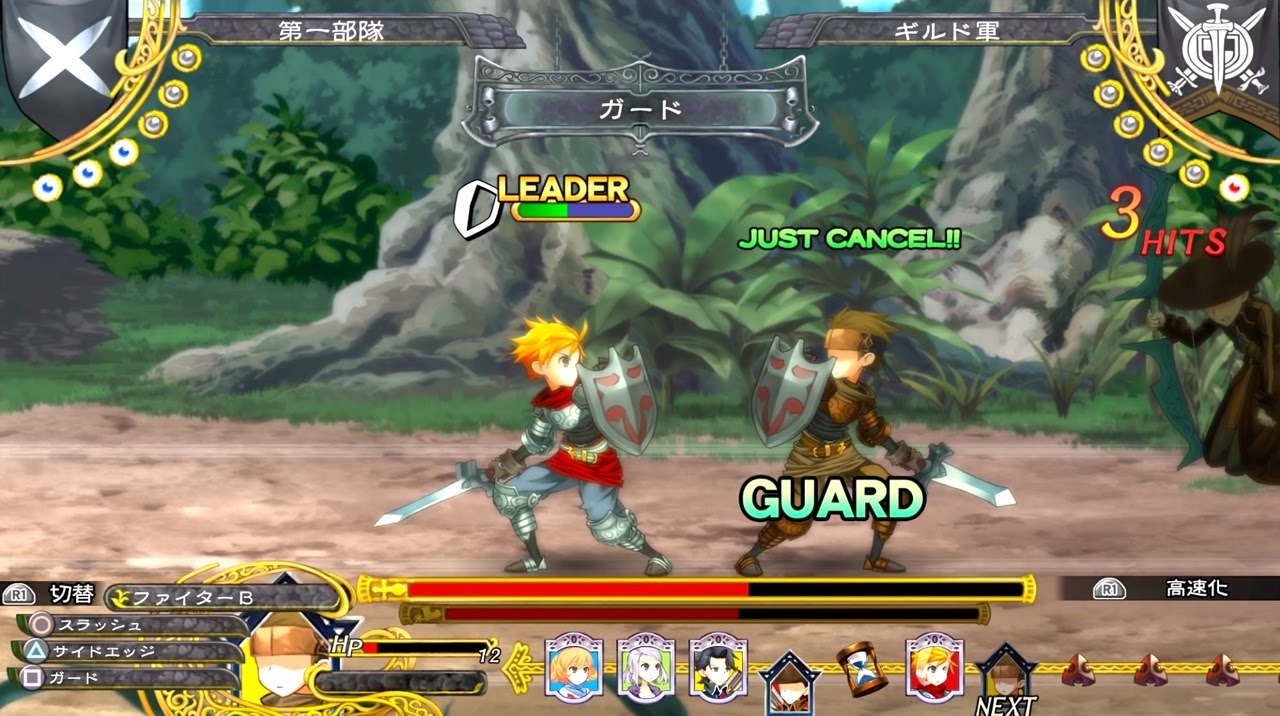 Every movement and battle turn counts as an overall turn in the quest. You only have a limited number of quest turns and you don’t always know how many more sub-objectives are left. This means you have to ration out your turns by making calls on which direction to go, which chests you will collect and who you will fight. You can’t always do it all.

It isn’t only turns that you must ration out but health as well. At least one of your characters will be damaged in every battle you participate in. You only have a limited number of items to restore health per quest. You must therefore choose your battles and plan your path wisely. Do you take the short path and fight an enemy or take the longer route and avoid a battle?

The battles use a turn based system. Characters move along or jump between one of the three 2D planes. 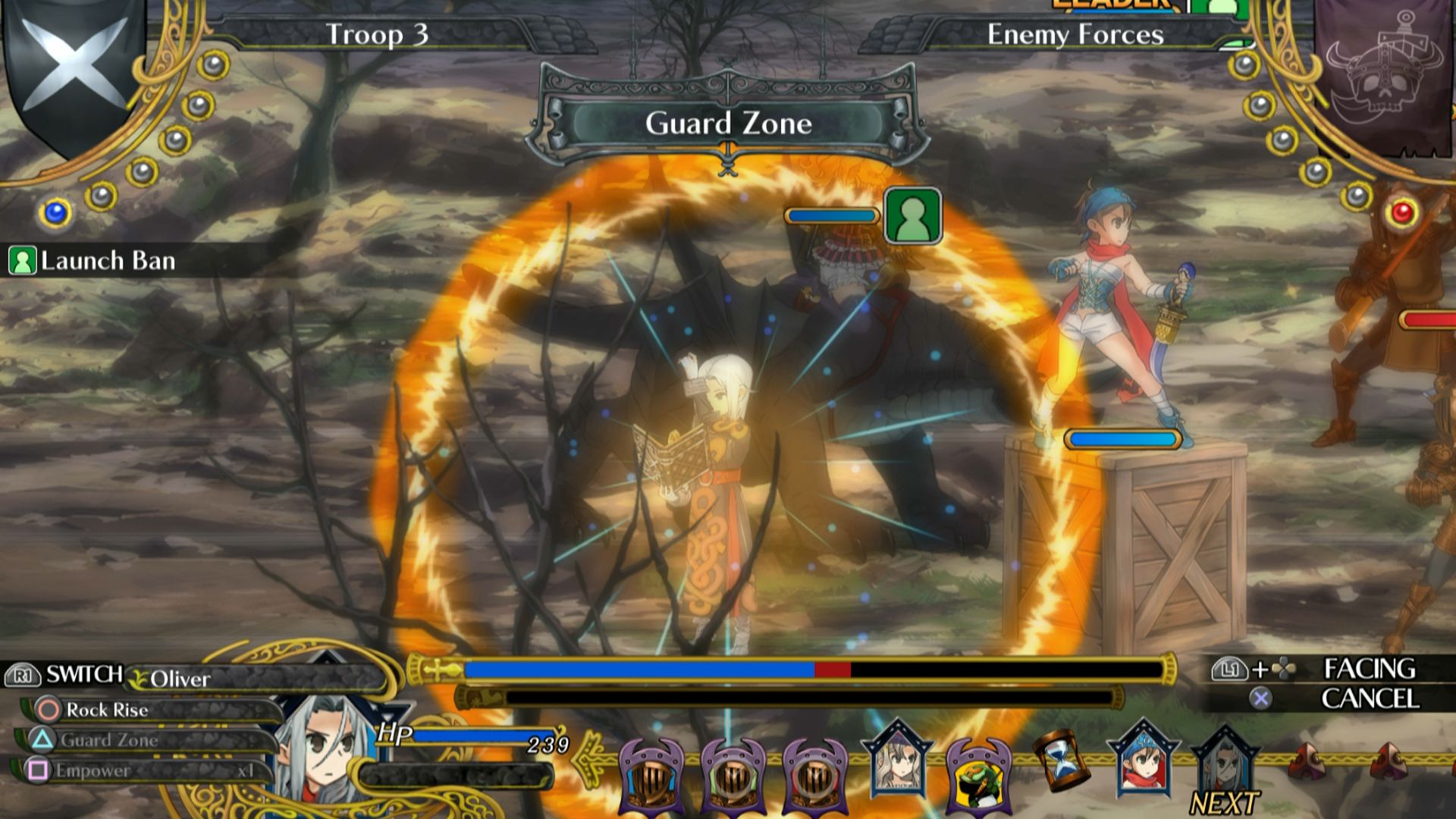 The big problem I had with the battle system was a lack of customisation and strategy. While you can choose the class you use, there isn’t very much customisation you can do outside of that. You unlock certain skills at certain levels rather than being provided with a choice. I also found there to be a clear distinction in usefulness of the skills which drove my decision on what to choose.

Battles also tend to play out in the same way due to limited variety of tactics that can be employed. There are specific things you are going to do in specific situations. As a result battles can feel very much like rinse and repeat. My initial liking to the battle system began to dissipate after a while when I felt like I’ve played the exact same battle against the exact same enemy a hundred times over. 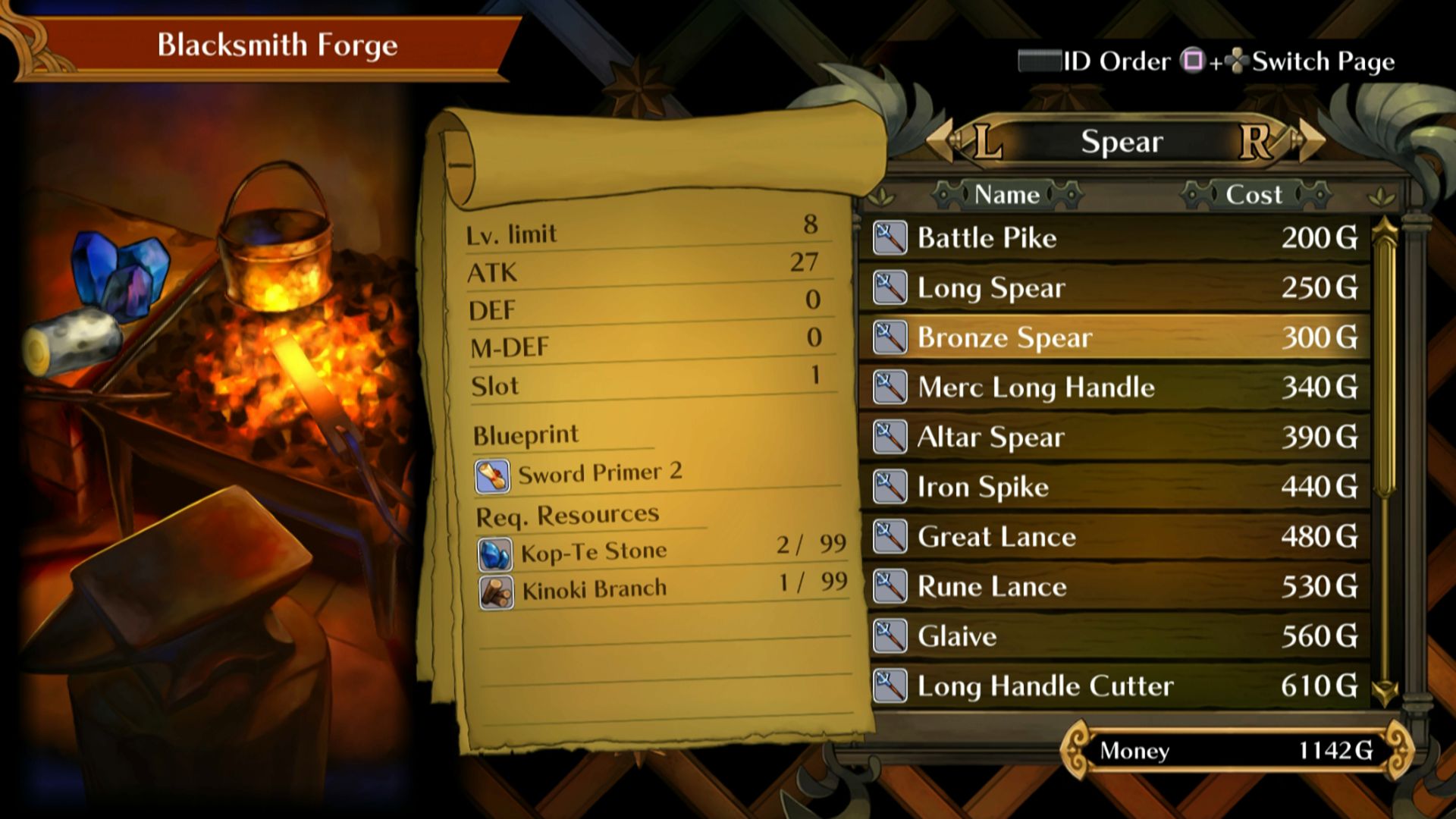 Two aspects of the game which I really enjoyed were the visuals and music. The game has a gorgeous cartoony visual style which I thought looked great. The soundtrack was also very good, although it does get a bit repetitive after a while.

Grand Kingdom is packed with unique ideas that I haven’t experienced in any other game before. The structure of the game does spoil much of the potential the game has. The battle system is initially interesting but it does get very repetitive after a while. If you are looking for something a bit different and can accept a few flaws, then Grand Kingdom may have what you are after.