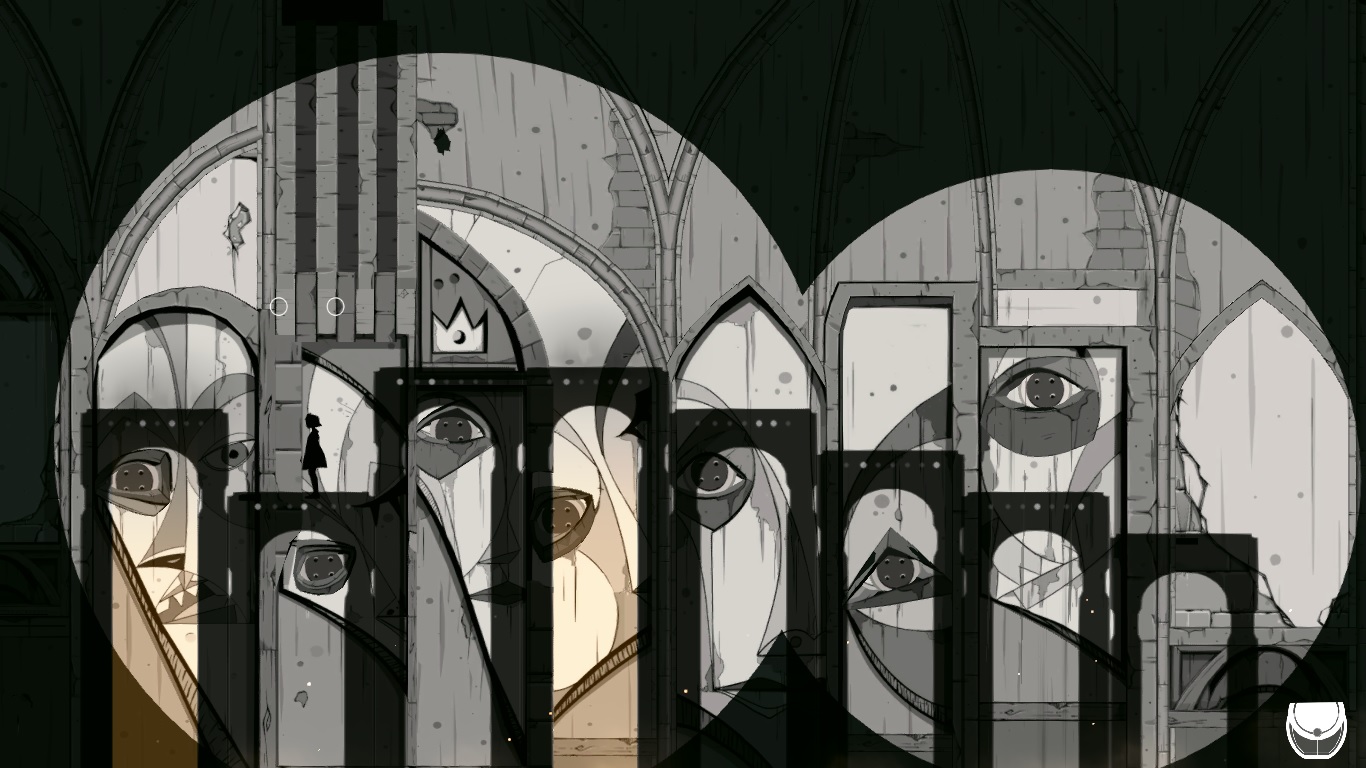 Iris.Fall is an indie adventure puzzle game with an interesting Alice in Wonderland meets Contrast theme. The obscure and creepy tone of the game coupled with the light and shadow theme gives the game a distinct tone. Unfortunately, the game is a bit too slow paced and vague to be most people’s cup of tea.

The game is only about 3 hours long. While that may seem too short, I found myself actually relieved when it came to an end. Playing the game had already starting to become a chore by that stage and the initial charm of the unique theme had worn off. 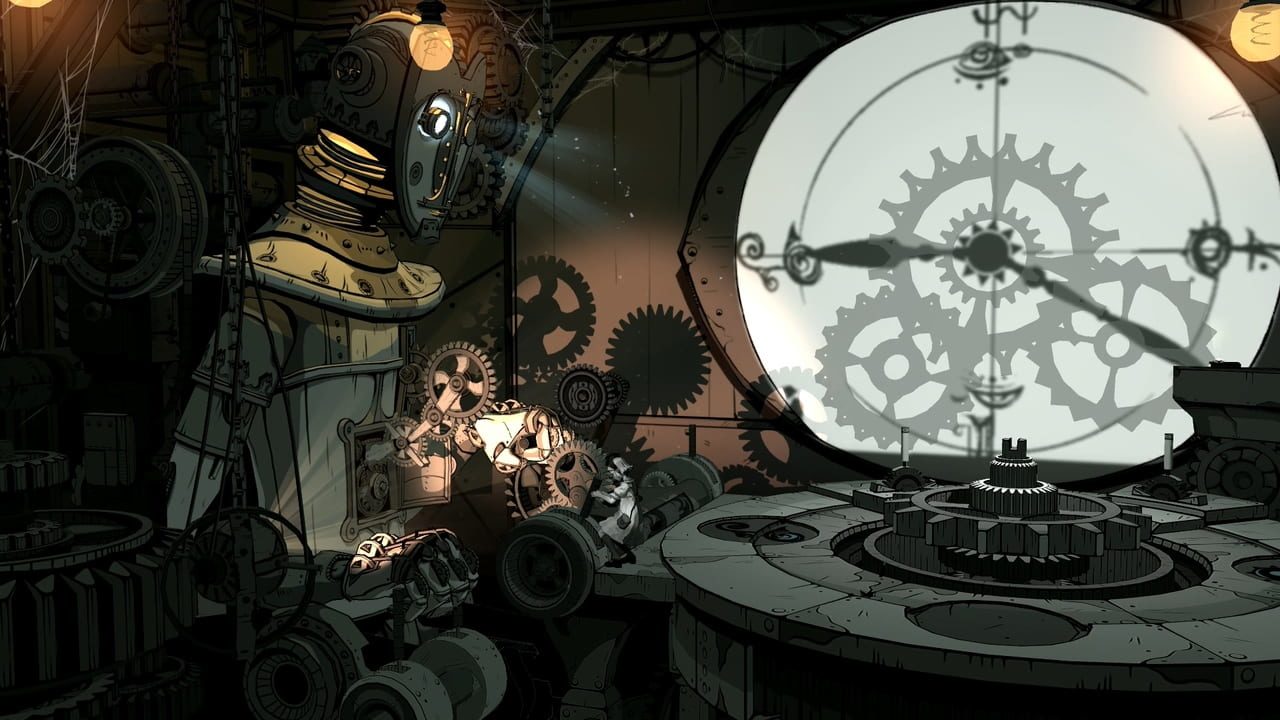 Throughout the 3 hour campaign, you will be solving dozens of puzzles practically back to back. Similar to Contrast and several other games out there, there is a reoccurring puzzle element relying on jumping between the real world and a shadow world. While this is the main reoccurring type of puzzle, the game branches out to several unique puzzles that rely on other mechanics.

I’m a bit torn about how I feel about the puzzles. On the one hand, they are clever, creative and well thought through. On the other hand though, they aren’t particularly fun or challenging and occasionally they become a bit time consuming or tedious. As I previously mentioned, I was over the game by the time it reached the end. An underlying reason was because I started to find the puzzles tiresome. 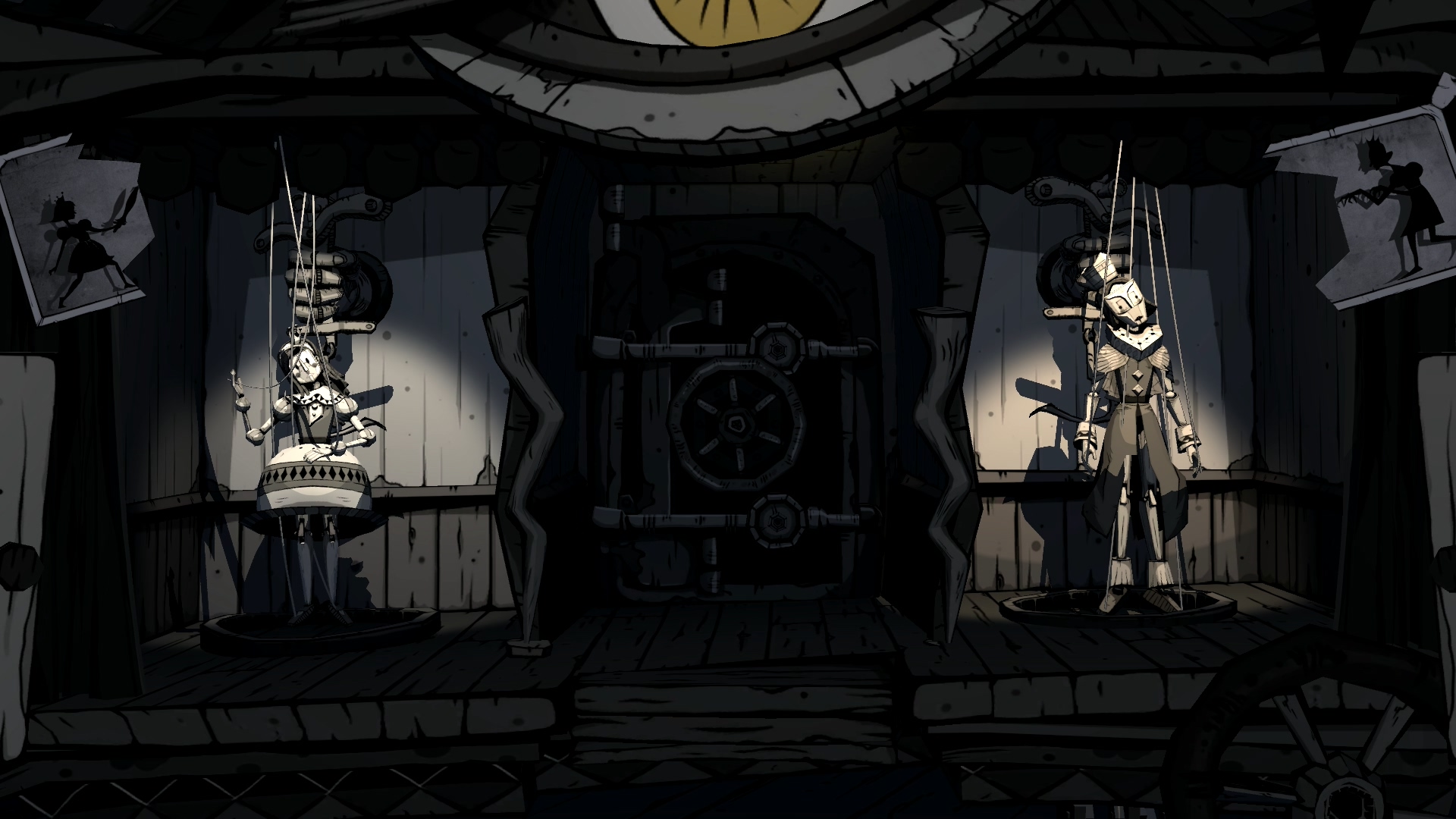 The gameplay is very basic. You can move your character about the world, which is very mind numbingly slow, and you can click on things to interact with them. Unlike many other adventure puzzle games I have played, the only things you can interact with in the world are things you need to solve the puzzle. There are no red herrings or lore enriching objects, just the few things you needs.

The story that unravels in the game feels more like some vague concepts that a solid driving plot. The game begins with a girl waking up from a dream into a world that still seems very much like a dream. You then follow a strange black cat for the next three hours until the game decides to wrap up and you are treated to a final cutscene that doesn’t explain anything. 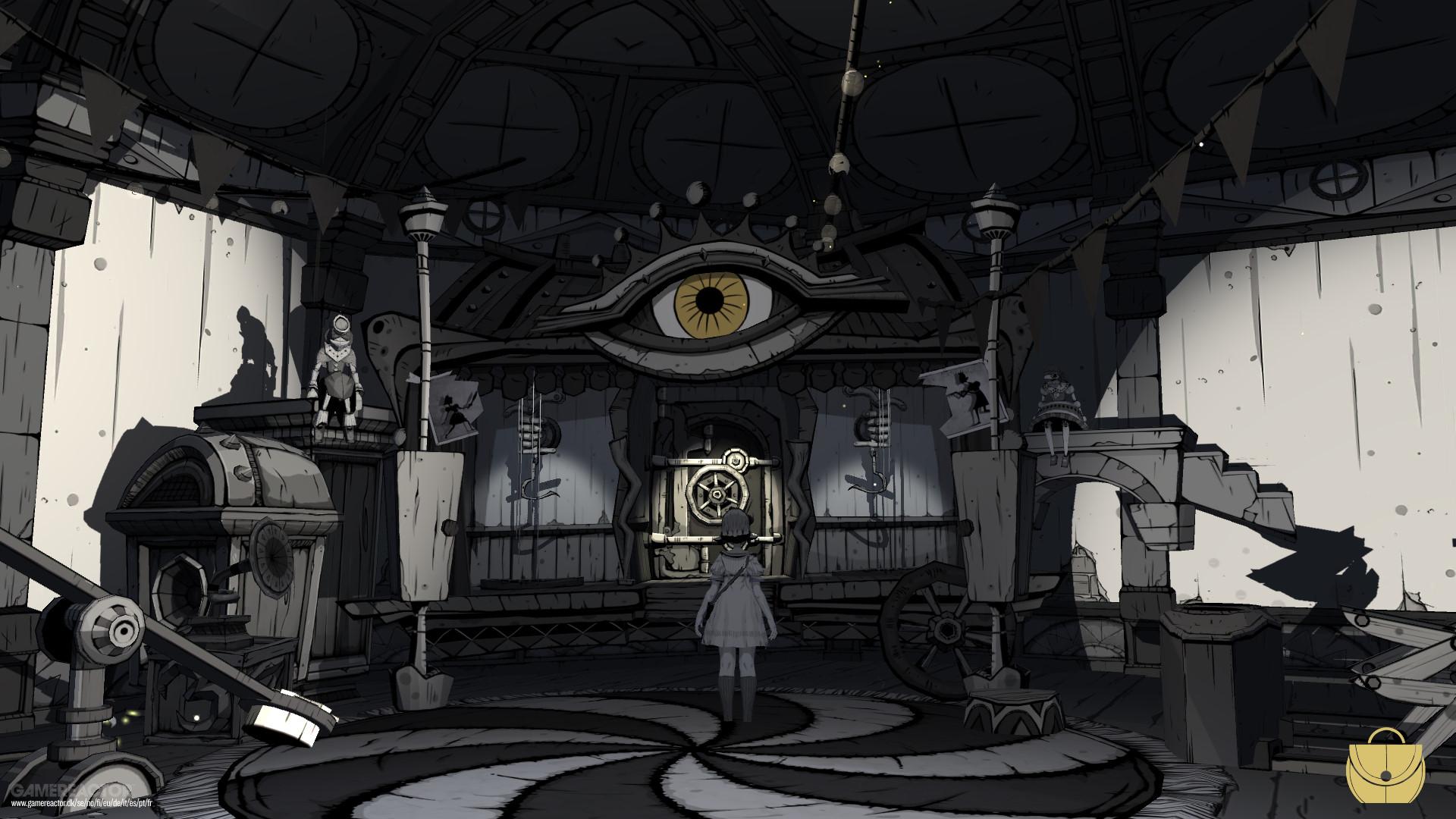 My original Alice in Wonderland comparison is largely about both the story and the world. From eerie giant eyes to creepy wooden dolls, the world that you encounter will feel like utter madness. The level of detail put into the environments is really impressive and does wonders to draw out the unique theme of the game. The game uses gorgeous monotone visuals with the occasional splashes of colour to break the monotony. The end result looks really good.

The music is another highlight of the game. Not only does it perfectly compliment the tone of the game, it generally is just fantastic. It really is a game where the artistic component outshines the game component.

Despite its gorgeous monochrome visuals and enchanting music, I still find it hard to recommend Iris.Fall for the average gamer. The game packs very little content and what content is there does get a dull before too long. The puzzles are a mixed bag, being very creative at times but still overall felling a bit too slow and unchallenging.