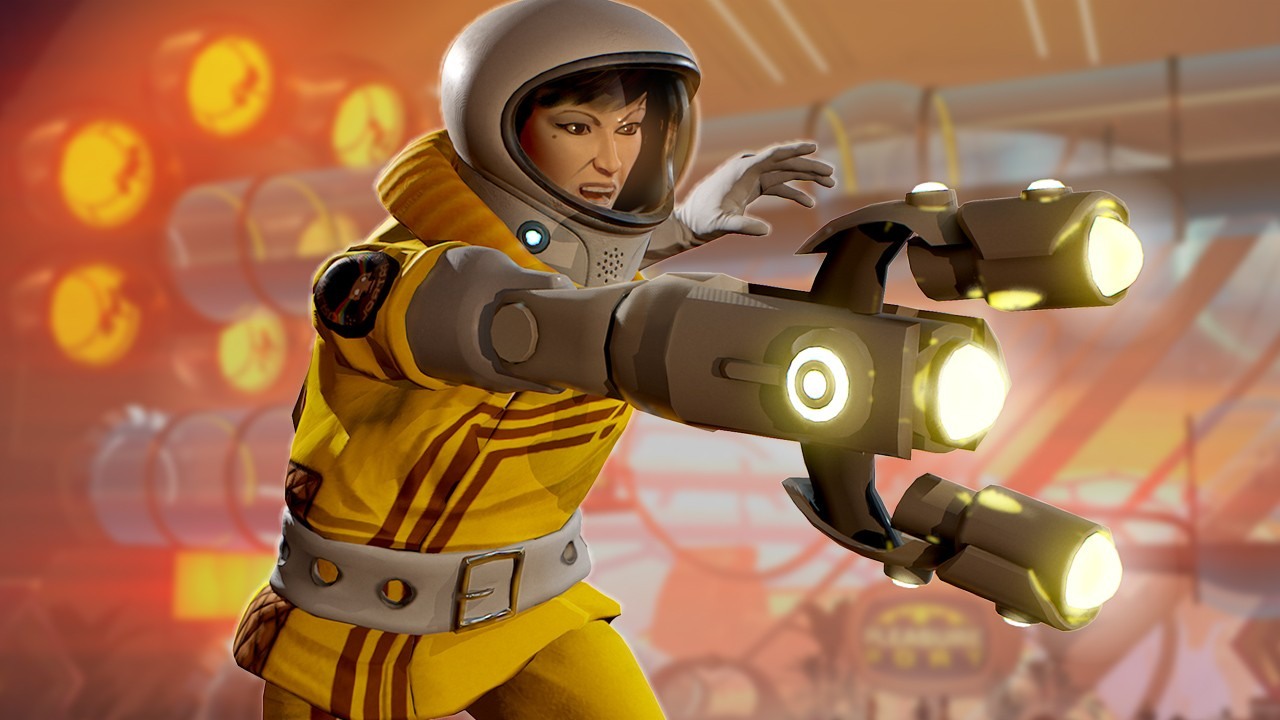 If there is one thing I expect to find in a game by Double Fine it is weirdness, in all of its forms and Headlander is in no short supply.  For the most part it is a solid Metroidvania title, but what makes Headlander stand out from the crowd is the aforementioned Double Fine spin on the title.

In Headlander the biggest spin on the title is the premise, where your character awakens to find themselves as a head in a helmet which attaches to the body of a robot.  Thanks to the head being cut off at the neck the protagonist cannot speak, as you are quickly advised of and as such the story is assisted by an AI helping you to the end. 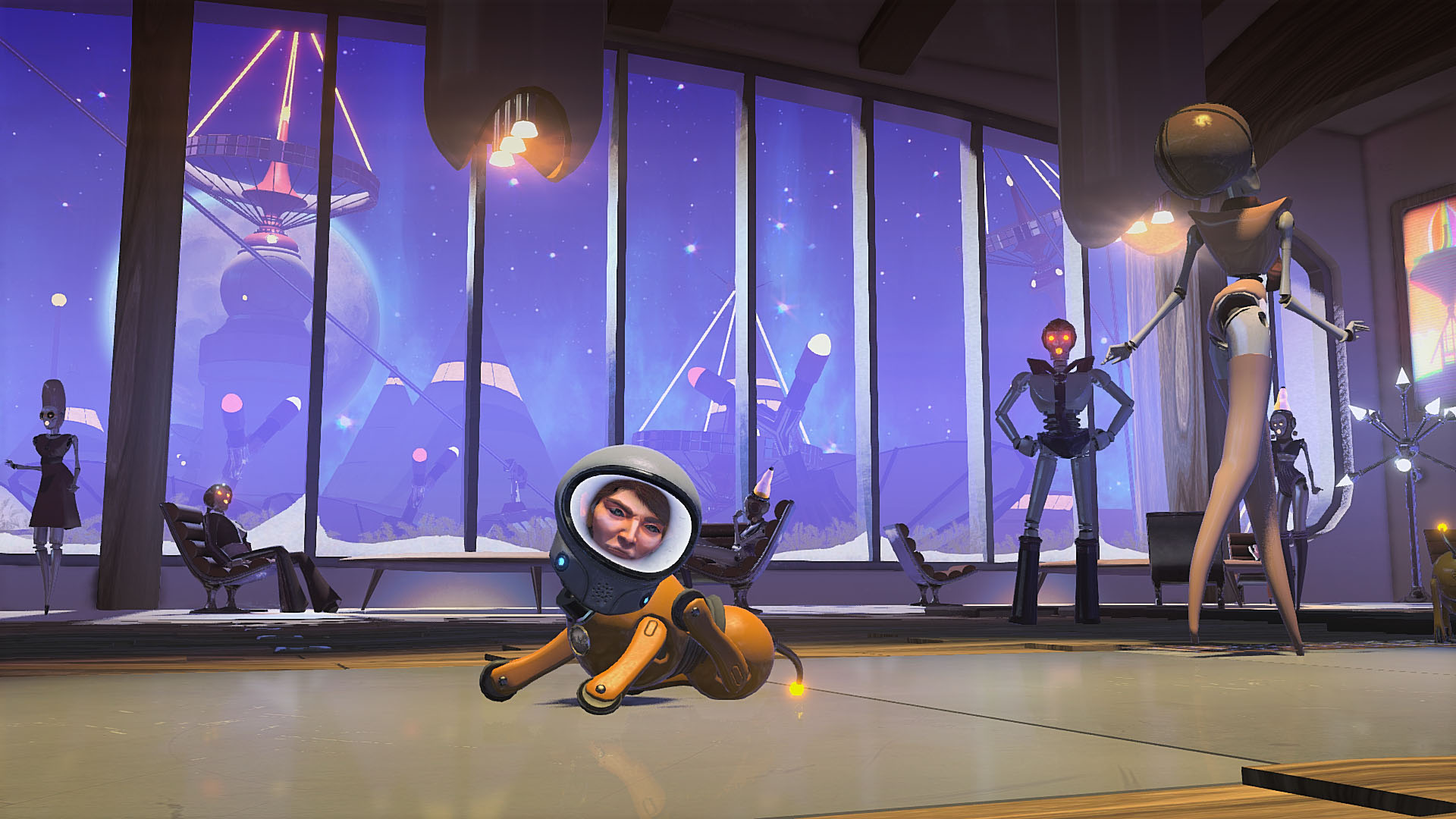 Your character, which I am being vague on as you can pick from three and they have no personality, is able to detach from the body and fly around and attach to other robot bodies.  This can be achieved by shooting the head off before you launch from your current body, or when you are in flying head mode you can use a beam to yank the head off a body to take over it.

This is the main mechanic that makes the game unique and the puzzles are regularly built around it.  The head removal beam is also used with other things like devices that can be pulled apart and entrances can be opened by yanking things out.  On top of this is the attachment to things other than fighting robots, there are specific robots which can be used for certain areas, like the cleaning robot allowing you to go through certain hatches and attaching to inanimate objects like lifts or laser control systems to move/disable obstacles. 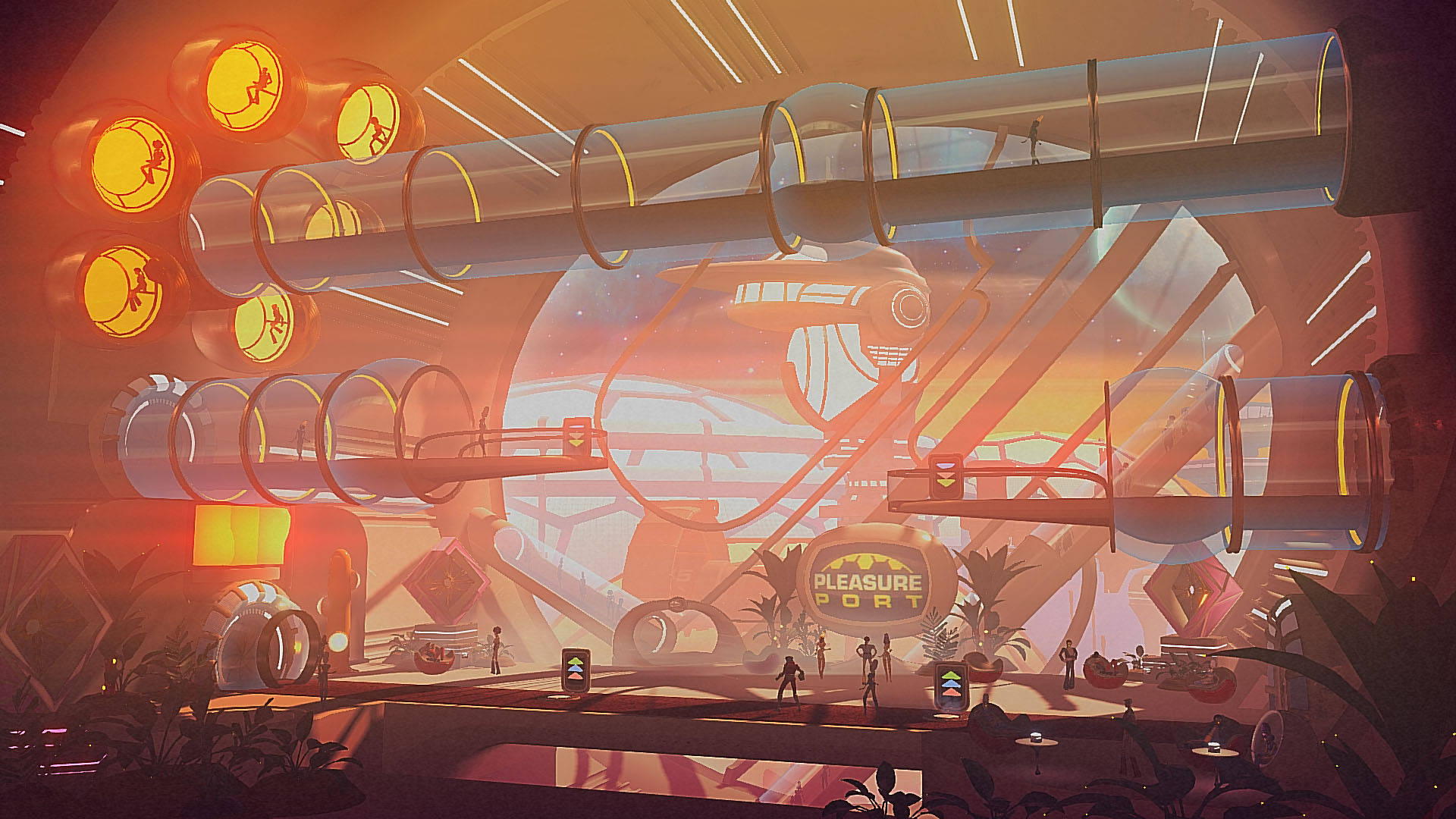 The other major purpose is robots come in certain colours and are needed to open certain coloured doors, a fairly simple mechanic but with creative level design this can still present a challenge in the process just getting one close enough.

This is what I loved the most about Headlander, its difficulty.

Like most from Metroidvania it involves a lot of back tracking and the level sizes are just big enough that it is worth making backtracking as efficient as possible, but not so big that it becomes a chore.  On top of that balance they also managed to make it so the difficulty is just hard enough that you may come to a standstill now and then, but most puzzles can be beaten by just taking a moment to think about it and experiment a little.  This is exactly the level of difficulty I like in these games, enough that I have to think about it, but not so much that you will be stuck in a little room for an hour, throwing your controller in frustration. 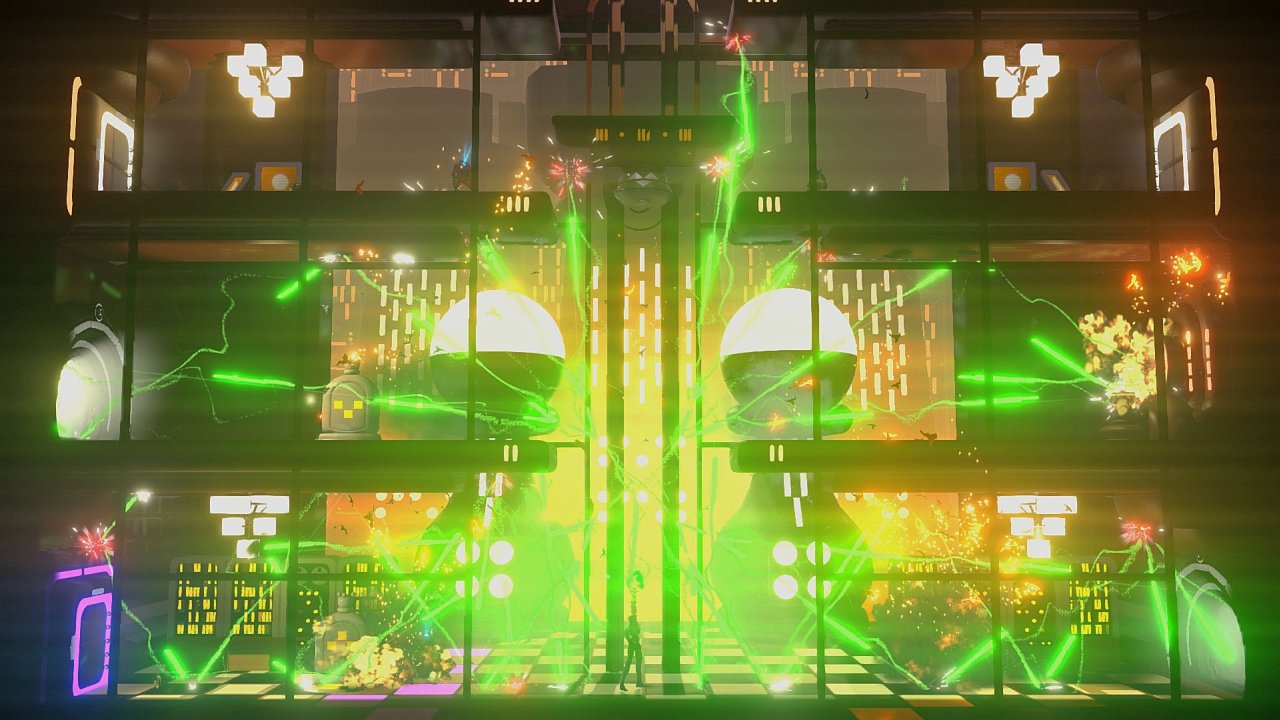 Aesthetically it is a pretty enough game, it looks like a Double Fine game with its slightly exaggerated body parts.  It is not the most detailed but it does not need to be.  Both the menu and death screens look very inspired by classic games.  Sound wise the bulk of the noises are either 70’s feeling, or robotic sounds/voices mixed together.  Nothing about the aesthetic or sound made me jump with excitement, but they definitely were not bad.

All in all, Headlander is a very solid Metroidvania title.  It is not too big, difficult, or long, instead it is just hard enough, just big enough and just the right length for a very fun play through.  It is weird and wacky as you would expect from a double fine game with a 70’s vibe binding the game together for a decent all round package.