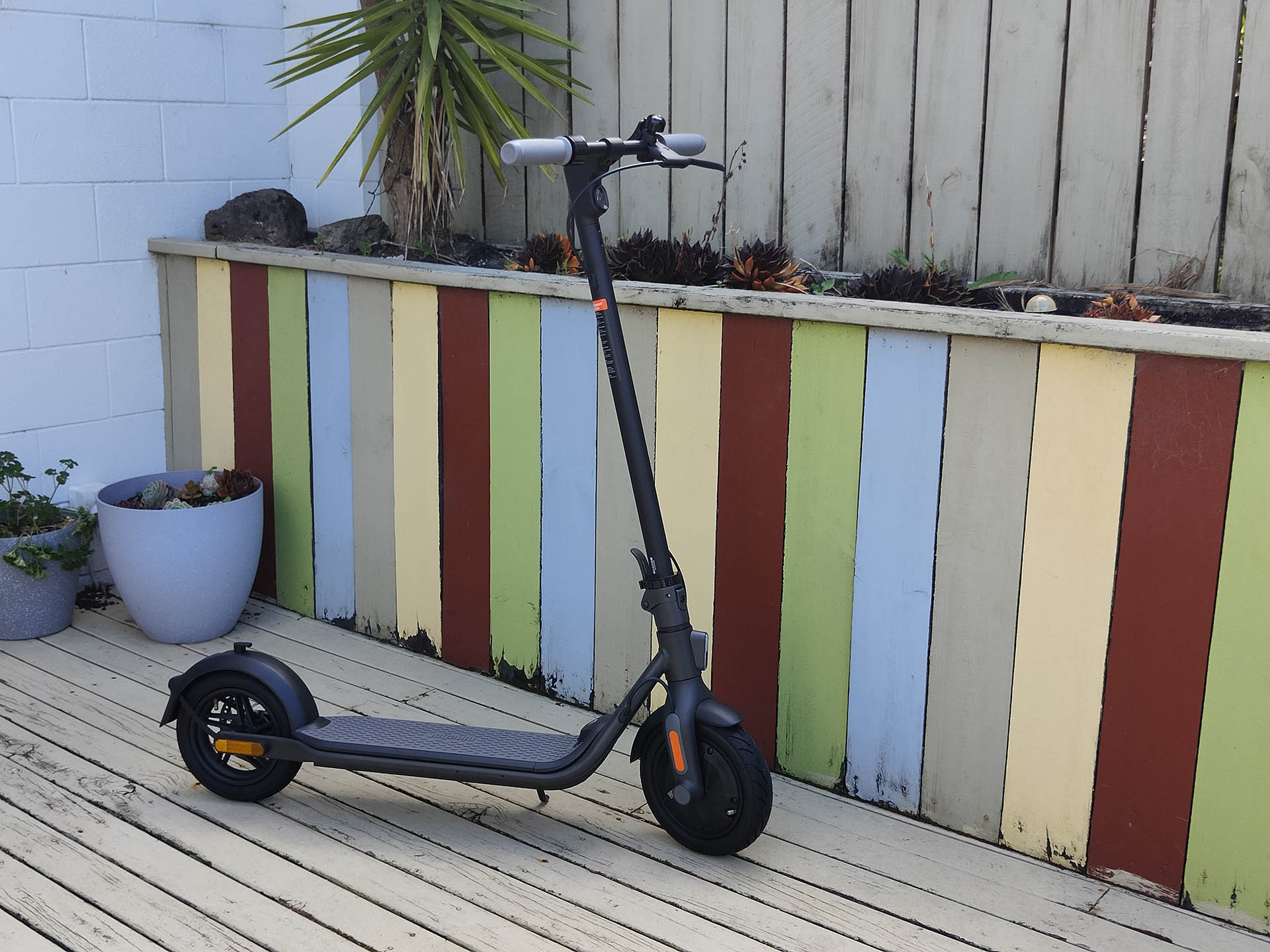 Kick it and get yourself moving around the streets in Segway’s newest bad boy on the block, the Segway Ninebot F Series Kick Scooter.

We received the Segway Ninebot F20A which is a budgetly priced full adult size electric scooter that has pretty much all of the bells and whistles of the more pricier models with a super bright white LED headlight and rear red tail light.

A small dashboard gives you the info you need as you glide through the mean streets. Your current speed, charge status and bluetooth connectivity.

The F20A will get you a maximum distance of 20kms going at a max speed of 25kms. 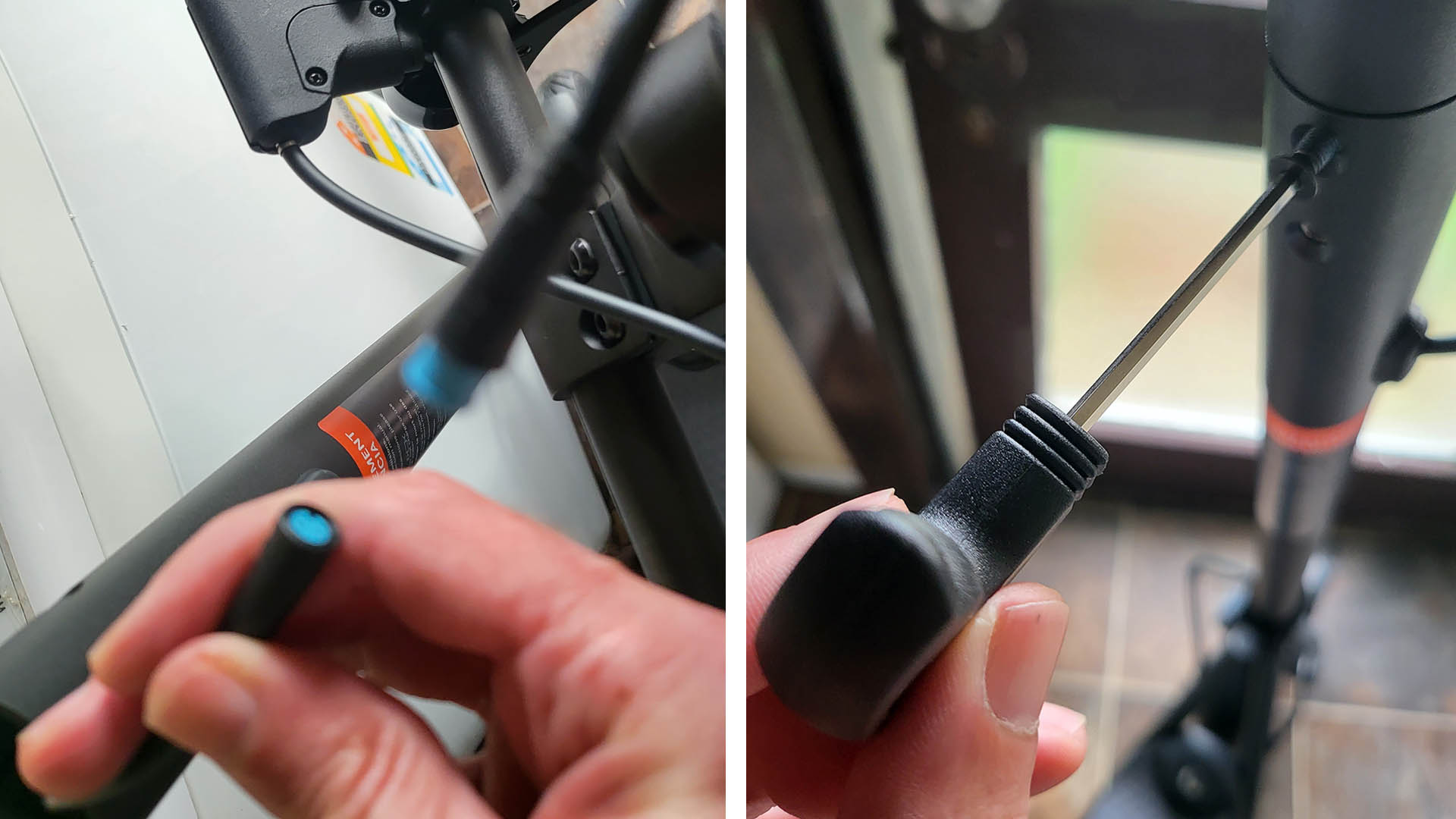 To set up the Segway Ninebot F20A Kick Scooter you’ll first need to pair it with your smartphone after a wee bit of putting together.

The free Segway app (for iOS and Android) will detail your past adventures, how many KMs you’ve traveled and to a point you can work out whether the Segway Ninebot F20A Kick Scooter will last the distance on remaining battery before you leave.

It’s via the app that you can also lock the Scooter. Handy if you’re riding down to the convenience store. Leave it outside for a couple of minutes locked and no one else can take it for a joyride.

Charging time for the non-removable battery is long. three and a half hours if totally flat. for me using the F20A the battery seemed to drain real quick, the maximum distance I was able to travel on a single full charge though was 22kms on Sport Mode. 2kms over it’s maximum.

You can eek out more lifespan of the battery on Eco mode. There is in fact three speed / power settings, Eco Mode which extends your distance to a further 15km/h while running at a lower speed. Flick this setting on if you’re caught short.

Normal Mode is a balance between speed and battery life. Suitable for daily travel and finally Sport Mode is full tit and will drain the battery quicker.

There is also a built in safety feature.

The Segway Ninebot F20A Kick Scooter will only run via the toggle switch accelerator on the right side of the handle bar if the scooter can sense your weight is standing two feet on it and your balanced.

So you don’t have to fear accidentally bumping the power on while you’re trying to jump on it and having it take off from underneath you.

If you’ve ridden non-electric scooter before and used to manually kick starting to get moving, the Segway Ninebot F20A Kick Scooter is most definitely for you.

You can start your ride from both feet on the scooter, balanced and good to go, or you can kick off manually and within the motion of your manual power, hit the accelerator and boom you’re an electric street racer.

With full sturdy 10 inch puncture resistant rubber tires (included in the box is a spare tire) and a soft dual braking system the Segway Ninebot F20A Kick Scooter tends to be super reliably built with a aluminum frame. 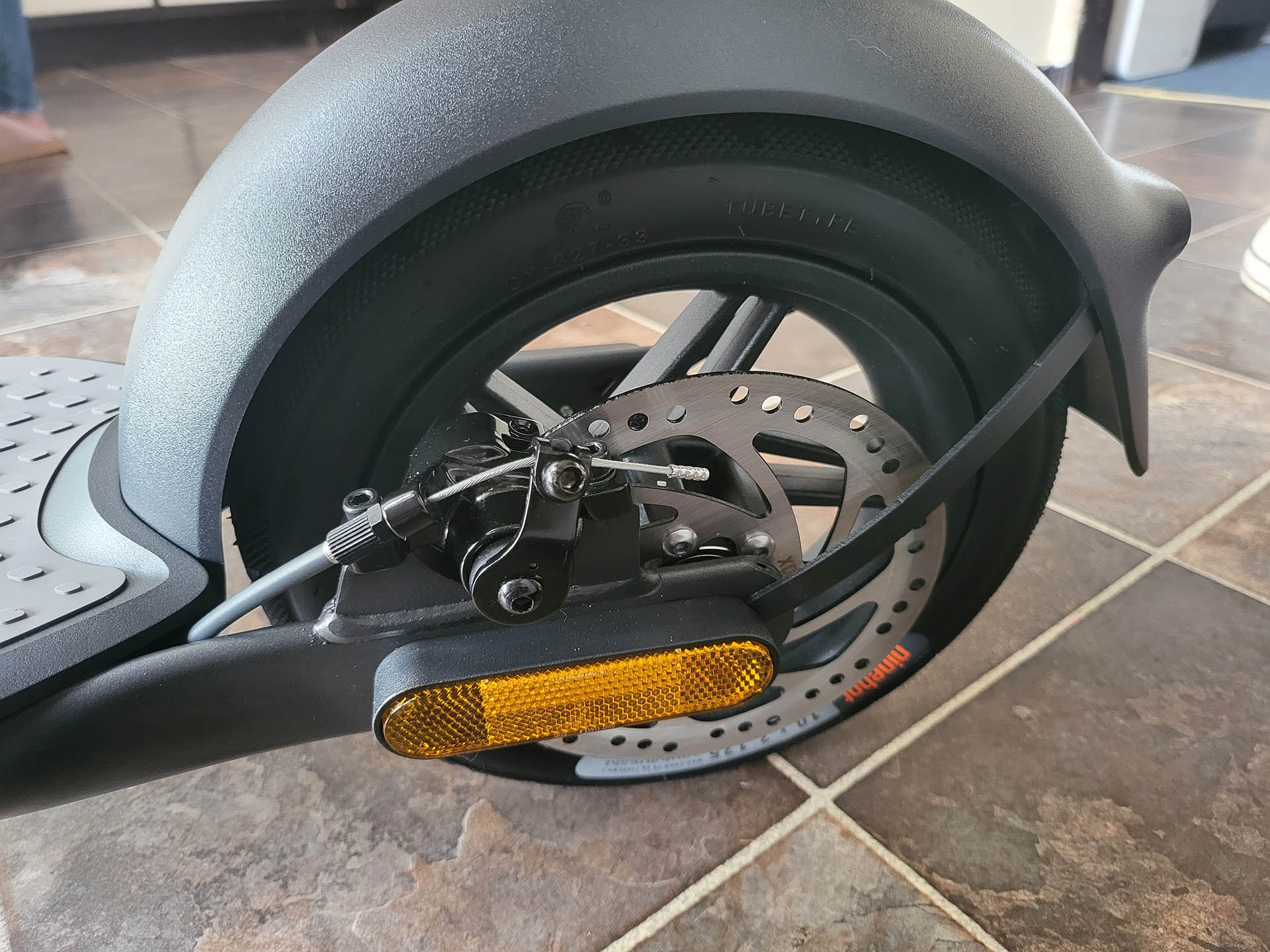 Easily folded up, there’s a secure latch that you unclip and fold the handlebar frame down. Most likely though you’ll probably wheel the scooter about as opposed to carrying it as it does weigh just slightly under 15kgs.

Fold if you’re going to put it in the back of your car. 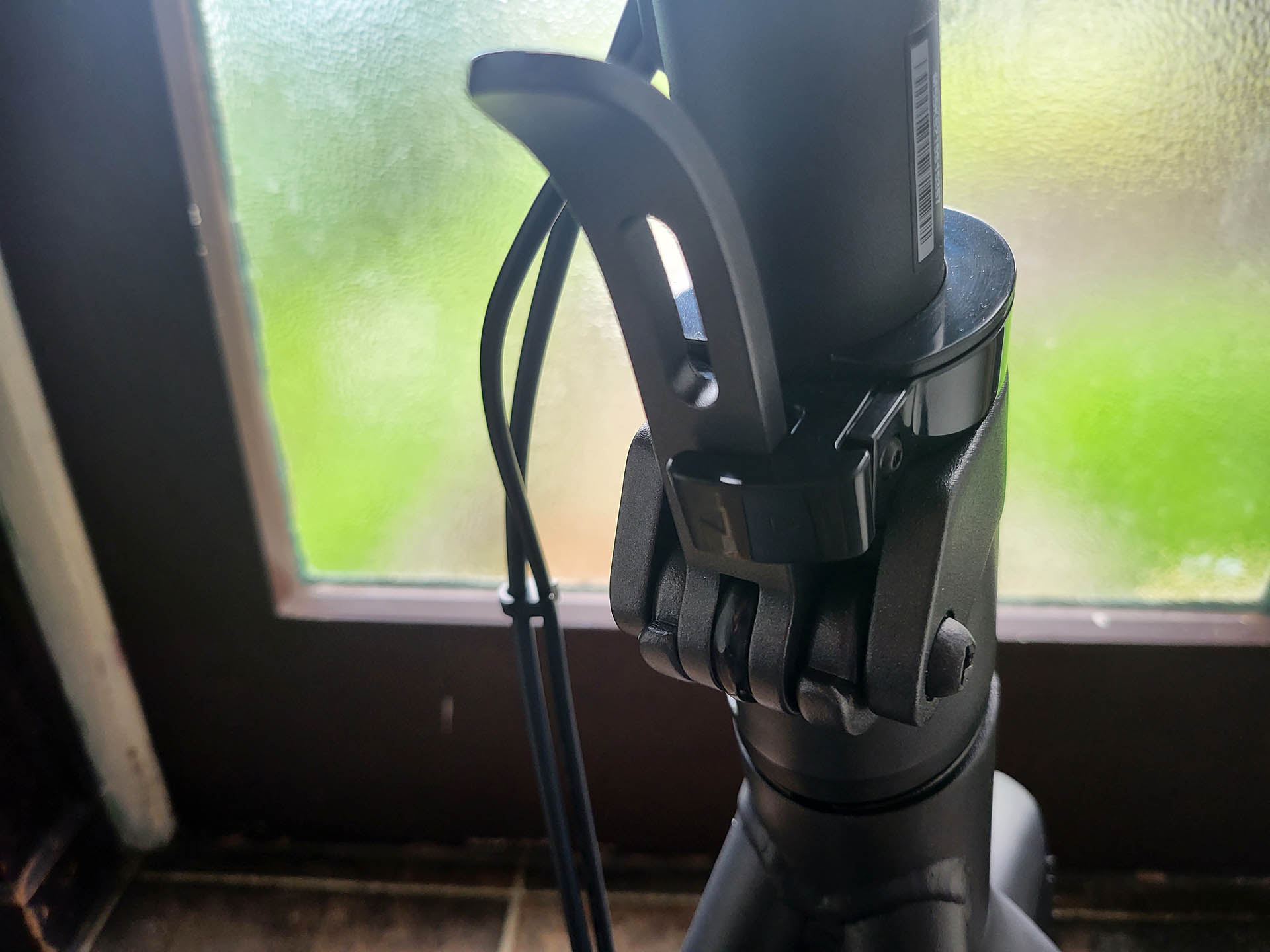 The Segway Ninebot F20A Kick Scooter is a lot of fun and a mean machine to ride. If you get yourself one of these or any of the new F Series from Segway, remember to ride safely, wear a helmet and be respectful of other cars and pedestrians.

The Segway Ninebot F20A Kick Scooter is cheaper but still has some kick to it. 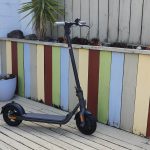