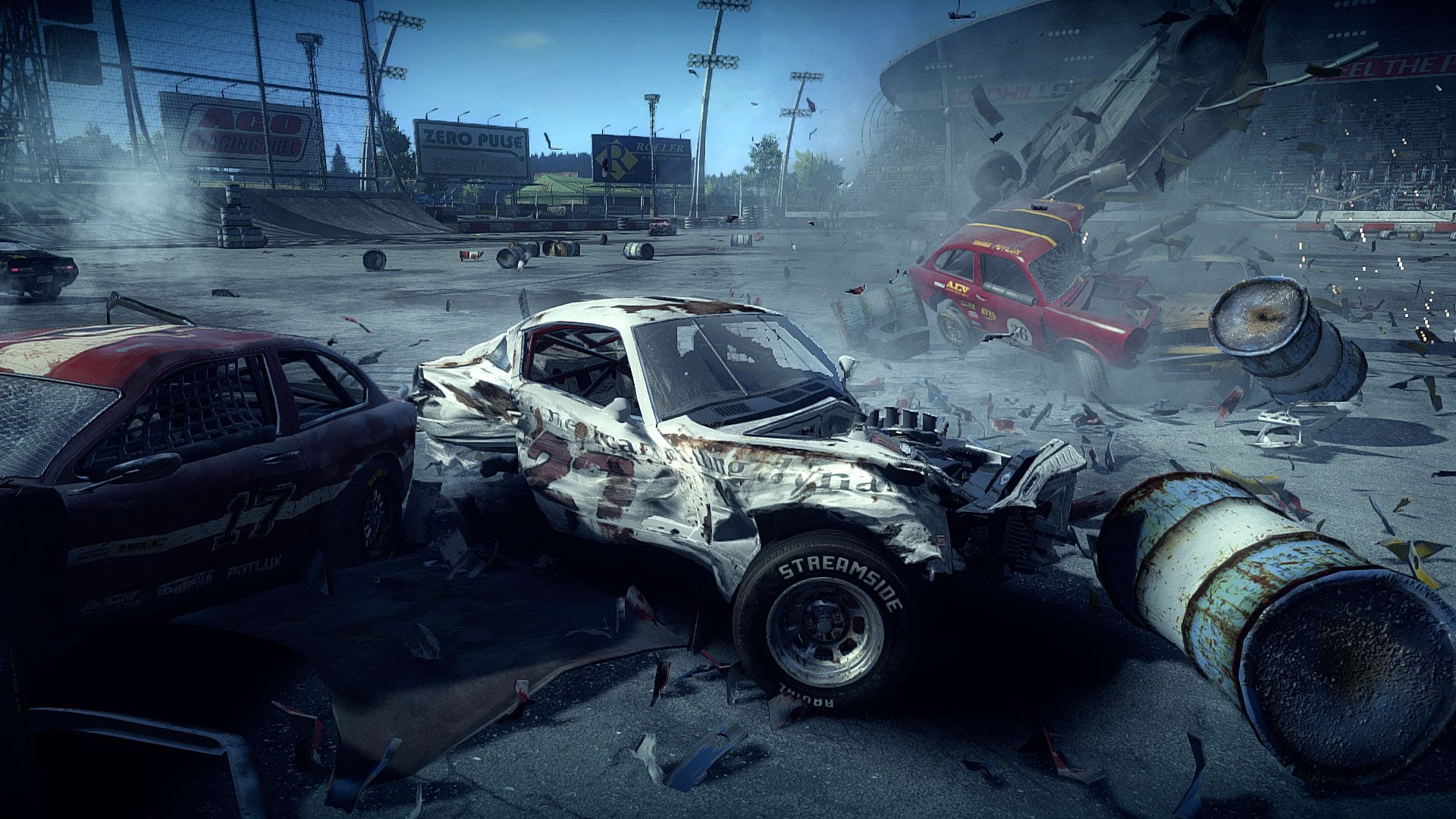 One of the first racing games that had me holding my breath the entire lap was Bizarre Creations’ Destruction Derby 2 on the original PlayStation. Bigben’s FlatOut 4: Total Insanity had exactly the same effect on me.

Whilst not the quite as perfectly honed a specimen as the likes of say Forza Horizons 3, FlatOut 4 is still a very entertaining racer, and pretty exhilarating with it.

Whilst I’d played, and enjoyed one of its predecessors, I wasn’t sure what to make of this effort. I know that the original developer, Bugbear is now off doing their own thing with the fun and very similar, but long in gestation, Wreakfest. This has left development duties with Kylotonn, who did a decent job on WRC 6, but shit the bed a little bit with WRC 5. 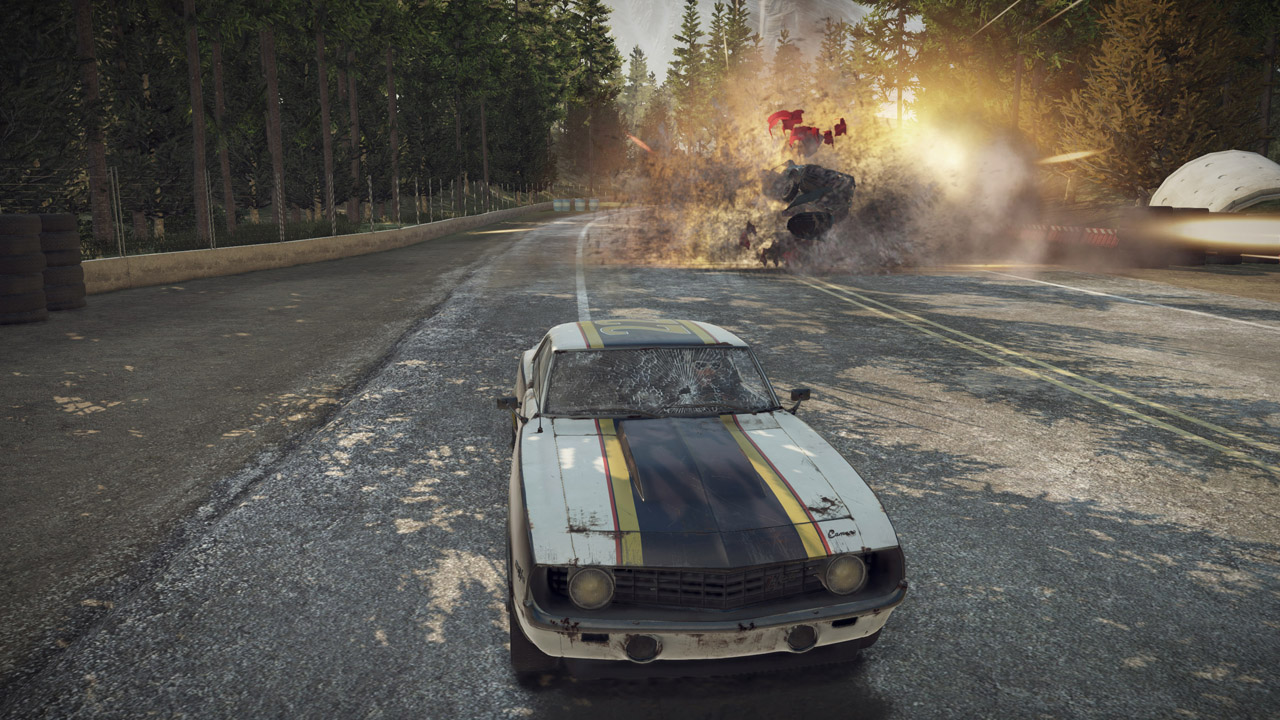 The first thing to slap me around the face after firing the game up on the Xbox One was the state of the visuals. Lots of detail, but nasty jaggies. The question was, with all that motion blur, would I notice the lack of anti-aliasing during the races?

FlatOut 4: Total Insanity (or, as the publishers would have me write it, Fl4tout Total Insanity, the last time I’m typing that), is all about zany fast races featuring a range of beaten-up cars ploughing into one another.

The Career mode has you picking a car and proceeding through a series of championships, upgrading and exchanging your car as you progress. The circuits themselves are a bit hit and miss, some very good, but quite a few are very similar-looking industrial settings. As you race, smashing into your opponent’s charges your nitro, propelling you at breakneck speed. Unfortunately, if you get ahead of the pack, there goes your crazy speed boost- with no cars to hit, you can’t charge your nitro. 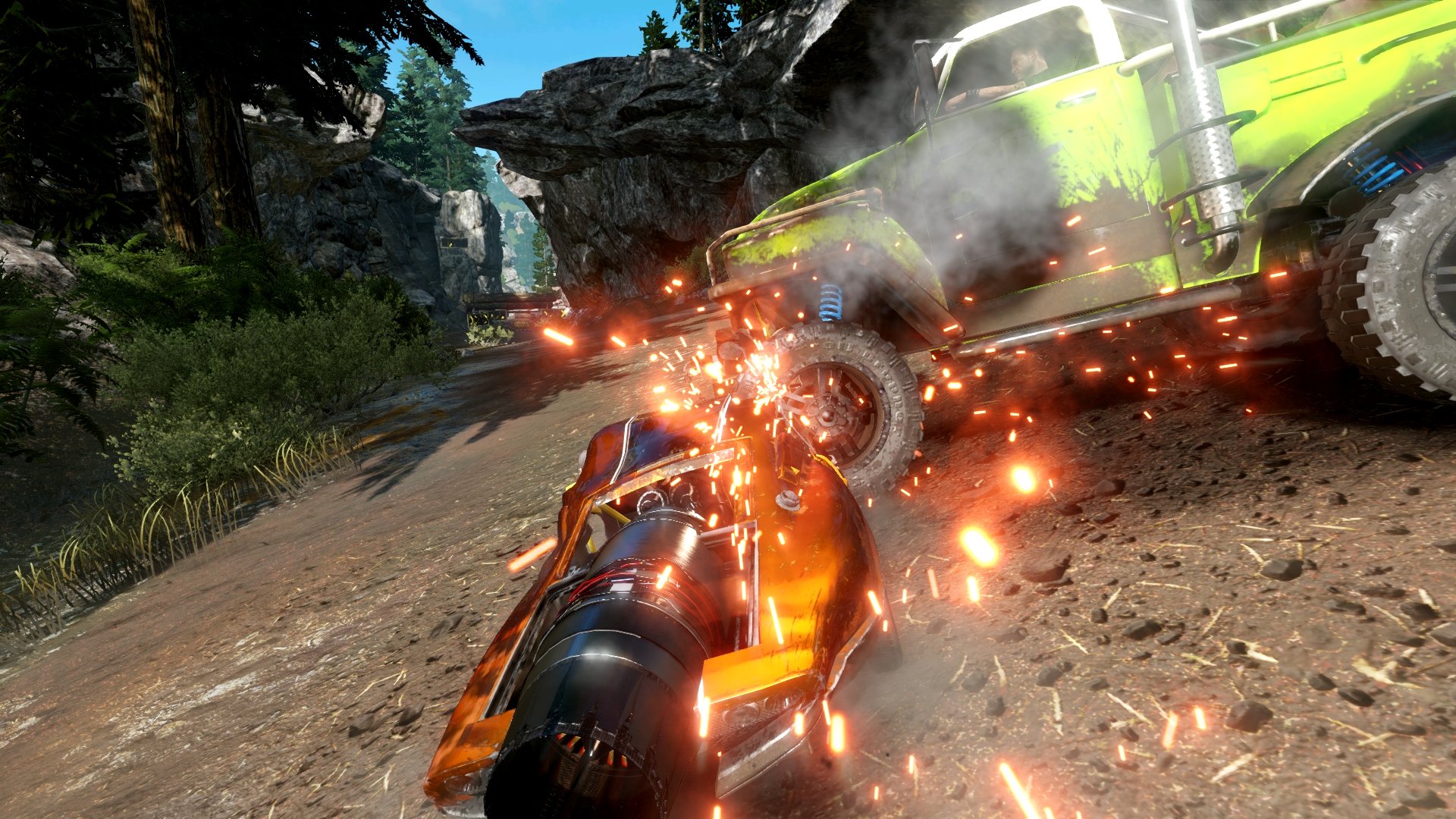 Flatout Mode allows you to pick your event from those featured in the Career mode, plus the Stunt event. Stunt events have you trying to propel your ragdoll driver into a physics-enabled environment in order to complete challenges. I wasn’t too keen on this. Nowhere near as fun as the old crash mode of the Burnout games. The Deathmatch mode was much more my cup of tea. Basically, it is a demolition derby arena, the aim of which is to destroy as many cars as you can within a certain time limit. Beat the bomb is a race again a countdown, trying to travel as far as you can before the bomb goes off. Carnage races are checkpoint affairs whereby your nitro is constantly filling. This makes it a breakneck experience, guaranteed to end in tears. Finally, Assault mode adds weapons into the mix. Like the game needs another way to destroy cars.

Once you unlock them, Quickplay allows you to go straight into your favourite custom solo event. You can pick the mode, type and track, as well as modifiers for nitro and damage, race length and even lighting. 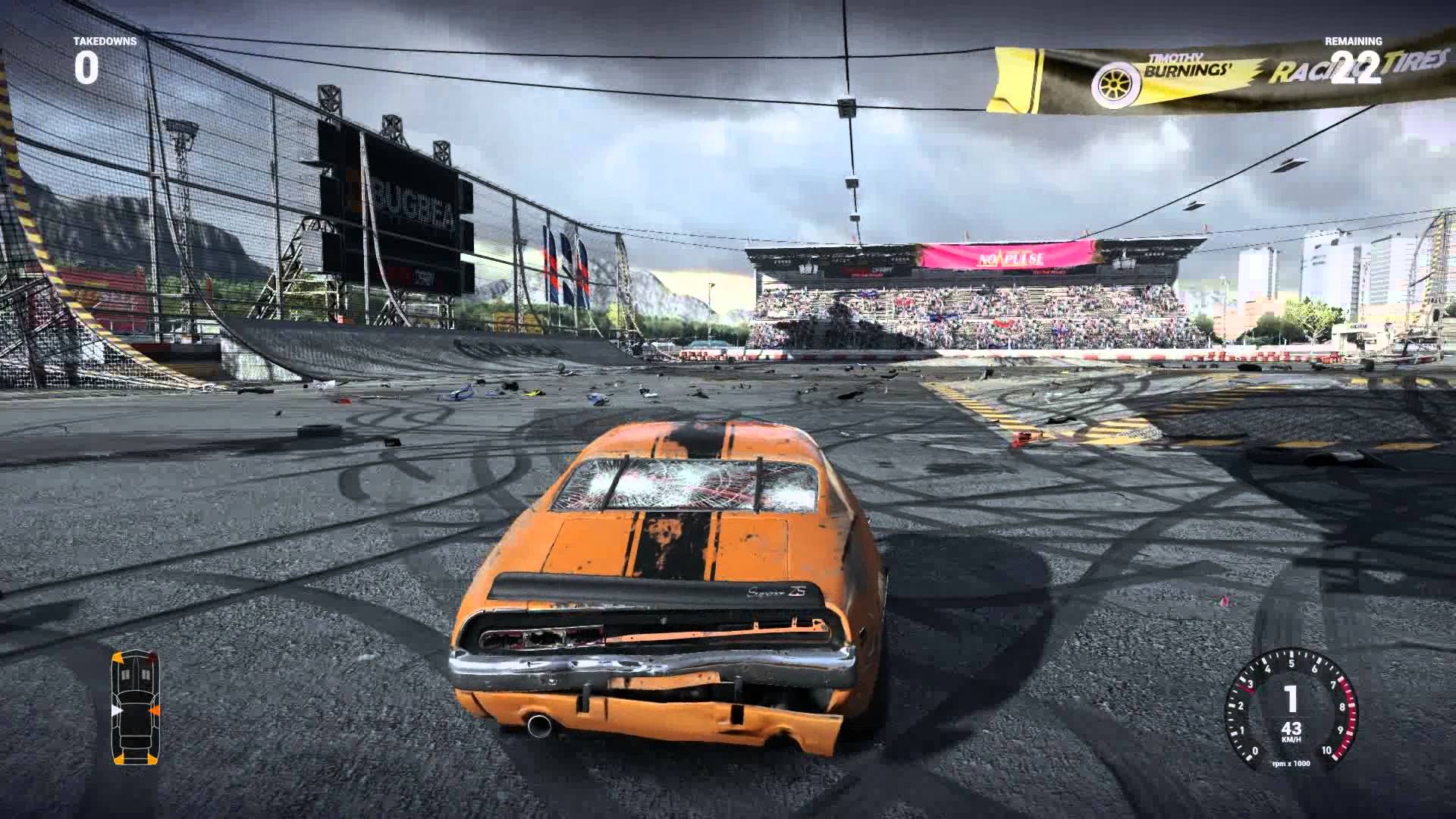 FlatOut 4: Total Insanity is a bit rough around the edges, but it’s a lot more fun to play than it deserves to be. The races are heart-in-mouth affairs and really give you the feeling of speed. The demolition derby-style gameplay is a little more tongue-in-cheek than your usual racer. The visuals, whilst sub-par at first glance are not a distraction at all once you have you pedal to the metal.

It’s not a game that I’d demand you to rush out and buy, but if you like racers and fancy something a bit different, you’ll not likely be disappointed. 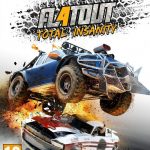