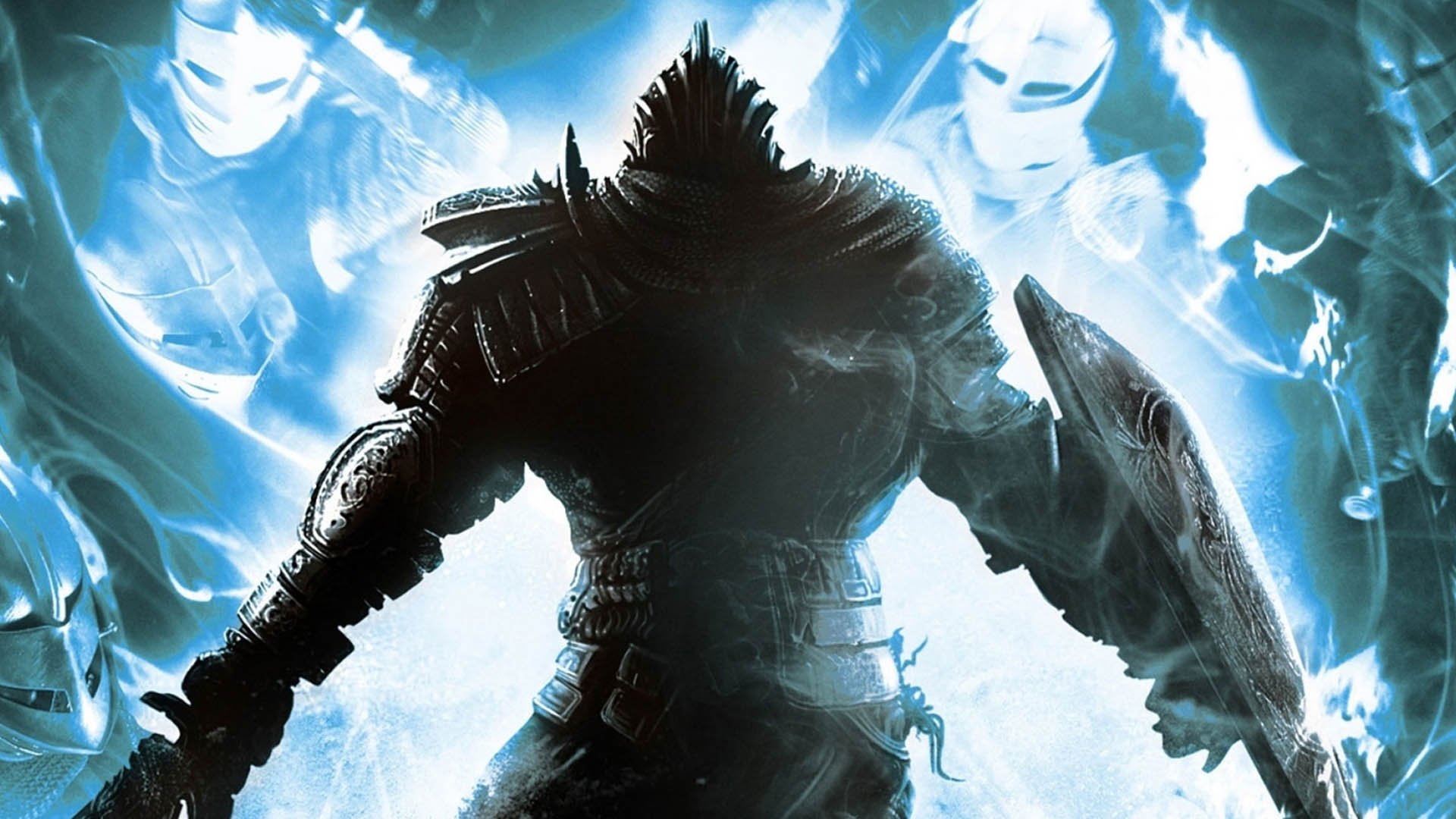 Let me tell you a story. A naïve, youngish man had heard about this Souls series, who got excited to see Demon Souls pop up on PlayStation Plus. After downloading it with excitement, he got in and started making his way through this creepy world and died. Then he started again, and died, followed by a couple of hours of dying and throwing his controller down in frustration. Following this he spent the next few years hearing about how amazing Dark Souls is but feeling as if that boat had sailed. Along comes Dark Souls Remastered and new chance to jump on that boat.

Dark Souls Remastered has you create a character to wake up in a cell, in what appears to be the worst world to be a human. This world has been through some stuff, starting with being a foggy world ruled by dragons. An age of fire came where many prospered including humans, but the age of fire has started to fade, and people are dying. Your character is one that is losing its humanity when you take over, and you stumble your way through the world.

Not too much more story is unfolded, at least for the first long while. Instead the next stage has you stumble out of this prison and give your first major goal of ringing a couple of bells. The first one of these took me over 20 hours thanks to the many undead enemies between me and it. 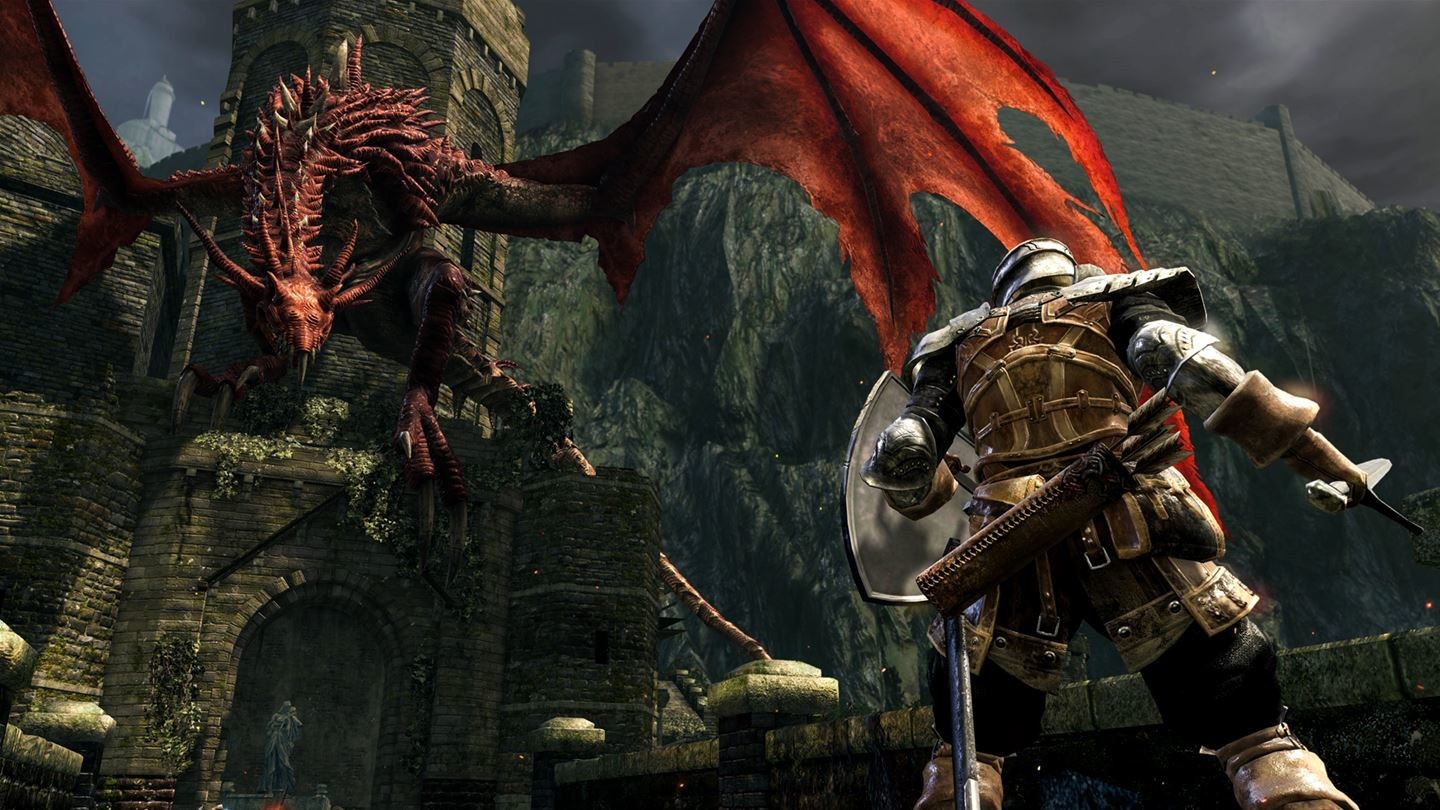 The hardest stage of the game to enjoy, and get through, is learning the game’s systems. It will take a couple of hours of experimenting and dying before things start to click. This is mostly because of the clunky combat system. Attacks are slow to initiate and hit, sharing the same stamina bar with blocking. Learning to balance these, especially as someone who is used to fast paced combat is no small hurdle. If you run at enemies and swing willy nilly, you will die a lot, as I did.

Venturing forward can be hard too, because you will travel quite a way between the fires that you use as checkpoints. This means that if you die, at times you may find yourself needing to cover quite a bit of ground. This at first is quite a chore and demotivating but after a while it becomes a system you learn to use, that’s punishing and rewarding. The hardest part of this is that the souls you collect work as experience but can’t be applied until you reach a camp fire or backtrack to one. If you die, your souls get dropped on the ground, and you must make your way back to retrieve them, with all those enemies back in place. 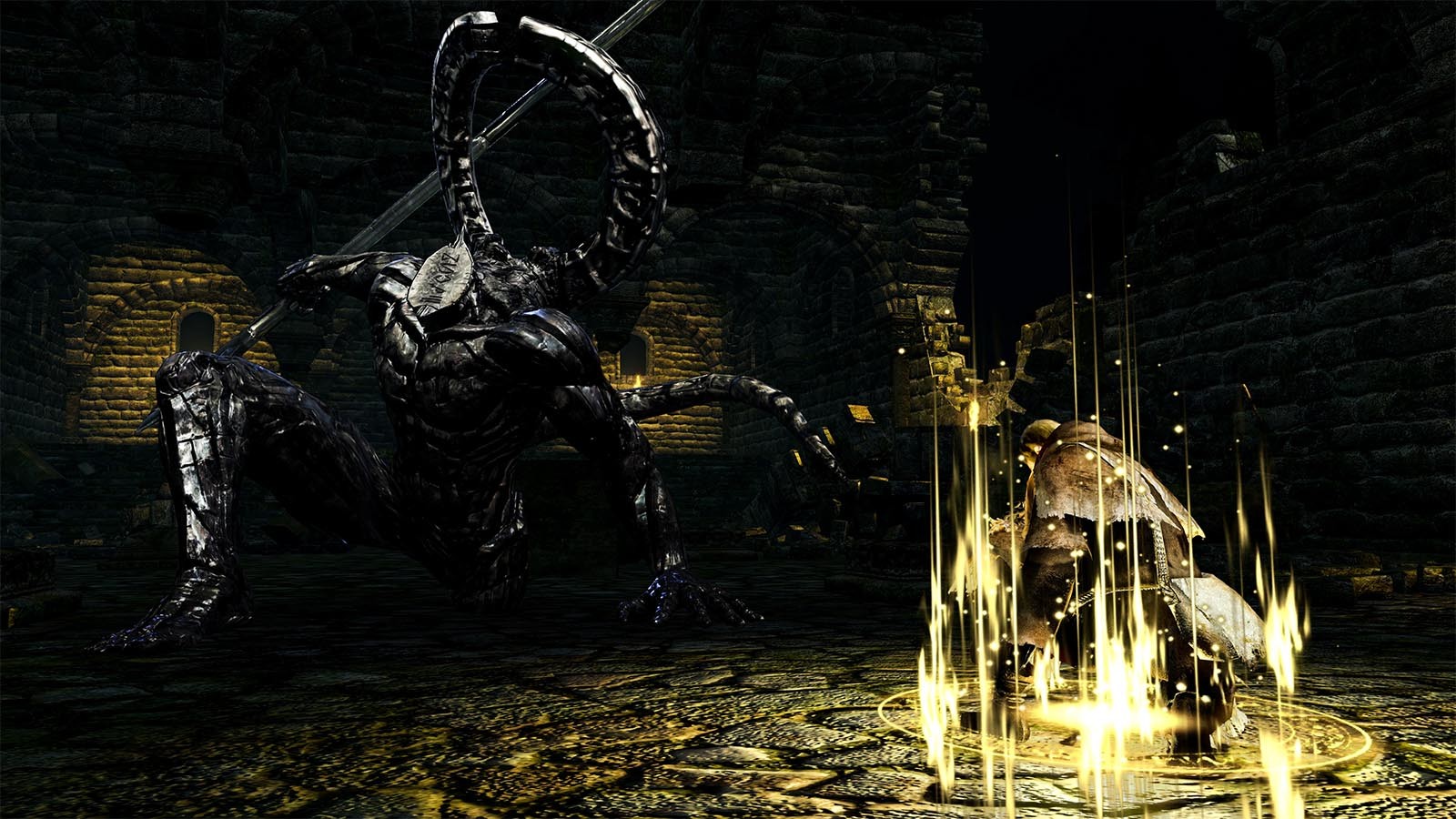 This wouldn’t be so hard if it wasn’t for the enemies all respawning. Because running uses your stamina bar, you can’t run for long, paired with tight corridors it can be tough to get those souls back without fighting your way through the enemies again. You must do at least as well as your last attempt to keep all that experience, because dying drops your new bounty of souls, and the previous one disappears.

This means you will keep repeating the same runs, until you finally get to your new campfire. Hard learned lessons include not discovering that you must ignite them AND sit by them for it to be a checkpoint.

The one thing about the game I hate, but laugh about now, is the unfair deaths. Take for instance a bridge I am running across at enemies. A dragon flew from behind without warning and burned me alive. I had no reason to think he was there, and I hadn’t learned I had to ignite the fire and sit by it, so this was a tough lesson. Another moment I finally got past a section that was plaguing me, and I run up an enclosed circular stair case, to immediately be slammed by some super powerful, optional boss that instantly killed me. As I have improved, those moments have become funny, but at the time I wanted to scream. 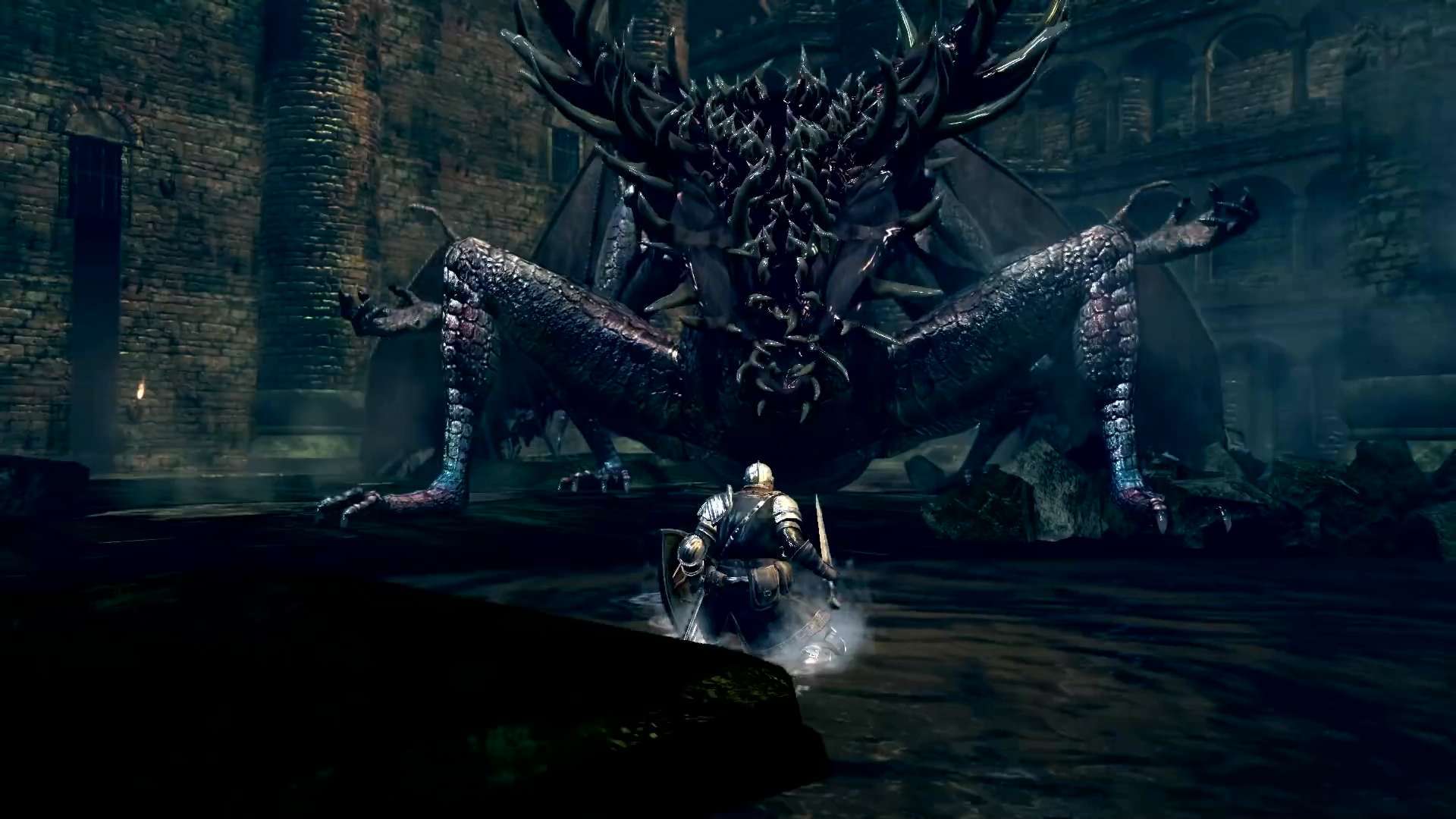 The other annoyance, which may be in part due to the game’s age, is some elements of the combat such as swords hitting objects. The number of times you must fight in enclosed spaces where you can’t swing your sword because it hits a wall giving your opponent an opportunity to take you out was, and still is, infuriating. You lean to coax enemies out, but if you have been having a good run and that kills you, it feels unnecessary.

Yet despite the game’s many flaws, I found myself returning night in and night out, excited to try to get further. The game gave me every reason to be grumpy and quit, but it’s so darn exciting to get a little further, especially when you finally topple a boss that has troubled you.

Now I finally get to understand what “the Dark Souls of…” means. A brutally difficult, sometimes unfair, game that is frustrating, repeatable, and fun. I am far from beating it with thirty-ish hours at this point, but now this game has become a gaming ambition. Even with its flaws, I hope one day to beat it, but for now, I need to rest my soul.