Light, and its counterpart, darkness, are essential building blocks for the design and aesthetic of video games. Lighting is one of the most complicated aspects of designing a game, from how the world is illuminated, to shadows, reflections, what fog looks like and more. NVIDIA, makers of gaming PC graphics cards, has bought deep into a new form of hardware accelerated realistic lighting, ray tracing, for its new line of graphics cards, holding ray tracing up as a showcase for why you’d want to put down $1500 on a single graphics card.

And personally, I’ve had a deep interest in how games can make interesting choices about how they design their game stages around lighting, and lighting effects. Perception, which I reviewed earlier, does a great job examining what it would be like to live without sight and how that can be presented in a video game. 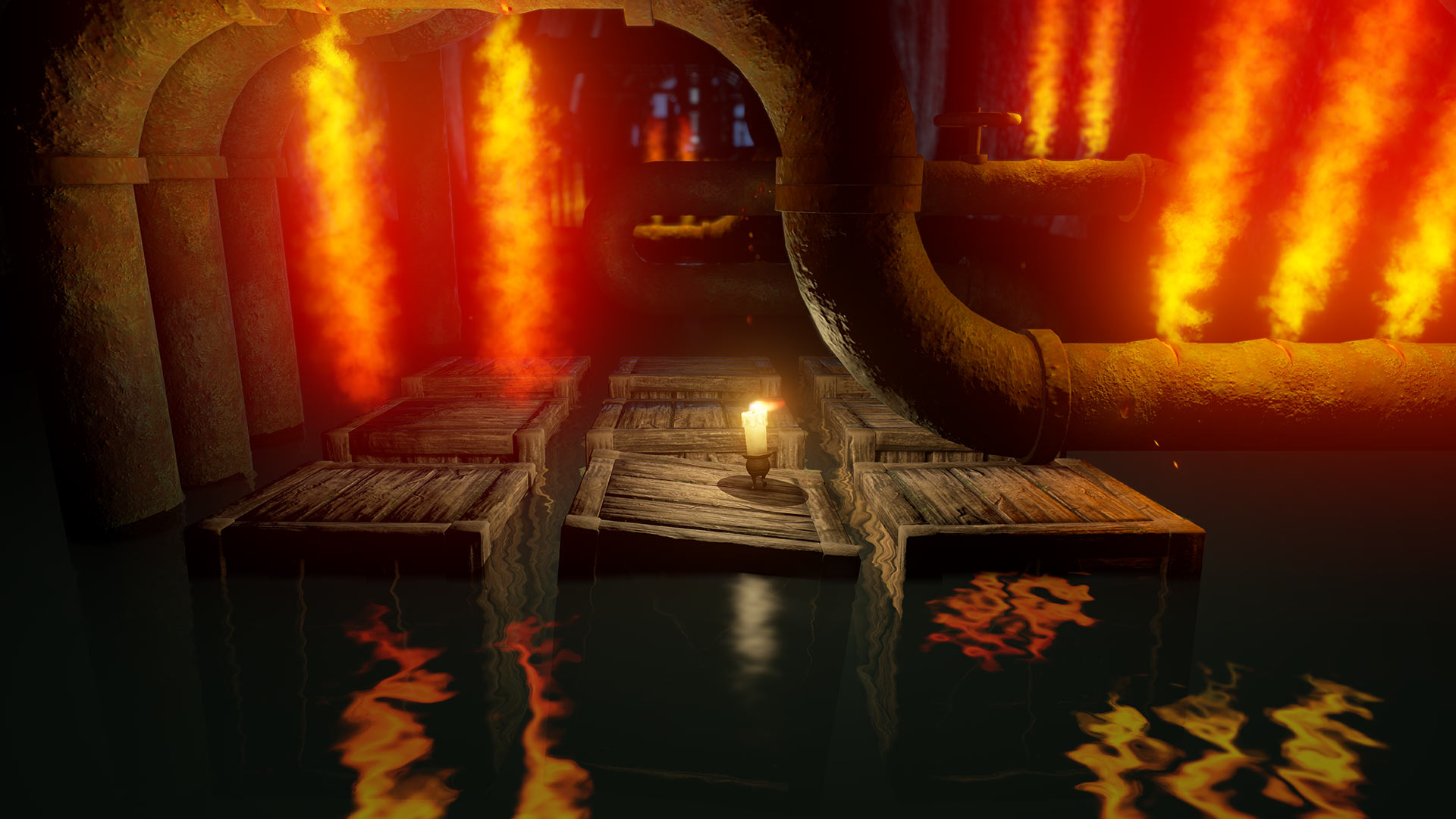 Candleman, reviewed on PS4, also takes light as its central theme. You play the titular candleman as he (?) walks through linear 3D platforming stages lighting other, inanimate candles along the way. Through the different chapters you’ll come across a wide range of beautiful environments, from dark and mysterious libraries to ominous forests. Each Level is bathed in darkness, and for the most part only your flickering candle flame gives you bursts of light for a short distance around you. There is a story about how and why a candle is walking around these Levels, but I was never too invested in it.

Most of the Levels are short, and not too difficult on their own. But there are two mechanics which make this a bit trickier than it seems. Firstly, your candle slowly burns down over time. You can press R2 to give yourself a quick burst of light, but that shortens your candle’s length even quicker, and so it must be used sparingly lest you run out of wax and wick before the next checkpoint or end of the Level. You can hold the button down, but that very quickly burns through your wax. Secondly, each stage is filled with candles that you are encouraged to light as you go. But not all of them are on the main path, and it takes a bit more skill to find and light these extra candles. This gives Candleman a bit of extra length (so to speak) without feeling like it’s padding. 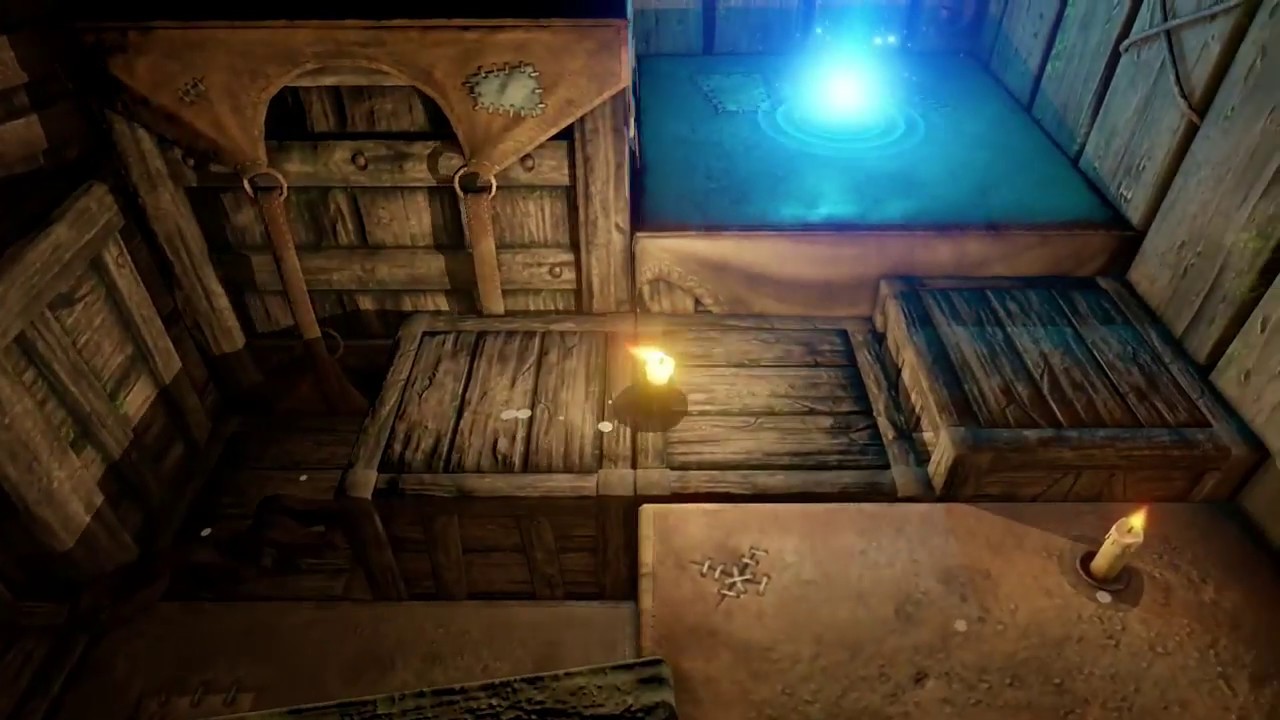 Nevertheless, Candleman isn’t a long experience, but for me it felt like a good length. The Levels slowly ramp up in intensity and difficulty, with a nice difficulty curve that avoids too many difficulty spikes. You might think there can only be so much that you can do with the concept of a walking candle, but the developers have done a great job in creating some wonderful Level designs.

Candleman doesn’t disappoint on the graphical front either. Especially on a TV that shows off its black Levels (I’d love to try this game on an OLED TV) each part of the environment is richly detailed and carefully crafted. As you might expect for a game around it, lights and luminescence in generally has been considered in all parts, and even there’s just enough light to guide you on your way while remaining dangerous if you get overconfident. If possible I would highly recommend playing Candleman in as dark a room as possible, to really focus the experience on the small puffs of light your walking candle can only occasionally exude.

Candleman is a sweet game that takes its central concept and runs with to a satisfying end. While it’s not a revolutionary experience, I perhaps surprisingly enjoyed my time as a candle. It’s a quirky mechanic that the developers have made work without it becoming stale or tired. Before the tidal wave of AAA releases crashes down on us this year, Candleman is worth giving a try, lest its light be snuffed out by those AAA tidal waves bearing down on it.