Bear With Me: The Lost Robots (Switch) Review 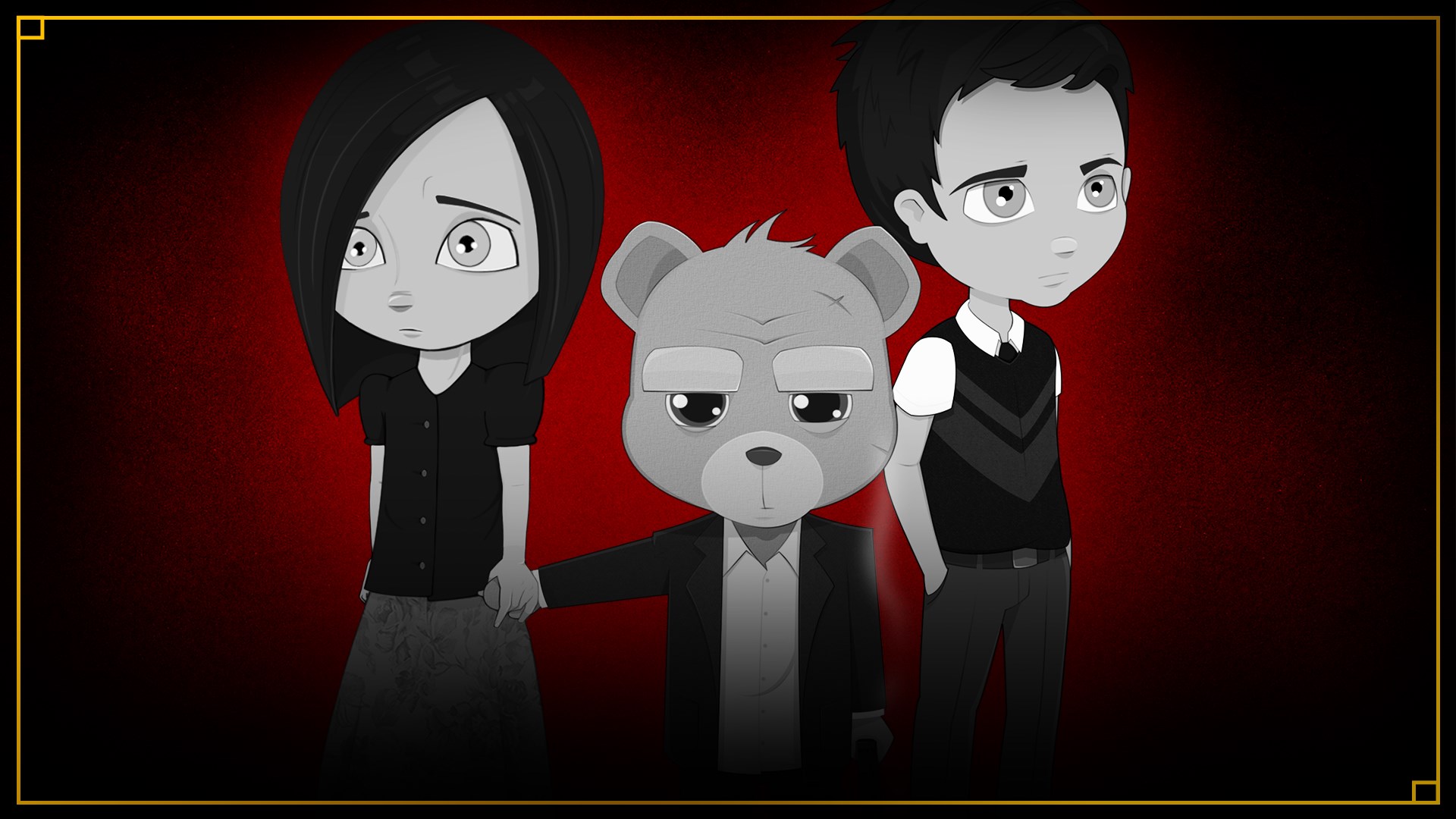 When I checked out Bear With Me in 2017, I was immediately in love.

As a casual fan of point and click adventure titles, the hook that pulled me in was its beautifully designed noir setting, with the game’s even more stunning spirit encased in a child’s imagination. This meant when a prequel episode was to be released alongside the games port to consoles, I was so excited for more Ted E. Bear.

If you haven’t heard of it before, Bear With Me tells the story of Amber and her partner Ted E. Bear as they try to uncover where Ambers brother Flint has gone. The kicker is that the whole thing is done in a black and white, occasionally red, noir style. Ted E. Bear is a drunk, tired old PI character and Amber is the optimistic protagonist character, fulfilling all the classic tropes. Framed as a child playing with her soft toys, the whole game shows an ability to take a classic genre, not innovate on its gameplay, yet make a totally new experience that is a delight to play. 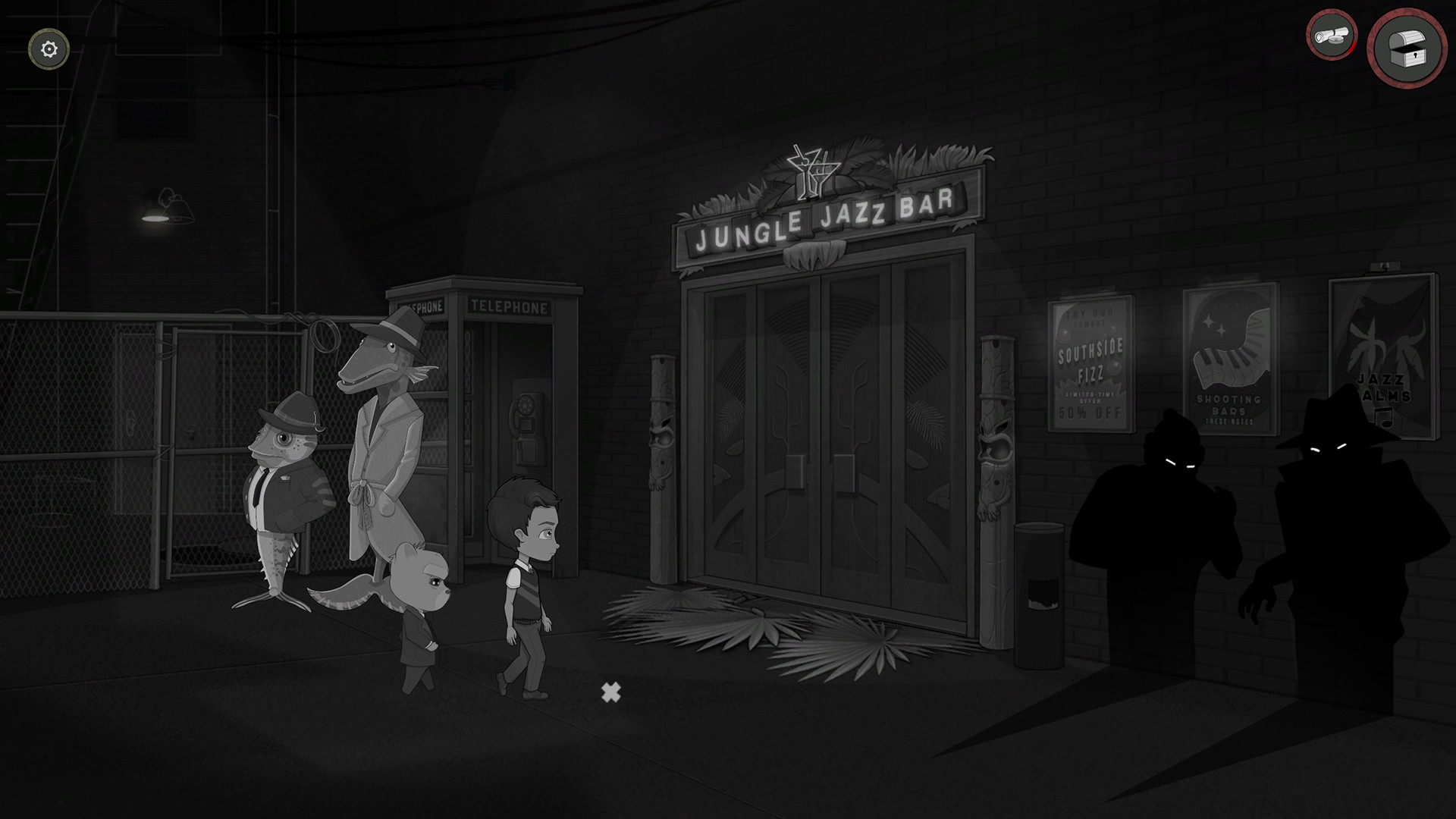 The prequel Bear With Me: The Lost Robots tells the story right before the events of Bear With Me, before Flint went missing with him and Ted E. Bear investigating, as the title suggests, the missing robots. This is all while dealing with the fact that Ted E. Bear is dealing with having been shot through the head. I won’t touch on the story any more as that’s the main reason to play, but it’s a super silly premise which is played out seriously in the world of the game. This balance of total seriousness within the silly premise is exactly what made the first game so damn engaging and is as present here continuing to be so damn good.

As with the main series, Bear With Me: The Lost Robots is absolutely gorgeous to look at. Its simplified cell shaded characters have the perfect balance of detail and simplicity to look gorgeous in black and white. Others in the world are designed so delicately to look like the real versions of these inanimate objects in a way my imagination could never have pulled off. 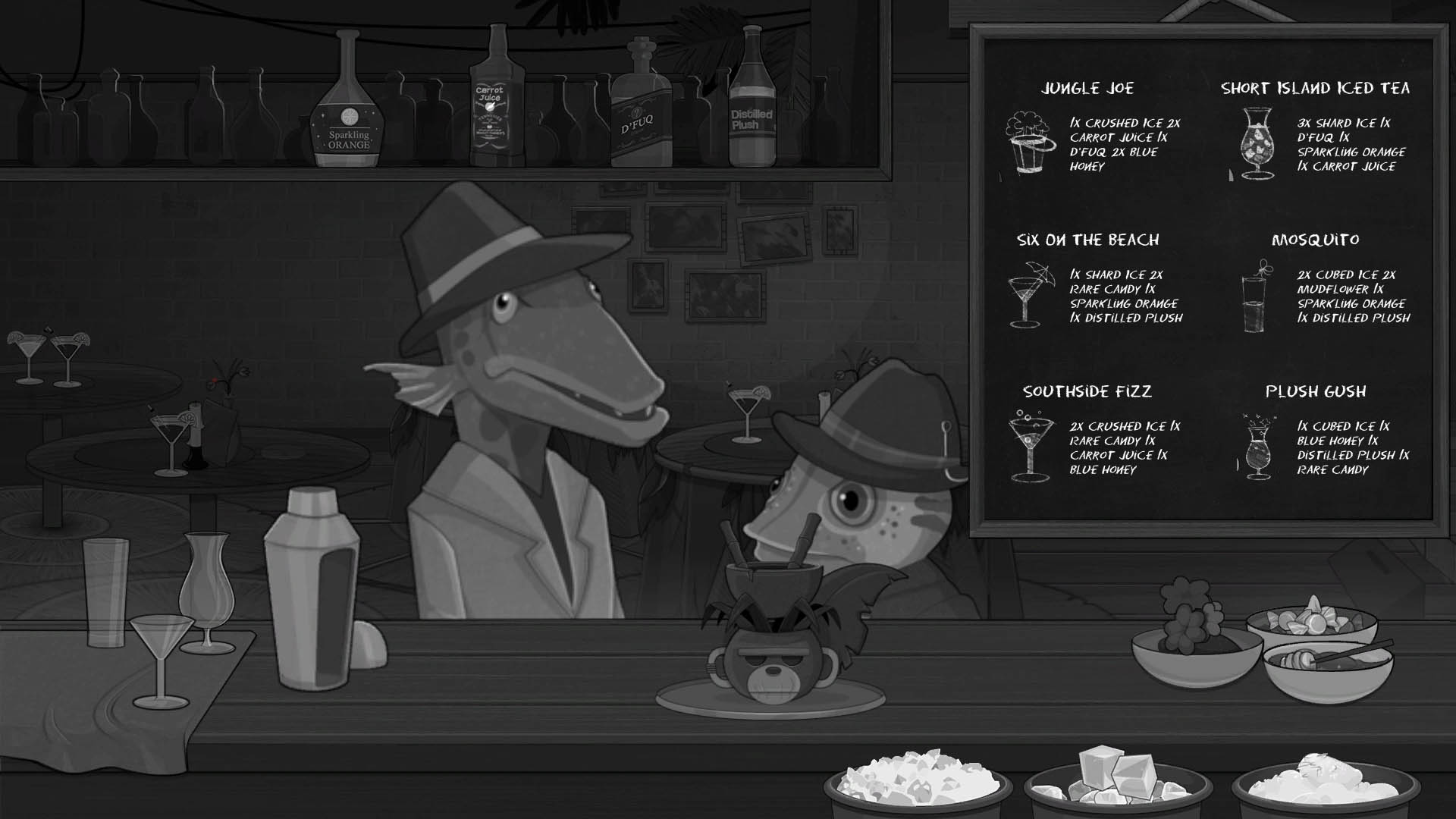 The biggest flaw is with the game’s point and click nature which is a combination of the flaws of the genre with the fantastic look of the game. Most of your gameplay involves clicking objects in the world in order to tell apart the interactive objects from the scenery. Because the game is beautifully designed it can be hard to tell the difference between the background and something to tap, so you wind up tapping mindlessly until something happens. This is a minor annoyance that is easily overcome thanks to the game’s story and design keeping you engaged enough to put up with it, but a flaw, nonetheless.

If you haven’t checked out the series yet then I would start with the three-part adventure in the base game Bear With Me, not in a small part because Amber is a much better character that Flint. But if you have played it however, and loved it the way I have, then The Lost Robots is the perfect companion piece to the game which I can’t recommend enough.

Bear With Me: The Lost Robots (Switch) Review
Game Details