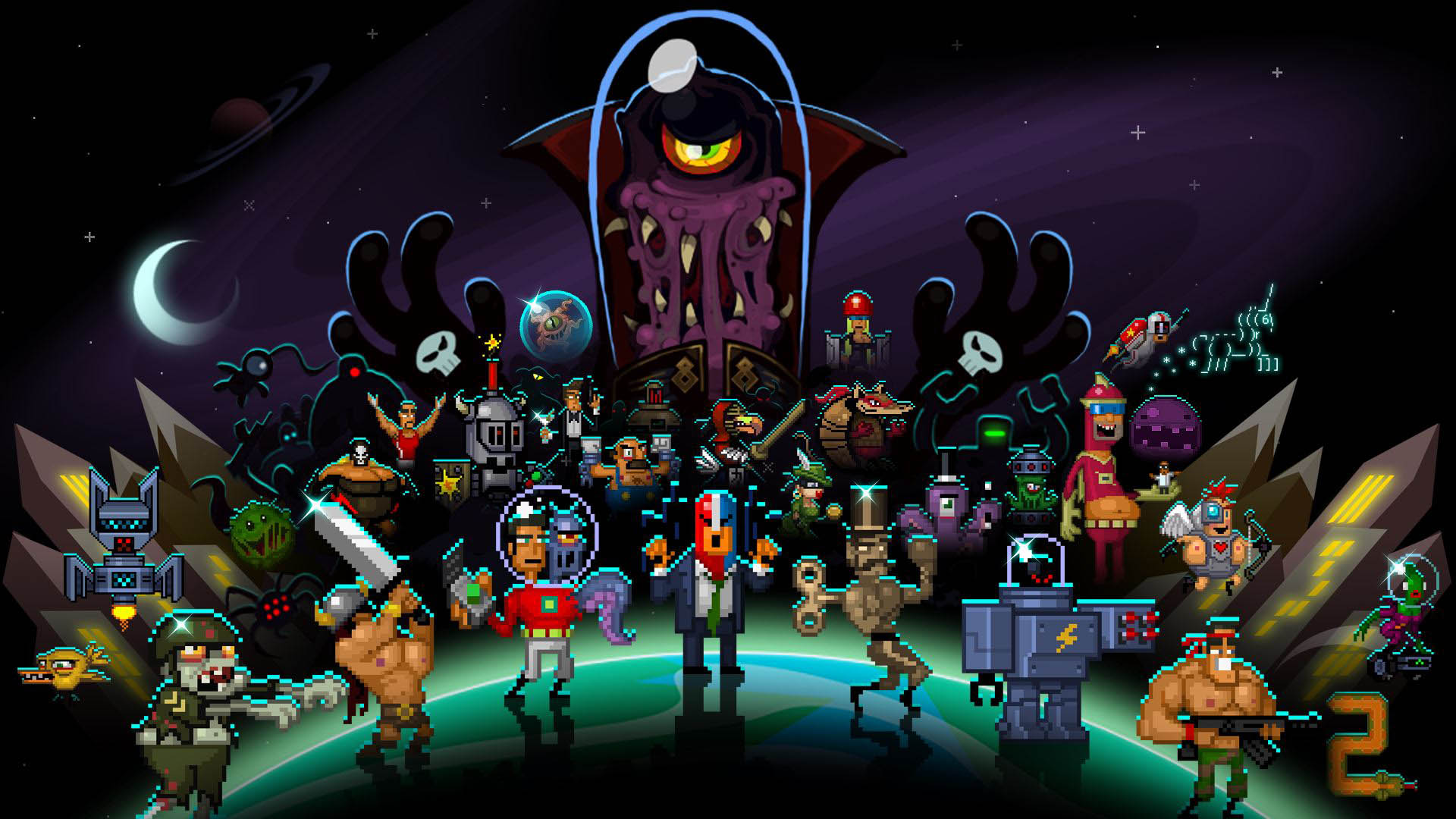 One of the wonderful things about the Switch is the slew of games being rereleased on the console, and that includes the many indie games finding a new home, often with enhanced versions. With the number of great indie games being released it’s easy to miss a few, so games like 88 heroes get a second chance at life, and it’s a great chance too with 88 Heroes: 98 Heroes Edition.

Dr. H8, a weird alien that looks like the aliens from the Simpsons, is destroying the world, so a call was made to all the heroes left on earth. One by one, your goal is to beat Dr. H8 using these heroes, with each death deleting them from your roster. 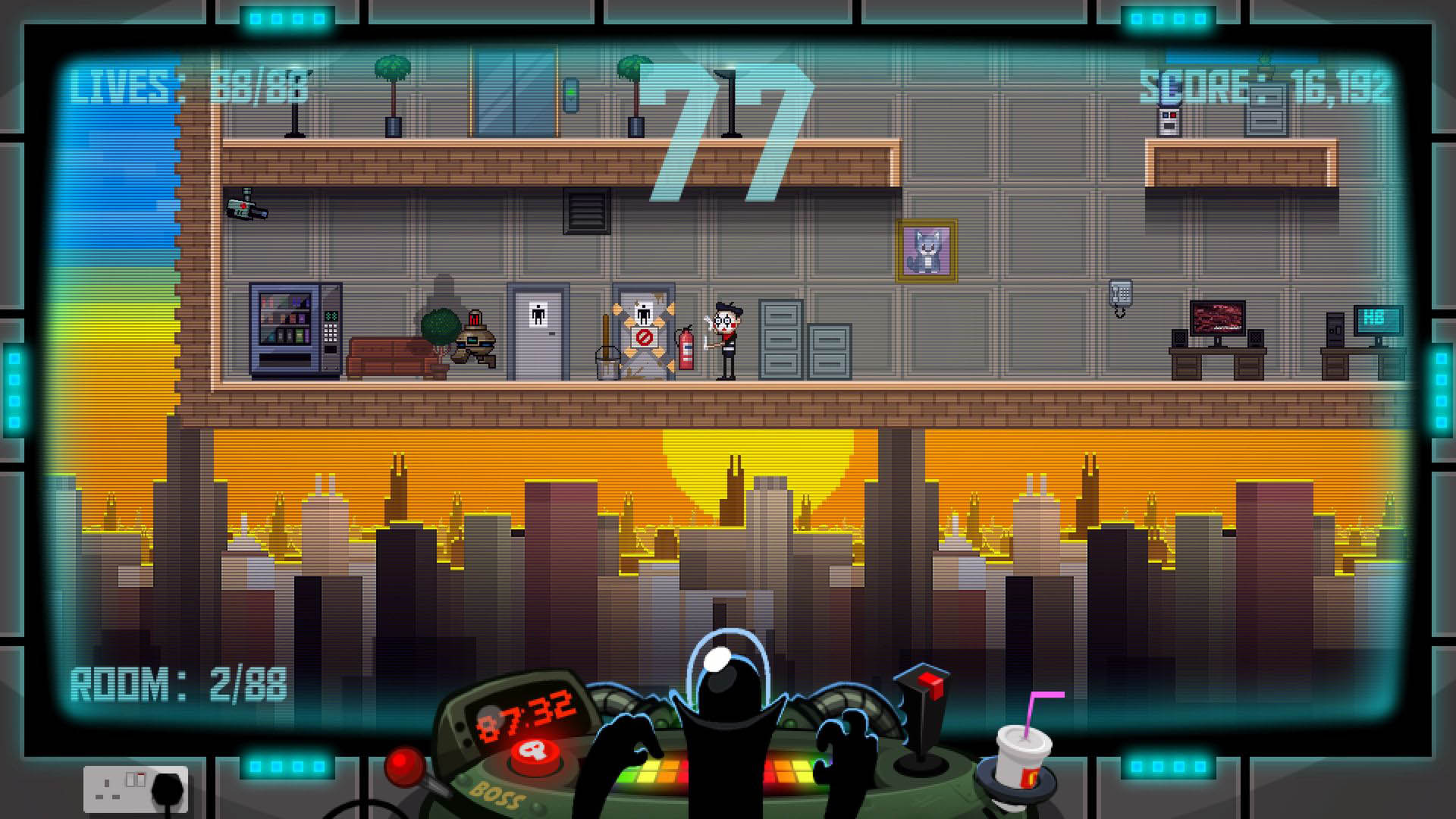 This is a simple side scrolling action game. The 88 Levels are short and sweet, and you need to beat them in under 88 seconds. You start with a random hero from your roster, and failing to beat the level in time or being shot or vaporized with a laser, you lose the hero, moving on to the next one. All of this is encased in a great looking pixel art style. The whole game is framed in a screen with Dr. H8 constantly watching your characters and while you stare at the back of his head, all kinds of wackiness happens outside of the screen your character is being watched through.

The games spirit, and bulk of the humour comes from the variety of heroes. Each hero has their own design, and their own attacks or abilities, which you don’t know until you get assigned one. This means if you go in guns blazing before testing the character you will lose many quickly, as I did. The temptation when you get a new crazy character like a hamster in a ball is too tempting to not run and gun, but it pays to be patient. 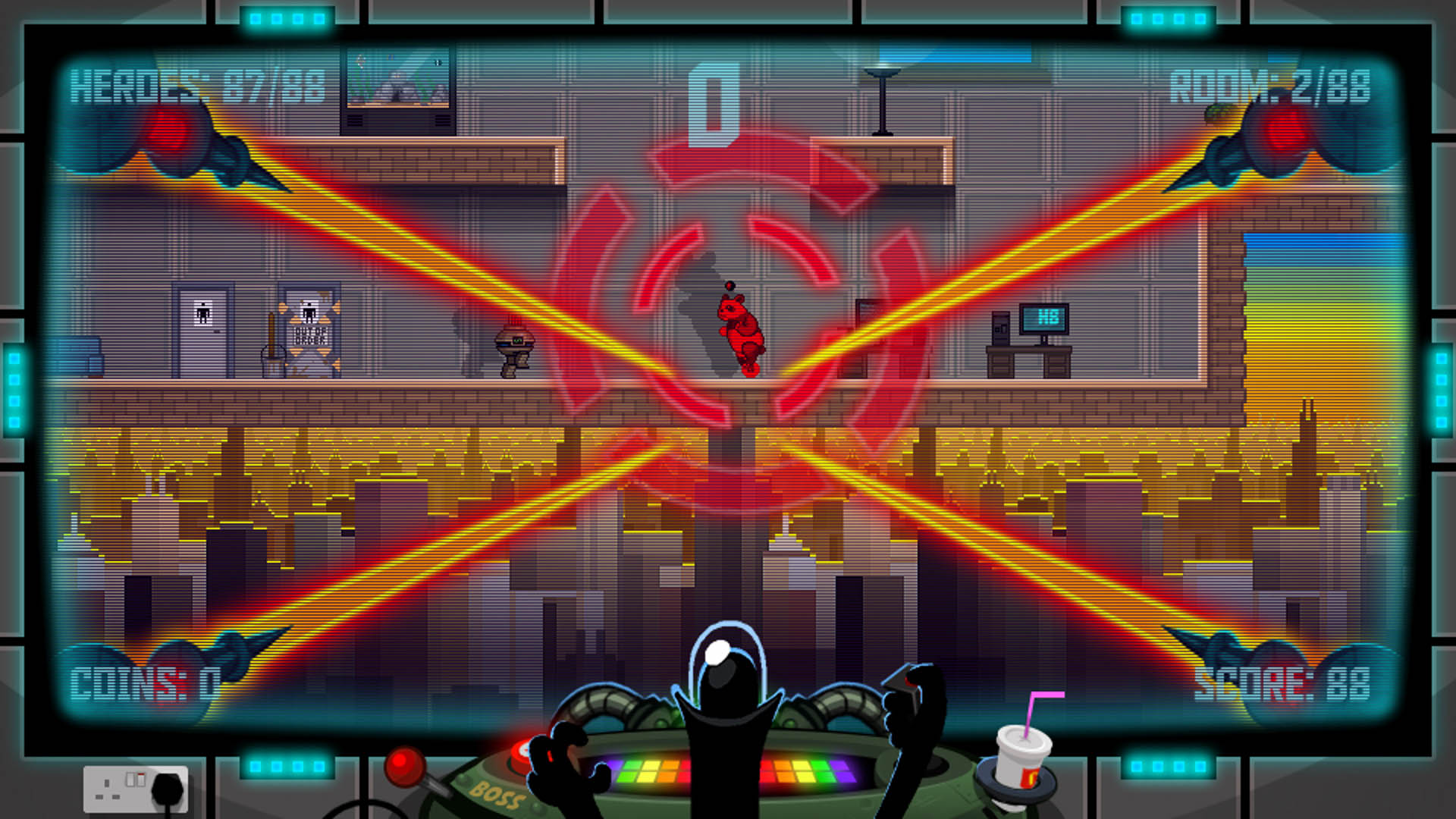 The characters come in a wide selection from a man who fires a beam that pushes enemies back, to a man who can destroy the terrain with his hammer, to retro reptile which is like the classic snake style character, to a robot bat who can move in any direction and time pauses when it doesn’t move. Some of the characters like this bat seem overpowered but it only takes one mistake and you’ve lost that one for the game, so even the game doesn’t let you run away with overpowered characters for long. On top of this are the added characters, hence the name of the edition, including Rusty from the Steamworld Dig series. 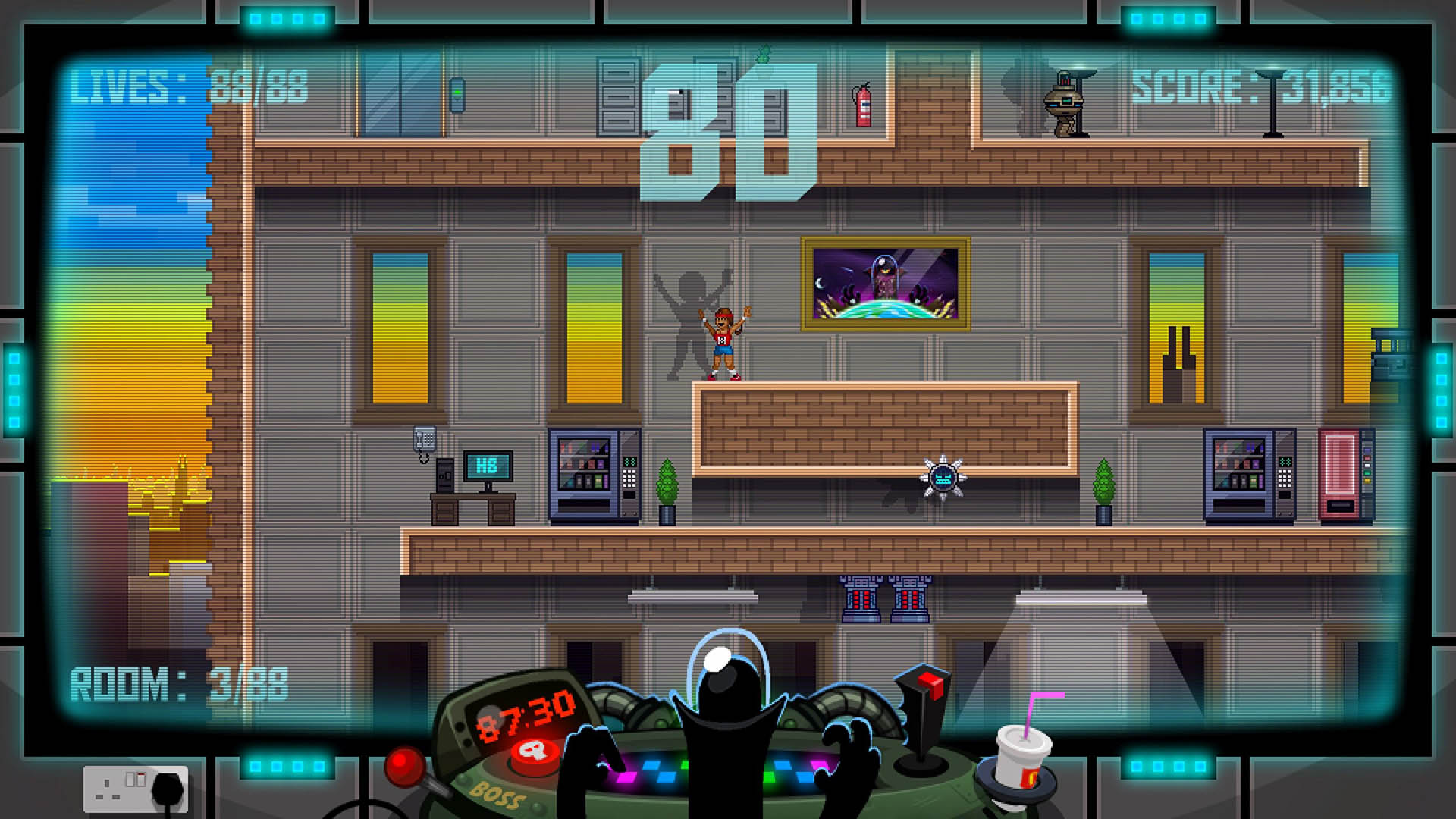 If the 88 Levels with all your characters is too easy for you then the game has the Magnificent 8 modes where you can choose any eight characters from the roster to play with. If that’s too easy then you can do solo mode which gives you one hero and 88 lives. On top of this, new to the game is H8 mode which is eight hard and long Levels, that can become truly testing. Losing the game though doesn’t totally punish the way you may expect. Fortunately, and unfortunately, you can keep loading your last save which always has your last hero, which also removes the stakes a little.

88 Heroes: 98 Heroes Edition is a simple platforming game, which thanks to its huge list of characters, adds a lot of variety and a lot of laughs. Its short levels make it a game that’s super easy to pick up and put down making it perfect for a handheld, and its pixel art looks great on the Switch. 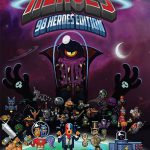