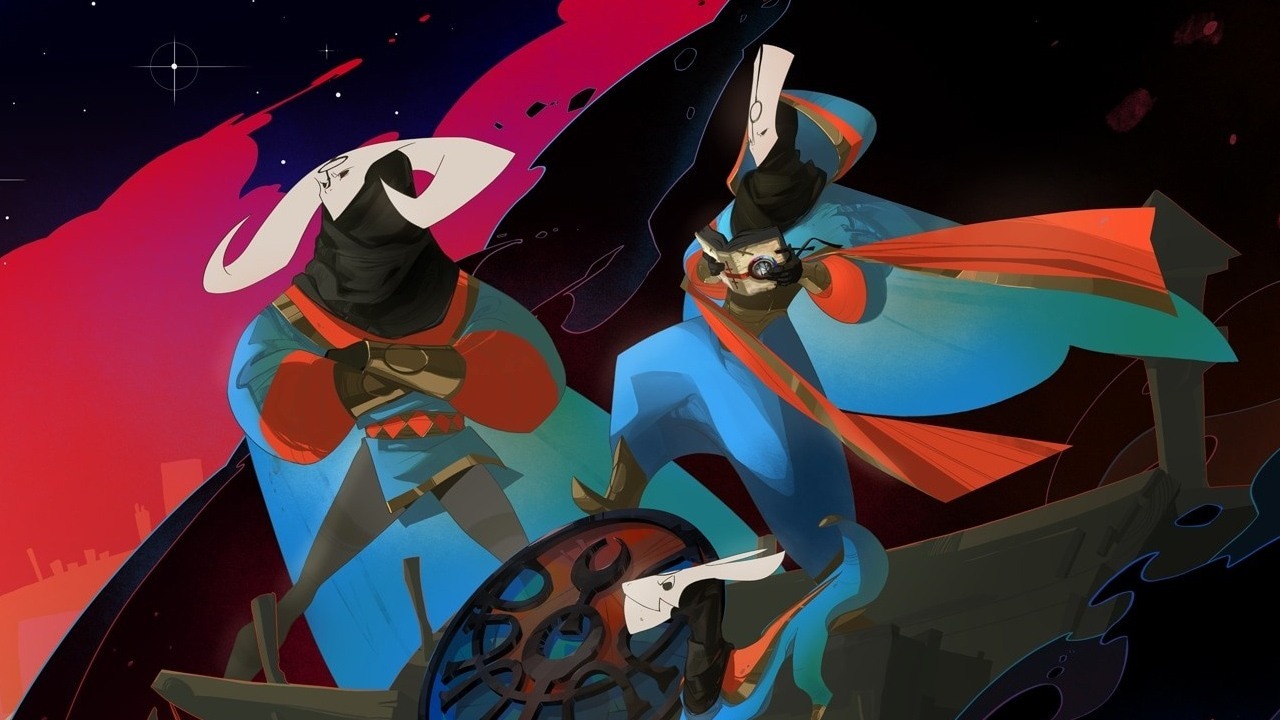 One of the things I have enjoyed from the indie game scene, is seeing devs with the freedom to make their games to their own visions. As this has gone on some have started to create their own iconic styles, and one of those is Supergiant Games. With Bastion and Transistor, they created a unique style, both in art and gameplay, that was worth taking note of, and with Pyre they have thrown the gameplay out but kept the art to make something familiar yet totally new.

Pyre tells the story of the Reader, who thanks to the banning of literacy in the commonwealth, has sent you down to the Downside, a purgatory of sorts. This results in the Reader needing to build a group of companions so they can earn their freedom, which is achieved by completing enough Rites. 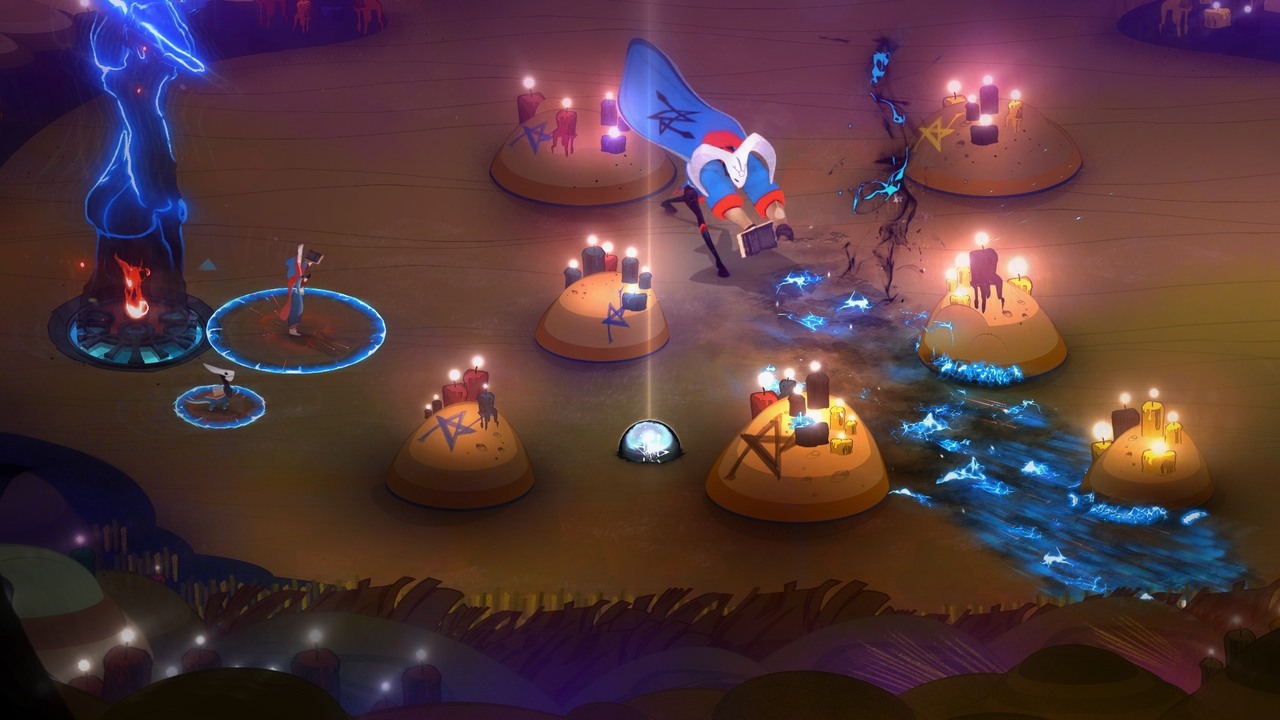 The story itself doesn’t get too much more complex than that, but is at its strongest when telling the individual character’s stories. As you build out your party you gain different characters, and their history and hopes for the future all feel worthwhile reading. Their relationships and conversations are interesting, but be ready to read, a lot, if you want to get the most out of this.

Rites, which are the games battles, put you in a small arena where you need to get the ball into the opponent’s pyre until it is defeated. This involves moving your character around, and passing the orb to other characters to move them towards the goal. Different characters have different positives and negatives, so for example, a character that can take a lot of hits moves slower. As I describe it, it sounds like a weird fantasy basketball game, and it kind of is. Mastering your characters and using their strengths and weaknesses is crucial to doing well in these matches. 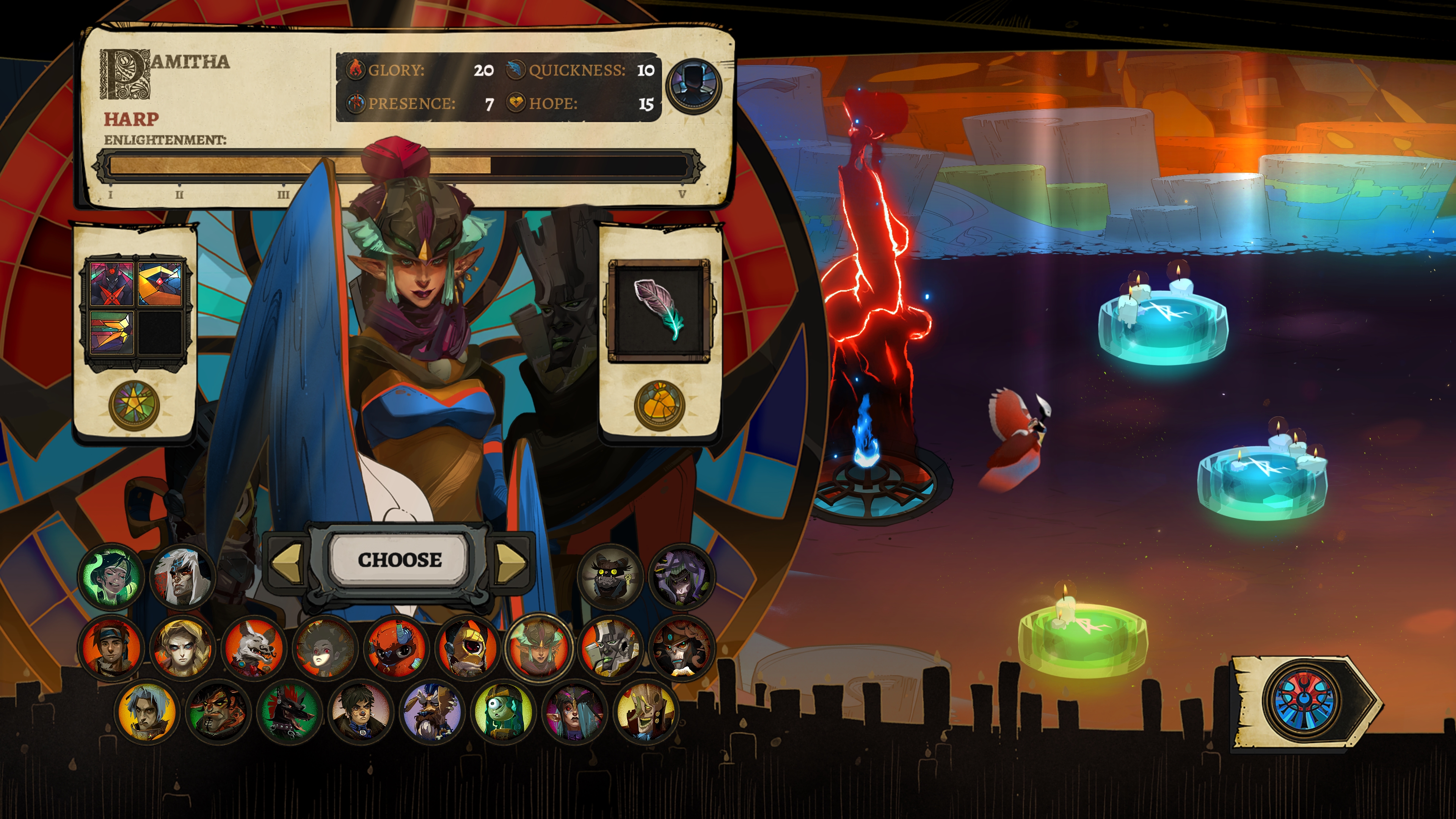 The game continues if you win or lose a battle, which means it’s that much more important if you decide to activate Titan Stars. Titan Stars make the battles harder in some way, such as increasing opponents Pyres’ HP, or decreasing yours. The increased difficulty if you can crack it is worthwhile as it does increase the experience gained. These battles can change the group so it’s worth keeping winning within reach

Fortunately, Supergiant realised they did something wonderful here and made an offline battle mode where you can play against AI or playing local multiplayer. There are no online battles, but it’s still better than nothing, and it’s fun to play as characters you only viewed as opponents in the story. 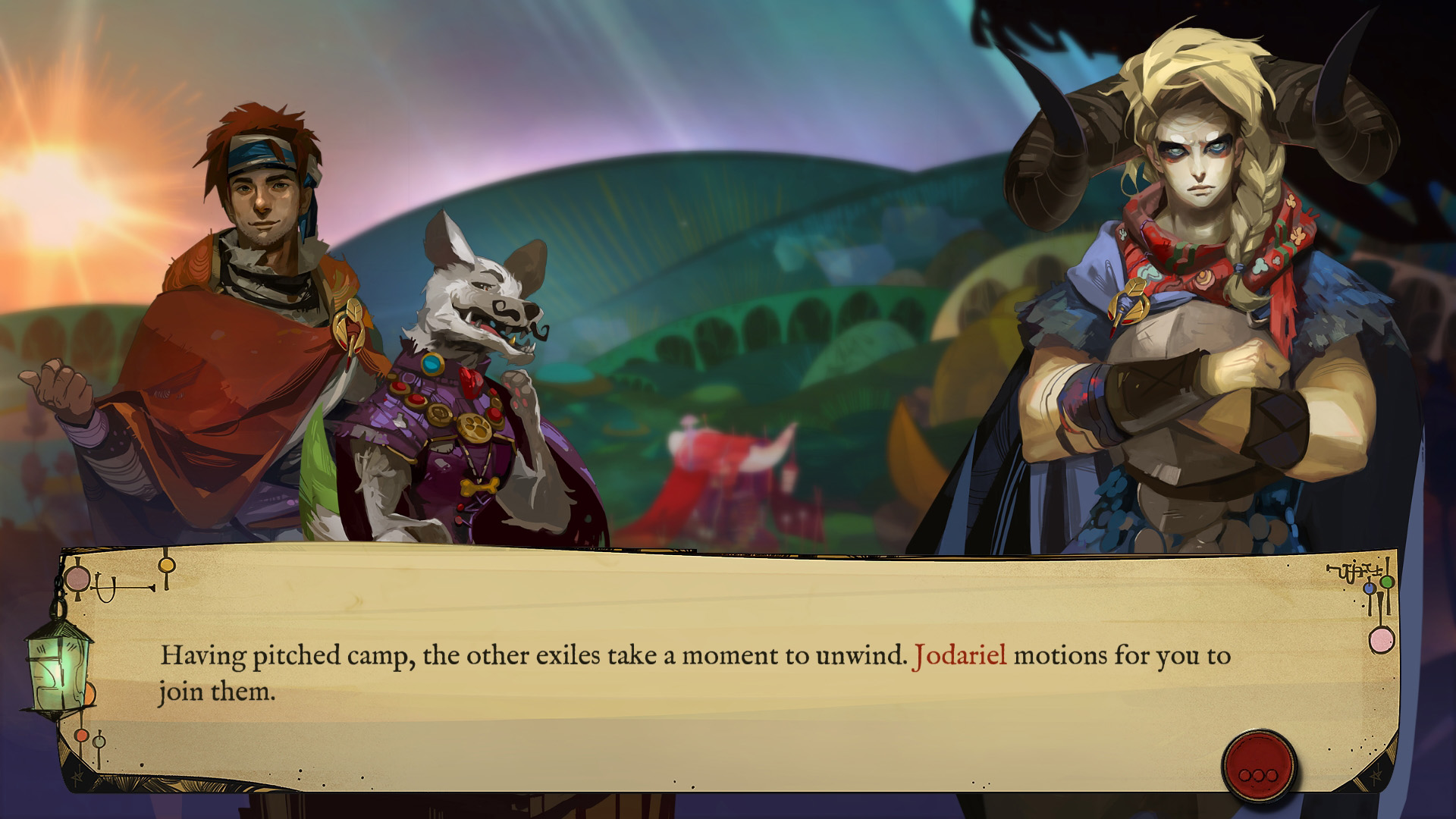 As mentioned before the art is like Supergiant’s previous games, which has an almost painting like style to them, and it’s gorgeous. Character designs are unique, and this is brought home with the beautiful art touches added. On top of this is a wonderful soundtrack that is spuriously peaceful to listen to, even during intense combat.

Pyre is one of those games that is both tough and easy to recommend. It’s a unique blend of RPG, graphic novel, and sports, which may not appeal to fans or detractors of only one of the above genres, and yet it’s a truly wonderful game for that reason. A gorgeous art style presenting a truly wonderful game that anyone would be crazy to overlook, I can’t wait to see what supergiant does next.