On the 10th of December, 2015 PlayStation Australia held a press conference and a lavish evening party to celebrate 20 years of PlayStation. Shane the Gamer’s Darren Price was there.

Sitting unassuming in the middle of the world’s most famous harbour, Sydney Harbour, is Cockatoo Island. The site of a former Gaol and shipyard, the island is now a UNESCO World Heritage Site and events centre.  It was among this bit of Australian history that Sony chose to celebrate a very special part of video gaming history: The PlayStation.

Hosted by PlayStation ANZ Managing Director, Michael Ephraim, select media were treated to a montage of classic adverts and game footage highlighting just how far, over the four generations of the machine, the PlayStation had come since its launch in 1995.

In the mid-nineties Sony’s PlayStation revolutionised the video game console market dragging a niche hobby from the bedrooms of enthusiasts and children into the front rooms of twenty-somethings. The PlayStation brand became the definition of cool and something that it has retained for two decades.

As well as upping the ante when it comes to incredible games the PlayStation 2 also introduced many households to DVD movies with its integrated DVD player, something that the PS3 would also do with Blu-ray movies. 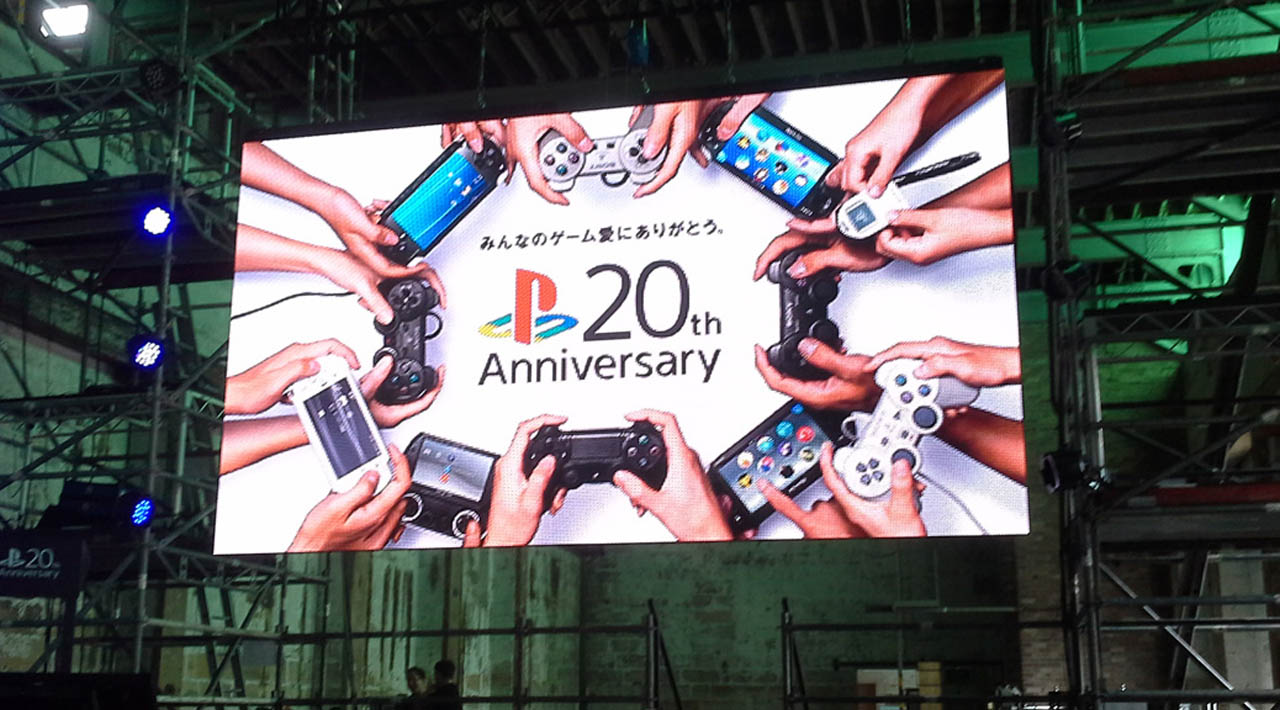 The PlayStation 4 continues the legacy of its forebears in host some of the best video-gaming experiences available today. And just around the corner PlayStation VR promises to bring us the future of total immersion gameplay.

Michael Ephraim, Managing Director Sony Computer Entertainment Australia told the audience: “I’ve had the pleasure of being part of the PlayStation journey here in Australia for the last two decades and I am proud of what we have achieved to date.

I am even more excited about the future. Innovation is in our DNA, and this, combined with a fierce drive to continuously expand the boundaries of play will mean PS4 is the number one console for the entire family.”

Whilst it was a celebration of PlayStation’s 20th Anniversary, the event was a much about PlayStation’s future as it was the past and offered me the opportunity for a sneak peek at what Sony has in store for us over the next year. 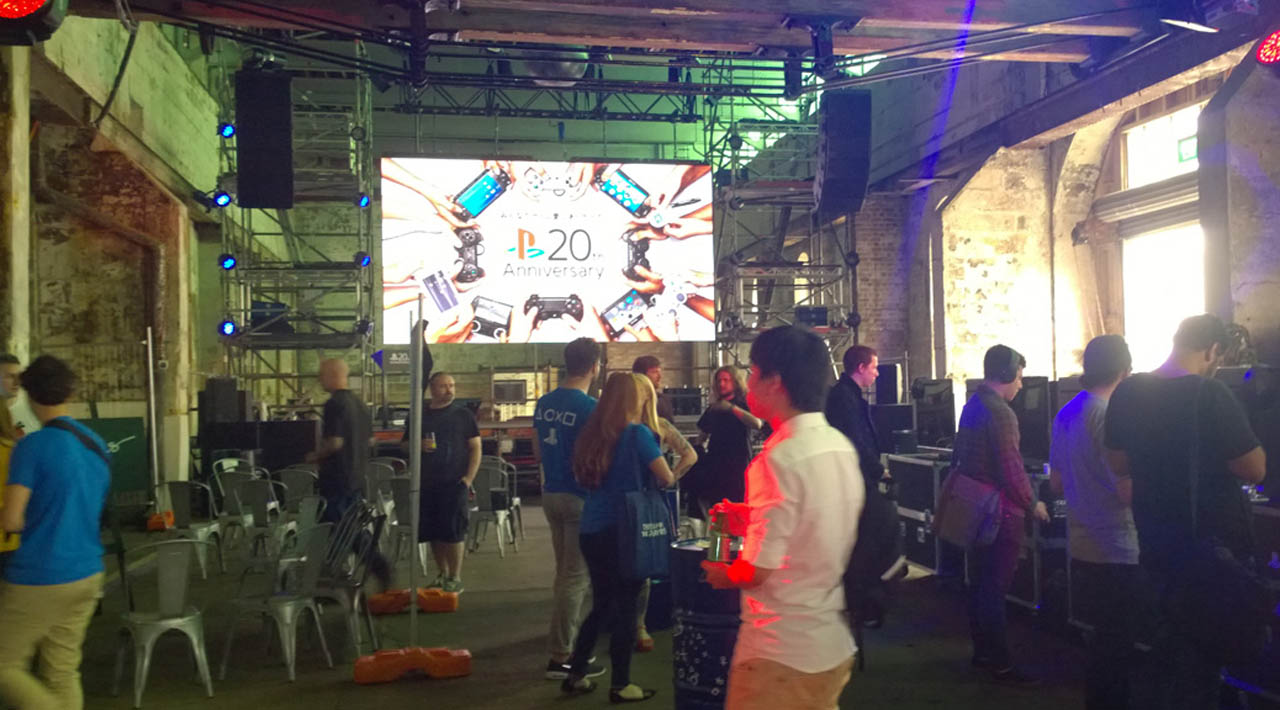 The Uncharted 4 multiplayer mode promises to provide players with the pinnacle of the Uncharted series’ unique vertical gameplay. I had the chance to play a bit of the multiplayer beta that was made available to fans that purchased Uncharted: The Nathan Drake Collection, which features the first three games remastered for PS4.

Uncharted 4: A Thief’s End harnesses the power of PS4, allowing more than double the number of polygons per character than in the previous console generation. Launching next year, it concludes the story of Nathan Drake and is exclusive to PlayStation 4.

Next year Street Fighter V comes exclusively on console to PlayStation 4. The PS4 brings state-of-the-art graphics to the veteran fighting game franchise. It looks fantastic and runs silky-smooth. Definitely one to watch out for next year.

Her upcoming game, Dreams, promises to deliver more of the unique gameplay that Media Molecule is famous for. Straight off a jet from the US PlayStation Experience, Siobhan was on hand to show us a little of what the game was about. 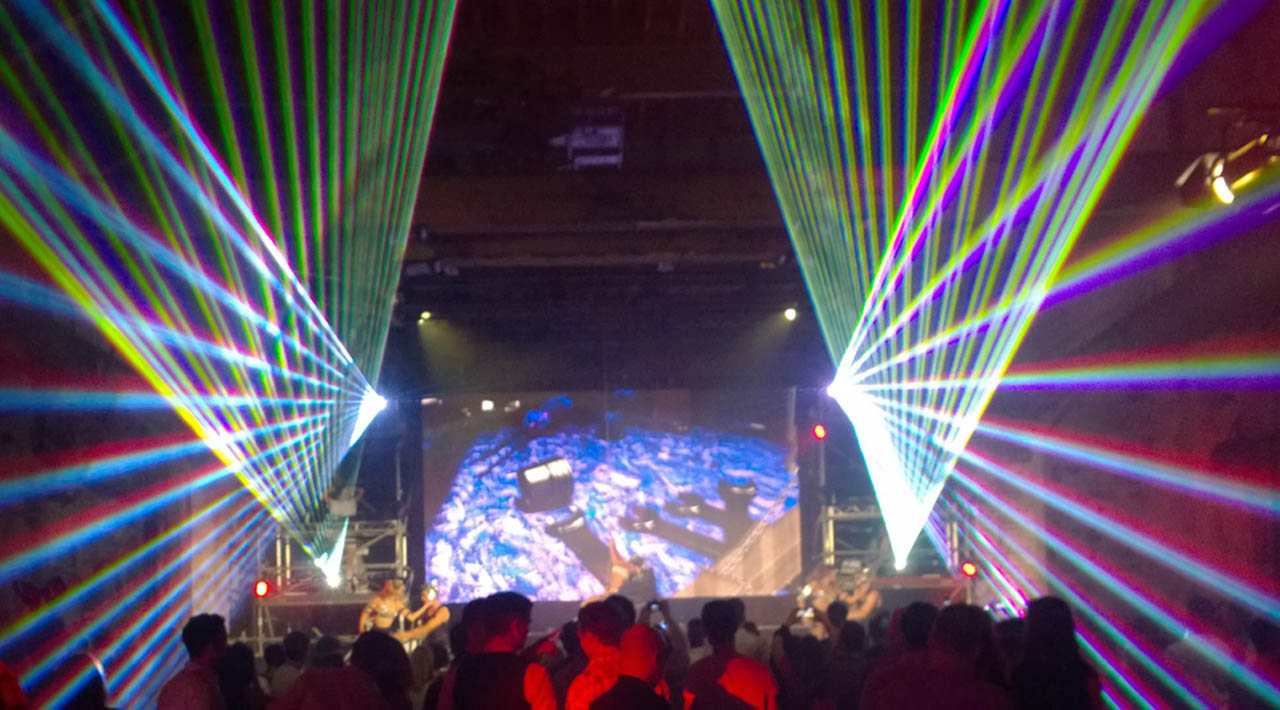 The ambitious PS4 masterpiece is a place to create anything imaginable, whether it’s games, films, music, or something in-between. The showcase explained how players can go on unique journeys to travel between Dreams as well as construct and use their own custom-made assets along with pre-existing ones. Experiences are limited only by players’ imaginations.

Siobhan said: “I always love coming home to Australia and what better way this December than to celebrate 20 years of PlayStation and reveal Dreams. We are really looking forward to people experiencing Dreams and immersing themselves in its the ever-evolving worlds. We hope both gamers and non-gamers will fall in love with it.”

Next year sees PlayStation embark on an adventure that could change the way we play games and interact with one another, forever. PlayStation VR will allow players to realise their dream of being 100% immersed in their games.

Seeing, of course is believing. Whilst I’ve had a number of VR experiences over the years, from the old arcade cabinets in the 90’s to the Oculus Rift, nothing could have prepared me for the PlayStation VR. 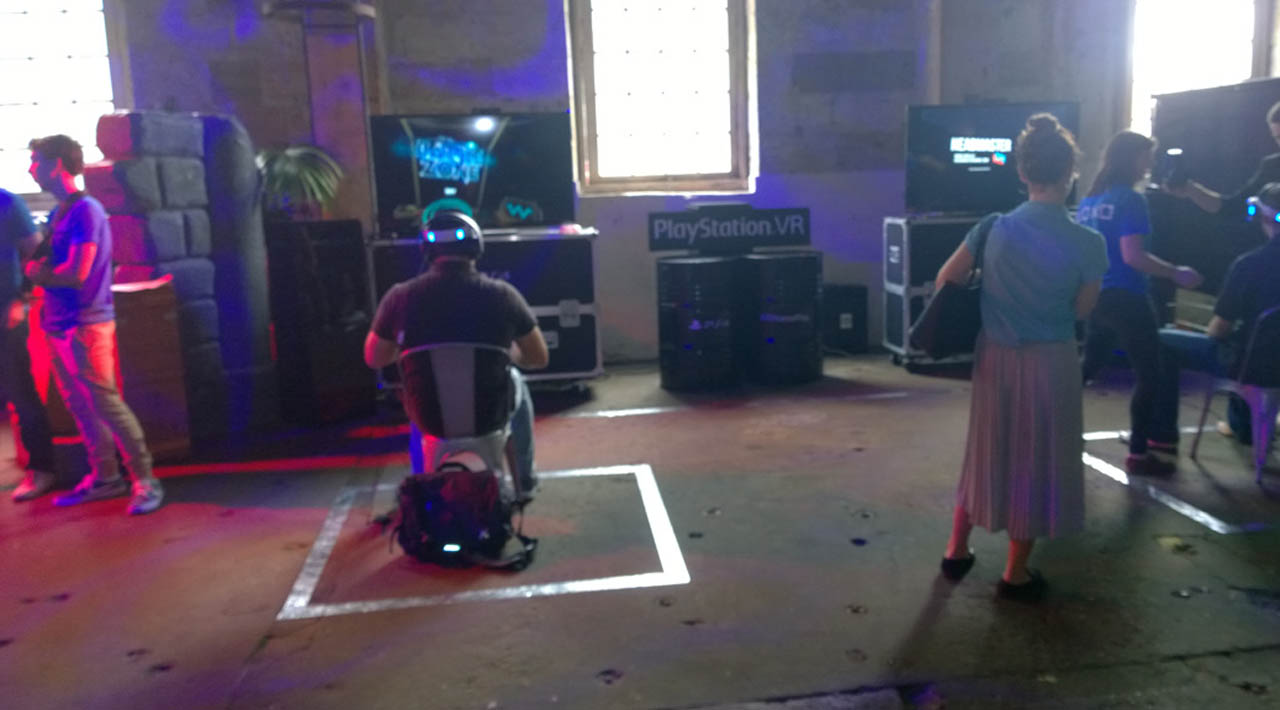 For my PlayStation VR demo I got to try a reimagined version of the classic Battlezone tank simulator. With the VR headset in place, even over my glasses, it felt weightless and very comfortable. My glasses were able to sit naturally and nothing felt like it was pressing against my head. I was immediately transported into the cockpit of an extremely mobile tank looking out through a glass canopy onto a landscape that looked straight out of Tron. Looking around me the control equipment inside the tank looked so real it was as if I could touch it, looking down I could even see pedals real enough to push.

It’s difficult to explain an experience that felt so real. I was there in that tank. Whizzing about a virtual battleground as if it was all real. It was incredible.

I was also glad that even with the tank zipping about and pirouetting around, as I shot at the targets, I never once felt ill – I can’t say the same thing about my last Oculus Rift experience. If this is the quality of experience that you can have with a product still in development, I can’t wait to get my hands on the retail version.

“PlayStation VR is the single biggest step in innovation I have seen in my career of over 20 years at PlayStation,” said ANZ PlayStation boss, Michael Ephraim.

“It’s a game changer for the industry and is a clear sign of what’s in the store for both the gaming and the wider home-entertainment offering. The one thing I can tell you is you have to try it to believe it. Everyone I’ve seen use PlayStation VR has been blown away and the experience exceeded their expectations.” 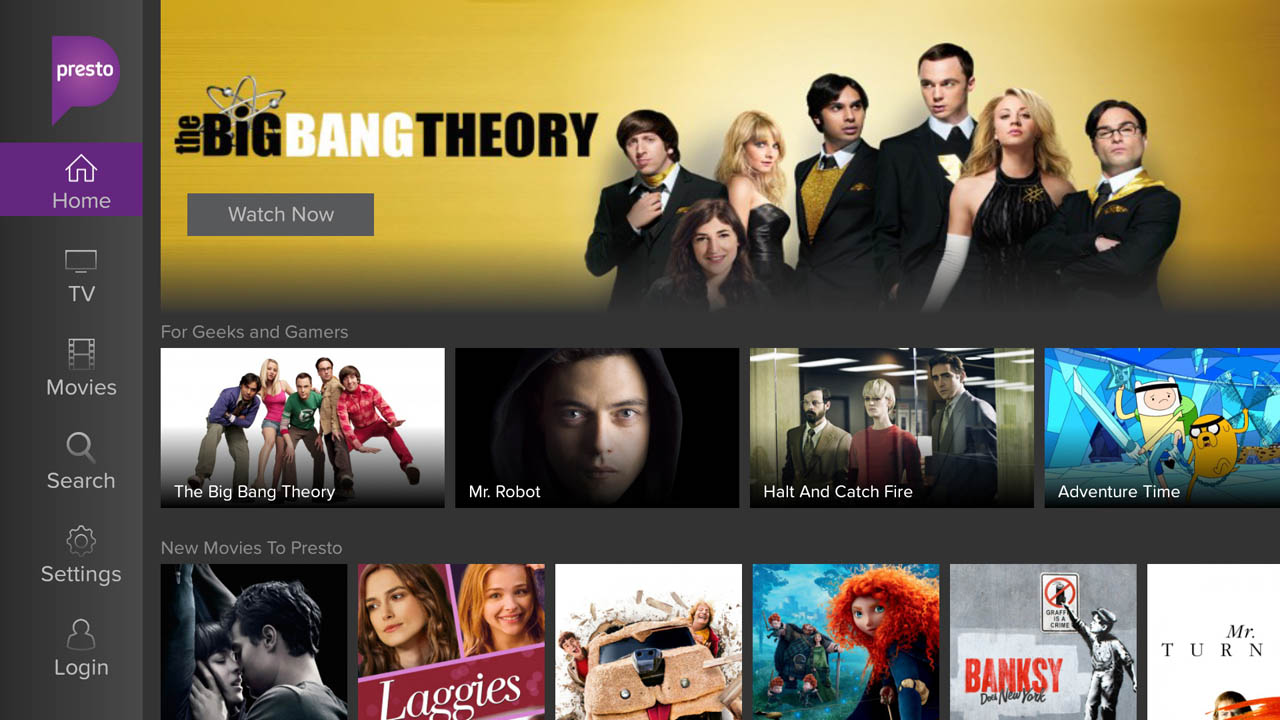 There’s never been a more exciting time to be a PlayStation 4 owner, with many exciting things to look forward to. But right now, with the recent inclusion of Presto, the PlayStation 4 provides gamers with access to all of Australia’s streaming video-on-demand services. Presto joins Stan, Netflix, Spotify, Quickflix, and Foxtel Play making the console an essential part of your living room entertainment centre.

Shaun James, Presto TV CEO had this to say, “We’re thrilled to be involved in Sony PlayStation’s 20th anniversary and congratulate them on bringing Australia fantastic interactive gaming entertainment for two decades; and today we’re equally excited to help them elevate their entertainment offering to new heights with the launch of Presto on PlayStation 3 and 4 consoles offering their community access to Presto’s unbelievable premium TV and movies on demand.”

To celebrate their launch on PS4, Presto has curated a special collection of its hit programs, created with PlayStation users in mind and available on devices now. Programs include all seven seasons of The Big Bang Theory, Heroes, The Walking Dead, Entourage, Parks and Recreation, Flight of the Conchords, The X-Files and Buffy the Vampire Slayer.

It’s certainly been an exciting twenty years for PlayStation and, from what I’ve seen, it’s not over yet. Happy Birthday PlayStation! I’m looking forward to see what you bring us over the next twenty years!