Why The Witcher 3: Wild Hunt Will Blow You Away (Hands On) – Preview 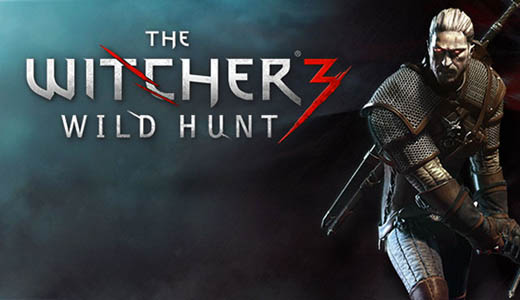 So there I sat, with the lovely animated intro to The Witcher 3: Wild Hunt playing out in front of me, about to embark on the first three hours of CD Projekt RED’s RPG threequel.

The Witcher: Wild Hunt is one of the year’s most eagerly awaited games.

Whilst I’d seen the game in action a few times, this three hour preview was to be my first time actually hands-on and in control of The Witcher himself, Geralt of Rivia for his third outing. 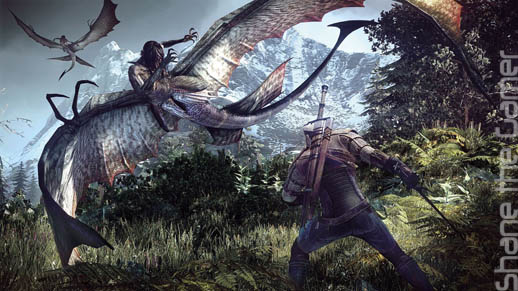 As much as I was looking forward to playing the game, I was also somewhat apprehensive.

How on earth can you form any sort of meaningful opinion after playing only three hours of a game likely to take up the best part of 100 hours of your life to “complete”?

Well, as far as I’m concerned you can’t. 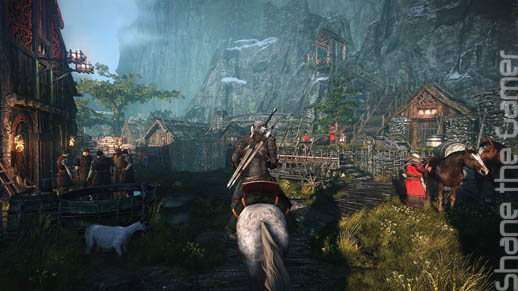 There are others out there that would seem to disagree, games journalist and bloggers alike, that feel, after only a few hours playing The Witcher 3, qualified enough to inform the gaming public that Geralt of Rivia’s next outing is going to be THE NEXT BIG THING.

A three hour session with incomplete preview code can only give you a taste of a game, at best. 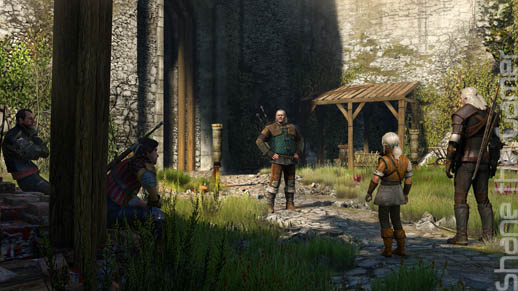 If you’ve a critical eye, you are more likely to see the game’s failings during the early part of the game, before you’ve let yourself become emotionally invested in the story and the characters.

So I sat there playing The Witcher 3 and all I could think of was how the graphics looked startlingly similar to those of the last game, over two years ago. 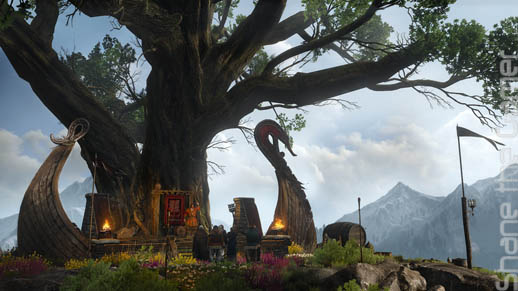 Then, just like that, the three hour preview was over. I was left with these thoughts:

Thankfully I wrote some notes down and a few days later, apart from the above, I couldn’t remember much about the preview session. 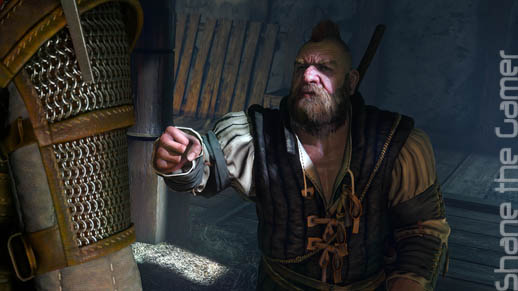 I’m not that keen on previews, apart from the bragging rights, there’s not much point.

I remember being asked how I found my preview of Dragon Age: Inquisition (a bloody eighty-hour plus game) after a couple of hours play. I think after a few too many beers my honest answer was “not shit”.

In truth, having now played the game for approaching 100 hours, those first few hours hardly scraped the surface.

And it’s exactly the same with The Witcher 3: Wild Hunt.

So when I finished my preview and was asked what I thought of the game I shuffled around a bit, my hands in my pockets and gave out a non-committal “yeah”.

Three hours with the game and I didn’t have a sodding clue if it was good or not.

It was going to take a bit more detective work before I could REALLY give my view on whether I think that the game is going to be any good or not..

So, what do we know? 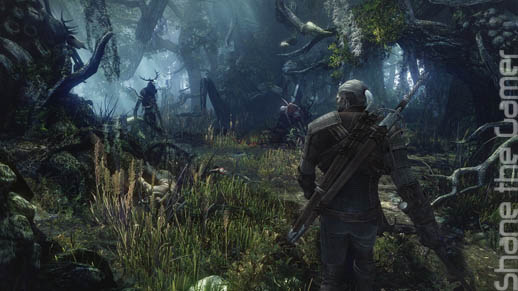 Well, The Witcher games are based on a series of novels that were first published in 1986. They describe the adventures of Geralt of Rivia, the titular Witcher, as written by Polish author Andrzej Sapkowski.

The games are actually sequels the books and no, I have not read the novels, but I was told that was the case by The Witcher 3’s senior writer, Jakub Szamalek.

Whilst I’m always happy to take one for the team, I draw the line at reading Polish literature. Who’s got the time, anyway? 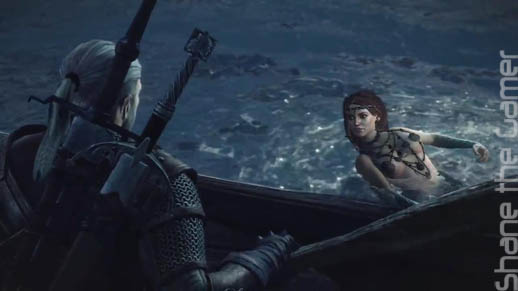 Apparently these books are very popular in Poland and Russia, revered in much the same way that Tolkien’s works are in the west.

So there you go.

The Witcher 3: Wild Hunt is the third game in the series (duh). So perhaps the easiest way to ascertain whether or not the game is going to be shit would be to take a look at what CD Projekt RED have done with the franchise in the past. 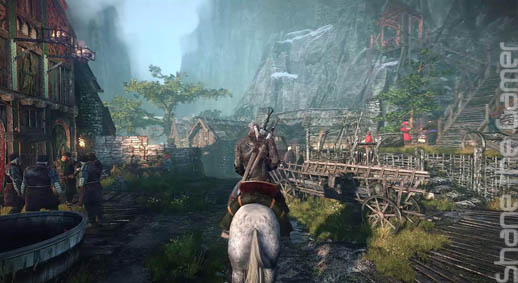 The Witcher came out in 2007 for Windows PC.

An Xbox 360 and PS3 version was planned, but it got canned due to a dispute between CD Projekt RED and the French outfit porting the game over.

The enhanced version of the game, with updated graphics and two extra adventures, was released as a free patch to owners of the original (something to note right there) in 2008. The game has been sitting idle, unplayed, on my hard drive for a few years. 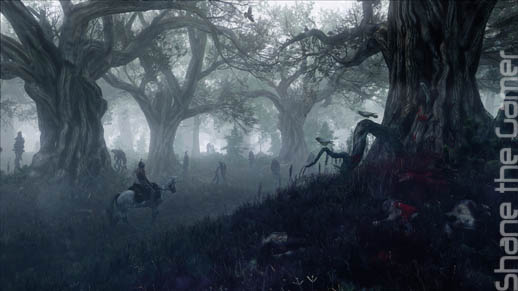 Over the Australia Day weekend I fired up The Witcher Enhanced Edition and gave it a go. I was surprised just how good it looked and how well it played considering its now vintage.

Sure, the game is showing its age a bit, but it still offers some pretty decent visuals and some great gameplay.

The combat is a bit odd, but not really too different from that of Dragon Age. You click your opponent and Geralt takes a swing at him. 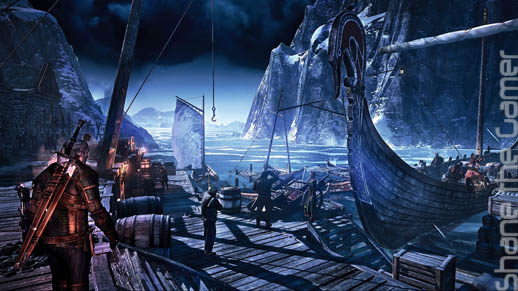 For a seven year old game to still be able offer someone as miserable and fickle as me such a deep and well-formed RPG experience was quite the surprise. My only issue with the game was that it took me so long to get around to enjoying it.

Whilst researching this very article, I discovered that my copy of The Witcher Enhanced Edition should have included some extras.

Whilst I’d read the interactive comic book that comes with the game, I wasn’t aware of anything else. 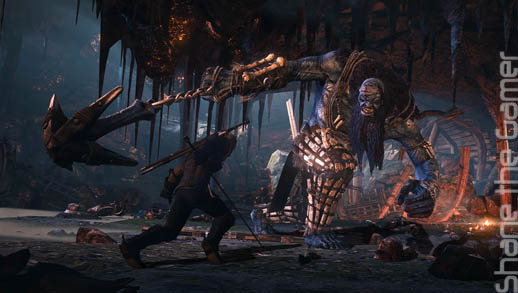 Checking the game’s Steam folder, there it was: a DVD’s worth of “making of” videos, the original soundtrack album (with the game’s beautiful choral theme tune) and another album of music inspired by The Witcher, two maps of the world and a digital game guide.

That’s a pretty comprehensive package, all included in the original price of the game. 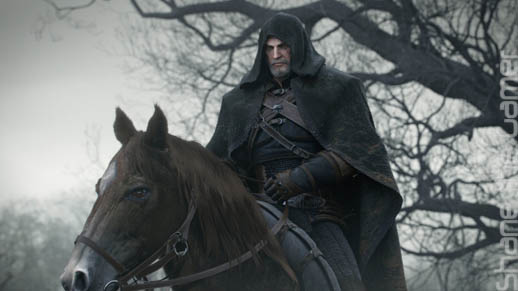 The second game in the series, The Witcher 2: Assassins of Kings came out on PC in 2011, offering players a refined combat system and stunningly upgraded visuals.

For a year after release CD Projekt RED continued to patch the game adding significant extra content such as new quests, an arena mode and updated in-game tutorials all free of charge.

The final update to The Witcher 2, in January 2012, upgraded the game to the Enhanced edition, again for free, just as the developers did with the first game. 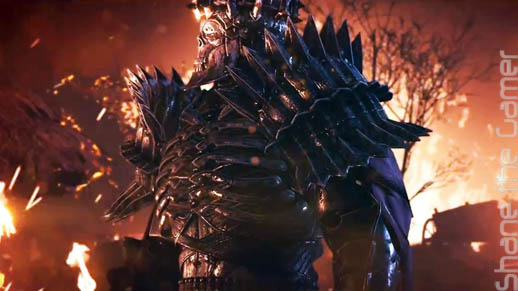 The Enhanced Edition features the new CGI intro and outro from the Xbox 360 version released around the same time, plus four hours of extra gameplay and a host of fixed and user interface enhancements.

My Steam version of The Witcher 2: Assassins of Kings Enhanced Edition also has a ridiculous amount of optional extras that can be downloaded. 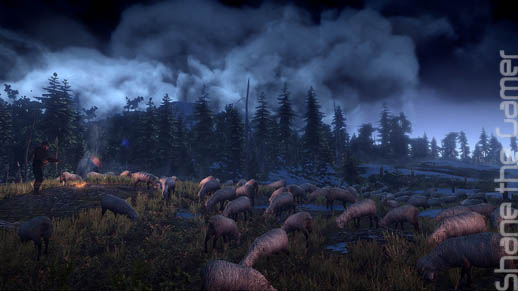 Again, some fantastic extras all for the original price of admission. 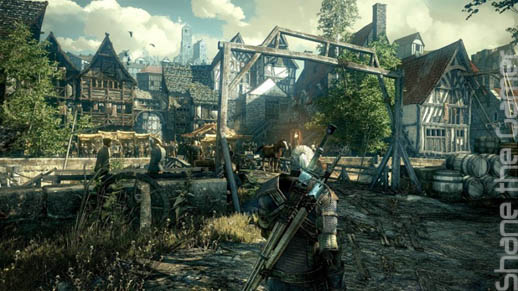 The first two games stand as proof that the developers at CD Projekt RED are not ones to abandon their projects. I’ve sat down with them a few times now and I can tell you that you only have to speak to them for a little while to realise the passion that they have for their games.

CD Projekt RED have enhanced and extended the previous Witcher games at no extra cost to players. The level of support that the developers have given their games is unprecedented. 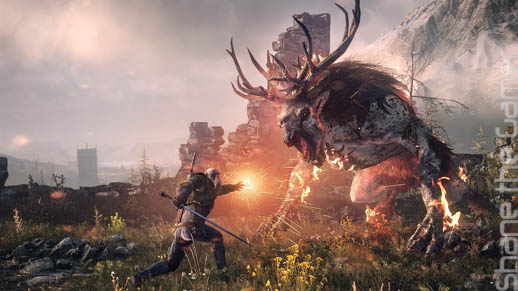 It’s also worth noting that CD Projekt RED purchased the rights for The Witcher, themselves from author Andrzej Sapkowski, and built their company on the strength of that one IP. Nobody likes shitting were they eat.

The Witcher is now a true trans-media entertainment franchise.

The novels, games and Polish language graphic novels have now been joined by a comic book series Dark Horse Comic. 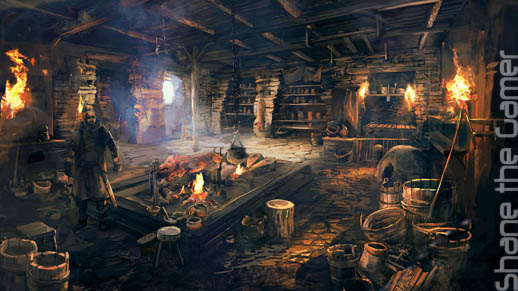 Now let’s take another look and The Witcher 3: Wild Hunt.

I was first shown the game at a behind closed doors presentation at E3 last year. It looked good, but it was what it was, a presentation. 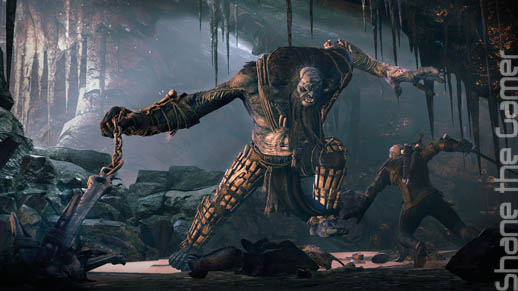 Still the game undeniably showed a lot of promise and was one of the most exciting things I saw at the show.

In September last year, at the EB Expo, I was fortunate enough to sit down with one of the game’s writers, Jakub Szamalek, and discuss the incredible level of detail that the developers put into the game to make the experience as grounded as possible, right down to the type of materials used to build Novigrad’s walls. 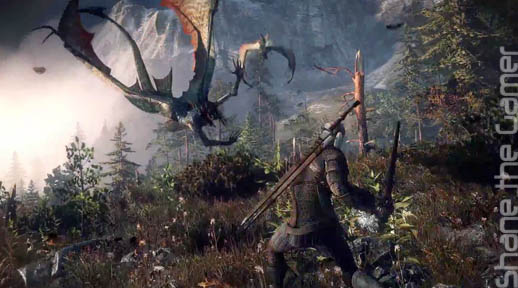 I also, by virtue of an early appointment, had a personal live theatre demonstration of The Witcher 3: Wild Hunt.

It was the now famous griffin hunt, but with a nice tour of the city of Novigrad thrown in for good measure.

But it was only last week, at the Sydney offices of local distributor Bandai Namco, that I finally got to play the game for myself.

Like I said earlier, I’ve forgotten most of it, but, it was a lot of fun. 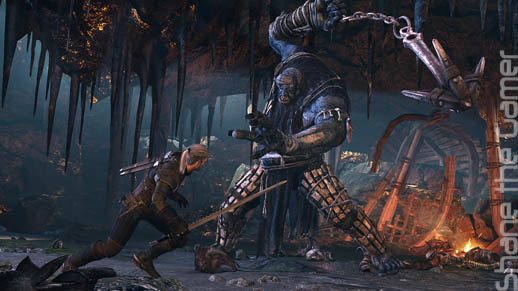 So, back to me standing there, being asked what I thought of the game. Well, based on a three hour preview alone, my answer would still probably be an awkward “yeah”.

But, based on The Witcher’s legacy, I can give a better answer. 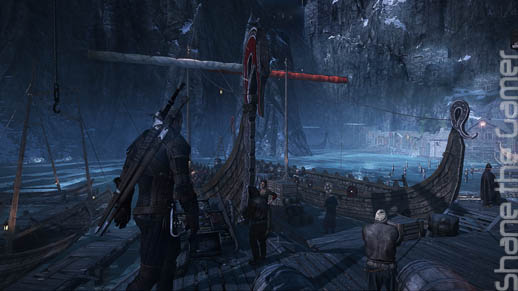 Considering the preceding games, CD Projekt RED has demonstrated dedication to the franchise and their fans, the live demos, my interviews and my informal conversations with the developers, there’s a very good chance that The Witcher 3: Wild Hunt is going to be one of the games of the year, if not THE game of the year.