Meet the Sony A7 III 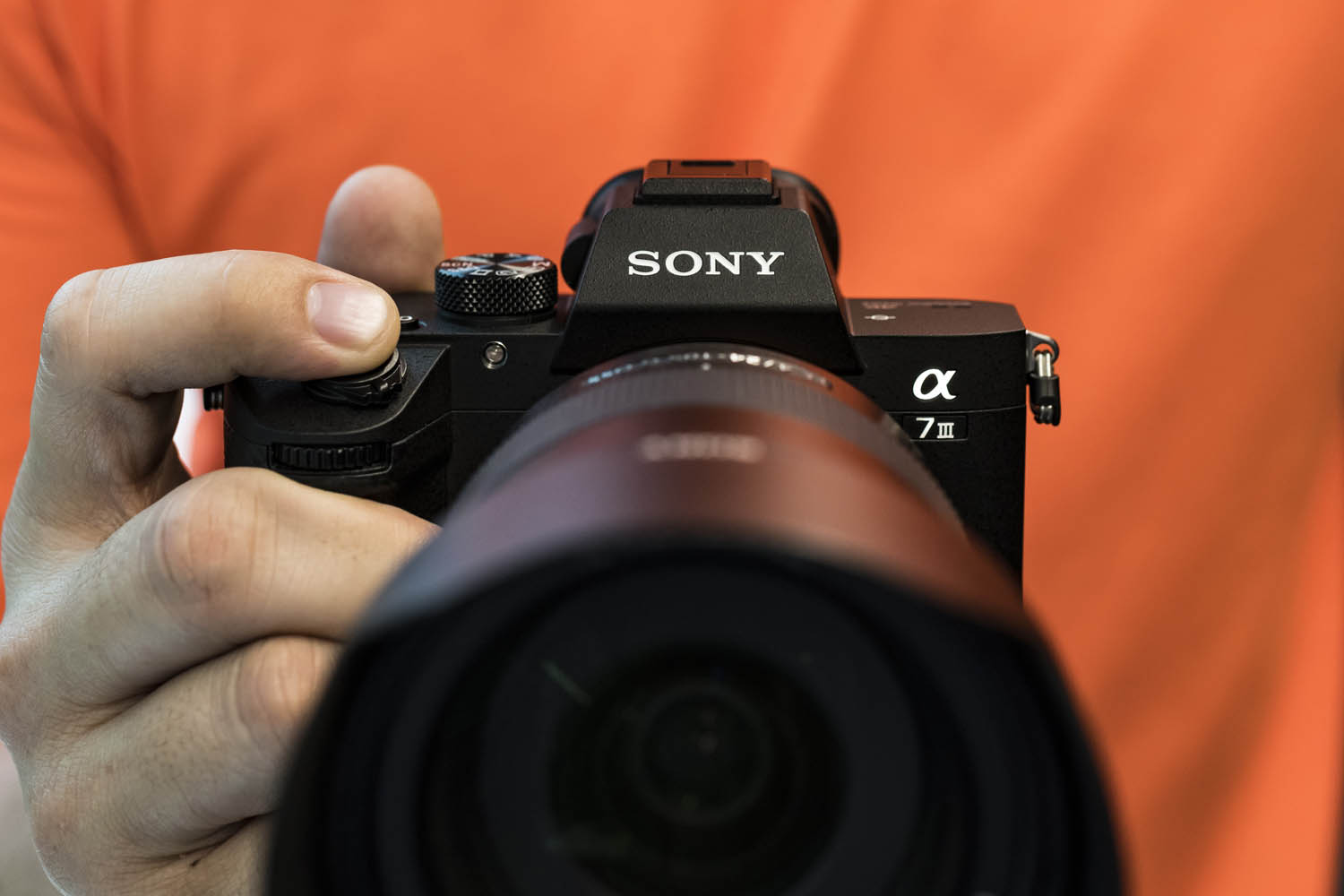 Sony, a worldwide leader in digital imaging and the world’s largest image sensor manufacturer, has today introduced yet another impressive addition to their full-frame mirrorless camera lineup, the α7 III (ILCE-7M3).

Sony’s unmatched innovation within the image sensor space is at the forefront of the new α7 III, as it features a brand new 24.2MP back-illuminated Exmor R CMOS image sensor with increased sensitivity, outstanding resolution and an impressive 15 stops of dynamic range at low sensitivities.   By combining this sensor with a variety of impressive features including extreme AF coverage of 93%, fast shooting at up to 10 fps with either mechanical shutter or silent shooting, diverse 4K video capabilities and more, Sony has created a new tool that gives all types of creators – from enthusiast to professional – the ability to capture content in new and different ways than they ever have before. 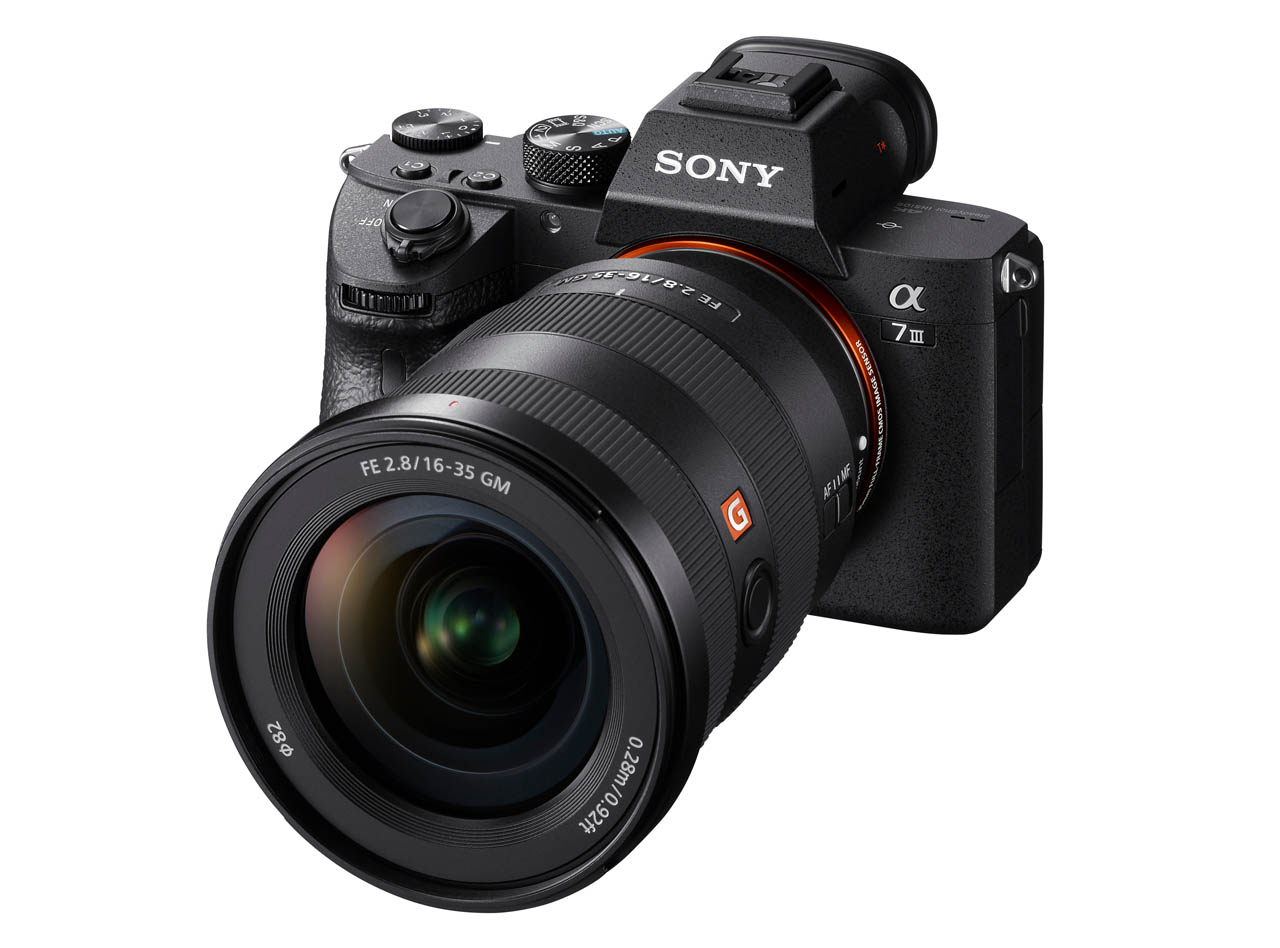 “We are continually pushing to deliver more for our customers – more versatility, more functionality and most importantly, more innovation,” said Neal Manowitz, Vice President of Digital Imaging for Sony Electronics.  “With the new α7 III, we’ve taken many of our newest and most advanced imaging technologies from the acclaimed the α9 and α7R III models and paired them with an all-new 24.2 MP back-illuminated sensor to deliver the ultimate full-frame camera for enthusiasts, hobbyists and professionals alike.  It’s a camera that punches far above its weight class in every capacity.  Combined with our impressive selection of 26 native full-frame E-mount lenses, it provides a level of performance that is simply unmatched in the industry.”

The newly developed 24.2MPi back-illuminated Exmor R CMOS image sensor is paired with a front-end LSI that effectively doubles the readout speed of the image sensor, as well as an updated BIONZ X processing-engine that boosts processing speed by approximately 1.8 times compared to the α7 II.  These powerful components work together to allow the camera to shoot at faster speeds while also enabling its impressive ISO range of 100 – 51200 (expandable to ISO 50 – 204800 for still images) and an overall 1.5 stop improvement in image quality.  The camera also features a massive 15-stop dynamic range at low sensitivity settings, ensuring outstanding overall performance at all settings and in all shooting conditions, with significant advancements in accurate colour reproductions of skin tones and the vibrant colour of nature. 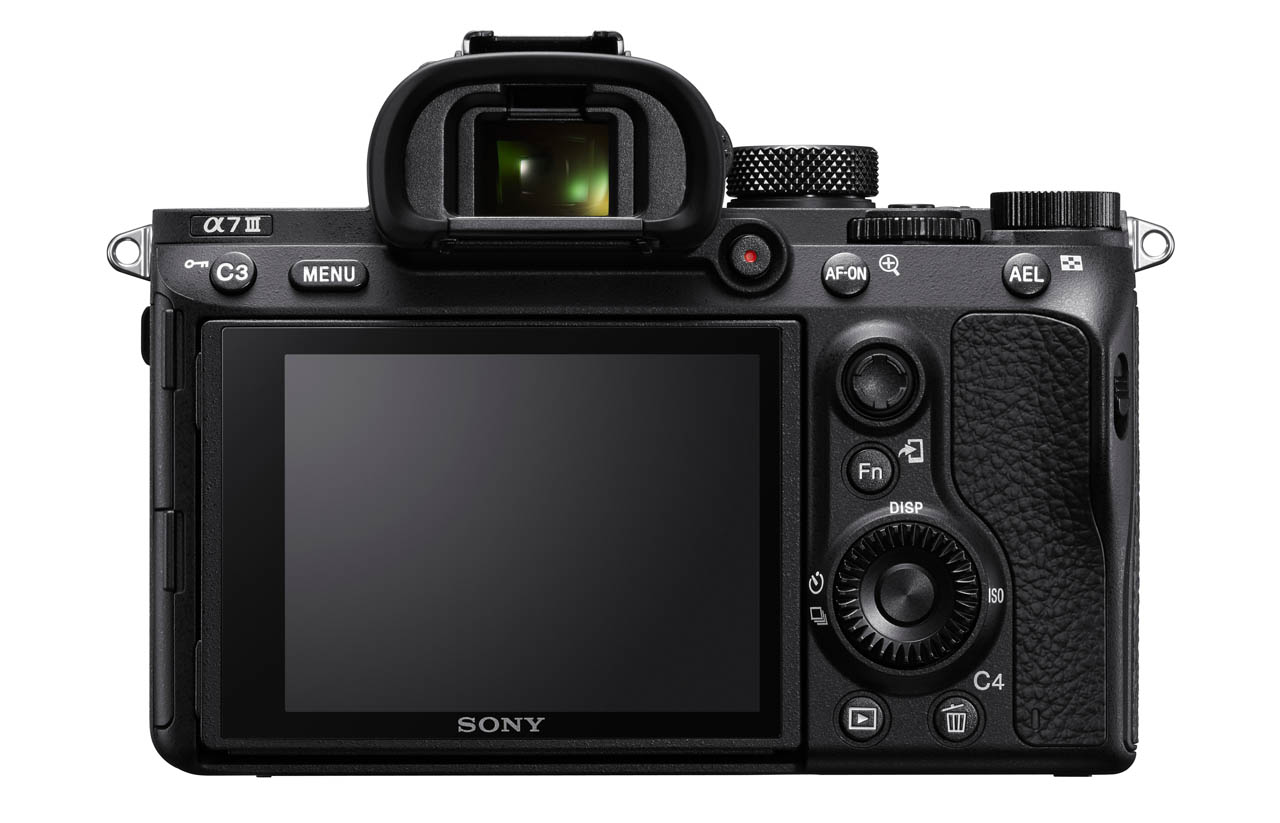 This new full-frame model can also output 14 bit RAW format even in silent and continuous shooting modes, and is equipped with a 5-axis optical image stabilisation system that results in a 5.0 step shutter speed advantage.

The innovative new α7 III full-frame mirrorless camera features a level of AF performance that has been largely improved over the α7 II, including the addition of 4D FOCUS capabilities.  The new camera has 425 contrast AF points that work with a 693-point focal-plane phase-detection AF system inherited from the acclaimed α9 model.  This innovative AF system covers approximately 93% of the frame, ensuring reliable focusing and tracking for even the most difficult to capture subjects.

AF response and tracking has also been greatly improved in the new camera, with almost 2x the focusing speed in low-light condition and 2x the tracking speed compared to the previous model as a result of the faster image sensor readout.  This allows complex and unpredictable motion to be captured with far greater precision and accuracy. 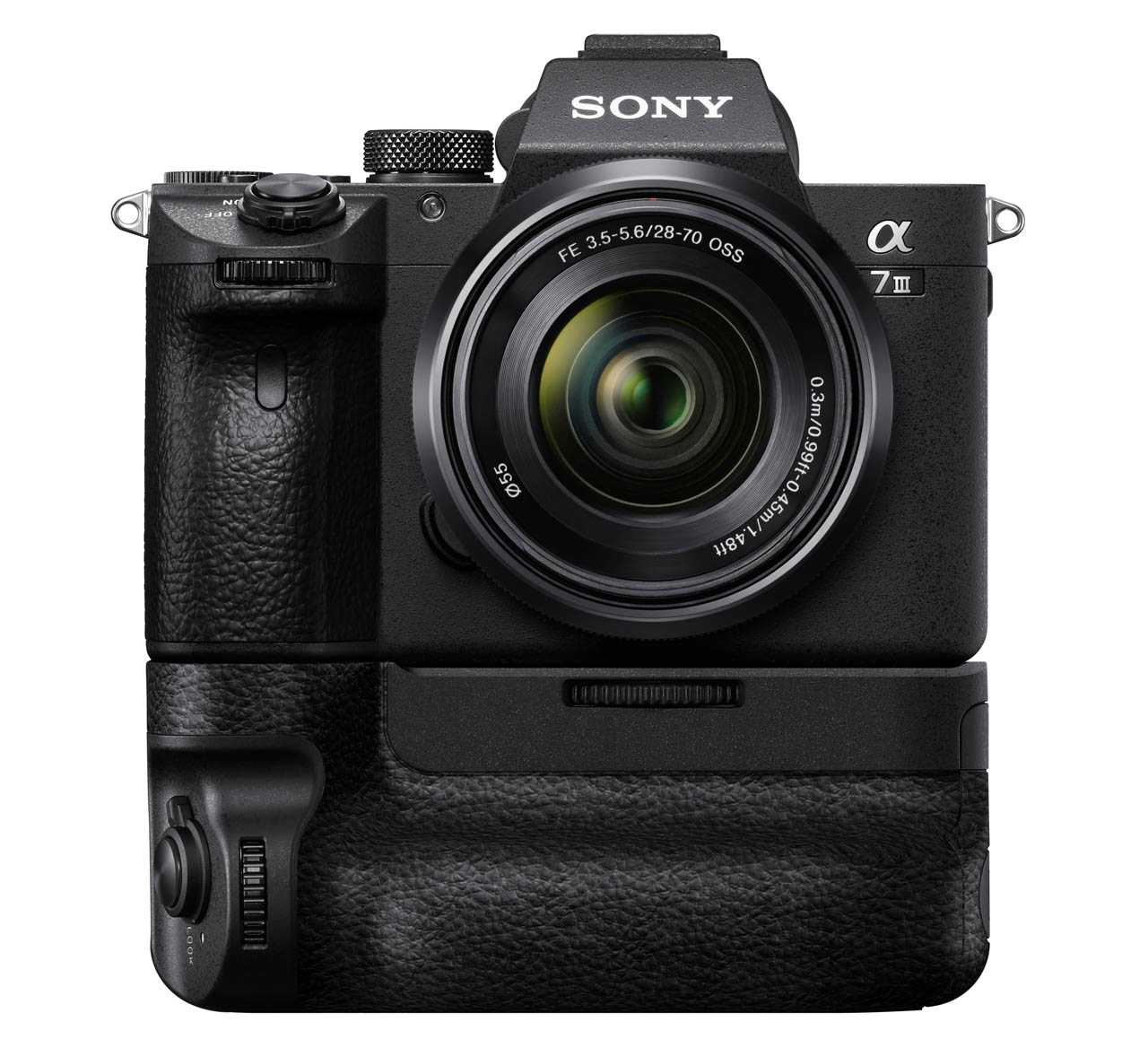 The acclaimed Eye AF feature is also available in the new camera, even in AF-C mode, which is extremely useful for situations where the subject is turning around, looking down or otherwise obstructed.  It also works when the α7 III is being used with Sony’s A-mount lenses with an optional LA-EA3 adaptor.  Additional improvements in focusing flexibility include the addition of a multi-selector or ‘joystick’ for moving focusing points quickly, the addition of touch focusing capability, AF availability in Focus Magnifier mode, an ‘AF On’ button and much more.

The new α7 III is equipped with an updated image processing system that allows it to shoot full resolution images at up to 10 fps with continuous, accurate AF/AE tracking for up to 177 standard JPEG images, 89 compressed RAW images or 40 uncompressed RAW images.  This high speed mode is available with either a mechanical shutter or a completely silent shooting, adding to the immense flexibility of the camera.  The camera can also shoot continuously at up to 8 fps in live view mode with minimal lag in the viewfinder or LCD screen. 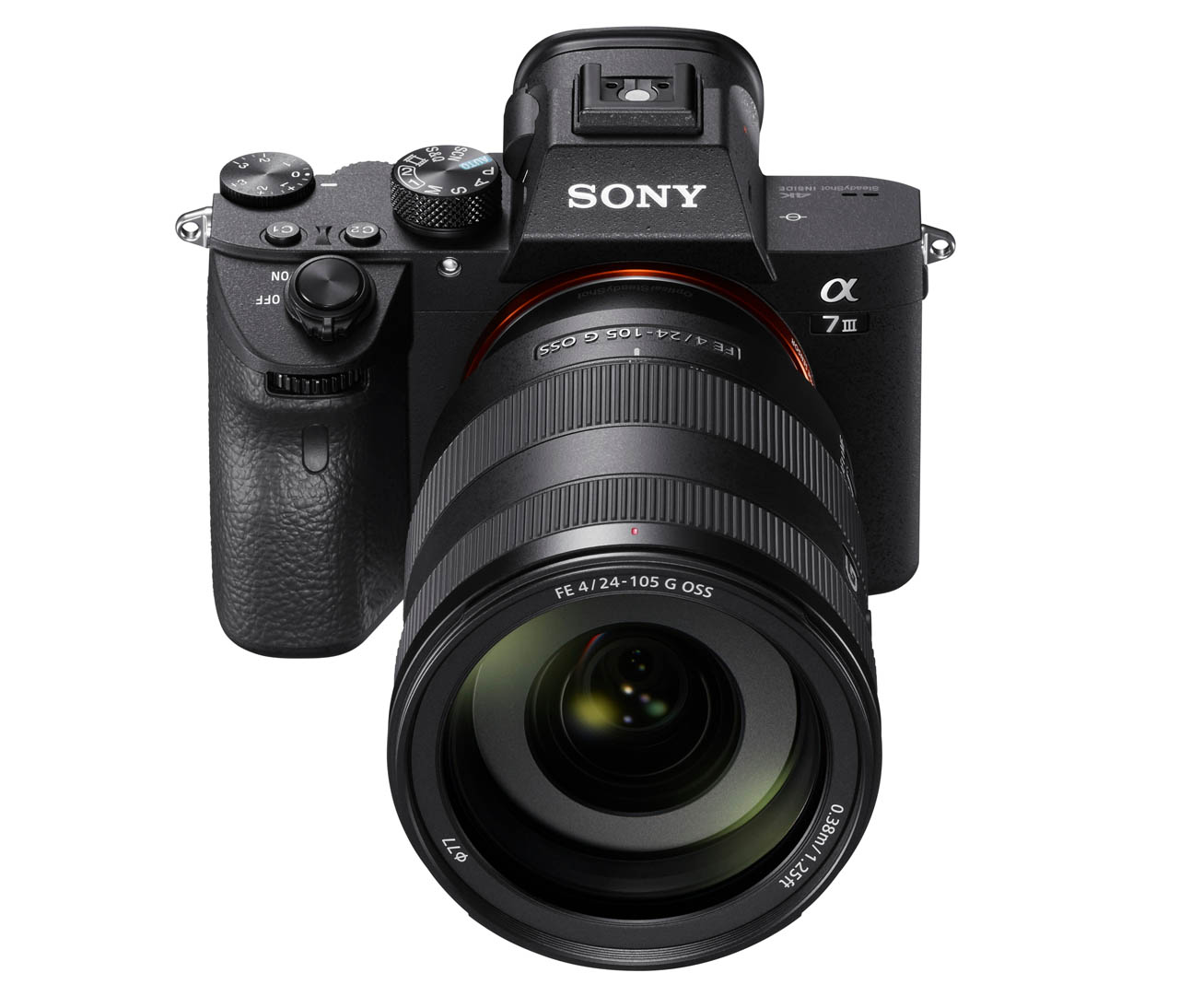 For added convenience, while large groups of burst images are being written to the memory card, many of the cameras key functions are operable, including access to the ‘Fn’ (Function) and ‘Menu’ buttons, image playback and several other menus and parameters including image rating and other functions that facilitate on-location image sorting.

Additionally, if there is fluorescent or artificial lighting present in a shooting environment, users can activate the Anti-flicker function to allow the α7 III to automatically detect frequency of the lighting and time the shutter to minimise its effect on images being captured.  This minimises any exposure or colour anomalies that can sometimes occur at the top and bottom of images shot at high shutter speeds.

The new α7 III is an outstanding video camera as well, offering 4K (3840×2160 pixels) video recording across the full width of the full-frame image sensor.  In video mode, the camera uses full pixel readout without pixel binning to collect about 2.4x the amount of data required for 4K movies, and then oversamples it to produce high quality 4K footage with exceptional detail and depth. 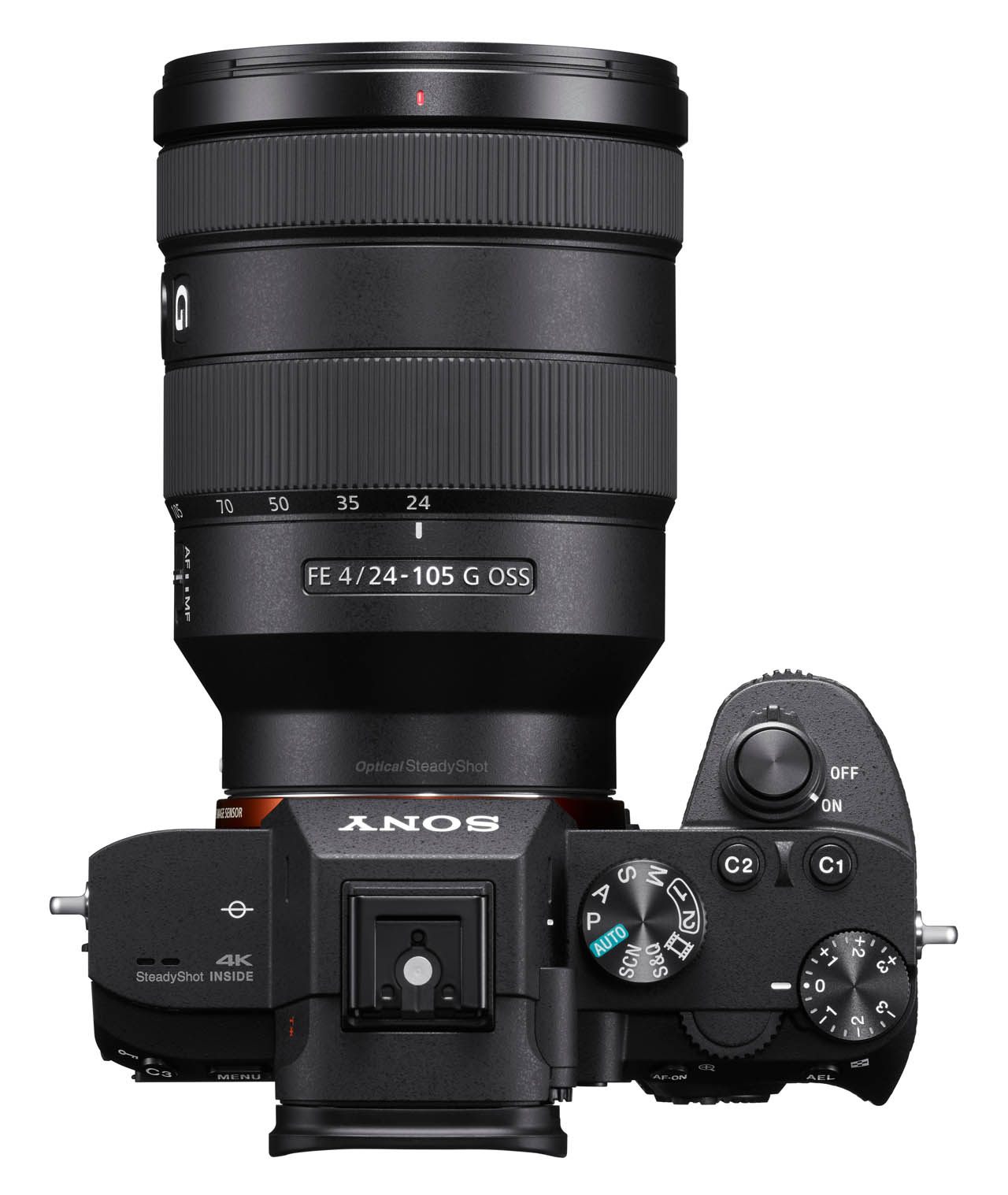 An HLG (Hybrid Log-Gamma)  picture profile is available on the α7 III as well, which supports an instant HDR workflow, allowing HDR (HLG) compatible TV’s to playback beautiful, true-to-life 4K HDR imagery.  Further, both S-Log2 and S-Log3 are available for increased colour grading flexibility, as well as zebra functionality, gamma display assist and proxy recording.  The camera can also record Full HD at 120 fps at up to 100 Mbps, allowing footage to be reviewed and eventually edited into 4x or 5x slow motion video files in Full HD resolution with AF tracking.

Sony’s newest full-frame camera is equipped with a variety of enhanced capabilities that were first implemented in the α9 and then again in the α7R III.  These include dual media slots, with support in one slot for UHS-II type SD memory cards.  Users have a variety of options for storing their content in each of the cards, including separate JPEG / RAW recording, separate still image / movie recording, relay recording and more.  Battery life has been greatly extended as well – with a CIPA measurement of up to 710 shots per charge, it offers the world’s longest battery life of any mirrorless camera, as the new camera utilises Sony’s Z series battery NP-FZ100 that have approximately 2.2 times the capacity of the W series battery NP-FW50 utilised in the α7 II. 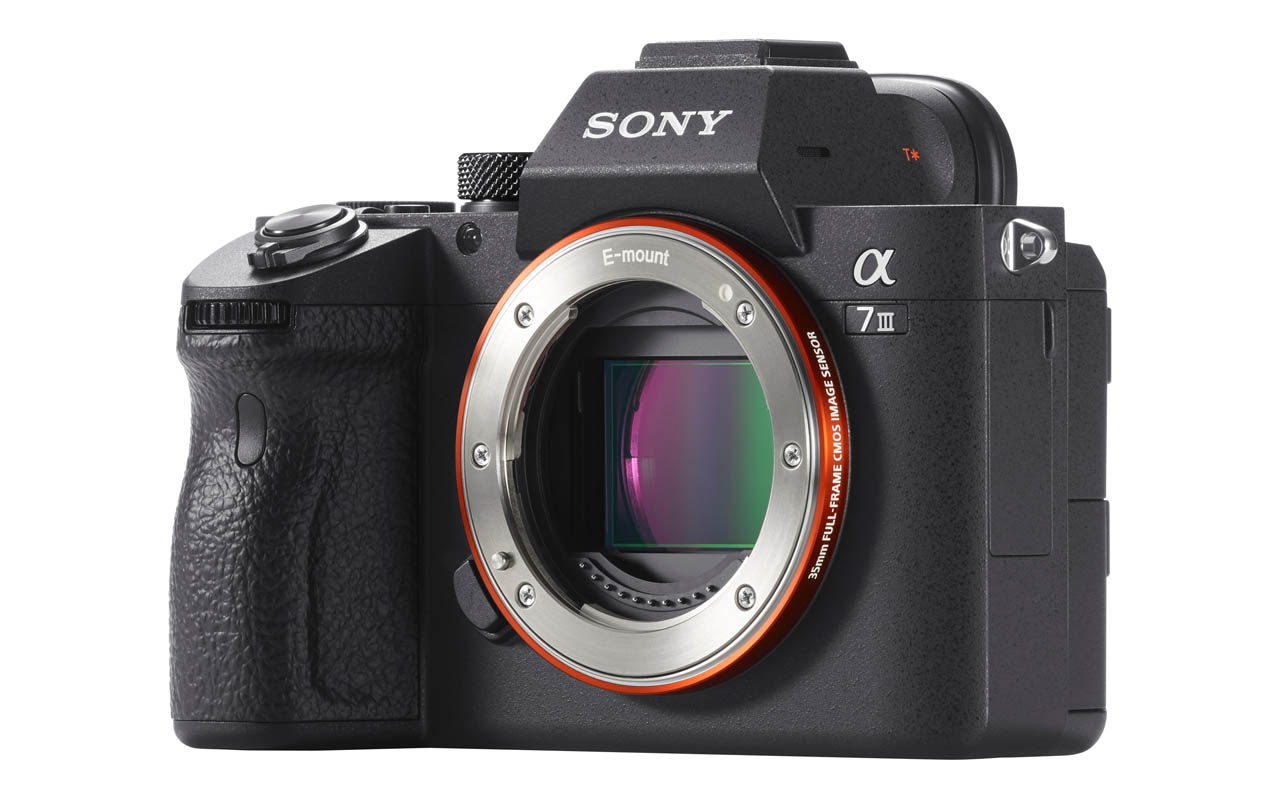 The new camera features “My Menu” functionality which allows up to 30 menu items to be registered for instant recall when needed. Users can also apply star ratings to their still images through the camera controls for easier image playback and review, and edit the first three characters of all still image files.  Additionally, there is a total of 81 functions that are assignable to 11 custom buttons, and the camera is both dust and moisture resistant. 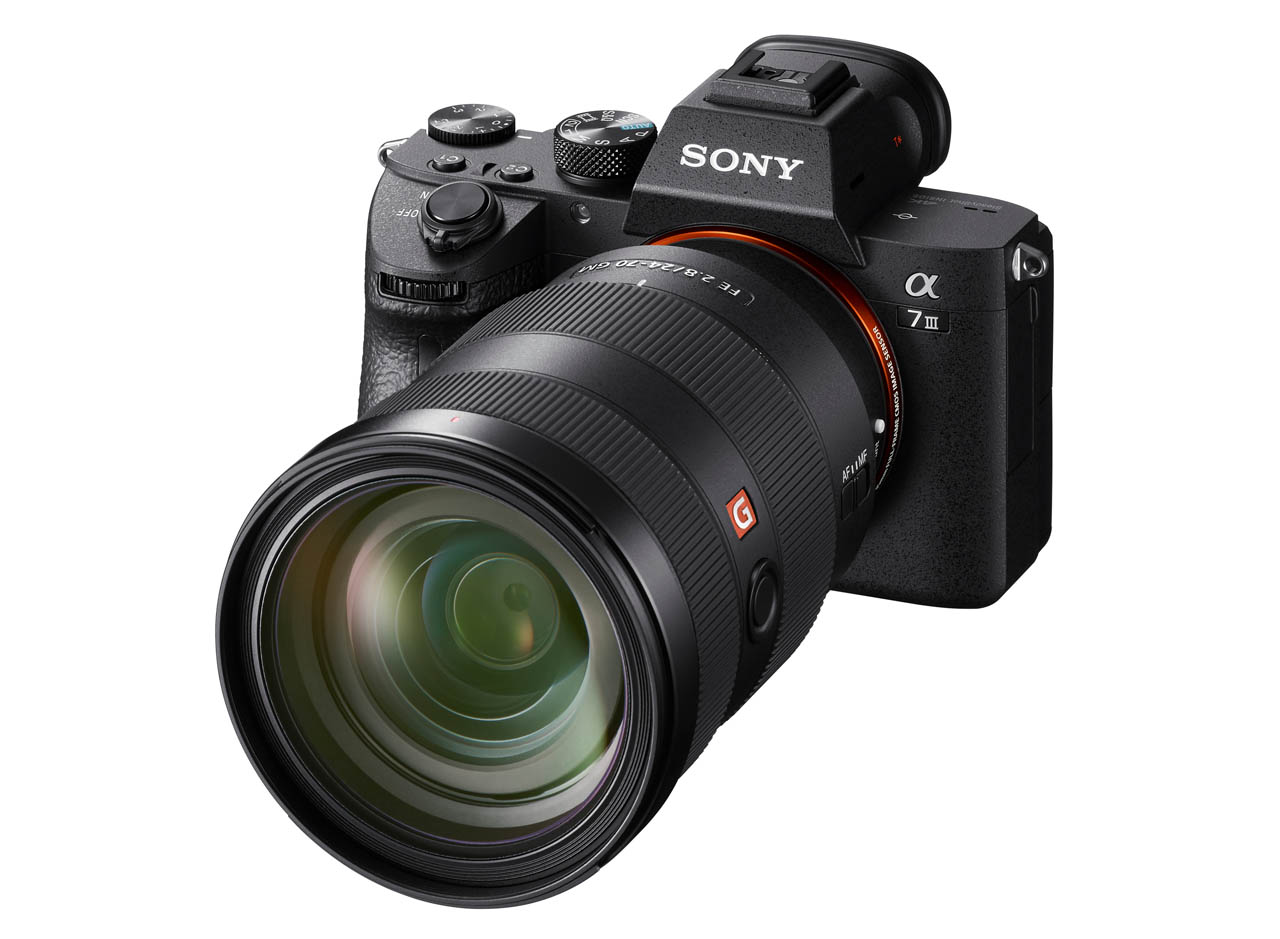 The camera is also compatible with a wide variety of Sony E-mount accessories including the BC-QZ1 Battery Charger and VG-C3EM Vertical Grip.